Hollywood’s cavalier, distorted, and often hostile view of Christ and Christianity is nothing new, but an episode of the Netflix animated sitcom Paradise PD may have taken such views one step too far. 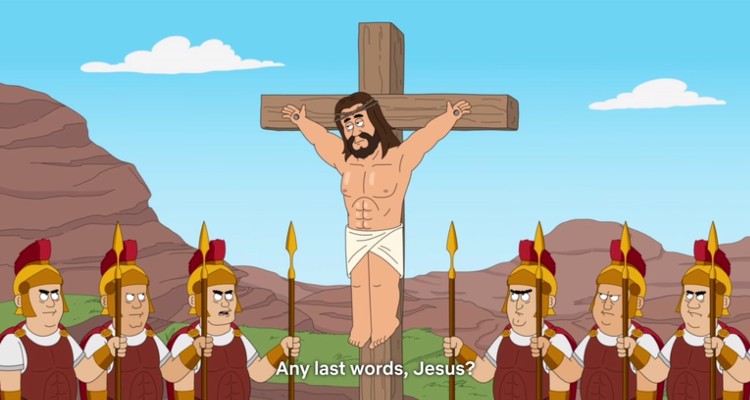 The episode “Trigger Warning”, which according to anti-liberal media bias watchdog website Newsbusters “took on the topic by ridiculing white male gun owners for using guns as a replacement for testosterone“, recently sparked outrage for its blasphemous depiction of Jesus Christ.

Appearing in a promotional reenactment video created by a parody of the NRA (colorfully referred to as the “Nards Removed Association”, Jesus appears on the cross and can be heard blasphemously uttering “Messia-yanora, b—–s” before the nails in his hands turn into machine guns and he breaks free from his cruxifcition and guns down his Roman persecutors. 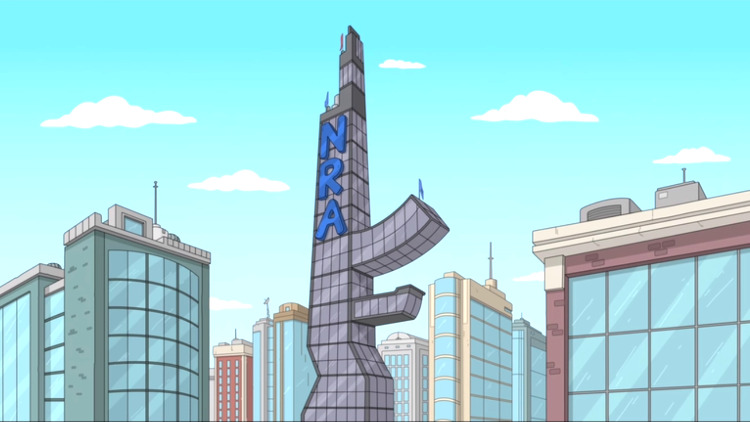 Within the context of the episode’s plot, the clip is supposed to promote gun use, in a skewed way, by showing effective they would’ve been in Jesus’s time.

This particular segment can be seen below, though we do caution a content warning for the scene’s sacrilegious imagery.

Related: Overabundant Emphasis On Woke Content Likely The Reason Behind Netflix Losing Nearly Half Million Subscribers In The United States And Canada

It should be noted, based on Scriptural and Traditional Christian teaching, Christ would not have done either of the above, even if he was armed as he went willingly to his Crucifixion with the understanding of his mission as the Lamb of God.

Also on display at the NRA headquarters in “Trigger Warning” is a gun pit in which a dead child is found buried underneath a collection of firearms next to the corpse of Charlton Heston, whose corpse bears a sign reading “Pry this gun from my cold, dead hands and win a Republican Senate seat,” a sarcastic take on the late actor’s famous quote made in defense of gun rights. 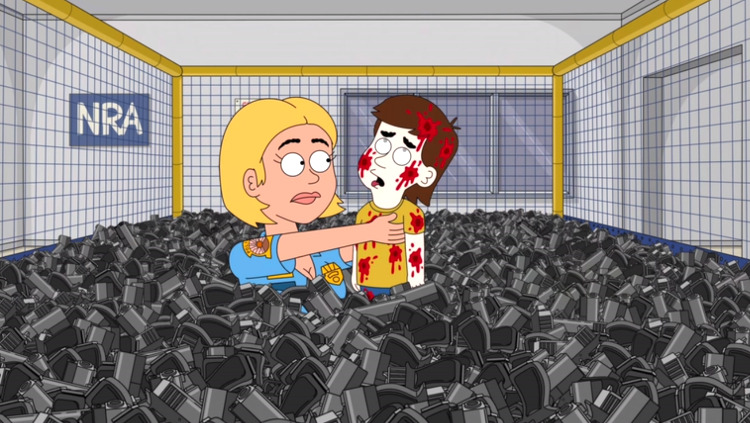 In response to the episode’s production, Catholic group America Needs Fatima created a petition urging Netflix’s Chief Content Officer Ted Sarandos to apologize and take the episode down on the grounds that “Our Lord was not impure nor immoral as depicted.”

“In a sickening episode on Netflix, Paradise P.D., Our Lord Jesus Christ is blasphemed in a most horrendous and impure way,” the petition explains. “THIS IS NOT ENTERTAINMENT. For any reasonable person it is, at a minimum, tempting God.” 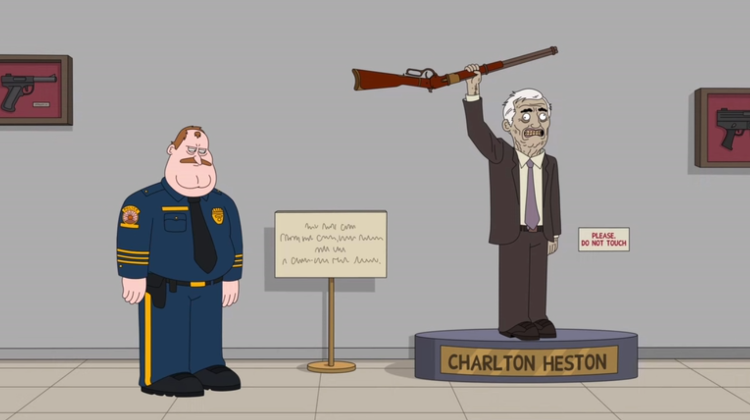 Finally, the text sent on the petition itself pleads for an apology, reading, “I demand you apologize and urge you to take down the episode immediately.” With a goal of 30,000 signatures, ANF’s petition stands at 28,028 as of this writing.

This depiction of Christ is far from the only time animation has given audiences a bizarre or crooked caricaturing of the Lord, as in Family Guy alone, he’s been depicted as either bumbling, flawed, willing to use a firearm, and even divorced – imagery which is just the tip of the iceberg with that program. 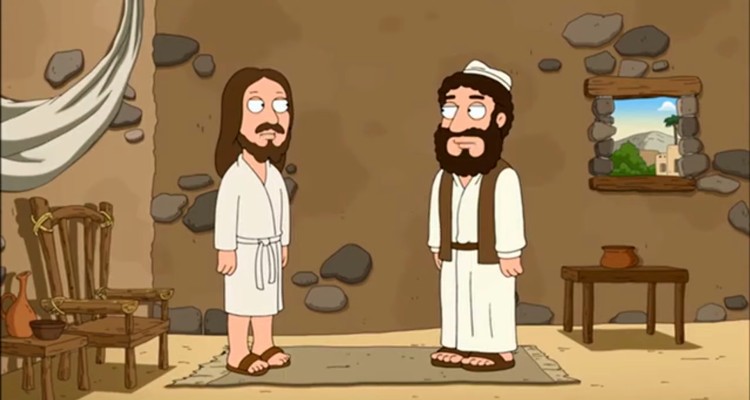 This is only the latest controversy to hit Netflix in the past year, with the biggest being their shocking decision to make the French film Cuties, which features content best described as ‘peodphilic’, available for streaming.

What do you make of this scene and its depiction of Christ? Kindly tell us in the comments below or on social media!