A newly announced Star Wars book titled Star Wars: Shadow of the Sith will seemingly showcase Luke Skywalker as a failure as he chases Ochi of Bestoon across the galaxy.

The book was announced by Lucasfilm on October 7th in a blog post on the official Star Wars website.

A brief description of the book states, ” Star Wars: Shadow of the Sith, a novel from author Adam Christopher, takes place after Star Wars: Return of the Jedi and finds Luke Skywalker and Lando Calrissian on a mission to locate Exegol.” 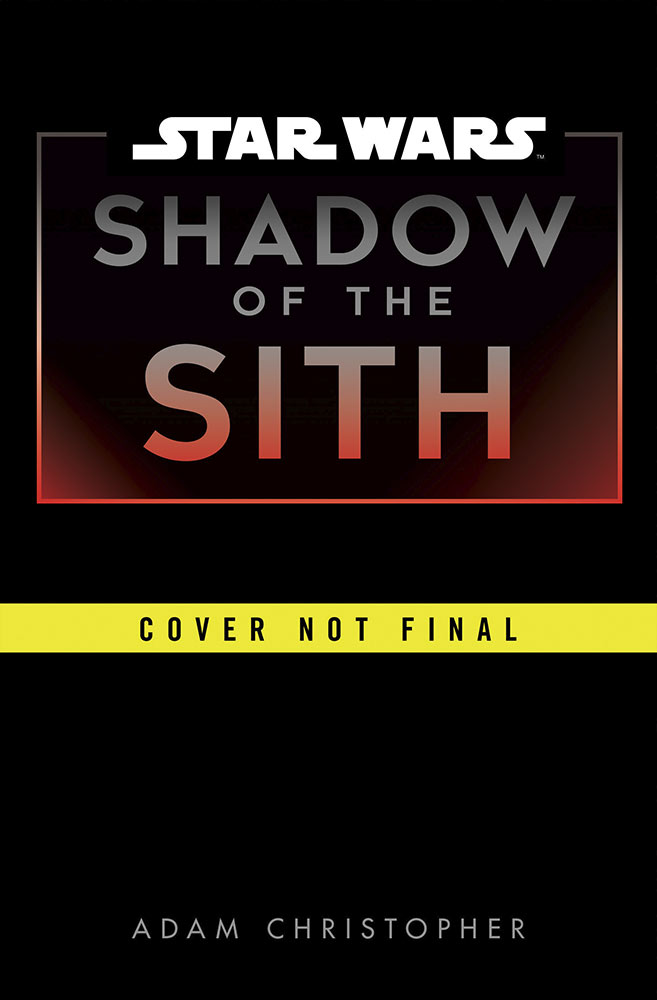 Christopher teased the book on Twitter writing, “So that little book I was working on? Well… Luke and Lando chase Ochi of Bestoon across the galaxy… and try to rescue a certain young family on the run… STAR WARS: SHADOW OF THE SITH is out June 2022!” 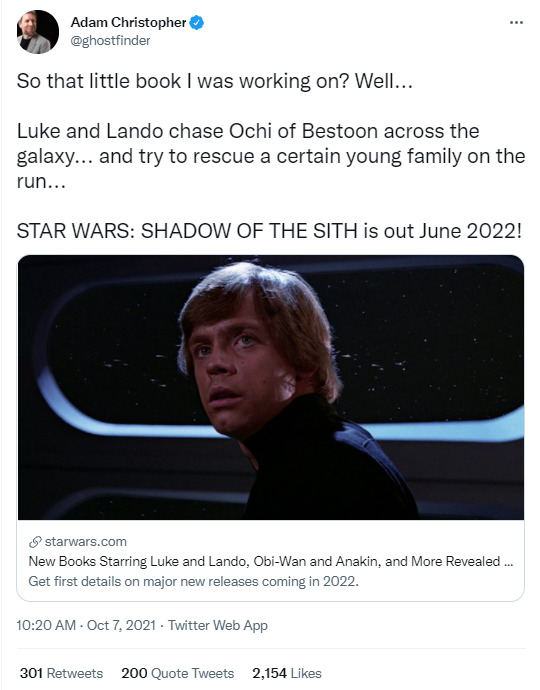 A much lengthier official description shared in the blog post reveals just who the young family is.

It begins, “Luke Skywalker and Lando Calrissian return in this essential novel set between Return of the Jedi and The Force Awakens.”

“The Empire is dead. Nearly two decades on from the Battle of Endor, the tattered remnants of Palpatine’s forces have fled to the farthest reaches of the galaxy. But for the heroes of the New Republic, danger and loss are ever-present companions, even in this newly forged era of peace,” it continues.

It then details, “Jedi Master Luke Skywalker is haunted by visions of the dark side, foretelling an ominous secret growing somewhere in the depths of space, on a dead world called Exegol. The disturbance in the Force is undeniable…and Luke’s worst fears are confirmed when his old friend, Lando Calrissian, comes to him with reports of a new Sith menace.”

Finally, it hints that this family is actually Rey’s family fleeing the Sith assassin Ochi, “After his daughter was stolen from his arms, Lando searched the stars for any trace of his lost child. But every new rumor only led to dead ends and fading hopes–until he crossed paths with Ochi of Bestoon, a Sith assassin tasked with kidnapping a young girl.”

It then confirms that it is Rey and her family, “Ochi’s true motives remain shrouded to Luke and Lando. For on a junkyard moon, a mysterious envoy of the Sith Eternal has bequeathed a sacred blade to the assassin, promising that it will give him answers to the questions that have haunted him since the Empire fell. In exchange, he must complete a final mission: return to Exegol with the key to the Sith’s glorious rebirth—the granddaughter of Darth Sidious himself, Rey.”

“As Ochi hunts Rey and her parents to the edge of the galaxy, Luke and Lando race into the mystery of the Sith’s lingering shadow and aid a young family running for their lives,” the description concludes.

In Star Wars: The Rise of Skywalker, the bones of this story were planted.

Lando Calrissian explained to Rey and her companions, “Luke and I were tailing an old Jedi hunter, Ochi of Bestoon. He was carrying a clue that could lead to a wayfinder. We followed his ship halfway across the galaxy here. When we got to his ship, it was abandoned… No clue. No wayfinder.”

Later in the film, Kylo Ren tells Rey to search her memories. And she does. She remembers her parents leaving her on Jakku with Unkar Plutt.

Ren then tells her, “It was Palpatine who had your parents taken. He was looking for you. But they wouldn’t say where you were. So he gave the order.”

The film then shows Ochi killing both of Rey’s parents with Rey’s mom telling Ochi, “She isn’t on Jakku. She’s gone.”

Related: Luke Skywalker Series Rumor Claims Lucasfilm Plans To Radically Alter The Struggle Between Light Side vs Dark Side

What does this mean? As YouTuber OG Star Wars points out it means Luke and Lando failing to locate and stop Ochi makes them responsible for Rey’s family being murdered. 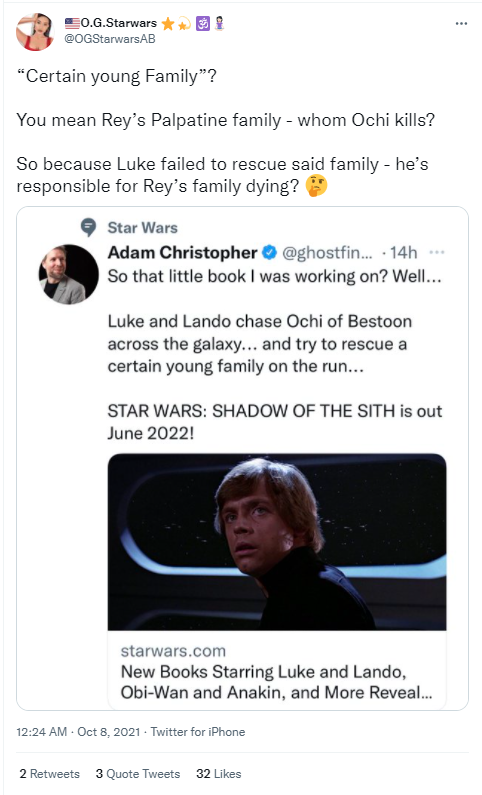 It’s just another slap in the face to the legacy of Luke Skywalker and the seemingly apparent agenda to destroy his character by Disney and the people currently running Lucasfilm.

What do you make of this new book and what it plans to do to Luke Skywalker?