It was only supposed to be a three-hour tour, and while the resulting shipwreck of Gilligan’s Island was unfortunate, could have been far more grim and gruesome if director James Gunn and Being John Malkovich writer Charlie Kaufman got their way when reinventing the series. 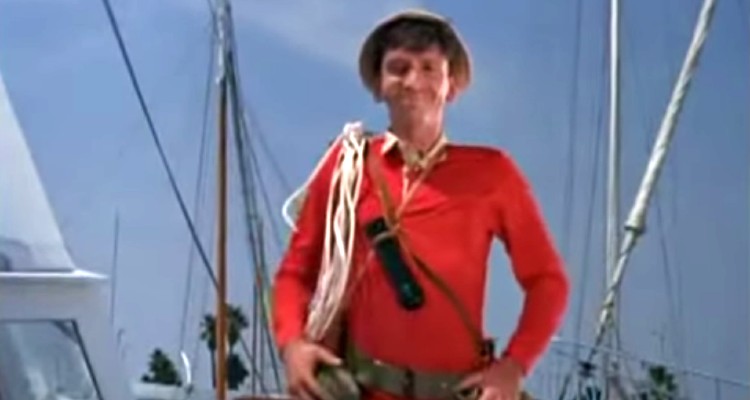 In response to a recent meme challenge circulating on Twitter, which asks respondents to “pitch a movie with two pictures, no caption”, Gunn revealed on that he had once championed a script by Kaufman that would’ve taken the marooned tourists and their tomfoolery down the road to cannibalism.

Pitch a movie with two pictures, no caption. https://t.co/siUuPbozqU pic.twitter.com/tg4ZpRp8kH

Sharing the requisite two photos, Gunn presented one of the cast members of Gilligan’s Island alongside a 1562 engraving made by Theodor de Bry depicting the cannibalism seen by Hans Staden in 1557, explaining in his thread that he and Kaufman’s managed to sell their plans for a potential reboot (no surprise) to Warner Bros.

Fortunately for good taste, the sitcom’s creator, Sherwood Schwartz, had something to say about it.

“A true story: In the late 90’s screenwriting GOAT Charlie Kaufman pitched a movie version of Gilligan’s Island where the islanders, starving & desperate, started killing & eating each other,” Gunn tweeted. “Warner Bros wanted to do it – but Sherwood Schwartz, the creator, said no way.” 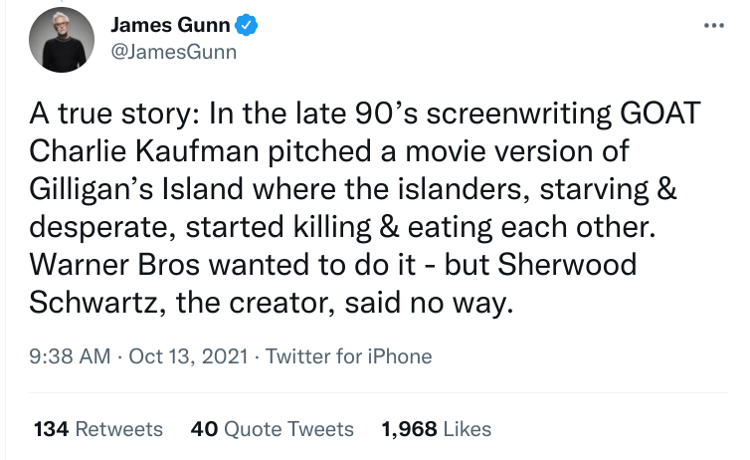 The chance to make it came around again after 2014 when Guardians of the Galaxy became a hit and Gunn, Kaufman, and WB were ready, but Schwartz’s estate stepped in, leaving the creative team to only wait until someone changes their mind.

“After Guardians I tried to resurrect the idea & wanted to direct,” Gunn continued. “It seemed Warners & Charlie were interested but, this time, the estate of the late Sherwood Schwartz nixed it. Anyway, if the Schwartz estate changes their mind, I’m here.” 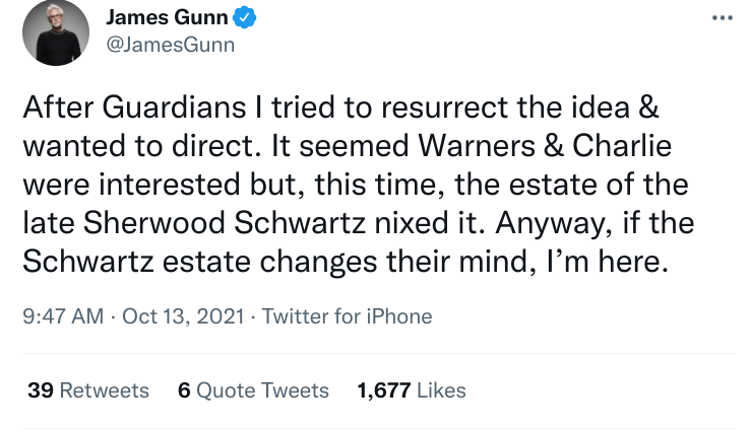 A staple of classic TV and channels like TV Land and Nick at Nite once upon a time, Gilligan’s Island and its story of stranded travelers who couldn’t get back to the mainland lasted three seasons from 1964 to’67 and even made a comedy legend out of Bob Denver for his portrayal of the bumbling titular Gilligan.

He and the show were a favorite of young Baby Boomers who can still remember them fondly. Later on, like The Addams Family, Gilligan won over new audiences in the next few generations through syndicated broadcasts and tireless references in pop culture.

Since Hollywood can’t stop rebooting or adapting old TV shows into movies, despite the mixed success of every such endeavor, you would think a remake of Gilligan’s Island would’ve happened already. At the very least, somebody could have pitched a pure reboot true to the show and without cannibals or horror elements.

Maybe studio executives have been looking at the failures of the latest Charlie’s Angels and the 2020 Fantasy Island and are suddenly hesitant to move forward with just any reboot. In the latter case, the filmmakers went in the direction of horror and the gamble not only didn’t work out, but the film was also memory-holed for the sake of the new Fantasy Island series on Fox that debuted last summer. 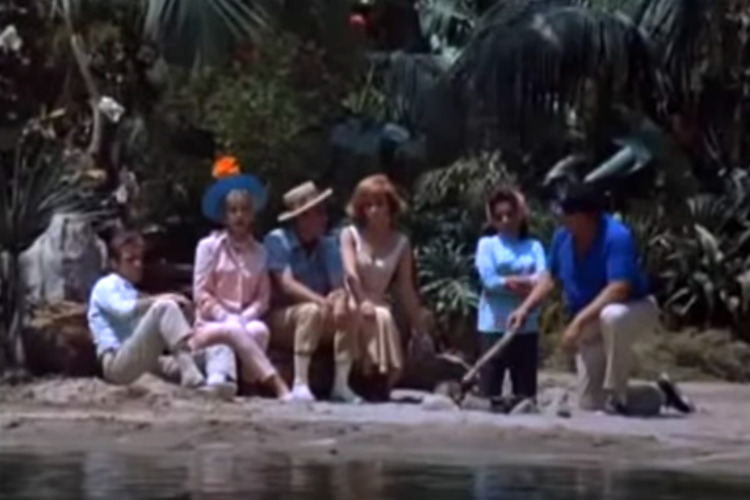 Do you agree? Or would you like to see James Gunn reimagine and continue Gilligan’s Island? Let us know your opinion on social media or in the comments down below – especially if you consider yourself a fan of the old show!