Not one to be left behind by the growing trend of intra-company crossovers – as evidenced by their production of the rushed Justice League film and the IP-crammed abomination that is Space Jam: A New Legacy – a leaked screenshot appears to indicate that Warner Bros. is throwing their hat into the crossover fighting game fray. 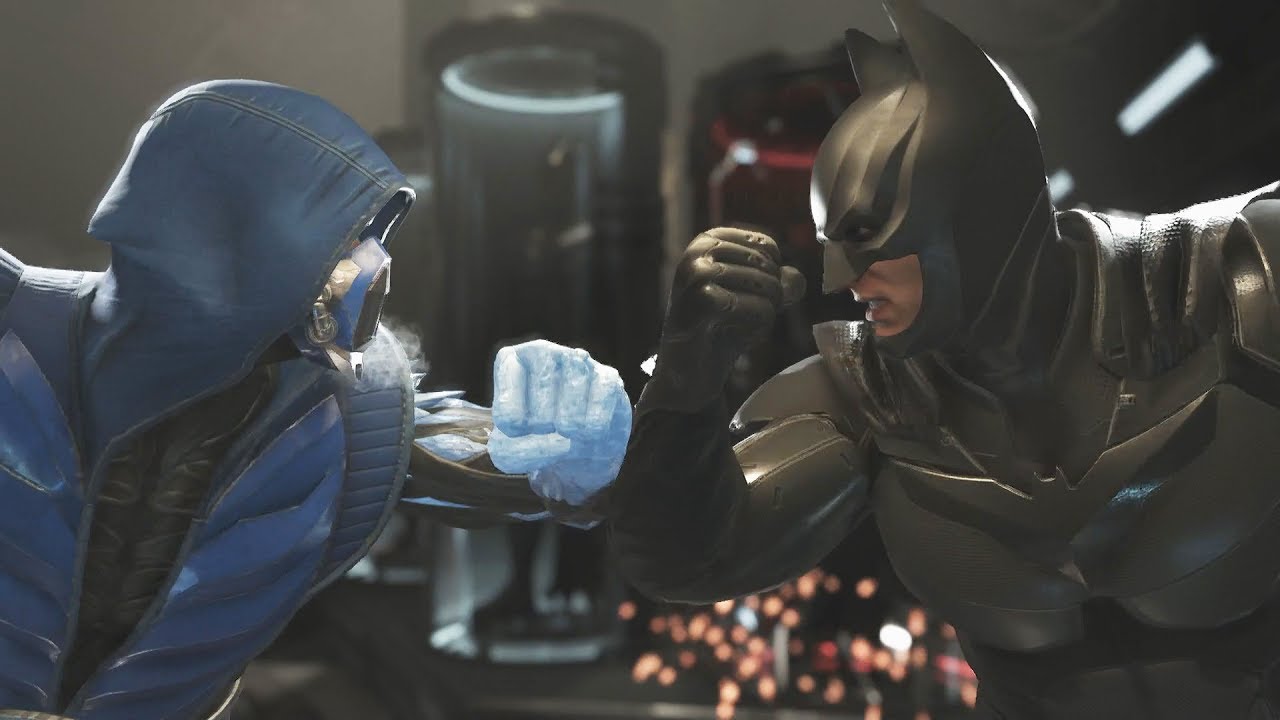 Though word of the game’s general existence had been whispered across social media for a few days prior, details regarding its supposed development first made its way into the public sphere on October 26th, courtesy of professional Super Smash Bros. player Juan Manuel “Hungrybox” DeBiedma.

“Don’t ask me how I got this LOL,” wrote DeBiedma. “I’ve been provided secret info for the Warner Bros. fighter from multiple sources, all corroborating the same claims.”

According to the noted video game personality, his sources claimed that the game would be “free to play,” feature “cross console play” and “voice acting for all characters,” as well as playable appearances by both Batman and Rick and Morty’s Rick Sanchez. 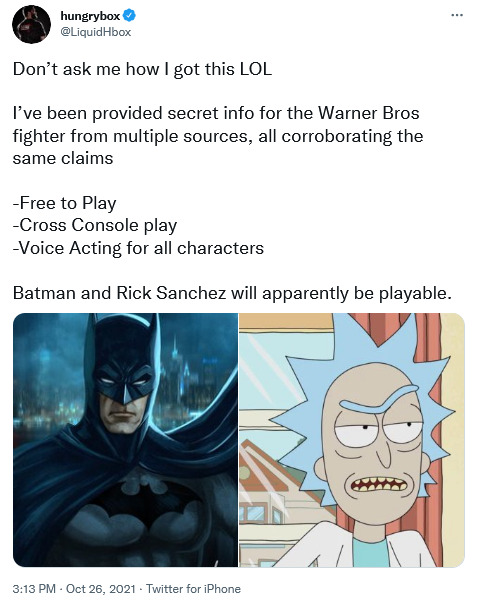 The next day, in response to accusations that he had made the project up for attention,  DeBiedma returned to Twitter with a particularly convincing piece of evidence: an alleged screenshot showing a small selection of the game’s supposed roster.

“Y’all thought I was lying, huh?” asked DiBiedma, who then asserted that the game will be titled “Warner Bros. Multiversus”. 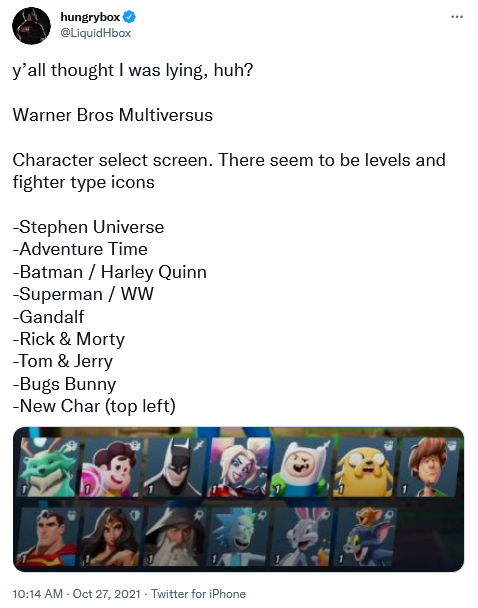 As both noted by DiBiedma and seen in the provided screenshot, the game will not only feature a leveling system and a “fighter type” strength/weakness mechanic, but also, at current, a base roster of at least twelve fighters, including: 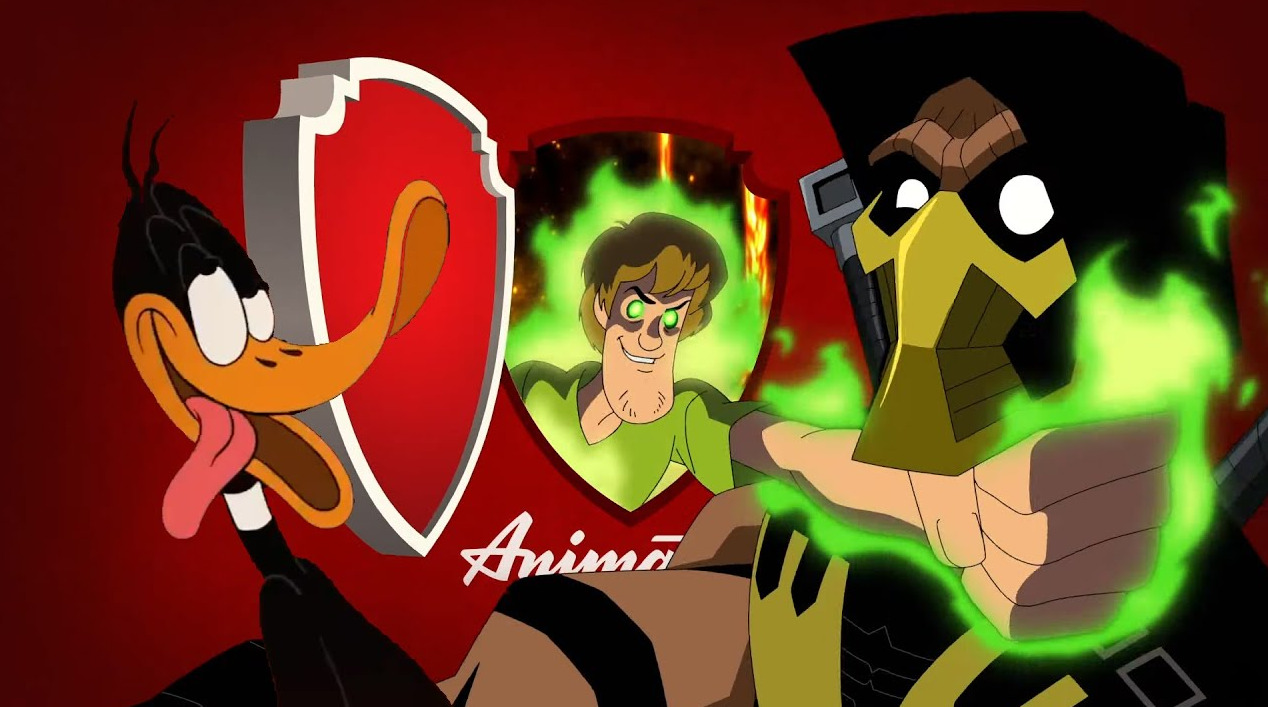 Interestingly enough, DiBiedma later published a video to his YouTube channel that same day discussing the assumed screenshot of Warner Multiversus’ roster, only for said video to be blocked by Warner Bros. on copyright grounds just a few hours later.

“And that, my friends, is what we call a ‘hard confirm,’” he declared on Twitter following the video’s takedown. 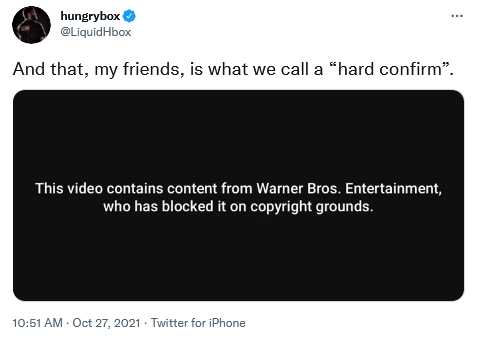 Obviously inspired by Super Smash Bros., it remains to be seen exactly which calibur of Smash clone – a mechanics-heavy competitive platform fighter ala the recently released Nicktoons All-Star or a poorly-undertaken attempt to cash-in on the crossover phenomena like PlayStation All-Stars Battle Royale Brawl – the Warner Multiversus game will be.

Are you excited for a Warner Bros. crossover fighting game? Let us know your thoughts on social media or in the comments down below!