A couple of  new Black Panther rumors are making the rounds with one of them claiming that two characters will take on the role after T’Challa.

Marvel Studios boss Kevin Feige previously announced that Chadwick Boseman’s T’Challa would not be recast when he announced the Black Panther sequel.

During Disney’s Investor Day 2020 presentation Feige said, “I wanted to acknowledge the devastating loss of a dear friend and member of the Marvel Studios family. Chadwick Boseman was an immensely talented actor and an inspirational individual, who affected all of our lives professionally and personally.”

He then added, “His portrayal of T’Challa, the Black Panther, is iconic and transcends any iteration of the character in any other medium from Marvel’s past. And it’s for that reason we will not recast the character.”

Feige went on to say, “However, to honor the legacy that Chad helped us build through his portrayal of the king of Wakanda, we wanted to continue to explore the world of Wakanda and all of the rich and varied characters introduced in the first film.”

He concluded, “Writer/director Ryan Coogler is hard at work on the sequel now and will bring the film to you in theaters on July 8th 2022.”

Back in November 2020, she tweeted, “I hear that they are making a Chadwick Boseman digital double that’s looking very life like…”

She added, “The current plan is that T’Challa will die in battle at the beginning of the film & Shuri becomes the new Black Panther.” 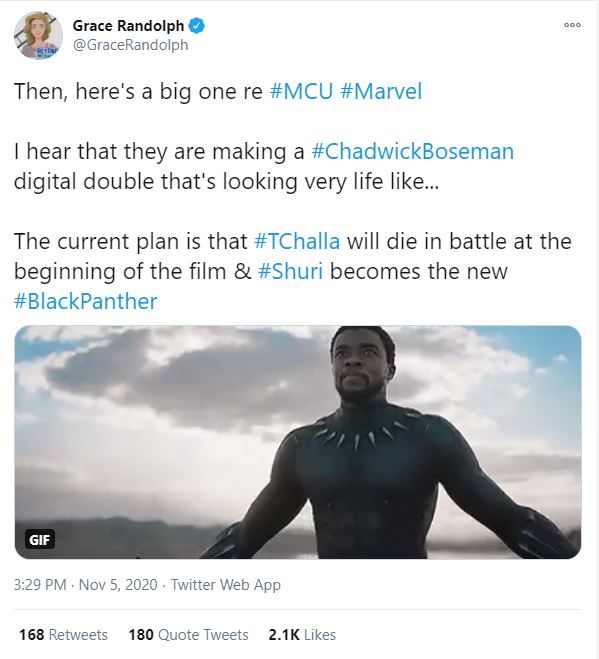 Randolph would also add that a version of the script heavily implies that Namor is the villain of the film.

She wrote, “Also there is a version of the script where T’Challa & Shuri’s mother was killed a long time ago by Atlanteans. Thus raising the stakes vs Namor.”

She concluded the tweet with the caveat, “We’ll see if they stick with that.” 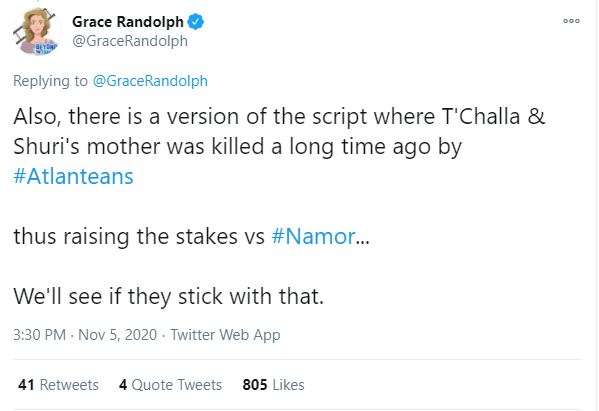 Marvel Studios producer Victoria Alonso made it very clear that they would not be using a CGI double for T’Challa.

She told Deadline, “No. There’s only one Chadwick, and he’s no longer with us. Sadly, our king has died in real life, not only in fiction, and we’re taking a little time to see how we continue the story and how to honor this chapter of what has unexpectedly happened to us, so painful and terrible to be honest.”

Chadwick wasn’t only a wonderful human being, every day of the 5 years we spent together, but also, I believe, that what he did as a character elevated us as a company, and has left his moment on history,” Alonso continued.

While Alonso would discredit the idea of a CGI double for Boseman, she didn’t address the idea of Shuri becoming Black Panther.

In fact, scooper Daniel Richtman claims that Shuri will indeed become Black Panther and Namor will be the villain.

Twitter account Binge Watch This quoted Richtman saying, “I can confirm Shuri is the lead and Namor is the villain.” The scooper went on to retweet it. 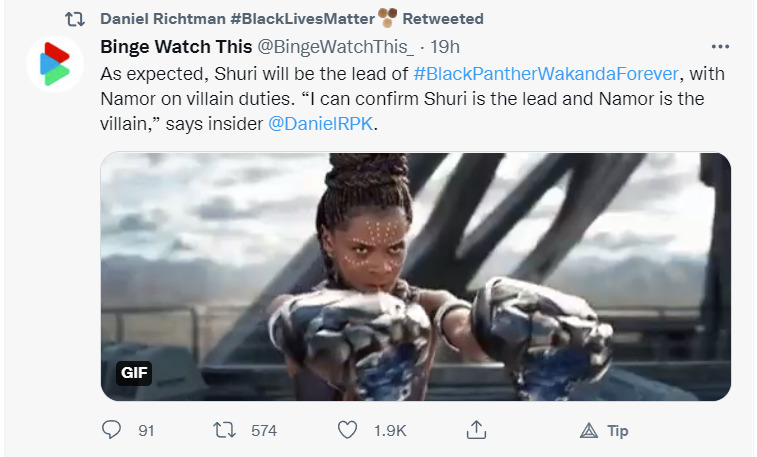 While Richtman would claim Shuri would become Black Panther, Randolph would add more details claiming, “Ah, but get this – #Shuri will be #BlackPanther for just one movie… at the request of #LetitiaWright.” 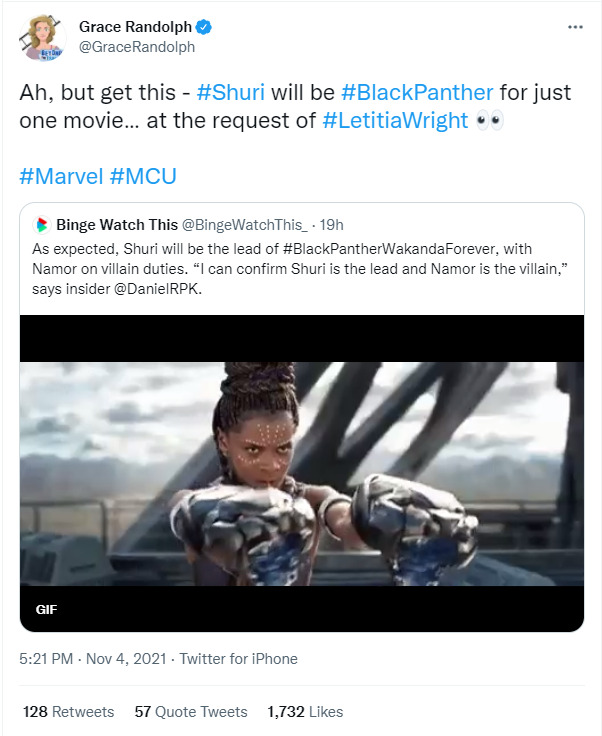 She then added in a subsequent tweet, “Someone else will become #BlackPanther – and that’s all I’m going to say because I don’t want to ruin the end of the movie. It’s a great choice though, people will be happy.” 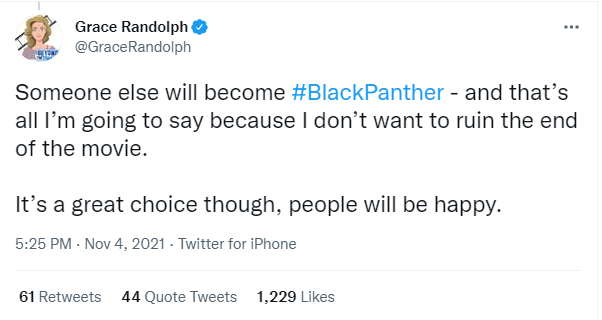 She further clarified, “Someone else will wear the suit, yes.” 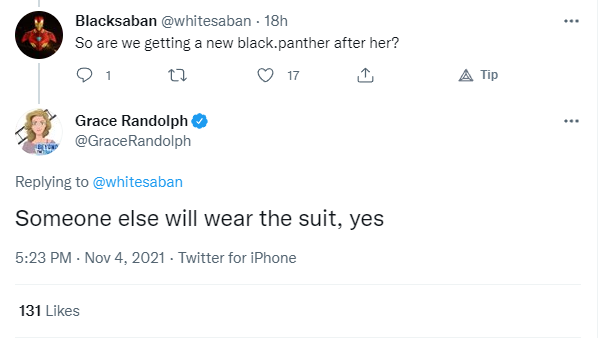 During the Dark Reign event, Shuri would seek out the Panther God to become the next Black Panther after T’Challa is put into a coma by Dr. Doom when he refuses to join his cabal that includes Namor, Norman Osborn, Emma Frost, Loki, and The Hood. 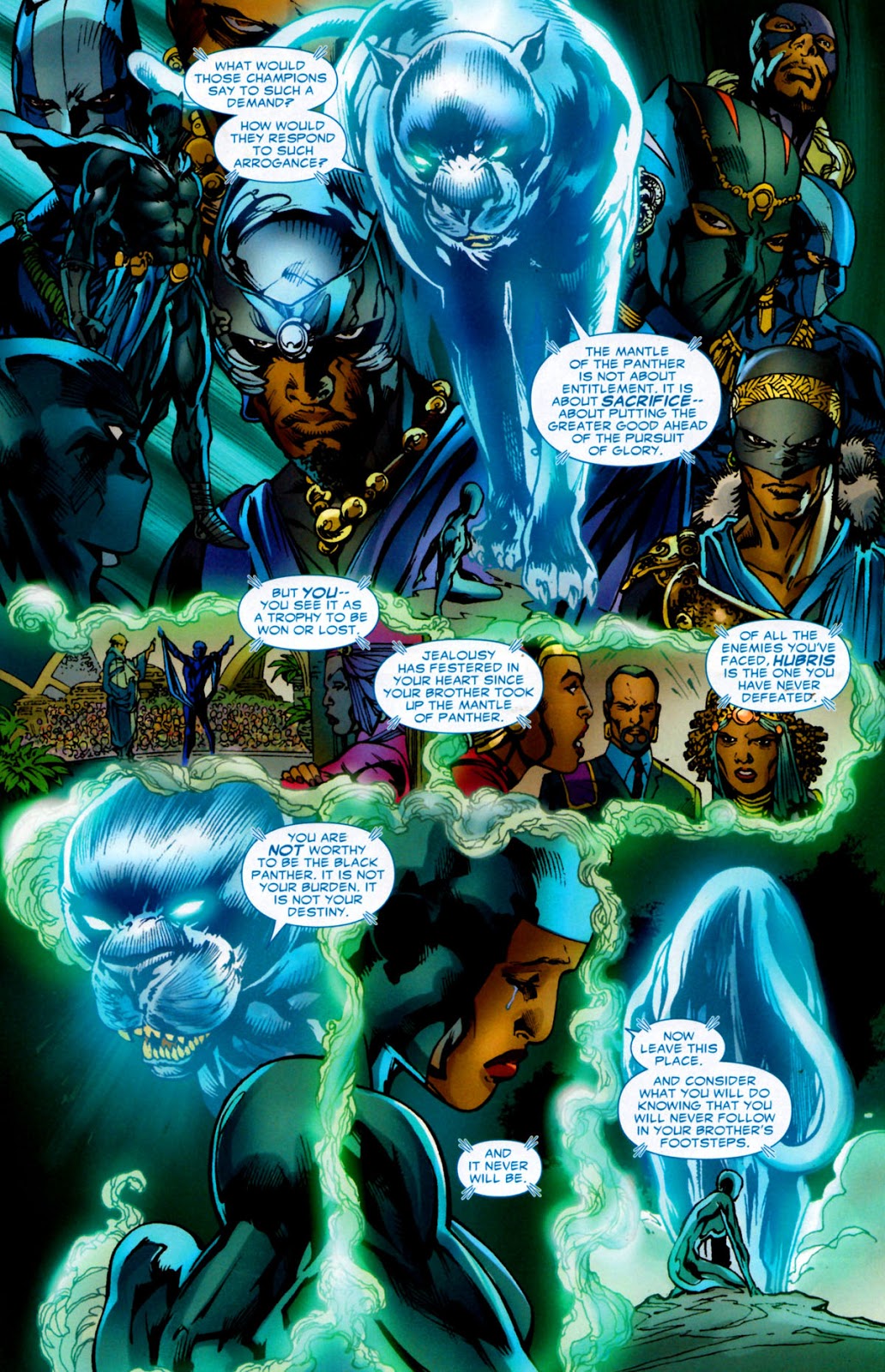 Nevertheless, the Panther God does allow her to live and when Morlun, Devourer of Totems, launches an attack on Wakanda, Shuri puts on the Black Panther outfit and confronts the seemingly unstoppable foe.

She doesn’t do it for her own prideful purposes, but to save her brother, to save her family, and to save her nation and culture from being destroyed. 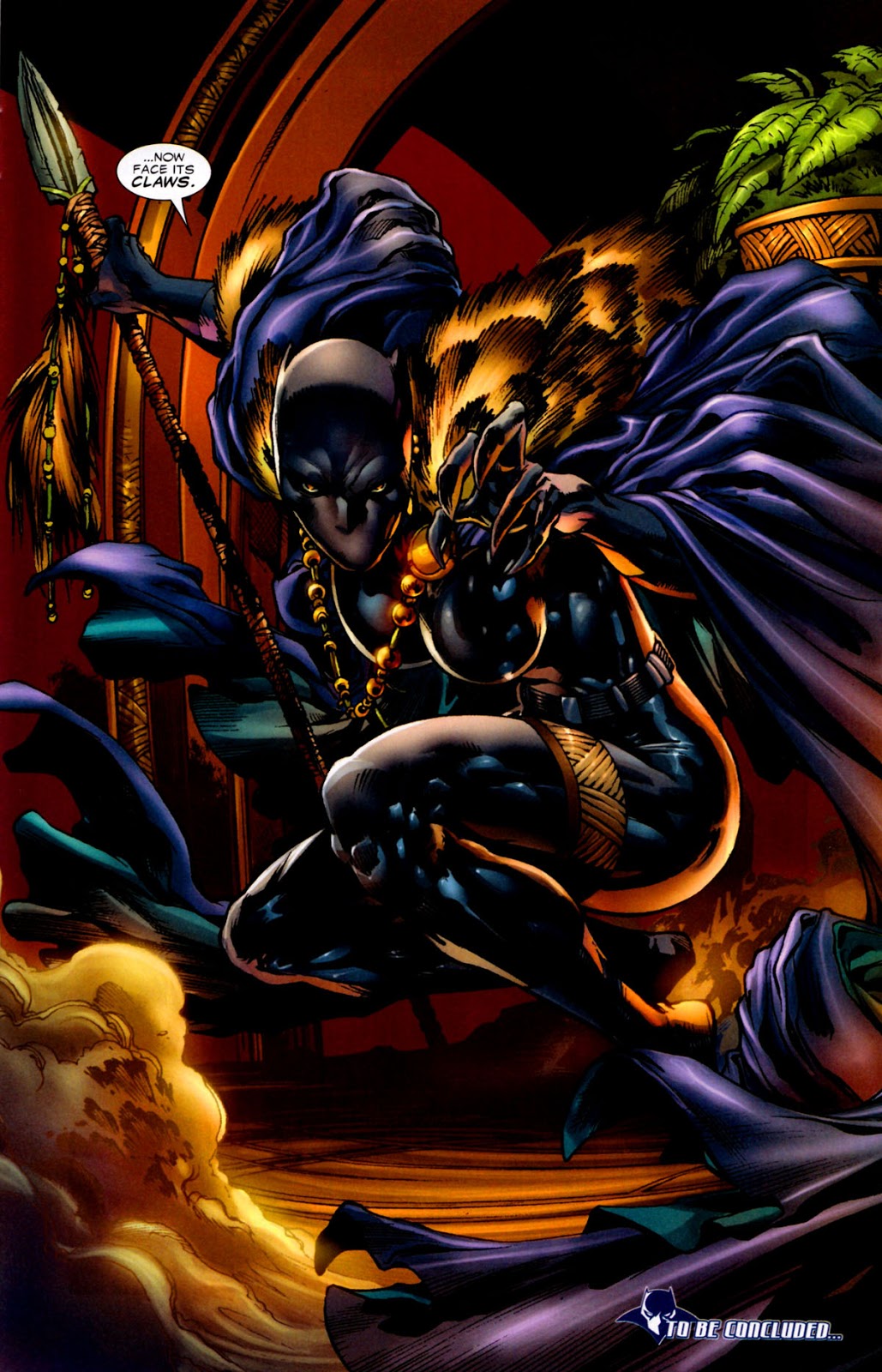 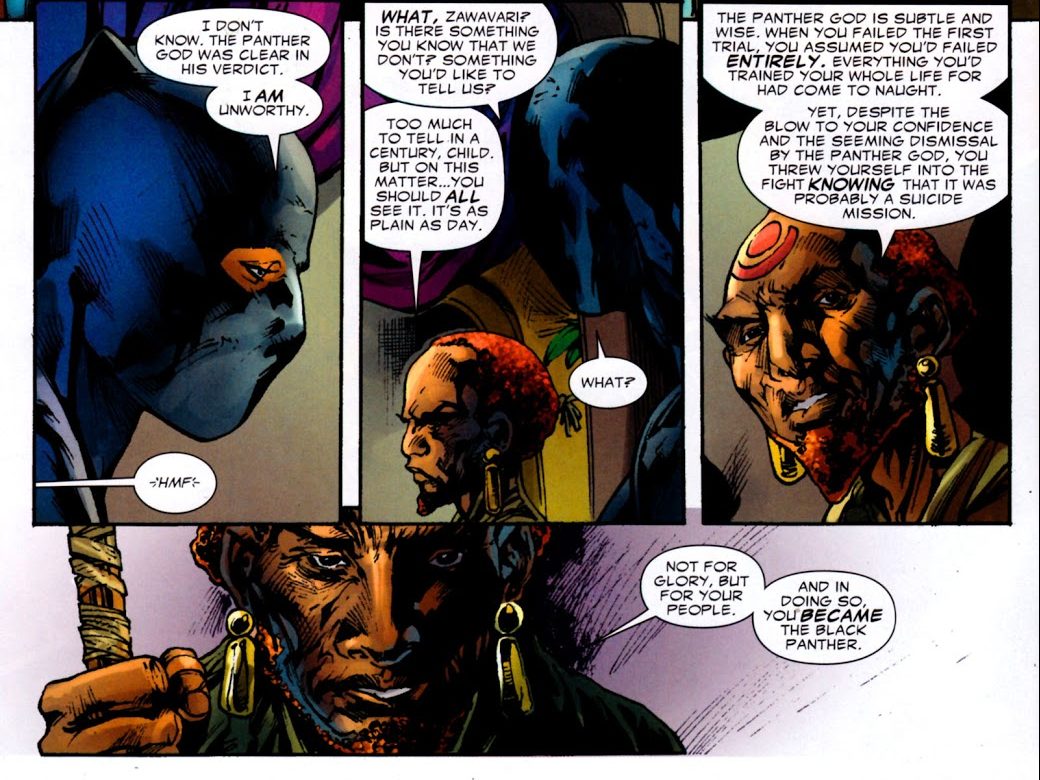 What do you make of this new rumor regarding Black Panther: Wakanda Forever? Who do you think will be this other Black Panther if the rumor is true?