A brand new rumor claims that Michael B. Jordan might reprise his role as Erik Killmonger and become the new Black Panther in Black Panther 2.

This rumor comes from Mikey Sutton at Geekosity Mag and comes on the heels of a recent interview Jordan gave discussing the possibility of reprising his role as Killmonger.

Speaking with People, Jordan was asked if he would return to the role of Erik Killmonger.

He responded, “That’s something that is very, very near and dear to my heart for a lot of obvious reasons. [I] had a really tough year losing somebody close to me. And what that means for that franchise is it was devastating.”

The actor added, “But being in that world in a character that I loved playing, and working with [writer/director Ryan Coogler] and all that good stuff, it’s family. We created a family over there.”

He then confirmed he would be up for reprising the role, “So to be able to be in that world again is something that, I think, will always be on the table in some capacity.”

While Jordan says he’s interested in returning to the role or at the very least it’s on the table, his character was killed by Chadwick Boseman’s T’Challa. In fact, when Black Panther suggests that they might be able to heal him, he refuses.

Killmonger tells T’Challa, “Why? So you can just lock me up? Nah. Just bury me in the ocean with my ancestors that jumped from the ships. Because they knew death was better than bondage.”

He then pulls the blade that T’Challa stabbed him with from his chest and dies.

Well, there might just be an explanation for how Jordan’s Killmonger can return from the dead and become the next Black Panther.

Sutton explains, “Sources inform me that Killmonger could be revived n Black Panther 2 for a redemption arc. He would then become the new Black Panther and gradually train Shuri to take the role in the future.”

Sutton went on to reveal, “Having Jordan as Black Panther would then also fulfill Marvel Studios’ desire to set him up with the mutant Storm in a subsequent movie.”

However, he did state that he has not heard word on how they might bring Killmonger back from the dead.

He does note his character might not actually have to be brought back from the dead. Avengers: Endgame made it abundantly clear that characters can come from alternate timelines like Thanos and Gamora as well as Thanos’ entire army.

While we’ve seen them come from different timelines Sutton also speculates he could come from another reality as well. He says, “There’s also the possibility of him originating from a parallel Earth with the MCU entering multiverse territory.”

If Killmonger does indeed become Black Panther it wouldn’t be the first time.

Back in Iron Man Annual #5, he plots an assassination of T’Challa and it seems to go off extraordinarily well. However, the Black Panther he killed was actually a life model decoy. 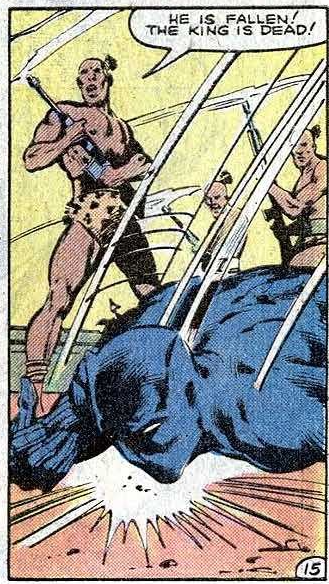 Killmonger also became the King of Wakanda albeit for a short time before T’Challa killed him in the Black Panther movie.

What do you make of this latest Black Panther 2 rumor? Would you want to see Killmonger step into the role of Black Panther?