After performing so terribly that it failed to even offset its initial development costs, Square Enix has thrown in the towel and accepted that, in the end, Crystal Dynamics’ widely-panned Marvel’s Avengers “produced a disappointing outcome.”

Addressing shareholders in their 2021 Annual Report, Square Enix Group President and Representative Director Yosuke Matsuda noted that the company “overcame a variety of unexpected difficulties in the final phase of the game’s development, including needing to transition to work-from-home due to the pandemic,” and while they “were able to surmount these challenges and release the game,” it had “unfortunately not proven as successful as we would have liked.” 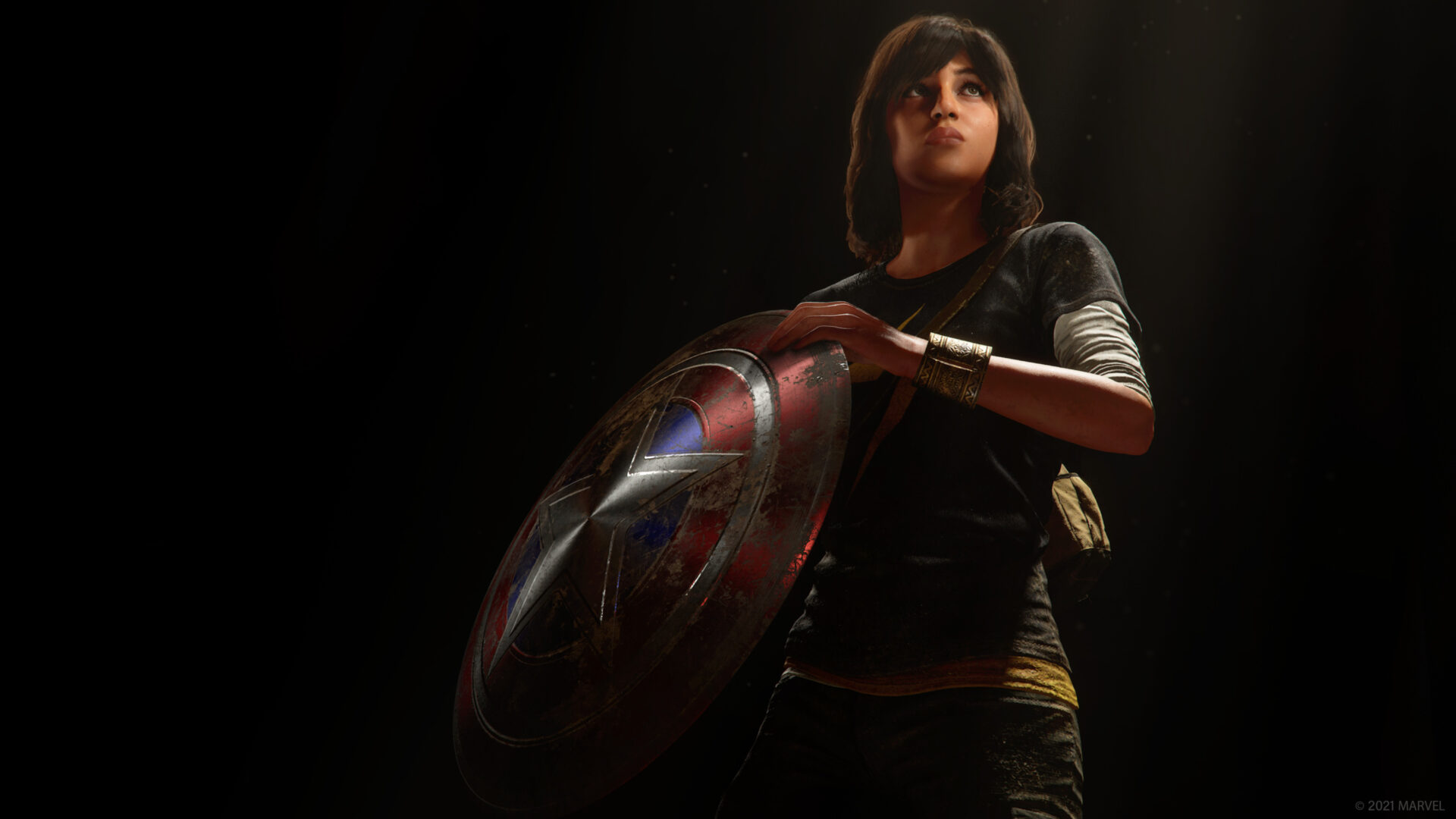 “Nonetheless, taking on the Games as a Service model highlighted issues that we are likely to face in future game development efforts such as the needs to select game designs that mesh with the unique attributes and tastes of our studios and development team,” he continued, vaguely alluding to the apparent misfit between Crystal Dynamics’ design philosophy and SE’s microtransaction-heavy vision for the Avengers IP. 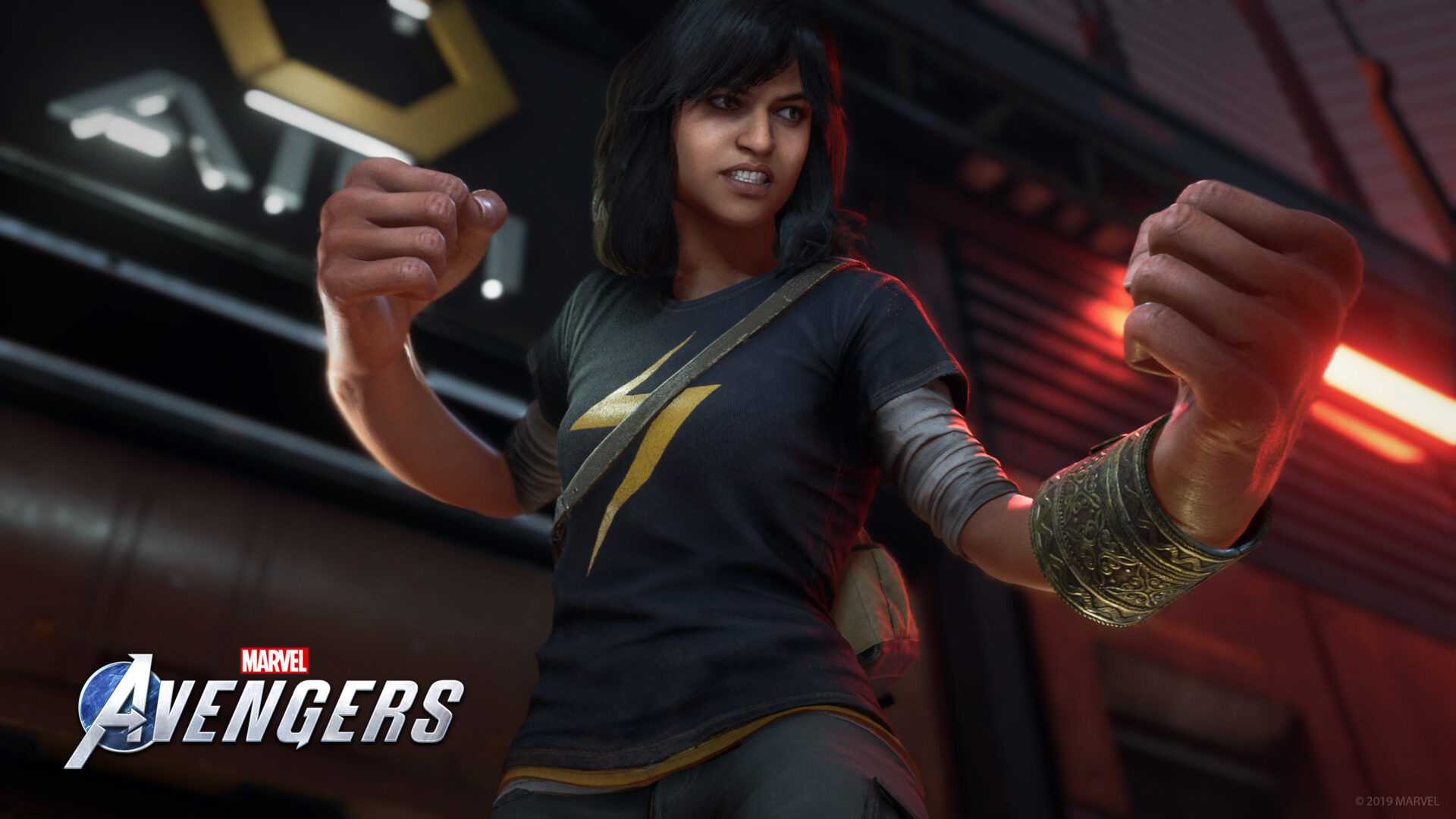 Admitting that “the new challenge that we tackled with this title produced a disappointing outcome,” Matsuda then reassured the public that Square Enix was still “certain that the Game as a Service approach will grow in importance as gaming becomes more service oriented.”

Ultimately, Matsuda concluded that “how we go about creating new experiences by incorporating this trend into our game design is a key question that we will need to answer going forward.”

Interestingly, it seems that despite this Marvel-colored wake-up call, Square Enix still hasn’t figured out how to even begin to right the Marvel’s Avengers’ ship, as even their best efforts result in baffling outcomes.

Look no further than their recent decision to remove “paid consumables” such as XP boosting Hero’s Catalysts and the aptly-named Fragment Extractors from the game. 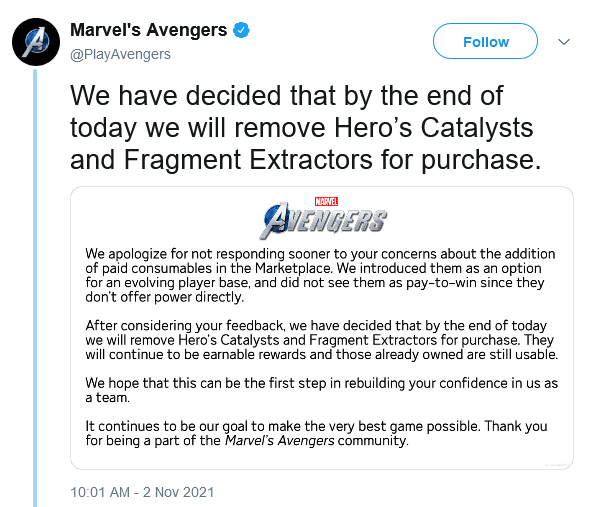 While this would normally be a welcome announcement – despite the stinging fact that their post-launch addition was a betrayal of the developer’s promise that the game would not have “pay to win scenarios” – Crystal Dynamics failed to address a previous XP-gain nerf that was implemented in order to encourage players to purchase the aforementioned microtransactions.

As such, the game continues to dispense XP at this previously reduced rate, rendering Marvel’s Avengers an even more slogging grind-fest than it was before. 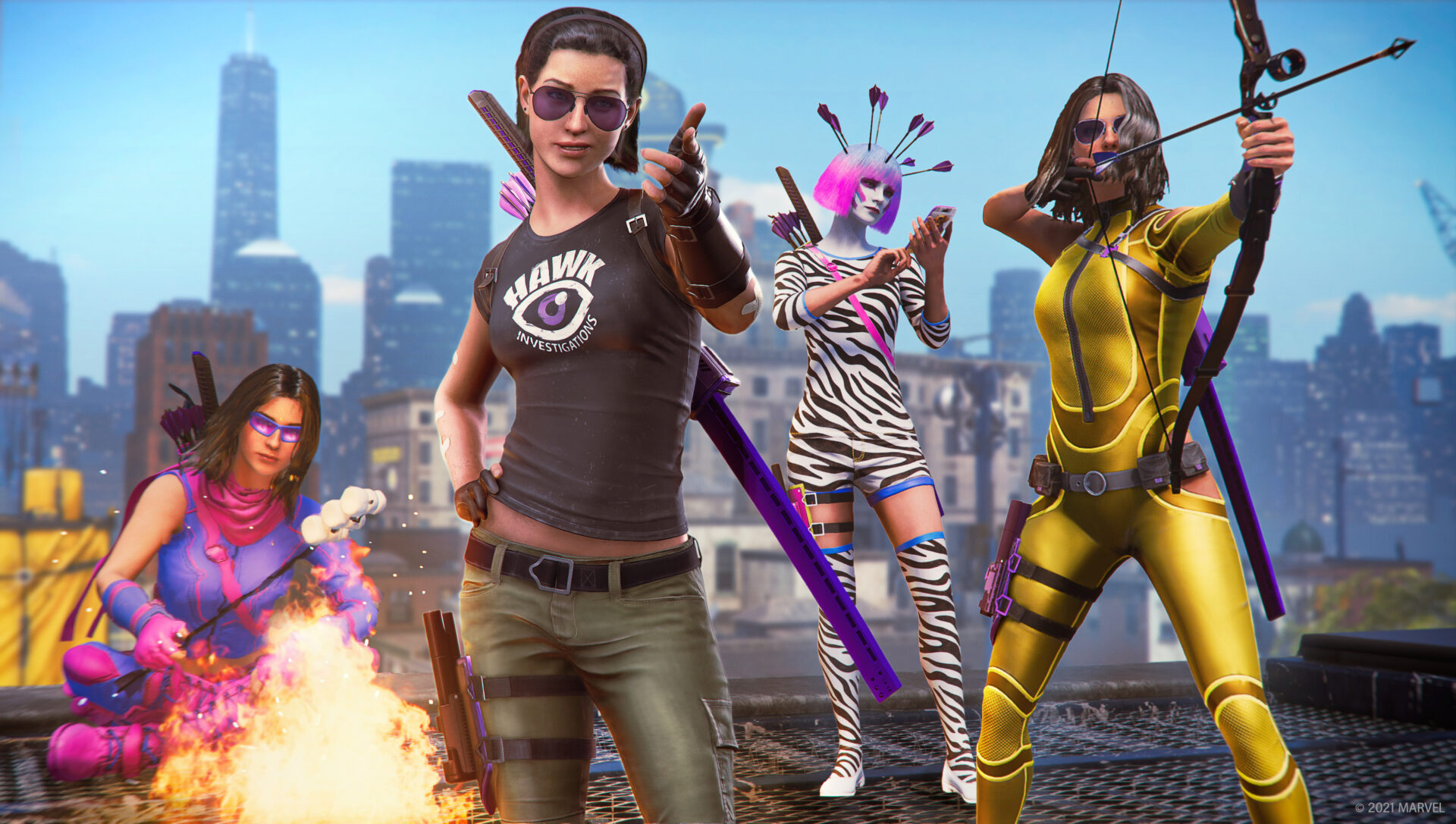 What do you make of Square Enix’s latest admission of Marvel’s Avengers’ failure? Let us know your thoughts on social media or in the comments down below!