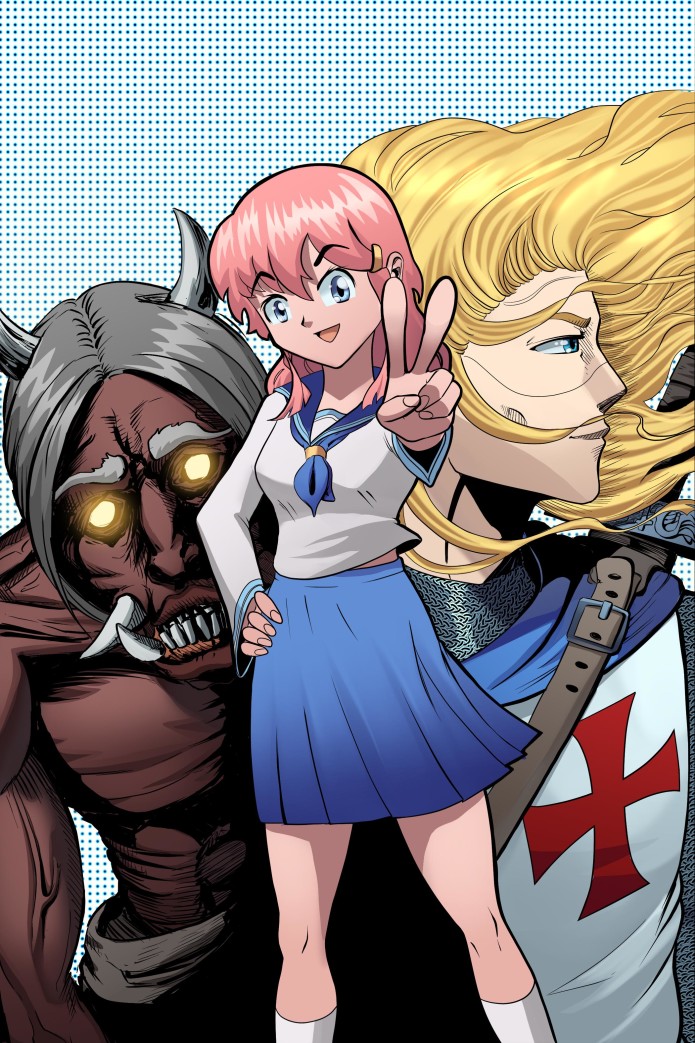 The latest NPD BookScan sales data in their Adult Graphic Novels list for December 2021 only had two non-Japanese manga in the Top 20 and they weren’t from Marvel or DC Comics.

They were a collection of Rachel Smythe’s WebToon series Lore Olympus. A hardcover edition of volume one and the trade paperback edition took both the 6th and 7th spots on the list.

Every other spot on the list was a Japanese manga with Chainsaw Man Vol. 8 taking the top spot. 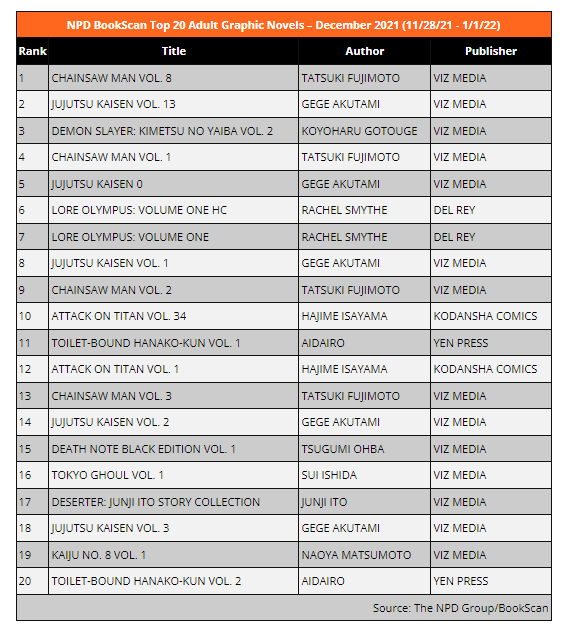 While the Top 20 Adult Graphic Novel list is primary full of newer titles, if you look at their Superheroes Graphic Novels list, which removes manga, DC Comics dominates the list. However, it’s primarily back issues with a few exceptions such as Batman/Fortnite: Zero Point and Nightwing Vol. 1: Leaping Into The Light.

The rest of the top 20 includes Strange Adventures, Rorschach, Watchmen: The Deluxe Edition, Star Wars: The High Republic Vol. 2: The Heart of Drengir, Hawkeye: My Life As A Weapon, Far Sector, The Batman Who Laughs, Star Wars: War of the Bounty Hunters, The Sandman Omnibus Vol. 1, and Injustice: Gods Among Us Year One: The Complete Collection. 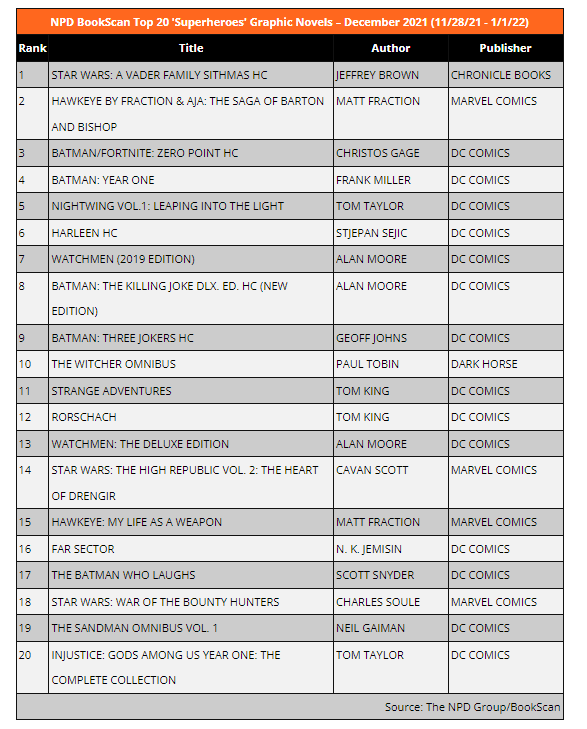 As you can tell manga and back issues of DC Comics and Marvel Comics are crushing most of Marvel and DC Comics’ newer stories.

With that in mind, Jon Del Arroz teamed up with The Quaff, the artist of Shotgun Samurai and Nuclear Warhead Samurai to create A High School Girl In The Crusades.

According to the book’s IndieGoGo campaign the book is a “22-page manga-style isekai parody about a high school girl transported to the crusades.” 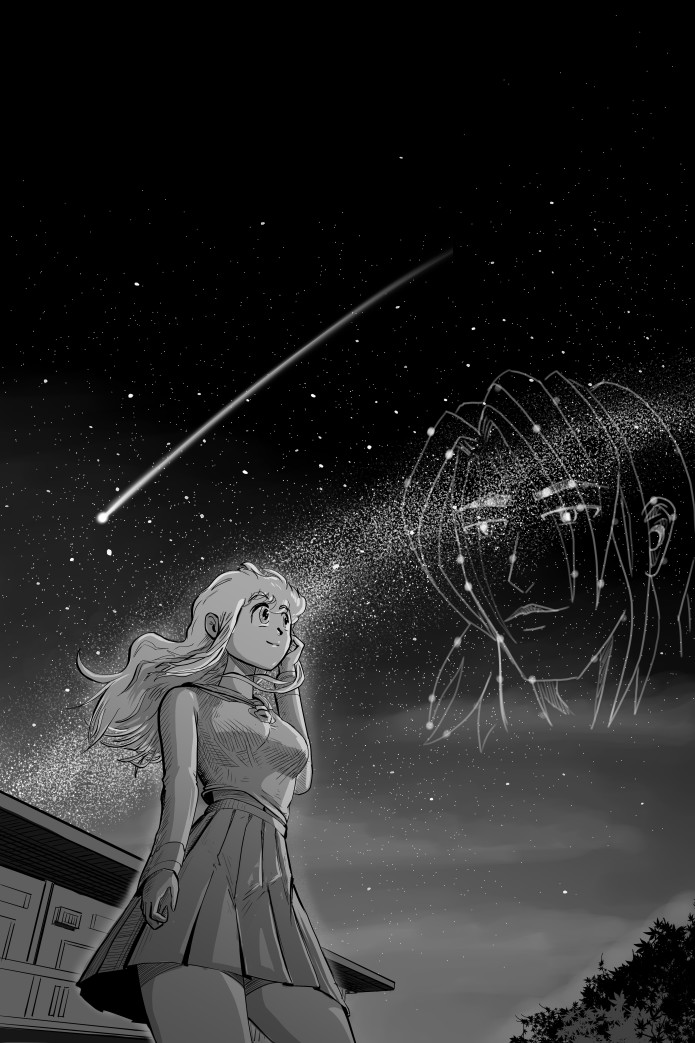 Speaking to Bounding Into Comics, Del Arroz explained why he decided to do a manga-style book, “Every time I make a new book, I set out to do something different, both to keep the works fresh for me and so the audience has a true surprise as what to expect.”

Alluding to the fact that manga is dominating the sales charts, he added, “I also listen to what comic readers want – and overwhelmingly the manga style has captivated people over the last few years.” 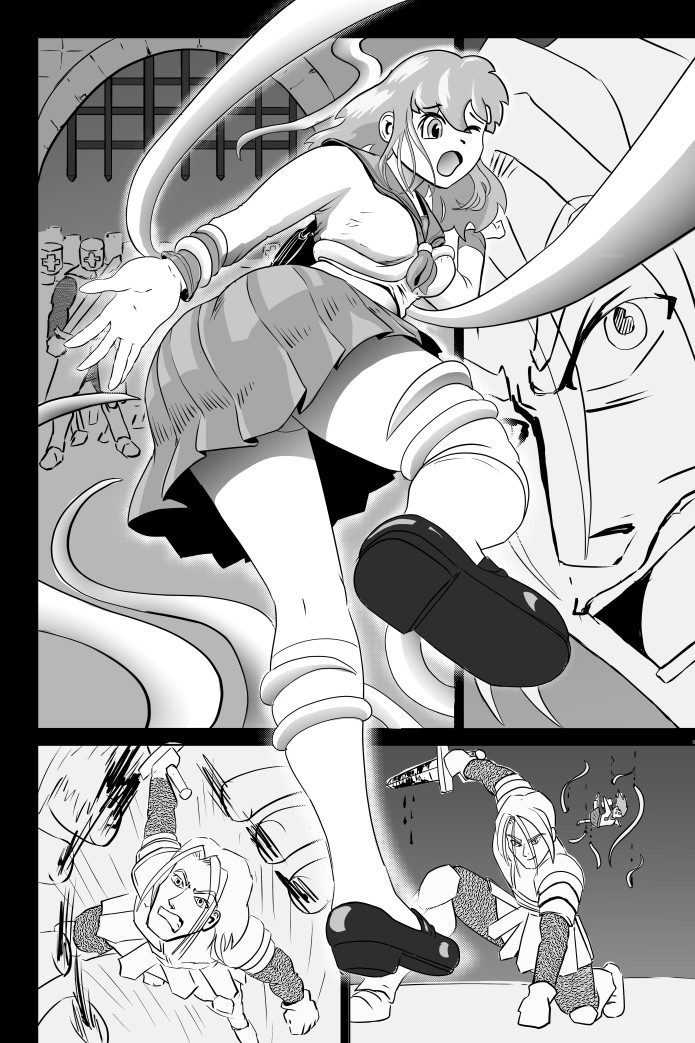 “Isekai has been one of my favorite subgenres of manga. I grew up on Fushigi Yuugi and InuYasha, so I wanted to give a distinctively Christian take on the idea, which separates A High School Girl In The Crusades from any of the Japanese work out there,” Del Arroz told Bounding Into Comics.

“It’s been so much fun to make and I’m glad it’s getting such a positive reception,” he concluded.

As of writing, A High School Girl In The Crusades Graphic Novel has 51 backers that have ponied up $2,196 from an original goal of $500. 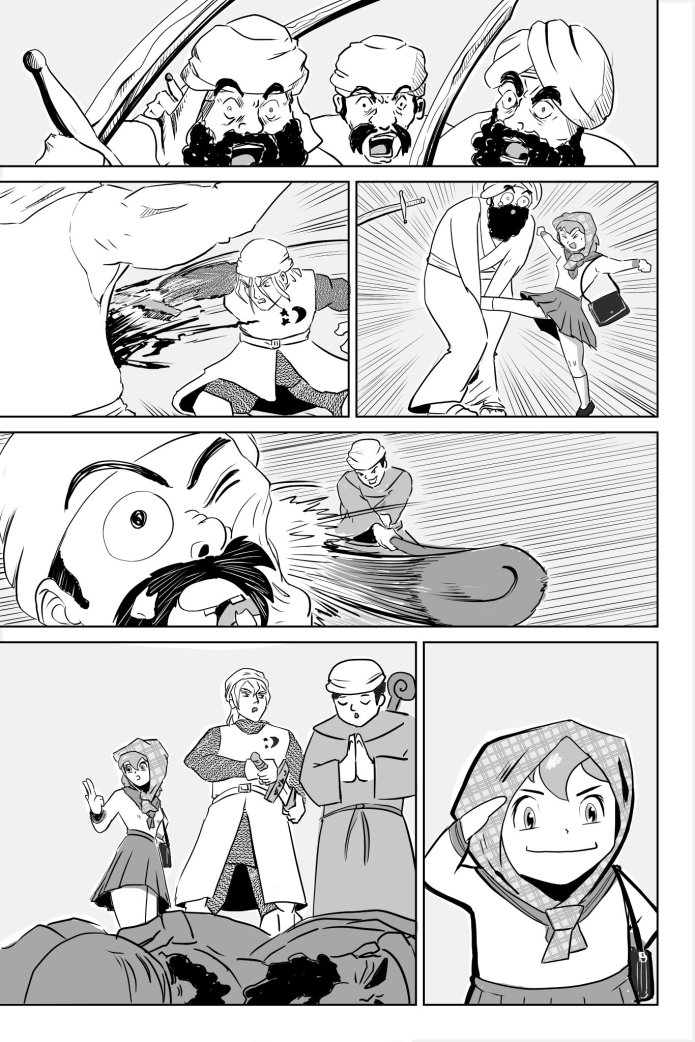 What do you make of Jon Del Arroz’s new manga-style book? Do you plan on supporting it on IndieGoGo?