Leslie Grace’s recent costume reveal of herself suited up in Batgirl has met with a mixed reaction. Some like the way its color scheme evokes Yvonne Craig in the 1960s and more recently the New 52 design of the character while others think it looks like more bad cosplay. 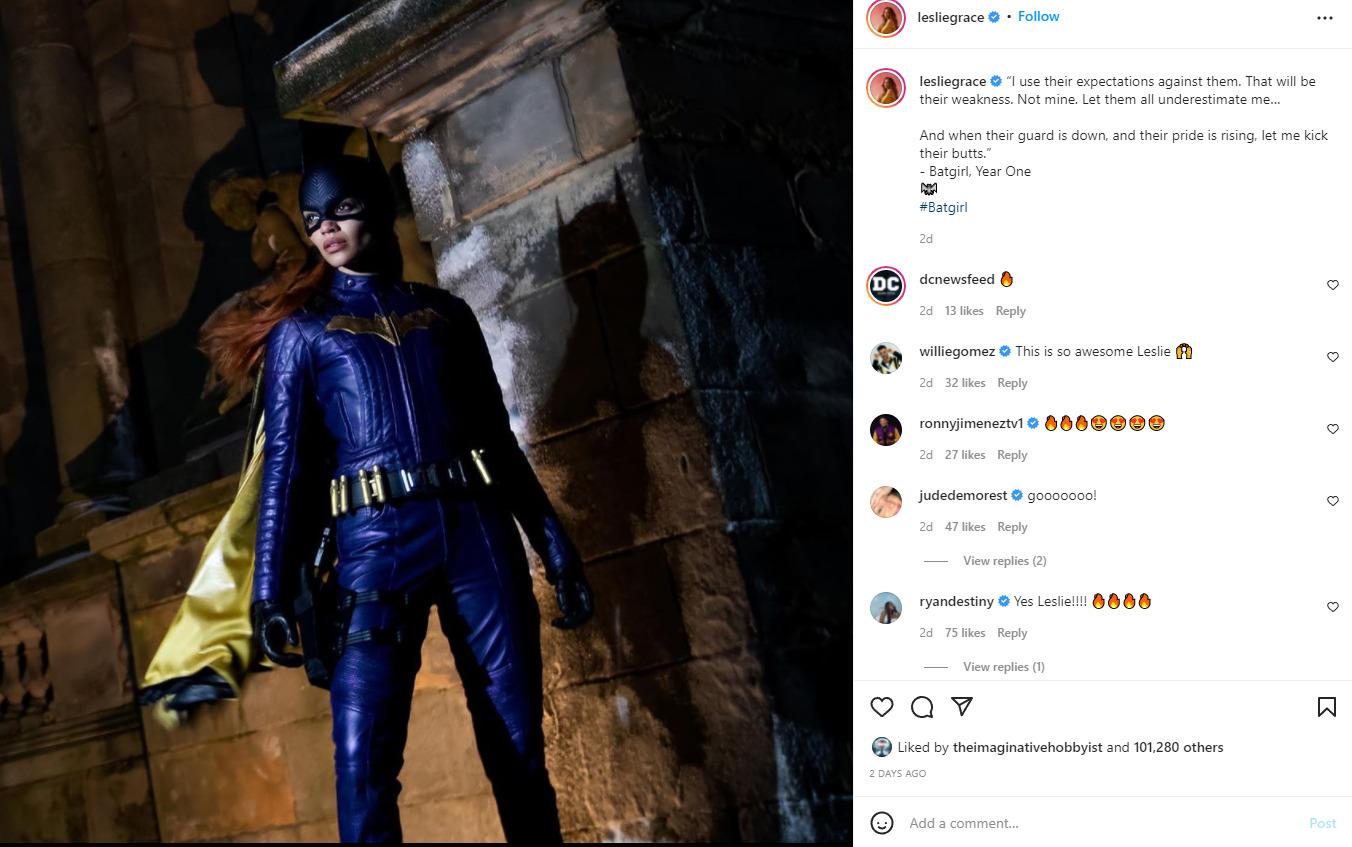 YouTube commentator Yellow Flash, for example, said that very thing in his analysis where he adds the DCEU (or “D-She-U”) is likely finished because of its sharp pivot from Zack Snyder’s gloomy and edgy tone.

He added further that Grace’s suit is heavy on the biker style as we mentioned in our previous coverage – giving the getup a sort of real-world appeal-cum-practicality in a fight or jumping off rooftops.

So the debate appears either-or; people either love or hate the costume with not a lot of room in between. And, as it turns out, the derision on one side isn’t falling on deaf ears. 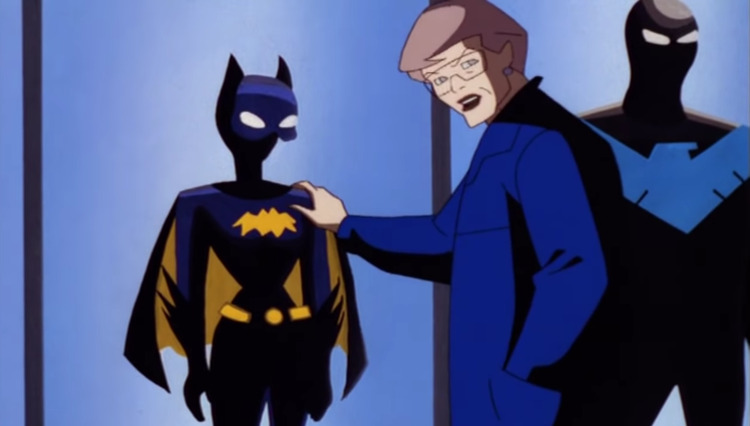 The attention of half of Batgirl’s filmmaking team was caught and Adil El Arbi responded on social media using a world-famous meme.

On Instagram, the director shared the classic comic image of Batman slapping Robin to quiet him down and knock sense into him, and El Arbi filled in Batman’s dialogue bubble declaratively with “STFU and wait for the film!” 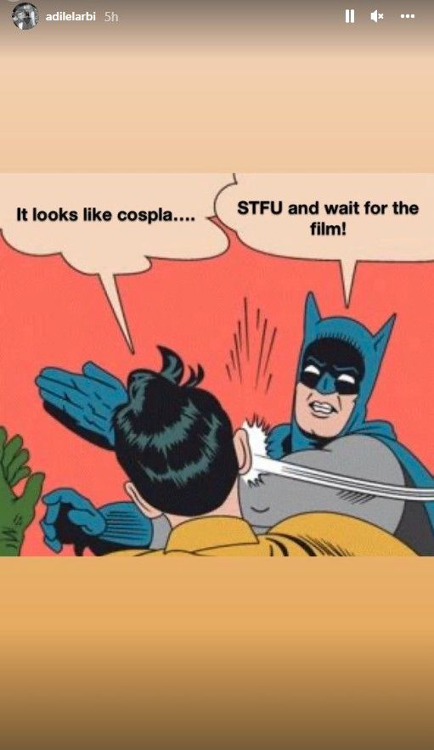 Batgirl is currently filming over in Scotland and won’t hit streaming until much later this year. Our prediction is Christmas based on spoilers from the set mentioning holiday decorations which should be an indicator of the film’s setting.

It might turn out to be decently entertaining (emphasis on “might”) but, like Yellow Flash, people aren’t expecting much or gleeful about the idea of DC Films further rewriting the Snyderverse continuity after The Flash turns Multiverse on its infinite number of ears. 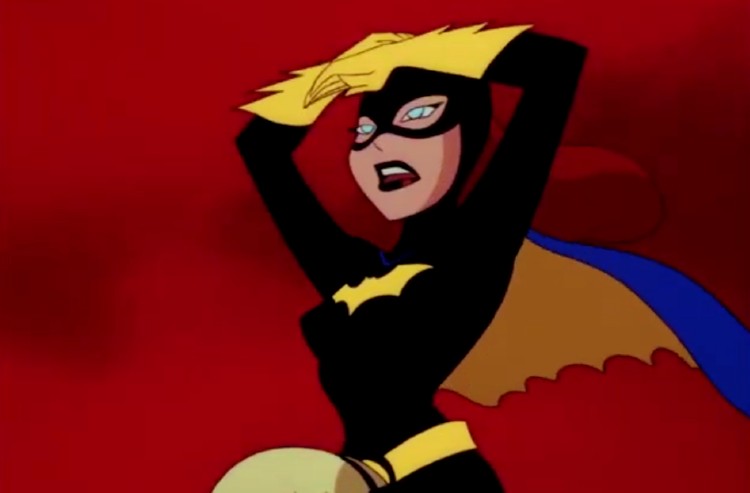 That isn’t helped by the prospect we’re also getting Supergirl and Black Canary solo spinoffs of Flash and Birds of Prey.

NEXT: Rumor: Sasha Calle’s Supergirl To Get HBO Max Series After Debut In The Flash Movie