A previous Black Adam casting rumor is confirmed. The demonic villain Sabbac has a place in Black Adam and a new toy listing ahead of the actual shipment confirms this. 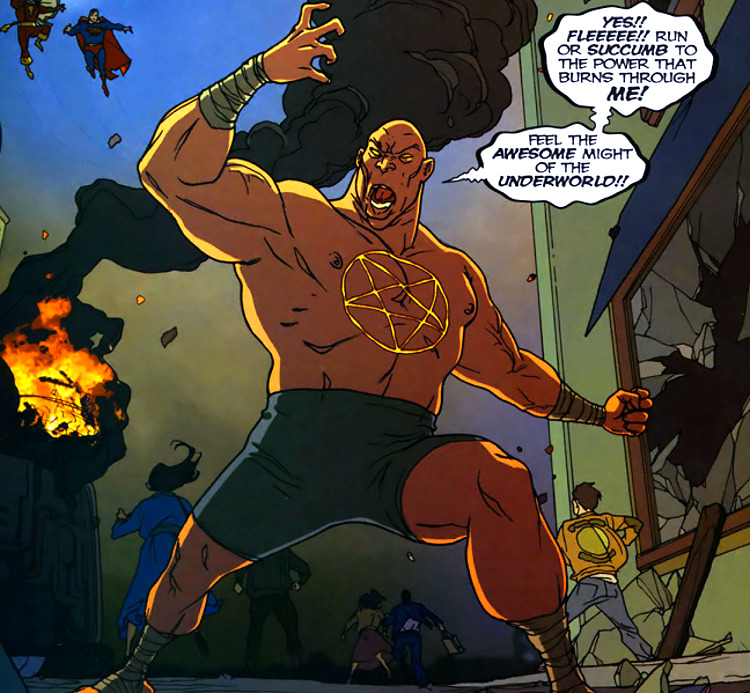 The listing comes from McFarlane Toys, which is the company responsible for Black Adam’s merchandise on top of various other renditions of DC characters, and the details are getting headlines now that they’ve circulated the web.

Originally shared on the DCEU Leaks Reddit page, the listing below says there will be several regularly sized figures as well as a few “Megafigs” (as in “mega figures”). One of those is a Sabbac fig which is the only listing for that character. 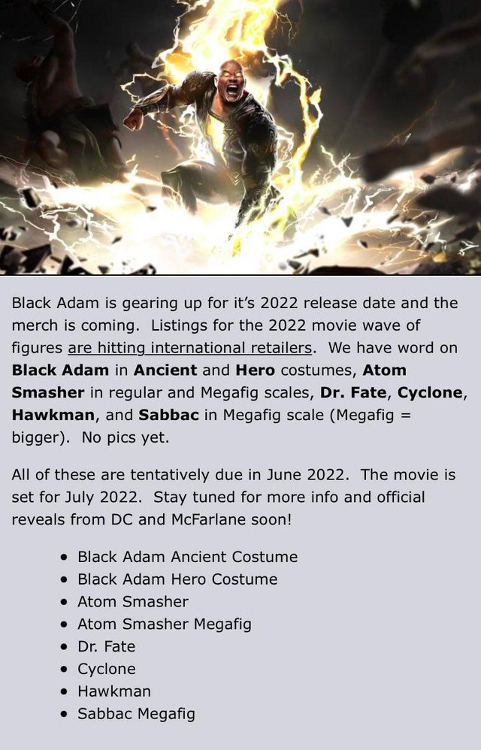 The other Megafig is Atom Smasher – a member of the Justice Society played by Noah Centineo – that also has a figure in standard scale. Accompanying that are figures of Dr. Fate, Cyclone, Hawkman, and two variants of Black Adam in “Ancient Costume” and “Hero Costume,” referring to the yellow and black suit we’re all familiar with.

Sabbac debuted in Captain Marvel, Jr., #4 in 1943 when mortal Timothy Karnes said the darkly enchanted name that grants him the powers of Hell.

The names are Satan, Aym, Belial, Beelzebub, Asmodeus, and Crateis, and they grant him superhuman strength, invulnerability, pyrokinesis, superhuman endurance, and flight. 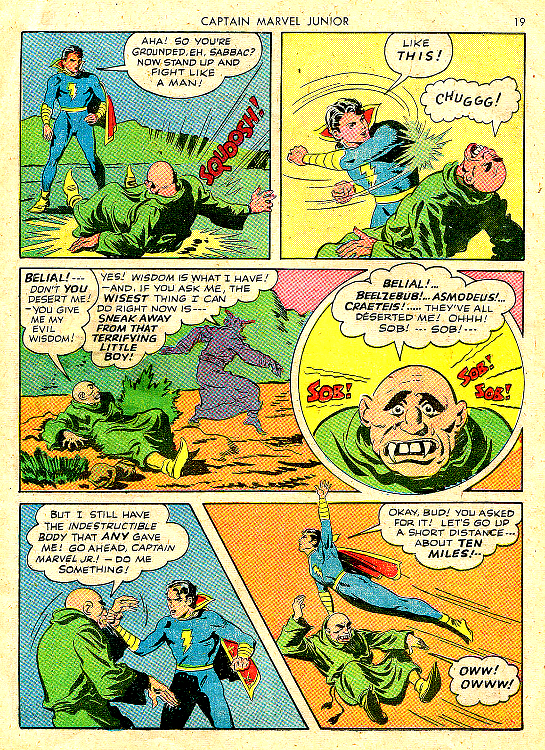 Back then he took the appearance of an evil monk. However, a separate version of the character would be introduced in Outsiders #8 by Jud Winick, Tom Raney, and Sean Parson with Russian mob boss Ishmael Gregor performing a ritual, murdering Karnes, and transforming into more of a traditional devil-looking demon. 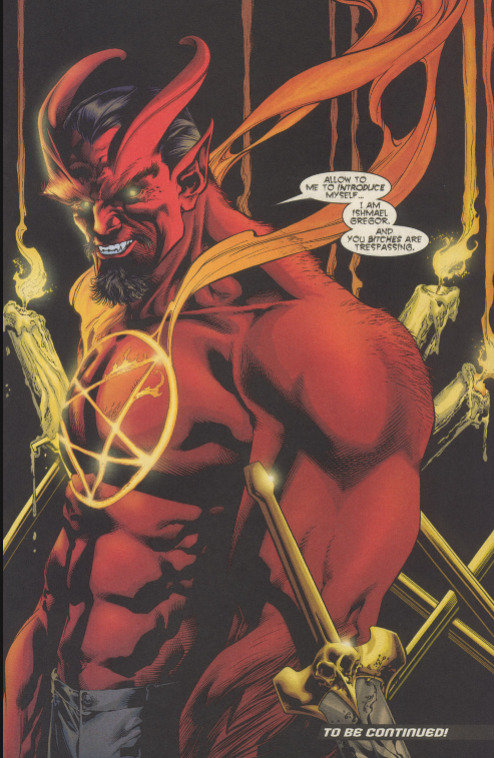 More recently, Geoff Johns and Gary Frank reinvented the character. He would be a pawn of Black Adam, created by the Seven Deadly Sins possessing Mr. Bryer, the most rotten soul in the city.

After being possessed by the Seven Deadly Sins, Bryer is transformed into a demonic creature highly resembling Sabbac. Although he took on a colossal size, justifying the Megafig. 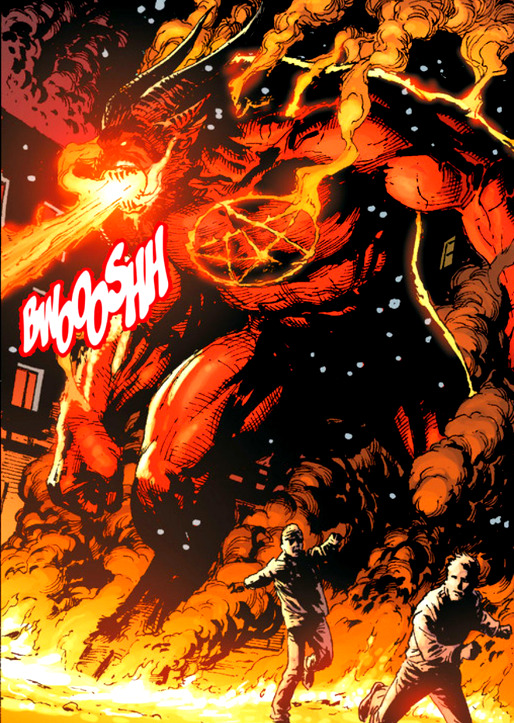 Old Guard actor Marwan Kenzari was cast in Black Adam for an unknown role, but leaked casting details allege he is playing Sabbac and is a big threat. It’s less certain if he portrays Karnes, Ishmael Gregor, or a new character.

Dwayne Johnson stars in Black Adam and the balance of power in the DCEU changes this summer. Those McFarlane figures don’t have a specific release date but the best guess is they ship later in 2022. 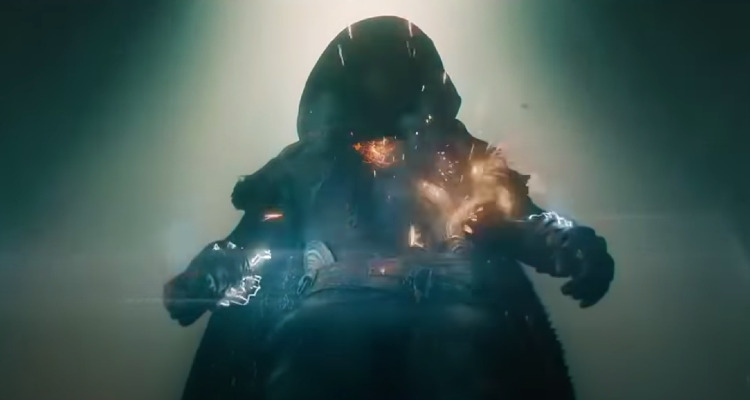 What’s your anticipation level for the film and the merch? Let us know in the comments.