A wave of figures based on Zack Snyder’s cut of Justice League looks to be in the works from Todd McFarlane’s toy company. 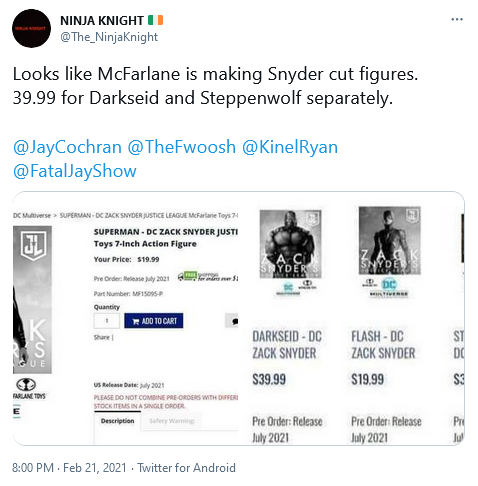 Labeled the DC Multiverse line, it includes Batman, Superman, Flash, Aquaman, Darkseid, Steppenwolf, and, in an inclusion that is bound to surprise a few collectors despite the character’s larger role in The Snyder Cut, Cyborg.

According to the listing, Batman, Superman, Flash, Aquaman, and Cyborg are 7-inch figures costing $19.99 and will be available for pre-order ahead of their scheduled release in July.

Steppenwolf and Darkseid cost a lot more pennies at $39.99 and are 10-inch deluxe figures, as noted in a January report by Jay Cochran for Toy News International.

Cochran’s intel came from a social media listing made by a Filipino toy store named Matt’s Box, wherein they listed several figures including those mentioned above and alternates for Cyborg, Batman, and Superman.

Below is the full solicitation as posted by Matt’s Box:

New MegaFigs are 10 inch figures proportionately scaled to our 7” figures.
*Four of the items are US retailer exclusives so they will not be as widely distributed as the other items. Expect cuts. Distribution will be based on order time.”

Notably, the listing indicates that the the alternate Superman figure features the Kryptonian in his standard red and blue suit, a heavy indication that the main figure is a repaint of the same figure in the black rebirth suit worn for The Snyder Cut.

The listing also mentions a Wonder Woman figure, but as noted by Cochran in his report, it isn’t movie merchandise.

“The final store exclusive figure isn’t a movie figure, but a variant for the upcoming Last Knight On Earth wave Wonder Woman,” he said. “This variant will have the Dr. Fate like helmet like we saw teased by McFarlane back in October of last year.” 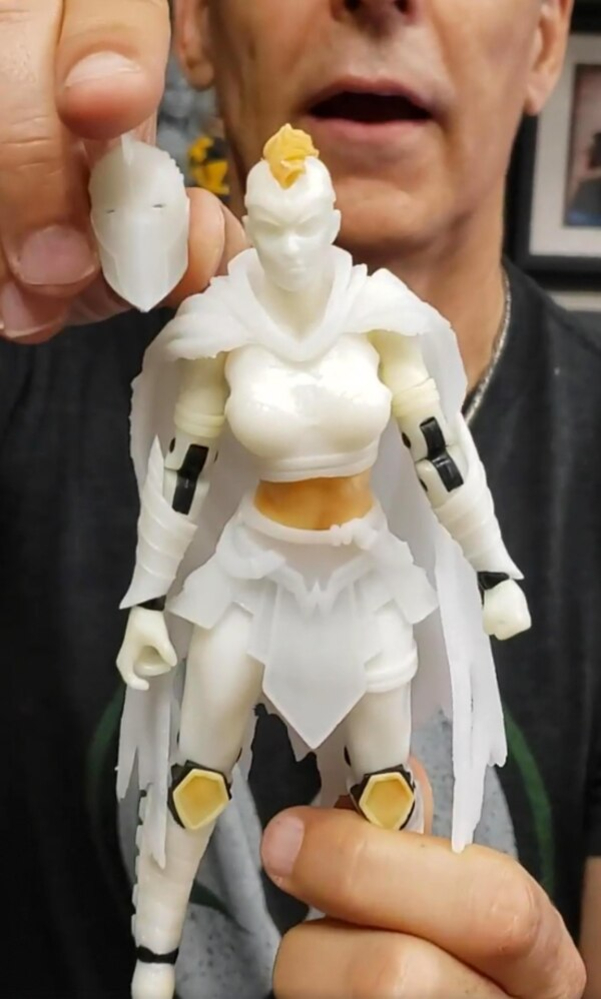 These figures, if they indeed hit the market, will mark the first set of Justice League toys ever made and released by McFarlane.

What do you make of these seemingly-all-but-confirmed Justice League figures? Let us know your thoughts on social media or in the comments down below!