Artist and Cyberfrog creator Ethan Van Sciver knows a thing or two about inking a comic page and what makes a perfect ink of the most celebrated pencils. 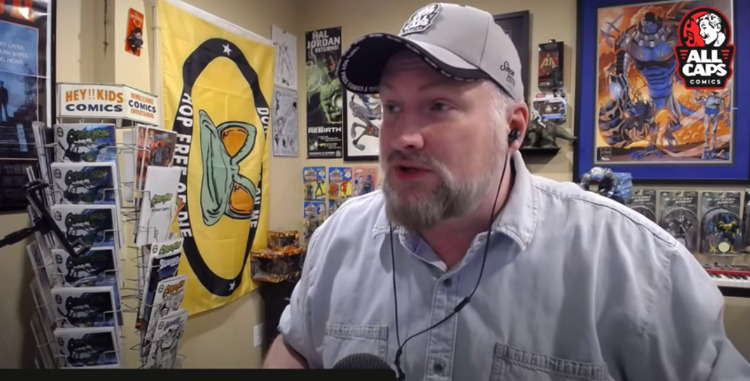 He also knows about making money in the industry, whether with a big publisher or independently, and further debunks the notion – one he’s rolled his eyes at for a long time – that DC and Marvel Comics are thriving.

Van Sciver knows better than anyone they are not and used tweets by inker Jonathan Glapion inveighing his income per page to blow the lid on the low wages of comic pros.

“These wages will keep you constantly chasing a check and inevitably destroying your health,” Glapion tweeted. “Nothing is worth inking at those rates.”

Van Sciver thinks that’s unconscionable but explains the reason for these basement rates is two-fold. First, the influx of arrant Leftists into the industry seriously degraded it and, second, DC’s contract structure took a massive hit from the sale to AT&T.

At his peak on the DC team, EVS said he was making $200 per page and he had a contract that covered medical expenses and other needs. When AT&T stepped in, “they started trimming the fat” by firing Dan DiDio and “two-thirds of their editorial staff.”

AT&T also brought an end to the big, fat contracts artists and creative professionals were getting. Royalties are “way, way, way down” on top of things due to comics not selling beyond a certain threshold, taking another chunk out of a comic pro’s income.

Erik Larsen, a co-founder of Image, later replied to Glapion offering advice on bumping pay. He told Glapion to ink a page in three hours and use a timer to keep track. 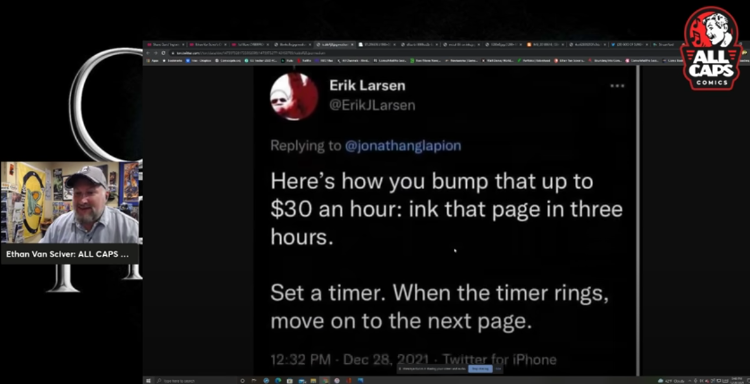 “Here’s how you bump that up to $30 an hour: ink that page in three hours,” Larsen wrote. “Set a timer. When the timer rings, move on to the next page.”

Continuing, EVS explained, one, not everyone can ink a page in three hours and it would be a tough task for Glapion when he has a “steady hand” that needs to put the time in. 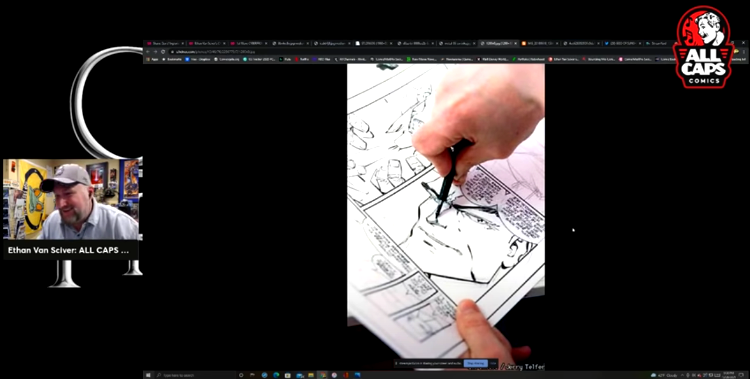 Van Sciver deduced this by examining Glapion’s inks on Justice League Dark for Greg Capullo which are amazingly detailed and very well done.

EVS added that “Capullo can have his choice of inkers” and surmised Capullo chose Glapion because he can deliver at a level that is deliberate and painstaking – with the bonus he can work for minimal pay, arguably.

Capullo probably wouldn’t like to hear Glapion say he decided to set a timer for the length of a Star Wars movie and immediately go to the next page when that timer clicks. 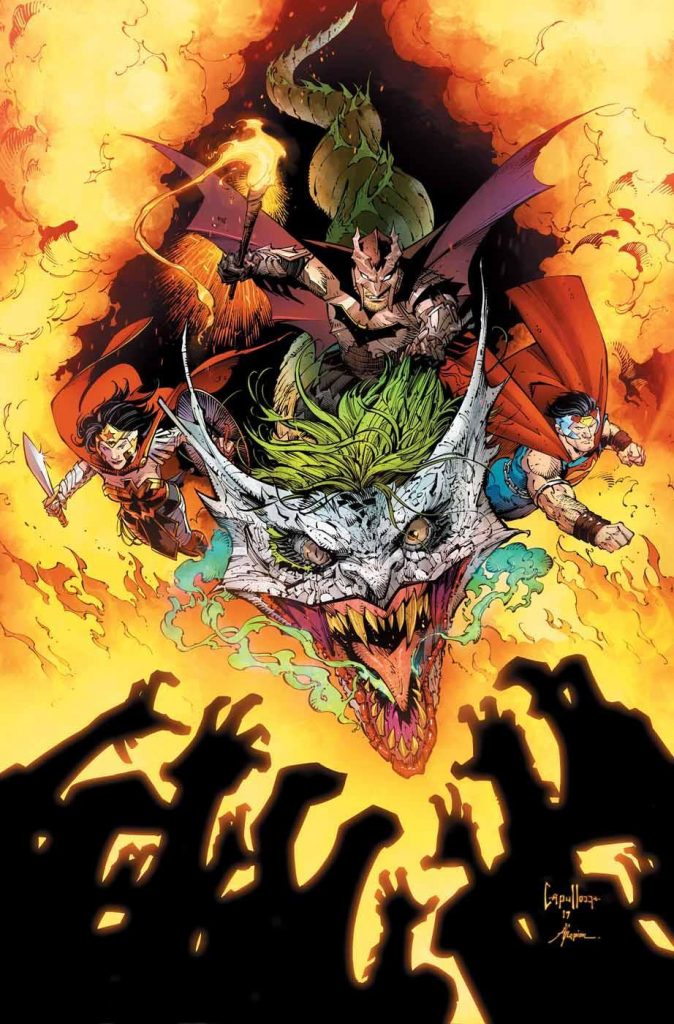 Perhaps Erik Larsen, who holds his pen upside down like chalk, a way Van Sciver doesn’t understand, can finish and turn in a page when the timer runs out and move on, but Glapion, says EVS, slaves over his work and it shows.

Van Sciver then shared his five proven ways to make money from working at comics:

This helps comic pros know their worth and become better business people that make more moves toward earning the most money. 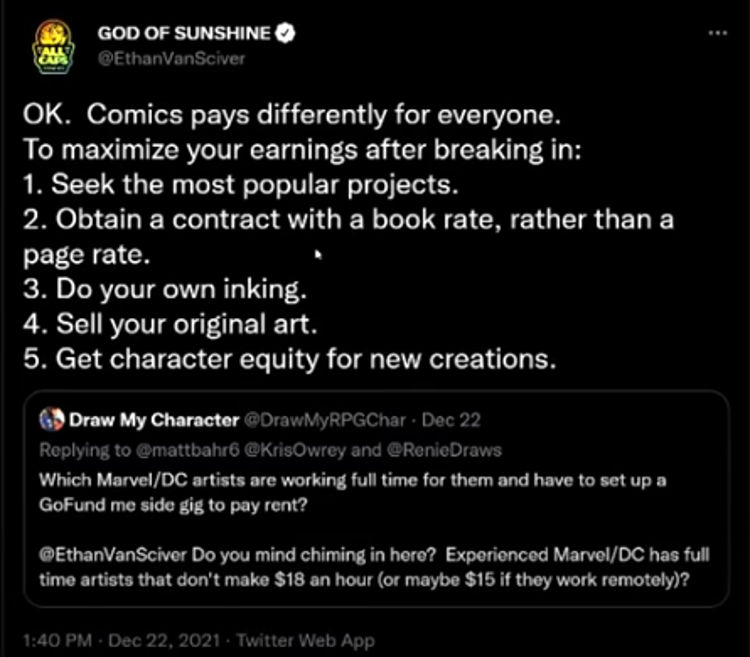 As he wraps his video up, EVS hypothesizes their long hours and income are why we see grouchiness, anger, depression, and resentment from mainstream comic pros on social media.

NEXT: Todd McFarlane and Greg Capullo Return to Spawn for Historic 300th Issue