Destoroyah, SpaceGodzilla, Mechagodzilla, the many forms and variations of King Ghidorah – Godzilla has no shortage of foes that can mount a challenge to his King of All Monsters throne. A few have even shown they have the capacity to end him for good, a feat all the aforementioned came close to accomplishing at different times.

Even Biollante came awfully close while also proving she has a hard time dying despite, of course, drifting off into space as spores and never returning – notwithstanding the unofficial canon which holds true her G-cells spawned SpaceGodzilla.

But they all pale in comparison to one of Godzilla’s most remarkable and notorious enemies of all time – yet one more that also made only a handful of appearances in 50 years – when considering their abilities and the unaddressed ceiling to their untapped potential. 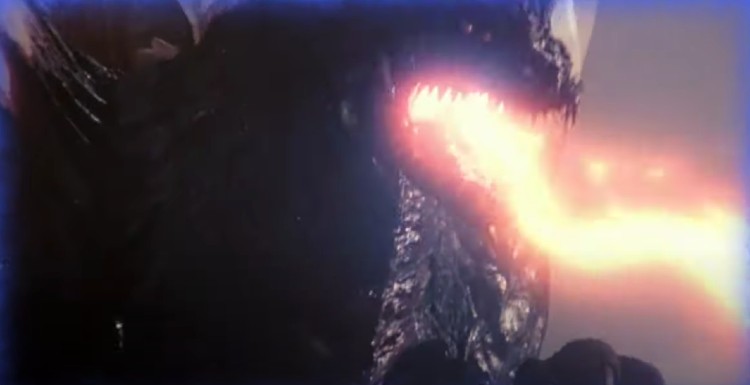 I’m talking about The Smog Monster, Hedorah, a sludgy being whose own back-and-forth metamorphosis defies all logic and physics. And it doesn’t end there as far as anyone knows: the limits of Hedorah’s power and growth have never been tested.

This is due in large part to the kaiju’s creator Yoshimitsu Banno, also the director of its penultimate debut Godzilla vs. Hedorah, was barred from making any more movies for Toho and thus precluded from exploring his creation any further – leaving it, in the end, to look like nothing more than a pushover when a comeback was staged in Final Wars. 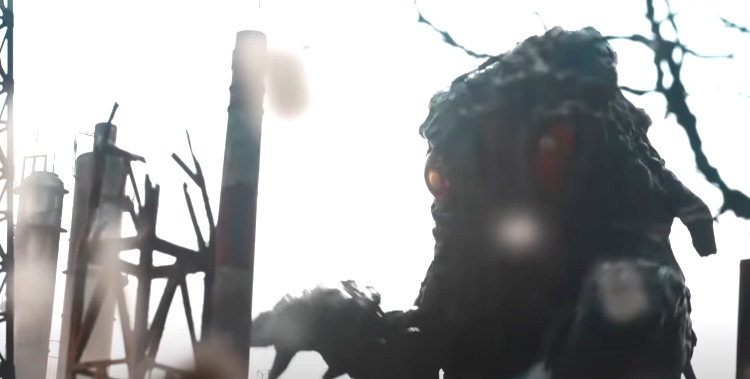 Budgetary constraints are another reason but, nevertheless, a lot of unanswered questions about Hedorah’s strengths and weaknesses are left hanging and the biggest one is this: does Hedorah’s chemistry function like actual pollution? If so, then, unchecked, there is no threshold to its destructive potential.

Movie posters, official and fan-made such as the below example, have implied that Hedorah possesses a capacity for a greater reach than most fans are aware of.

A quick poster edit I did for a MonsterVerse Godzilla vs Hedorah. How should they introduce the Smog Monster? In the modern day, or a period piece set during the Great Smog of London in 1952? from Monsterverse

It has to be acknowledged that Hedorah is an alien lifeform like Ghidorah and SpaceGodzilla but it should be understood at the same time it has an advantage over the other two. Whereas they have to terraform the Earth to suit themselves, Hedorah doesn’t.

Of all Godzilla’s adaptable and always-evolving foes, this is one that can take the planet as it is, under the condition there is enough pollution to feed it, which is just the beginning when Hedorah isn’t only sustained by pollutants but grows like a constantly maturing adolescent as it consumes more. 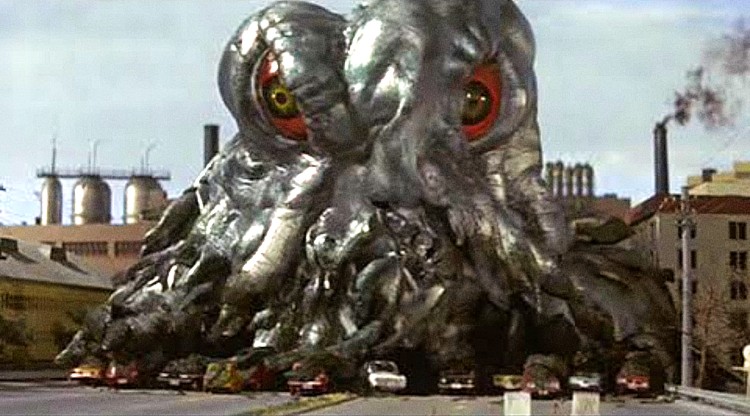 Over time, it could cover the planet and that’s a worst-case scenario when Godzilla’s best chance against this growing trash heap is when it is small. Without electrodes to dry it out as in the movie, Hedorah might go global and outgrow Godzilla to do worse than burn him, vaporize humans, and slime them in sludge.

Hedorah would transcend Smog Monster status at that point to become the smog itself. Its poison gasses would be the air we breathe and as the fan poster from Reddit says, the world would choke. The globe would become Planet Hedorah with only a small population of people and a few Titans, possibly including Godzilla, left to stop it. 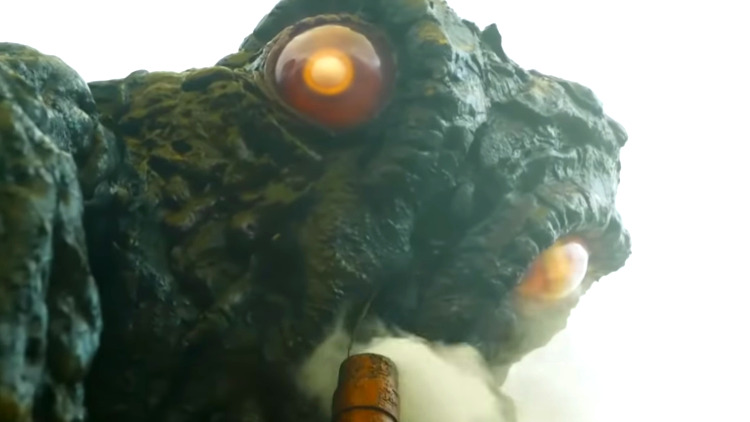 Looking forward to the continuation of the MonsterVerse and the Apple TV Plus series reportedly called Hourglass, it might be interesting to see a threat like this from Hedorah play out in a season-long storyline.

You might agree. Tell us what you think of Hedorah, where it ranks among your favorite Godzilla foes, and our theory of its power level down below and elsewhere.

NEXT: New Godzilla vs. Kong Theory Postulates The Warbat Is The MonsterVerse’s Greatest Threat