Actor Mark Wahlberg recently took the opportunity to talk about his faith whilst promoting Father Stu, a Christian film that the actor is not only starring in but also producing, declaring that he needs to “stop focusing so much on Mark and start doing much more work for God.”

“People need to have faith and hope,” said Wahlberg in a recent interview with Fox News’ Raymond Arroyo. “Young men need to know what it’s like to be a real man. And you could list a million reasons — just turn on the news, anywhere you look there are reasons for encouraging people to have faith and to have hope.”

Wahlberg will lead the film, which is based on the true redemption story of Father Stuart Long, a former boxing-hopeful who turned to the cloth after having spoken to God following a horrific motorcycle accident and continued to serve even after his body began to fail thanks to his affliction with myositis, an ALS-like auto-immune disease.

According to the actor, while researching for the role, he realised that he had a lot in common with the real world Father Long.

“I’ve made a lot of mistakes in my life. I have been focused since I was 16, 17 years old to turning my life around and that is a daily task,” Wahlberg disclosed. 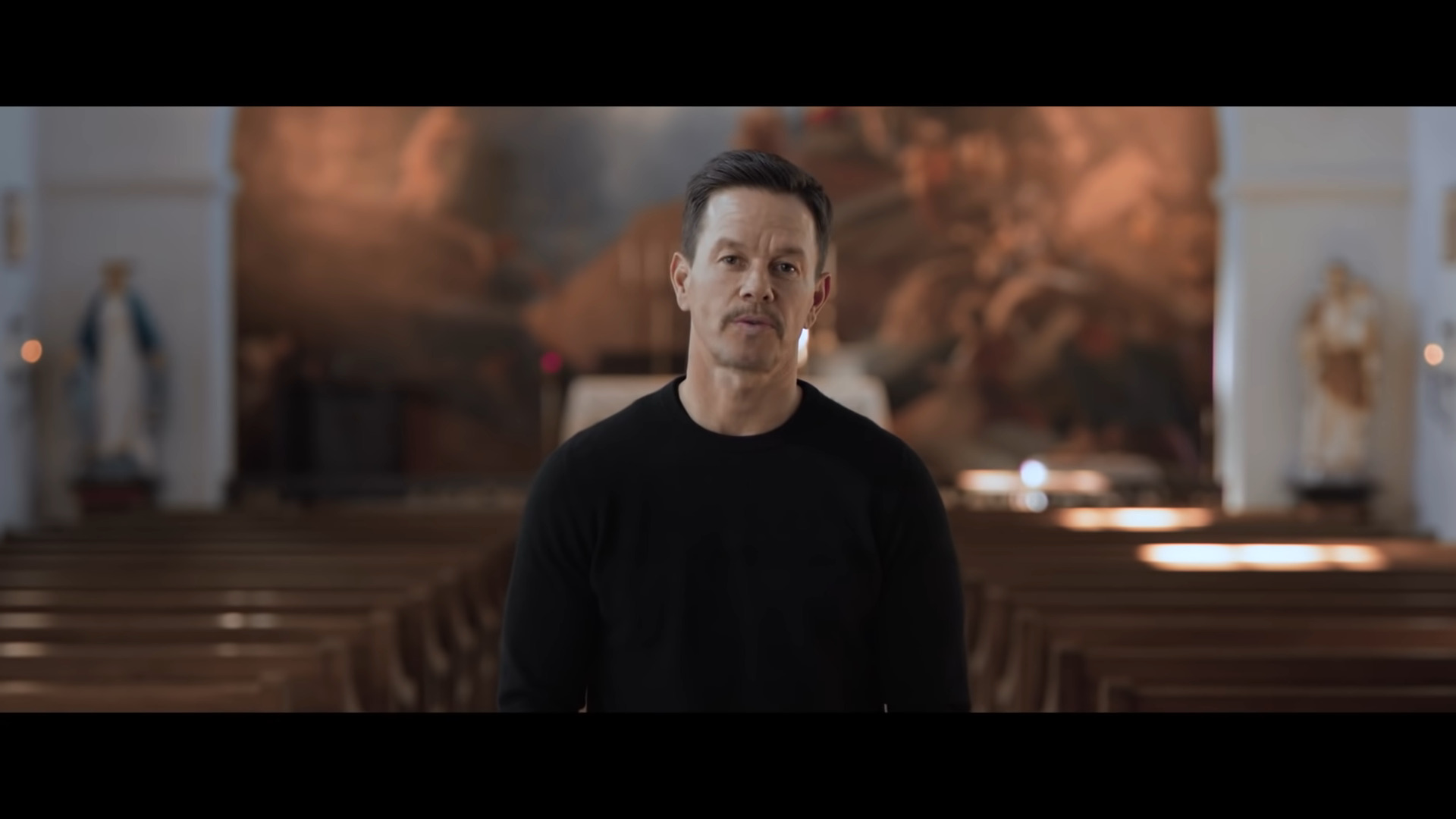 The actor went on, “God has continued to bless me and put me in this situation not to continue to grow and work on Mark Wahlberg the person, but to do His work and finally, giving me the skills and tools to go out and articulate the message He wants me to articulate.”

“It’s never too late,” he added, “as long as you’re breathing you have an opportunity to redeem yourself.”

RELATED: Back To The Future Actress Claudia Wells Reveals That Her Christian Faith Is The Reason Why She Is Still Alive: “My Church Is My Family”

Wahlberg previously touched upon his above reflection during an interview given to EWTN anchor Raymond Arroyo on February 10th.

Discussing Father Stu, Wahlberg told Arroyo, “these movies are not easy to get made,” going on to describe it as “probably the most unpredictable movie ever.”

Arroyo then asked the actor, “What did you see of yourself when you first read this script and first came across the story?” to which the Transformers: The Last Knight star replied, “So many things.”

“Obviously, my past, but also my present. And my looking for my purpose,” he elaborate. “God has continued to bless me and put me in this situation, not to continue to grow and work on Mark Wahlberg, the person, but to do His work and give me…the skills and the tools to go out there and articulate the message that he wants me to.”

Regarding Father Stuart Long’s legacy, Wahlberg told Arroyo that “he was able to inspire thousands upon thousands of people” before passing away.

“He was a guy who was really lost, trying to find his way [who] eventually makes his way to the priesthood and loses mobility over his body, complete control over all of his muscles in time,” The actor explained.”And that ends up being the vehicle of his redemption in some ways. And they’re hard-won redemptive stories.” 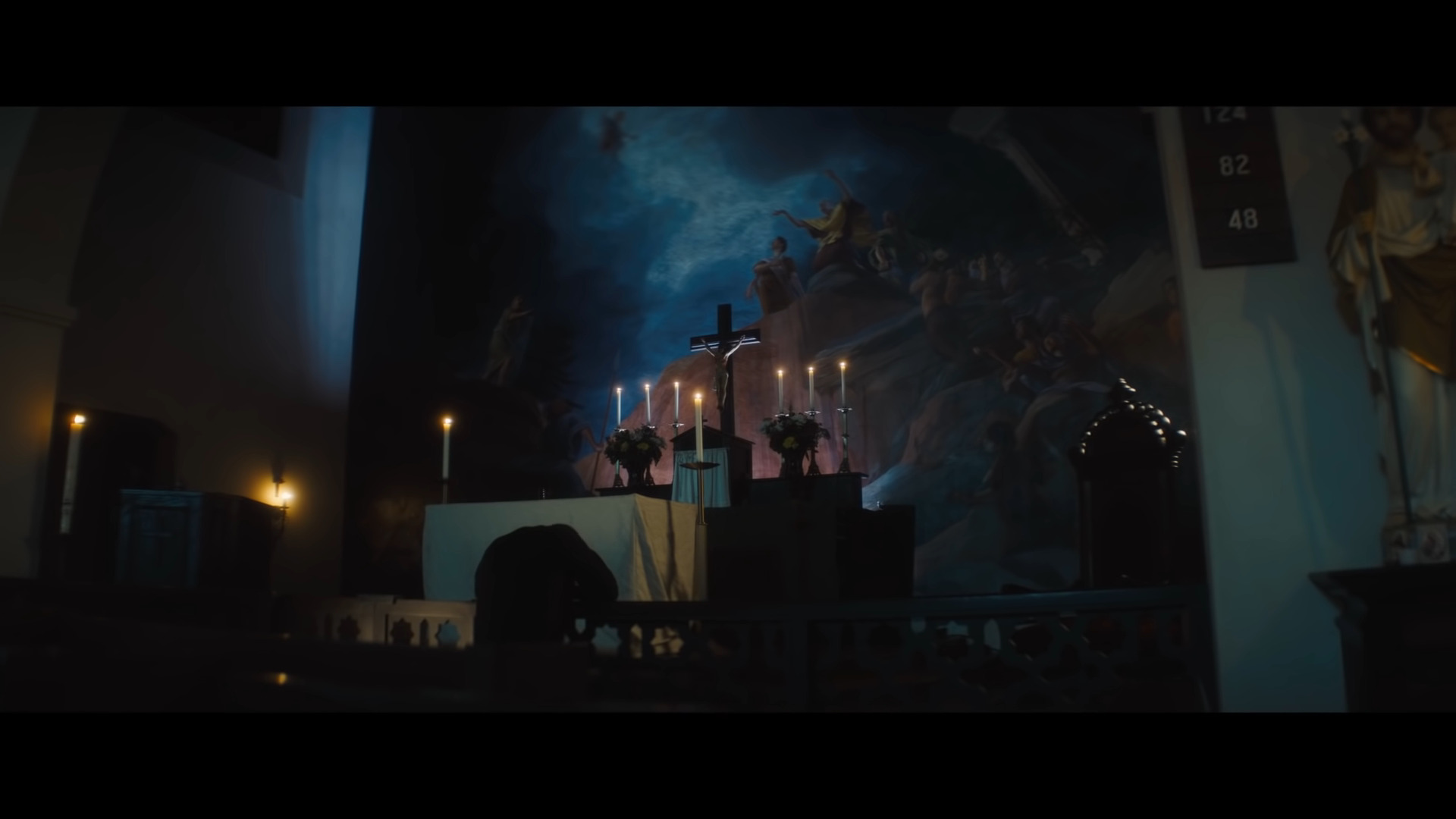 “People need to have faith and hope,” replied Wahlberg. “I just knew that I needed to make this movie, and this was my calling and this was my mission. And, now, it’s needed more than ever.”

He asserted, “Hopefully, it will do some really important work and help a lot of people. It’s certainly a turning point for me in my life… I need to stop focusing so much on Mark and start doing much more work for God and for people and for people that are less fortunate.”

Wahlberg was then asked what the message behind Father Stu truly is, to which the actor responded with a quote that can be heard in the trailer for the film: “God’s not going to give up on you. Don’t you dare go giving up on yourself.”

As per the movie’s official synopsis, “Father Stu is an unflinchingly honest, funny and ultimately uplifting drama about a lost soul who finds his purpose in a most unexpected place. When an injury ends his amateur boxing career, Stuart Long (Mark Wahlberg) moves to L.A. dreaming of stardom.”

“While scraping by as a supermarket clerk, he meets Carmen (Teresa Ruiz), a Catholic Sunday school teacher who seems immune to his bad-boy charm,” it continues. “Determined to win her over, the longtime agnostic starts going to church to impress her.”

“But surviving a terrible motorcycle accident leaves him wondering if he can use his second chance to help others find their way, leading to the surprising realization that he is meant to be a Catholic priest,” the synopsis concludes. “Despite a devastating health crisis and the skepticism of Church officials and his estranged parents (Mel Gibson and Jacki Weaver), Stu pursues his vocation with courage and compassion, inspiring not only those closest to him but countless others along the way.”

Directed by Rosalind Ross, Father Stu is expected to hit theatres on the 15th of April, 2022.

What do you make of Wahlberg’s comments on Father Stu and his Christian faith? Let us know your thoughts in the comments section down below or on social media.

NEXT: Denzel Washington Talks About His Christian Faith In Recent Interview, Questions People Who Are “Willing To Do Anything To Get Followed” On Social Media