Despite the recent social support for Sherlock actress Amanda Abbington’s invitation for Hollywood to “shut the f–k up” about the unfolding situation in Ukraine, it seems social activist and actor/director Sean Penn missed the memo that most everyone is tired of celebrity activism. 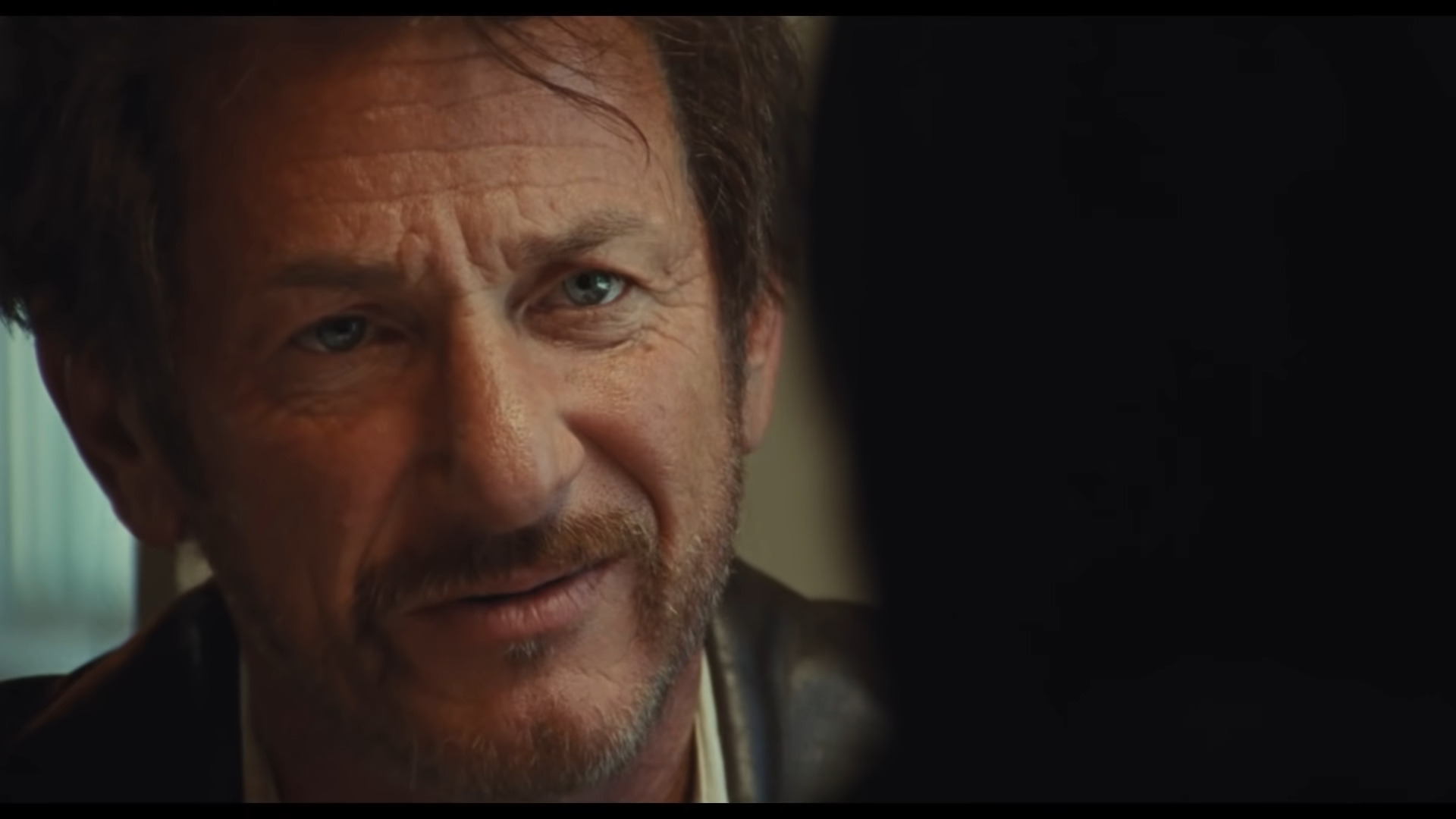 At the time of Abbington’s admonishment. Penn was in Kyiv filming a documentary about the Russian invasion.

In a statement released to the press on February 25th after government officials in Kyiv gave a briefing on the crisis the previous day, Penn said, “Already a brutal mistake of lives taken and hearts broken, and if he doesn’t relent, I believe Mr. Putin will have made a most horrible mistake for all of humankind.”

“President Zelensky and the Ukrainian people have risen as historic symbols of courage and principle,” he added. “Ukraine is the tip of the spear for the democratic embrace of dreams. If we allow it to fight alone, our soul as America is lost.” 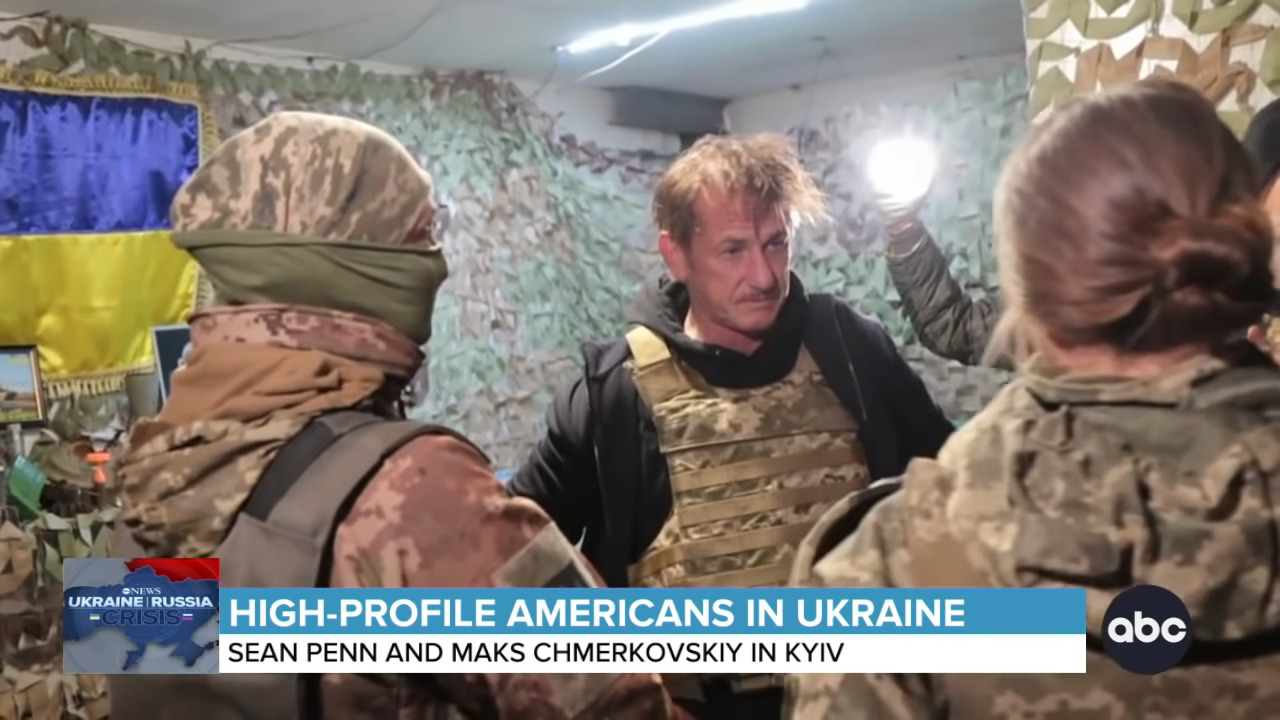 However, as the situation in Kyiv continues to escalate, the bravado of his attempt to summon Americans to fight in another country’s battle seems have to fallen flat.

The actor/director, at the time of writing, is joining a mass exodus of Ukrainians fleeing to Poland on foot. This information coming from Reuters as well as Penn’s personal twitter account.

“Myself & two colleagues walked miles to the Polish border after abandoning our car on the side of the road,” tweeted the actor on February 28th alongside a photo of himself fleeing the country. ” Almost all the cars in this photo carry women & children only, most without any sign of luggage, and a car their only possession of value.” 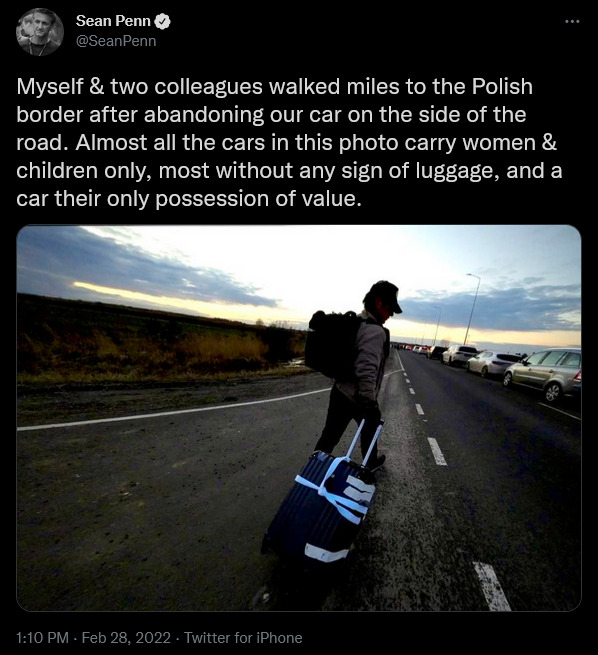 Penn is no stranger to the political/virtue signaling spotlight.

Just last year, the actor denigrated unvaccinated individuals, beginning with a call to ban them from cinemas. A few days later he ramped up his language, declaring that refusing to get the jab was as dangerous as pointing a gun at someone’s face.

It even got to the point that he wouldn’t show up on the set of his own show if the entire cast and crew wasn’t vaccinated. 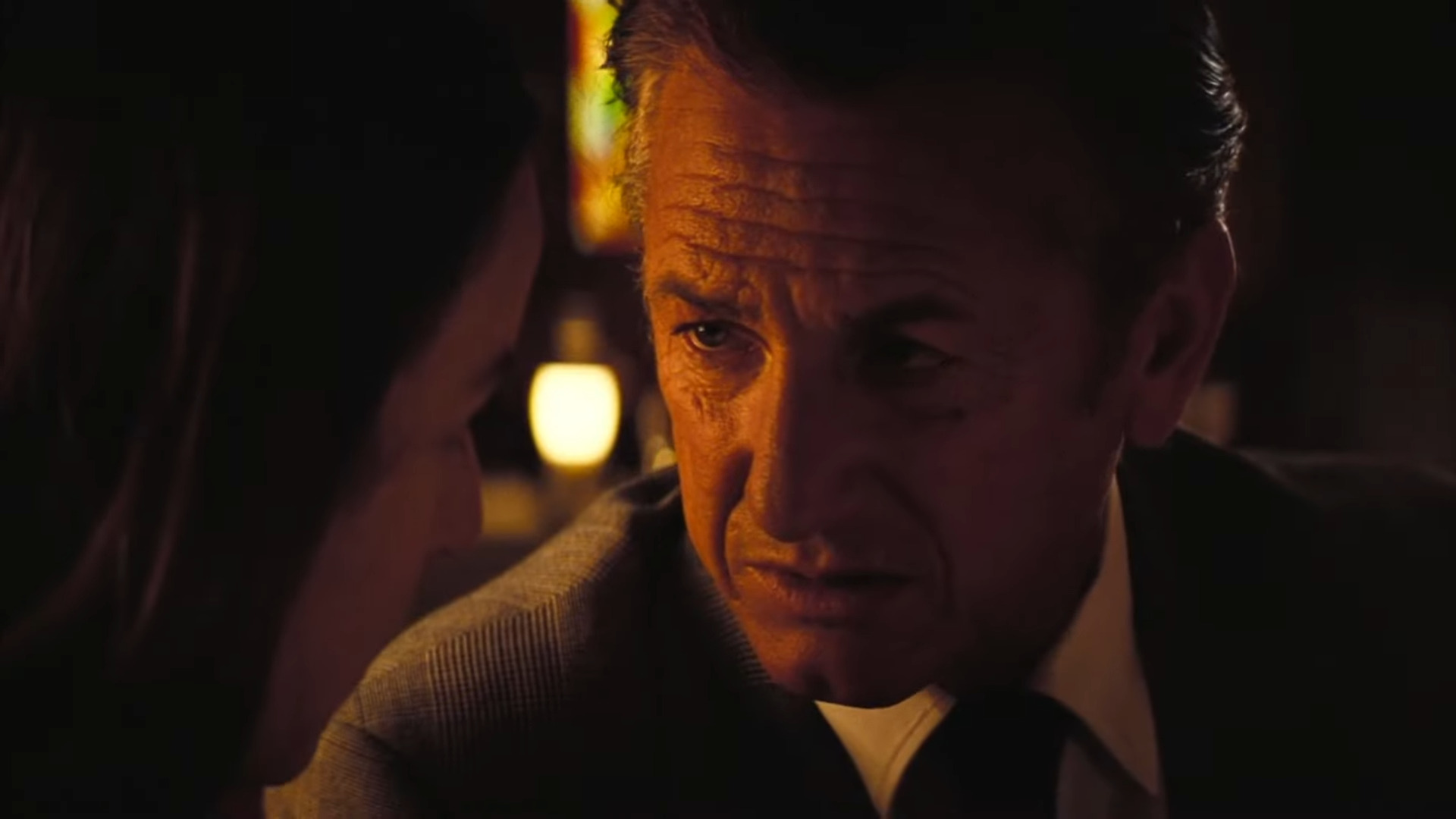 The Signs Were Penned in Stone

Penn also describes himself as a great friend to previous Venezualan president Hugo Chavez, whose presidency was marred with absolute corruption even by the most forgiving of viewpoints.

A Marxist-socialist who used government power to the detriment of his people and to cement himself as a dictator to the world community, during his time in power, Chavez suppressed the press, manipulated election laws, and called for the arrest and exile of anyone critical of their government. 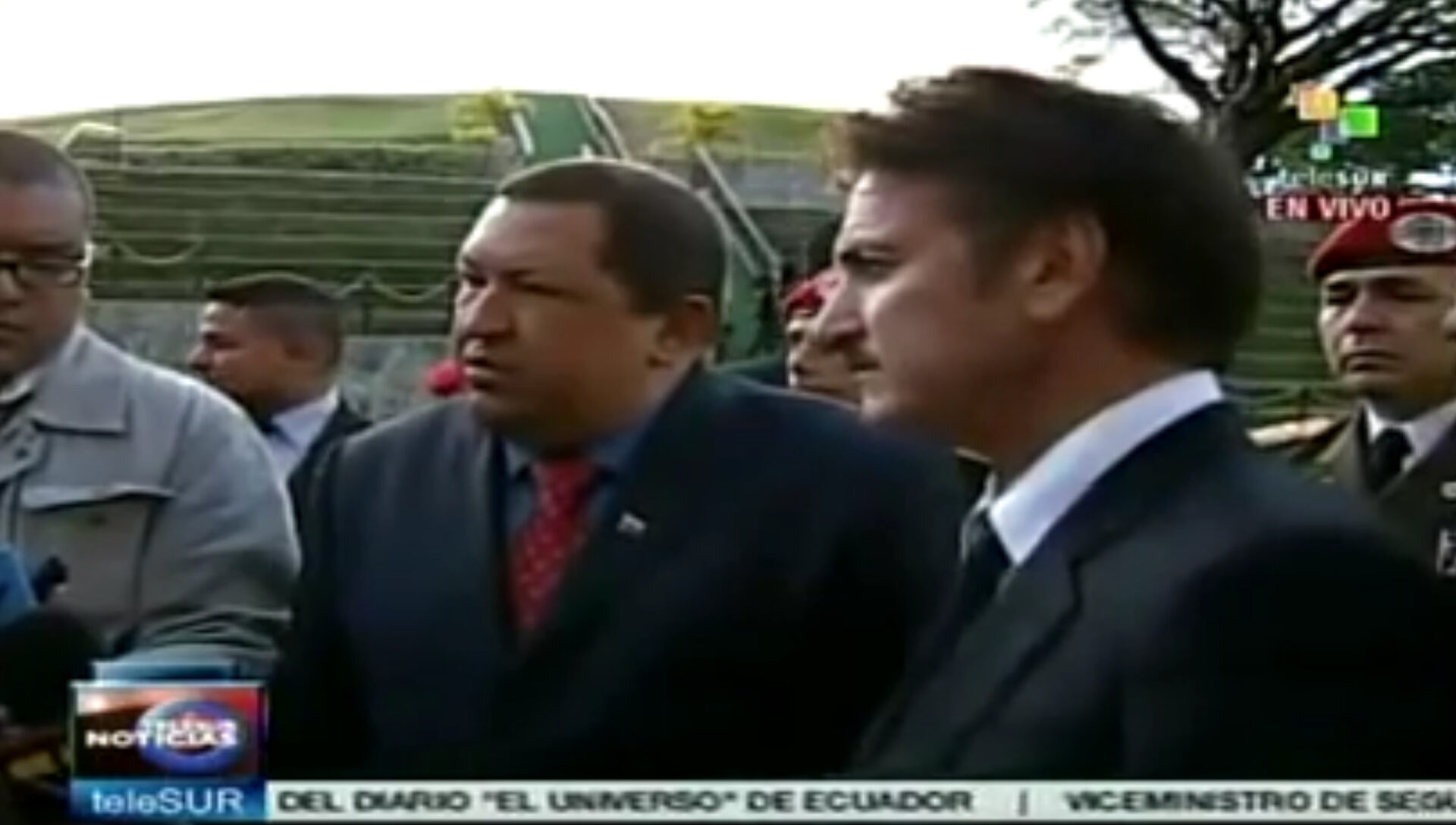 Needless to say, when Chavez passed away in 2013, Penn defended the former President and called for the arrest of any journalist who dared call the former president a dictator.

While The Washington Post of 2013 criticized Obama for not having a stronger response against the former Venezualan president at the time of his death, the former American leader’s lack of condemnation was hardly a statement of endearment for the loss of a monumental leader – unlike the actor’s.

(Heck, the Washington Post writer, Jennifer Rubin, actually praised the Republican responses more. Tells ya how much can change in a decade.) 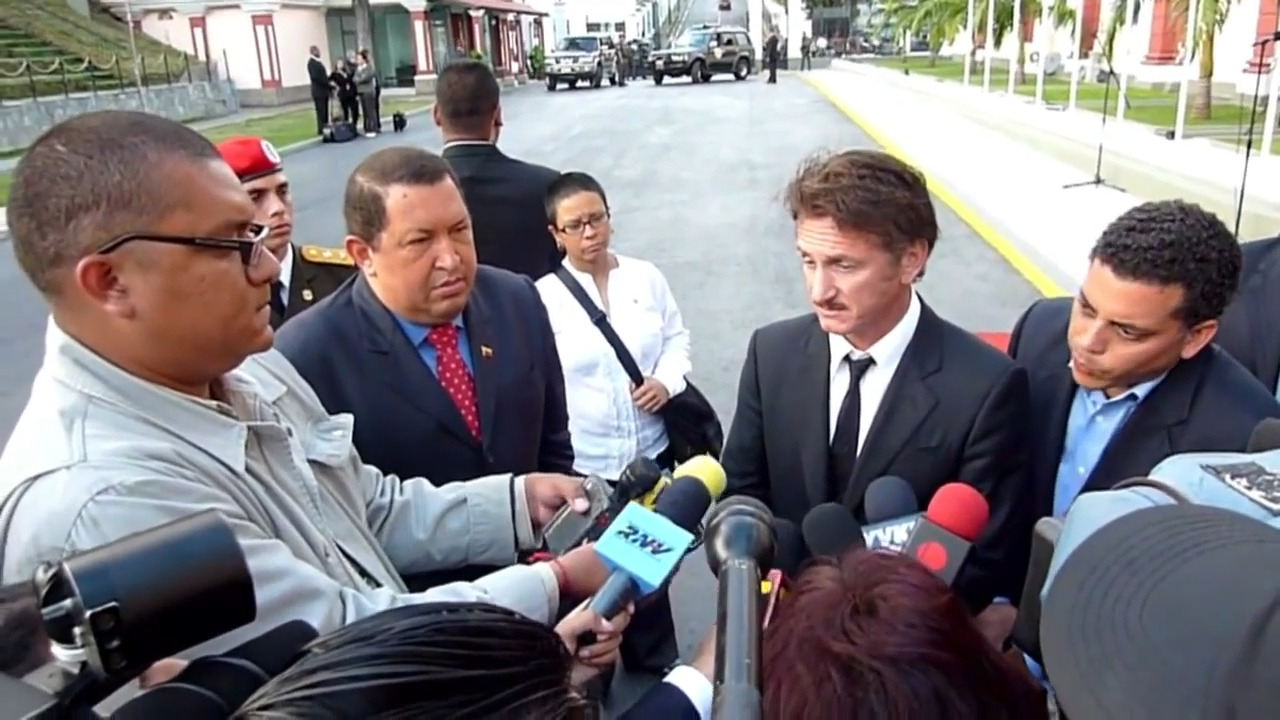 Ten years later, we see Penn talking about wanting Americans to fight in a war they have no part in, other than to “preserve the soul” of America.

To which I say, what soul do you refer to, Sean? Is it the same soul that made you run to another country, fleeing with other Ukrainians in fear for your safety?

We call that hypocrisy. 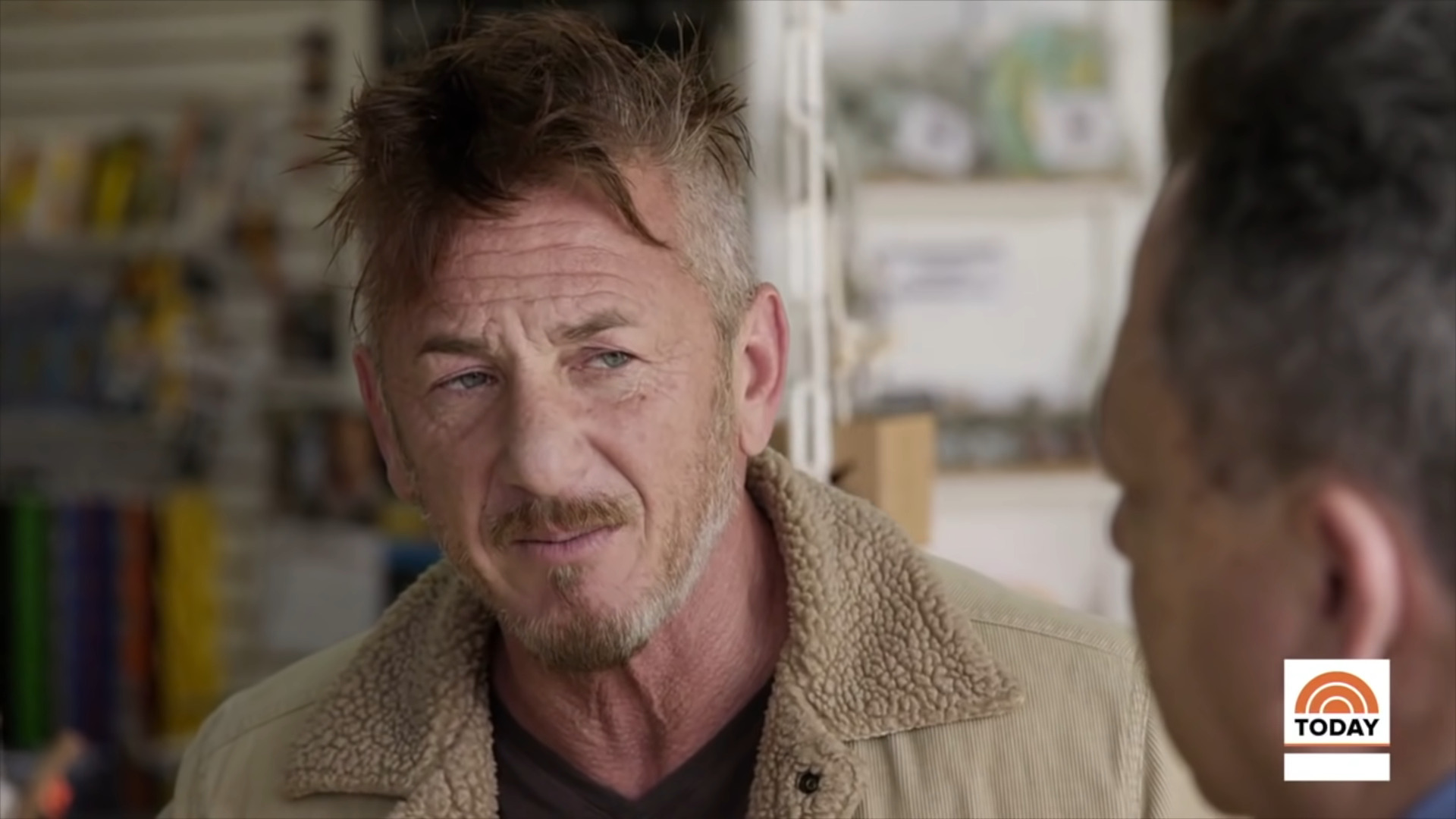 Now, as an inconsistent government has begun almost overnight switching public focus to the conflict in Ukraine after losing the battle for the narrative on COVID – the 2022 Super Bowl’s blatant showing of Hollywood’s double-speak regarding COVID-19 and the recent relaxing of indoor and outdoor masking requirements near nationwide essentially signalling a widespread end to the need for pandemic theater – Penn seems to be once again looking to cement his place in one of history’s big moments and insert his opinion into the public conversation – again, as he flees to another country.

Hollywood does not impress us. Americans aren’t enamored by the limelight nor wrapped up in the words of celebrities to the point of blind following. In fact, Americans have grown increasingly skeptical of the rich, especially when they challenge the average citizen to do something that not one of them would dare lift a finger to do themselves. 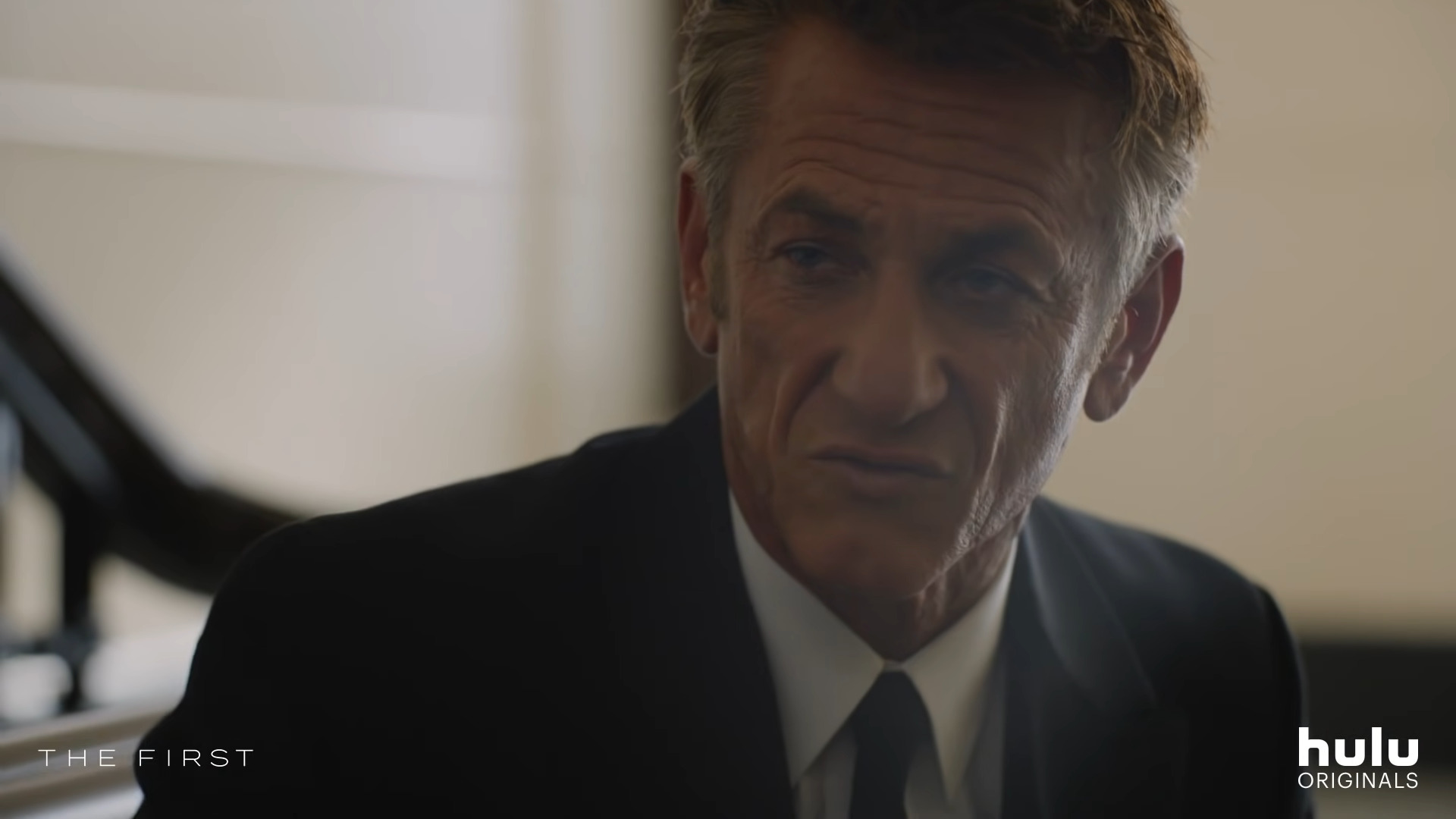 The Public is Done with Hollywood Preaching

All one needs to do is look through the replies to this story and see that support for Elites calling on the poor to die for whatever cause they deem fit is a fad that is long dead and gone.

u/CrunchCrambler on the /r/entertainment subreddit asserted, “I can’t wait to here from all the out of touch Hollywood stars about how ‘we’ need to take action”.

Another user, u/DHirschfelt wrote: “Yeah. Don’t forget the inevitable tone deaf celebrity cover of ‘Give Peace a Chance’ hastily recorded on their phones from the comfort of each of their palatial mansions accompanying an impassioned plea to ‘please donate now’ (while not donating themselves or donating proportionally less) so they can check that box and move on to the next self serving populace trend.”

u/arcbeam chimed in, “‘Imagine there’s no heaven…’ that’s right. when your mom died alone in the hospital her only greeting was from the great black nothing 🙂 anyways I’m going to be quarantined on my private island! We’re all in this together!!!'”

This is probably in reference to the cringe celebrity “Imagine” video posted in early 2020 at the onset of the pandemic:

As well as the equally cringe “I take responsibility” video shared during the BLM protests and Antifa riots of 2020.

After all, seeing a celebrity talking about what we should do, or what tough situations are all about, while they stroll about their mansion grounds or sit down for tea in their conservatory, overlooking the pool and Malibu Hills area is the last thing the average American wants to hear.

In response to all the “Imagine” callback, the user made reference to the bizarre poetry appeal to Putin made by actress AnnaLyne McCord, joking, “Bro, you’re behind the times. The new trend is to write poems about being Putins mommy”.

There are a number of reasons why things are moving the way they are in Ukraine and Russia right now, and as things always go, both the causes for the conflict and the intricacies of the politics involved aren’t so black-and-white.

Penn’s call for America to join the fight on the side of Ukraine is akin to him saying “Go over and kill a bunch of people for a country you don’t belong to,” as if it would solve all the problems in the region rather than stand as interference in another country’s political affairs.

It would be similar to if America and Canada came into conflict and Mexico had people coming over to further stir things up. 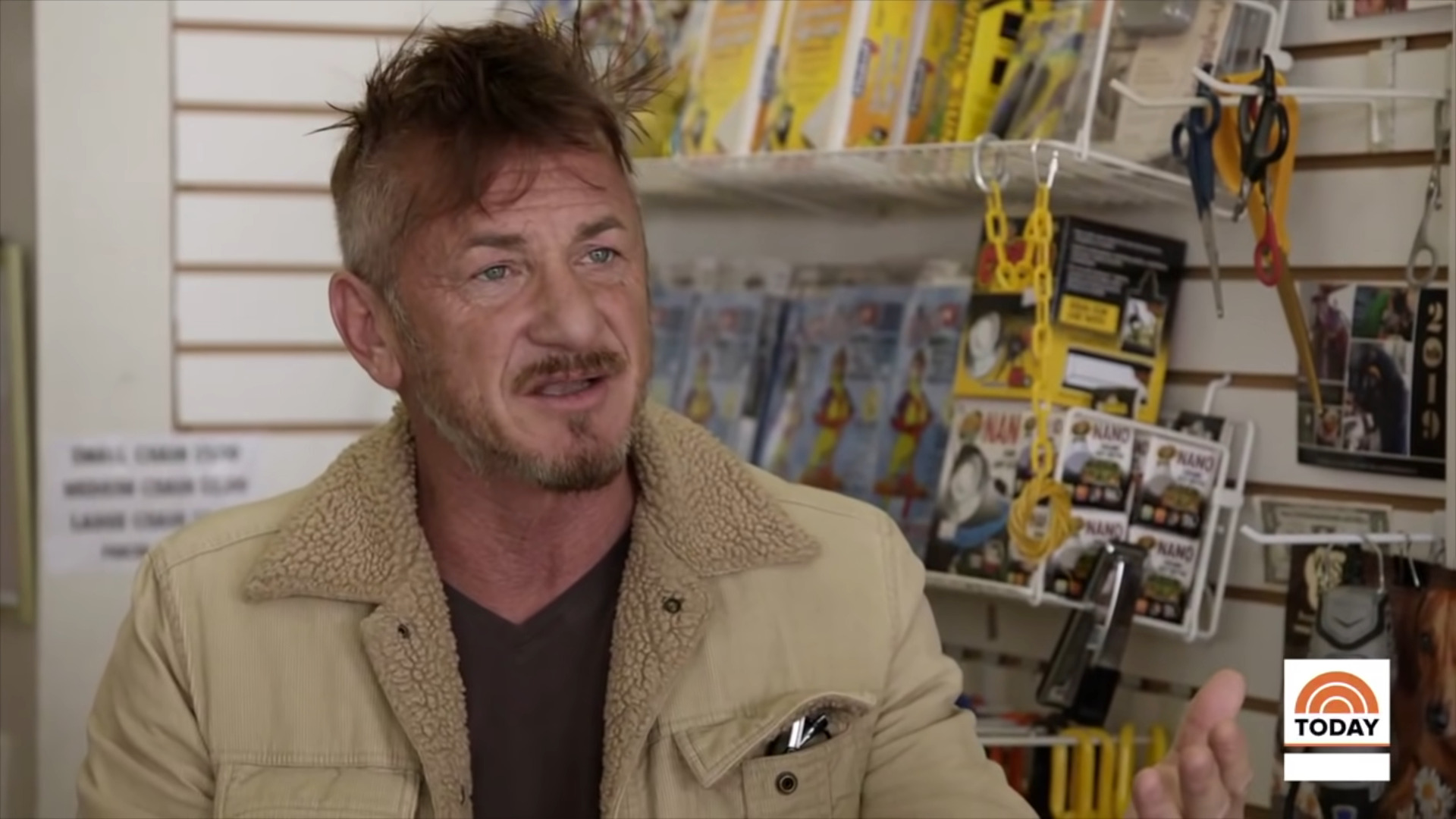 Notwithstanding, as Reddit user /u/FrozenIceko pointed out, there is a threat of mutually assured destruction if Americans choose to stir up anything more than sanctions in the Ukraine-Russia conflict.

“Apparently he’s missing the mutually assured destruction implication,” they said. “Russia holds the world hostage. All we can do is supply Ukraine and sanction the hell out of Russia. Hopefully Russian economy collapses and Putin’s regime loses power.”

And then we have Putin himself saying as much in an announcement over the weekend, declaring that if any country intervened, “Russia’s response will be immediate and lead you to such consequences as you have never faced in your history.”

Now to say that there isn’t a crisis happening in Ukraine would be foolish.

There’s death, for there is war. But there’s a realm of politics and a delicate balance of keeping nuclear options out.

Penn, as an actor, has no idea about the tightrope ambassadors to the regions both Ukraine and Russia have to walk to keep nukes off the table. 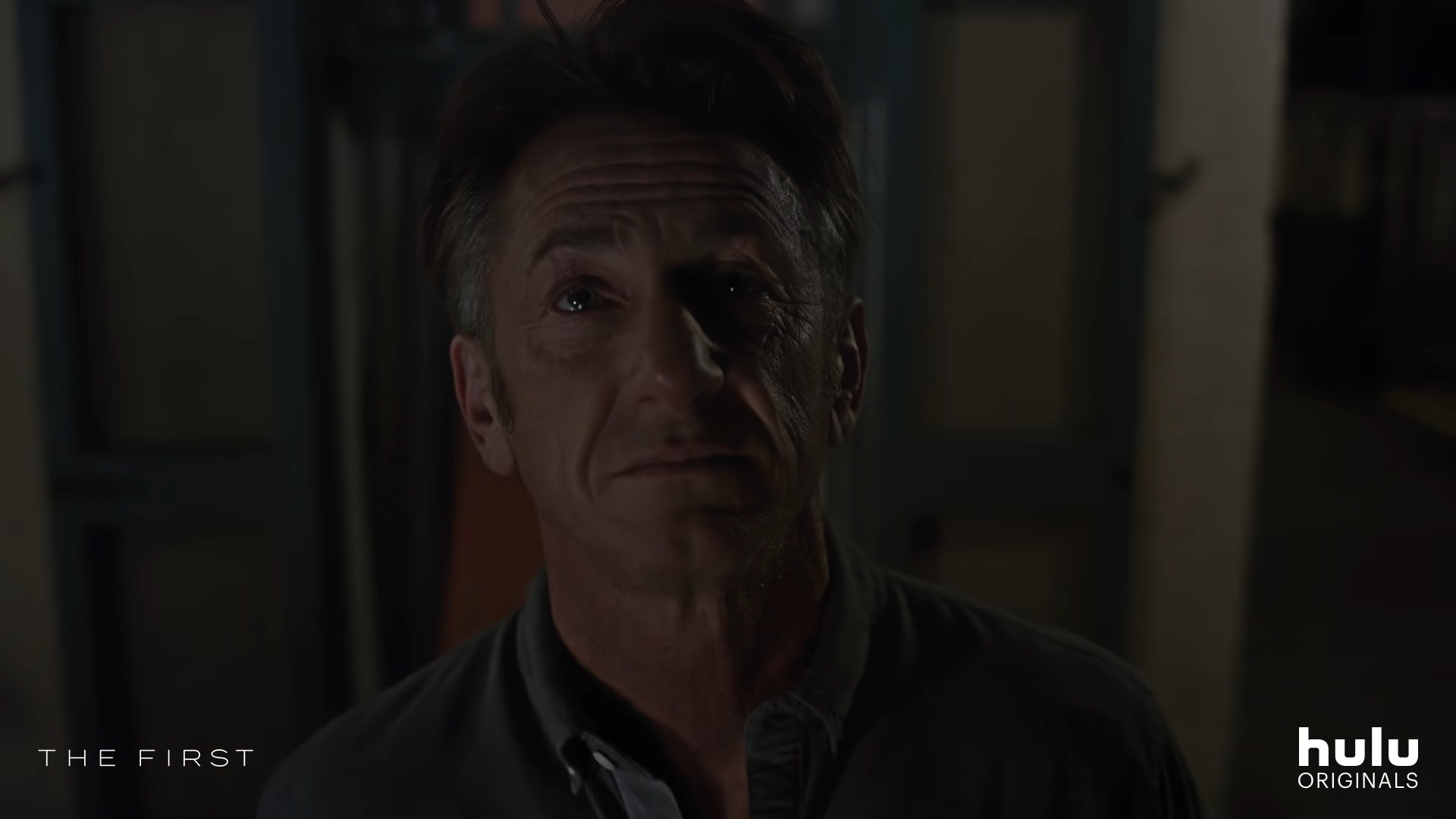 So, for now sanctions is the only reasonable option on the table for Americans, despite the actor’s accusation that taking this route would be a “losing of America’s Soul”.

I believe Penn is best advised by Abbington to just “Shut the f–k up”. 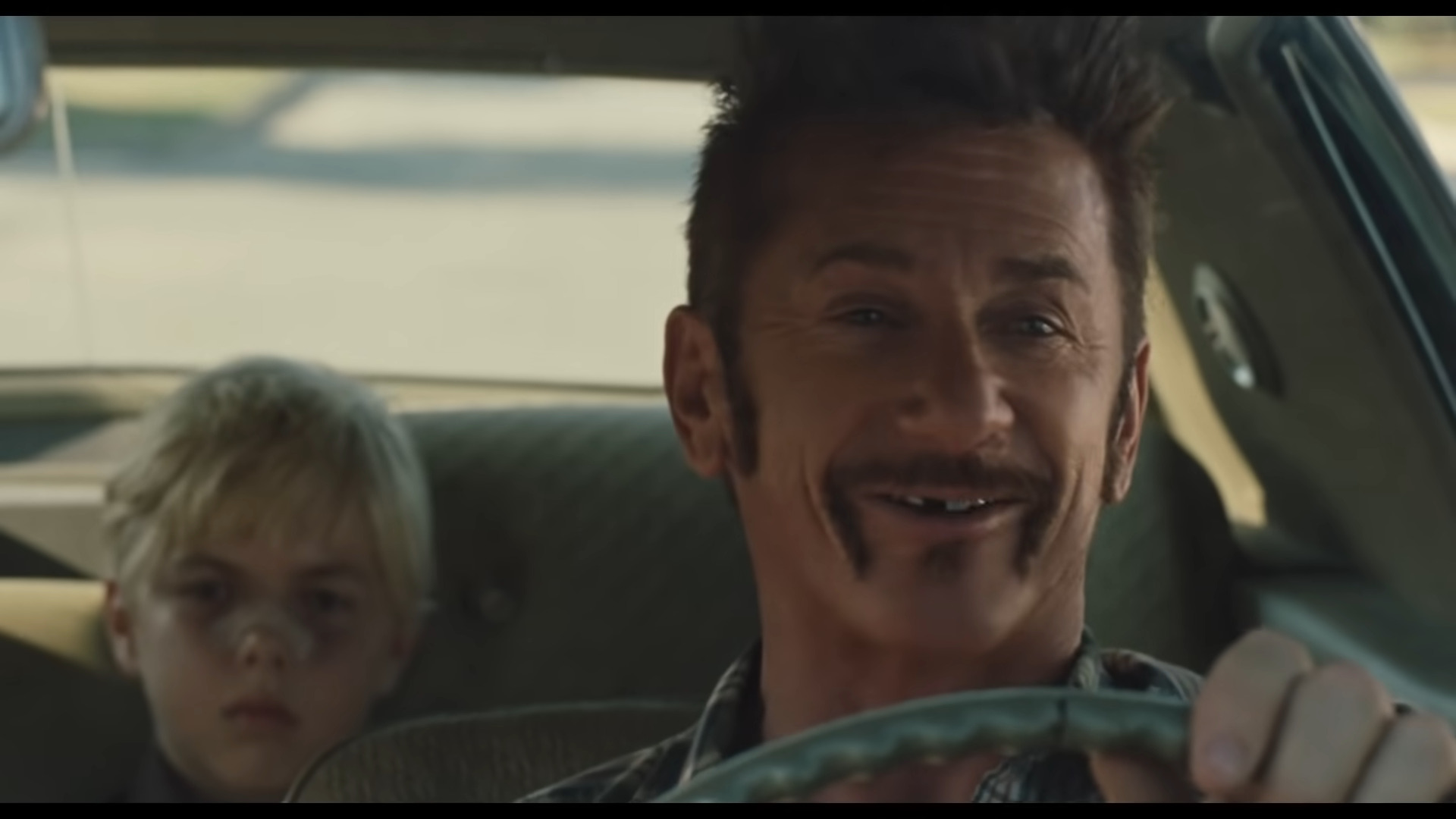 And honestly? Maybe he did so involuntarily by walking himself out of Ukraine.

So much for the soul of America.