DC Comics’ eviction from their new home office in the same Burbank building as the rest of WarnerMedia is being confirmed by a comic pro and his inside sources. 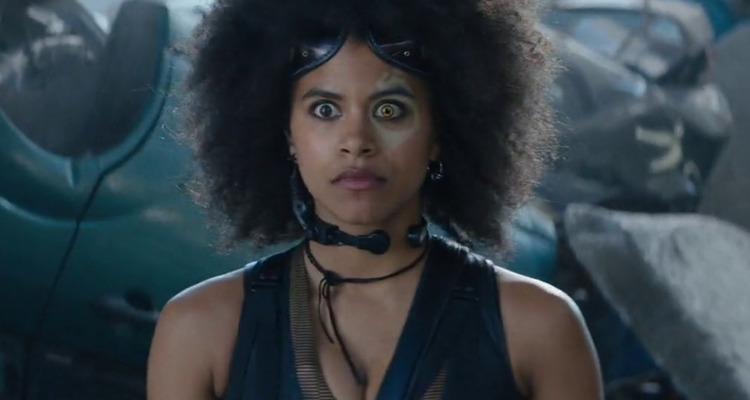 Deadpool and Youngblood creator Rob Liefeld says he and his “So Cal DC buddies” can “absolutely” verify the ouster and the publisher’s new stripped-down work model. 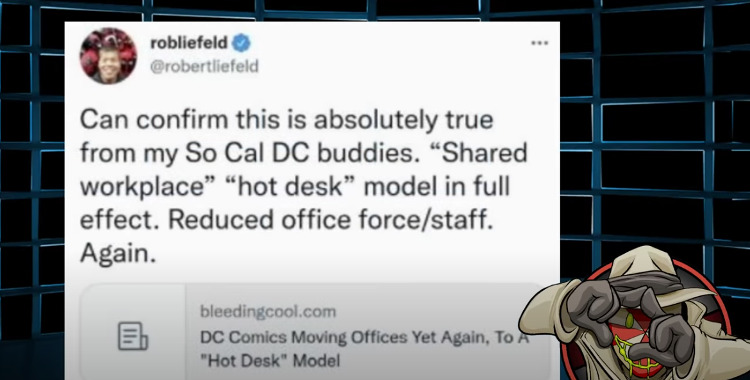 Bleeding Cool was the first to break the news and explain that the hot desk model and shared workspace mean everything is collectivized and no one has their own desk or office anymore. Making it worse is this is just the latest reduction in DC Comics’ means and operations.

Pundit and YouTube creator That Umbrella Guy reacted to Liefeld’s confirmation and the entire story, blaming the privileged attitude of today’s comic pros and the wokeness in the industry.

Citing details from the Bleeding Cool article, it becomes clear DC Comics personnel weren’t being allowed back into the building to get their belongings left behind after a period of working from home. “That should say something about your status,” TUG said.

DC Comics occupied three floors of the real estate until it was ripped from their grasp by WarnerMedia which is going to use the space for something else. While the former finds a new location for themselves close by, TUG points out this is not the first time they were forced to move.

According to Bleeding Cool, staff and creatives were doing “such a good job” working from home during the pandemic that it dawned on Warner they had an expense they no longer had to cover.

“So they’re saying ‘you did such a good job, we’re going to fire some of you. We’re going to move some of you into shared offices.’ Yeah…that’s a great excuse right there, isn’t it?” TUG observed. 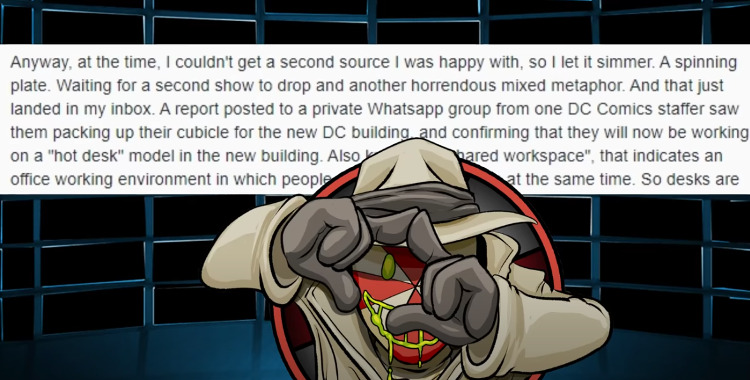 The move and hot desk policy were initially kept quiet with sources to go by until a DC staffer posted evidence of “packing up their cubicle” while confirming the new conditions they have to work under.

It’s a far cry from the personalized office space DC Comics prided itself on for years because “they made money,” TUG noted. Rubber band balls, neon signs, and potted plants were a common sight around the workplace in the good old days of Dan DiDio.

They justify the shared workspace, says TUG and Bleeding Cool, by virtue of the reality not everyone will be at work at the same time. Whoever is present gets to sit where they like which TUG considers “soul-crushing” and suppressing of individuality.

In a nutshell, they went from the impression Warner cared about them like DC Comics staff were part of the family to the first-come-first-serve fight over desks, pencils, and materials. 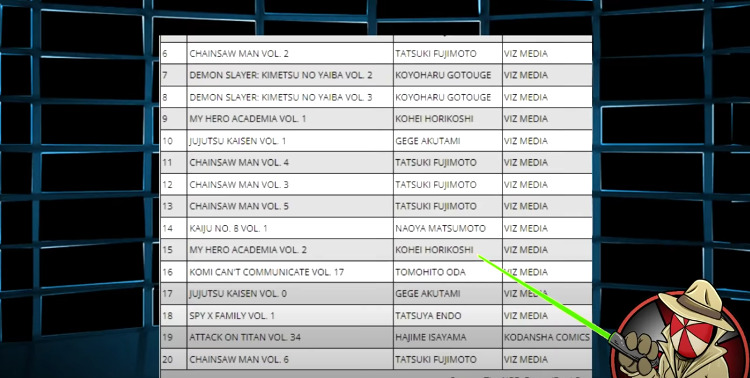 This disheartening development for DC Comics’ workforce is part of the trend TUG has been discussing for years: Manga overtaking domestic comic sales in the West even though it props up overall comic sales in the US because of the way the latter is measured.

Largely, TUG says the attitude toward fans of those in the industry brought this decline on them all.

NEXT: Trial of the Amazons Artist Joelle Jones Accused of Tracing X-Men Art by Pepe Larraz