A Twitch streamer who in response to being permanently banned from the platform said they’d shoot people at Twitch HQ has, upon review, had their ban reduced to only 22 days. 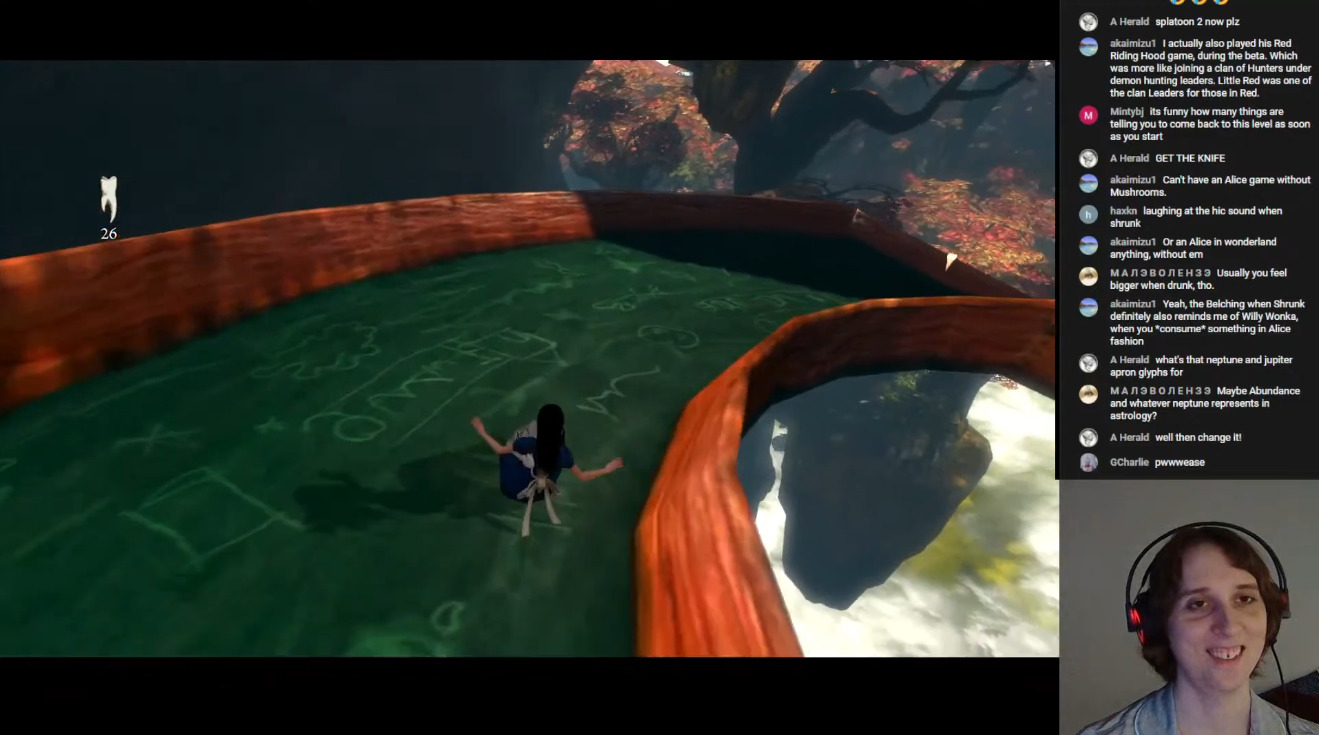 Dexerto reports that Narcissa Wright’s self-named account was banned on March 21st – simultaneously resulting in a loss of her Twitch partnership – after reportedly opening a link that contained nudity, subsequently displaying it to her audience.

While prior streamers who made similar missteps have usually been given only minor suspensions, Wright claimed hers was permanent.

“One person shows up in discord and is being very troll, I decide to talk to them and find the humanity in them,” tweeted the streamer. “I screencap discord, and they blast me with a gross nsfw image. sort of forgot about images, was intending for a text chat, so I was naïve (and foolish)? My mistake!”

She further lamented, “But then I get PERMANENT SUSPENDED and there’s no human conversation, and like, I’m going through some major s–t, I didn’t wanna see a gross image or be told to kill myself, but I guess because I accidentally showed something gross I get f—–g destroyed and deplatformed.”

“Where’s the response, like idk,” Wright bemoaned. “Sorry for being impatient too, I just, need this stream. jesus.”

RELATED: Dr. Disrespect To “Sue The F***” Out Of Twitch Over His Permanent Ban

Continuing to rant in a series of now deleted tweets, Wright then threatened harm against both herself and Twitch staff, publicly voicing such sentiments as “The internet is hell,” “real life is hell, too,” “@twitch makes me want to DIE!!!!!”, and “I want to kill myself and shoot people at the twitch HQ!!! hahahaah!!”

In light of these posts, some began to speculate that these post-suspension comments had led to harsher penalties against her account, while others expressed concern for her mental health. 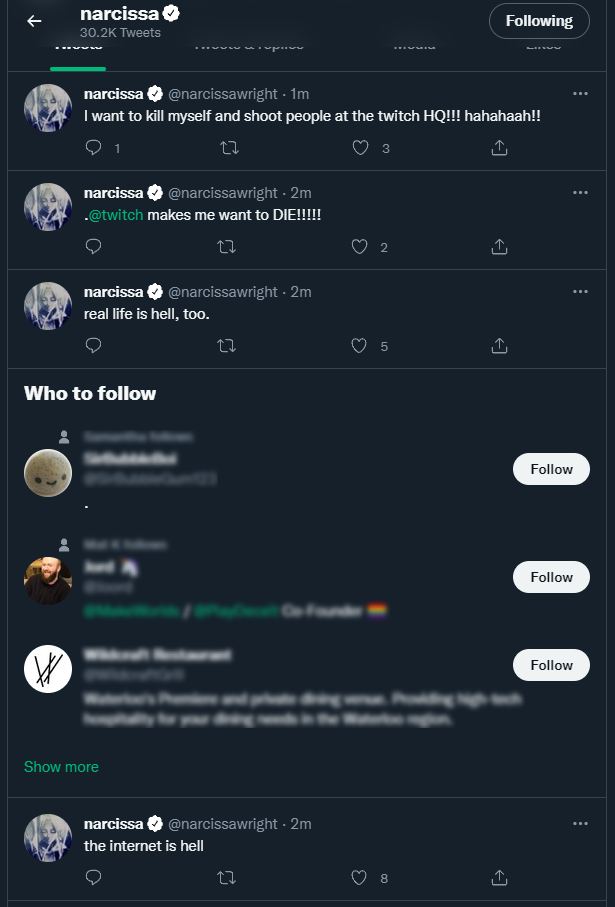 However, speaking to Dexerto, Wright clarified that her comments were not a legitimate threat, but rather just “an edgy comment.”

“But I think if Twitch really cared about mental health they would have reached out and talked to me instead of suddenly deplatforming me,” the streamer admitted. “I don’t own any weapons and the threat was non-credible. I did feel like self-harming though, and the tweet was my way of self-harming.” 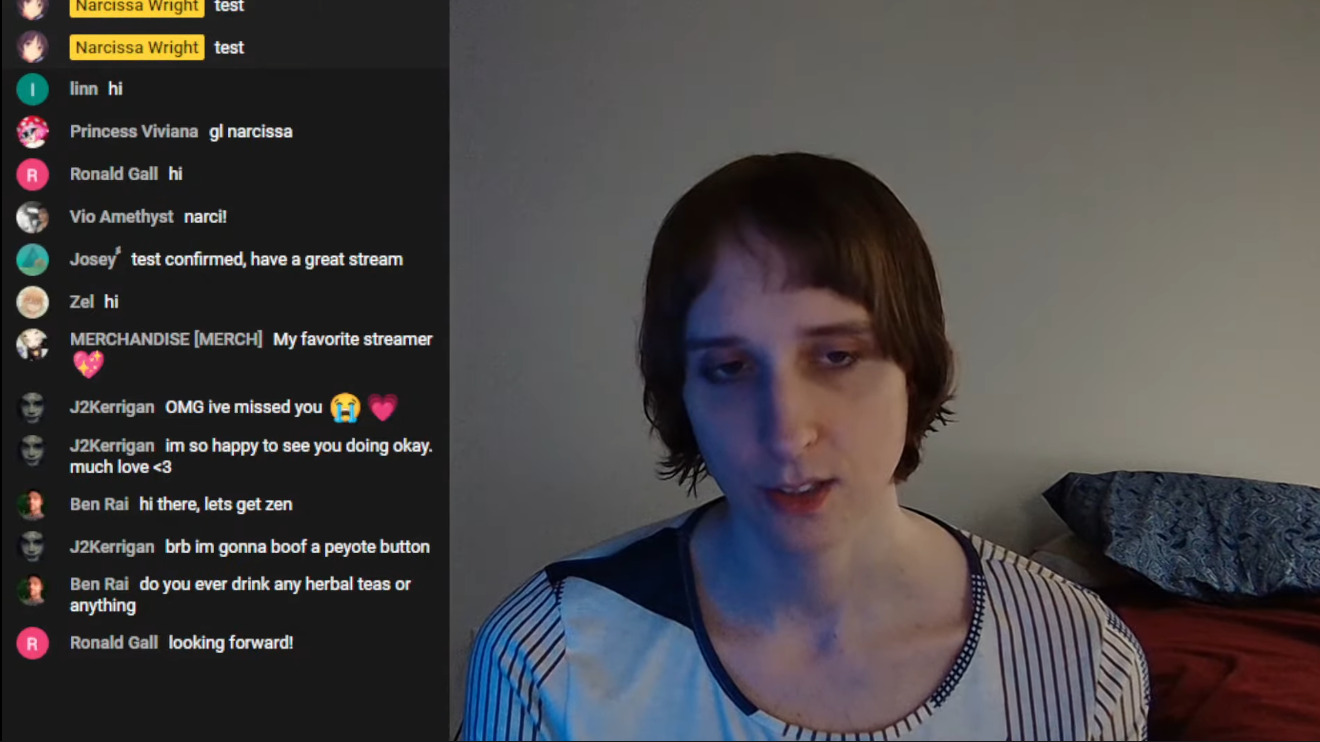 On the 23rd, in response to a user asserting “I’m pretty sure in the amount of time you’ve been posting about this you could have created a new account. Narcissa explained to another Twitter use that creating alternative accounts to evade the ban were not allowed.

She then shared a screenshot of her email inbox, showing permanent ban emails for at least two of her other Twitch accounts – “nw_smash_account_ffffffff”, and “banned_to_hell.” 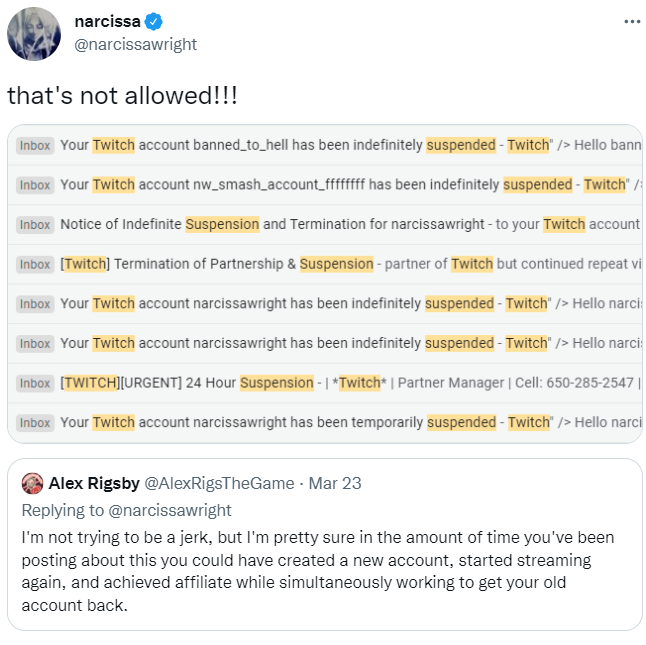 In spite of Wright’s comments on Twitter, Wright revealed on March 29th that Twitch had significantly reduced the terms of her ban.

“After reviewing your case, we can confirm that the correct enforcement was issued,” read an email sent by Twitch and shard by the streamer. “However, given the details of your case, including the remorse expressed in your appeal, we have decided to reduce your suspension duration.”

As such, the streaming platform informed Wright that her “suspension has not been adjusted to expire 22 calendar days,” though “the strike will remain on your account”. 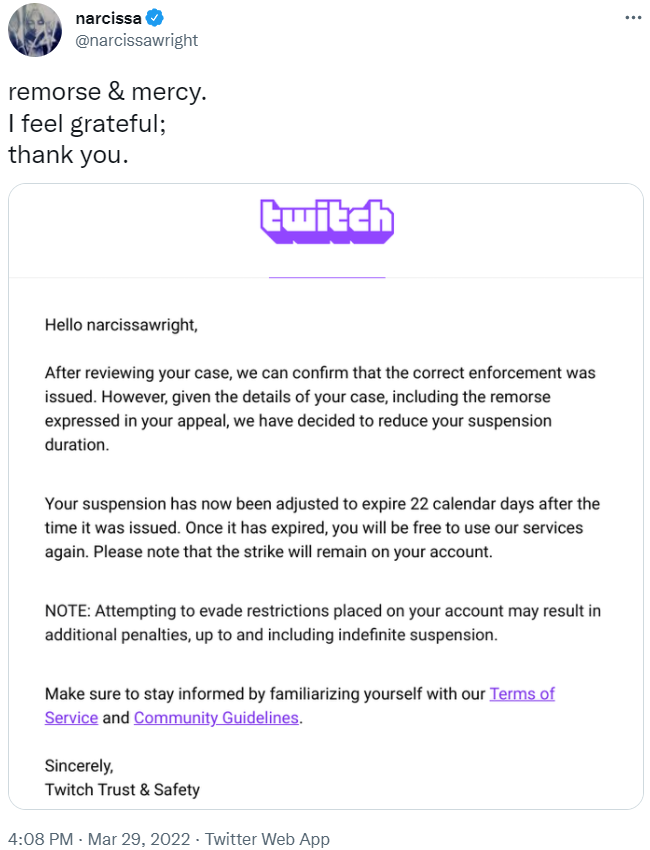 Born Cosmo Wright, the streamer has been an active speedrunner since at least 2012, even achieving the world speedrunning record for The Legend of Zelda: Ocarina of Time with a time of 18 minutes and 10 seconds.

Wright held this record until 2015, when her time was beaten by 3.04 seconds. 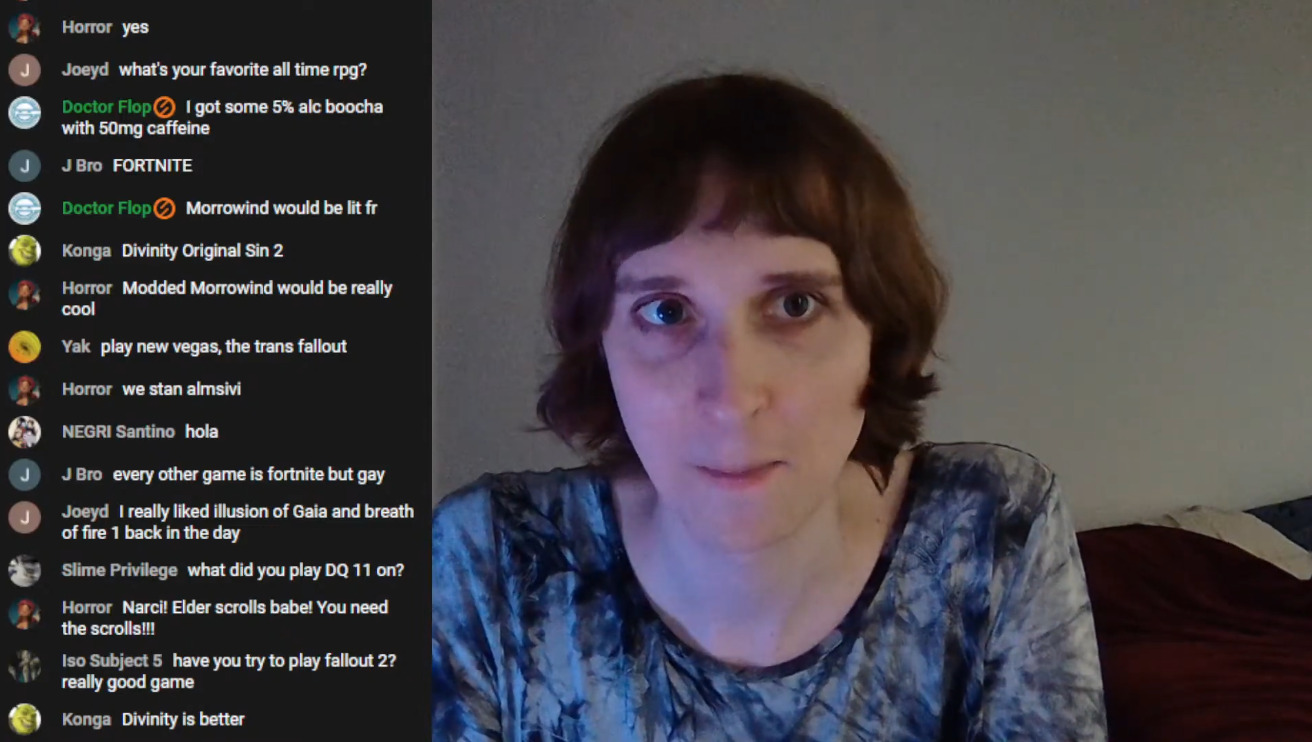 In April 2016, after allegedly receiving abuse for undergoing hormone replacement therapy and announcing a move away from speedrunning due to hand pain, Wright deleted her Twitch channel – only for it to “spontaneously” reappear three days later.

In an interview with Vice, Wright theorized the reason for her ban could have been anything from reading documents regarding her sex change surgery, to streaming sexual scenes from anime, to wearing a shirt which visibly displayed “shape” of her nipplesto her audience. 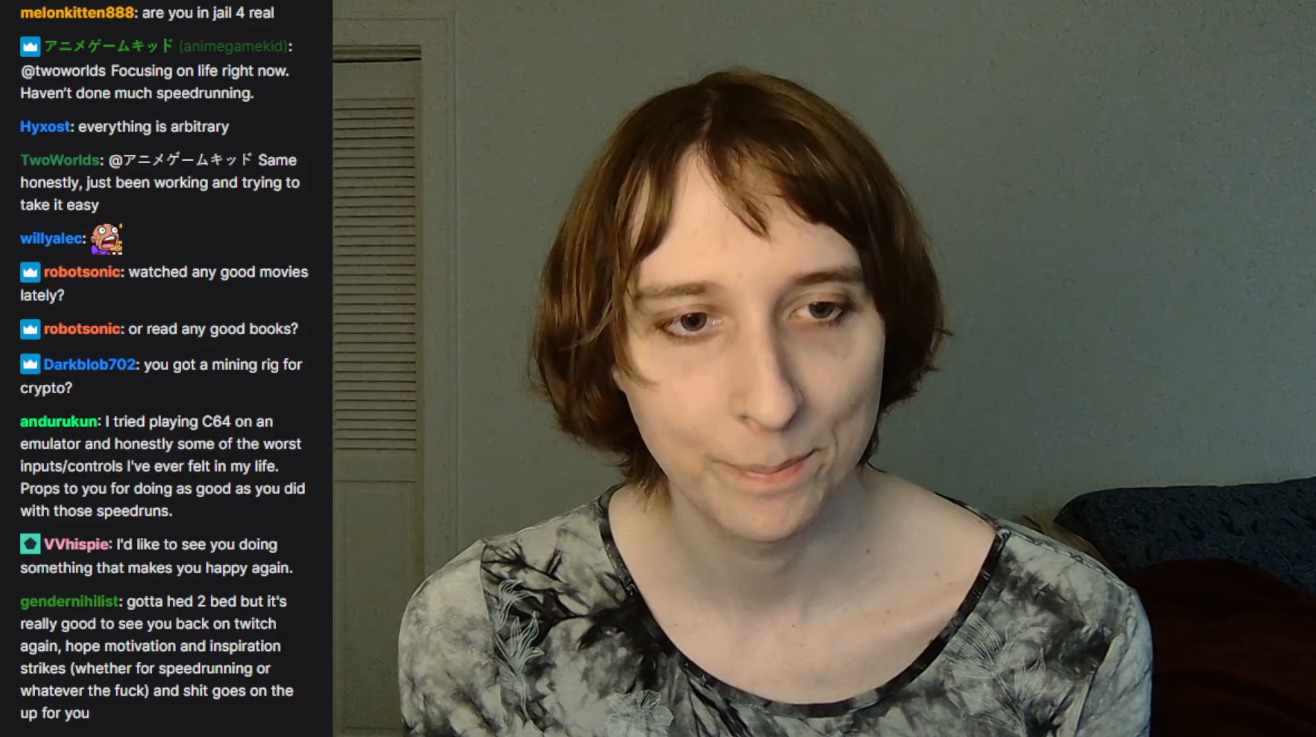 What do you think of Twitch reducing Wright’s ban? Let us know on social media and in the comments below.

NEXT: Twitch Permanently Bans Destiny For “Hateful Conduct,” Streamer Speculates It Was Over His “Claims That Transwomen Shouldn’t Compete With Ciswomen In Women’s Athletics”