Following the recent news that the next film in the MonsterVerse is moving ahead and set to film in Queensland, Australia, we now have more to confirm about the project.

RELATED: Godzilla vs. Kong ‘Sequel’ In Development, Filming In Australia

According to an update provided by Production Weekly via Kaiju News Outlet, not only will GvK director Adam Wingard return to direct the upcoming quasi-sequel to Godzilla vs. Kong – confirming another previous rumor – but the film also currently holds the working title of ‘Son of Kong’.

Adam Wingard will reportedly be returning to direct the new MonsterVerse film that currently is titled "Son of Kong" according to Production Weekly. pic.twitter.com/5DB9ZLEEKI

Son of Kong was a title that floated around the trades a year ago after GVK became a hit, though it was thought to be only one possible idea among many that Legendary Pictures had simmering in the proverbial oven.

Should this temporary title remain, it would not be the first time a King Kong film turned its attention towards the kaiju’s lineage.

In 1933, RKO released the original Son of Kong, a direct sequel to the first King Kong film. In it, travelers to Skull Island find another kaiju ape they believe to be the direct offspring of the 8th Wonder of the World. 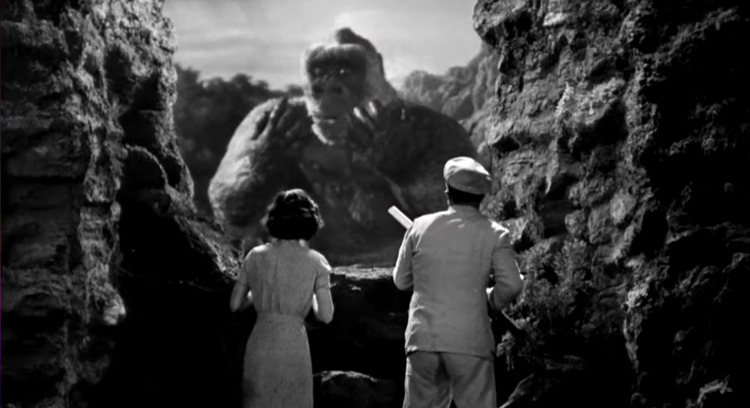 RELATED: Godzilla’s Most Powerfully Lethal Enemy Is Not Who You Think

The next MonsterVerse entry could take direct inspiration from this film and show Kong finding more of his kind in the Hollow Earth, possibly even settling down to have a child.

Conversely, it could also be another exploration through the unseen world’s uncharted depths and creatures, ala GvK, albeit with no new Kongs.

With the film looking to be more of a Kong picture than a Godzilla one, it’s unknown if the undisputed King of the Monsters will make a return appearance after making peace with his rival and swimming away at the end of GvK.

However, there is always the chance that Godzilla might have a small part in the upcoming installment – if he isn’t being saved for Legendary’s MonsterVerse Apple TV Plus series.

If he does appear, as either a cameo or something bigger, he and Kong may have to do battle against another monumental threat to their respective reigns.

More about Son of Kong – or whatever the movie winds up being called – is likely to come out very soon but one thing is already certain: the MonsterVerse keeps chugging along as demanded.

What are your hopes for this film? Are you glad it’s more Kong and less Gojira? Answer us down below.

NEXT: Godzilla vs. Kong Writer Max Borenstein Provides Hopeful Update For The Future Of The MonsterVerse