Actor John Leguizamo, who previously admitted he lost half of his fans due to his embrace of identity politics, is now whining he’s lost thousands of followers on Twitter after Elon Musk’s purchase of the company. 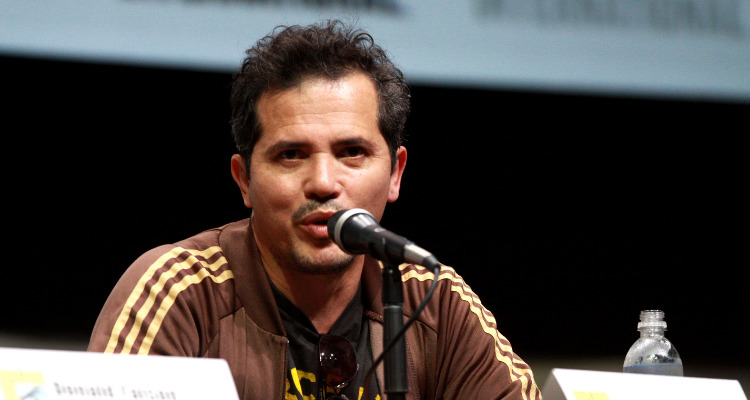 However, before whining about losing followers, Leguizamo claimed the social media platform would “become a hot bed for insurrectionists! And hate mongering.” 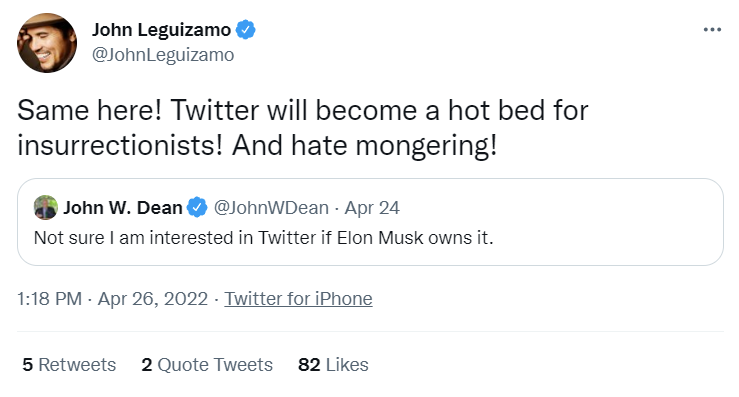 He followed that up tweeting, “#notmytwitter.” 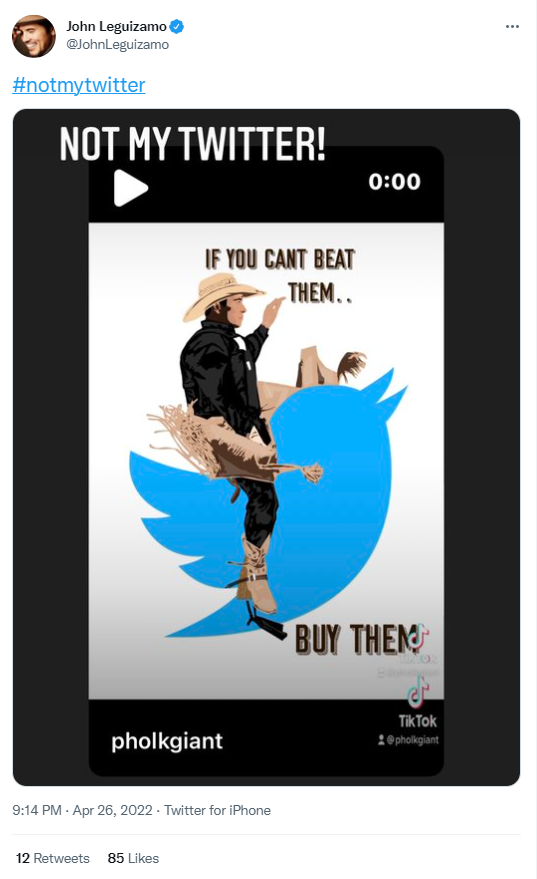 While Leguizamo did indeed lose just shy of a thousand followers on April 26th, he has not lost “thousands.” In fact, Social Blade reports he’s only lost 786 followers over the past 30 days and is only averaging losing 27 followers per day.

If you look back over the course of the entire month of April, Leguizamo started the month with 403,513 followers. Social Blade currently reports he has 402,281, but checking on Twitter he currently has 402,385. It’s more than likely Social Blade is just behind in its live reporting. 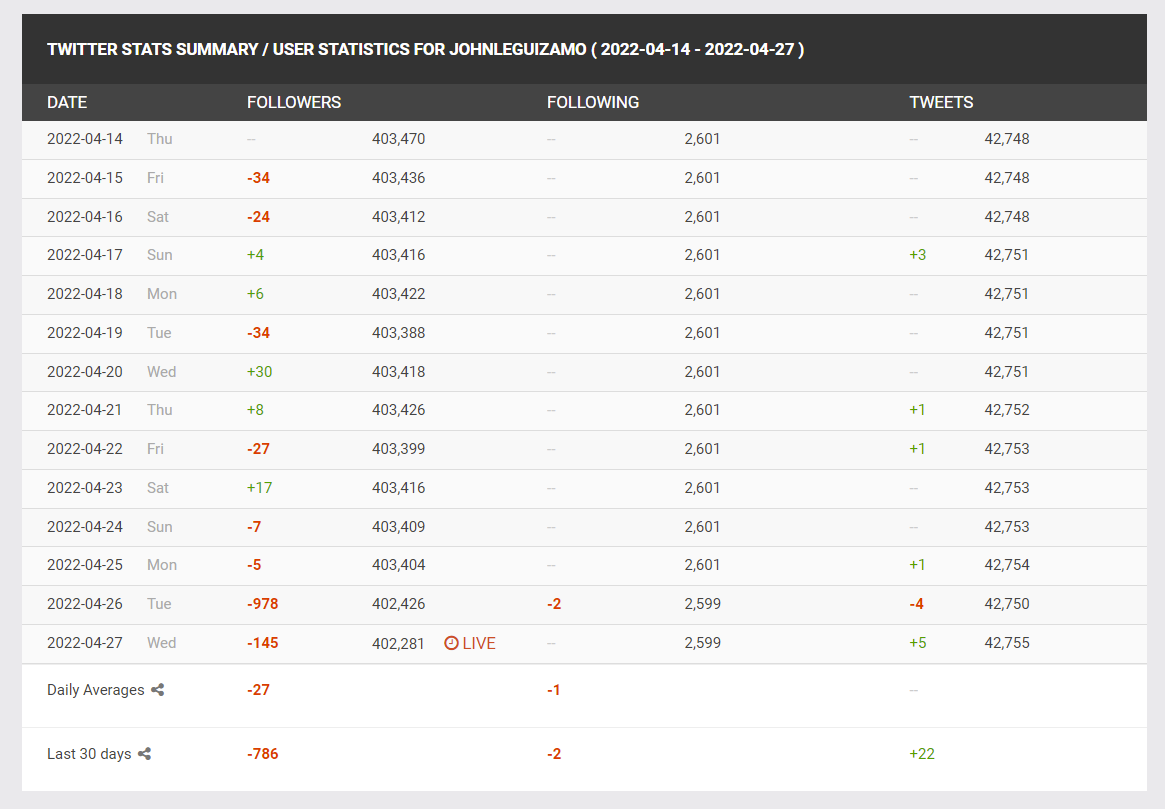 RELATED: The Mandalorian Actor John Leguizamo Admits His Embrace Of Identity Politics Lost Him Half His Fans, Also Claims He Stayed Out Of The Sun To Stay “Light-Skinned” In Order To Get Work In Hollywood

Interestingly, as noted above, Leguizamo admitted earlier this year in an interview with the Oscars that he lost half his followers due to his embrace of identity politics.

He said, “Well, being vocal has its cost. It has a cost. Like when I became very politically conscious and then politically on my social, I lost half my followers.”

“Still, like when I post political stuff on Facebook, they go, ‘John, you used to be so entertaining, but now you’re a bore.’ But, you know, all this hate stuff, which I ignore, you know?” he added. 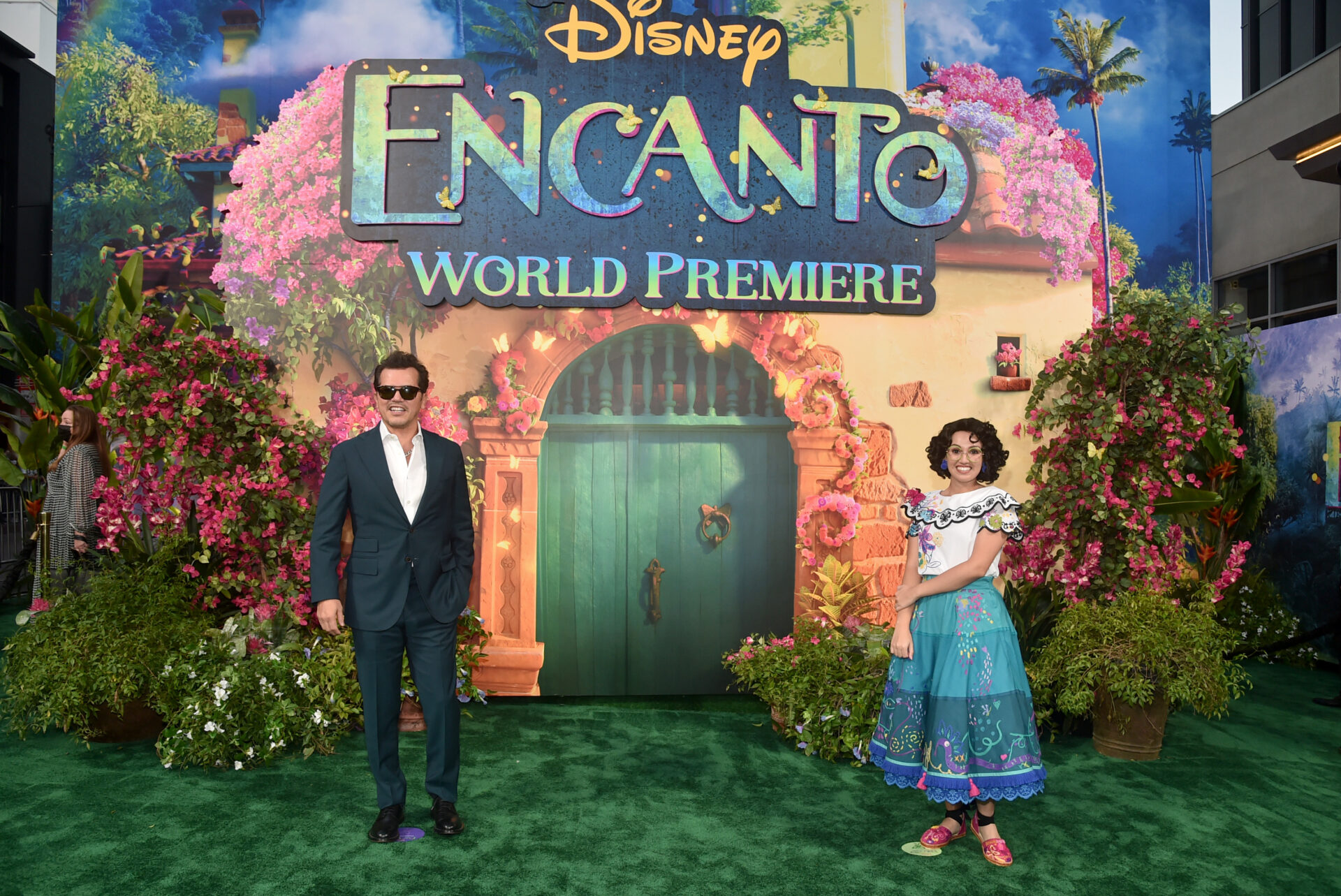 RELATED: Hollywood Celebrity John Leguizamo Claims That Critical Race Theory Is His “Whole Reason For Being”

Given he admitted so calmly about losing half his followers to the Oscars, it’s strange he would be so upset at losing less than a thousand followers following Elon Musk’s purchase of Twitter.

What might be even more surprising is that he still has as many followers as he does given his absolutely lunatic views that he’s expressed.

Back in July 2021, Leguizamo shared a video to Instagram claiming that the racist “critical race theory is my whole reason for being.”

In the video, the actor questioned, “Let me ask you, are you bent the f*** out of shape about critical race theory?”

“Well, the good news is you may not be a racist motherf***er. You might just be ignorant about what the hell CRT is,” he answered his own rhetorical question.

He continued, “Basically, you know, it’s a bunch of legal scholarship and academic think-y talk that just tries to figure out what systems are in place that f*** over minorities in the US in subtle ways, rather than the full-on in-your-face racism.” 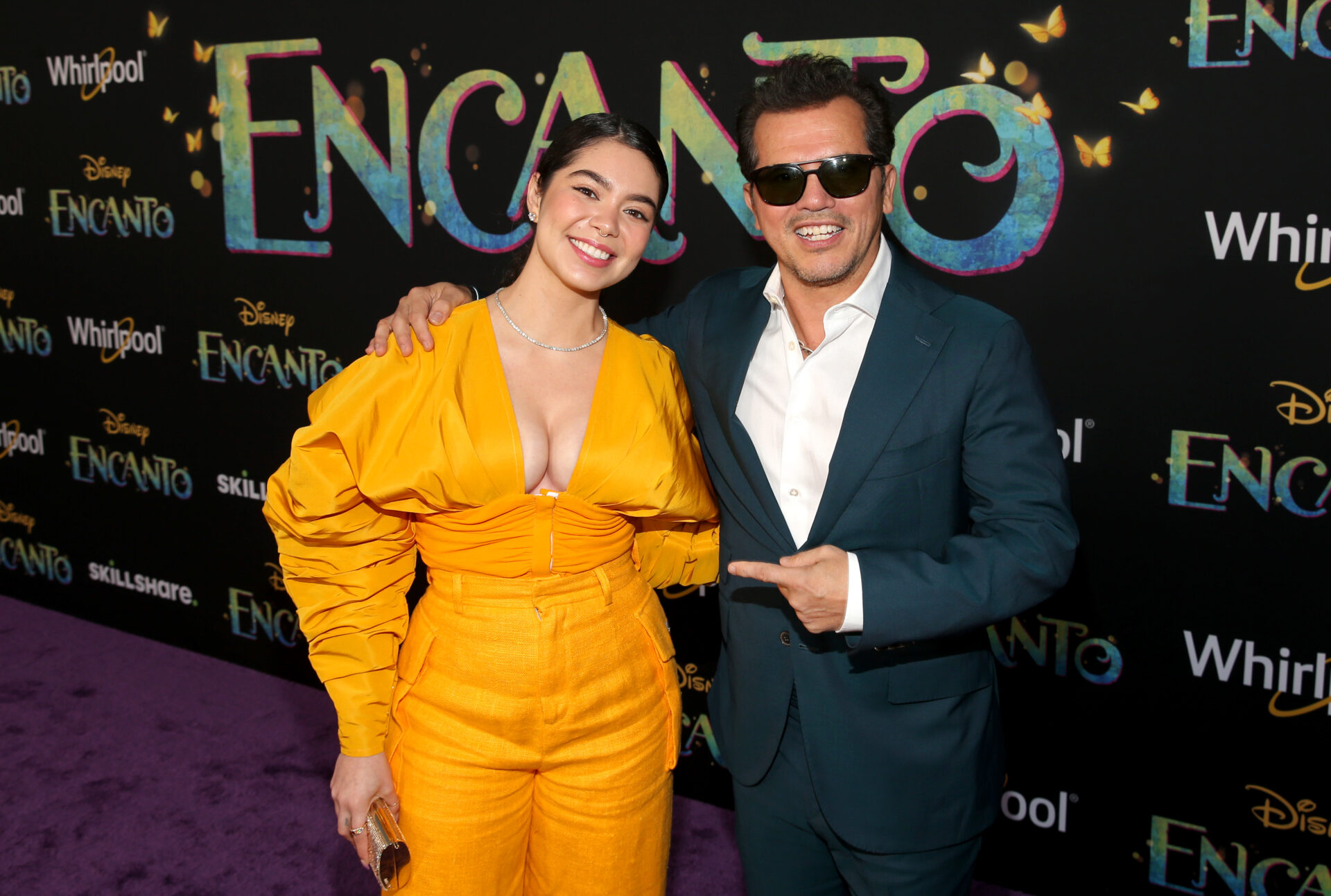 The actor then attempted to explain, “Like, is a black person unable to get a loan that a similar white person could get because the bank loan officer is a colossal sheet-wearing racist a**hole?”

“Or is it maybe because, like, a ‘Latin X-er’ who can’t get a loan because he has no inherited property because their ancestors were dirt poor and possibly robbed of their wealth during the making of Texas and California, Nevada, and Arizona so that white people could get ahead,” he said.

“And because of laws and attitudes that have improved, but still affect people of color today,” he opined. 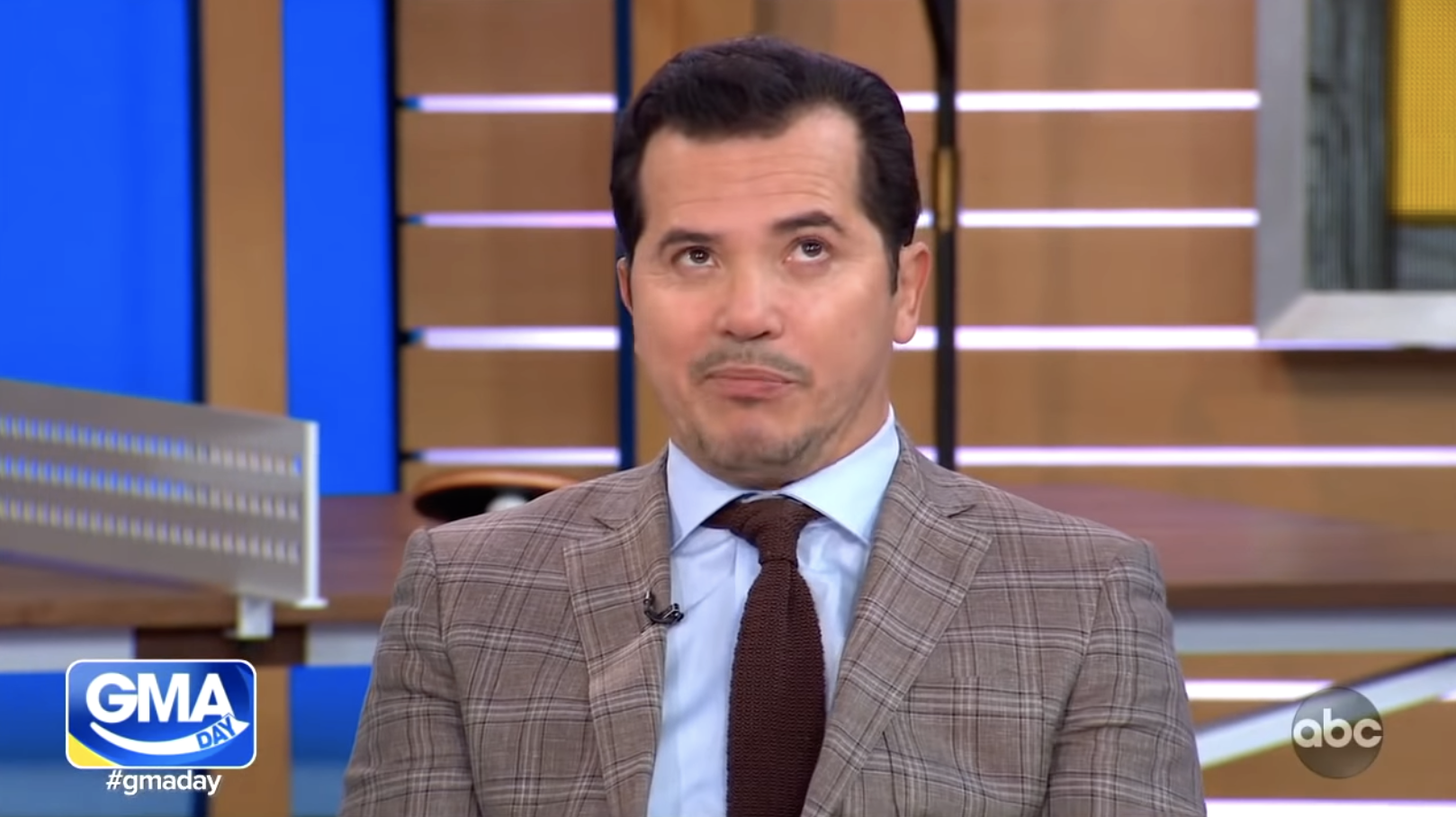 “So here’s one thing. No one is teaching this stuff to your young kids, so calm the f*** down! It’s pretty high-brow college-level stuff, and if your kids go to college, they are going to definitely be exposed to this s*** whether you agree with it no matter what you think. So calm the f*** down.”

“Critical race theory is an evolving discipline, and part of the mainstream thinking in the field is that, because laws and attitudes are constantly changing, CRT also has to constantly change. So, none of this is set in stone. So relax, calm the f*** down,” he concluded. 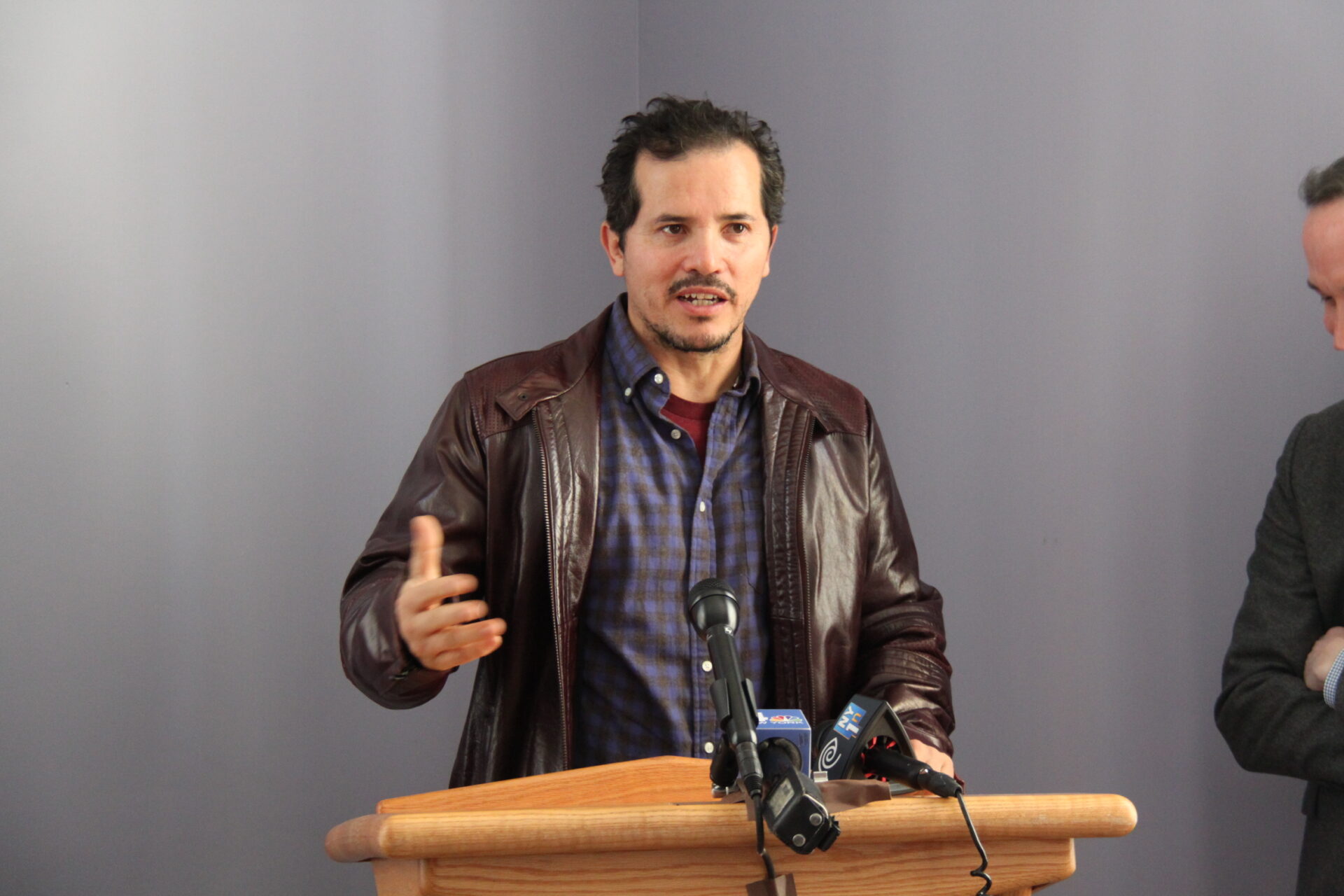 What do you make of Leguizamo’s whining of losing his Twitter followers? Are you surprised he hasn’t lost more due to his absolutely batty ideas and comments?

NEXT: John Leguizamo Slams The Oscars For Lack Of “Latinx” Representation, Claims The Term “People Of Colour” Has Been Used To More Effectively Erase Latinos