Netflix’s English-language dub of the superhero anime Tiger & Bunny 2 has changed an instance of dialogue from the original Japanese script in order to have a male character, Golden Ryan, both criticize “outdated gender norms” and declare himself a “feminist”. 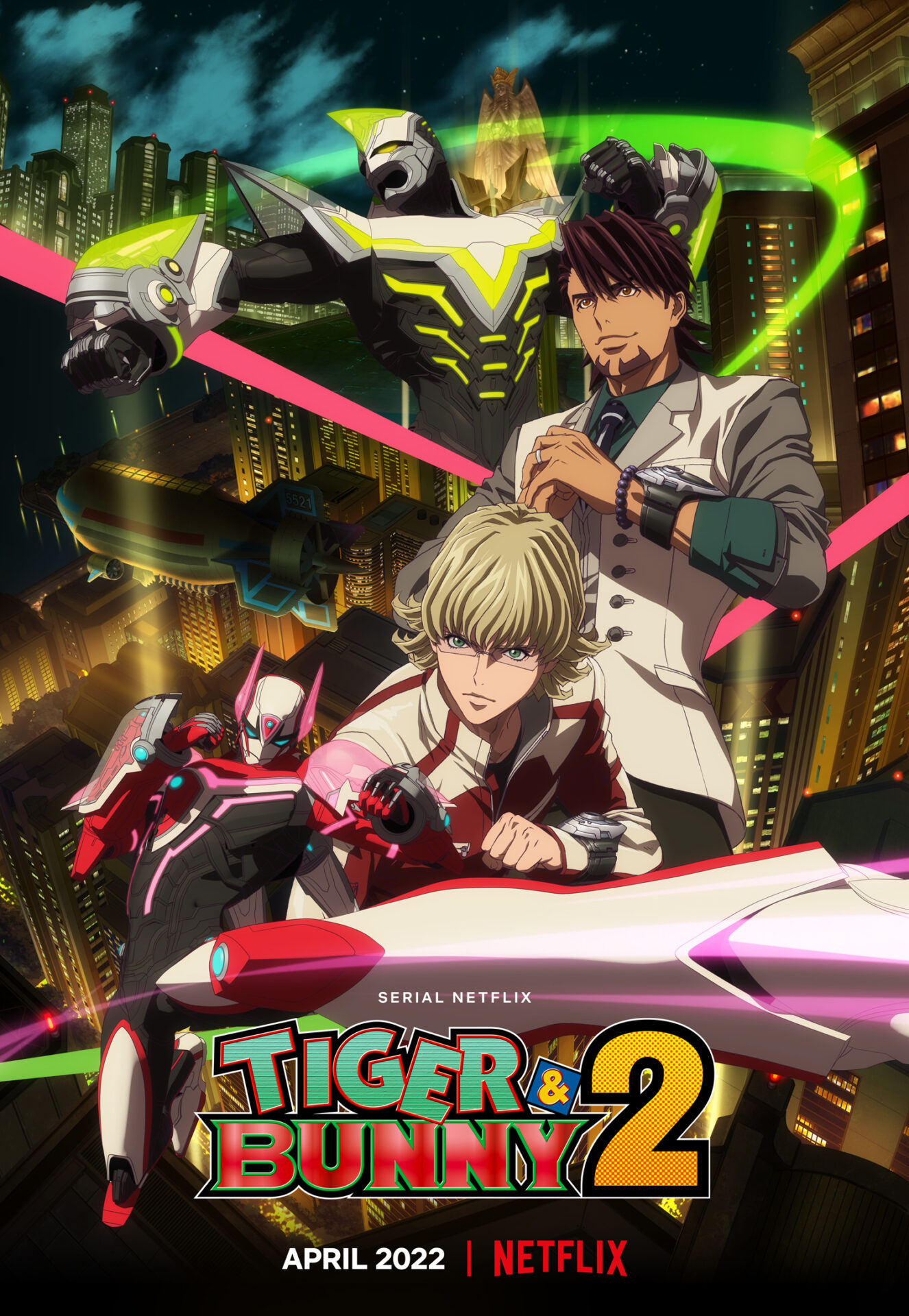 Created in 2011 under the direction of The Big O co-creator and Mobile Suit Gundam: Char’s Counterattack key animator Keiichi Sato and produced by the former Sunrise studio, Tiger & Bunny depicts a world wherein superhumans – referred to in-universe as NEXTs (Noted Entities with eXtraordinary Talents) – not only exist, but those who choose to serve as heroes receiving corporate sponsorship and a starring role on Hero TV, a reality show which livestreams their exploits and allows users to vote on who should be crowned the season’s “King of Heroes”. 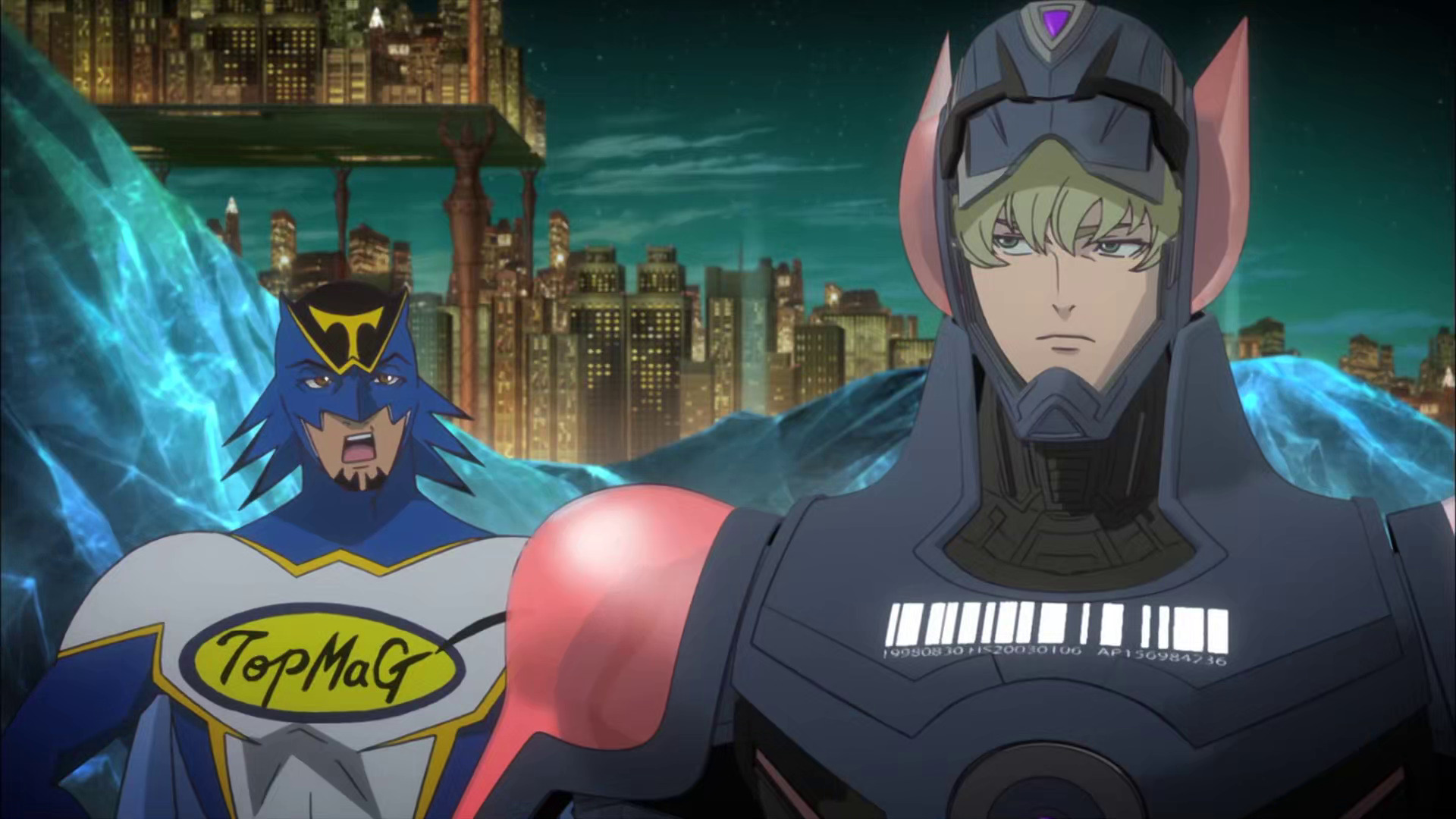 Unfortunately for Kotestsu T. Kaburagi, an older hero who goes by the name of Wild Tiger and possesses the ability to power-up his physical abilities for a short time, recent years have seen his more classical methods of superheroing rendered outdated by a generation new of NEXTs who boast more haphazard views towards stopping villains as well as better equipment.

As such, his sponsors team him up with an up and coming hero, Barnaby Brooks, Jr., who just happens to share the same powerset as Kotetsu. 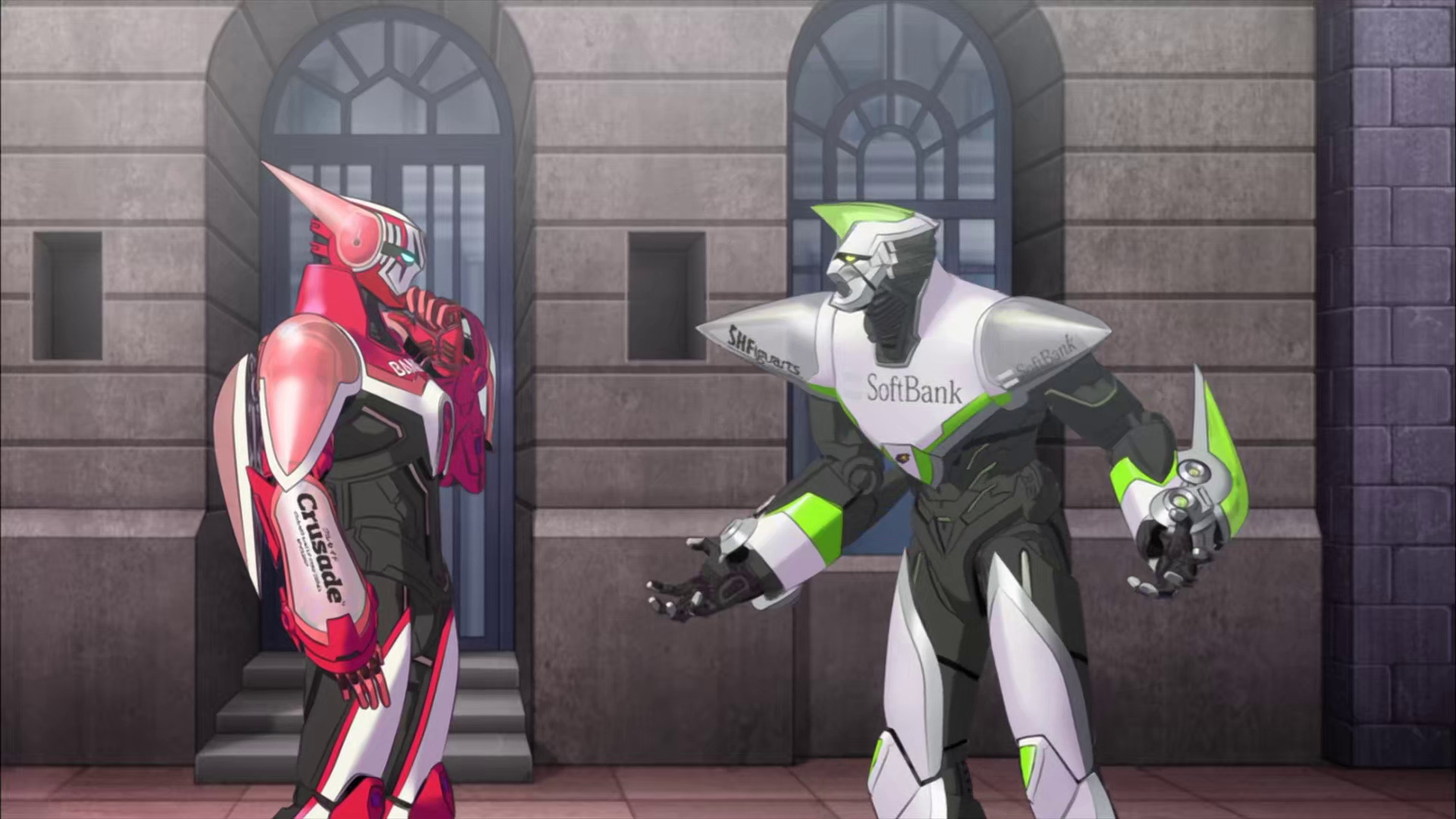 Though their outlooks and methods clash at first, the two grow to respect each other’s styles, ultimately finding their groove as partners and teaming-up to solve the murder of Barnaby’s parents.

Following the anime’s first season and a sequel movie, Tiger & Bunny: The Rising, the popular series quietly receded into the annals of anime history until 2019, when Bandai Namco Pictures – the recently-formed entity into which Sunrise was folded – announced that a new series starring Kotetsu and Barnaby was in production. 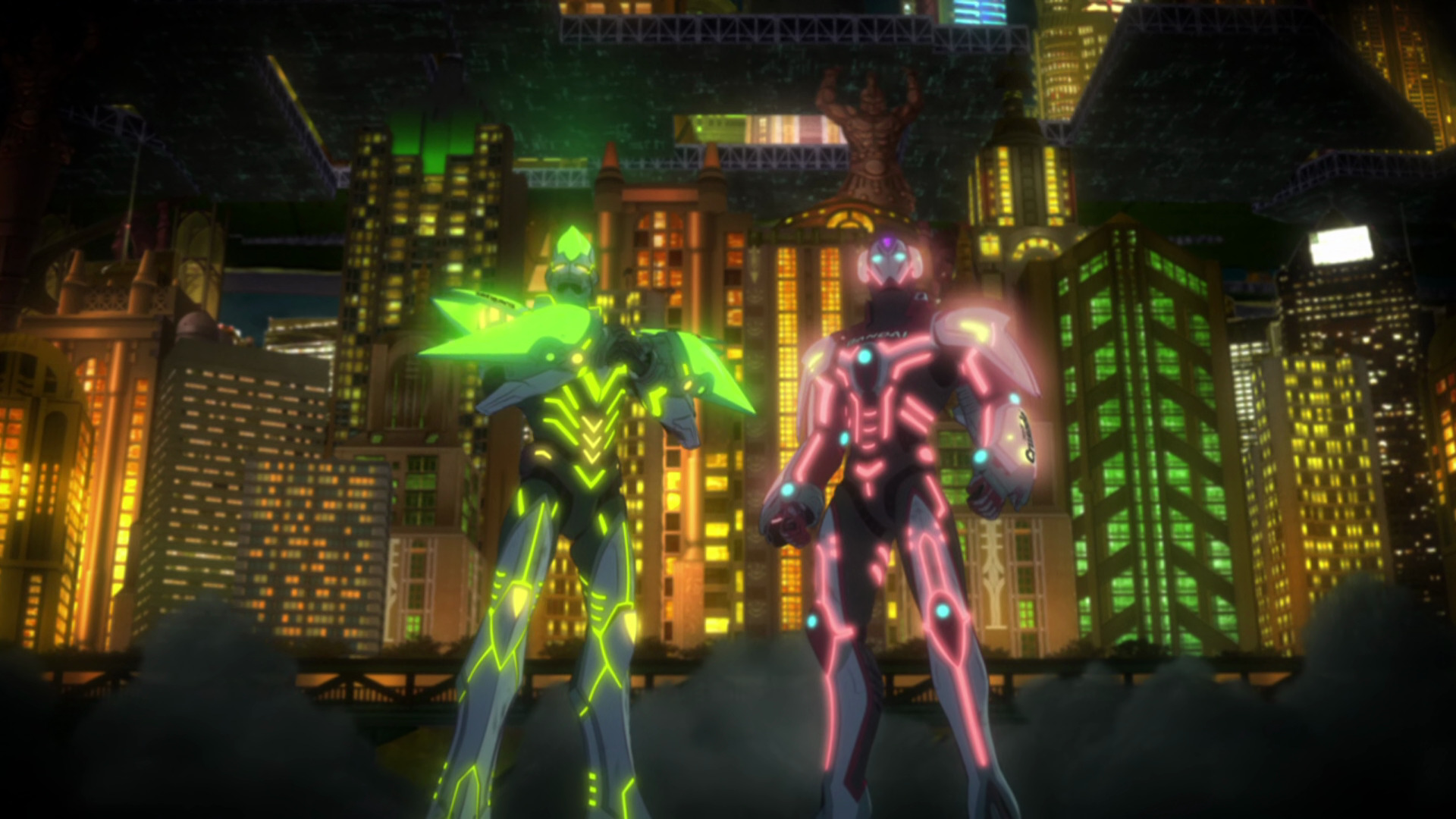 Released on April 8th, 2022, Tiger & Bunny 2 picks up in the aftermath of The Rising and finds two villains, Fugan and Mugan, slaughtering heroes across the globe as they make their way to the series’ main setting, Sternbild City.

This second season also introduces the ‘Buddy System’ to the Hero TV competitors, an aptly-named concept which requires all heroes be placed in a duo, their partner either chosen by themselves or forcefully ordered by their sponsors. 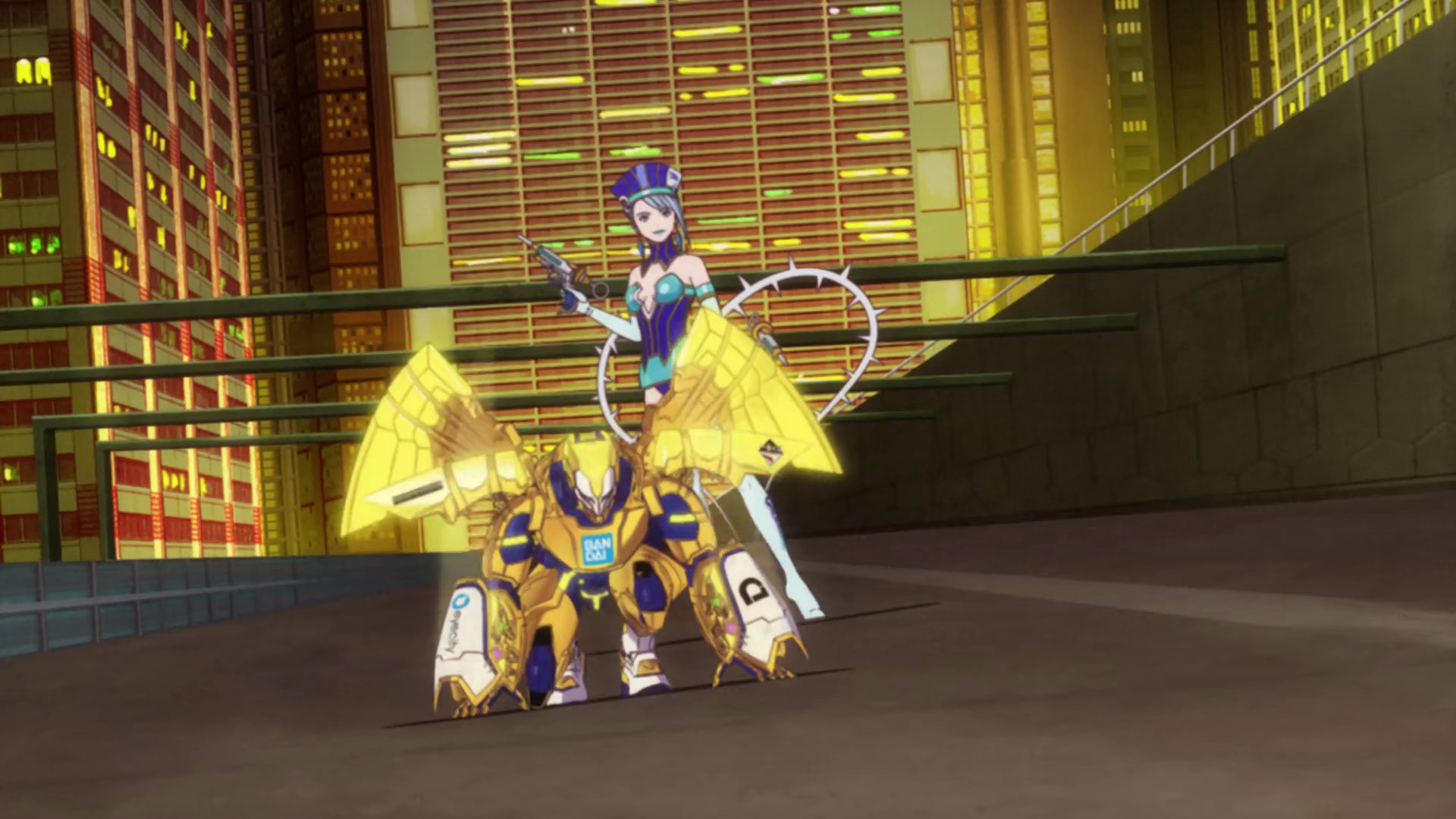 Thanks to this new requirement, veteran series hero Blue Rose finds herself teamed up with the aforementioned Golden Ryan, the gravity-manipulating hero who debuted in the series as Barnaby’s one-time partner in The Rising.

However, Blue Rose soon finds herself annoyed with Golden Ryan’s overt chivalry which, despite being performed with only the best of intentions, often results in him either dismissing her own capabilities as a hero or treating her opinions with condescension. 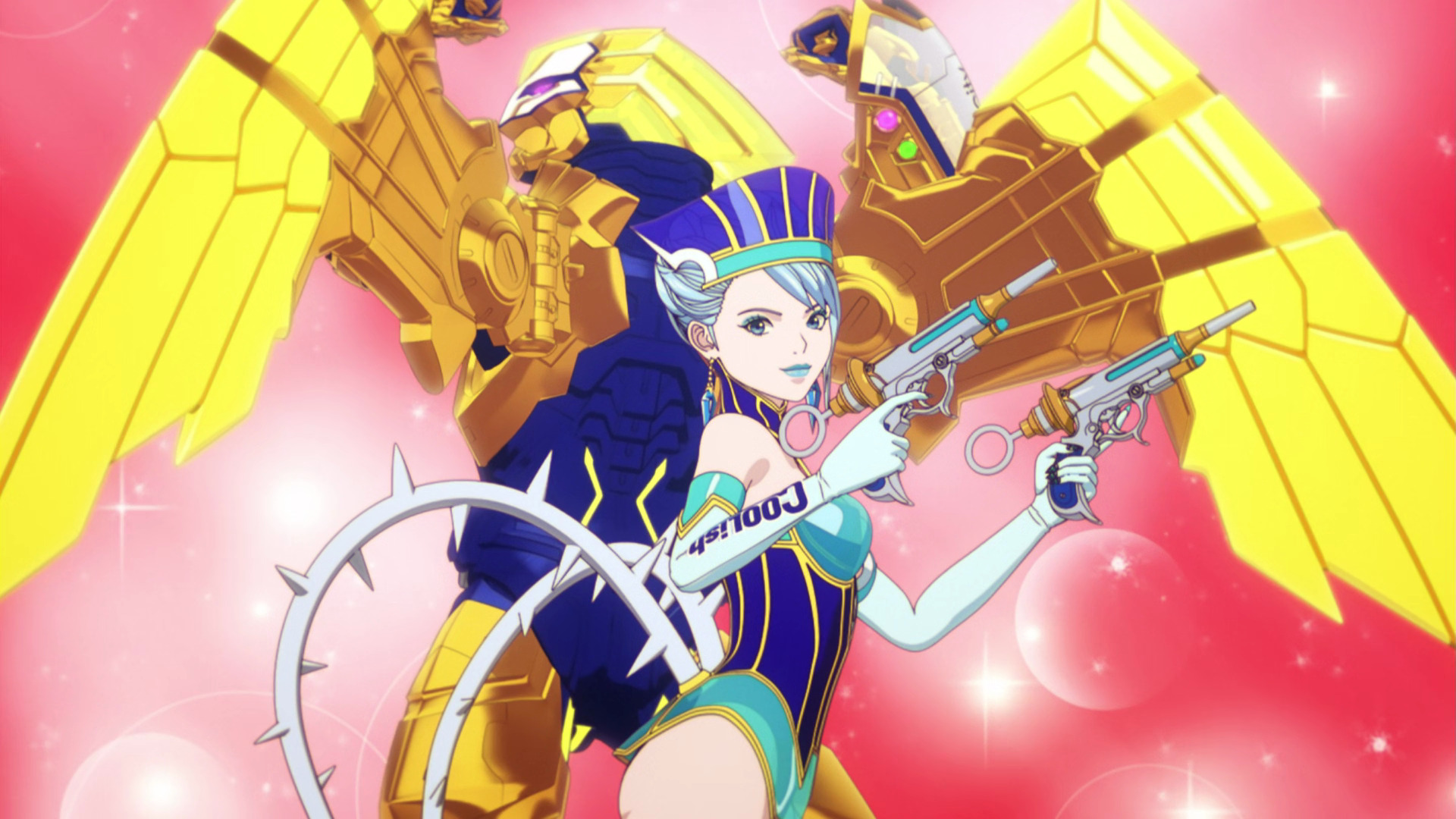 This friction eventually culminates in the season’s tenth episode, Pride comes before a fall, after a number of superheroes’ secret identities – including Golden Ryan’s – are acquired by the enemy through a computer hack.

Fearing for his partner’s safety, Golden Ryan attempts to combat the enemy on his own, arguing to Blue Rose, “I show my face without wearing a helmet, they might attack me any minute now. You haven’t revealed your real name or your face. They won’t go after you. So if you stay with me, you’ll be in danger.” 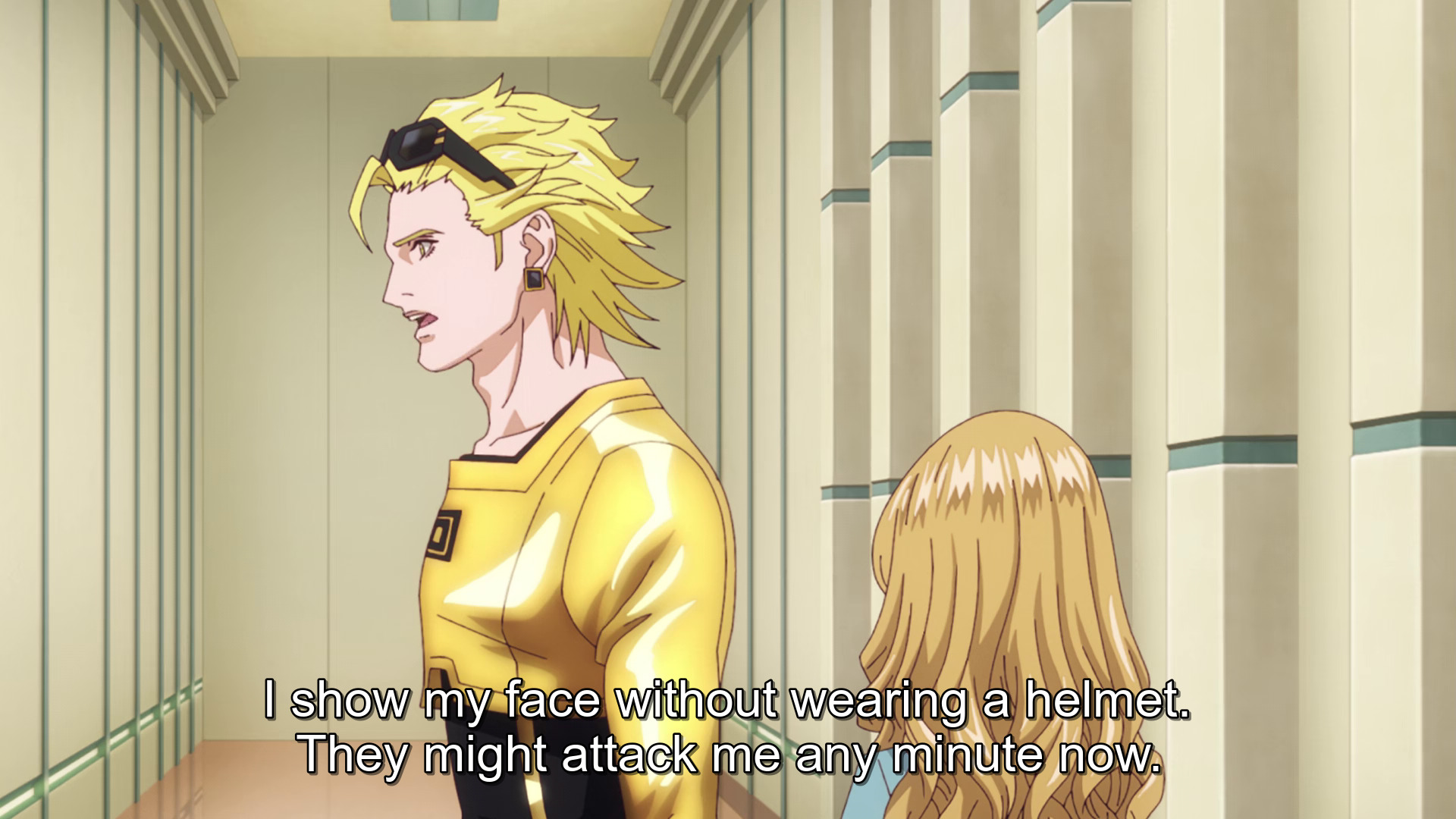 “Don’t treat me like an idiot!” Blue Rose fires back. “Why are you worrying about me? You’re the one who’s in trouble! Do you think I’m so scared of them that I’d abandon you?”

Following this argument, Golden Ryan and Blue Rose are seen together in the next episode, Every cloud has a silver lining, where in an effort to lift his partner’s spirits in light of the data breach forcing her family to move to a safehouse, the former takes the heroine to a musical performance being put on by her childhood friends in a local park. 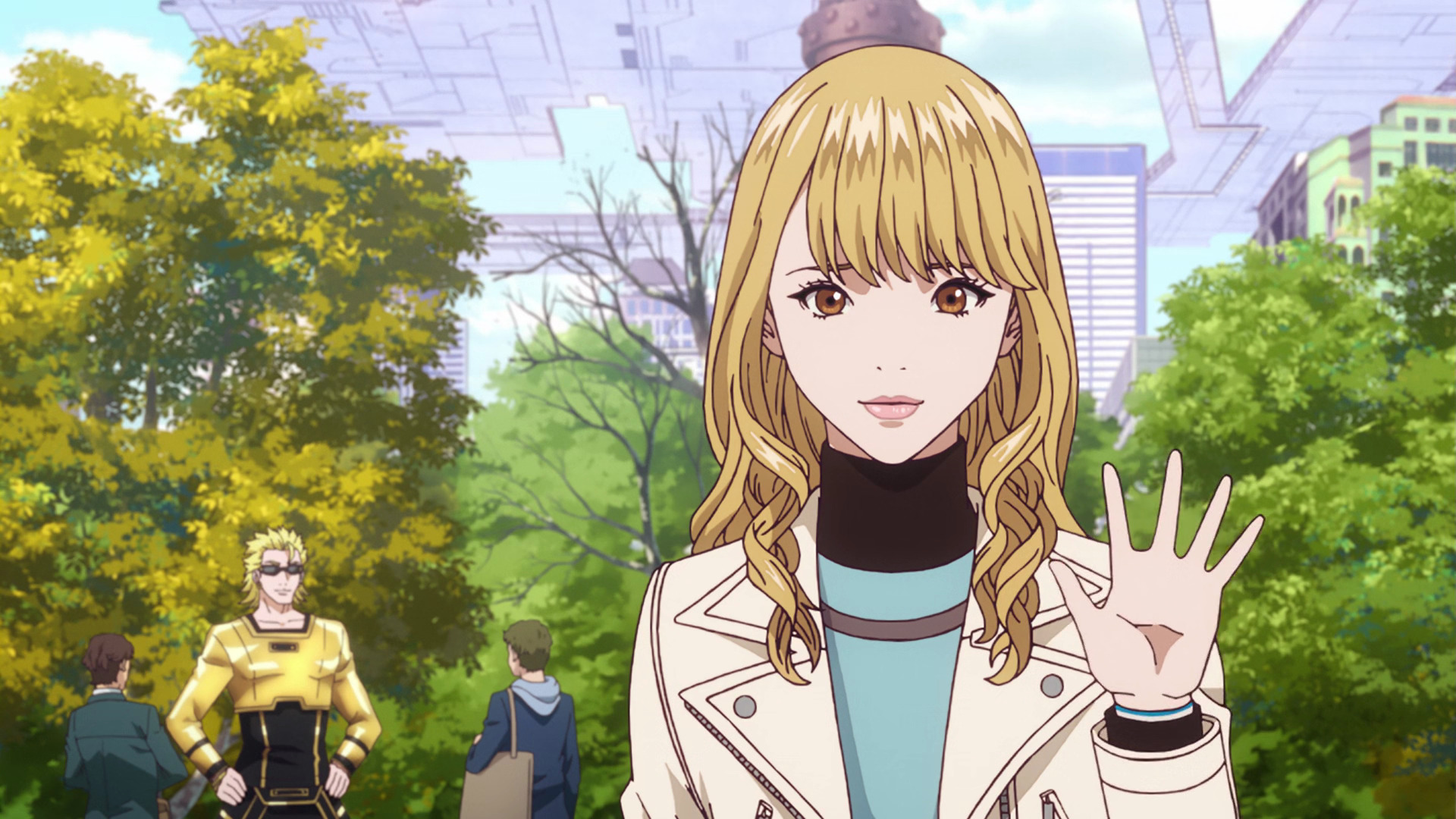 Afterwards, the two return to the car and begin driving back to base, at which point Blue Rose opens up, “We’ve been friends since high school. I had to cancel on them many times because of my job [as a superhero], but they still remain my friends. I used to hate not being able to do what I wanted with my own time, but I’m the one who chose this life.”

“Whether it’s my superhero job, my friends, school, my singing, I’ve got to live my life with no regrets,” she asserts, which in turn prompts an apology for their argument from Golden Ryan. 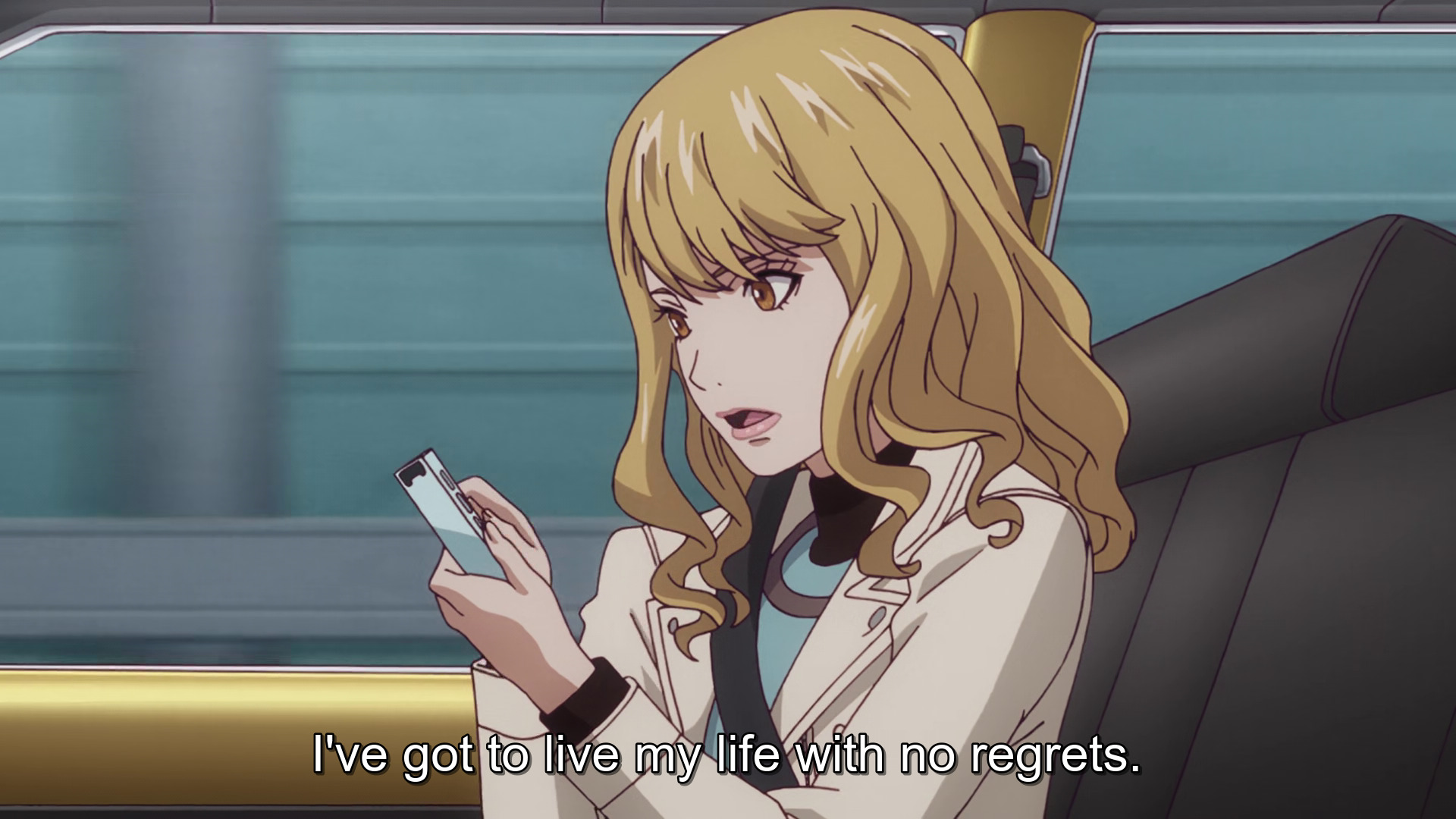 It is here that Netflix’s English dub changes rear their heads, as brought to widespread attention by /u/TokenSockPuppet on the /r/KotakuInAction subreddit. 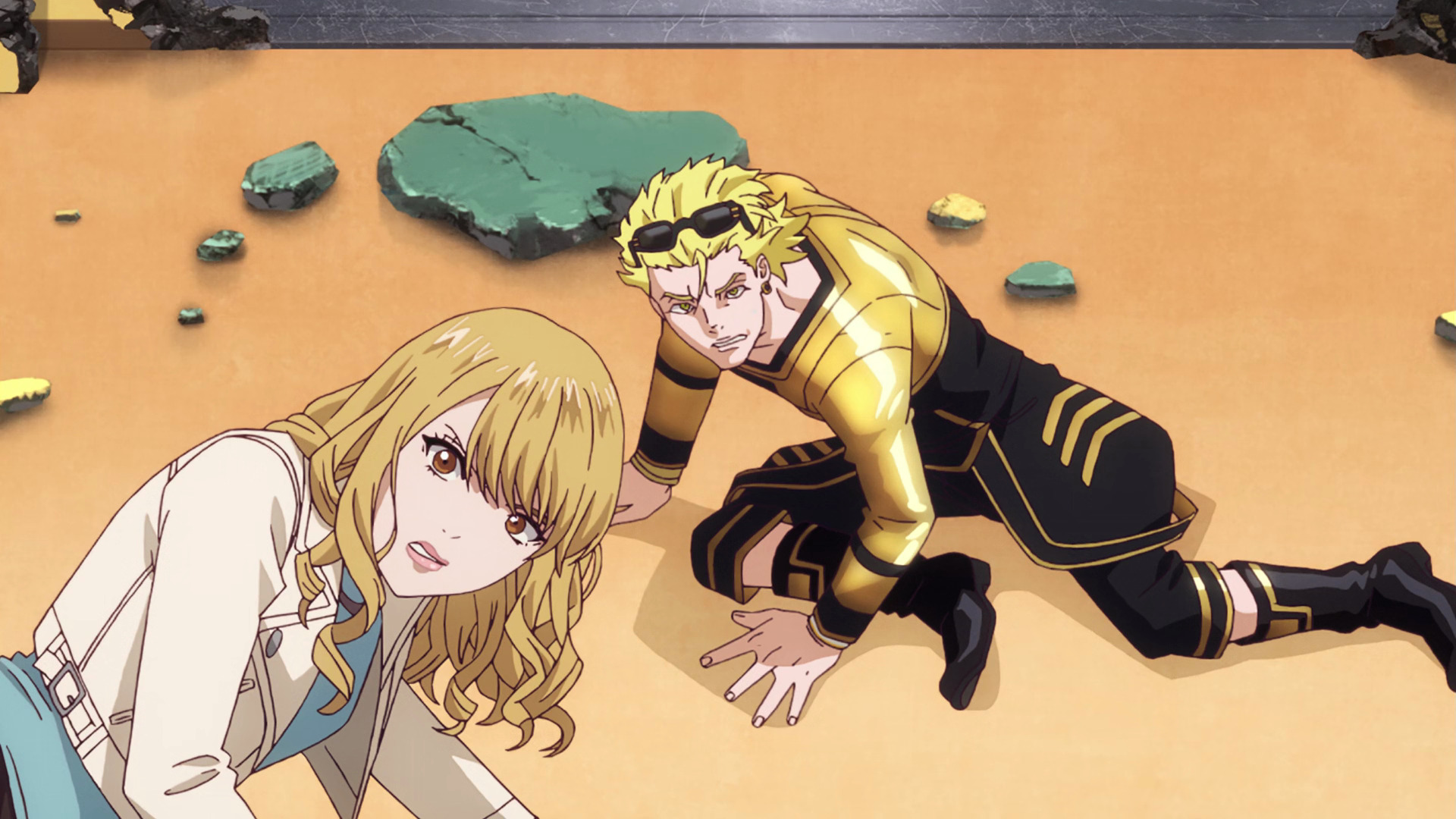 In the original Japanese, Golden Ryan goes on to admit, “Sorry about yesterday. You know, when I said everyone already knows my face, so you can’t protect me.”

“Oh, that?” responds Blue Rose. “I was pissed off. But it doesn’t matter anymore.” 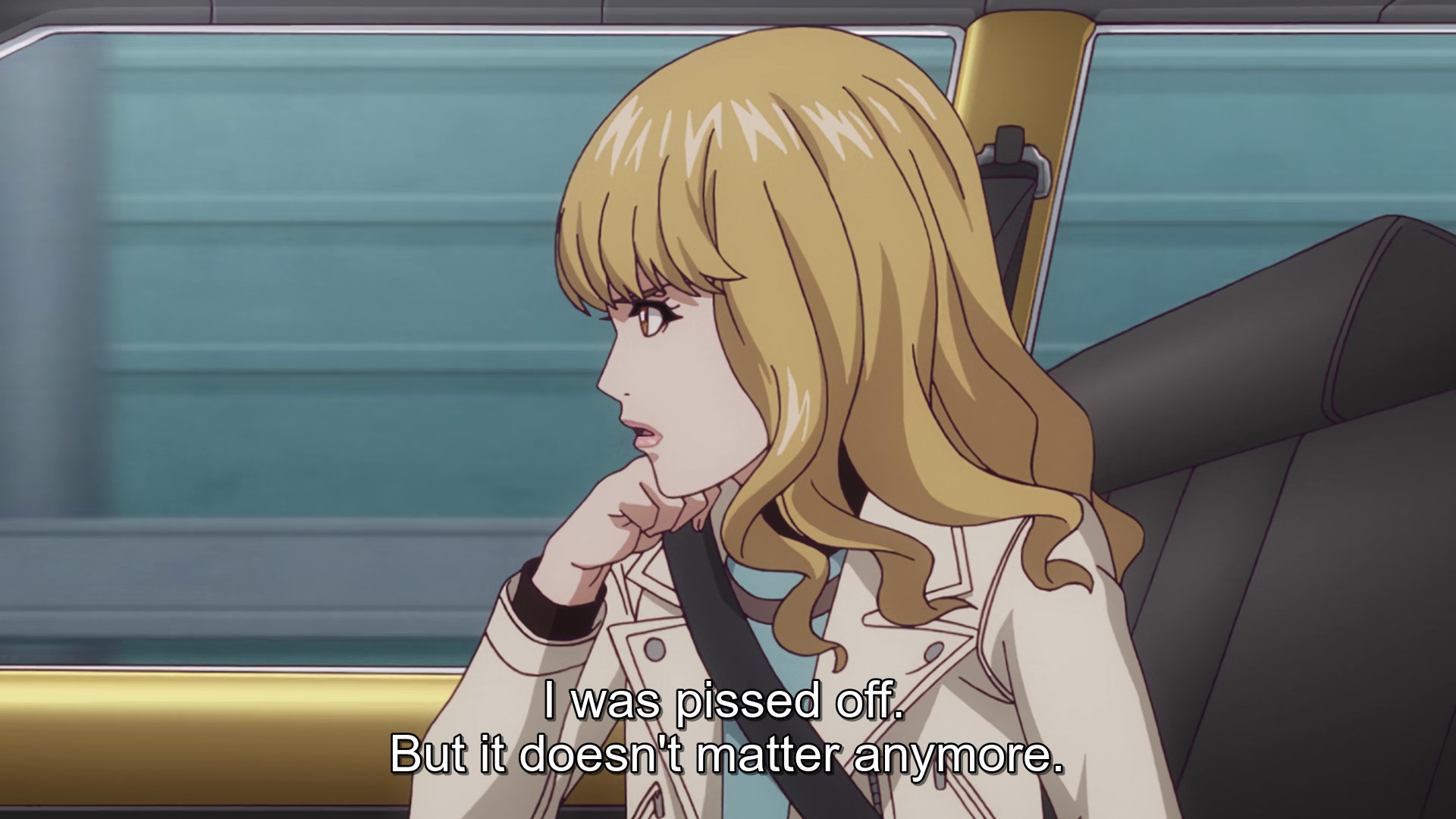 “No, that’s not good enough!” exclaims Golden Ryan in return. “I always felt like I’ve got to be the one who protects you because my partner is a girl. But a partner is a partner. It doesn’t matter if it’s a guy or a girl.”

He further explains, “For some reason, I thought I was the one protecting you. But as your partner, I should have know that you’re stronger and more dedicated than anyone else. You’re the best superhero out there.” 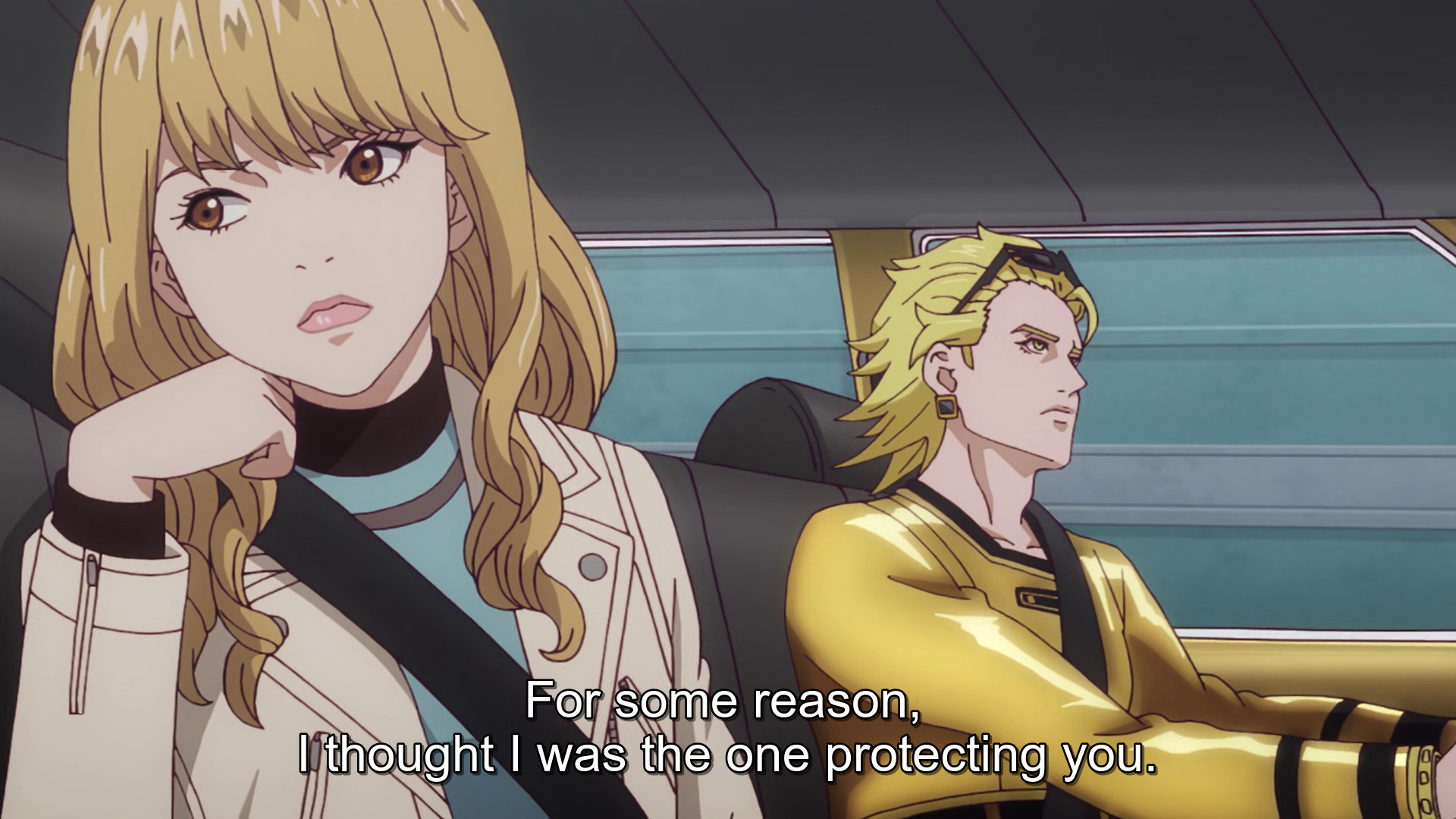 “Instead of protecting, let’s help each other,” Golden Ryan continues. “Doesn’t matter if you’re a guy or girl, or older or younger. Does that sound better, Princess?” [Author’s note: Princess is being used in this instance as a sincere and affectionate nickname, rather than a sarcastic pejorative]

“I guess I should stop calling you that,” he ultimately asks, to which his partner replies, “You don’t have to stop. I don’t hate it when you call me that.” 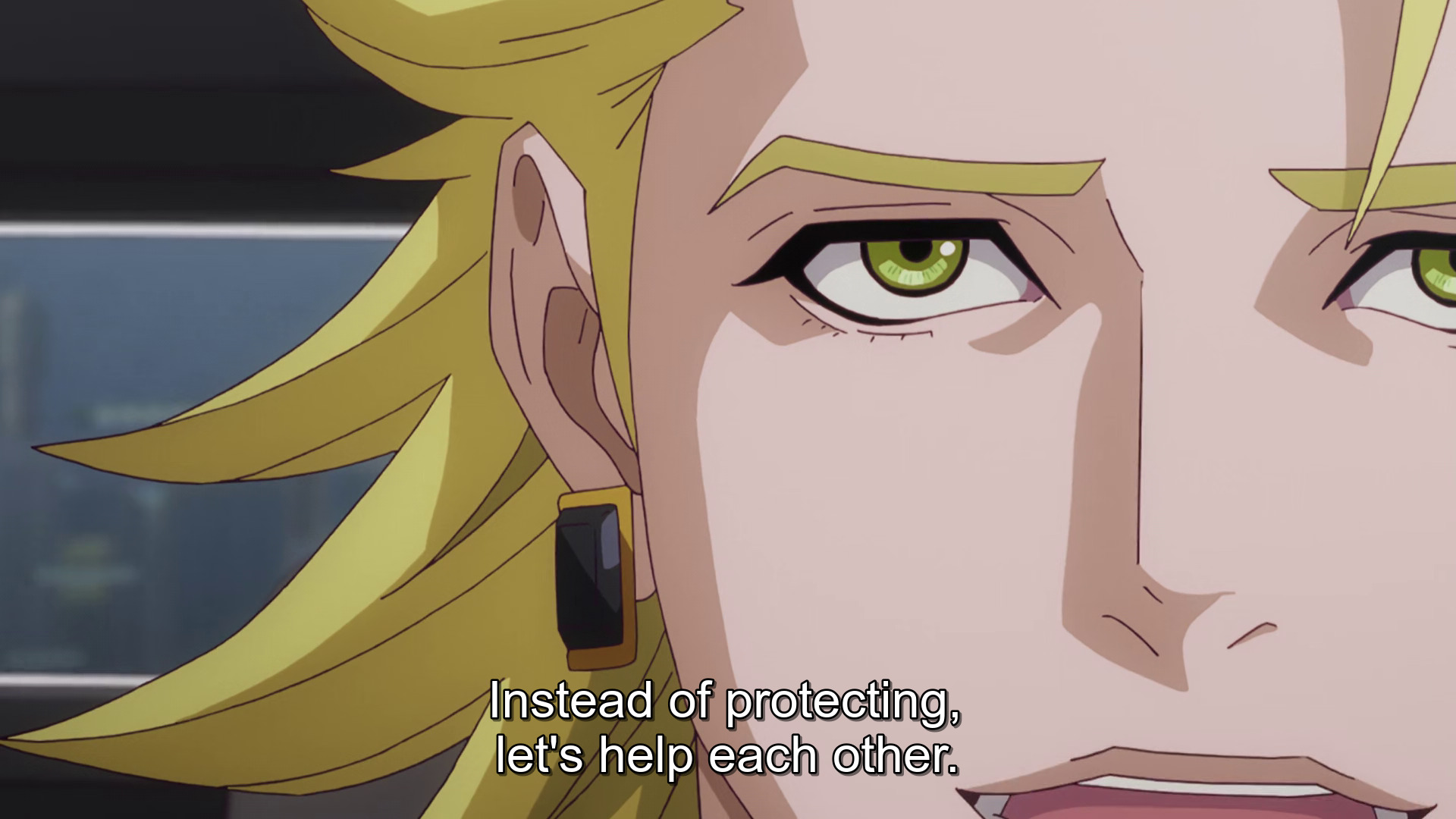 RELATED: Funimation Dub of ‘YU-NO: A Girl Who Chants Love at the Bound of This World’ Changes Dialogue To Reference Misogyny

While Golden Ryan’s original dialogue depicts an acknowledgement that Blue Rose’s gender led him to be overprotective, in English, this sentiment is taken to a self-flagellating extreme.

“Hey,” begins the hero. “I was wrong. I’m sorry. Back at the training facility, saying that you wouldn’t be able to protect me…” 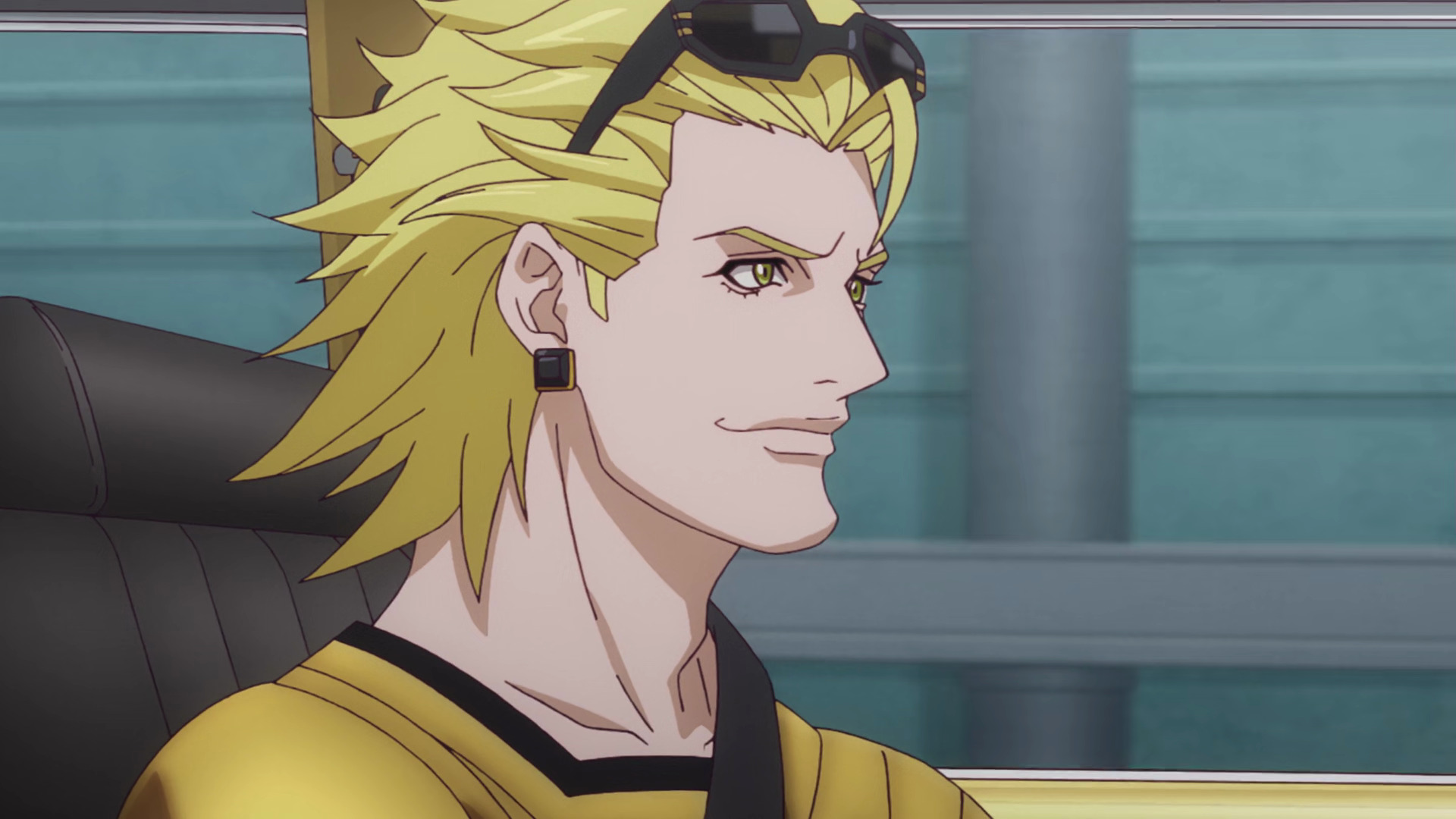 “It was nothing,” Blue Rose tells him in return. “I was pissed off, I hadn’t thought about it since.”

“It wasn’t nothing!” Golden Ryan then exclaims. “It’s an outdated gender norm. I still feel like I need to protect you. I was raised better. I think I might be a feminist.” 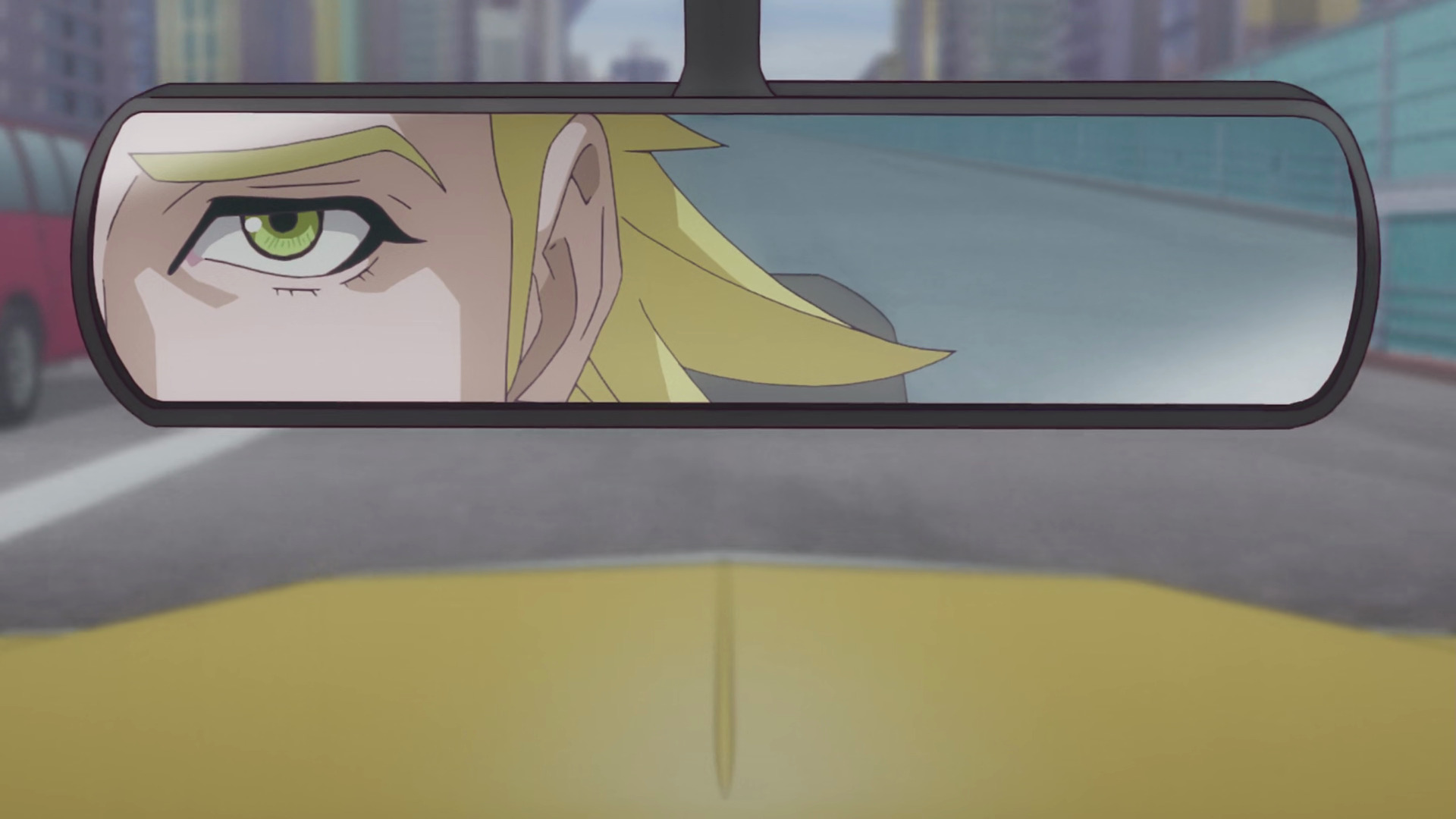 He next tells the veteran hero, “Look, a partner’s a partner – guy or girl it doesn’t matter. And I really am disappointed in myself. I should know my partner better than that. You’re stronger and more dedicated than anyone out there. God knows you’d kick my ass! You’re the best superhero I know.”

“I won’t try to protect you anymore,” he declares. “Unless maybe someone has a gun or something? That’s feminist, right Princess?”

Stopping himself, Golden Ryan ultimately observes, “Whoops. I guess I should probably stop calling you that, huh?” before Blue Rose assures him, “You don’t have to stop if you don’t want to. It doesn’t bother me that much. I kind of like it.” 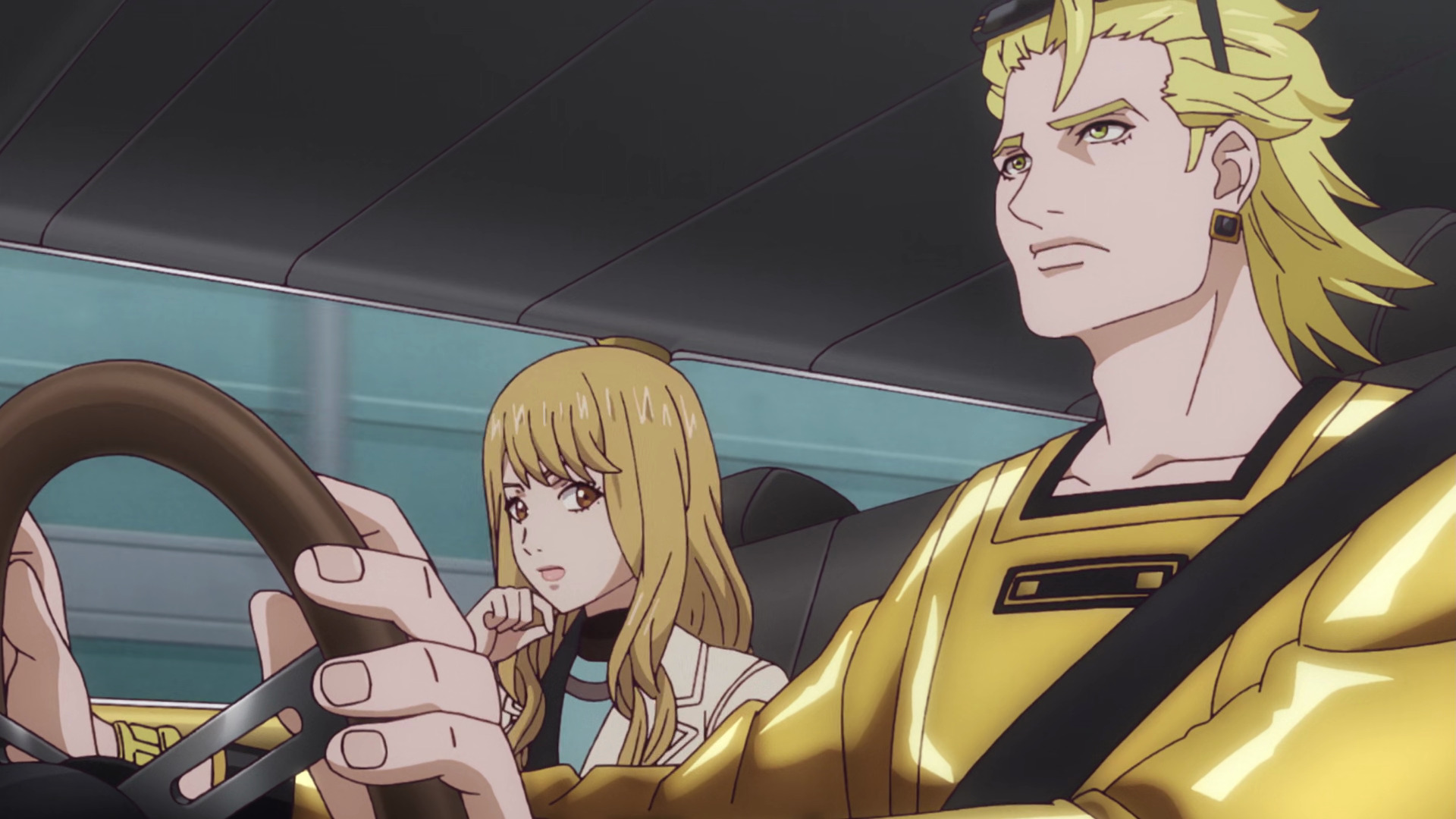 What do you make of these English-language changes to Tiger & Bunny Season 2’s original Japanese script? Let us know your thoughts on social media or in the comments down below!

NEXT: Funimation Script Writer Jamie Marchi Blames Criticism of Edited Dubs on Misogyny: “I Have A Vagina, Deal With It.”