Bungie announced that they believe murdering infants is a human right as they vowed to safeguard and protect their employees in response to the leaked draft decision from the U.S. Supreme Court that plans to overturn Roe v. Wade. 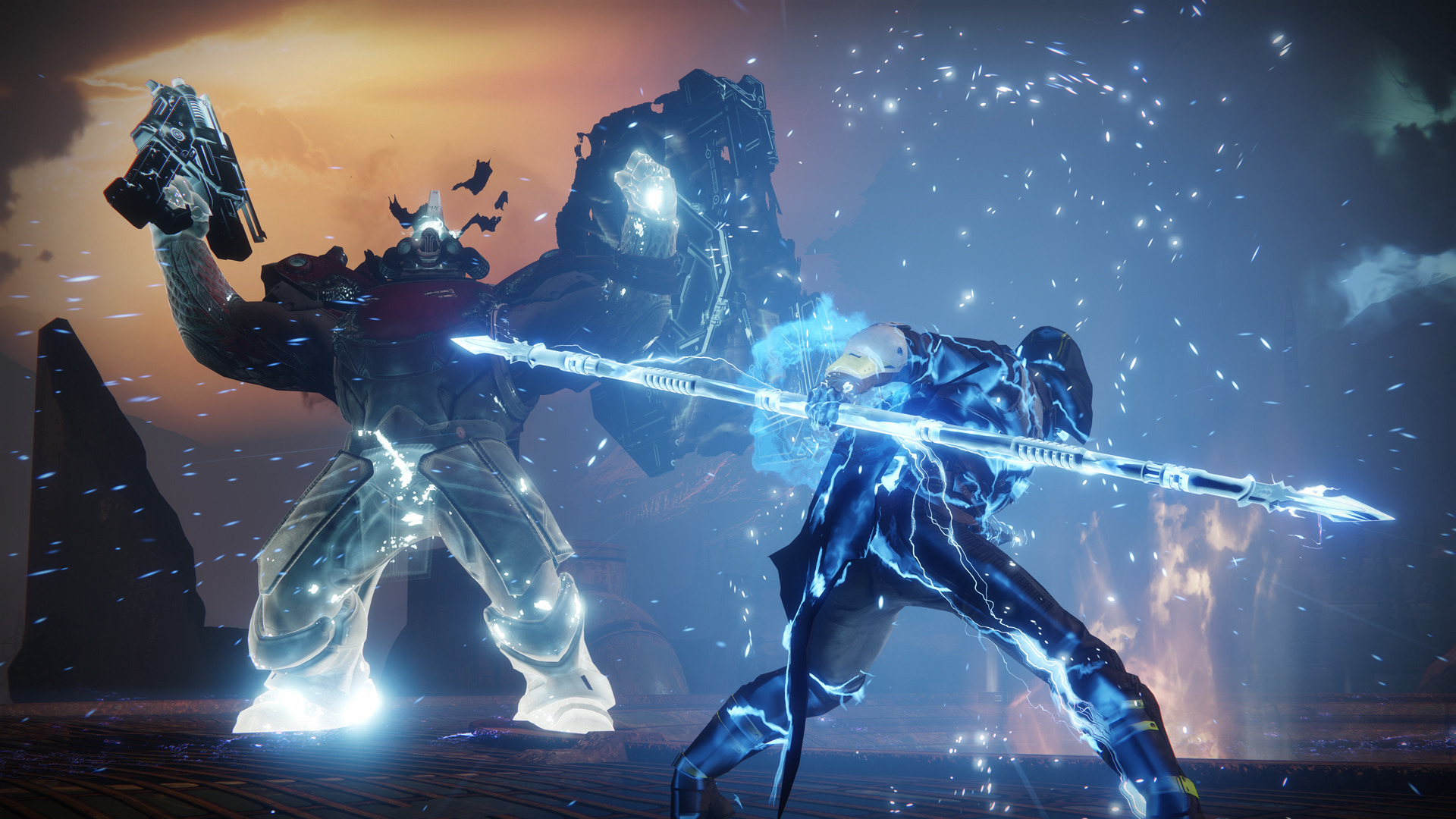 “At Bungie we believe that everyone has a right to choose their own path and that freedom is expressed across all facets of life,” the statement began. “The leaked draft decision by the U.S. Supreme Court to overturn Roe v. Wade represents a blow to freedom in America and is a direct attack on human rights.”

“By creating a divide between those who possess the fundamental right to make healthcare decisions that are right for them, and those who do not possess that same freedom, this decision, should it become final, will have far-reaching consequences that will be felt for generations across socio-economic lines,” Bungie proposed. 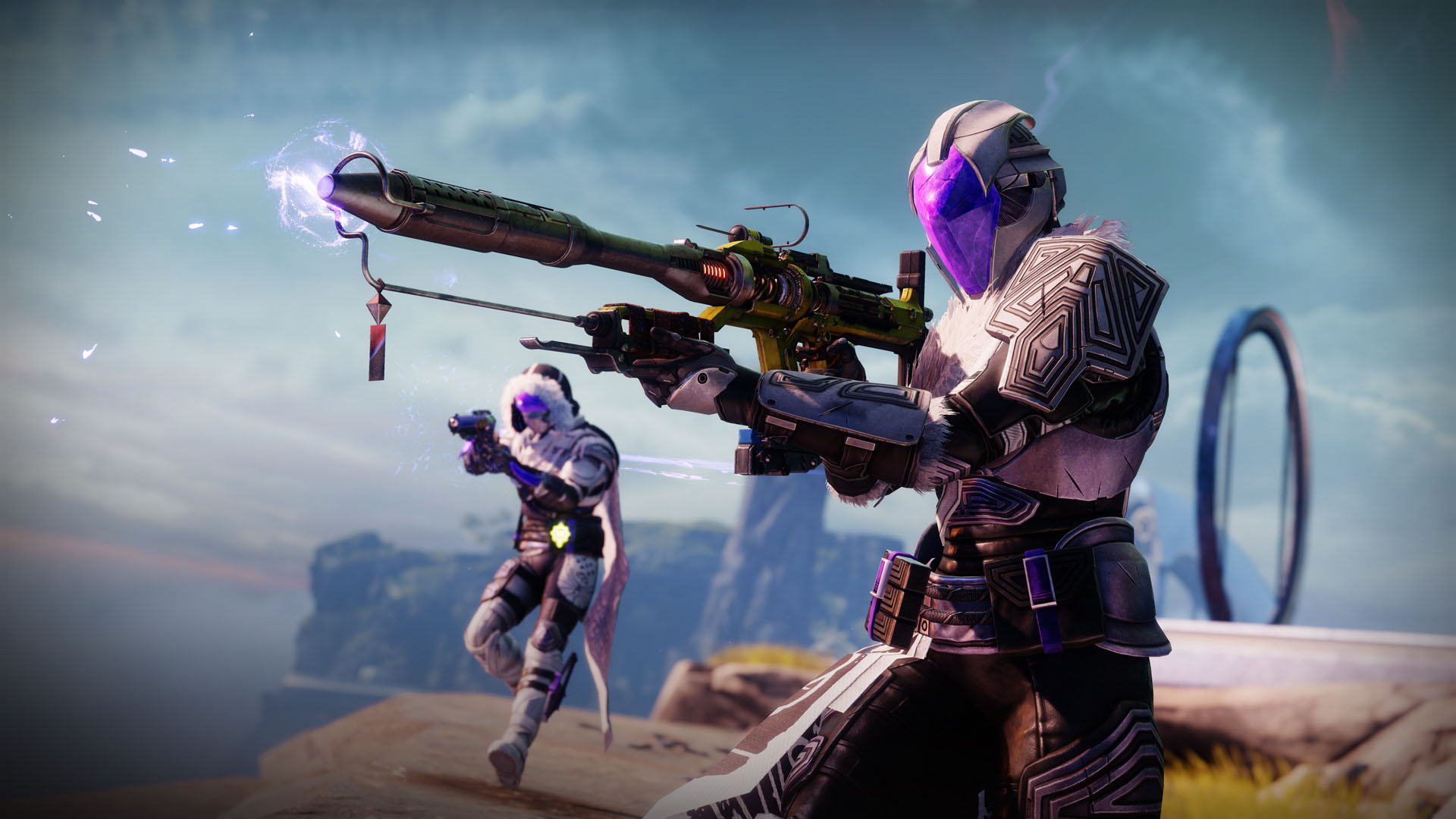 “Bungie is committed to safeguarding the freedom and privacy of its employees and providing support to all employees affected by this decision. Standing up for reproductive choice and liberty is not a difficult decision to make, and Bungie remains dedicated to upholding these values,” the company admitted their bloodthirst.

Bungie then concluded by sharing organizations “that support rights to healthcare” that fans could donate to; including URGE, Religious Coalition for Reproductive Choice, NARAL Pro-Choice America Foundation, and In Our Own Voice. 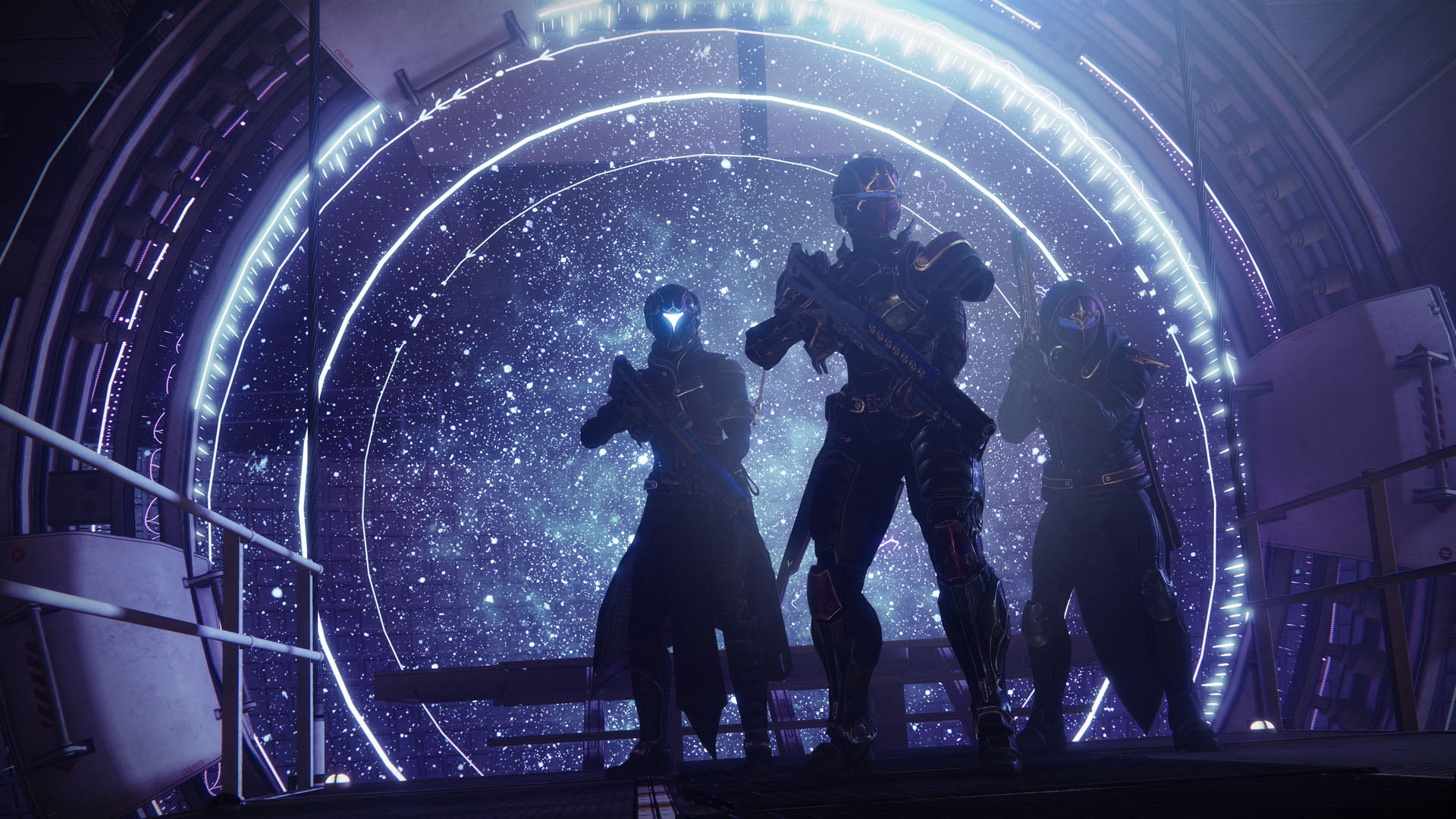 Bungie didn’t clarify at this juncture what their support for their employees would involve. On the surface, this may simply mean emotional support for those distressed by the news, rather than financial support for abortion.

For those unfamiliar, a draft U.S. Supreme Court ruling was leaked recently, proposing the Roe v. Wade case will be overturned. In the draft leak written by Supreme Court Justice Samuel Alito it states, “We do not pretend to know how our political system or society will respond to today’s decision overruling Roe and Casey. And even if we could foresee what will happen, we would have no authority to let that knowledge influence our decision. We can only do our job, which is to interpret the law, apply longstanding principles of stare decisis, and decide this case accordingly.”

“We therefore hold that the Constitution does not confer a right to abortion. Roe and Casey must be overruled, and the authority to regulate abortion must be returned to the people and their elected representatives,” Alito asserted. 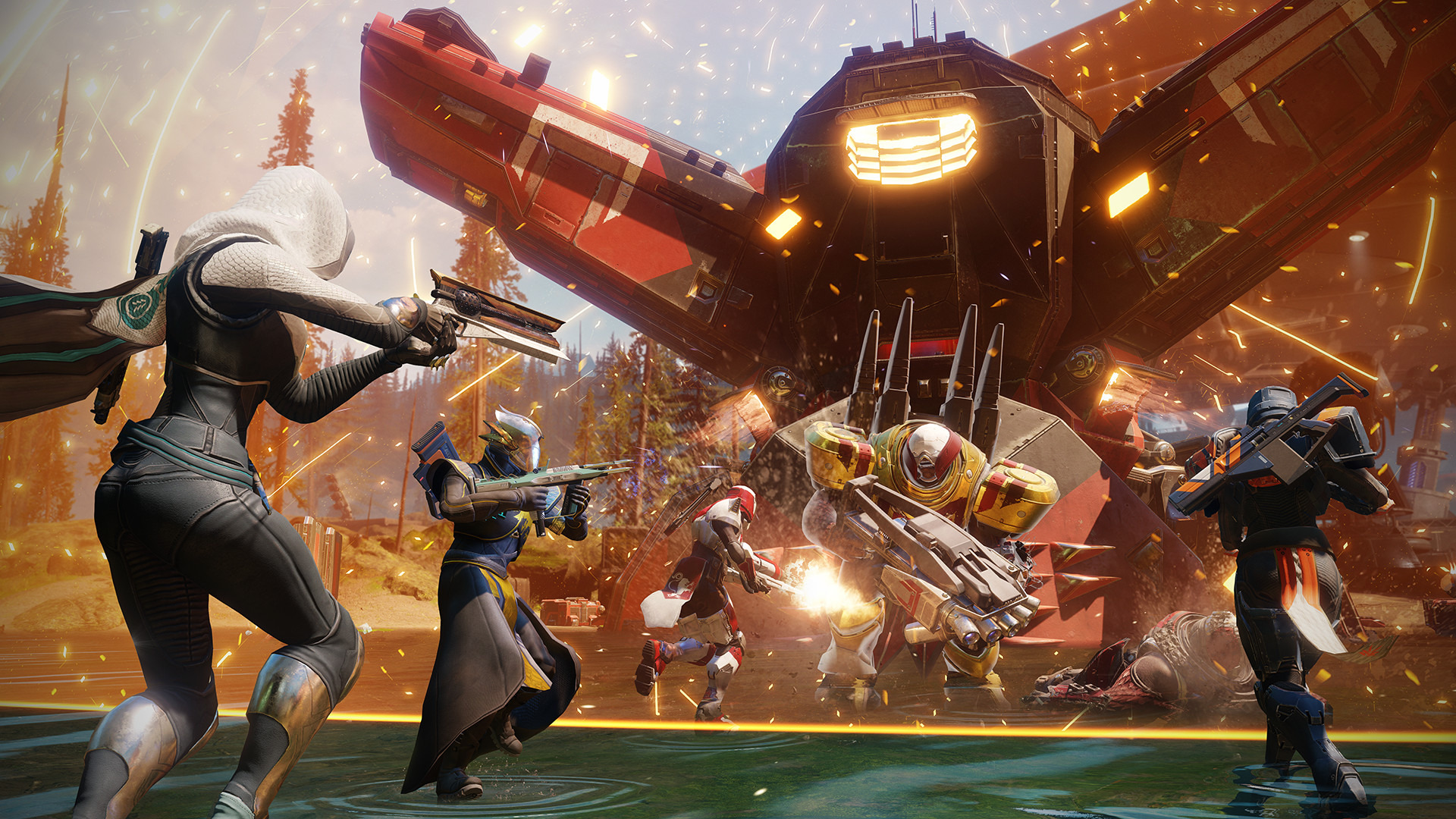 The original Roe v. Wade case stretched across the early 1970s, as “Jane Roe” and her lawyers initially argued she should be allowed to have an abortion despite living in a state where it was illegal (Texas).

In January 1973, the Supreme Court ruled that under the 14th Amendment’s Due Process Clause, the Constitution’s right to privacy also protected a woman’s right to choose to have an abortion across all states.

The Court ruled, “A state criminal abortion statue oft he current Texas type, that excepts from criminality only a life-saving procedure on behalf of the mother, without regard to pregnancy stage and without recognition of the other interests involved, is violative of the Due Process Clause of the Fourteenth Amendment.” 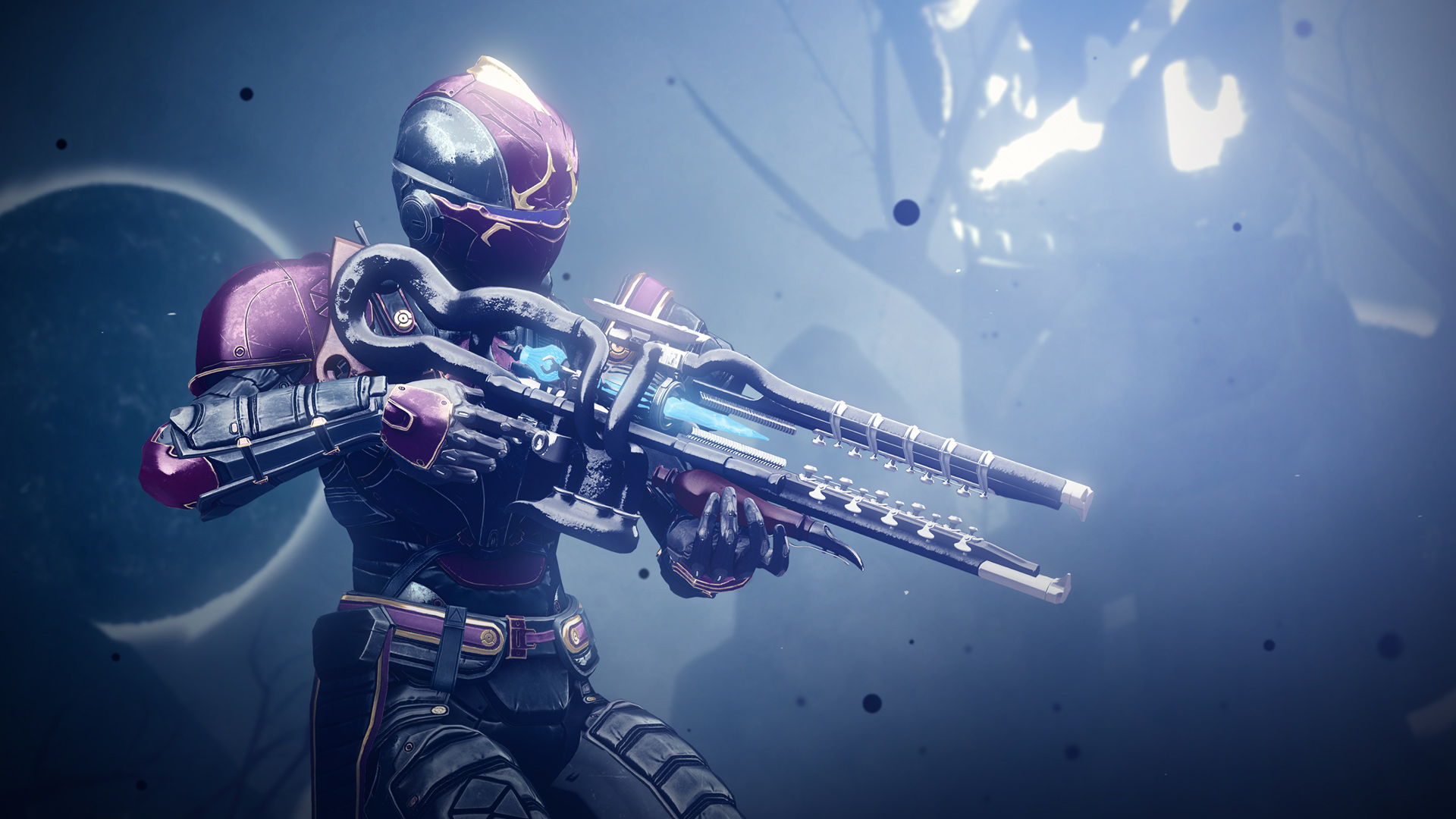 Justice Rehnquist would write the dissenting opinion where he stated, “I have difficulty in concluding, as the Court does, that the right of ‘privacy’ is involved in this case. Texas, by the statute here challenged, bars the performance of a medical abortion by a licensed physician on a plaintiff such as Roe.”

He added, “A transaction resulting in an operation such as this is not ‘private’ in the ordinary usage of that word. Nor is the ‘privacy’ that the Court finds here even a distant relative of the freedom from searches and seizures protected by the Fourth Amendment to the Constitution, which the COurt has referred to as embodying a right to privacy.” 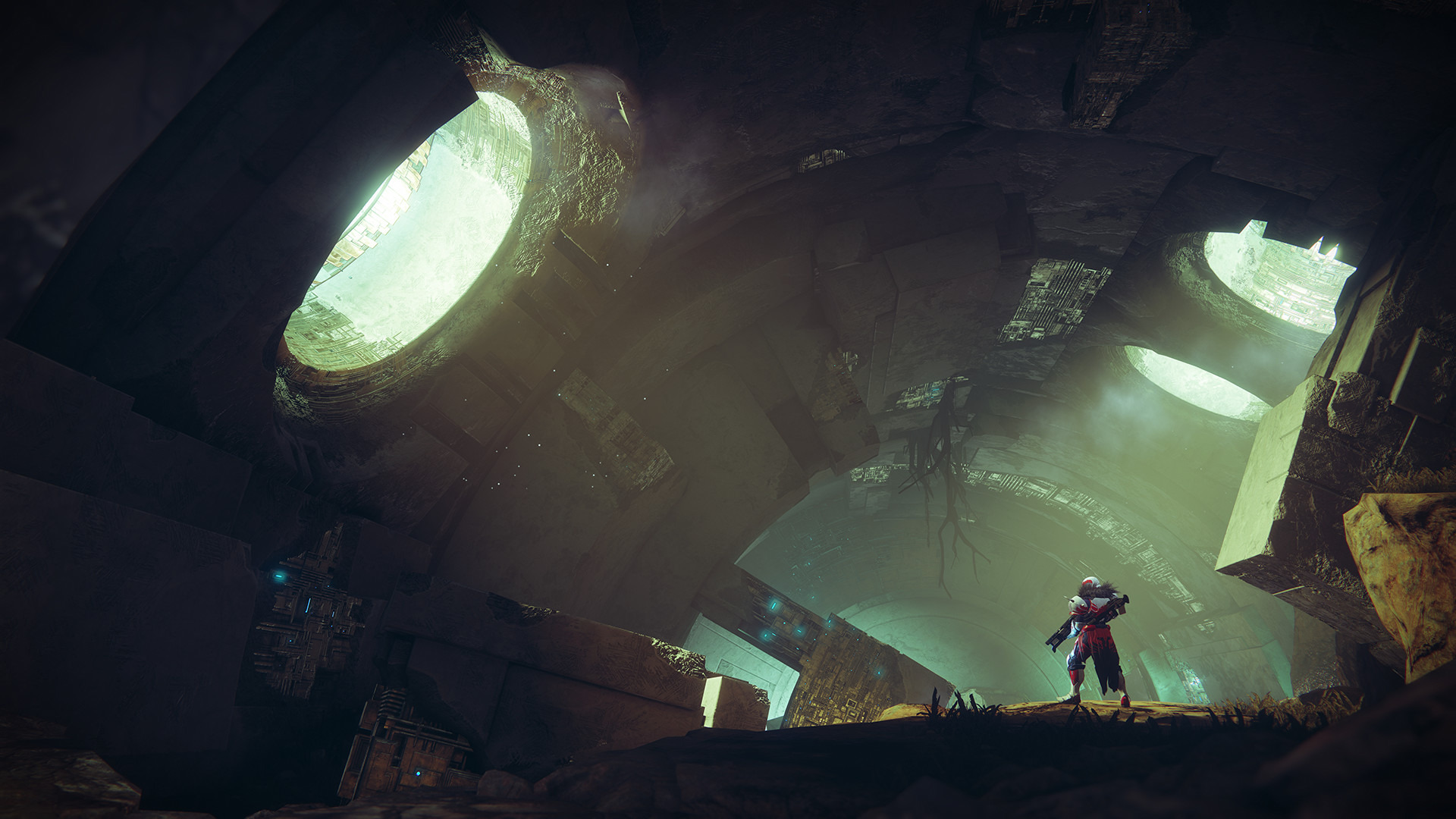 Rehnquist also noted that the Texas law was actually passed before the enactment of the 14th Amendment. 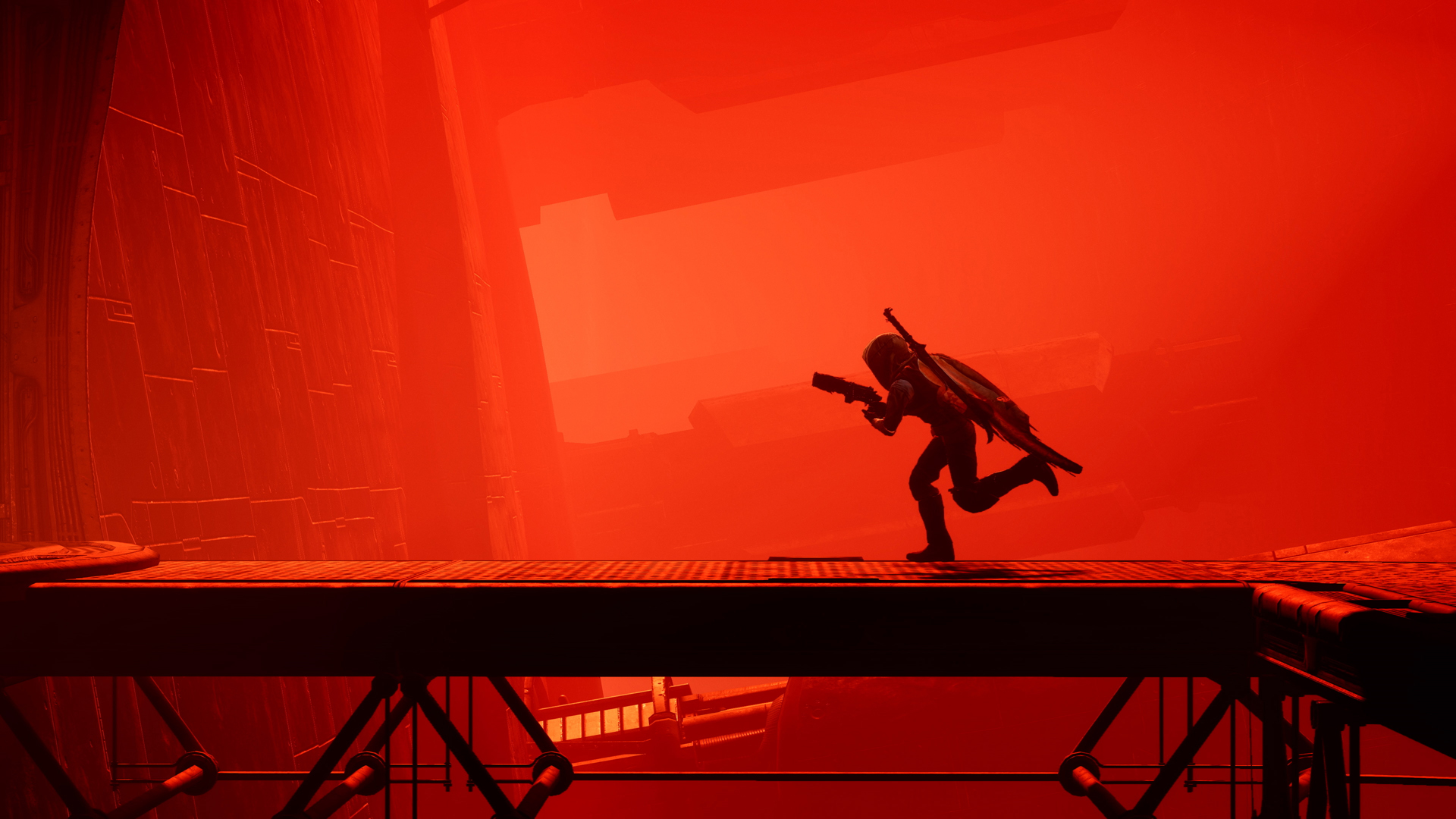 Some believe overturning this decision now would result in several states banning abortion. The so-called “trigger law states” range from 13 to 26 depending on the source, but usually include Arkansas, Kentucky, Mississippi, Missouri, North Dakota, Oklahoma, South Dakota, Texas, and Wyoming.

Bungie’s headquarters reside in Bellevue, Washington, which permits abortion prior to 24 to 25 weeks of pregnancy (thereafter the child could hypothetically survive even after being aborted). Abortion was legal in Washington prior to Roe V. Wade, and has no trigger laws should the decision be overturned. 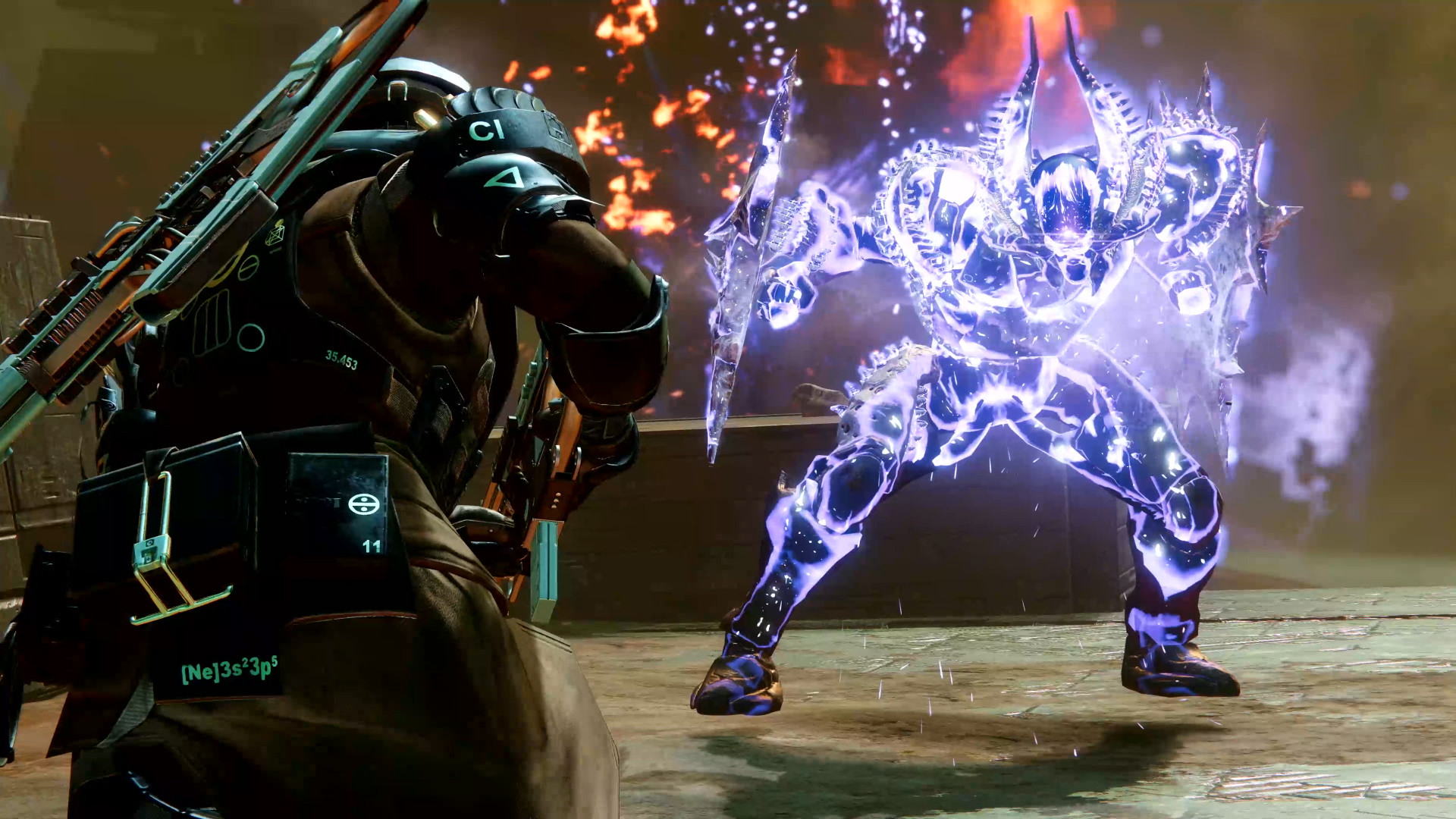 As highlighted by political commentator and YouTuber Razorfist in his video “Constitution v Wade: The End of an Error? – A Rant-” citing comments by former Chief Justice William Rehnquist- the 14th Amendment’s creation didn’t create a nation-wide permission of abortion.

“In short,” Razorfist summarized, “if the 14th Amendment intended to strip states of the right to determine whether abortion was legally permissible in their own jurisdictions, why the Mary-f–ck didn’t it’s passage in 1868 immediately nullify the thirty-odd anti-abortion laws that prevailed during the year of it’s inception?!”

Razorfist proposes that Roe V. Wade politicized abortion, turning it from something decided on a state-level, to hysteria. Said hysteria that Razorfist proposed obscured the fact that the abortion law would return to being decided by individual states.

“And for the 15th-f—–g septillionth time- repealing an illegally enacted law is not ‘creating an abortion ban.’ No one is trying to take your abortion’s away in a federal level,” Razorfist bemoaned.

“YOU allowed an illegal decision to pass for law, at the federal f—–g level. Don’t b—h now that someone may actually correct the f—–g mistake. All this does is send the issue back to the states, where frankly it should have been rightfully to begin with.” 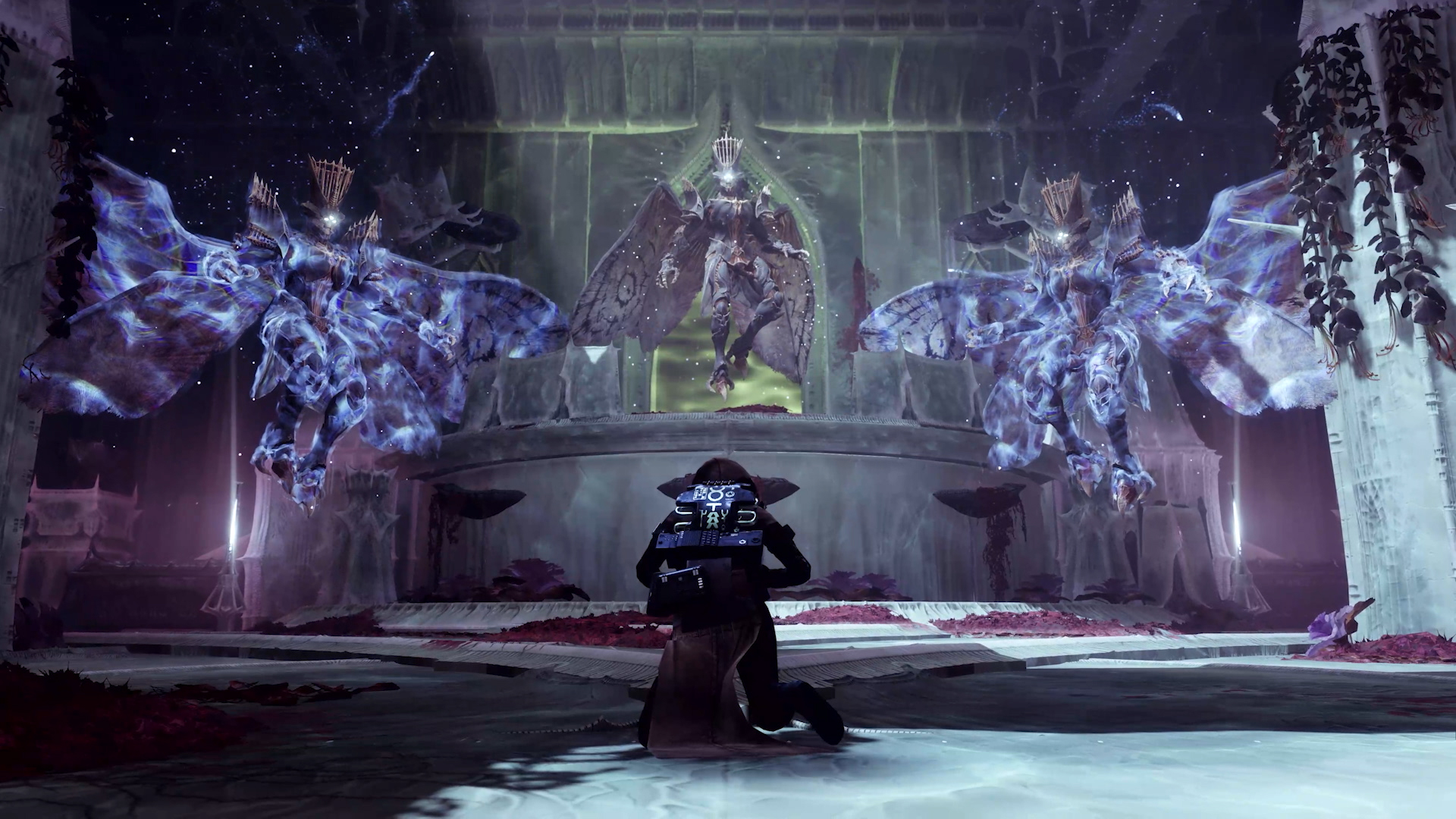 Nonetheless, there has been plenty of hysteria over the draft decision, no doubt prompting this statement from Bungie.

Bungie weighing into the white-hot abortion discussion adds to the ever-growing list of corporations taking sides on controversial matters. Multiple entertainment companies and more announced they stopped doing business in Russia due to the invasion of Ukraine, including Bungie and other gaming companies.

Disney’s pushing of LGBT and opposition of a law to prevent child grooming resulted in Florida Governor Ron DeSantis and the Florida legislature terminating the company’s special tax and governing jurisdiction. Their stance also led to a drastic shift in public opinion as consumers noted they were less likely to do business with them.

Despite, or perhaps because of this, special interest groups and progressives have pushed for US corporations to become “human-rights leaders.” 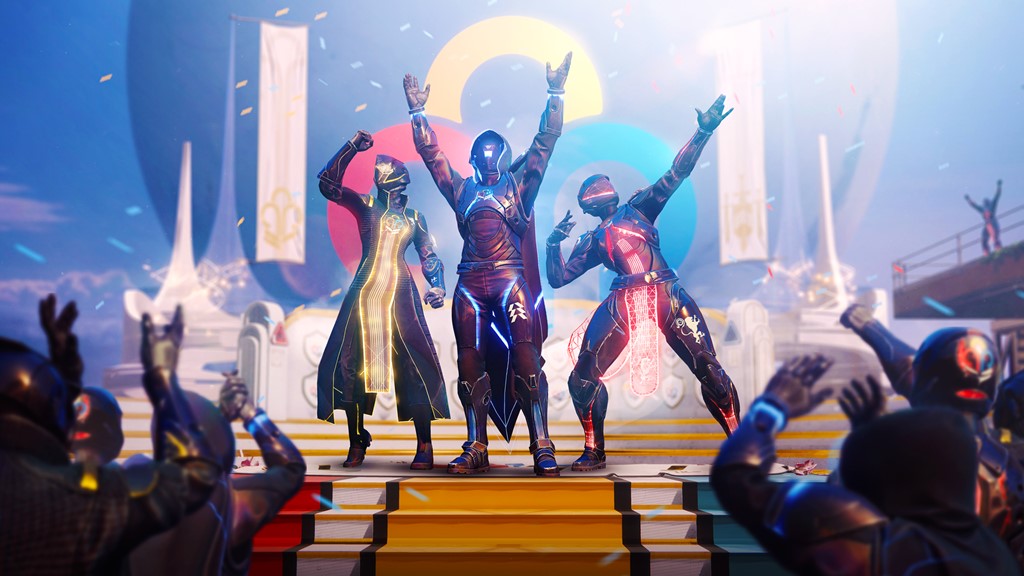 Were Bungie right to speak up in this matter? Let us know what you think on social media and in the comments below.