A new report claims that Ava DuVernay’s Naomi, which stars Kaci Walfall, has been axed by The CW after completing its first season that saw its ratings continuously nosedive. 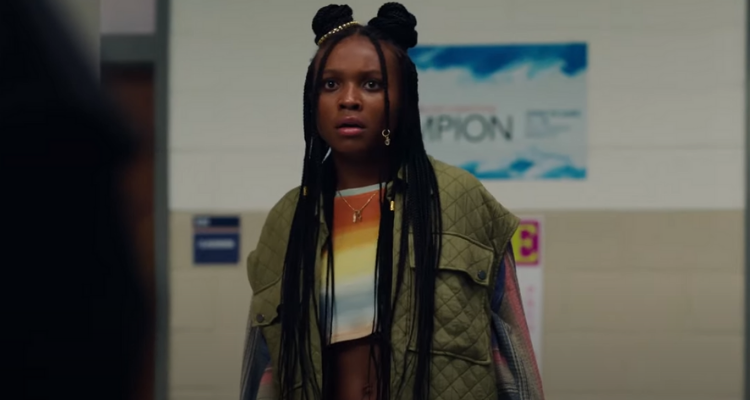 Deadline reports, “Ava DuVernay’s superhero drama Naomi will not be back for a second season on The CW.”

This report comes just two days after the show’s season one finale wrapped up on May 10th. An episode that posted the show’s worst ratings of the entire season.

TV Series Finale reports the final episode saw its ratings in the 18-49 demo clock in at an abysmal .06. Total viewership had plummeted from a season premiere and high of 802,000 viewers to an all-time low of 428,000 views. 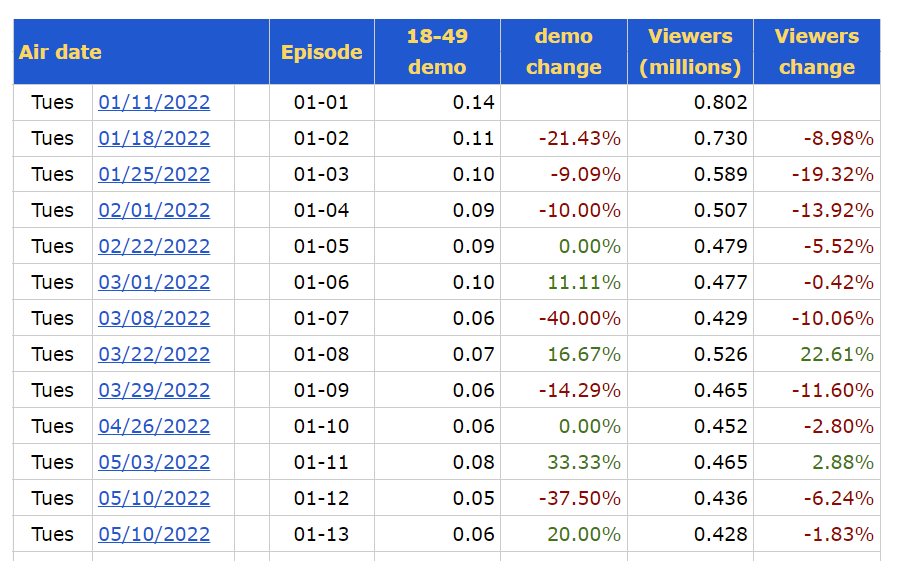 The show had an average rating per episode of 522,000, but as you can see the show was consistently bleeding viewers nearly every week with the only significant increase coming on March 22nd for the show’s eighth episode.

The show lost nearly half of its audience (46.6%) from its premiere to its finale. 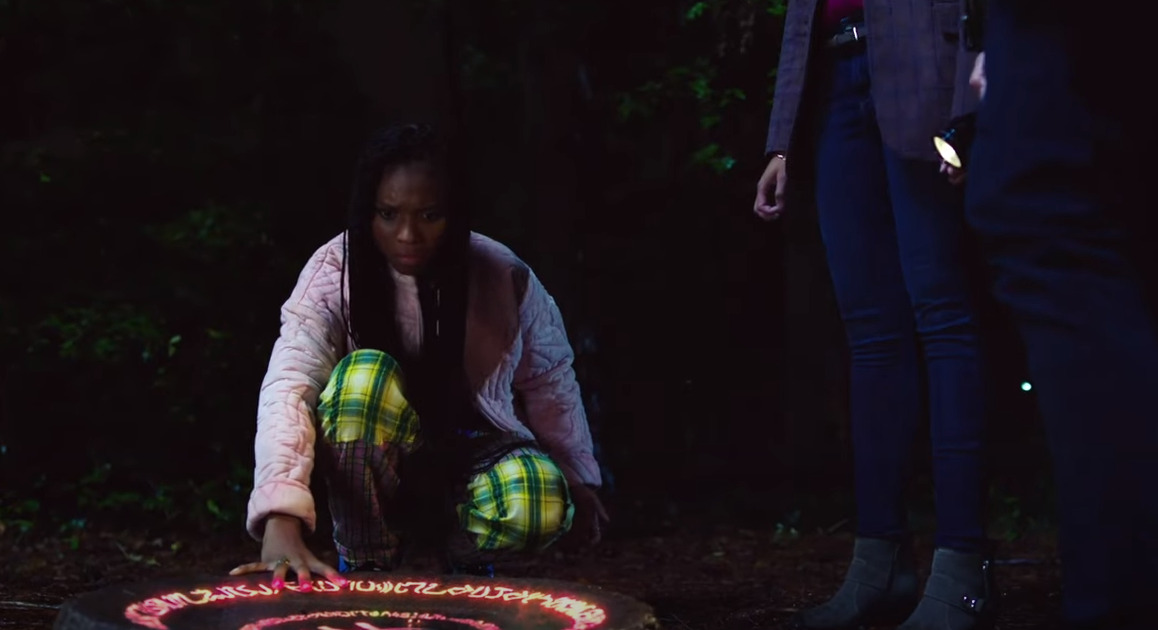 Despite the show being axed by The CW, Deadline does report that DuVernay and her ARRAY Filmworks production team are “talking to other outlets about continuing Naomi’s tale on streaming or higher up the dial.”

The show was marketed by DuVernay less as a superhero show and more of a required college lecture class with DuVernay promising the show would focus on identity politics.

During an appearance at the Television Critics Association back in January, DuVernay said, “It’s not about representation, it’s about normalization.”

She explained, “We’re doing really muscular things that relates to race and gender and class but we’re doing it by playing it normal like it’s just a part of the everyday.” 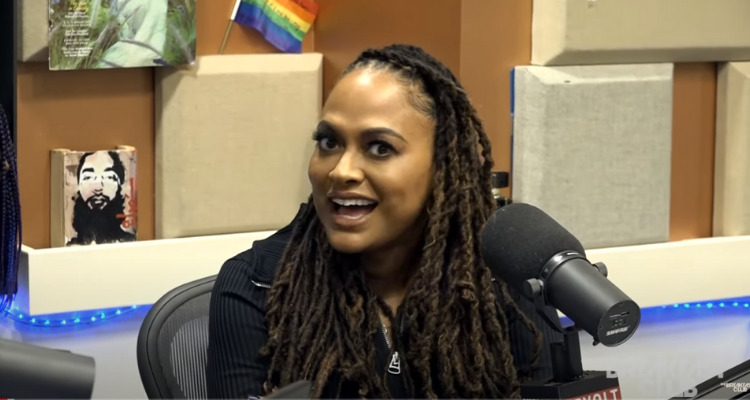 “I say it kiddingly but it’s real. The more you can portray images without underlining or highlighting them and putting a star next to them,” she elaborated.

“By showing a different type of hero that centers a girl, a Black girl, that centers different kinds of folks. We start to make that normal and that’s a radical and revolutionary thing,” she claimed. 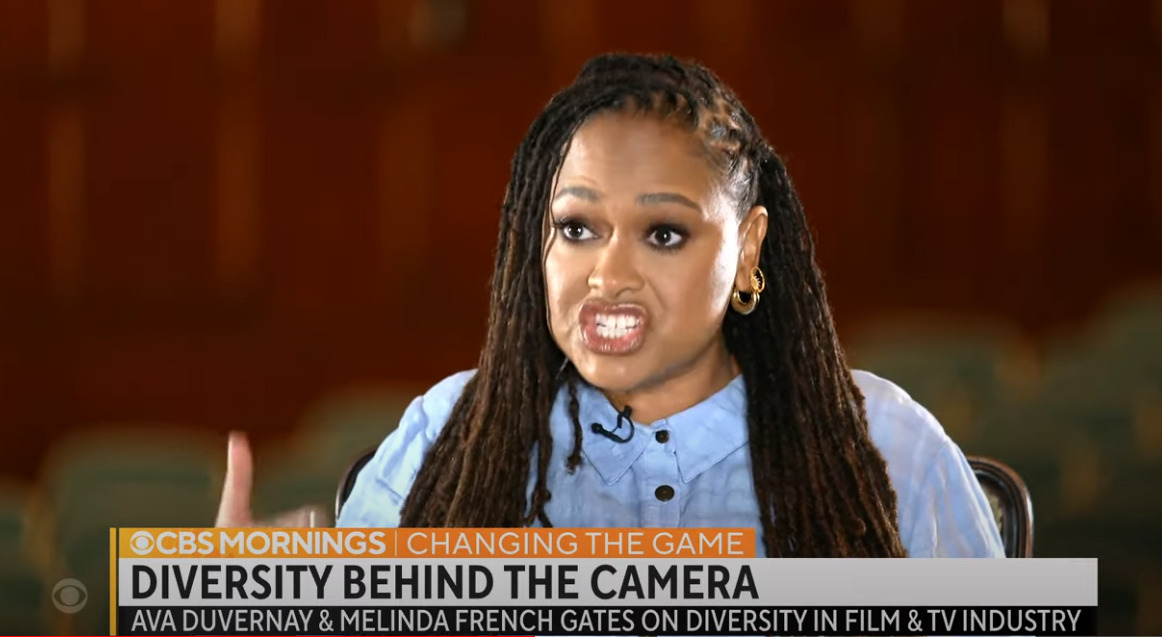 DuVernay would also describe Naomi as a Superman knockoff saying, “The more evolved way to think about representation is that she is treated like any other hero and that her powers are not specific to the way that anyone treats her.”

She added, “And so, one of the reasons why I liked this is she literally has powers that will eventually [be] almost identical to Superman.”

“The fact that DC has this Black, teenage girl superhero who eventually will have powers that are on par with Superman — who is the quintessential cis, white male superhero — is a thrilling proposition. And in order to really do that, you’ve got to throw away any kind of social construct and just dive into the fact that she’s a badass,” she declared. 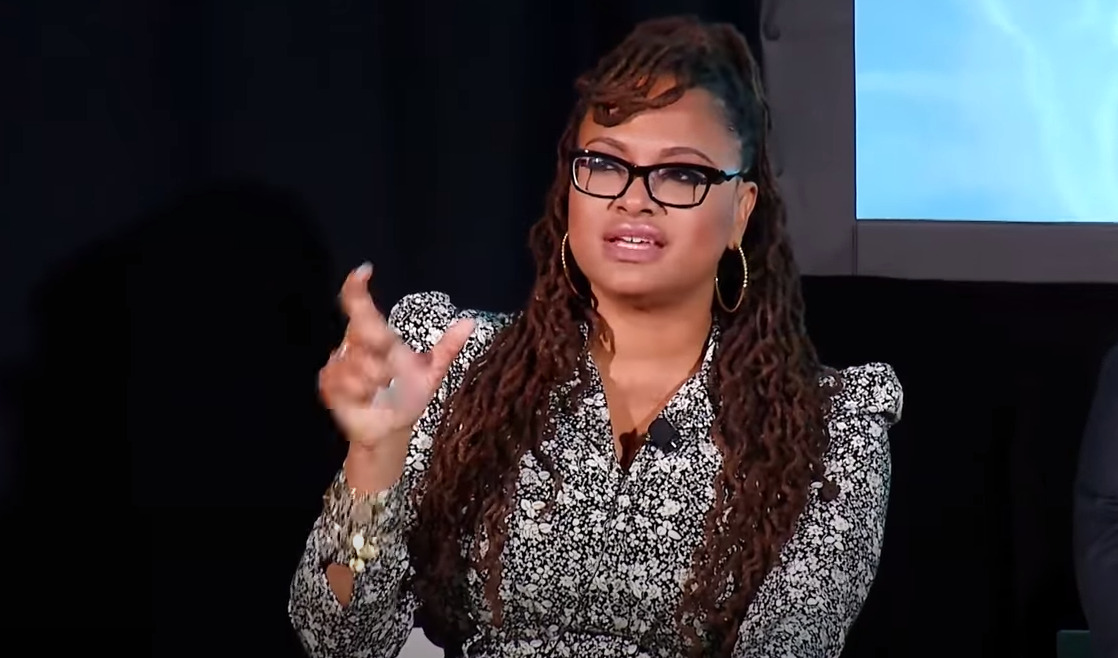 Naomi is not the only show from The CW that has been axed. Batwoman and DC’s Legends of Tomorrow were also cancelled.

Variety is also reporting that Charmed, 4400, Dynasty, Roswell New Mexico, and In The Dark were also cancelled at the network.

All of the shows that have been cancelled saw average viewership below 530,000 viewers per episode with DC’s Legends of Tomorrow posting the highest average per episode. 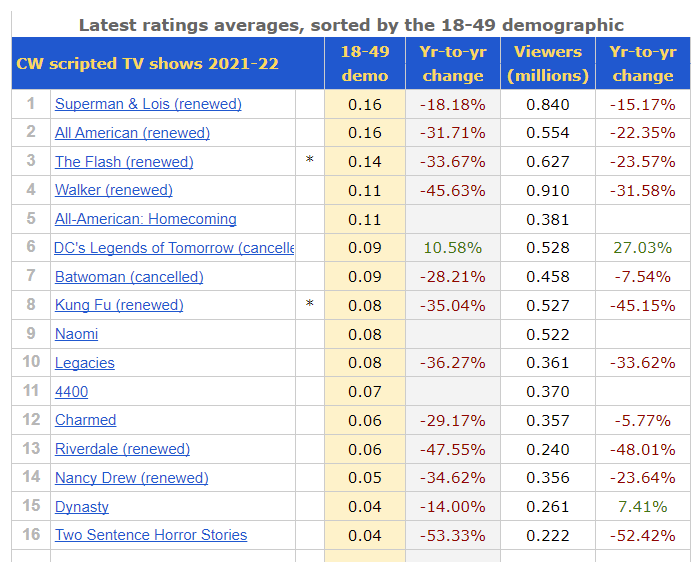 Not listed on the chart above are In The Dark. It’s third season averaged 365,000 viewers per episode. Roswell, New Mexico is also not listed, but its average viewership per episode was 549,000. However, its final episode only brought in 377,000 viewers total. 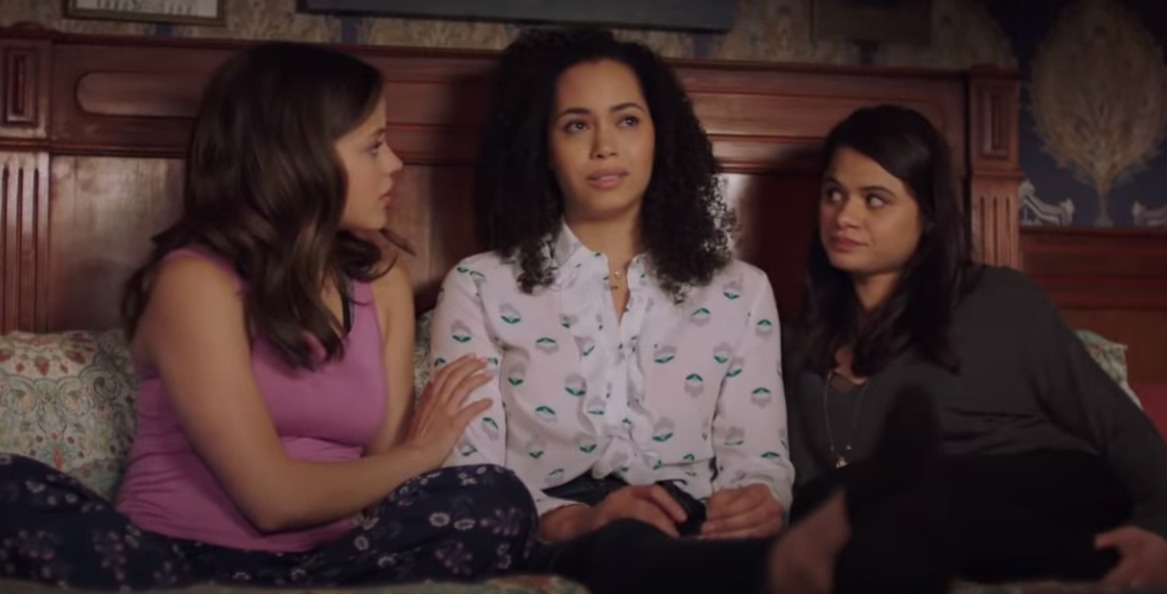 What do you make of Naomi getting cancelled? What about the all of these other cancellations at The CW?

NEXT: The CW’s Arrowverse Shows Like Batwoman Will Reportedly Be Rebooted, Final Crisis Style Event Rumored