The official trailer for the latest Disney+ Series “She-Hulk: Attorney at Law” has been released and the internet can’t look away, even if they want to.

On Tuesday afternoon, Marvel Entertainment released its first official trailer for “She-Hulk: Attorney at Law” the latest television series within the Marvel Cinematic Universe (MCU), and the reaction has been rocky, to say the least.

Executive producer Kevin Feige, president of Marvel Studios and chief creative officer of Marvel, welcomed Maslany to The Walt Disney Company’s 2022 Upfront presentation this afternoon in New York City where Kevin Feige confirmed that the series will be a “half-hour legal comedy.”

RELATED: Rumor: Marvel’s Disney Plus She-Hulk Series Reportedly “Not Shaping Up To Be Very Good”

“She-Hulk: Attorney at Law” centers on lawyer Jennifer Walters (Maslany), cousin of Bruce Banner, who inherits his Hulk powers after she receives a blood transfusion from him, at least that’s how they did it in the comics. It’s unclear if this will crossover into the show.

Unlike Bruce in the comics, when she hulks out, Jennifer is able to retain most of her personality, intelligence, and emotional control. In the MCU, the Hulk has also obtained this ability.

What we do from the press release and the trailer is that Walters will be a lawyer who specializes in superhuman-oriented legal cases. 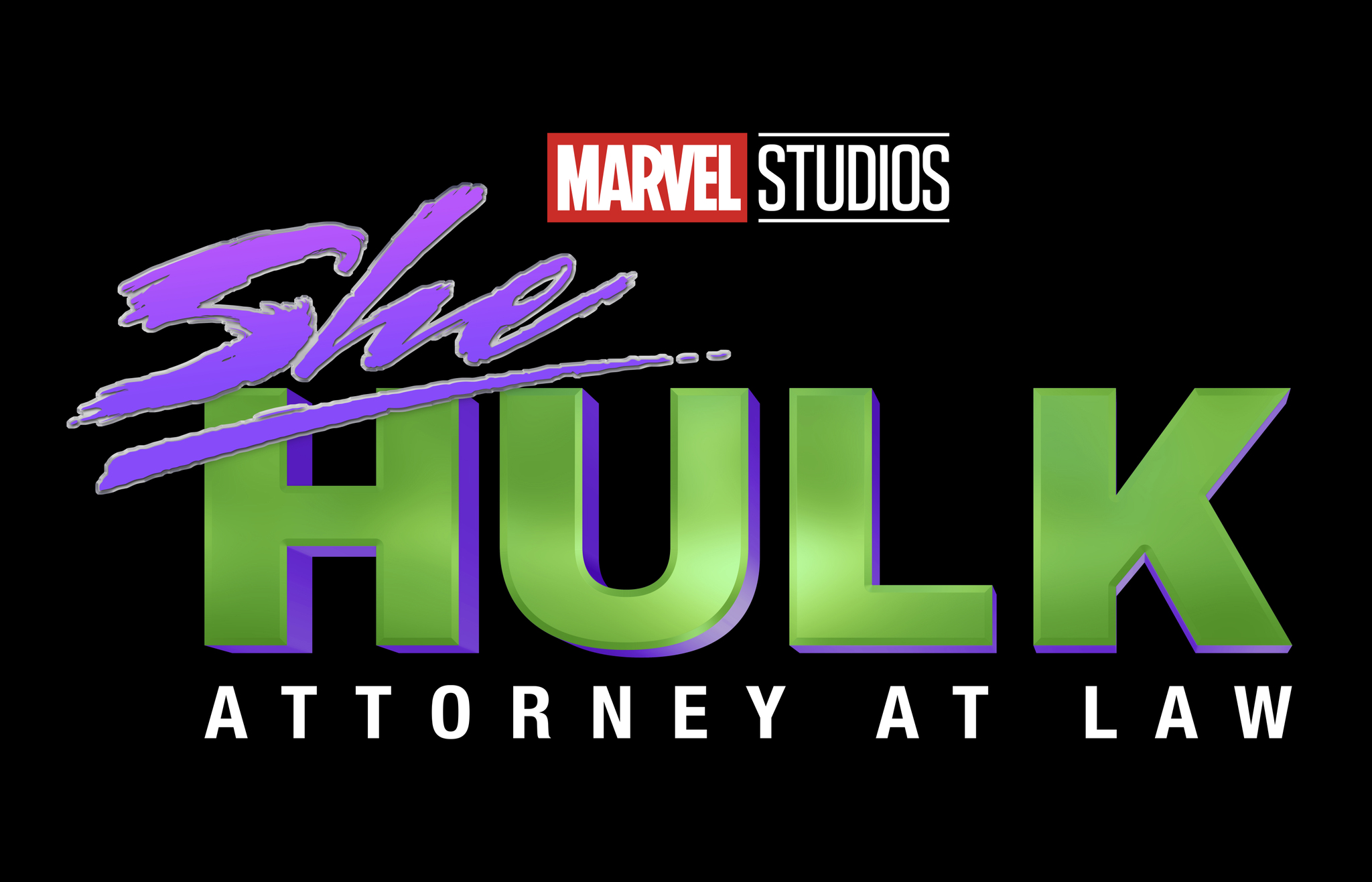 Jessica Gao, who is known for her writing credits on shows such as Rick & Morty, is the head writer on the series and serves as executive producer alongside Feige, Louis D’Esposito, Victoria Alonso, Brad Winderbaum, and Kat Coiro. 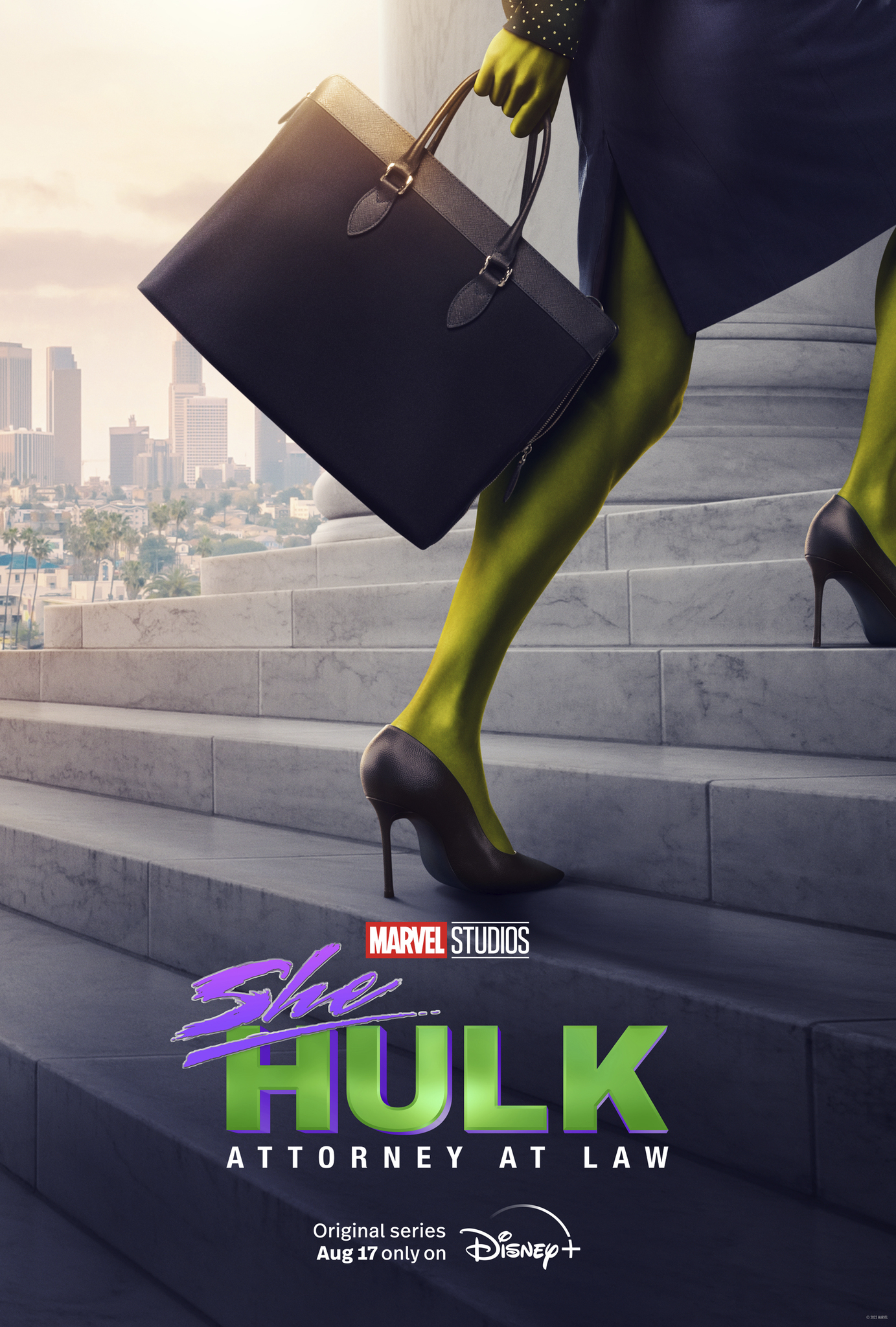 Shortly after its release on social media, many users were quick to slam the poor-looking visuals within the trailer, especially for Tatiana Maslany’s She-Hulk whose character looks unfinished in comparison to Mark Ruffalo’s Hulk.

The series was originally teased back in November meaning Marvel Studios hasn’t made much progress in the visual in six months. Twitter users began to question the quality of show within minutes of the release.

Some questioned whether Marvel Studios should push back the release of the show in order to give the special effects team more time to perfect the look of the character much like Paramount Studios did with the original design of Sonic The Hedgehog for the 2020 film.

“Marvel I’m begging you to give VFX artists enough time to do their jobs #SheHulk” a Twitter user replied. 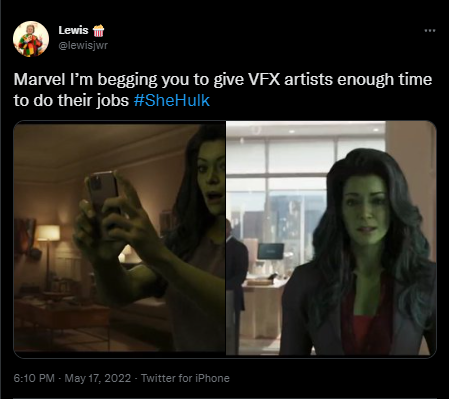 Other users on social media were not as kind to the trailer, many outright slamming the quality of the effects, especially for a production company like Marvel Studios.

One wrote, “Ok why does the cgi for Bruce look good as usual but hers looks unfinished af.” 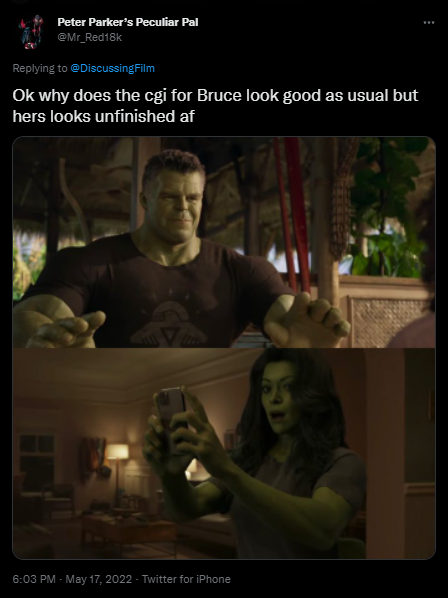 One described it as a PlayStation 4 cutscene.

Another simply wrote, “The cgi is something…” 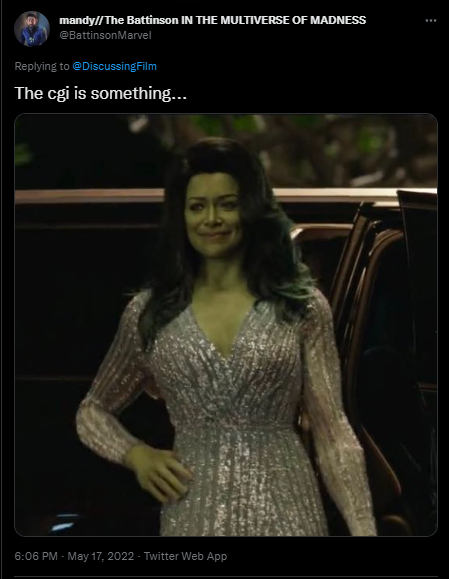 One user mocked Marvel Studios and fans complaining about the CGI writing, “‘Maybe the CGI isn’t finished yet,’ said the Marvel fan after watching almost 30 movies and 5 entire shows with most barely passable CGI you’ve ever seen, funded by a multi-billion dollar company.” 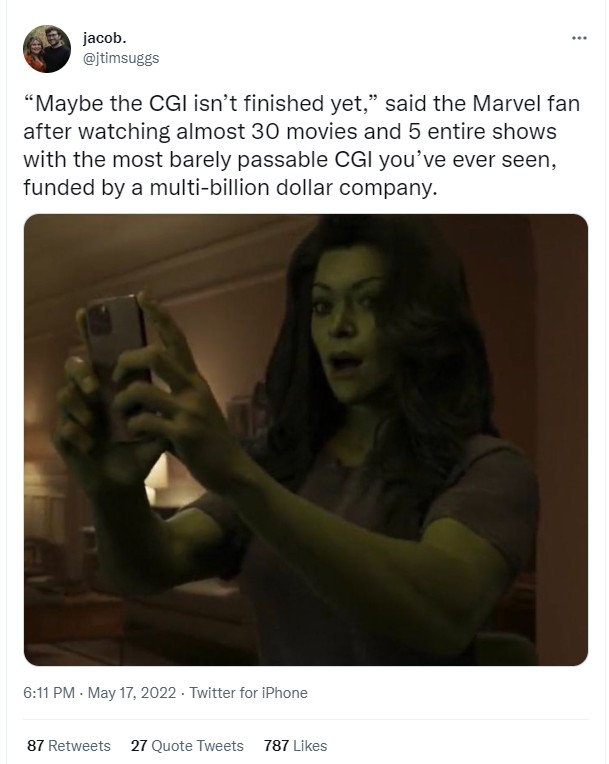 Another tweeted, “guys the cgi being bad is intentional it’s supposed to look like that that’s the joke it’s inside joke y’all don’t get it please.”

It is worth noting that last month, there were rumors circulating that the show would be delayed due to Marvel Studios outsourcing CGI work across the globe.

Reddit user lyserg16 noted, “Just to tell you all She-Hulk will be released in late 2022 (November-December) or maybe even January 2023. Lots of spoilers will start to leak soon as a consequence of VFX scenes sent to multiple people around the world to speed up the post-production.”

What are your immediate thoughts on the latest MCU series by Disney+?