Ex-WWE and NXT wrestler Nash Carter (aka Zachary Wentz) is apologizing for the photo of himself doing a Nazi salute and sporting a Hitler mustache that got him fired suddenly this year. 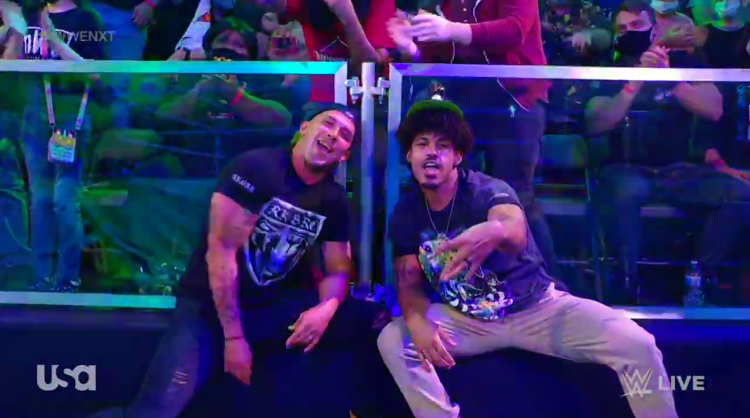 Carter shared a statement on Twitter that began “No words can truly describe how ashamed and apologetic I am for my conduct in the photograph. There is no excuse for such behavior and I take full responsibility for my actions and ask for forgiveness.”

He added that the photo was eight years old, a fact that was known before his swift release. “This picture was taken in 2015, a time where I was uneducated on the topic and therefore didn’t understand the magnitude of how hurtful it was,” Carter wrote. 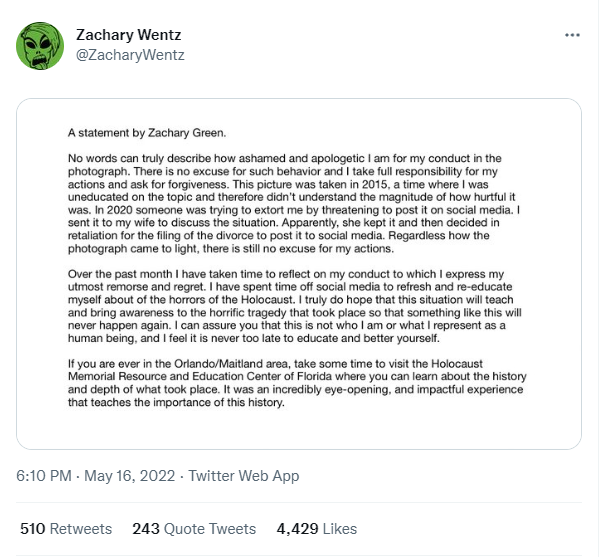 He then claimed it was later discovered by someone online who wanted to extort him. “In 2020 someone was trying to extort me by threatening to post it on social media,” the wrestler explained.

In an ironic twist right out of current tabloid headlines but lost in the controversy, it was posted online with damaging consequences by someone Carter should have been able to trust: his wife at the time. She held onto the image after it was shared with her privately.

“I sent it to my wife to discuss the situation,” Carter said. “Apparently, she kept it and then decided in retaliation for the filing of the divorce to post it to social media.”

You should've moved Nash Carter to Smackdown instead of firing him, he'd fit right in with the new Imperium pic.twitter.com/JVzS2FIjL5

His estranged wife is fellow wrestler Kimber Lee who has performed in WWE, IMPACT, and other promotions. Claiming abuse at Carter’s hands in their relationship, Lee used the photo as ammunition against him and cost him his job.

Lee’s claims have been scrutinized and she’s been compared to Amber Heard as she’s someone else accused of crying wolf while supporters rush to Carter’s side. To stave off harassment and criticism, Lee deleted her social media.

Carter, wanting to pick up the pieces of his professional life, is treating the scandal as a learning experience. “Regardless how the photograph came to light, there is still no excuse for my actions,” he said. 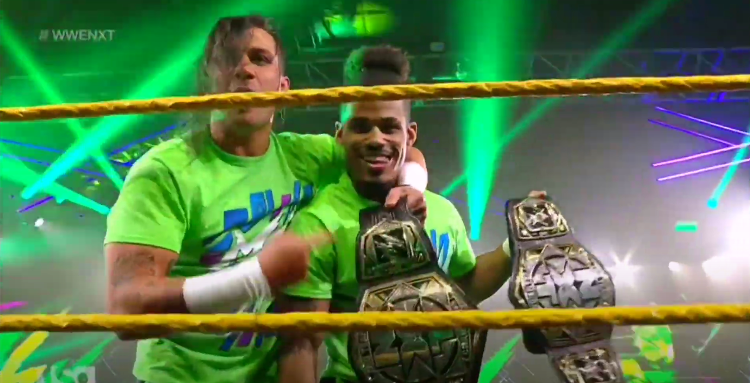 “Over the past month I have taken time to reflect on my conduct to which I express my utmost remorse and regret,” he continued. “I have spent time off social media to refresh and re-educate myself about the horrors of the Holocaust.”

Carter closed his statement by encouraging others to visit the Holocaust Memorial Resource and Education Center of Florida in the Orlando area. “It was an incredibly eye-opening, and impactful experience that teaches the importance of this history,” his statement finishes. 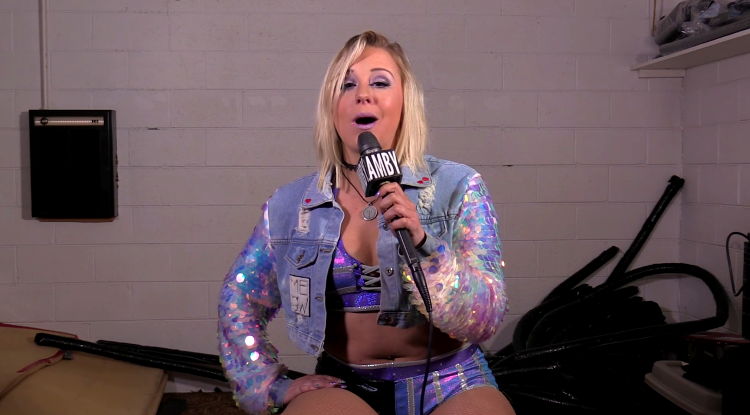 Carter would add as well, “I can assure you that this is not who I am or what I represent as a human being, and I feel it is never too late to educate and better yourself.” Some believe he is doing exactly that.

Wrestlers and contemporaries coming to Carter’s defense include Jewish AEW star Maxwell Jacob Friedman, otherwise known as MJF, who tweeted (but deleted) a message of support. In it, he accuses Carter’s detractors of virtue signaling and says his onetime roommate is not anti-semitic. 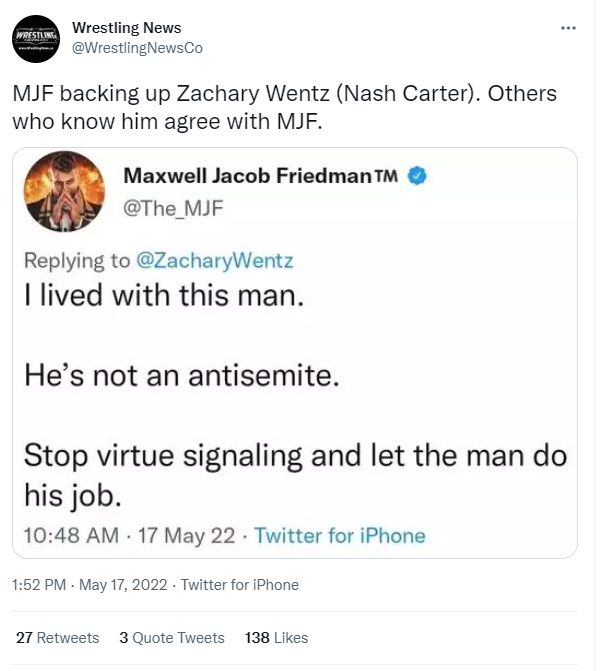 Nash Carter is going by Zachary Wentz once again to face a future in wrestling that is unclear. Despite his apology, it’s highly unlikely he will ever be signed by the politically correct AEW – even if MJF puts in a word for him.