As wokeness grows as a sticking point with fans and consumers of most well-known properties, as well as an overt agenda in media, the concern, and disgust over how the material is adapted for screens also increase. 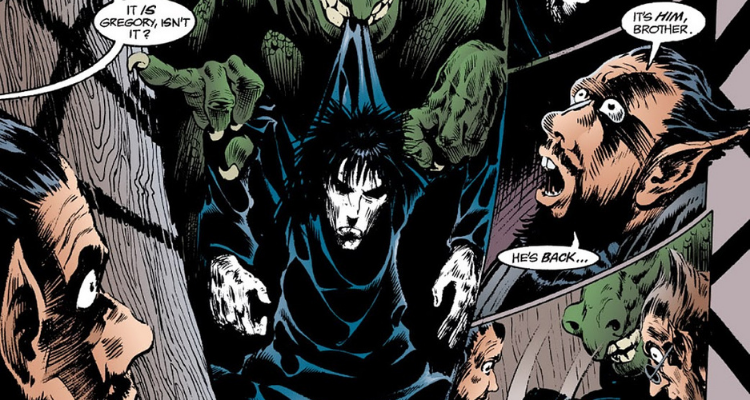 There’s anxiety and pushback brought on by Netflix’s take on The Sandman, for one – though the source material is the furthest thing from conservative or wholesome – with fans expressing their worries and criticisms to the author and originator of Dream, Neil Gaiman.

He is taking the time to answer questions and misgivings of those dismayed by, for example, gender swaps in the cast, notably Gwendoline Christie as Lucifer, and Gaiman says not to worry. Sandman was always woke.

Recently on Twitter, nonplussed and defiant in the face of charges the Sandman series will be woke and suck before it goes broke, Gaiman wrote, “Sandman went woke in 1988, and it hasn’t gone broke yet.” 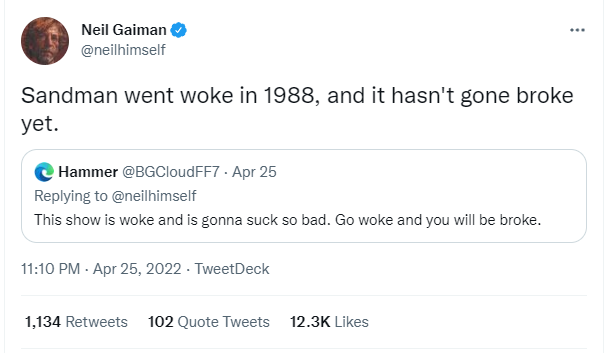 For those who know their history, Sandman was first published in ‘88 and, an edgy and progressive comic deemed ahead of its time, Gaiman is right, objectively speaking and being the best judge of his own work. He would, however, disagree with the notion that it was “ahead of its time” somewhat.

The prolific writer actually contends Sandman has never changed. “Whatever it was then, it’s the same thing now (not so much ahead of its time though, because time has caught up),” he later tweeted. 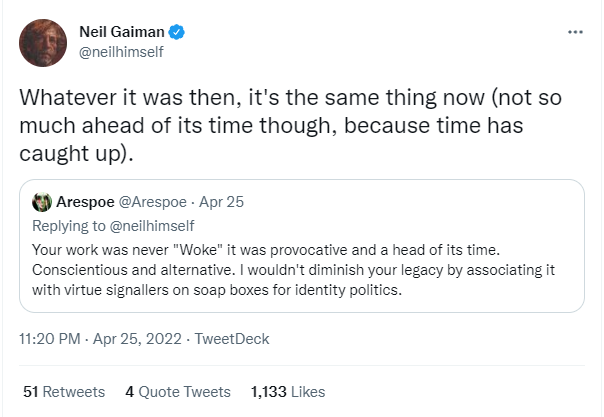 Elements are changing for the show, though, despite what he says or how he writes everything off. Beyond Christie playing Lucifer, Death of The Endless is played by a woman of color (Kirby Howell-Baptiste), John Constantine was replaced by his female ancestor (Jenna Coleman), and Desire is non-binary.

Regardless, Gaiman couldn’t care less. “I give zero f–ks about people who don’t understand/ haven’t read Sandman whining about a non-binary Desire or that Death isn’t white enough. Watch the show, make up your minds,” he tweeted last year. 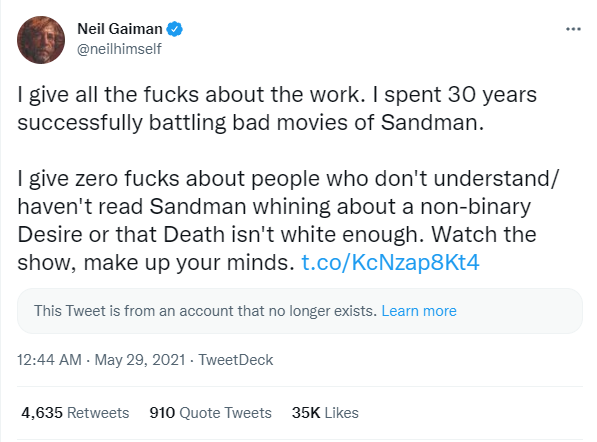 Gaiman also made it clear before he was pulling for a transgender-friendly writer’s room out of respect for the ongoing story’s trans content.

Put another way, wokeness has always been on the table for this project, whether Sandman started out that way or not. Gaiman is nothing if not consistent on that. 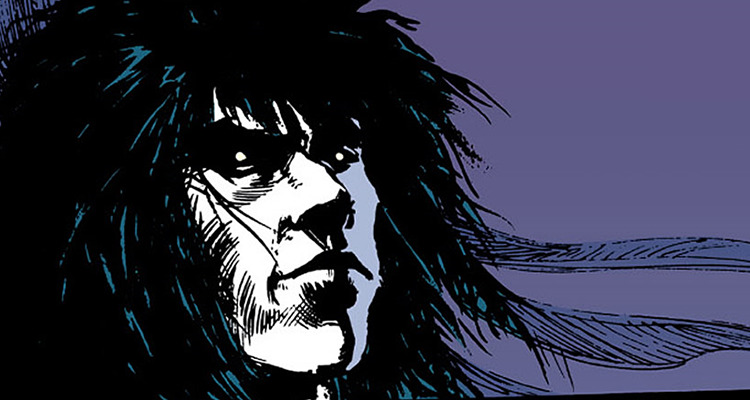 Are your feelings about Sandman, the comic and the Netflix series, affected by the above? If you have a thought or two on that and Gaiman’s remarks, leave them below.

NEXT: Sliders Co-Creator Tracy Tormé Says A Reboot Is “Actively” In The Works, Promises Series “Will Never Be Woke”