In the build up to the 100th collective issue of what may be one of the last readable Western series currently on shelves, BOOM Studios! has announced that their Power Rangers continuity will soon see the introduction of a new threat to the Morphin Grid in the form of the Death Ranger, a fallen hero who hails from a entire species of non-binary aliens. 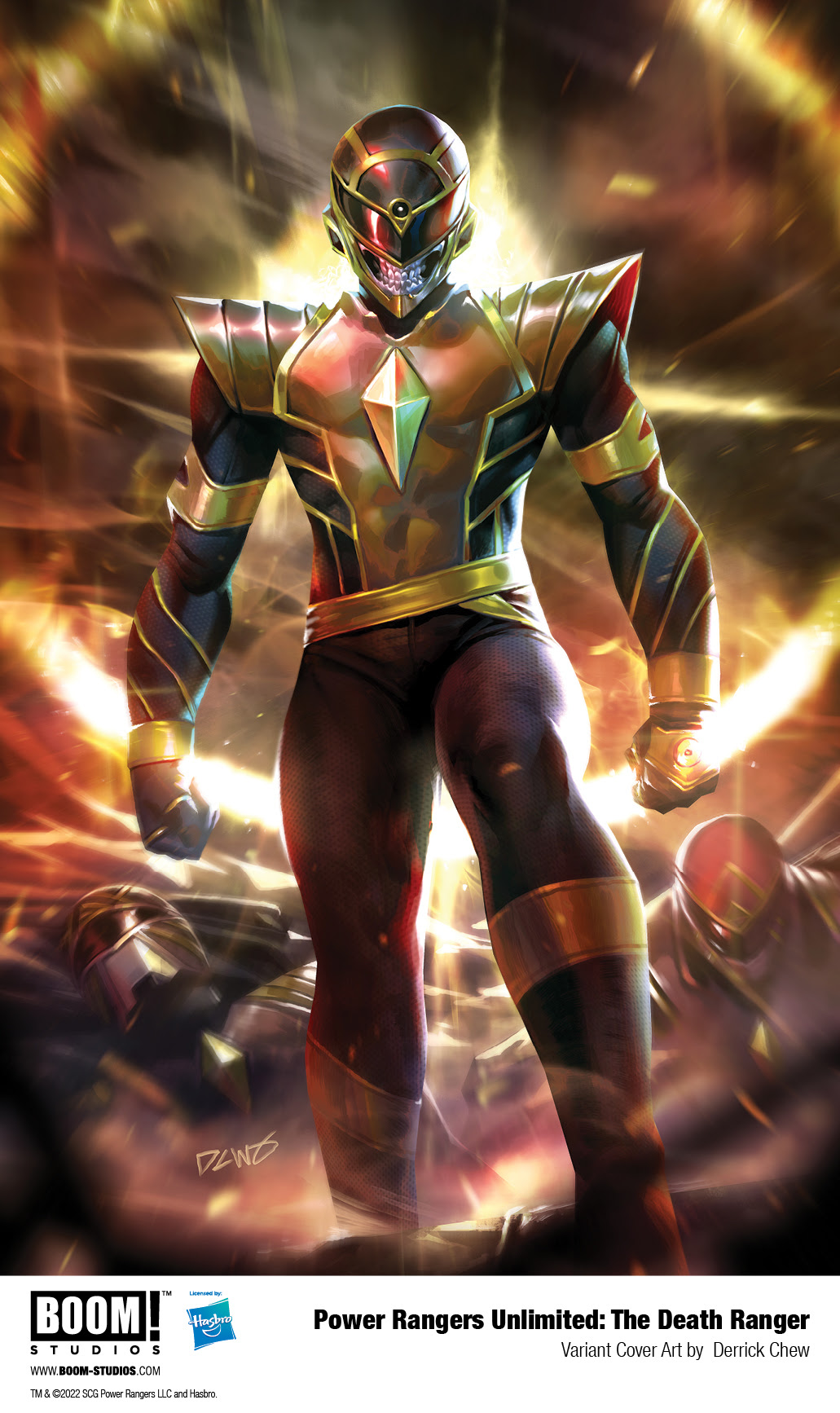 Set to debut in the upcoming Power Rangers Unlimited: The Death Ranger one-shot from writer Paul Allor (Power Rangers: The Psycho Path) and Power Rangers cover artist Katherine Lobo, the Rangers’ new adversary holds an “unearthly secret [that] might spell doom for everyone in the Morphin Grid.”

“The LEGENDARY OMEGA RANGERS defended the universe from evil thousands of years ago, the six of them using their elemental powers to protect others from sinister forces,” reads an official story teaser from BOOM!. “But that all changed when one key member became seduced by the death-defying powers of the Rangers’ greatest foe.” 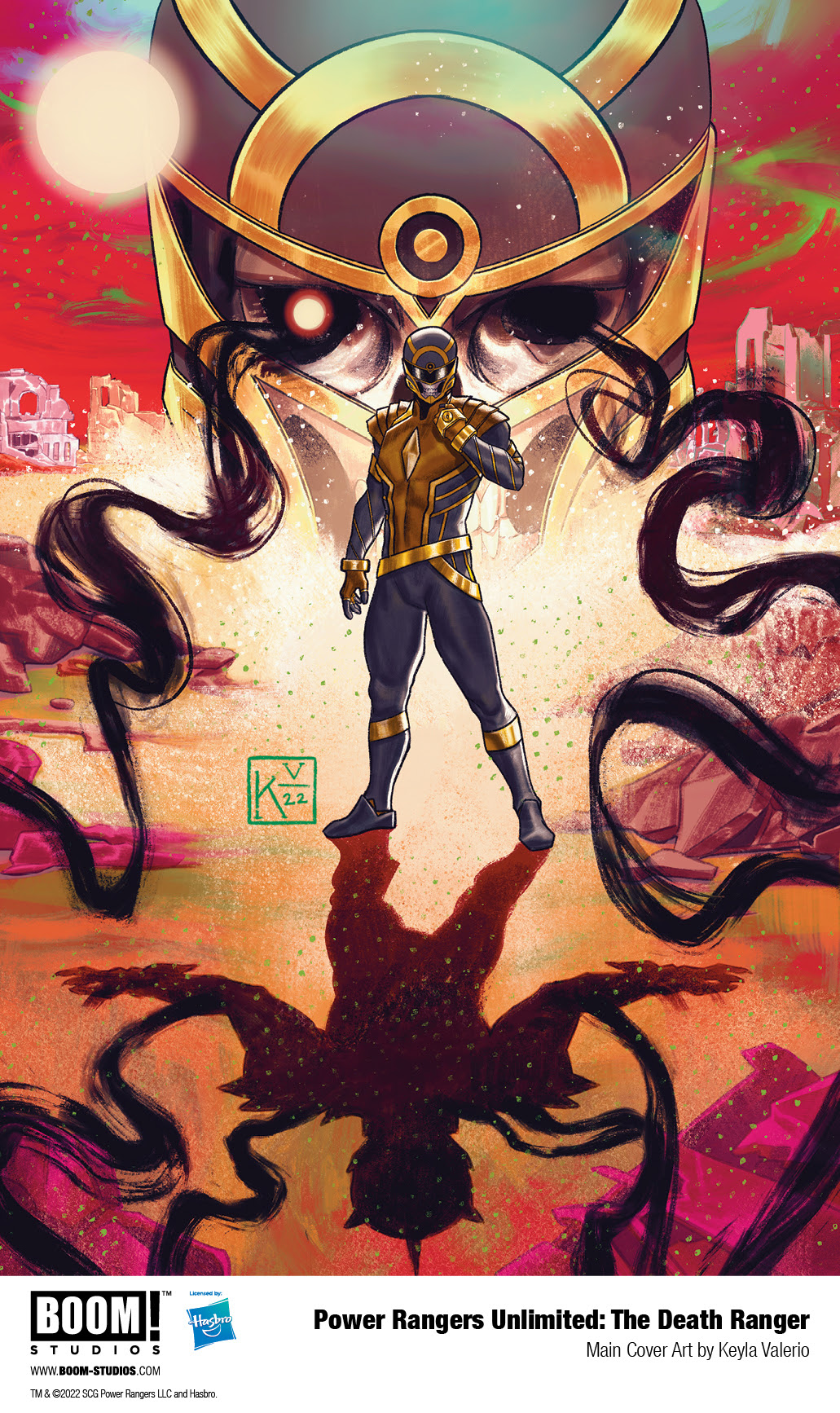 It adds, “How does this Ranger connect to what’s locked in the mysterious Omega Vault in Safehaven so many millennia later, as everything converges in the milestone comic book event CHARGE TO 100?”

This event, says BOOM!, “will unfold in the upcoming issues of Mighty Morphin and Power Rangers, along with special one-shots, as the Power Rangers and Omega Rangers join forces with some familiar galactic faces to battle a terrifying new cosmic threat that’s rising from the depths to threaten every living thing in existence.” 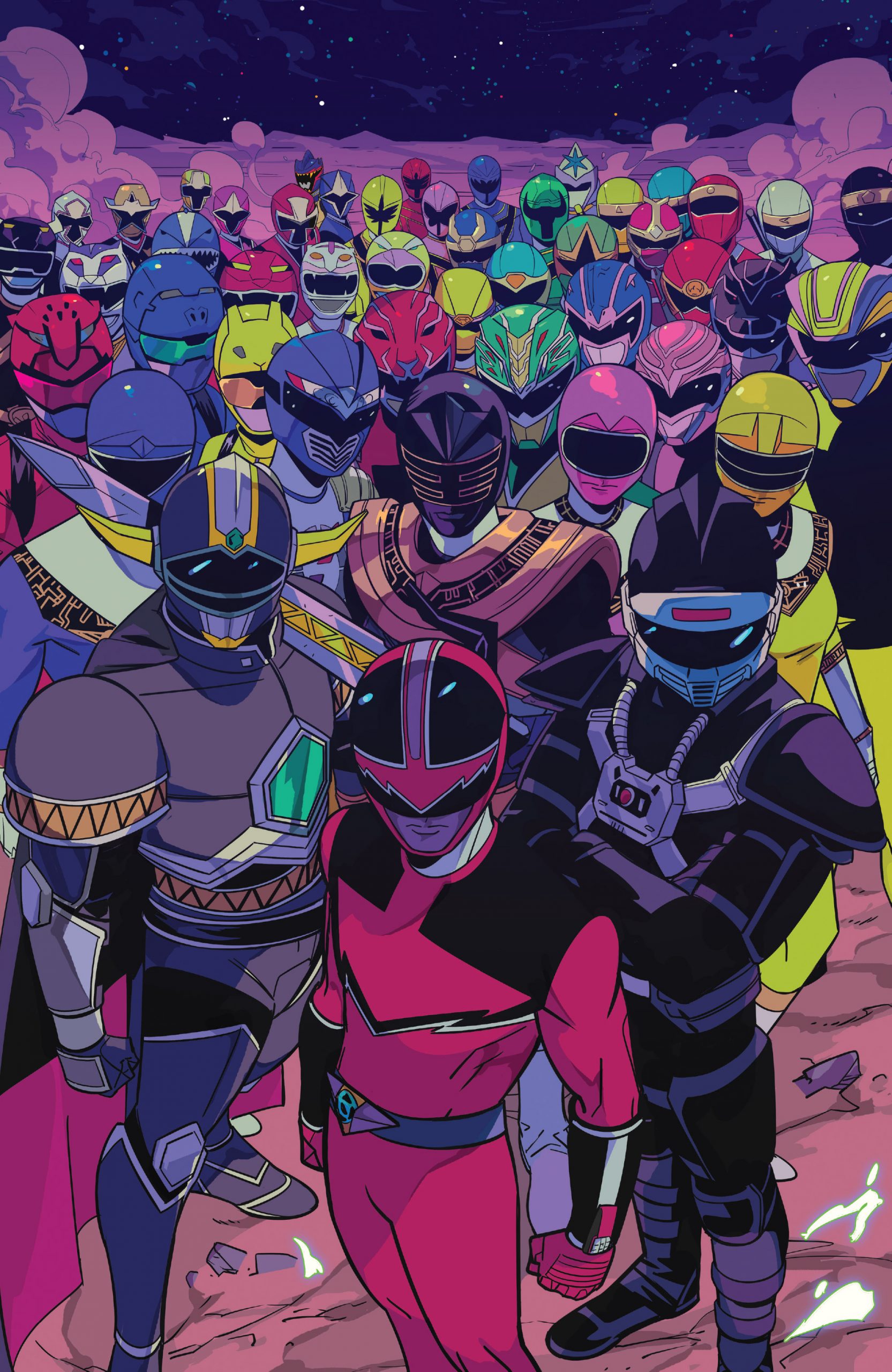 “We’re continuing the epic CHARGE TO 100 with a new type of Ranger you’ve never encountered before,” exclaimed BOOM! Studios Senior Editor Dafna Pleban in an official press release, “Just like the introduction of fan favorites Lord Drakkon, the Ranger Slayer, and countless other characters who’ve taken on a life of their own, it’s time to meet a dark and ominous figure from the ancient recesses of Morphin history… the DEATH RANGER!” 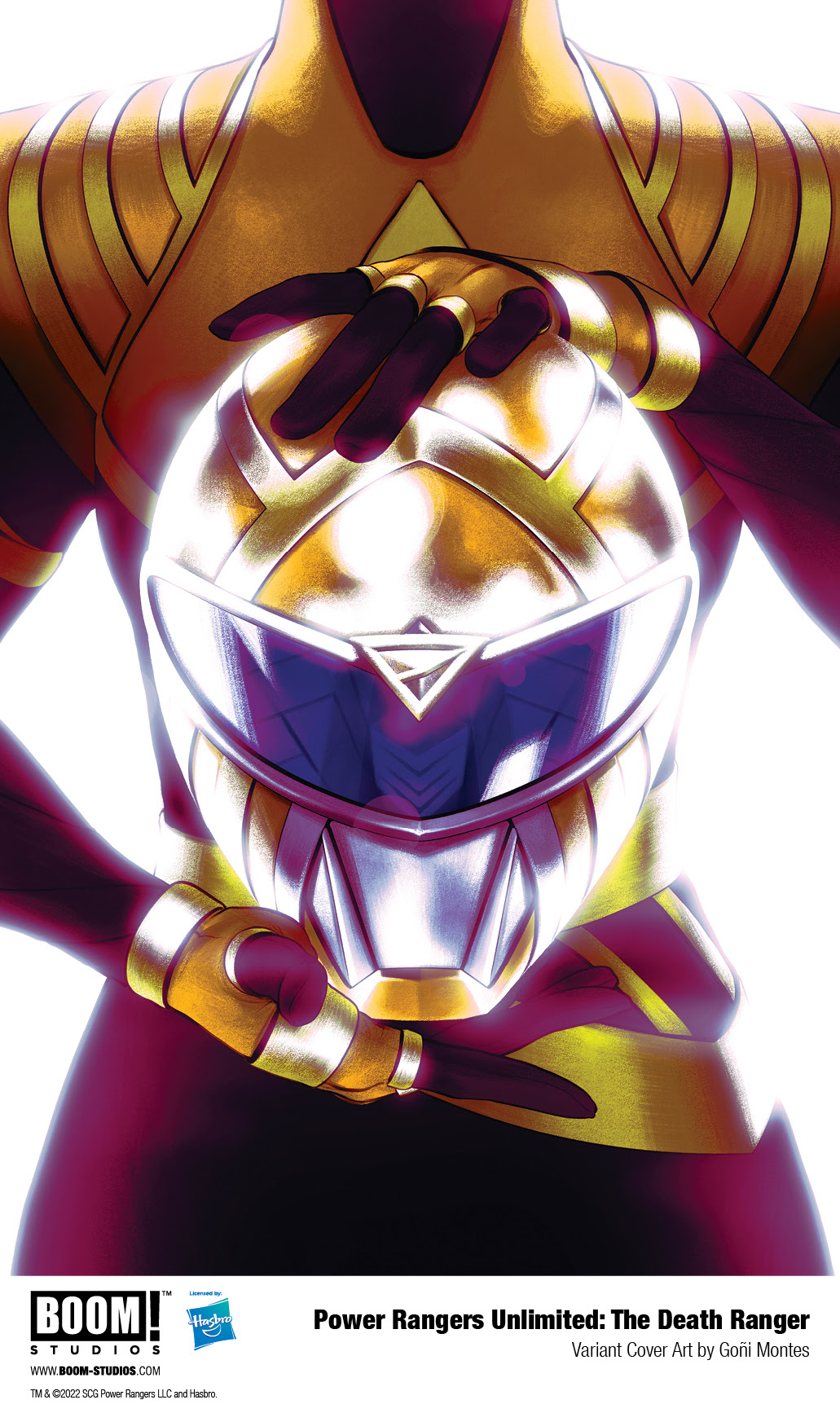 Though BOOM! Themselves made no mention of the character’s gender in his official reveal, the Death Ranger was seperately confirmed by Allor on Twitter to be non-binary.

In response to one particular tweet wherein a fan pronouncing a sexual fantasy about the Death Ranger used the pronoun “him” in reference to the villain, Allor asserted, “The Death Ranger’s pronouns are they/them, as is the case with their entire race, but otherwise, yes, appropriate response.” 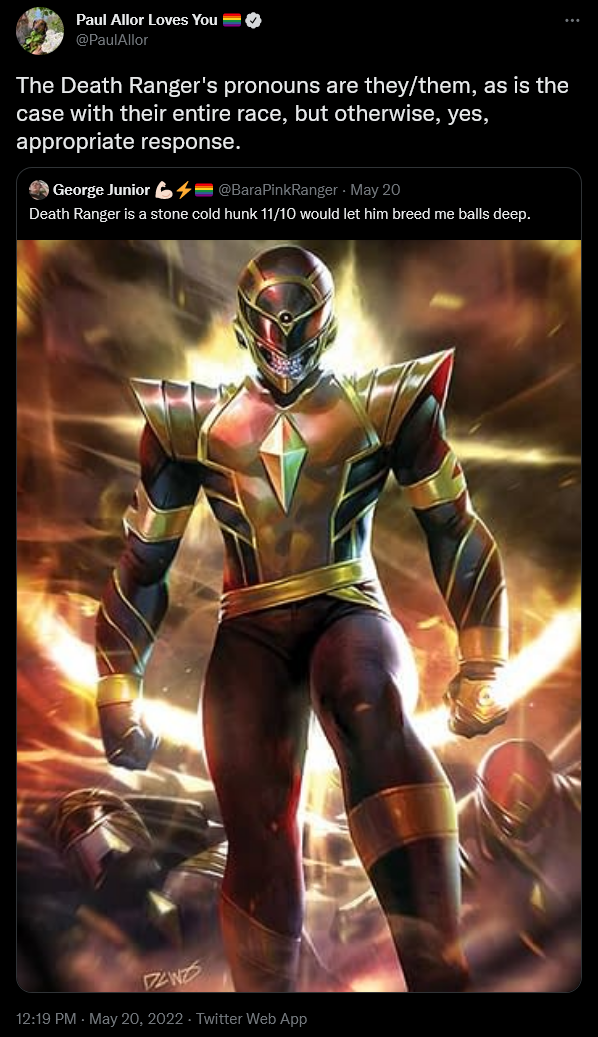 The Death Ranger’s first confrontation with the latest incarnation of the Omega Rangers, whose ranks were recently revived by former Rangers Jason, Zack, and Trini, hits shelves in August 2022. 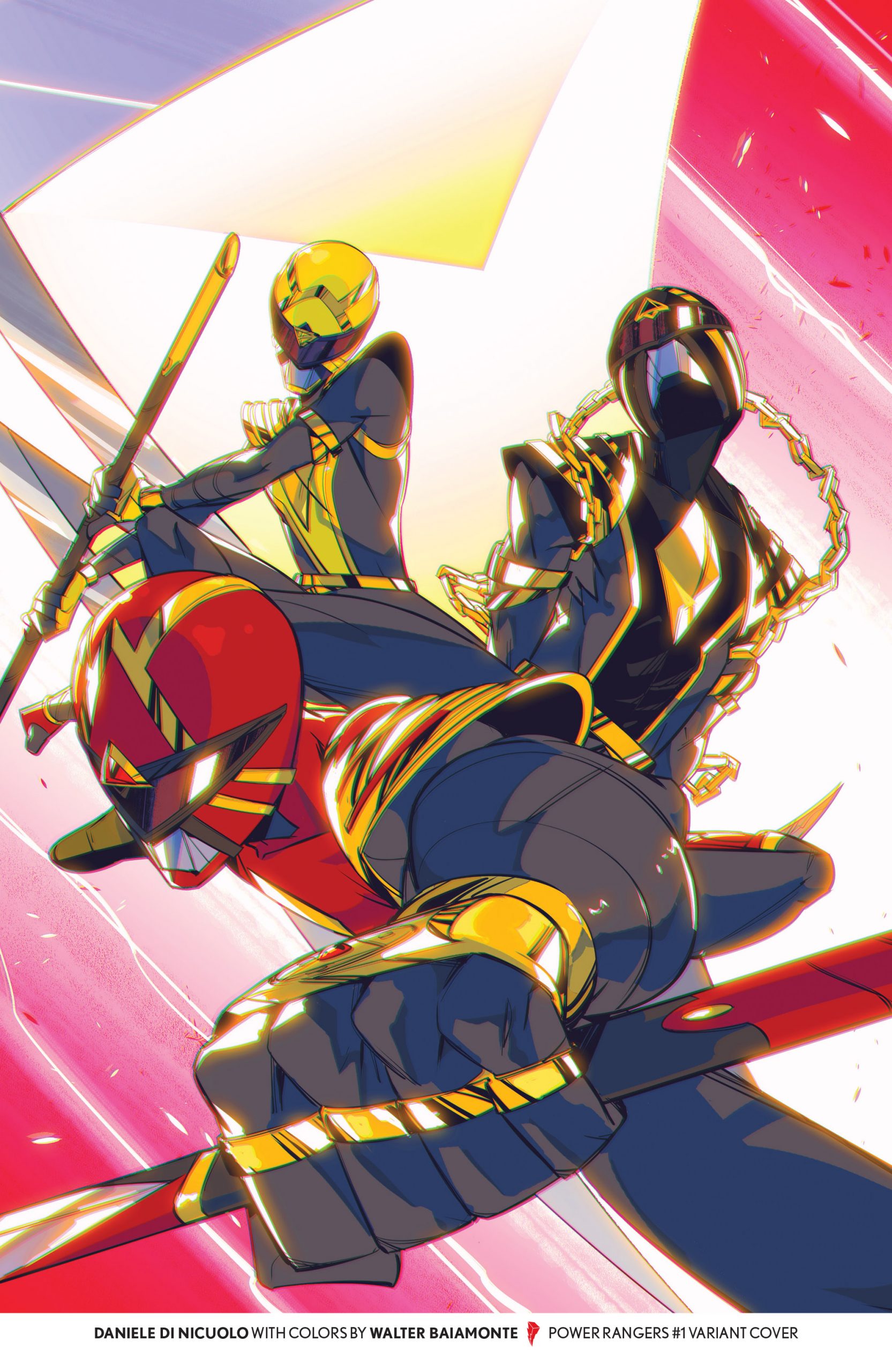 Are you excited to read about the Death Ranger? Let us know your thoughts on social media or in the comments down below!