Nickelodeon All-Star Brawl will be removing one of Jenny Wakeman’s dialogue lines due to its unintended association with an adult parody animation.

Developed by Ludosity and Fair Play Labs, the Nickelodeon Smash Bros. clone has been slowly adding DLC characters since it launched last October.

In its latest fighter announcement, it was revealed that the next batch of fighters would introduce Jenny ‘XJ-9’ Wakeman from My Life as a Teenage Robot, Rocko from Rocko’s Modern Life, and Hugh Neutron from Jimmy Neutron to the fight. 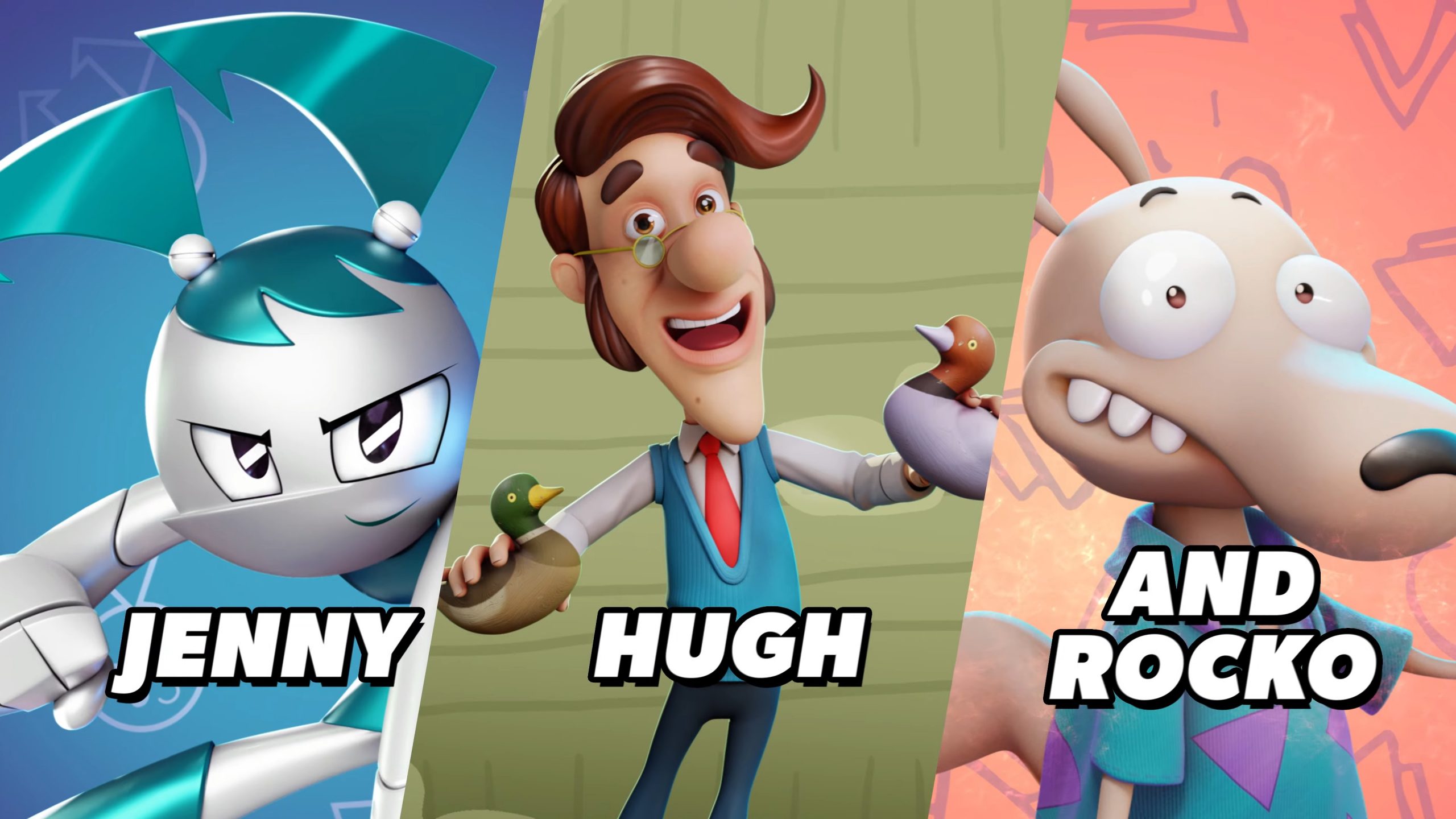 While the arrival of Rocko pleased old-school Nick fans and the inclusion of Hugh delighted players – in no small part due to the various memes surrounding his character – it seems Jenny’s inclusion caused some outcry.

Sharing a screenshot featuring Jenny taunting, “You wouldn’t like my brain! It’s all circuity and metallic!”, @nescartidges balked “WHO LET THIS LINE FLY”. 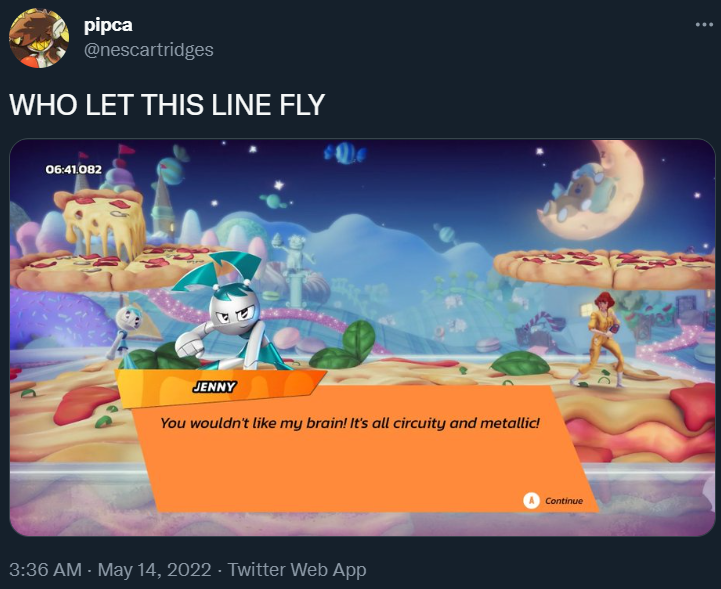 So how can such a harmless line from a kids’ cartoon generate such shock and warrant a hasty post-launch update? 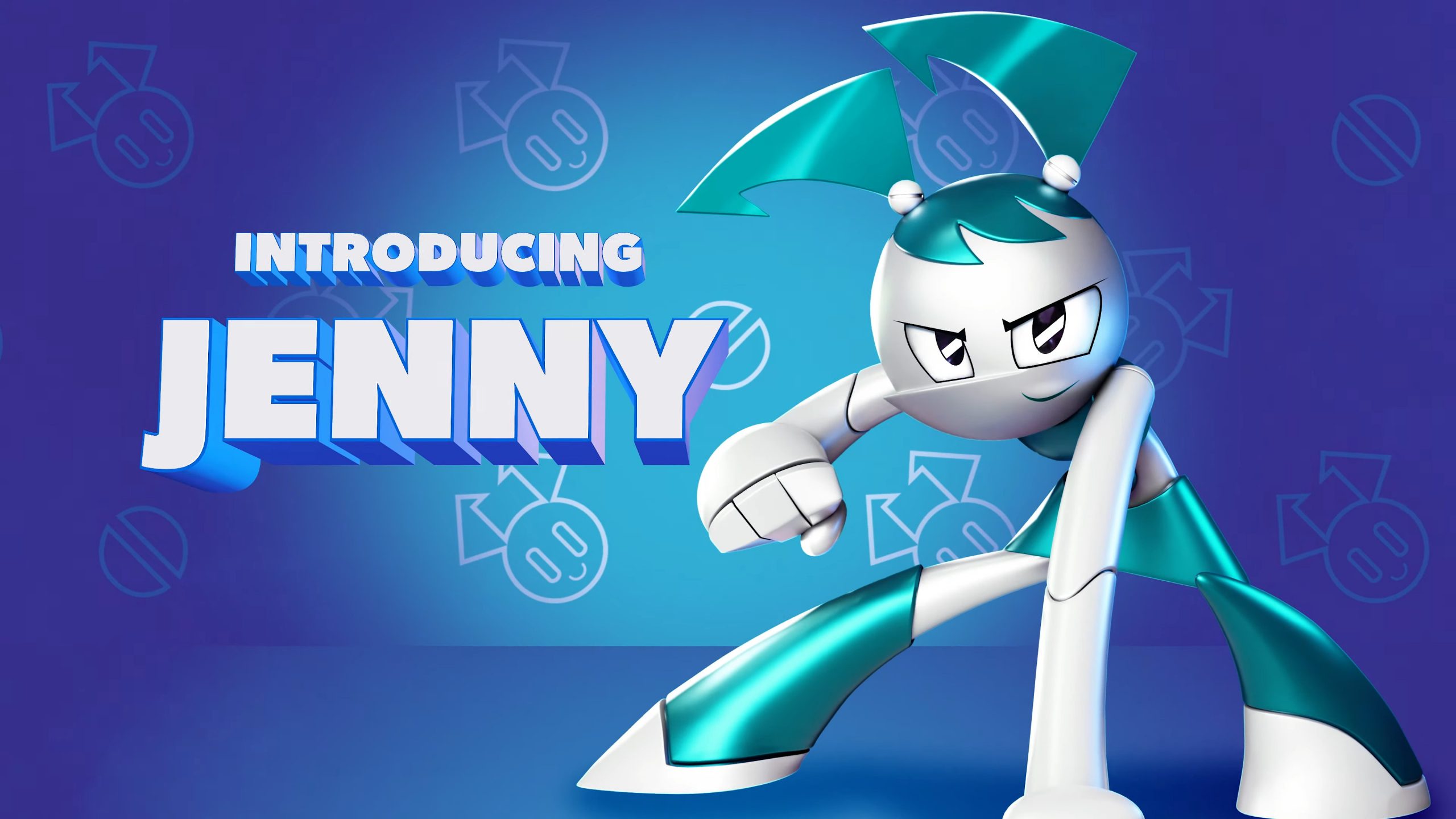 One of the most notorious of Rule 34 creators is ZONE, a pornographic animator known for creating adult parodies of various cartoons within the original show’s artstyle. 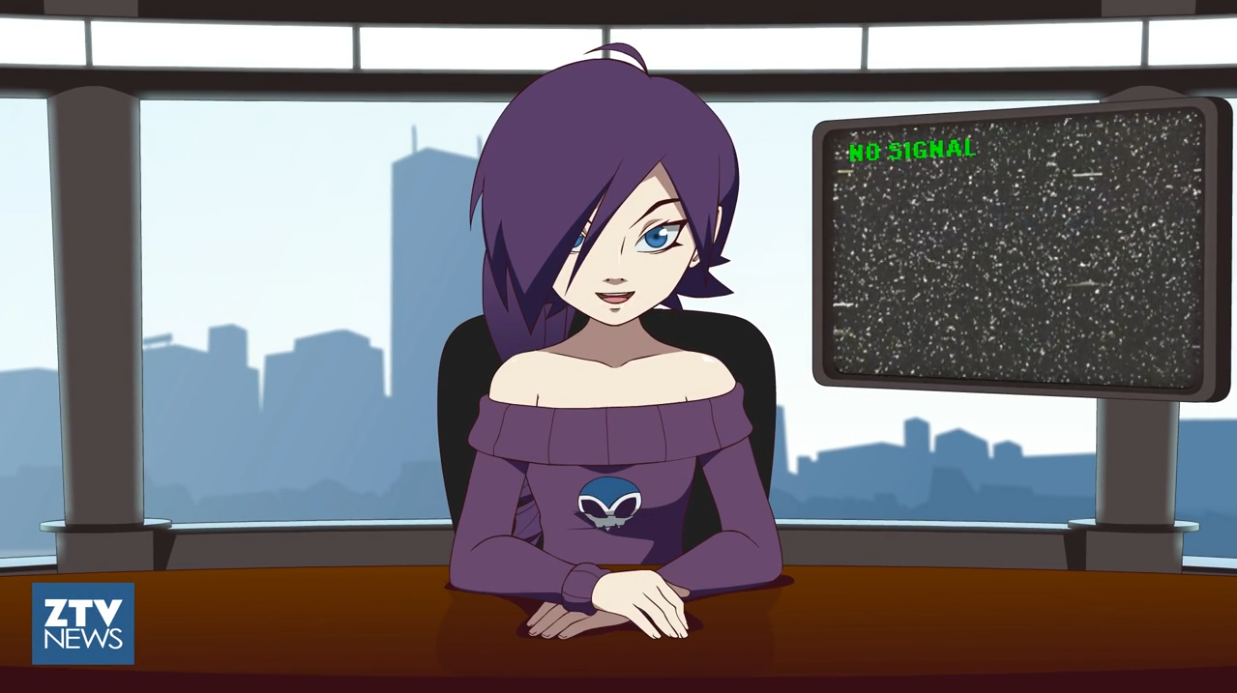 So, what in the world does Zone have to do with My Life as a Teenage Robot?

In 2010, the animator produced “Jenny XJ9 Adult Parody” (or “What What In The Robot”), a parody of the My Life As A Teenage Robot episode “Last Action Zero”. 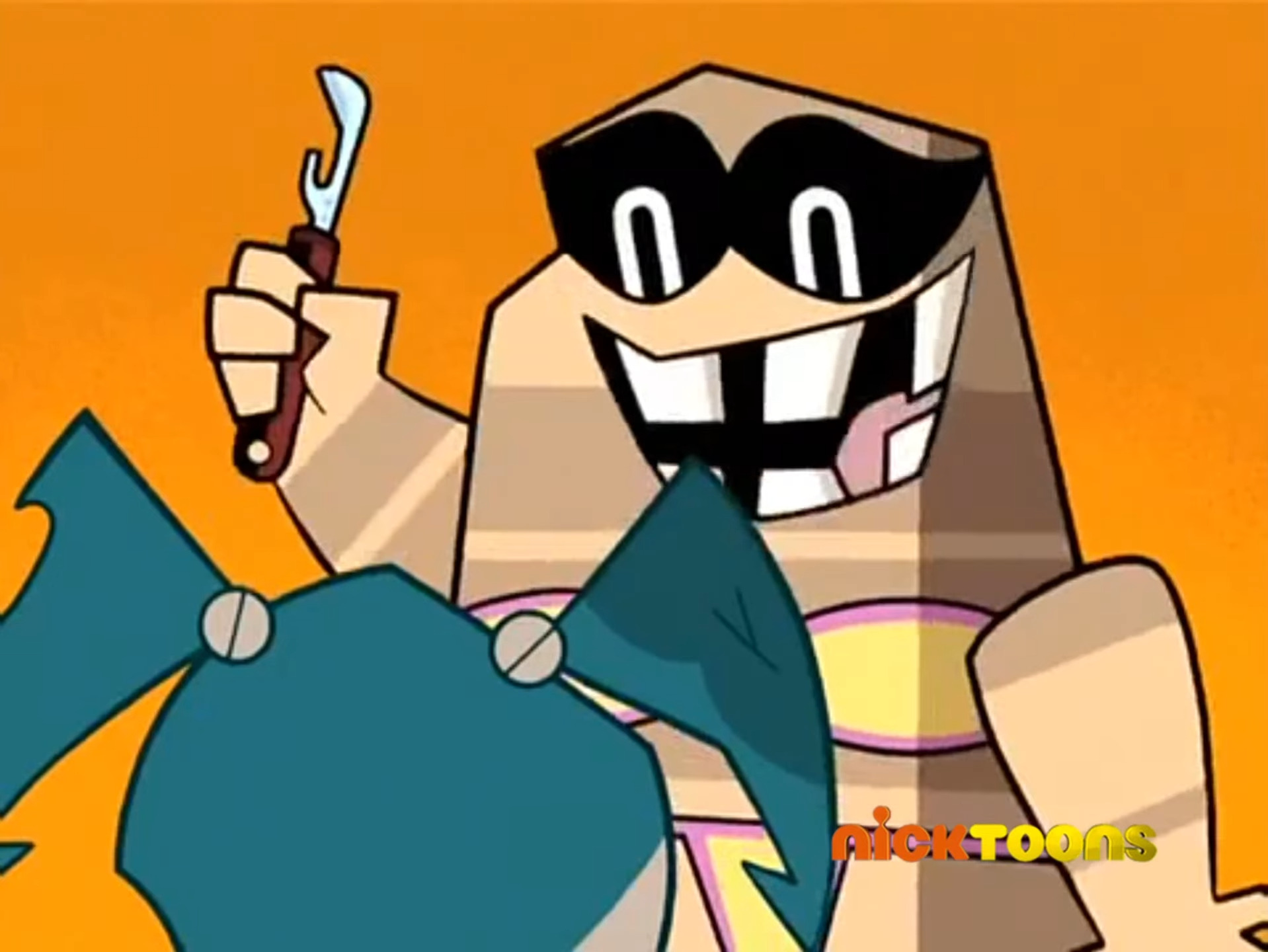 In the actual episode, Jenny faces off against the brain-eating Crater Critters, though thankfully saved at the last second by the Skyway Patrol. Sidekick Brad soon joins the heroic group, only to find himself inundated with paperwork rather than heroics.

It is here where the Nickelodeon All-Star Brawl dialogue was lifted, as during her battle with the Crater Critters, Jenny taunts her cannibalistic enemy, “You wouldn’t like my brain! It’s all circuity and metallic!”

However, in Zone’s parody, the scene is redubbed through the splicing of different voice clips, and as such Jenny instead exclaims, “You wouldn’t like my body! It’s all circuity and metallic!”

The rest of the pornographic animation plays out as you would expect. 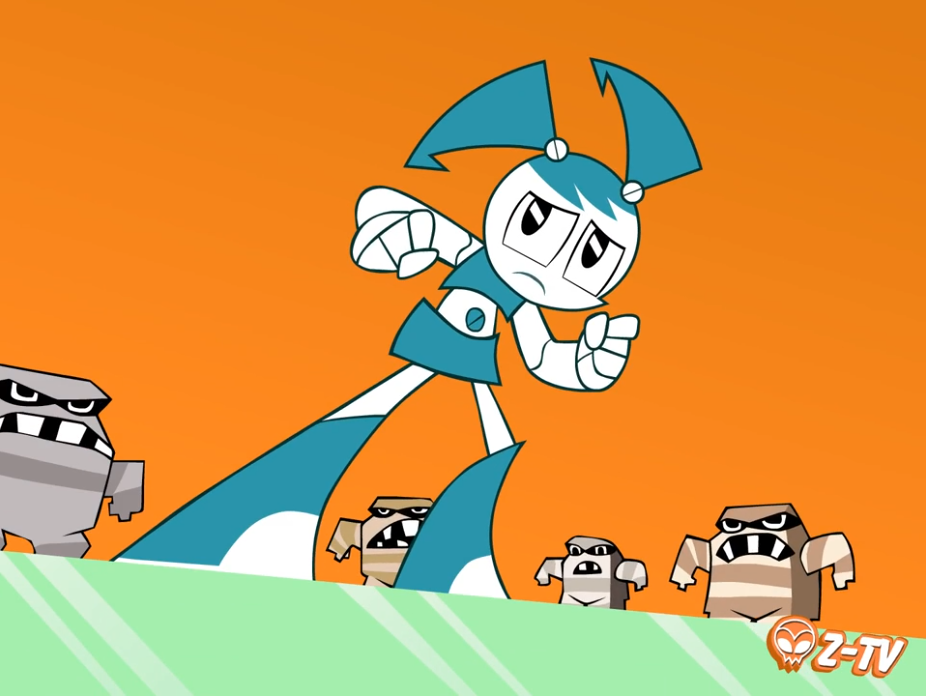 Zone would eventually acknowledge her infamy, replying to @nescartridges’ tweet with a simple upside-down face emoji.

After a brief period of joking about the unintentional reference, Zone would eventually go on to champion Nickelodeon All-Star Brawl.

“In all seriousness, I played Nick All-Star Brawl for the first time on Friday while streaming and had an absolute blast with it & I’m not even into Smash,” Zone praised. “It’s currently 60% off on Humble Bundle so I recommend picking it up if you like Nicktoons at all!” 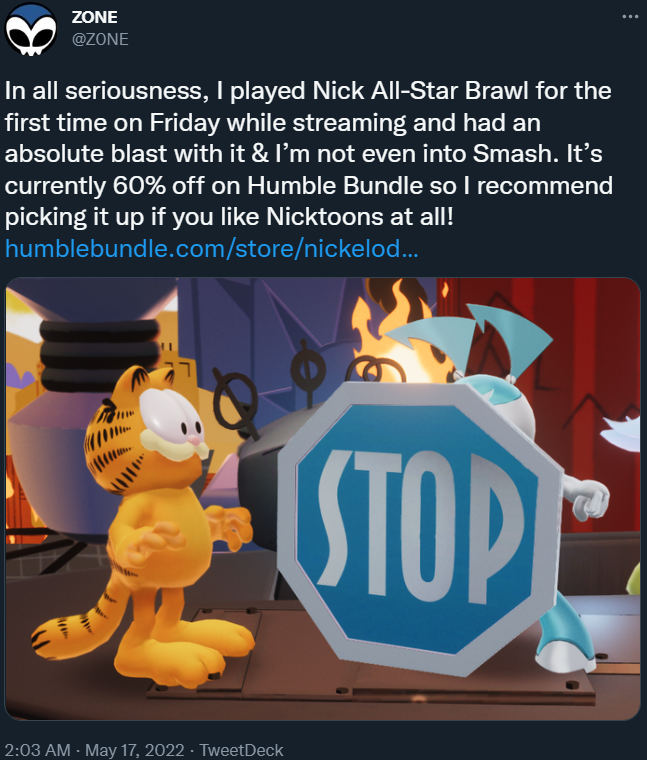 In a now deleted tweet, the Nickelodeon All-Star Brawl official Twitter account would to Zone, seemingly unaware of her identity and connection to Jenny, with the simple encouragement, “Glad you’re enjoying it!”

Despite its being a direct reference to the original episode and its pornographic association being incidental, the line will be removed due to this connection.

“Boy was I flabbergasted,” said Ludosity developer Thaddeus Crews, according to a now deleted tweet as reported by The Gamer. “While it’s a line from the show, it has unfortunate implications by proxy, as such we’ll be removing it.” 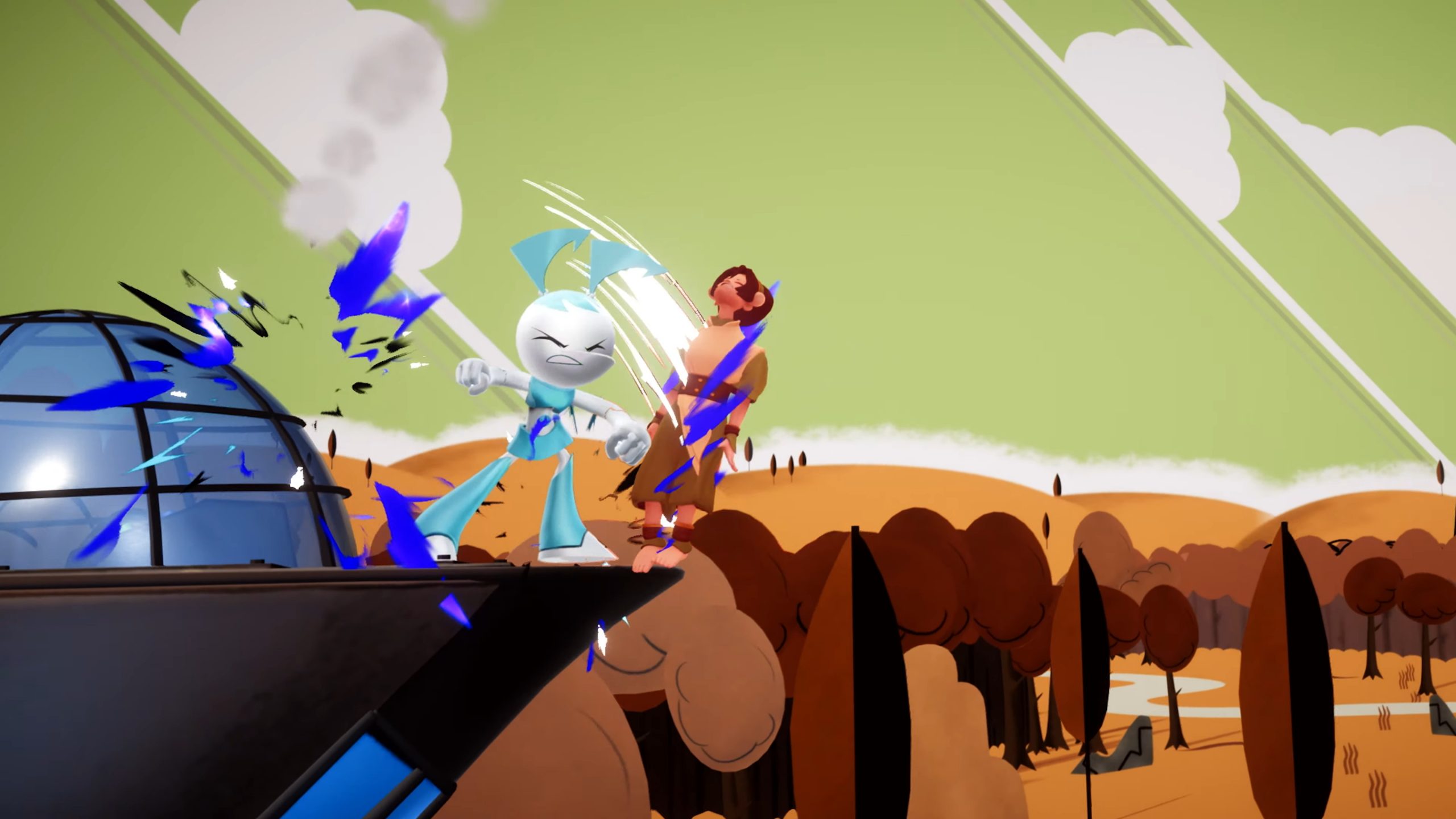 In an alleged statement shared to an unspecified Discord server, Crews added, “I can’t even BEGIN to describe the flow of emotions I got after seeing this, checking the files, and seeing it was real.”

“That’s getting removed immediately,” he declared. “What the f–k”. 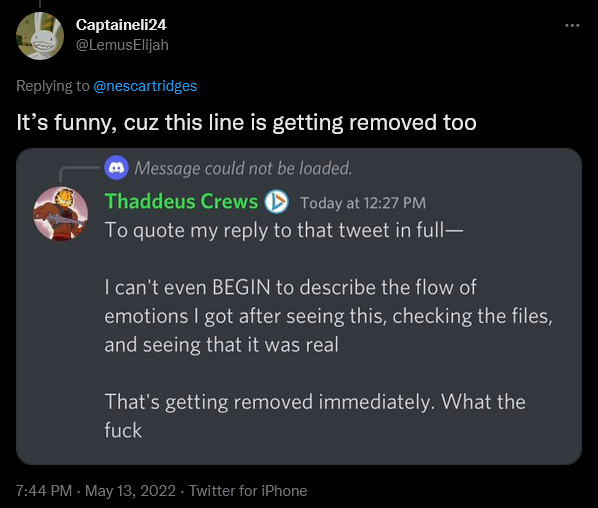 Crew certainly appears to have no intention of backtracking on this decision either, as in reply to another Twitter user begging for the line to remain, the dev simply shared a clip of Rudy Ray Moore as Petey Wheatstraw yelling ‘Shut up’. 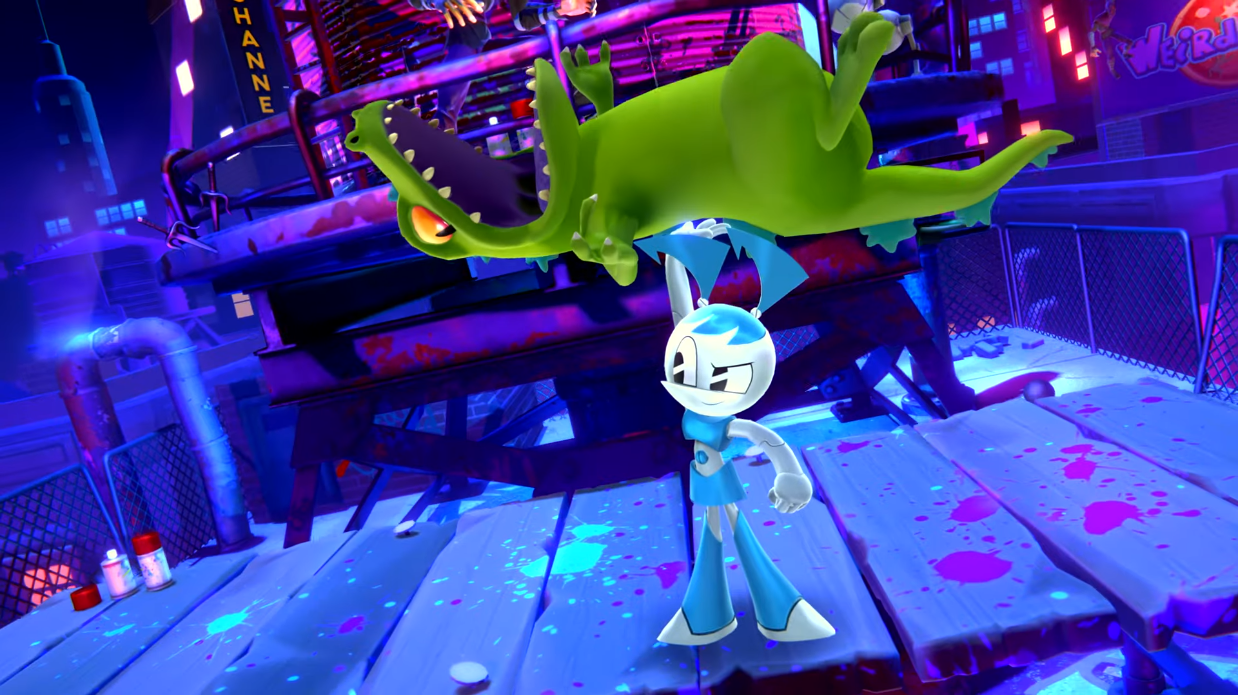 Zone herself would also approve of the change, telling another user after the announcement that “the game will be just as fun without it!”

What do you make of the line’s removal? Do you think this is a case of excessive caution towards an unintended reference, or should creators do all they can to prevent any inappropriate connections, no matter how incidental?

Let us know what you think on social media and in the comments below!

NEXT: Domina Gets Review Bombed After Encouraging Players To Not Wear Masks And Avoid Pornography, Mocks Woke Mob For Attempting To Cancel Them