According to director Mohamed Diab, the idea to introduce May Calamawy’s Layla El-Faouly as an alignment-and-gender-swapped version of Marvel Comics villain Scarlet Scarab was not a part of Moon Knight’s original script, but instead conceived and integrated part way through the Disney Plus’ series production. 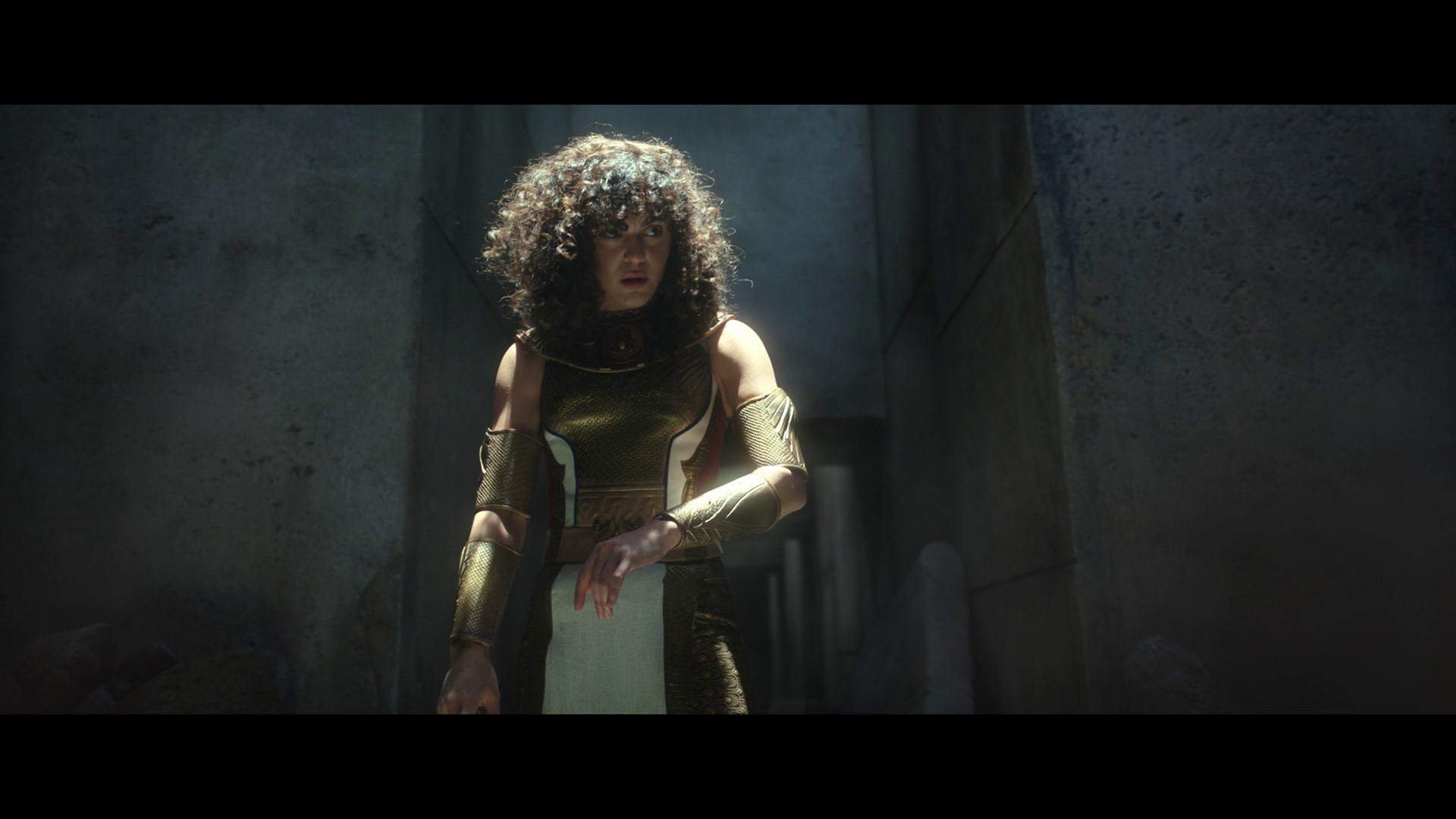 As seen in Moon Knight’s first season finale, Gods and Monsters, El-Faouly was granted the mantle of the Scarlet Scarab amidst the final battle with Ammit and Harrow.

Informed by one of the avatars of Ennead that they needed “more avatars than we have” to fight back the villains, the Egyptian archeologist agrees to act as the avatar of Tawaret, receiving superhuman abilities, a pair of swords, and a of metal wings in exchange for her servitude. 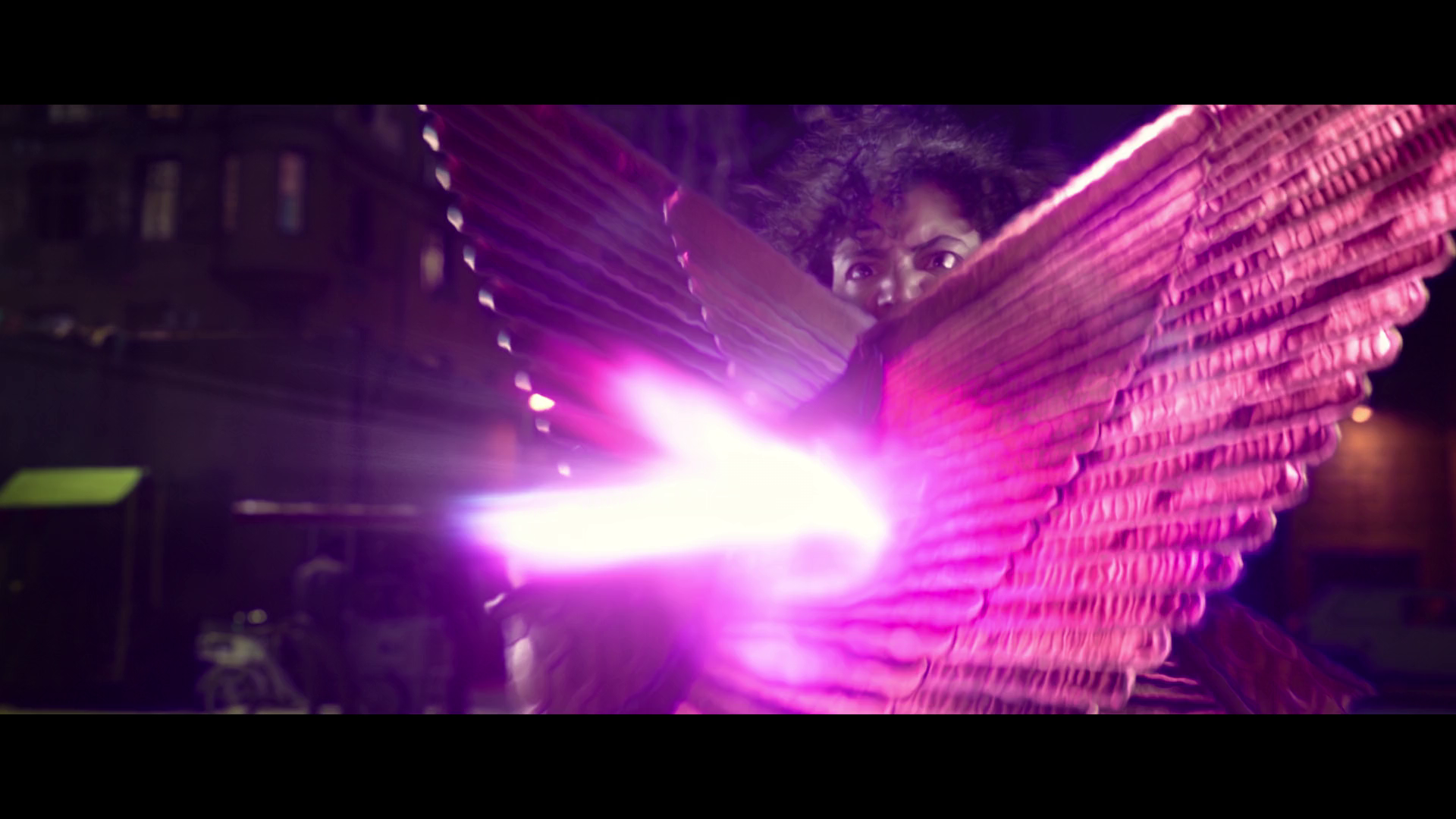 Unbeknownst to many viewers, however, was the fact that El-Faouly’s identity was not a wholly new one.

In the comics, the Scarlet Scarab identity is a legacy one belonging to minor father and son villains Abdul and Mehmet Faoul. 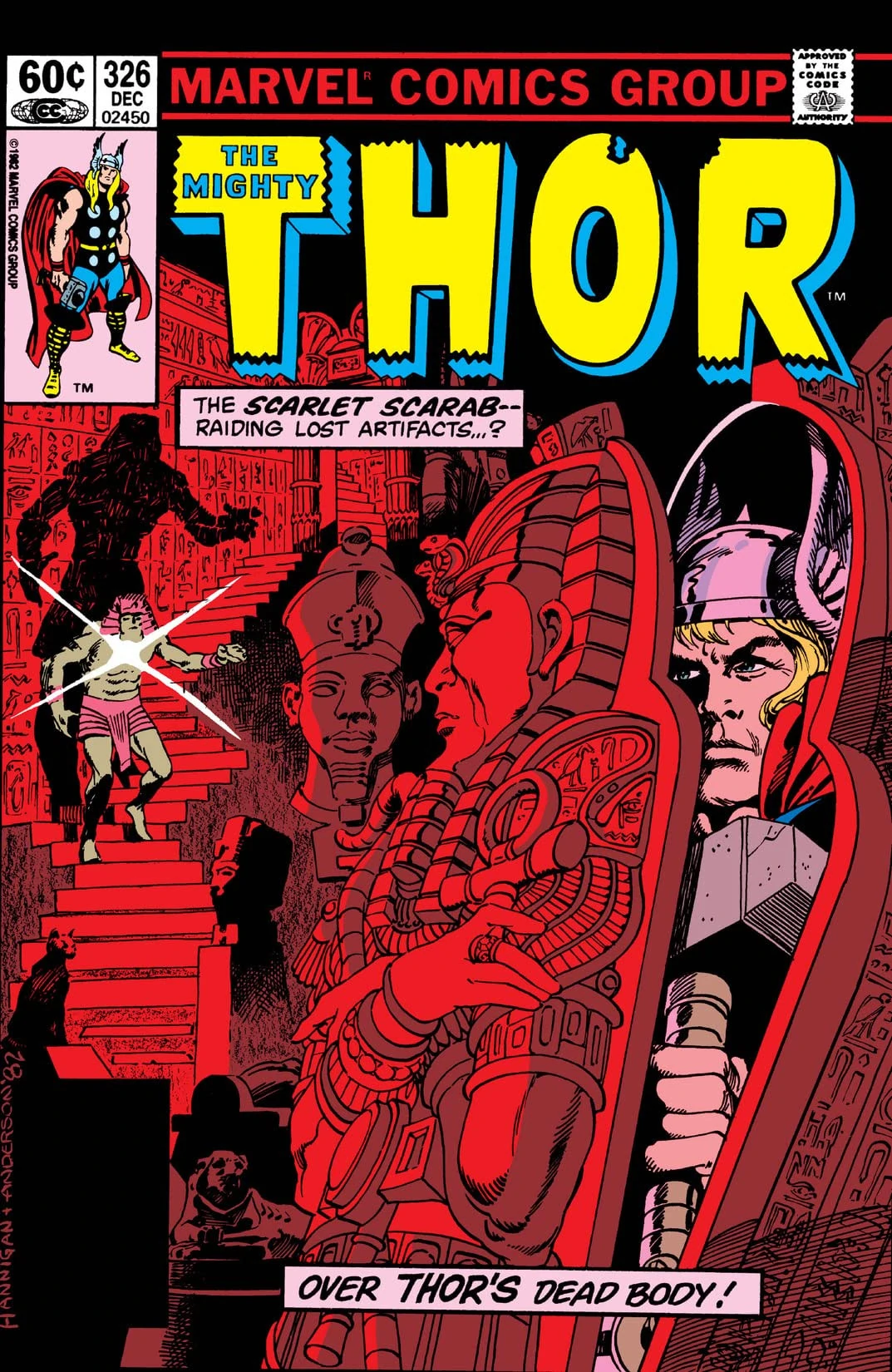 First donning the identity as nothing more than a costumed identity, Abdul served as the first Scarlet Scarab during World War II, leading a group called the Sons of the Scarab in fighting against Britain to end their control of Egypt – a goal which eventually led them to misguidedly ally themselves with the Axis and found them opposed to the Invaders.

This identity was inspired by the Ruby Scarab, an artifact discovered by Abdul which granted him superpowers including super strength, flight, and the ability to fight mystical energy blasts. 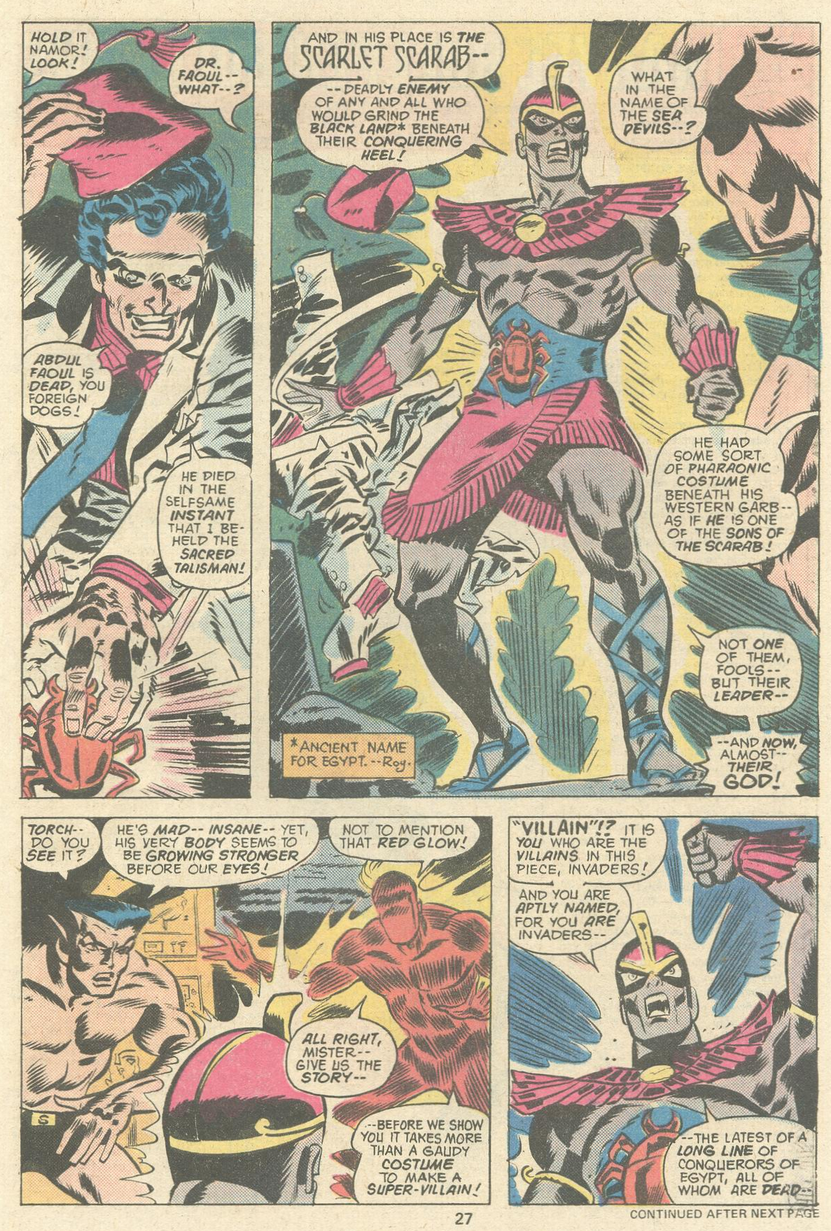 Abdul would eventually pass both the Ruby Scarab and the Scarlet Scarab mantle to his son Mehmet, who in his sole appearance utilized the artifact’s abilities in an attempt to steal an Egyptian artifact from a museum and return it to its native land.

This goal would eventually bring him to blows with Thor, though after a short battle, the God of Thunder separated Mehmet from the Ruby Scarab, returning him to normal before agreeing to let him take the artifact back home. 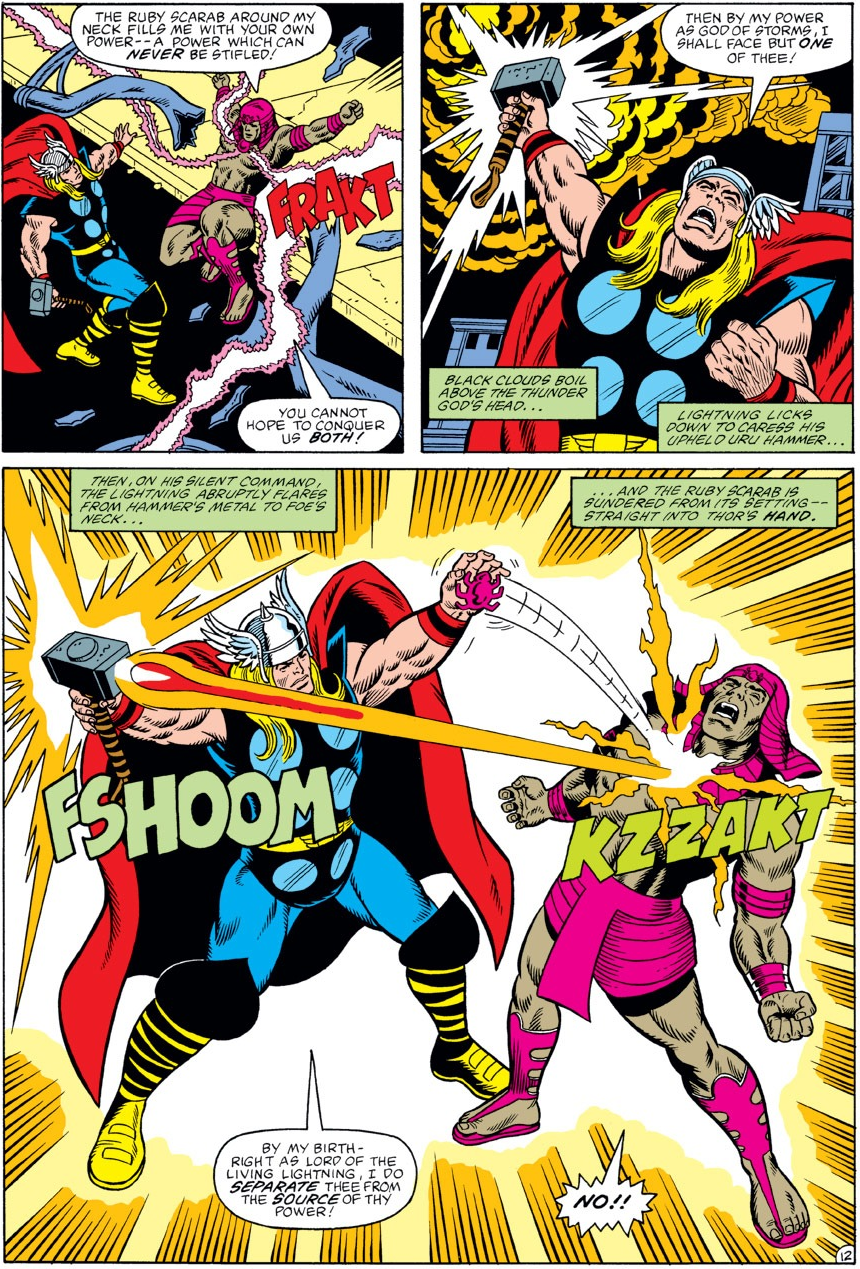 Speaking to the decision in the Moon Knight-focused episode of the behind-the-scenes series Marvel Studios: Assembled, Diab explained, “The show didn’t start with the Scarlet Scarab, but seeing May and developing her as an Egyptian character, step-by-step, the idea like, came up: ‘Let’s make her into a superhero.’”

“Right now, Marvel is the world to a lot of people. Kids, teens. To be part of that world, it means that you exist,” he asserted. “Representation, really I know this word now has been thrown right and left, but having someone like this on screen, defending good, that’s the kind of story that brings people together.” 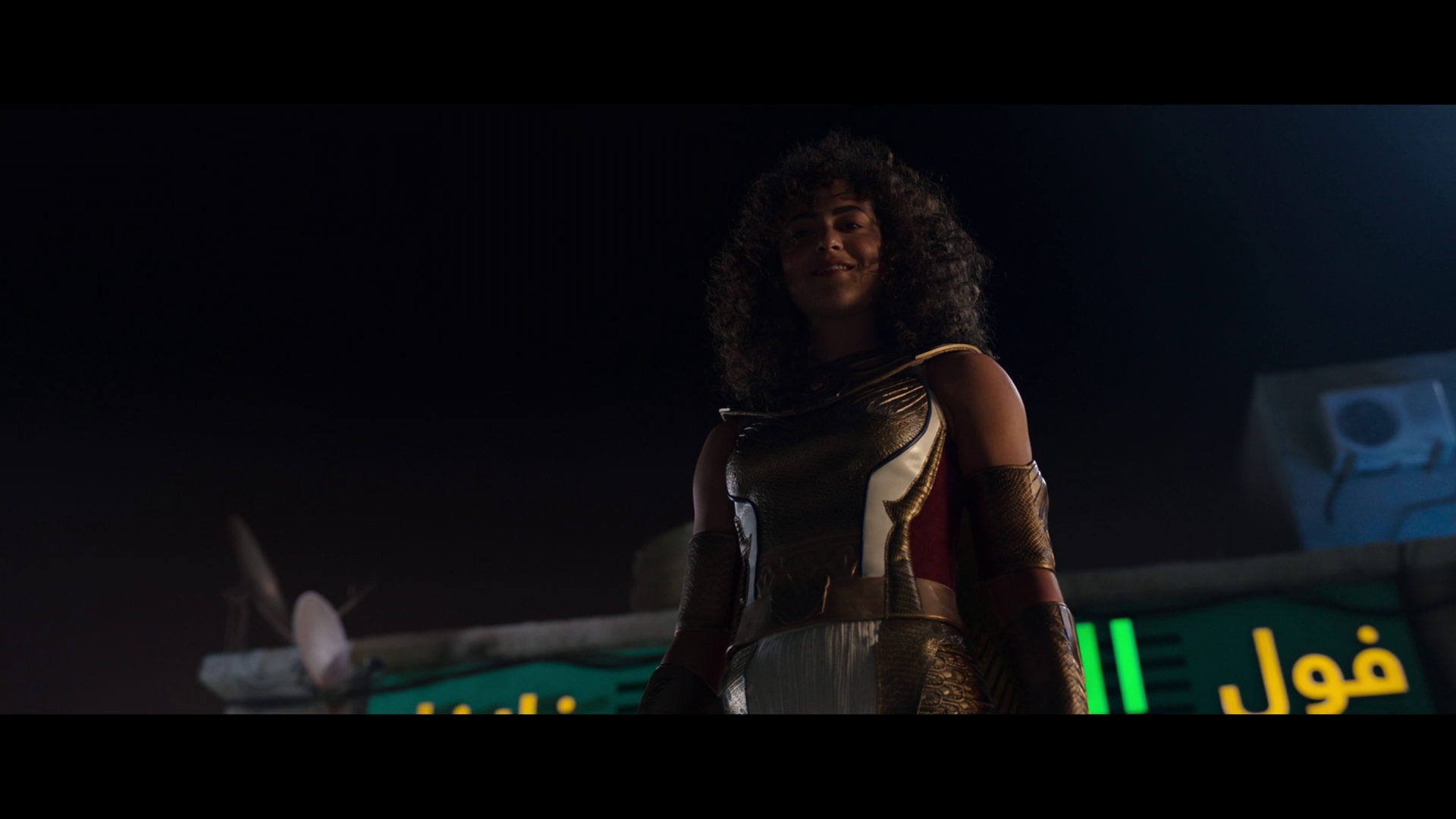 “We zeroed in on an Egyptian superhero in the Marvel universe named the Scarlet Scarab,” added Marvel Studios producer Grant Curtis. “Traditionally it’s a male character who goes and reappropriates Egyptian artifacts from people who have stolen or gotten them by ill means and returns them to the rightful owners, and we thought, ’Man, the way our narrative is teeing up, that lines up with exactly what we needed for our show.’” 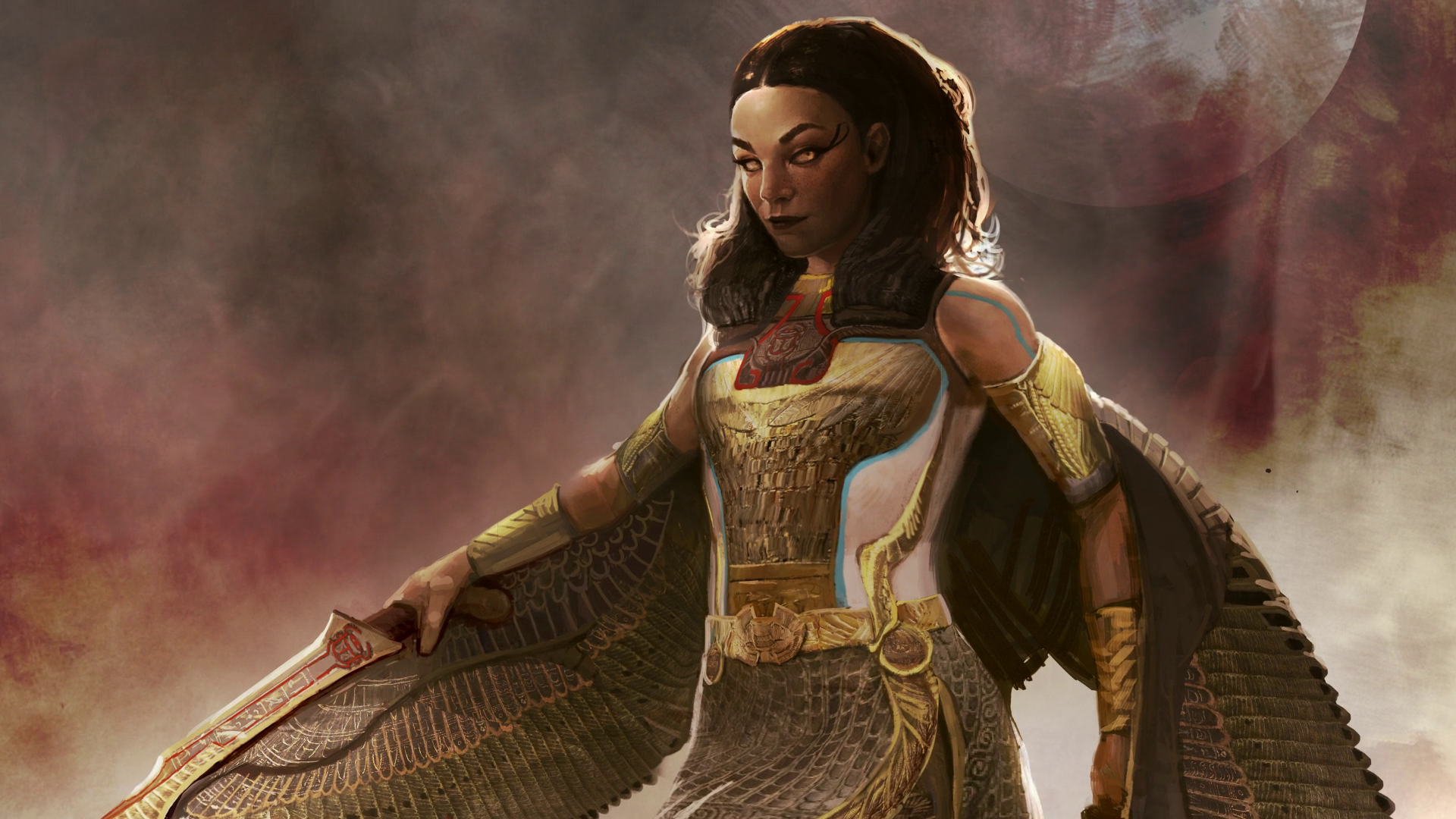 Offering insight into her own outlook on her character’s new identity, Calamay opined, “When I’ve seen Arabs on films, like, it’s given me so much permission and faith that I also have a space and a place to do that. And I want women there to want to express themselves through art and to share their story and to, like, get out there more.

“And if I can share that or help one person feel that way, then I feel like my job is done,” she said. 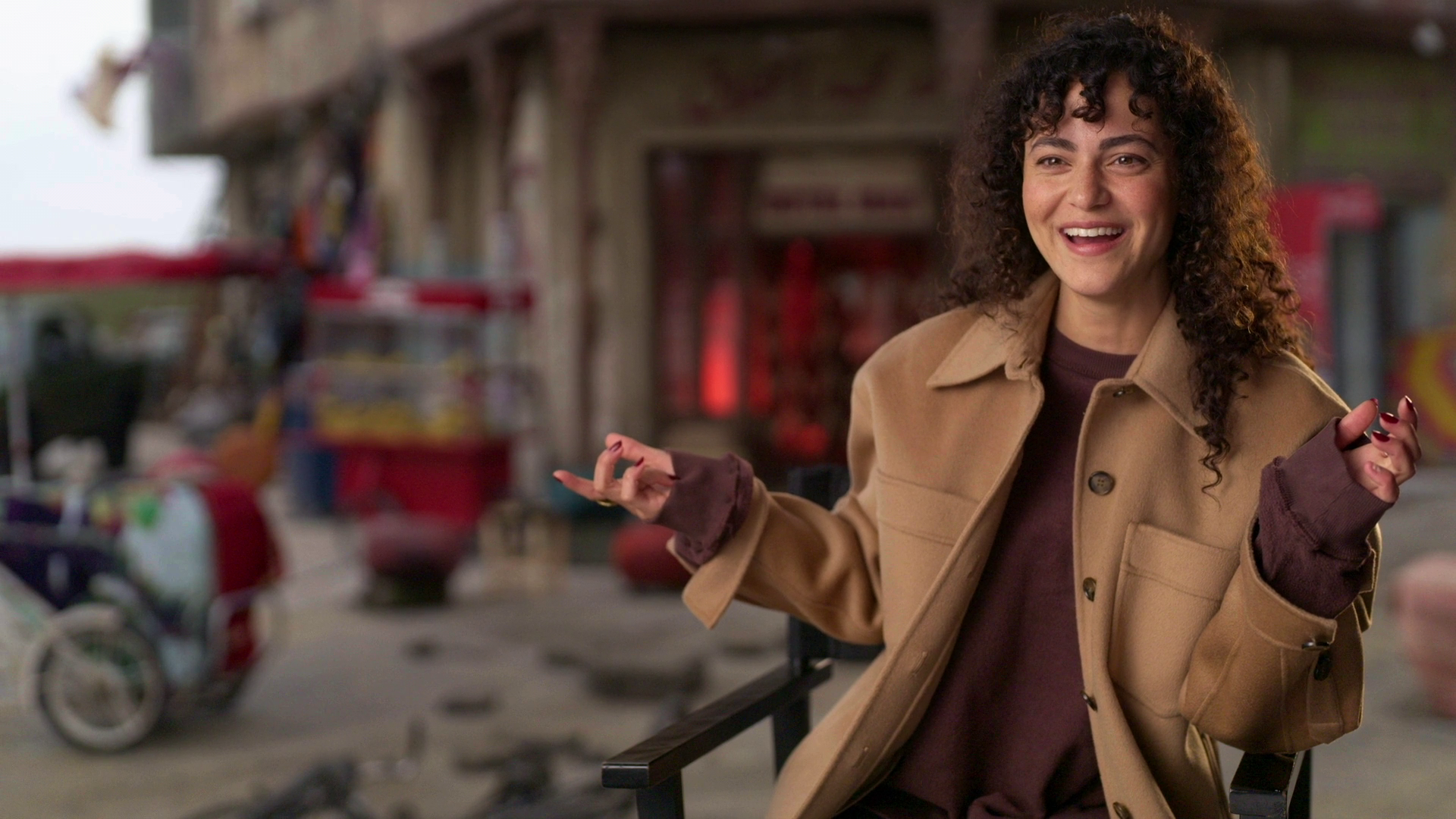 What do you make of the Moon Knight production team’s decision to gender swap Scarlet Scarab? Let us know your thoughts on social media or in the comments down below!