WWE Superstar wrestler Nikkita Lyons has made a huge impact in the niche world of pro wrestling over the last few months.

Since coming on the scene, the 22-year-old has become a major highlight on WWE’s Tuesday Night wrestling show “NXT 2.0” and many have her slotted to be a future star in the company given her athleticism and beauty.

However, after a recent social media post on Memorial Day, members of Twitter are now smearing the pro wrestling star as “a right-wing nut” due to her choice of music. 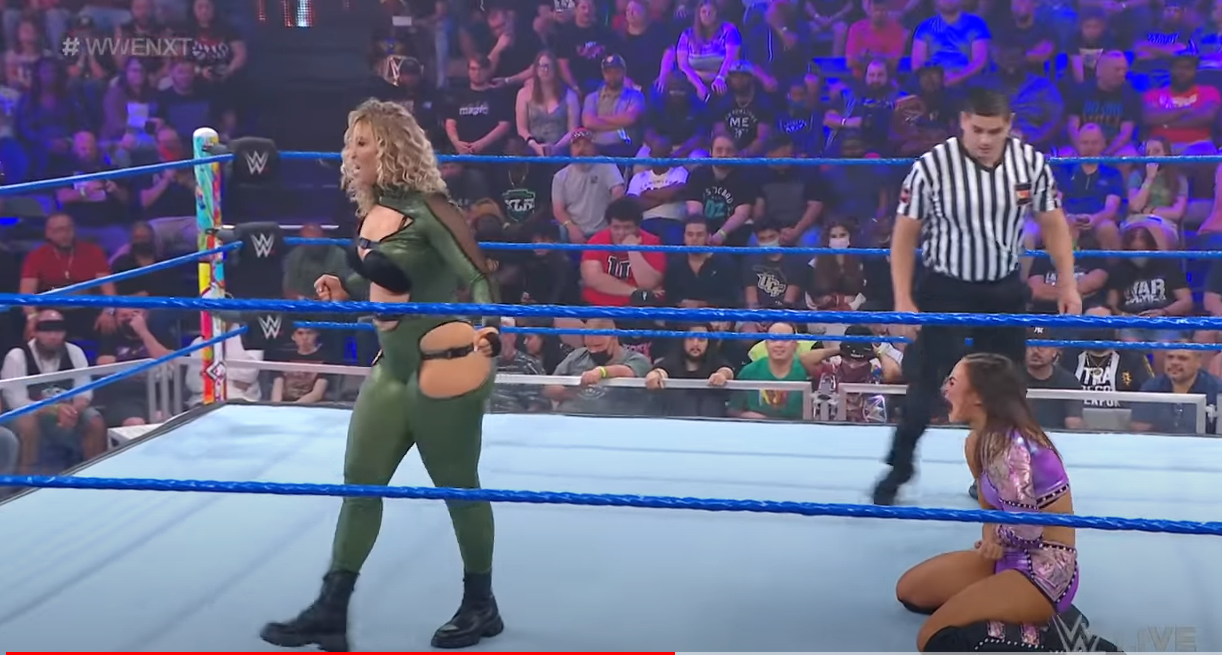 On Memorial Day, Nikkita Lyons posted a short video of herself training with nunchucks. She captioned the video writing, “Land of the free because of the brave #MemorialDay”.

In the video, Lyons also featured the song “The Patriot” by Topher and The Marine Rapper.

Topher is a conservative rapper and former Air Force Veteran, who is popular among conservative and libertarian circles for his pro-American music and condemnation of progressive policies. The Marine Rapper is a popular Marine Corps veteran who is also an advocate of military veterans across the country.

The song “The Patriot” was released on January 6th but was then banned by major streaming outlets a few weeks later as progressives linked the song to the January 6th storming of the United States Capital.

Because Lyons used the song in her Instagram clip, members of Black Twitter have now attacked the wrestler for supporting Donald Trump and other right wing personalities. ‘Black Twitter’ is a social media constituency of Twitter users in the black community who often promote black nationalism and target users based on race, mostly whites and Asians.

Some of the messages toward Lyons attack her as a racist and pandering to black men in the community. One user wrote, “Didn’t folks say a while back that the Nikkita Lyons jawn was on her MAGA s***? Why is it news again? I remember goofy shameless n****** finding out months ago and being on that ‘I can fix her’ wave Disgusting lol.” 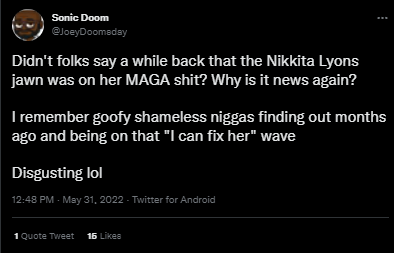 Another user wrote, “All that hard work to get that ass phat that had negroes drollin all over you… down the drain.  F*** was she thinkin?.. #NikkitaLyons #KKKakes #DonnaRump #wwe #NXT” 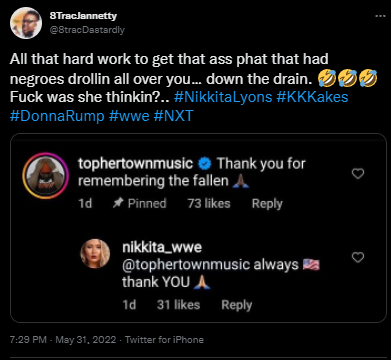 “Yall be thirsting over butterface MAGA yte women just cuz they got a lil shape to em. I want better for u n******,” another user said. 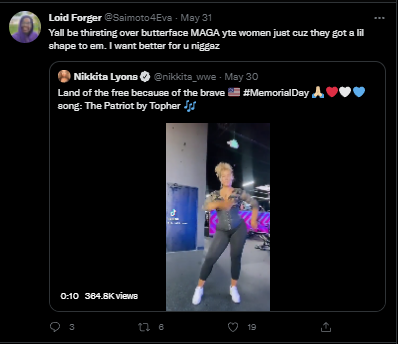 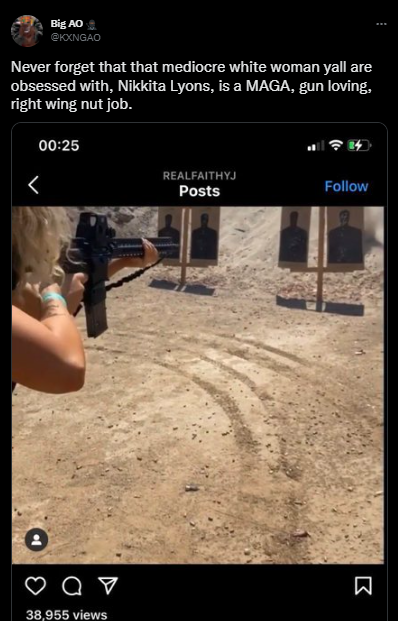 When Topher discovered the abuse that Lyons was receiving from Black Twitter, the rapper defend the wrestling star in a series of Tweets.

“If y’all expect my girl Nikkita Lyons be pressed by y’all unwarranted hate then you don’t recognize a true Patriot,” he said on Twitter.

If y'all expect my girl @nikkita_wwe to be pressed by y'all unwarranted hate then you don't recognize a true Patriot 🇺🇸 https://t.co/9ICkXtwEKS

Topher followed up his support by blasting Black Twitter’s attacks on his music.

He wrote, “Black beta males mad that one of their idols rock with my music and they are throwing a tantrum right now”

“Black Twitter is the online version of the Ku Klux Klan. The enforcement arm of the racist Democratic party political strategy that silences truth, descent, and biblical values with Twitter lynch mobs. There’s no difference between the old White KKK and the new Black KKK. Both groups worked on behalf of the Democratic party. They terrorize Black and White people who did not support the agenda of the Democratic Party,” Whitlock said.

What are you thoughts of rising WWE star Nikkita Lyons being smeared by Black Twitter as “MAGA” for supporting conservative black artists?

NEXT: AEW Wrestler CM Punk Claims Murdering Children In The Womb Is A Human Right