After 24 years and a number of roles with the publisher, notorious Spider-Man: One More Day architect and now-former chief creative officer Joe Quesada has officially announced that his time with Marvel has come to an end. 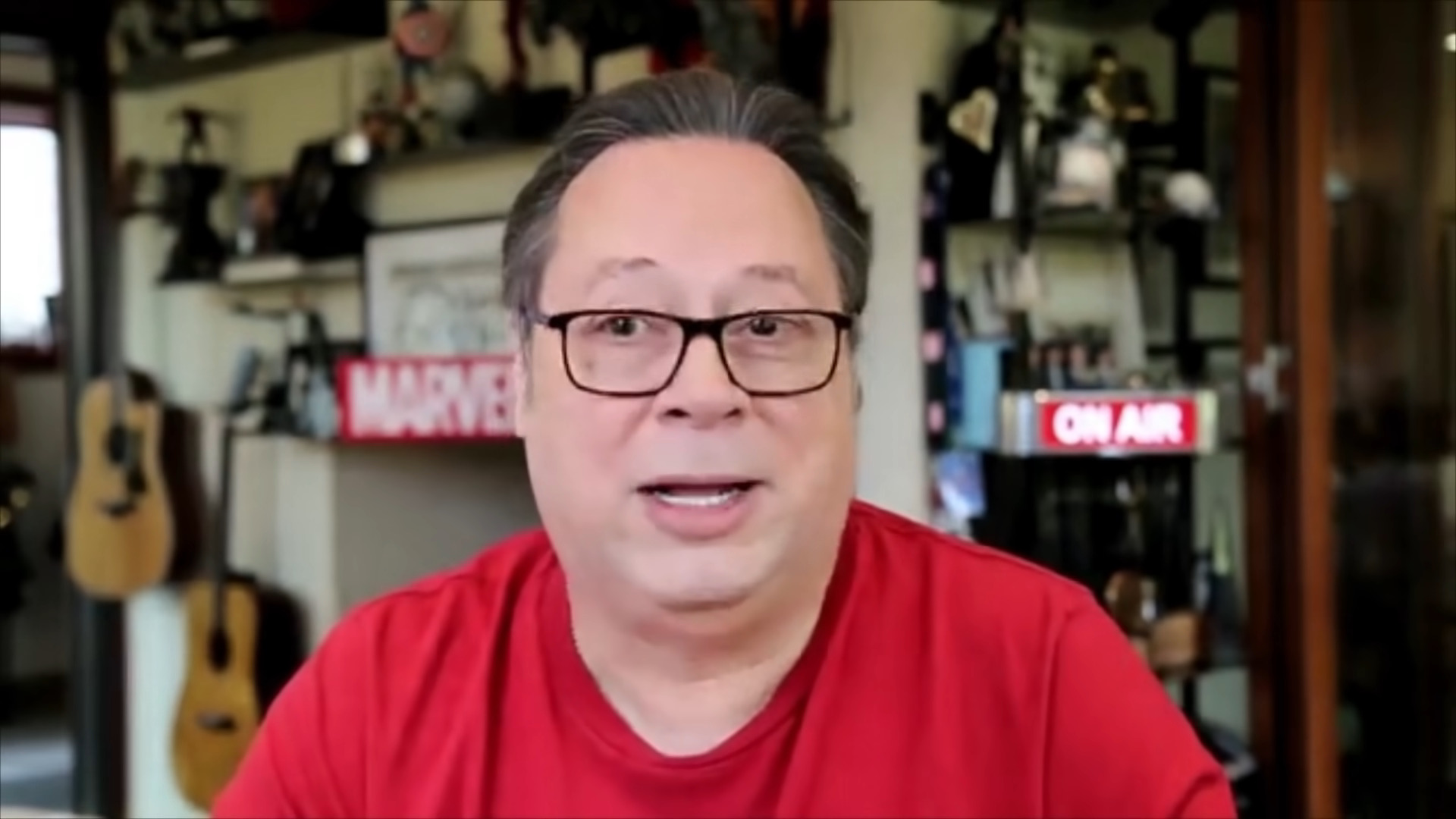 Quesada revealed his then-upcoming exit from Marvel on May 31st, publishing a lengthy statement to his Twitter and Facebook accounts asking, “Hey there, True Believer! Got a sec? I have something I’d like to share with you.”

“When I first jumped into the world of comics, my goal was to create my own characters, stories, and universes,” he opened. “Then, one day Marvel made me an offer that changed the trajectory of my life.” 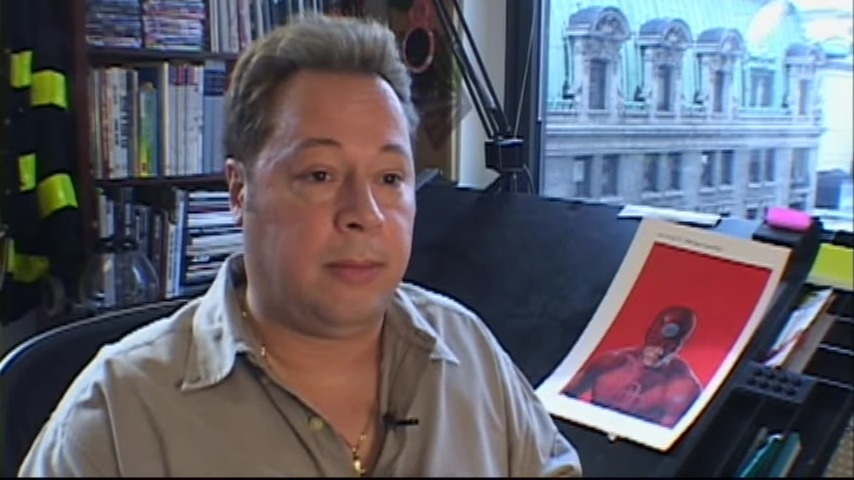 Quesada continued, “But lately, I’ve found myself thinking more and more of my favorite stanza from T.S. Eliot’s Little Gidding, ‘We shall not cease from exploration / And the end of all our exploring / Will be to arrive where we started / And know the place for the first time.’”

“That’s why it’s both exciting and bittersweet that after discussions with both my family and my family at Marvel, after two plus decades (has it really been that long?), the time has come for me to move on,” he then announced. “As you can imagine, my love for the company, its characters, and all my coworkers runs deep, but I have an exciting new chapter that’s about to begin, so the time feels right.” 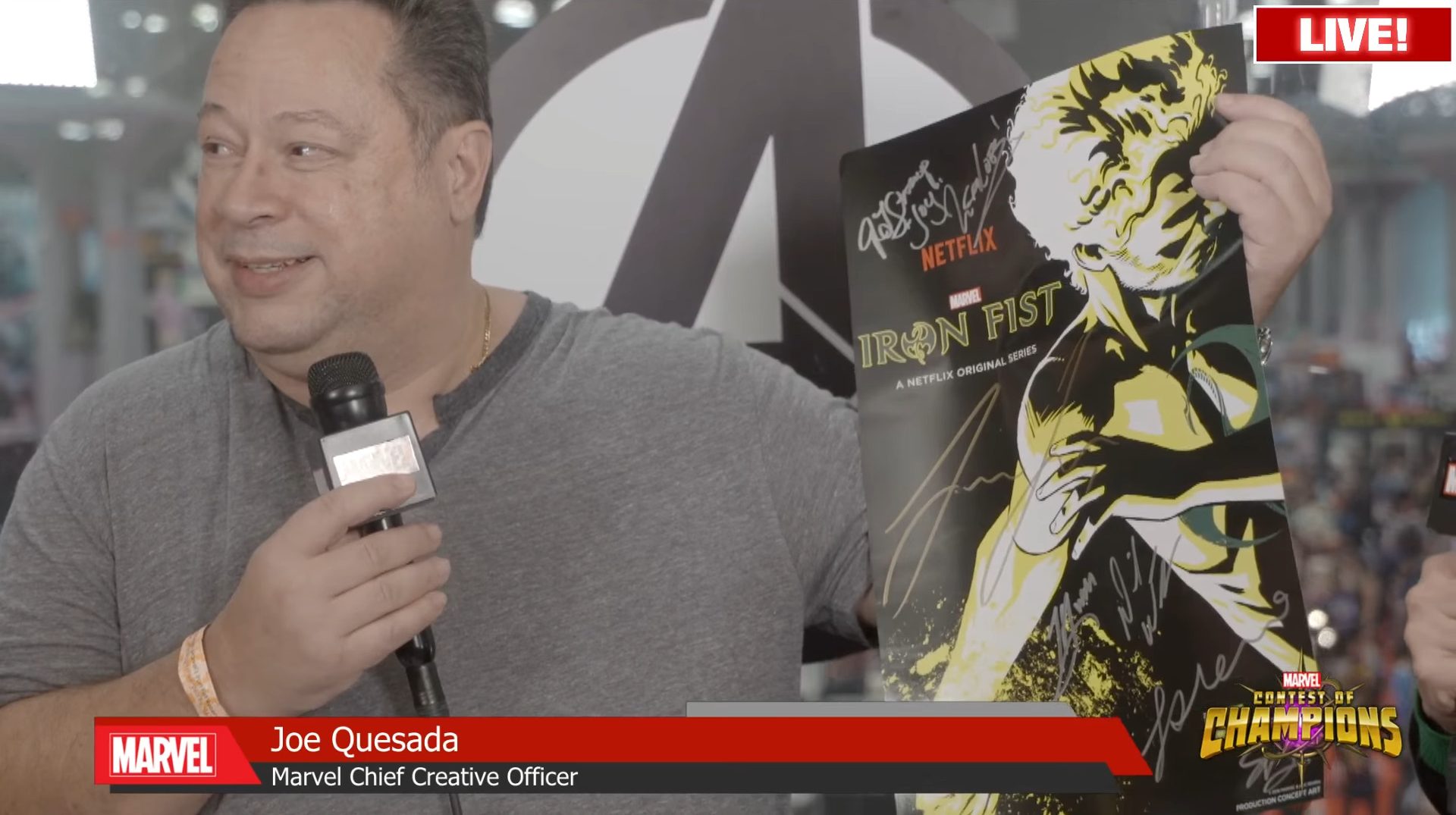 Reflecting upon his time with the publisher, Quesada recalled,” In August of 2000, Marvel took a shot on me, entrusted me with the keys to the Universe, and has been my biggest supporter ever since.”

“During that time, I’ve had the great fortune to stand on the shoulders of giants, none broader than those of my predecessors and mentors, the best editorial team in the business, my coworking family, and the most talented creators on earth who put their trust in me, especially in the early days when it looked like I was selling tickets on the Titanic,” he added. “Thank you ALL for sharing your talents and pouring your heart and soul into every project. It’s been an honor working with you, and I hope we get to do it all again.” 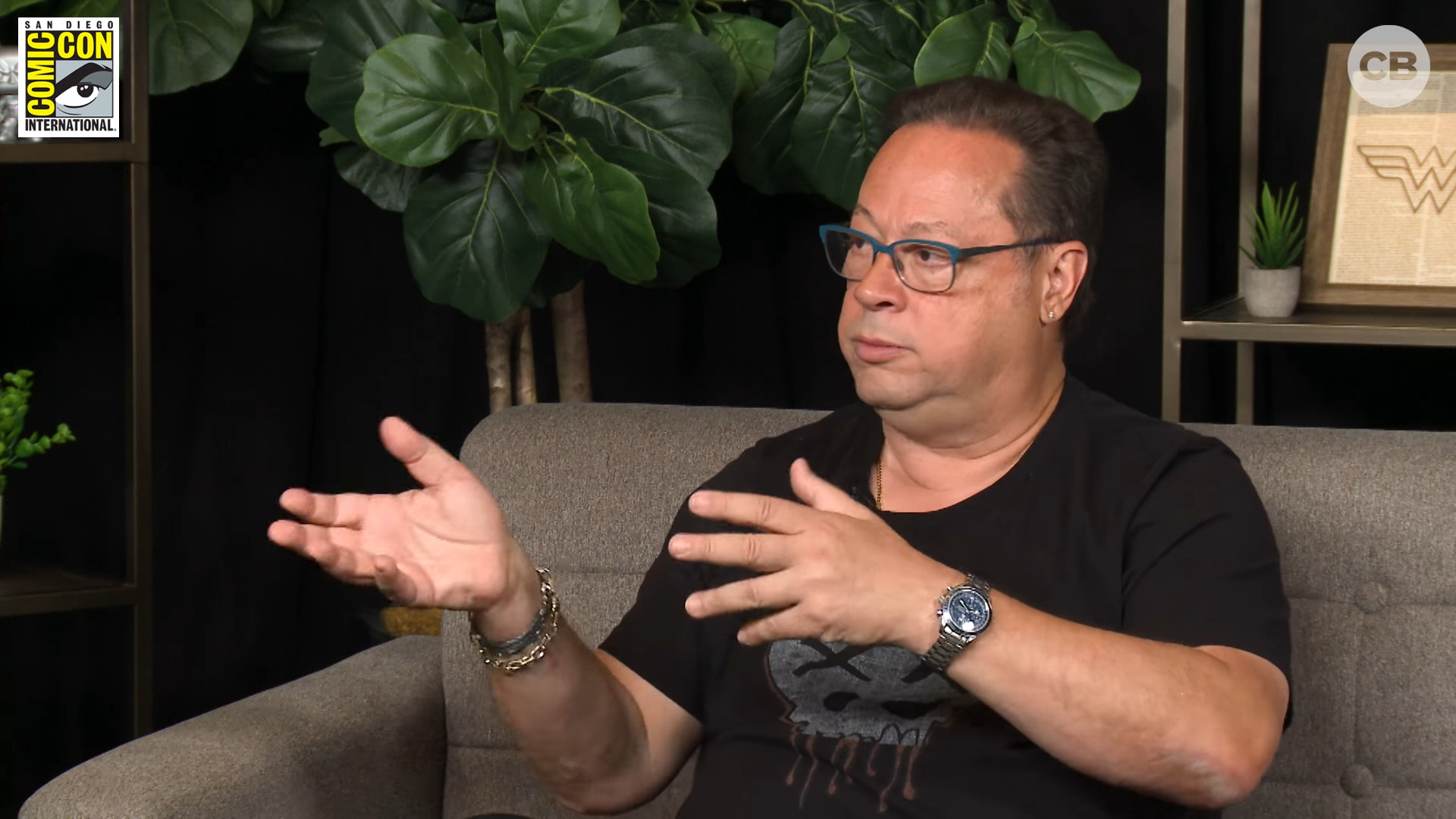 However, despite this exit, Quesada clarified, “Now, this doesn’t mean you’re getting rid of me that easily.”

“I won’t ever be too far away, cheering my Marvel family on and contributing from time to time, including something I’m thrilled about for later this year,” he explained. “I also have several insanely cool projects of my own that you’ll be hearing about in the coming months, including a short indie film I’m writing and directing. Stay tuned!”

“It’s been one hell of a ride, and I’m proud to have been a part of Marvel’s rags to riches story and satisfied that I accomplished the job I was hired to do twenty-two years ago (seriously, where did the time go?)” Quesada said. “But none of this happens without one very important person. YOU!” 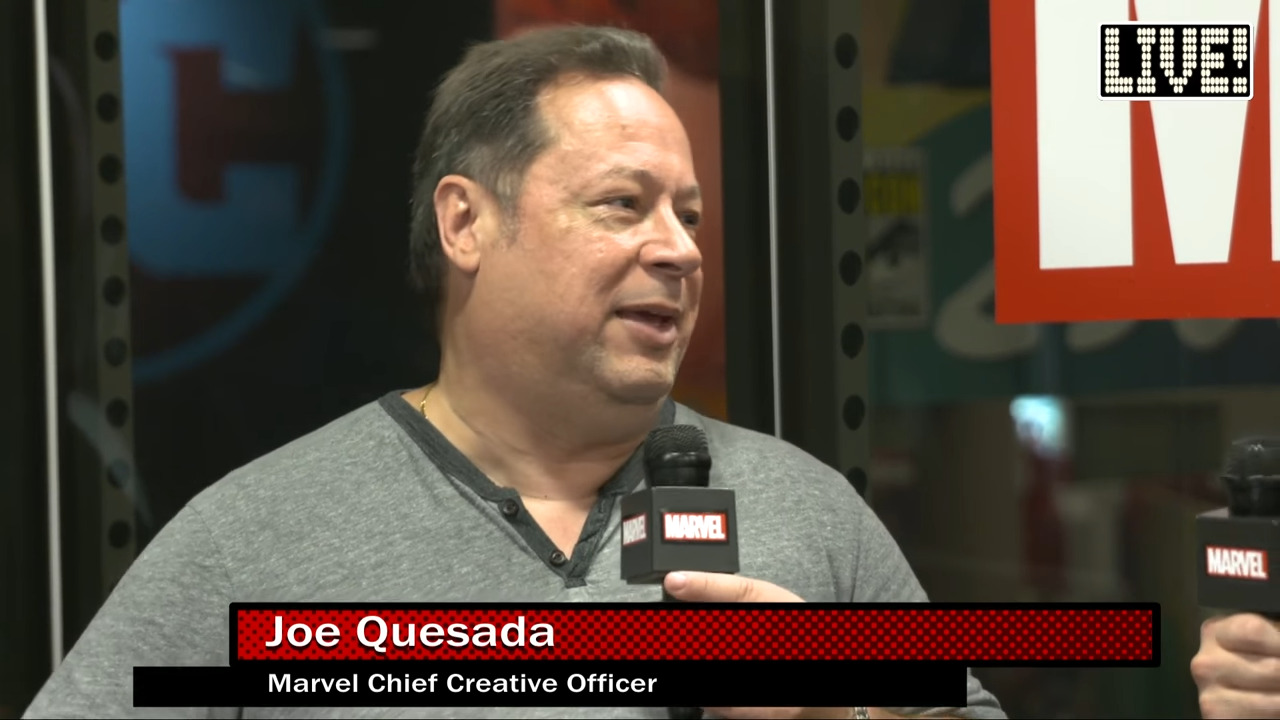 Source: Joe Quesada on How to Succeed as an Artist on Marvel LIVE! at San Diego Comic-Con 2016, Marvel Entertainment YouTube

“My family and I want to thank you from the bottom of our hearts,” he asserted as he drew his thoughts to a close. “Without your love and support, we wouldn’t have been able to go on this crazy adventure, and I hope you join us on our next one.”

“I promise you it’s going to be AMAZING!” he concluded. “See ya in the funnybooks!”

Beginning his career in comics in 1991 as a colorist for the original incarnation of Valiant Comics, Quesada soon found work with DC providing pencils for the eight issues of their TSR-licensed Spelljammer series.

This gig would eventually land him further work with the publisher, during which time he would most notably co-create Batman character Azrael alongside famed DC author Dennis O’Neil. 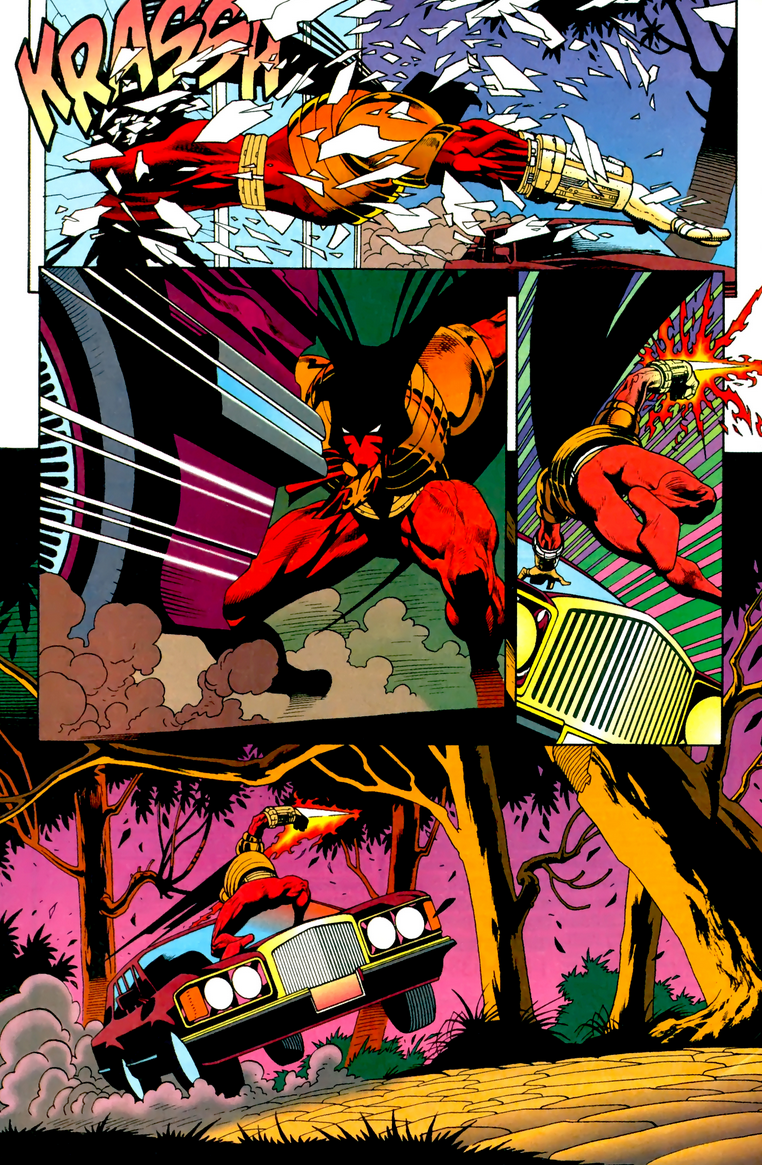 In 1994, Quesada would partner with Laurie Bradach and fellow comic book creator Jimmy Palmiotti to found Event Comics, an independent imprint whose most notable original creation was the character of Painkiller Jane.

Following four years of ongoing success, Event Comics was eventually hired by Marvel to lead an effort to revive some of the latter publisher’s lesser-known characters.

Handing Quesada and Palmiotti control over Black Panther, Daredevil, The Punisher, and The Inhumans, the two oversaw the overall direction and creative team assembly of what would eventually come to be known as the Marvel Knights imprint. 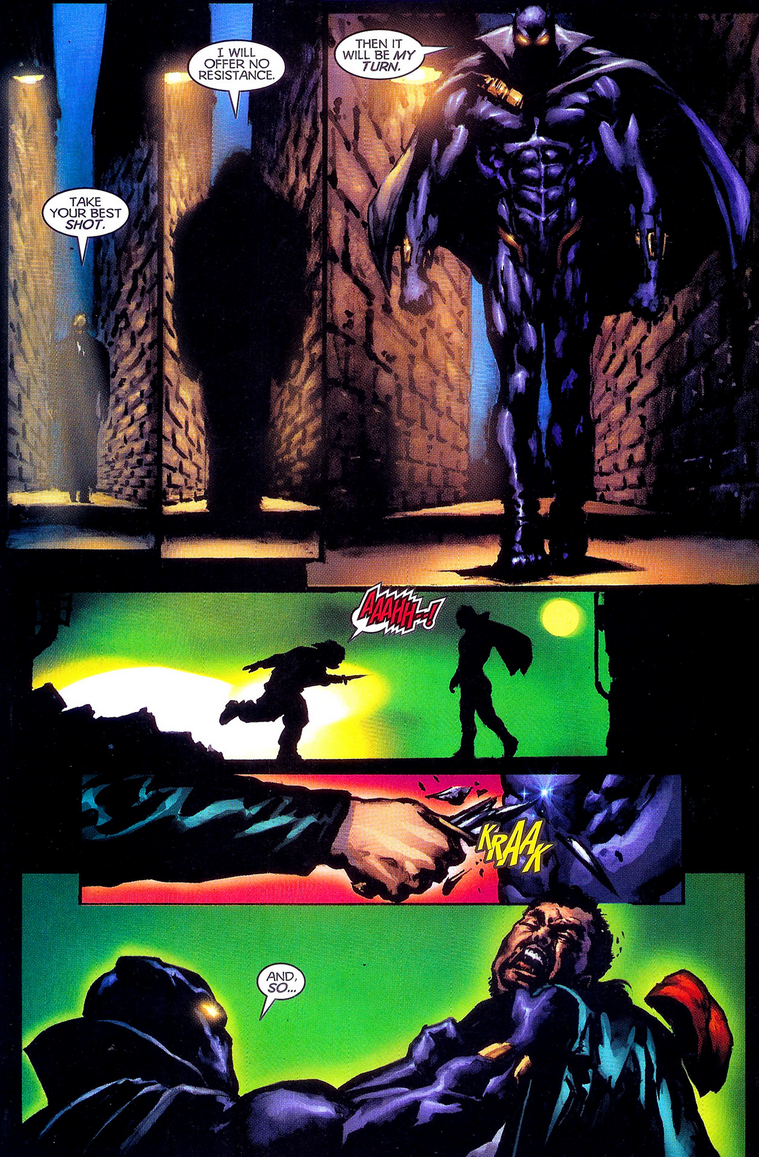 Amidst the resulting period of turmoil and staff shake-ups, in 2000, Bill Jemas abruptly found himself in the position of Marvel head.

Seeking to restore the publisher to its former glory, near immediately after being promoted to the position, Jemas fired then-editor-in-chief Bob Harras and replaced him with Quesada, taking a gamble that the creator’s previous successes in reviving the profiles of the various Marvel Knights characters could be replicated across Marvel’s entire library.

Thankfully for Jemas, Quesada did just that, later that year establishing the highly-lauded Ultimate Marvel Imprint with the release of the first issue of Ultimate Spider-Man. 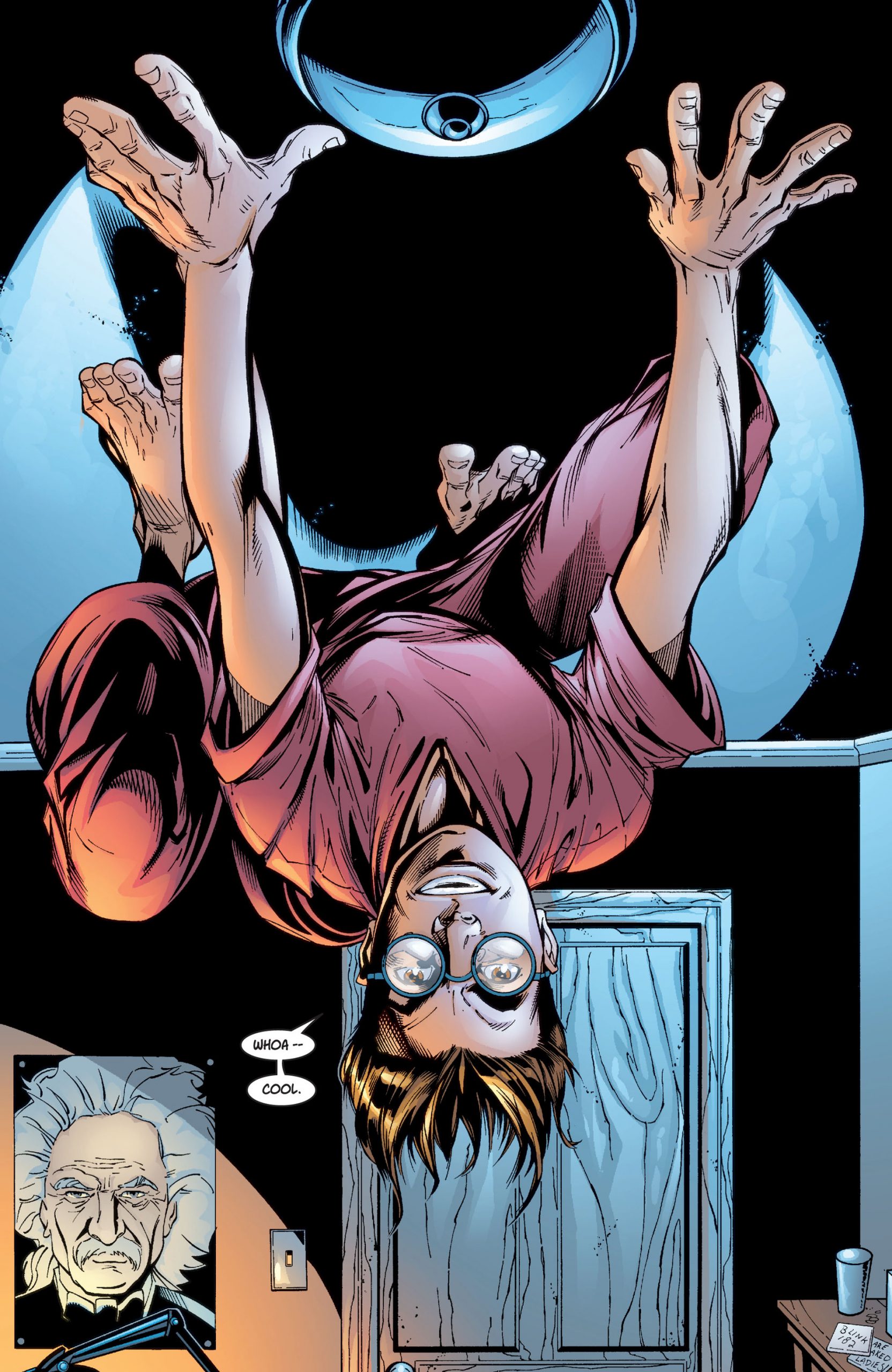 He would also simultaneously establish Max Comics, the Comics Code Authority-breaking and Stan Lee-criticized Marvel imprint which produced such titles as Alias, Fury, and Punisher MAX.

However, most of his subsequent editorial decisions would not be as well-received.

These would include such moves as unveiling the mystery behind Wolverine’s history in order to establish his concrete origin as a boy raised in the 1900s frontier by an abusive father, as seen in the widely-panned Origins miniseries: 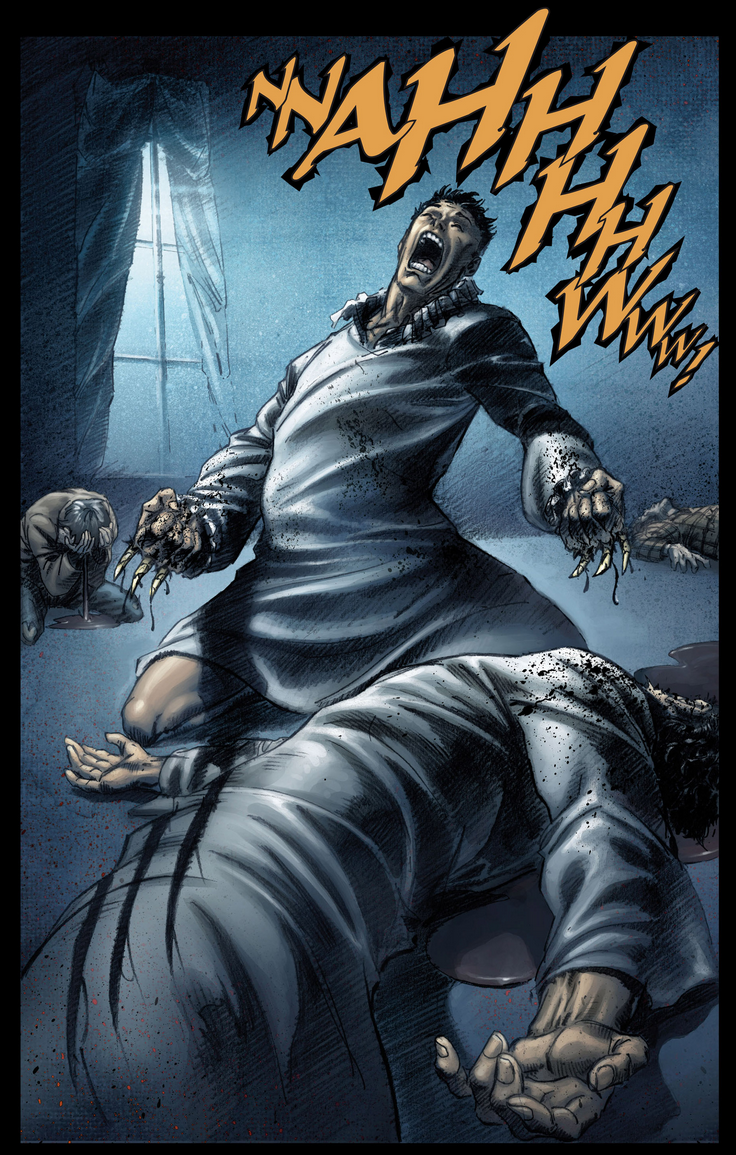 Revealing in his self-written Daredevil: Father title that the old-man saved by Daredevil in his origin story was a serial and incestual child molester: 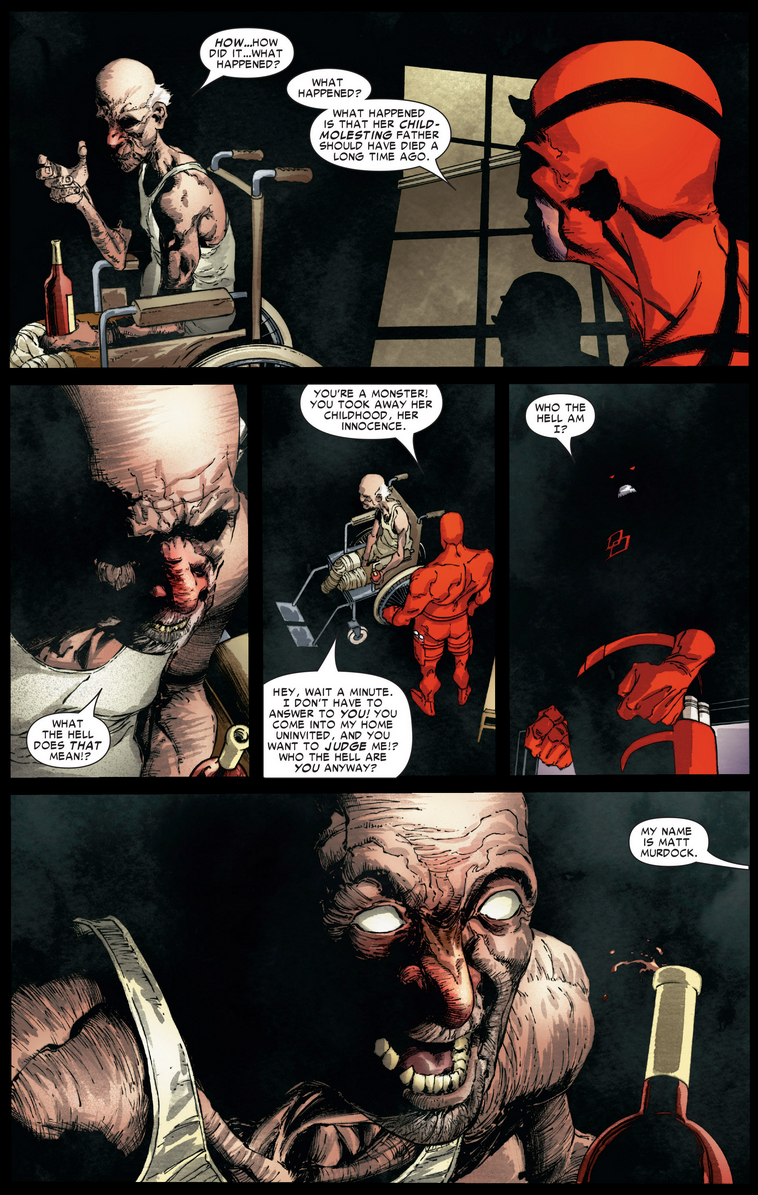 And destroying the 20-year marriage of Spider-Man and Mary Jane out of a cheap attempt for drama with the aforementioned One More Day storyline.

“I remember editors and editors in chief lamenting that a married Spider-Man was not where we want to be,” Quesada explained his editorial decision to ABC News in 2007. “A married Peter Parker makes for a less interesting soap opera than a single Peter Parker going about his nerdy kind of life.” 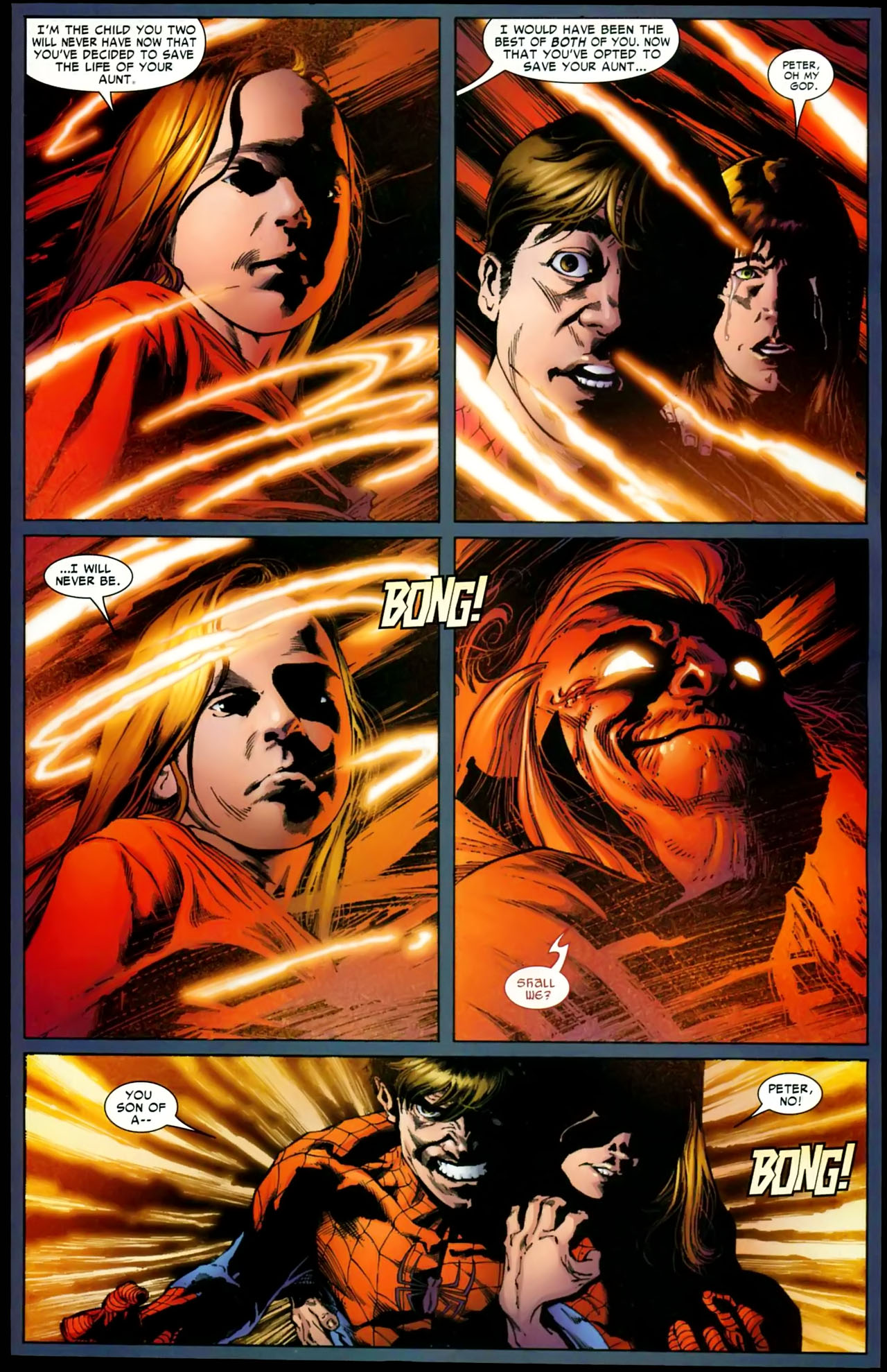 In 2010, Quesada was promoted to Marvel Chief Creative Officer, a role whose demands would ultimately lead to him stepping down as Marvel Comics EIC in 2011 and which he would serve in until his recent departure.

What do you make of Quesada’s departure from Marvel Comics? Let us know your thoughts on social media or in the comments down below!