The Infinity Stones played a huge role for much of the Marvel Cinematic Universe. Of course, they all came together climatically in Infinity War. But individually, they all had big moments in all of the movies that were spectacles of power and foreshadowing of what was to come. Even from the very beginning, it was difficult to understand how things like Loki’s scepter and the Cosmic Cube would play into the saga.

Some interactions with the stones were small moments; barely noticeable if the viewer isn’t paying attention. Others were huge scenes that change the entire course of the film. However, it doesn’t matter if the events were big or small, they should still be recognized. Here are ten of our favorites. 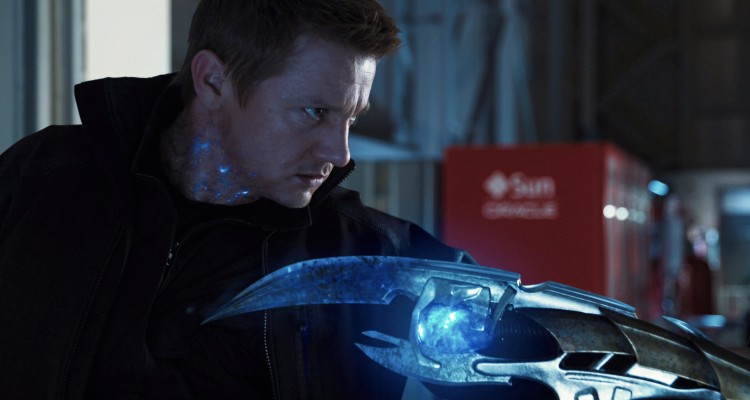 Fans only got a brief glimpse of Clint Barton in Thor. They would have to wait until the first Avengers film to properly see Hawkeye in action, except for one pretty big catch – he would be a bad guy for half of the film. This wasn’t really his fault, though. Loki had a scepter capable of controlling minds, courtesy of the Mind Stone.

The scepter would come into play a lot in future movies, but at this point, Loki used it to phenomenal effect in controlling this great Avenger. Almost single-handedly, the mind-controlled Clint infiltrated the Helicarrier and gave the Avengers the business. His skills should be noted. 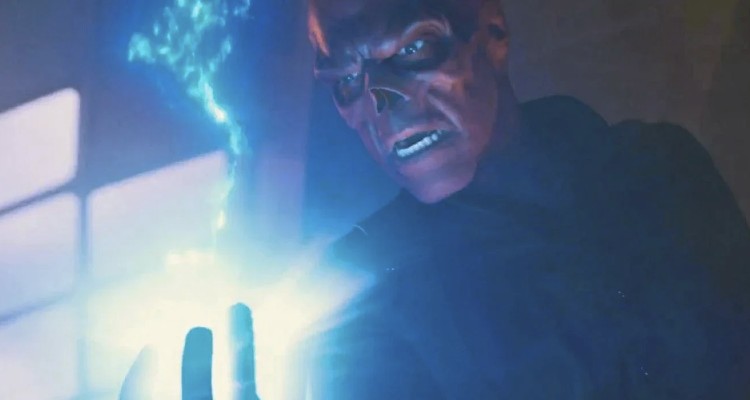 It’s unclear exactly how the Red Skull became the guardian of the Soul Stone, but it was a pretty gnarly sequence of events. It’s left ambiguous as to whether there was a guardian before the Skull, and fans can only speculate as to how and why all this happened. What is clear is that the Cosmic Cube, also known as the Space Stone, sent Red Skull to some unknown place.

This development was a mystery in the MCU for years, until it was revealed the Space Stone actually sent the Skull to Vormir, morphing him into some sort of spectral ghost in the process. Did the Space Stone know a guardian was needed? It’s an interesting question fans should definitely consider. 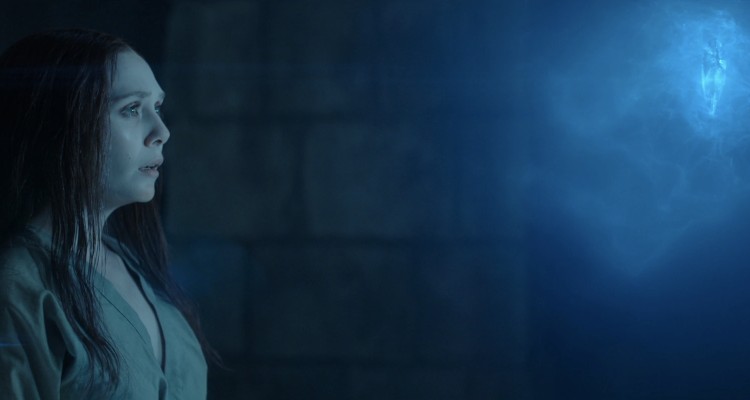 This might be an underrated moment in the MCU, but it’s extremely important. It was revealed that Wanda always had magical powers, but it wasn’t until her interaction with Loki’s scepter that her true potential as the Scarlet Witch was unlocked. It was a moment made even more impressive when taken into account that every other person who interacted with the scepter died.

But, this moment was even more powerful because Wanda connected with the stone on a personal level. It would eventually become the very thing that gave birth to Vision, and Wanda would indirectly connect with the stone again to fall in love with him. This brief moment shouldn’t be overlooked. 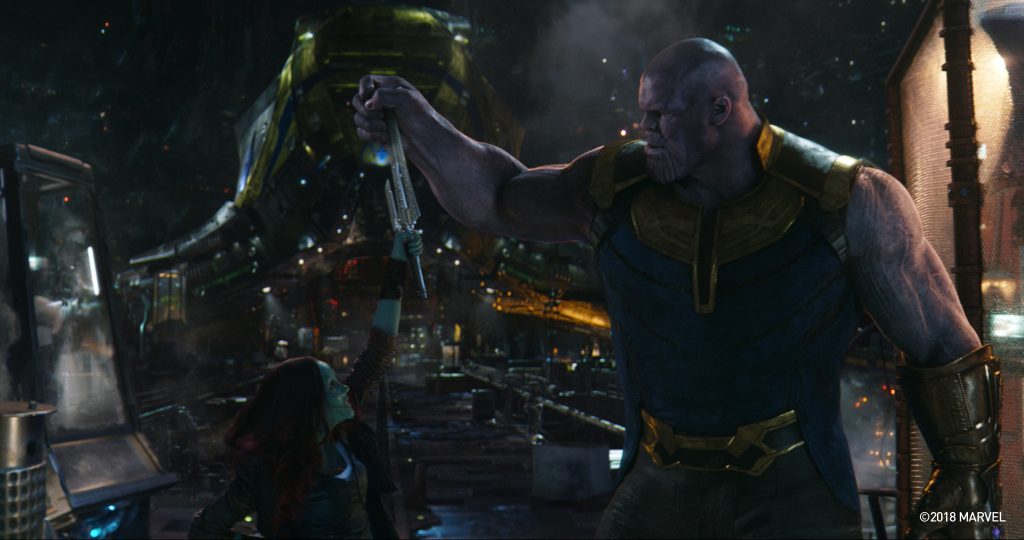 Fans can debate all they want about which Infinity Stone is the strongest, but there’s no denying that the Reality Stone is pretty amazing. It’s fairly simple for filmmakers to do the same thing with a green screen, but the idea that a single stone can alter all of reality is scary. Yeah, it was still hilarious to see Thanos use it to troll the Guardians into thinking they won.

Even worse though, was how quickly he dispatched the Guardians after the fact. This was a moment lifted straight from the comics, and it was pretty scary to see Mantis and Drax fall so easily. Luckily, they were able to reconstitute after Thanos had left, but still, altering reality should not be taken lightly.

One of the most painful deaths in the MCU is also a highlight for the Power Stone. In excellent teamwork fashion, the Guardians worked together to completely obliterate Ronan with it. To add insult to injury, it was the very thing Ronan had been searching for the entire movie. Maybe he shouldn’t have been so greedy.

Besides killing Ronan, this moment was also important, as it solidified the Guardians as a team. Before this, they were just a ragtag group thrown together by circumstances, but now they were a family, and would stick together to the end. Nothing unifies quite like obliterating an ultra powerful being, right? 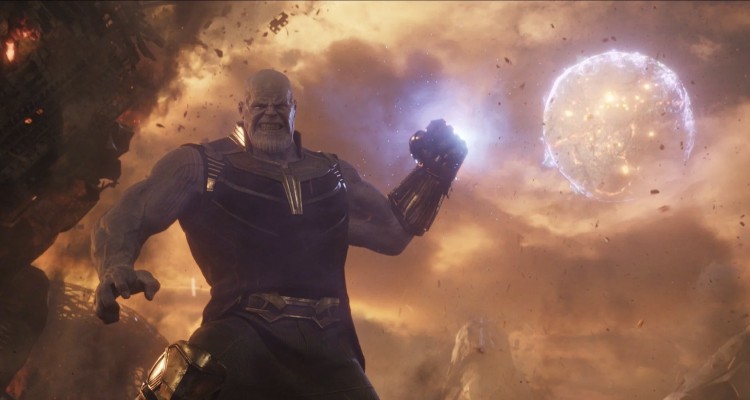 This whole fight was great, and Thanos used all the Stones in his possession to great effect, but perhaps none was better than when he literally seized an entire moon and threw it at Tony Stark. The power required for such a feat is incredible, and Iron Man did a decent enough job evading it, so much so that he had to drop a line about it directly to the Mad Titan himself.

Thanos had multiple stones at the time, but it’s reasonable to assume that the Power Stone was the one lit up on his gauntlet. Still, to throw a moon would require a ridiculous amount of energy. Fans should speculate as to whether the other stones in Thanos’ possession might have boosted the stone’s power. 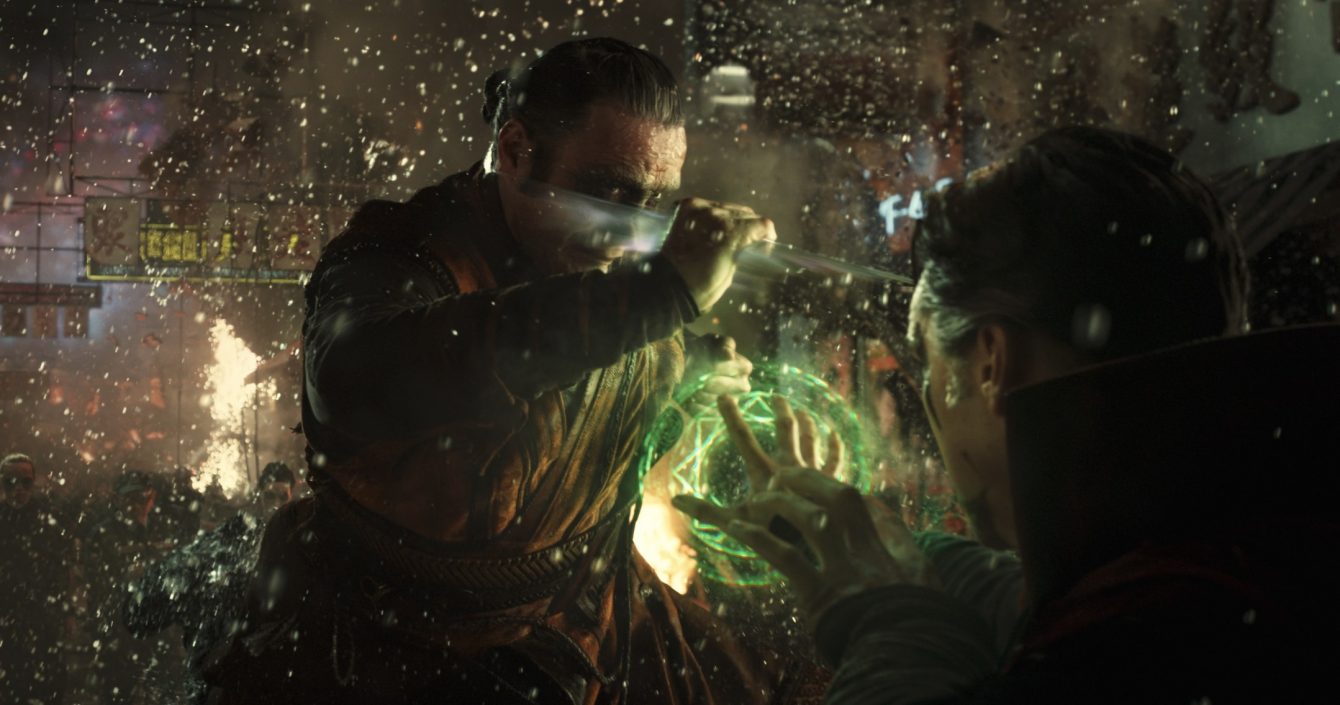 The Stones have been used to create some pretty unforgettable moments, but there is probably no sequence a single stone was used for that was more impressive than Doctor Strange’s last ditch effort to save the Hong Kong Sanctum. Using the Time Stone led to a whole fight scene that happened while the world was moving backwards through time – an amazing moment on multiple levels.

Ultimately, it was too little, too late, and Strange had to come up with another plan, but the skill required to pull off such a spell should not be discounted. The other sorcerers were impressed when Strange was able to play around with an apple. Reversing the destruction of an entire city would show them just how powerful the ex-surgeon could be. 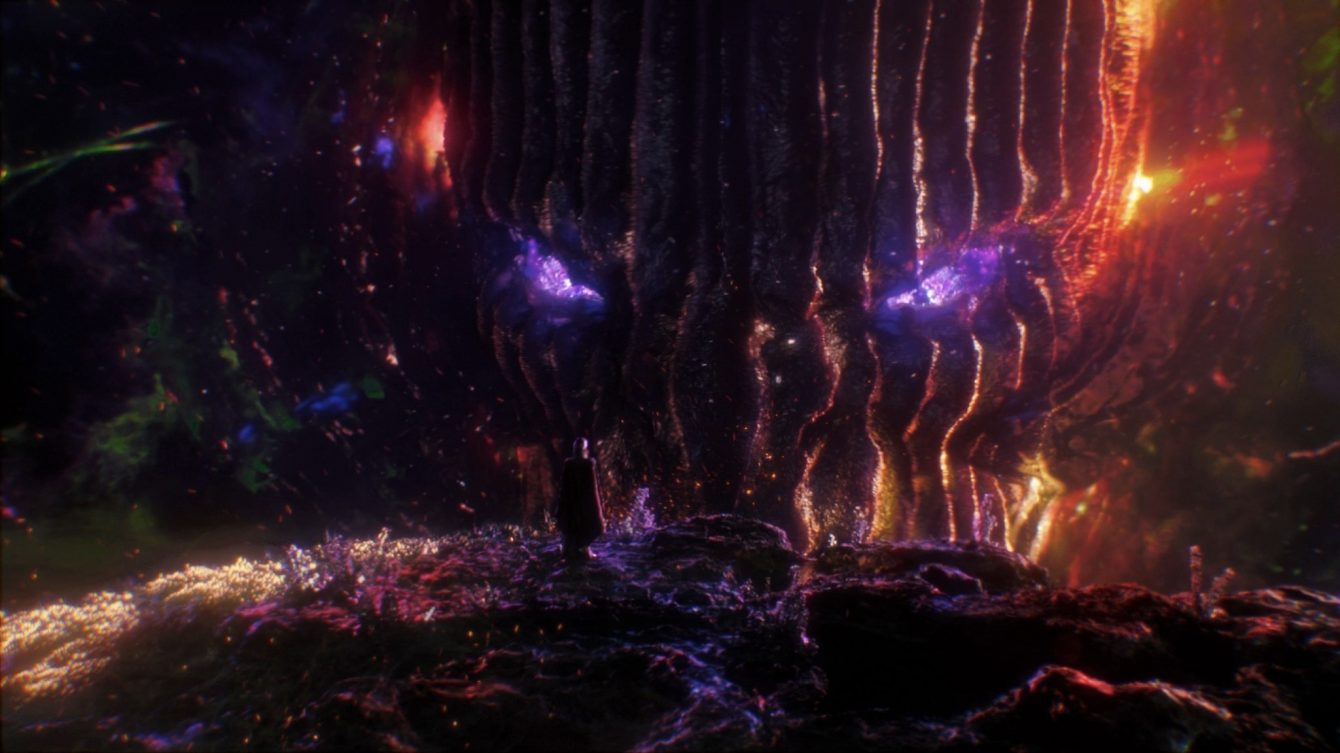 Another amazing stone moment also came courtesy of Doctor Strange, at the end of the first film. There was no way Strange could beat Dormammu in a straight up fight, but in a maneuver similar to something he might do in the comics, he tricked the powerful God into killing him over and over again. It was a ballsy move, and one that was only made possible because of the Time Stone.

Interestingly, this moment also showed another side of the Time Stone’s power. Before, we only got to see the stone reverse time, but this spell created an actual loop that locked its user into a single moment. Even crazier is the fact that the spell continued to work even after its caster died many…many times. 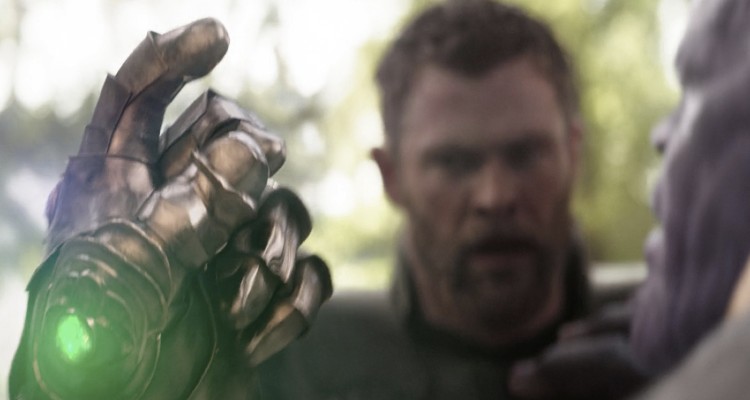 This might be cheating because it involves all the Stones at once, but we’ll isolate it to a single stone in particular. It’s arguable that the Soul Stone is the most important one in the Infinity Gauntlet, and this is backed up by the fact that Thanos visits his dead daughter after he used it.

The snap was a culmination of ten years, and many films in the MCU. Therefore, seeing the stones united was definitely a moment that deserves a spot on the list. Of course, this wasn’t the only snap. The Hulk and Iron Man each had one of their own, but this defining moment created the “blip” that would forever alter the MCU for years to come. 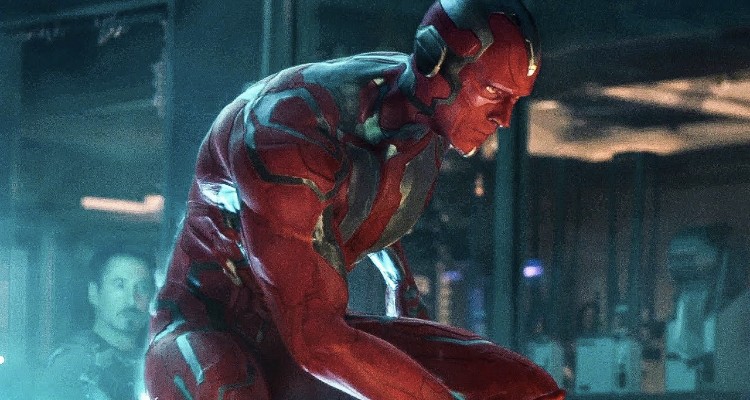 Probably the greatest power an Infinity Stone can have is creating a whole new character, which is exactly what the Mind Stone did with Vision. It’s kind of wild to think the android is a culmination of Tony Stark’s tech, Ultron’s replacement body, and an Infinity Stone, but Vision’s birth still remains one of the highlights of Age of Ultron.

Also important is that this made Vision the de facto guardian of the Mind Stone, in a way. Through Vision, the stone would play an important part in Civil War and Infinity War. Unfortunately, that’s also what led to Vision’s demise, as Thanos needed it to complete his gauntlet. Sorry, Vision.

NEXT: 6 MCU Characters That Would Be Perfect For The Thunderbolts