Obi-Wan Kenobi writer Joby Harold might be one of the worst writers in Hollywood right now. Anyone who has watched any of the Obi-Wan Kenobi series knows there are numerous plot inconsistencies, contradictions, and contrivances.

However, Harold’s terrible writing in the show also extends to his interviews addressing the numerous problems with it.

Harold recently talked to Vanity Fair about the series and recently touched on Reva as well as Darth Vader and how the Empire and the Inquisitors operate 10 years after Chancellor Palpatine announced the formation of the Galactic Empire. However, the way he answers the questions about Reva and Darth Vader are diametrically opposed.

Vanity Fair’s Anthony Breznican asked Harold, “Reva devises the plan to kidnap young Leia as a way of drawing Obi-Wan out of hiding. I’ve seen some criticism where people say, Why didn’t Darth Vader and the Grand Inquisitor do that before? Or why didn’t they go after her adoptive father, Bail Organa, since he was in the Galactic Senate? Can you explain why the Empire would be restrained at this point in the story?”

Harold responded, “I think you said it very well. The Empire is in control, but they are a body that exists within the day to day life of the citizens of the galaxy. Many people believe they are doing what has to be done. There are people that sympathize with and believe in them.”

“The Inquisitors aren’t acting like renegade hot shots, cruising around going against the wishes of the Empire. Reva’s unpredictability isn’t consistent with their operating procedure,” he stated.

“Certainly going after a senator’s daughter is very much off limits. Reva’s discovery of the potency of the relationship between Bail and Obi-Wan, and taking advantage of that is certainly not within the playbook,” he concluded.

Breznican would follow that up asking, “The Empire is still trying to act like they’re not so bad, in other words?”

Harold replied, “Yeah, but then she calls them out on that hypocrisy too. She says ‘We’ve done worse.’ We established her as being more impulsive, more committed to her own personal goals, so it felt like we created enough room for her character to push further than they would.” 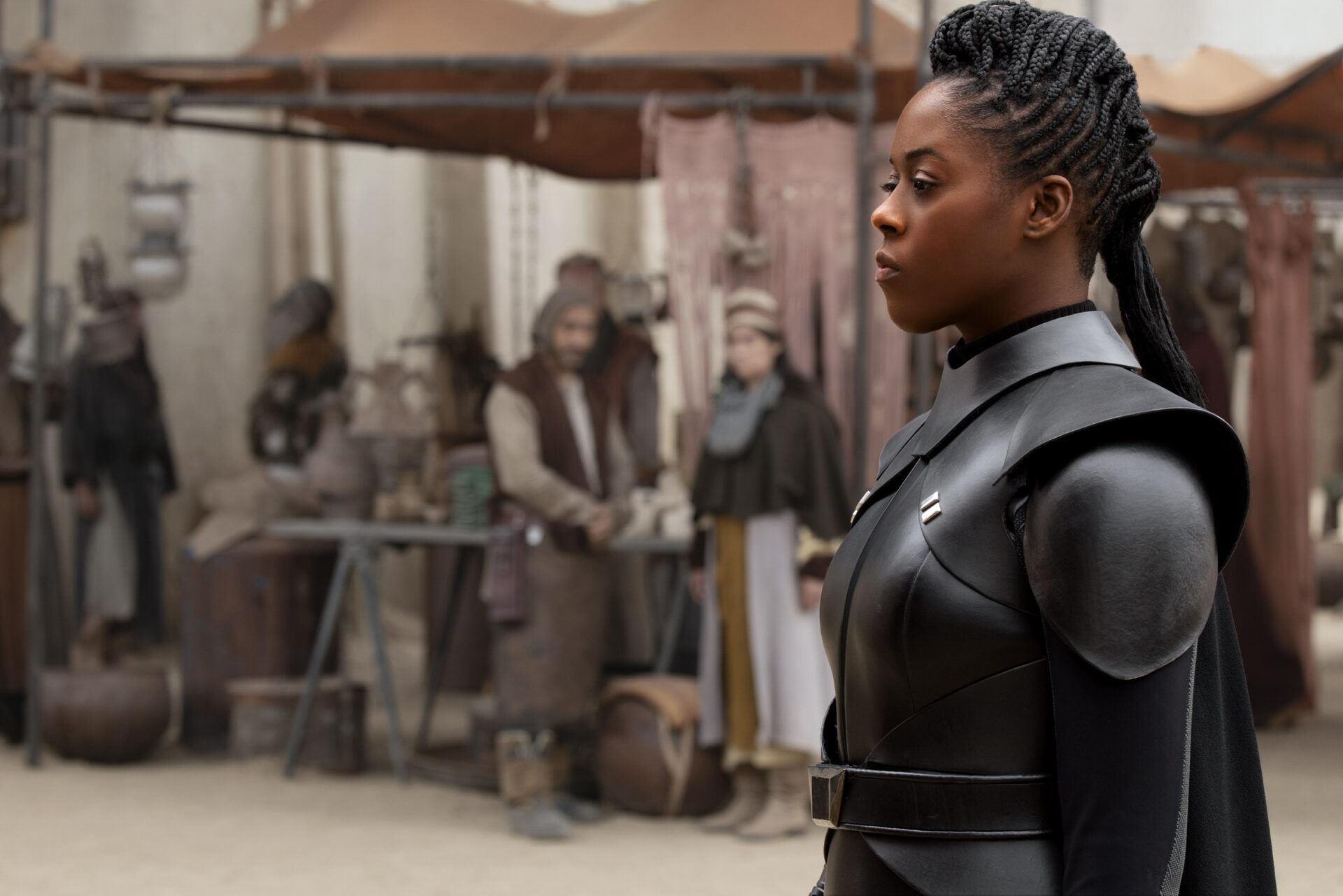 After briefly discussing Reva killing the Grand Inquisitor, Breznican turns his attention to Darth Vader saying, “That brings us to Episode Three and obviously the emergence of Vader. We get Vader and Obi-Wan face to face. But the sequence where Vader is walking down the street slaying innocent bystanders has people saying this is the scariest Vader has ever been.”

Harold responds to Breznican, “It was a thousand percent the intention. From a Vader point of view, we’re all living with the memory of the end of Rogue One, and how effective that was. It was very gratifying to see Vader finally be unleashed in a sequence like that, so we wanted to try to trump it if we could. It was a lot more extreme, at one point.”

Harold would elaborate, “I got pulled back a little bit on that. It was so important to define Vader’s anger and rage. There’s an emotionality to the choices he’s making that are a little further than we’re used to seeing with Vader.”

“He’s pushed a little more than the Vader we know. Obi-Wan isn’t the finished article before [the original Star Wars], and we can look at Vader in the same way,” he continued.

“It is a scary sequence, but it was entirely by design and it had to be because everyone’s running from something that’s terrifying,” he concluded.

Breznican then compared Vader to Michael Myers to which Harold replied, “I know what you mean. That just makes him all the more intriguing. As he’s going down the street and doing those things, he’s doing them to draw the Jedi out.”

He elaborated, “We’ve established the language: the Jedi hunt themselves—because they cannot stand by and watch innocents be killed. So Vader is very cognizant of what he’s doing as he’s walking down that street. The horror of the moment has an emotional weight because it’s calculated.”

He would reiterate this point when asked about Vader burning Kenobi on Mapuzo, “His choice is revealing the character beneath and the torture beneath—the pain inflicted and the eye-for-an-eye of it all. It’s a chance to hint at something beneath the mask. Vader can’t be talking about, you know, his feelings. So it has to be in action.”

“That comes from dragging people down the street behind you to try to pull the Jedi out of hiding, and that comes in inflicting the same pain upon the Jedi that he did to you. It’s awful, but he should be awful. He’s Darth Vader,” he concluded.

Harold is trying to have his cake and eat it. Unfortunately for him, Star Wars fans aren’t as stupid as Lucasfilm executives must surely be given they hired him and greenlit his atrocious script for the series.

If the Inquisitors aren’t renegade hot shots, then why in the world is Darth Vader depicted as a renegade hot shot dragging people out of their homes and slaughtering them in the street to try and draw Kenobi out.

As for the idea that the Empire wouldn’t target the children of Senators, it’s ridiculousness when there are multiple plots to kill Padme during the events leading up to and of The Clone Wars as shown in the opening scene of Attack of the Clones.

When Padme lands on Coruscant, her ship is bombed and her decoy posing as her is killed.

Source: Attack of the Clones

Later in the film, Padme is targeted again by the Clawdite bounty hunter Zam Wessel.

However, Anakin and Obi-Wan are able to foil the plot and eventually discover clues that lead them to the cloning facility on Kamino and the Separatists base of operations on Geonosis.

The assassination plot was a part of Sidious’ plan to have the Republic engage in a civil war with the Separatists. The idea that he would not target the children of Senators when he made repeated attempts on Padme is ridiculous.

Source: Attack of the Clones

And lest you forget, Sidious orders Darth Vader to ruthlessly butcher everyone in the Jedi Temple including younglings and Padawans.

It’s hard to imagine the Empire wouldn’t target children when one of its first acts is the ruthless extermination of young Jedi and Jedi-in-training.

What do you make of Joby Harold’s comments about Reva and Darth Vader and the blatant hypocrisy when describing the two and how the Empire would act?