An alleged revival of the Nintendo 64 FPS classic GoldenEye 007 is reportedly stuck in “limbo” because of the ongoing Russian invasion and war in Ukraine. 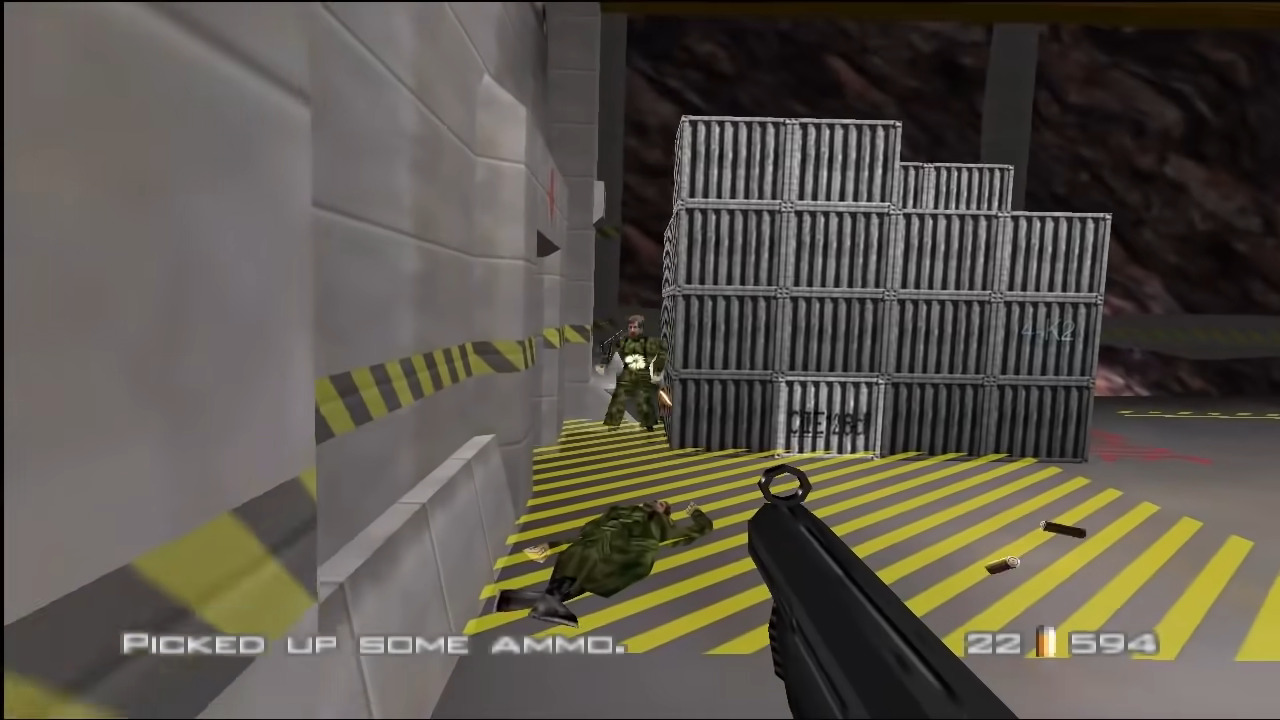 This update regarding the long-awaited remaster was provided by video game journalist and noted industry insider Jeff Grub.

Tagged alongside Windows Central Editor Jez Corden and Xbox content creator Rand al Thor 19 by a fan curious for an update on the previously rumored 1 v 100 home console adaptation and the Goldeneye upgrade, following Windows Central Editor’s affirmation that he “never heard anything about those  game”, Grubb provided insight into both titles’ current status.

“Goldeneye is still in limbo because of the war,” he claimed. “1 v 100’s team lead left Microsoft. I don’t know what that means for the game.”

While others argued whether Grubb actually knew anything concrete or was merely speculating,  Eurogamer noted in their report that, ostensibly as per their own sources, they “also understand this to be accurate.”

The plot of GoldenEye 007 mostly follows that of the eponymous 1995 entry in the James Bond franchise. 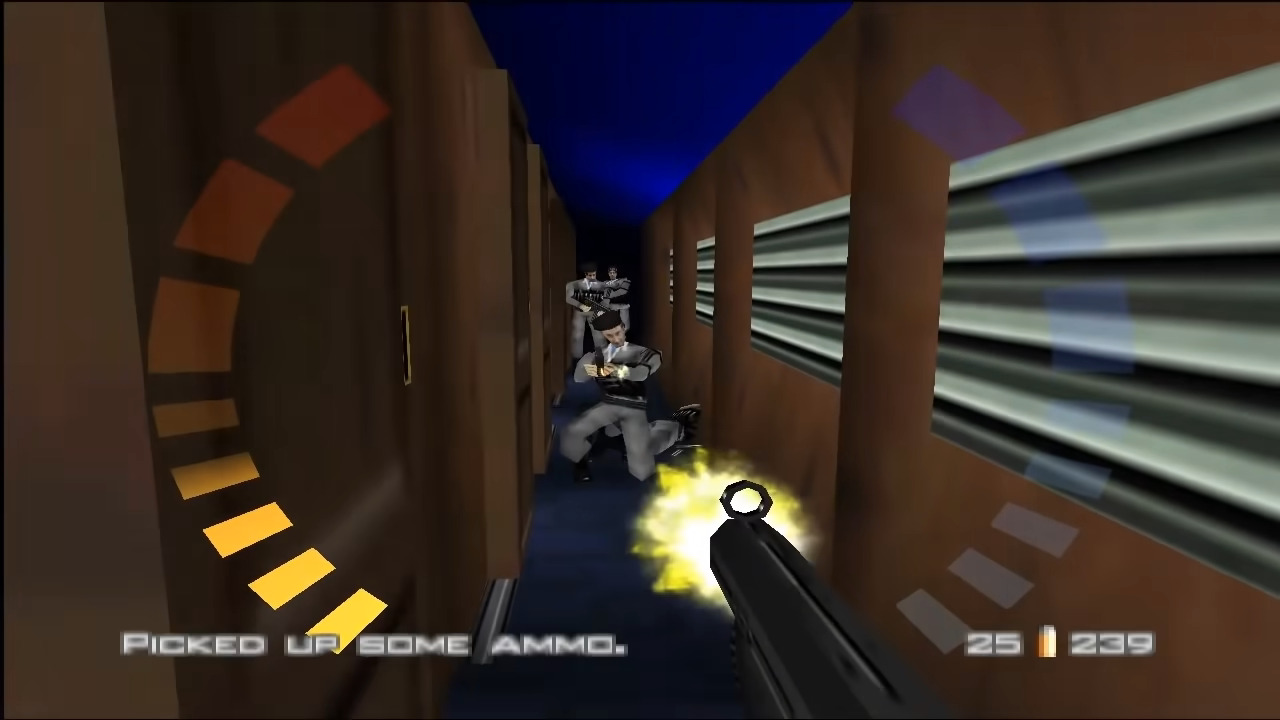 As Russia’s accusations of Ukraine having “gain of function” laboratories funded by the US are being fiercely denied by Western media yet also being used to fear-mongering around the idea that Russia could release a virus from said labs, even a game with staunchly anti-Russian and anti-Soviet elements may be hard for executives to stomach.

While not explicitly stated, executives likely felt the game’s cartoonish, blood-and-horror-free presentation of war would be disrespectful given the then-recent invasion. 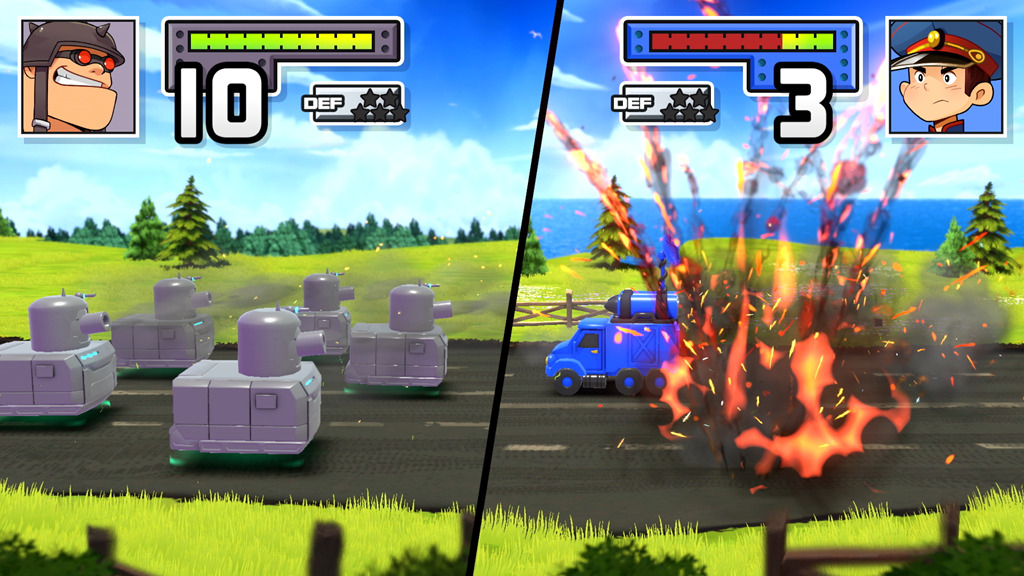 RELATED: Frogwares Indefinitely Postpones Xbox One Version Of Sherlock Holmes Chapter One Due To Russia’s Invasion Of Ukraine

Rumors of a proper remaster of the beloved N64 classic have been floating around the internet for quite some time, even after the 2010 release of 007: GoldenEye for the Nintendo Wii and its subsequent porting as as GoldenEye 007: Reloaded later that same year to other consoles.

In 2020, a fan remake which was three-years in the making was shut down at the request of James Bond rights holder, MGM. The next year, a video of a cancelled Xbox 360 remaster leaked online, and fans were further surprised when a fully playable Xbox Live Arcade prototype of the game followed suit.

Rights issues prevented it from being launched at the time, as Nintendo, Microsoft and MGM were likely unable to come to a three-way deal that satisfied each party. 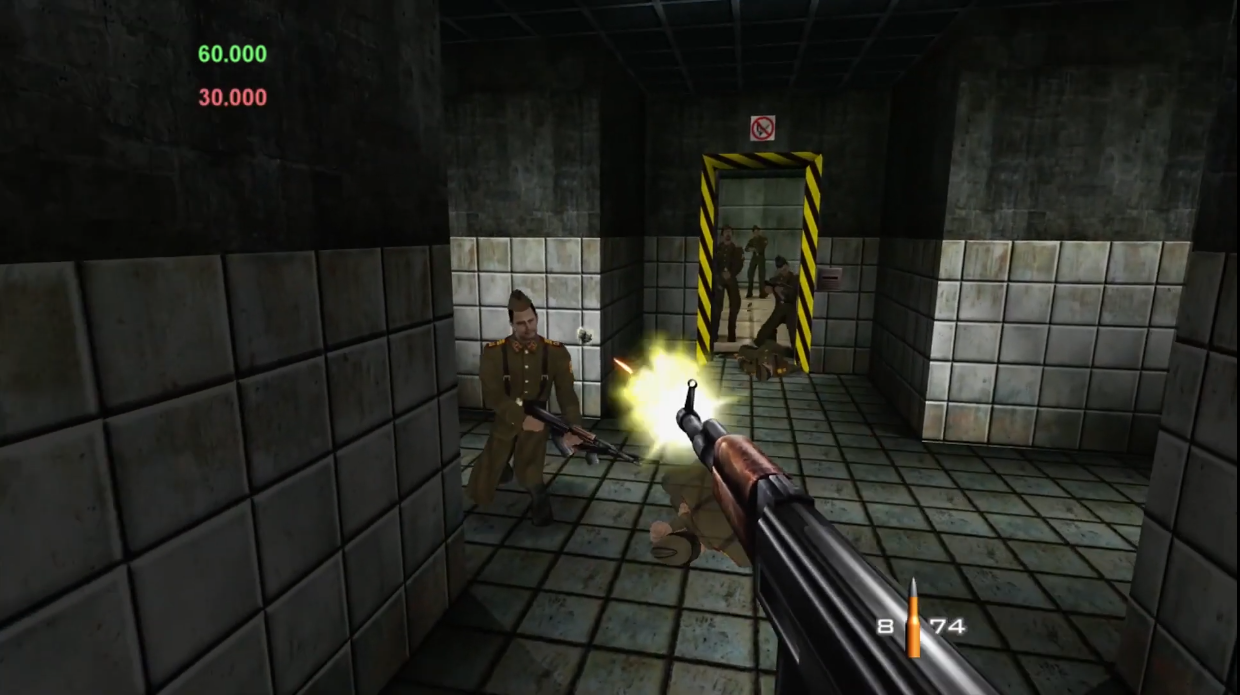 Speaking to VGC regarding the Xbox remaster’s leak, the game’s co-director Mark Edmonds stated “The thing that I find strangest is, why now? Why leak it after all this time? Someone must have had this for all those years. It just seems strange to me.”

“When I first heard about it, it almost made me think, are Microsoft leaking it on purpose for some reason?” he laughed. “I don’t think that would make sense, but it does make you wonder.” 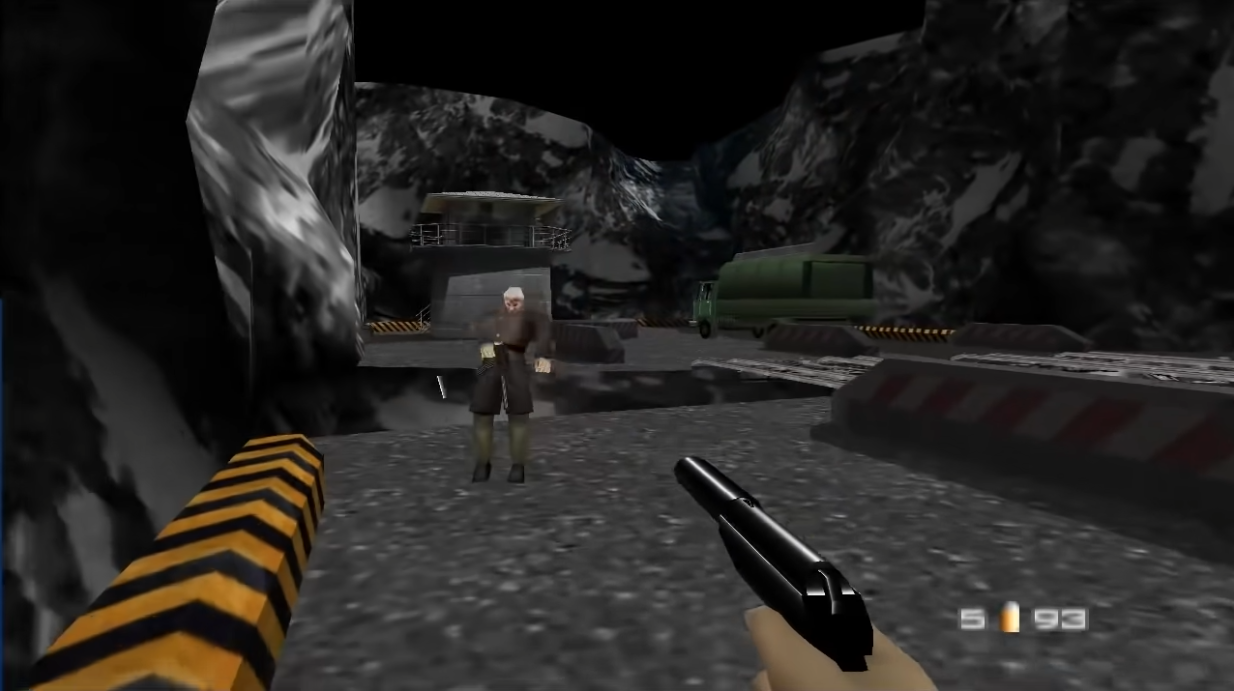 GoldenEye 007 was also unbanned in Germany in October 2021, leaving fans hopeful that there had been some kind of movement on the remaster’s potential release.

However, fans would have to wait just a few more months to get more solid evidence against Mr. Bond. 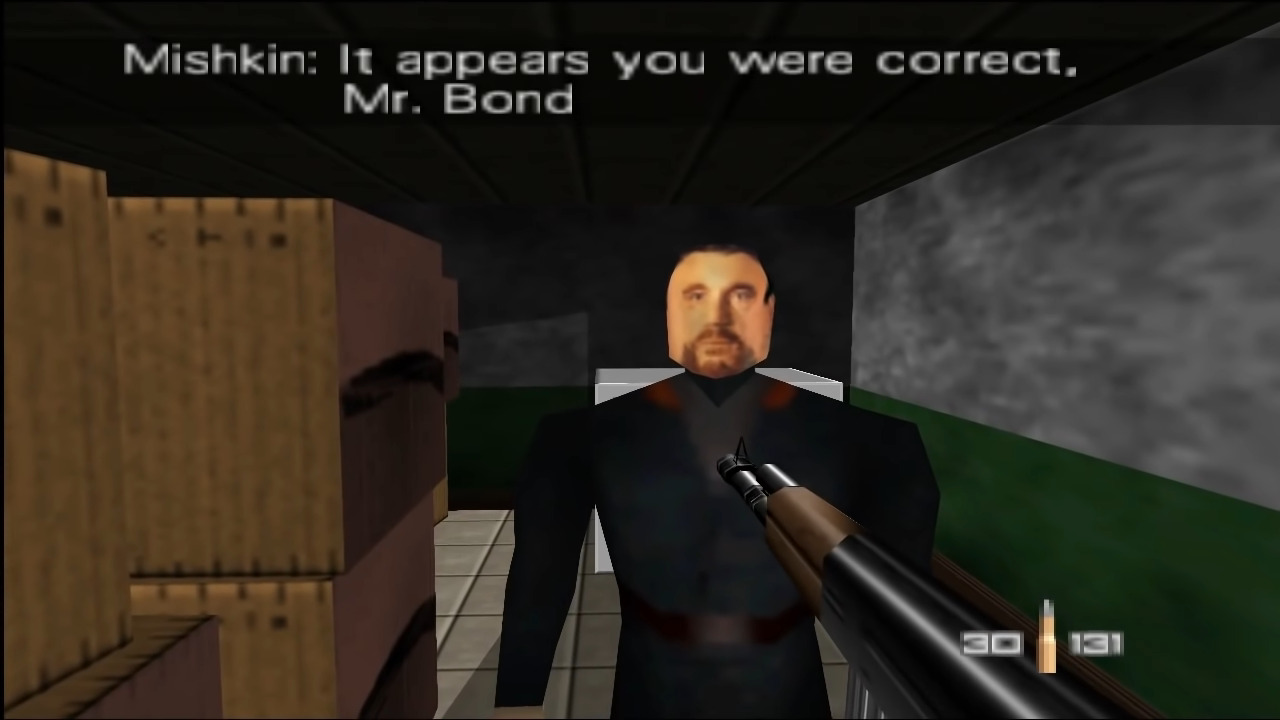 In January 2022, along with an Xbox achievement tracking website discovering the alleged game’s achievement list, two accounts belonging to Rare developers were seen unlocking them. This would occur again in June.

While Grubb claimed in February that he believed an announcement regarding the title was coming in “the next couple of weeks” – a claim also supported by one of VGC’s own sources-  this would not come to pass.

Though no specific reasons were given for this missed date, the COVID-19 pandemic and subsequent lockdown orders may have played a part in hindering the game’s development. 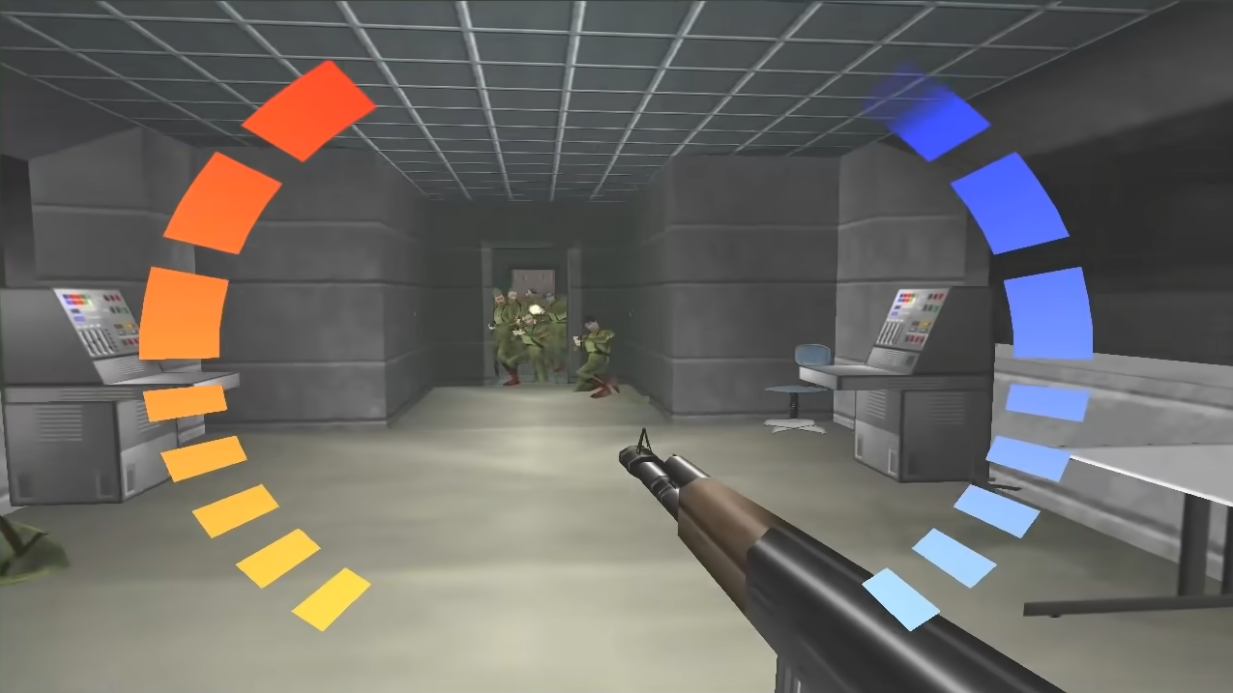 In March, a trademark for GoldenEye to be used in regard to “downloadable electronic game software” was extended for a second time – a development which prompted even VGC to theroize that the invasion of Ukraine could have altered the game’s production plans.

As pointed out by noted video game news and deals Twitter account @Wario64, the achievement list was finally made public on Xbox’ own website on June 5th. Further, the achievements’ detail suggest the release will be a port or remaster, rather than a from-the-ground-up-remake.

However, given how the war in Ukraine shows no signs of letting up, as well as all the inherent possibilities for further conflict that the invasion allows for, it may be some time until we can say ‘Well done, Rare.’ 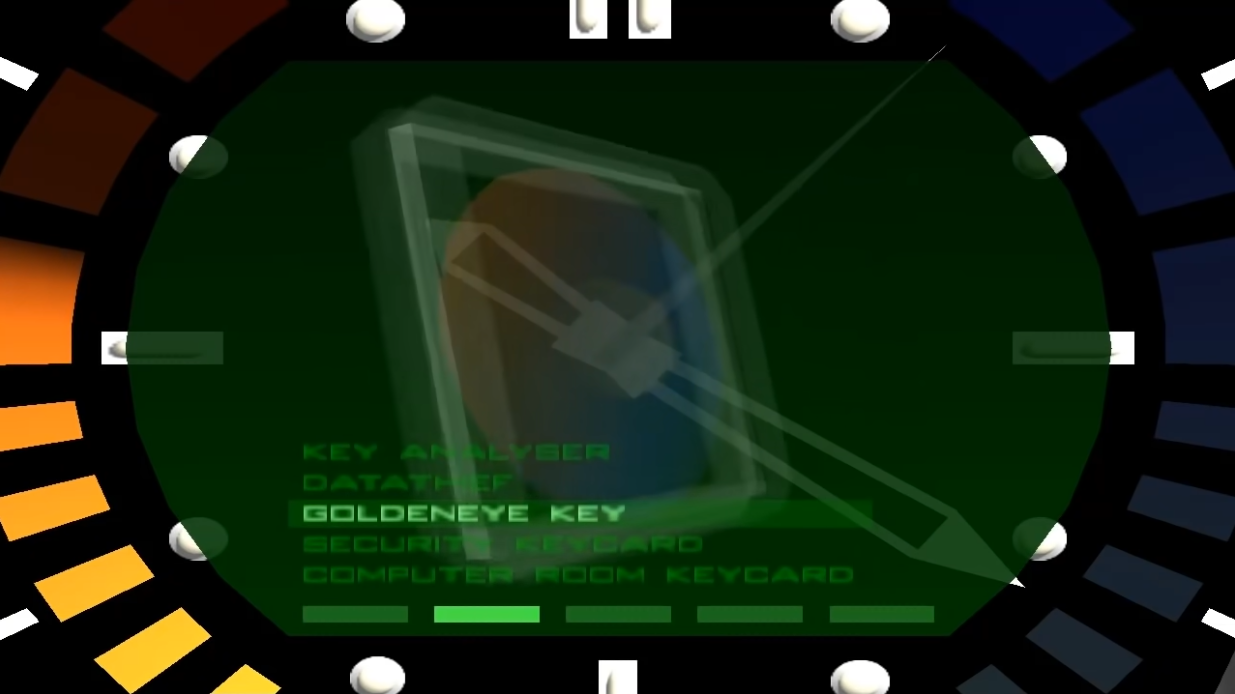 What do you think? Let us know in the comments below!