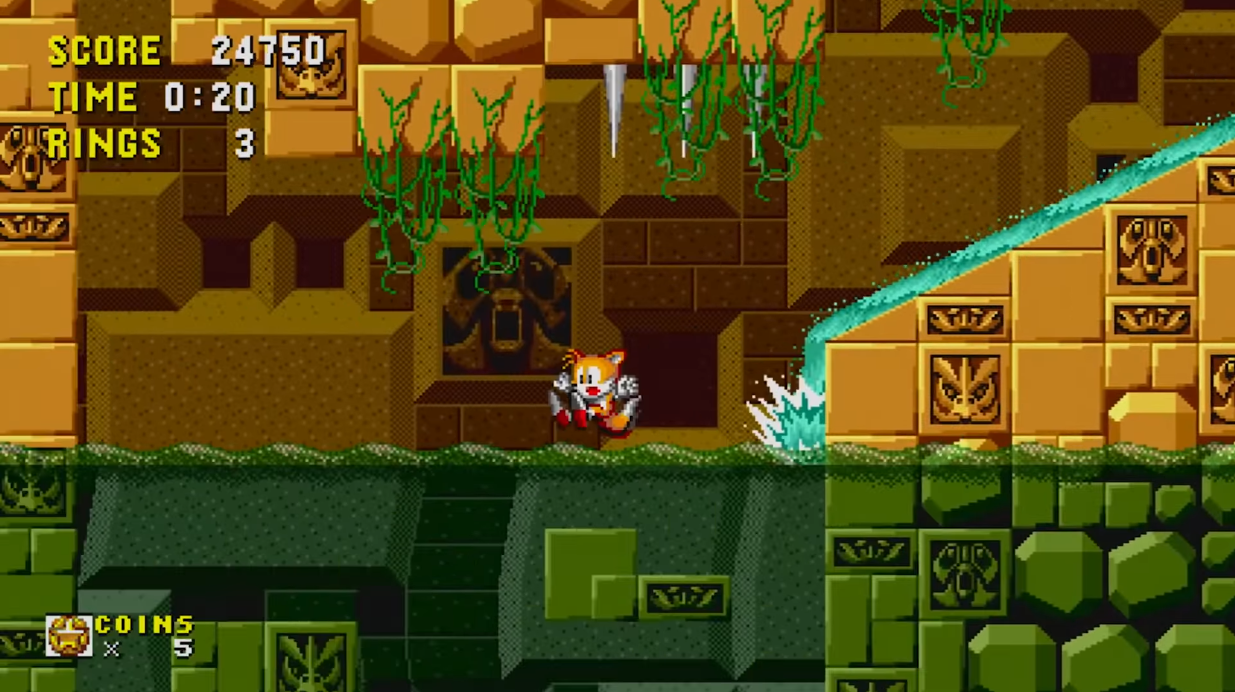 Sonic Origins is currently sitting at “Mixed” on Steam — with over just 1,300 reviews, and counting, that point to a fairly mediocre 59% rating from users. Users gave the game an equally mediocre 5.5 on review aggregator site Metacritic, with a disappointing 3.9 on PC and a rather modest 7.2 from PlayStation 5 players.

In stark contrast, both Metacritic and Opencritic show journalist reviews averaging out in the high 70s to low 80s. 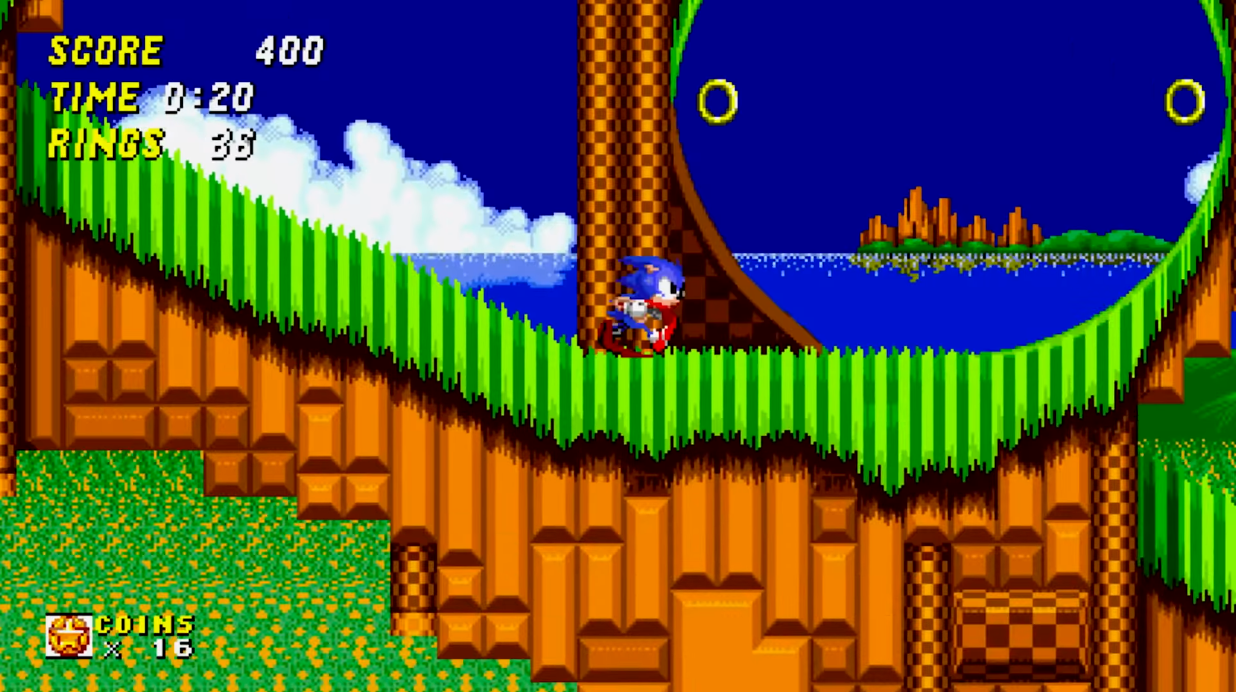 So how come four classic Sonic the Hedgehog titles — widely considered near-masterpieces in their time — are getting such a lukewarm reception in the newly released collection?

One of the main issues seems to stem from the overall bugginess of the collection, featuring game-breaking glitches that include Dr.Eggman endlessly exploding at the end of Sonic 2 and even freezing up entirely during one of the earlier encounters in the game.

@Static_and_Fire made a thread cataloging the various bugs they discovered. These mainly include numerous audio and graphical glitches that can either see the player getting trapped between a spring and a bumper as well as the special stage music resetting when players earn an extra life.

The special stage music resets if you get an "extra life" and goes back to slow even if the stage is fast. pic.twitter.com/5WWw2Prg2r

Other less fortunate players found themselves running into even more frustrating bugs that could potentially tarnish the experience Sega initially intended to offer with the release of Sonic Origins.

At least we could turn to the modding community to fix some of these issues, right? In spite of producing a total of 20 mods for other Sonic titles — including fan game Sonic Forever — modder Xanman’s “BetterOrigins” mod was unfortunately cancelled.

“Hey, so we decided to stop the development of this project,” Xanman reportedly stated in a since-deleted post. “After really digging into the files for this game, it’s become way clearer that this game is absolute s—t.”

“We’ve fixed enough where the game is a bit more serviceable but really, especially without scripts, there’s not a whole lot we can ‘fix’ without just redoing sprites,” Xanman admitted. “MAYBE I’ll come back to this in the future, when script editing becomes a thing. But for now, screw this game.” 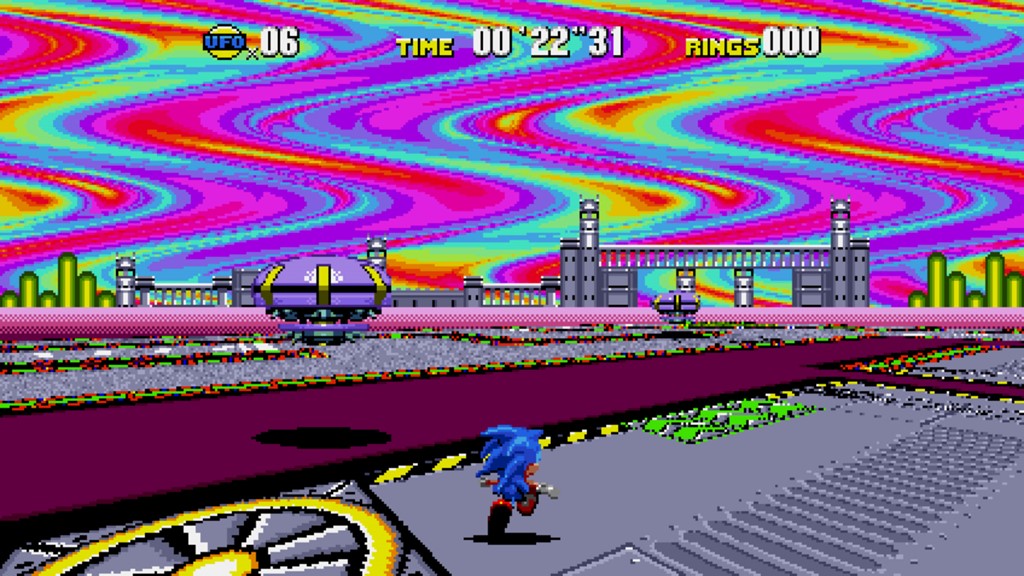 Some of the glitches showcased on Twitter were actually a result of the game’s debug mode. For example, extra lives are replaced with Coins outside the Classic Mode, a currency that can be exchanged to unlock concept art, retry special stages in Anniversary mode, and more. However, using debug mode, players can spawn numerous boxes to quickly gain mountains of coins and purchase everything with ease.

Nonetheless, Sonic Origins’ technical issues seem to be the main gripe amongst the majority of players. Some have cited the deceptive claim of “new playable characters,” in allusion to Tails and Knuckles being playable in older Sonic games, developers replacing the unusable tracks for Sonic 3 & Knuckles with lackluster tunes, and multiple special editions with no single one featuring all of the additional content.

YouTuber bickuribox12 — who recently has focused on Sonic games — explained in his video that, while he had not encountered as many performances issues, he still experienced bugs and a plethora of issues beside. As stated in the video’s title, he felt “Sonic Origins is Not Finished.”

Bickuribox12’s fairly extensive list of issues includes the reviled Denuvo DRM software — often accused of slowing down systems and hindering gameplay — a lack of bonus content, the aforementioned special editions and their price compared to other retro compilations as well as fan-made works, the original games being delisted, and lacking multiple save-slots plus a stage select feature like the one found in mobile ports of the classic titles.

He also found most Mission Mode challenges dull, the unlockable content in the Museum already being widely seen or known and lacking anything new, some tracks incorrectly titled in the Museum, Classic Mode merely being the new Anniversary mode displayed in 4:9 aspect ratio, as well as lives and all the gameplay and technical issues listed above. 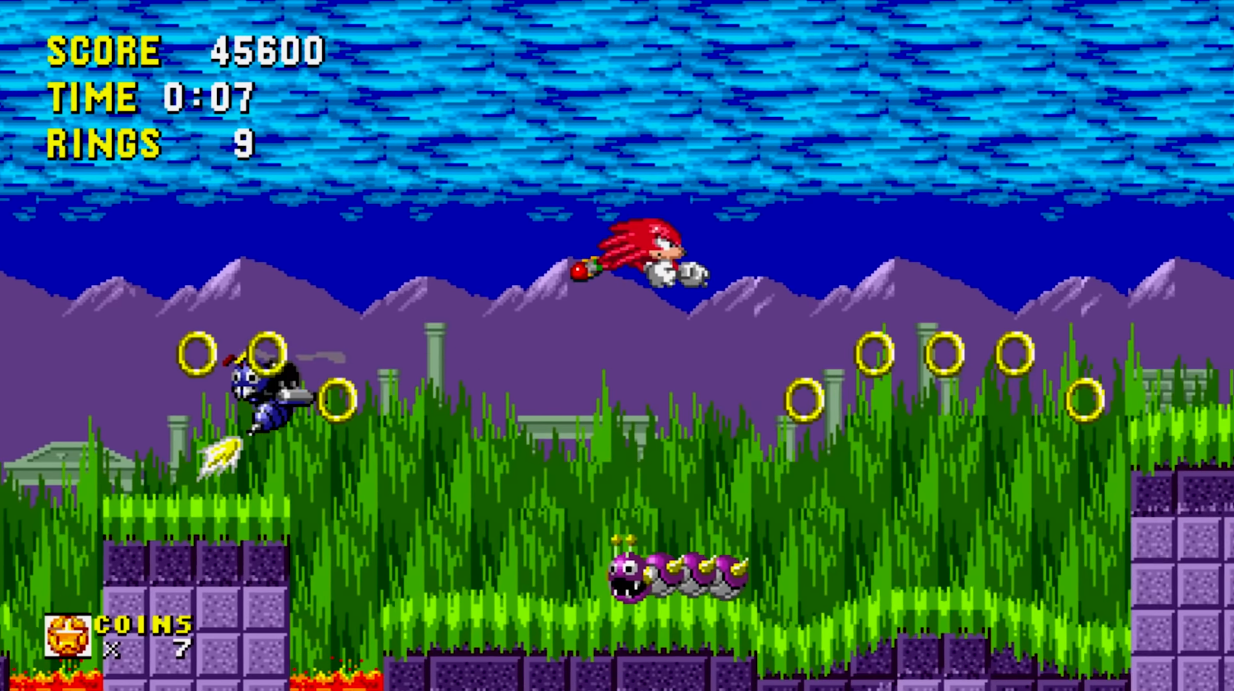 “I am disappointed though, largely because this should have been an easy home-run.”, concluded bickuribox12 with backhanded praise, admitting that Sonic Origins offered a convenient way to play its classic titles, with minimal compromise, if someone merely wanted to play them in wide-screen, and that it was a great way to introduce the series to new fans.

However, bickuribox12 does sympathize that development may not have gone smoothly, alluding to a series of tweets shared by Sonic Origins developer Simon Thomley, who divulged several alleged issues with the game’s development under the Twitter handle @HCStealth.

“This is frustrating. I won’t lie and say that there weren’t issues in what we gave to Sega, but what is in Origins is also not what we turned in,” Thomley admitted. “Integration introduced some wild bugs that conventional logic would have one believe were our responsibility- a lot of them aren’t.”

“Regarding Origins, we were outsiders creating a separate project that was then wrangled into something entirely different,” Thomley claims. “We knew going in that there would be a major time crunch and we worked ourselves into the ground to meet it just so this would even be made and released.”

“Again, I can take responsibility for my and my team’s mistakes, and there were some,” Thomley confesses. “Some actual mistakes, some overlooking, some rushjobs, some stuff we noticed but weren’t allowed to correct near the end. It’s absolutely not perfect and some of it is from us. It’s complicated.”

“I’m extremely proud of my team for their performance under such pressure,” Thomley prefaced, “but every one of us is very unhappy about the state of Origins and even the Sonic 3 component. We weren’t too thrilled about its pre-submission state either but a lot was beyond our control.”

“We asked to do major fixes near submission but weren’t allowed due to submission and approval rules,” Thomley alleged. “We asked about delays early and repeatedly but were told they weren’t possible. We offered to come back for post-release fixes and updates- we do not yet know if this is happening.”

“We want these problems to be addressed,” Thomley demanded. “We provided a ton of feedback during and after development for both Origins and its Sonic 3 integration. We’ve done a good chunk of work after our work term was over to fix things, support Sega, and to prepare for future updates.”

“I have to apologize for not addressing anything like this sooner, but you must understand – many things of this sort are considered ‘unprofessional’ and can hurt our relationship with Sega, meaning no origins updates, and no further 2D pixel Sonic games from us,”  Thomley implied.

Thomley then proceeded to address the obvious contradiction of him speaking out against the game’s troubled development, considering his concerns of reprisal.

“Why am I talking about it now, then? Well, there’s just too much scrutiny over things that both are and are not related to us, and I don’t want to sit in back in silence while people are asking why and how things happened to a product they put so much hope and money into.”

“I hear you, Headcannon hears you. We wanted this to be right then and now. There’s so much that you’ll never know or understand within the realm of this kind of work, but know and understand this – we try our best to our own detriment, and we care about our work and about Sonic,” Thomley concluded.

The growing public outcry was finally addressed by Sonic the Hedgehog social media manager Katie Chrzanowski, in reply to another Twitter user stating they were “Still waiting for that patch to fix the bugs…”

“Hey! Thanks for the patience! The team’s been listening and is working on fixing a variety of issues right now,” Chrzanowski revealed. “We’ll make sure to get some more official messaging out once we have more info for everyone.”

What have your experiences with Sonic Origins been? Let us know on social media and in the comments below!

NEXT: More Video Game Companies Come Out In Support Of Abortion In Wake Of Roe V. Wade Overturn Including Warner Bros. Games, Sega, And Bethesda