Earlier this week, I spoke to actress Ashley Bratcher about the effects that the 2019 film Unplanned had on changing the conversation about abortion and ultimately the overturning of Roe v. Wade.

RELATED: Terror On The Prairie Actor Nick Searcy Describes The America The Left Wants: “A Country Where Anyone Who Disagrees With The Left Is Silenced, Shunned, And Disappeared”

On June 24th, the Supreme Court overturned Roe v Wade in a 6-3 decision that declared the “Constitution does not confer a right to abortion.” Individual states now have the power to allow, limit, or ban the practice altogether. For many in the pro-life community, what seemed like a dream come true may not have happened without the assistance of a handful of movies that effectively changed the narrative on abortion.

When talking about the impact that Unplanned had on the impact of the abortion debate, it wouldn’t be fair if we didn’t discuss the impact another pro-life film had at the same juncture. 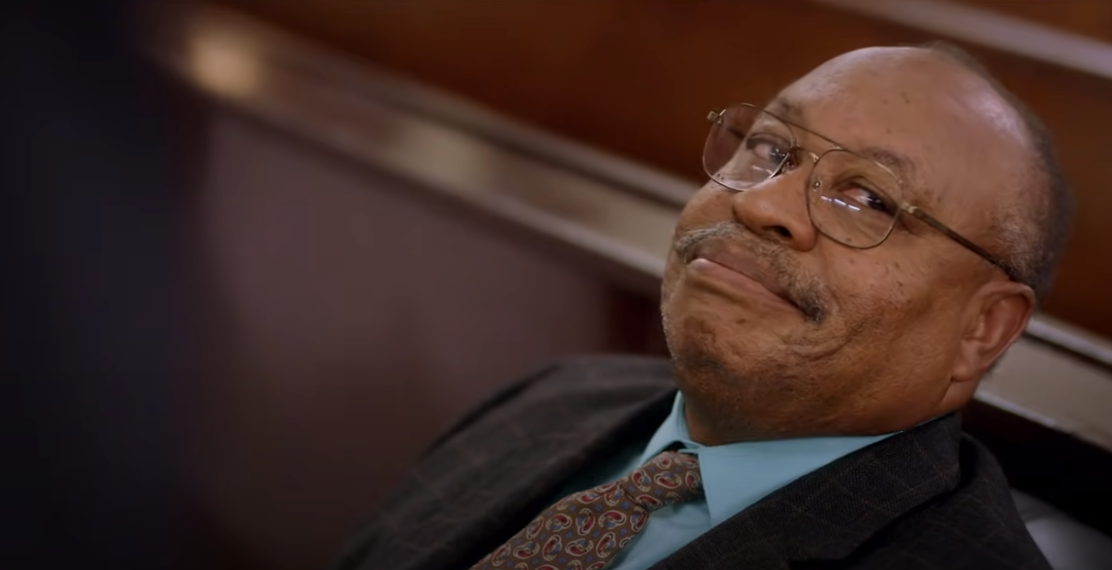 In 2018, Gosnell: The Trial of America’s Biggest Serial Killer was an independent film that was directed by Terror on The Prairie actor Nick Searcy and starred actor Dean Cain. The film told the story of Dr. Kermit Gosnell, an abortion doctor who was sentenced to life in prison after performing countless acts of infanticide which included infants born alive during the procedure. While the film did not get the marketing and exposure the filmmakers wanted, it was screened at the White House during the Trump administration, and was seen by a number of politicians in Washington D.C.

The movie had a direct impact on inspiring pro-life politicians to take the fight to Washington in instilling stronger protections for human life in America. To talk about the film’s impact in more detail, I sat down with the director and star of the film, Nick Searcy to reflect on this film in the wake of the Roe v Wade repeal in America. 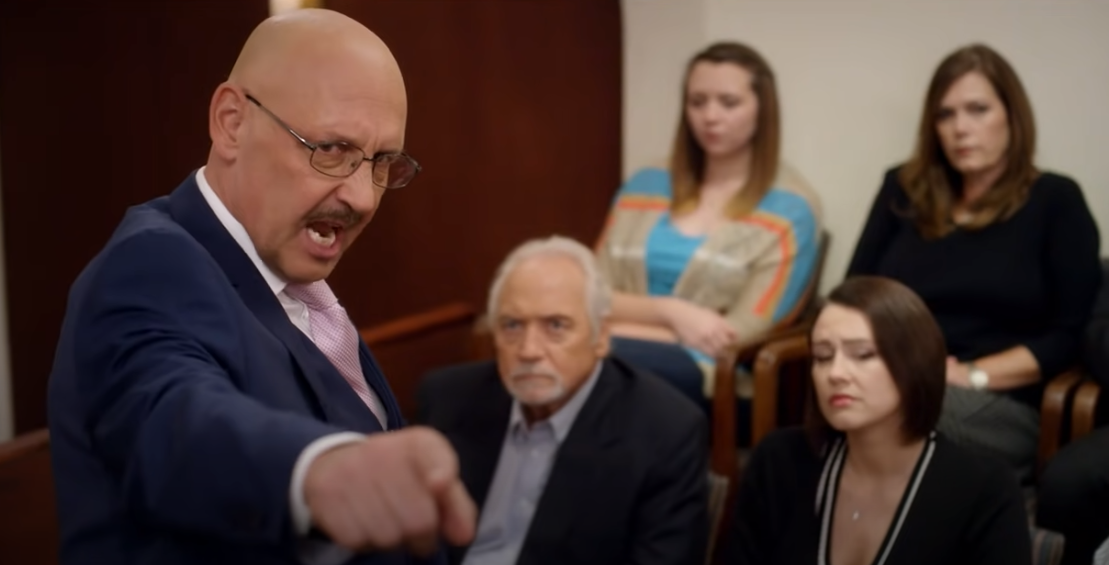 Jacob: When you started this project, the goal was to bring light to the story of Kermit Gosnell as many in the media refused to cover it. But in what way do you think this film changed the way people viewed and debated the topic of abortion in the United States?

Nick: The first thing that attracted me to the script is the scene where the defense attorney for Gosnell has the “legitimate abortion doctor” on the stand, and describes exactly what the procedure is and the steps that are taken. I remember reading that and I was like shocked because I did not know myself personally. I didn’t know that was what they did, you know? That was the thing that I thought was most important that you have your opinion on this issue being pro-choice but do you really know what we’re talking about? Bringing that to light is the reason the media ignored the case of Gosnell.

Searcy would go on to explain the difficulties that he and the producers of Gosnell had in getting media coverage for the film during the time of its release.

Nick: Most movies get about 200 reviews, ours got 11 reviews you know? They tried to pretend that it just doesn’t exist because they don’t want to talk about that Gosnell killed babies illegally, he killed them after the time limit and even in some cases after they were born which is just murder. When is it legitimately okay to stop pregnancy? Even after Gosnell was convicted, he said I will be exonerated someday because what I am doing is no different than what a legitimate abortion doctor is doing. You saw that playing out in New York where they pass the law that said you can feel the baby right up and you can terminate the pregnancy right up until the moment the baby’s born. 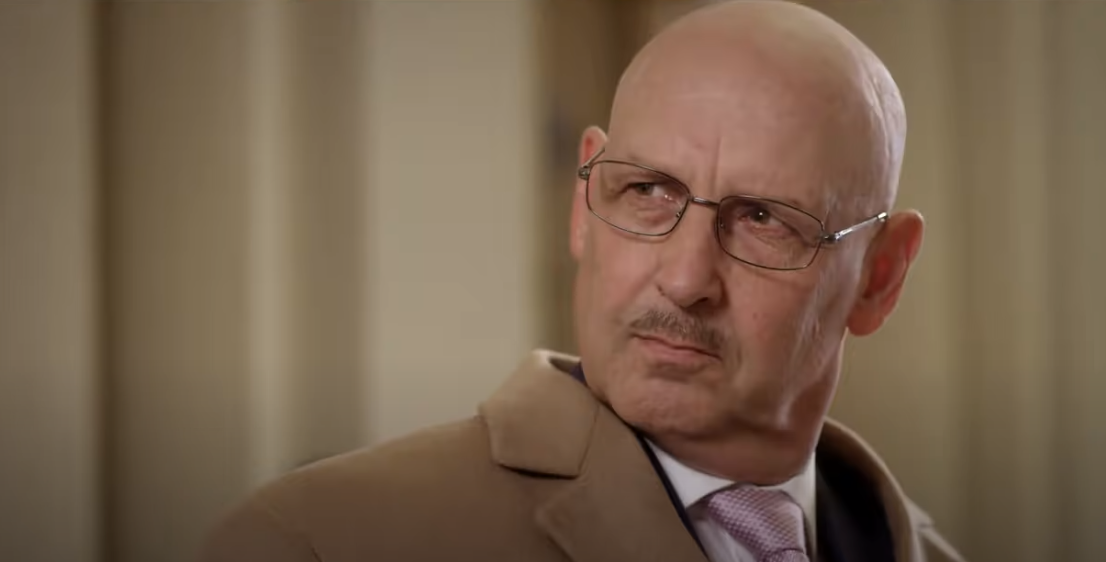 Back in 2019, then Governor Andrew Cuomo signed a bill updating the state of New York’s abortion law that allowed abortions after the 6-month mark of a pregnancy. The legislation also removed abortion from the criminal code, and clarifies that a range of medical professionals, not just licensed physicians, can perform the procedure, meaning that people like Kermit Gosnell are permitted by the state to perform late-term abortions – the very act that he was sent to prison for.

Searcy was adamant that the Democrats’ overreach to legalize abortion up until and sometimes after birth is what led Roe v Wade to be overturned, even as Democrats argued with the state on the reasonable limit of ending the life of a child.

Gosnell was certainly seen by some powerful people in Washington, but Searcy displayed some disappointment in how right-wing politicians and media personalities didn’t back the film at a time when the opposition to Roe v Wade was needed.

Nick: I have heard from a couple of people who would write me letters and emails about how the film changed their hearts, but I have been disappointed in a lot of the politicians and a lot of the people who have huge platforms who really didn’t get behind the movie, and I think that’s a problem within the conservative movement as a whole. Wherever somebody steps up and makes a film like Gosnell, even the people that are supposedly on the same side won’t stick their necks out and support it. I think we are conservative thinkers and artists. We have to do a better job of supporting each other.

Jacob: The films Unplanned and Gosnell were released just months apart from each other; both films were telling different stories within the pro-life argument. How do you view your film as different from what they presented?

Nick: Well, I think Unplanned is a powerful story of a woman who was inside the abortion industry (Planned Parenthood) who had a come-to-Jesus moment, a moment where all was revealed to her and she changed. I think our movie, it’s about the crime that happened because of the abortion industry. Being such a political issue in the state of Pennsylvania, they would not inspect Kermit Gosnell’s clinic for political reasons for almost 17 years before he was caught, because the politicians did not want to be seen as anti-choice. This was a health issue, even though they were inspecting nail salons once a year, they were inspecting health clubs once a year, but not a woman’s abortion clinic. Unplanned is tackling the conscience of someone inside the abortion industry, and our movie is attacking the crime that happens cause of the blind eye that the establishment turns toward the abortion industry. 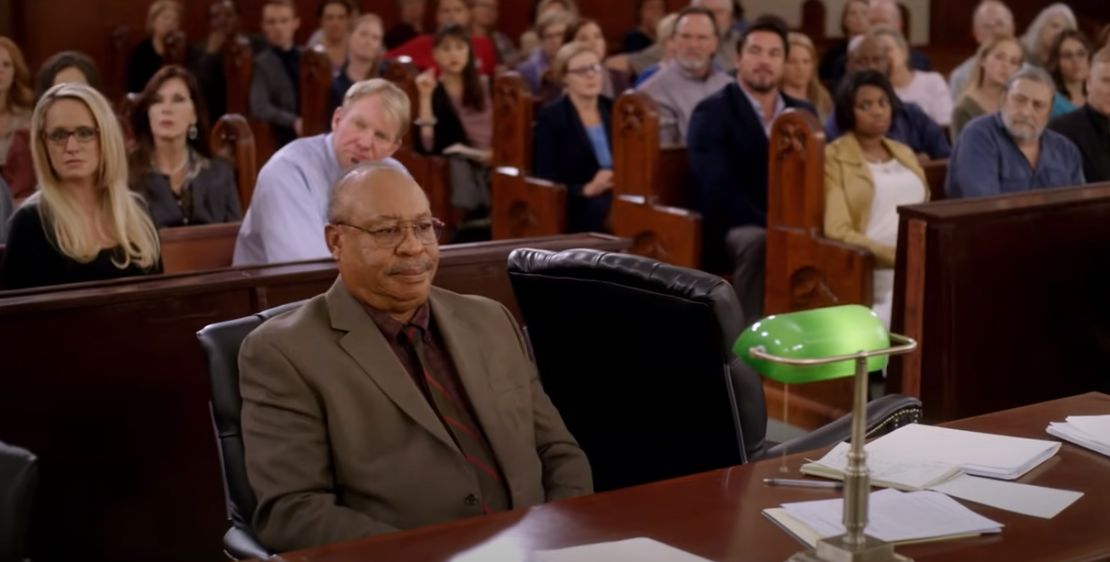 At one point, Hollywood tried to counter films such as Gosnell. In 2020, HBO Max’s Unpregnant was released as a response to the state of Missouri’s heartbeat bill that effectively banned abortion when a fetal heartbeat in a baby is detected. Despite the main character in the movie receiving the support of her boyfriend to keep the child, she runs off with her “queer” friend to New Mexico to get an abortion in spite of him and her parents.

Jacob: When you look at the films that Hollywood made to counter yours, where did those movies fail where yours succeeded?

Nick: You know it’s funny, I’ve played a lot of villains in movies. I’ve been acting for a long time and I played a lot of bad guys and the way you effectively play a villain is that you play like he thinks he’s doing the right thing. He thinks he is the good guy, and I think the problem with a movie like Unpregnant is that they actually think they’re the heroes when they’re the villains. They have this character who basically wants to terminate her pregnancy, they want to kill the baby and try to present this in such a way that she’s the hero. 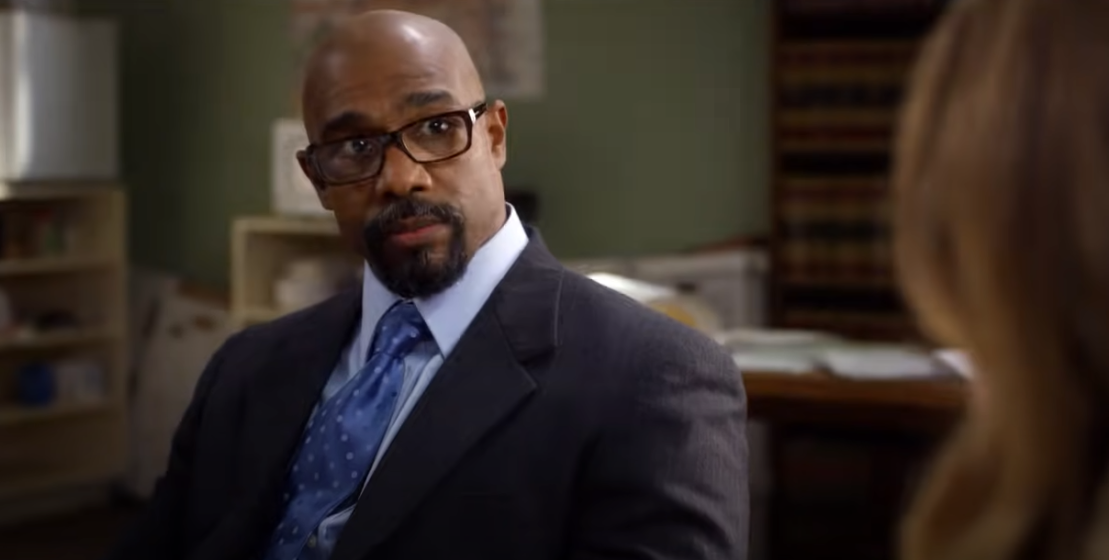 With the repeal of Roe v Wade coming just three years after the release of Gosnell, Searcy was asked if he thought his film along with other pro-life movies had an impact on the Supreme Court’s decision.

Nick: I think politics is downstream of culture. Emotionally what the Left always tries to do is just evoke pure emotion without reason, and we have to make art that reflects our values. It’s different than an argument, those movies are important in the sense that we’re revealing things to the audience in an emotional way that they did not really know before, and that has made a difference. Making the movie Gosnell, we shed light on a subject that no one was familiar with. I don’t know how many people I talked to before the movie came out. When I told him I was making a movie about Kermit Gosnell they were like ‘who?’ They didn’t know who he was, they didn’t know anything about the case, and once you know about this case you can’t un-know it. You cannot get those things out of your mind and that’s why the Left was so scared of it, and that’s why I think even though we didn’t have this bigger reach as we wanted to have, I think it did make a difference on a very emotional level. 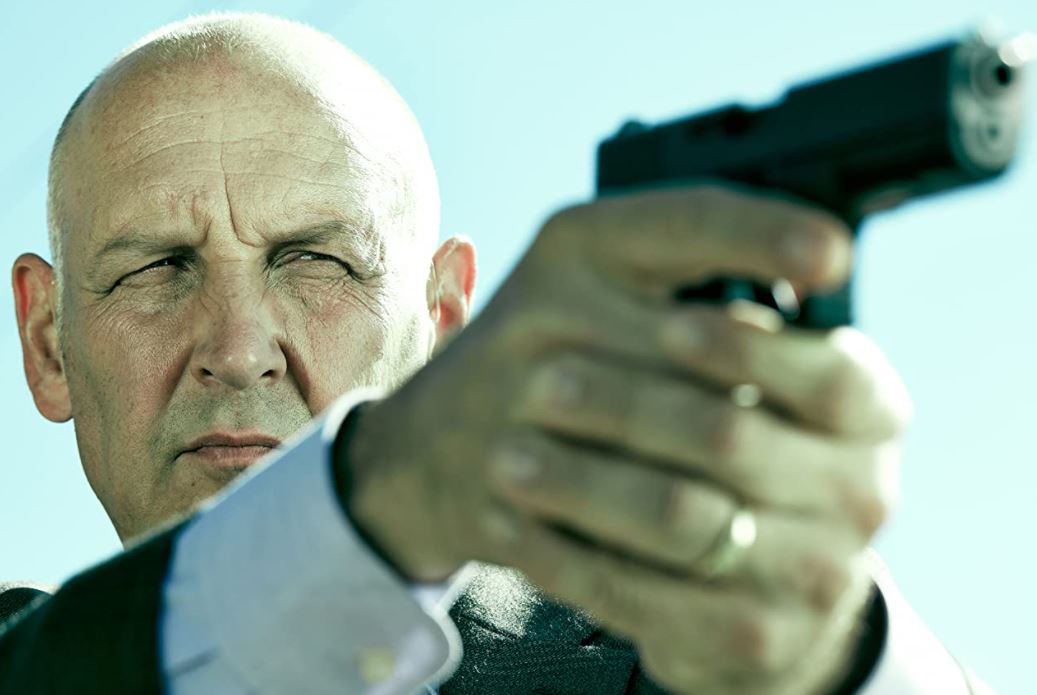 Nick Searcy has had a long career in the entertainment industry stretching back to the 1980s. When I asked him where this film ranks among his career among his most influential roles, Nick gave an interesting answer.

Nick: Gosnell for me personally was the time when I first decided I’d no longer care what they think of me anymore. I’m going to try to make movies that I believe and that I think are important. It definitely changed the trip trajectory of my career in many ways. People are always asking me do I think it hurt me career-wise. Perhaps in some circles, but it also helped me as well. I’ve made 2 documentaries in the last 2 years, one that is still in release right now called Capital Punishment, which is a movie about the January 6th protesters. I’m going to spend the time I have left making things that I believe in and that I care about, and so it was a huge turning point for me personally.

Searcy praised the film’s ability to allow him to work with people that appreciate his outspokenness, despite the fact it may have cost him some jobs in larger productions. 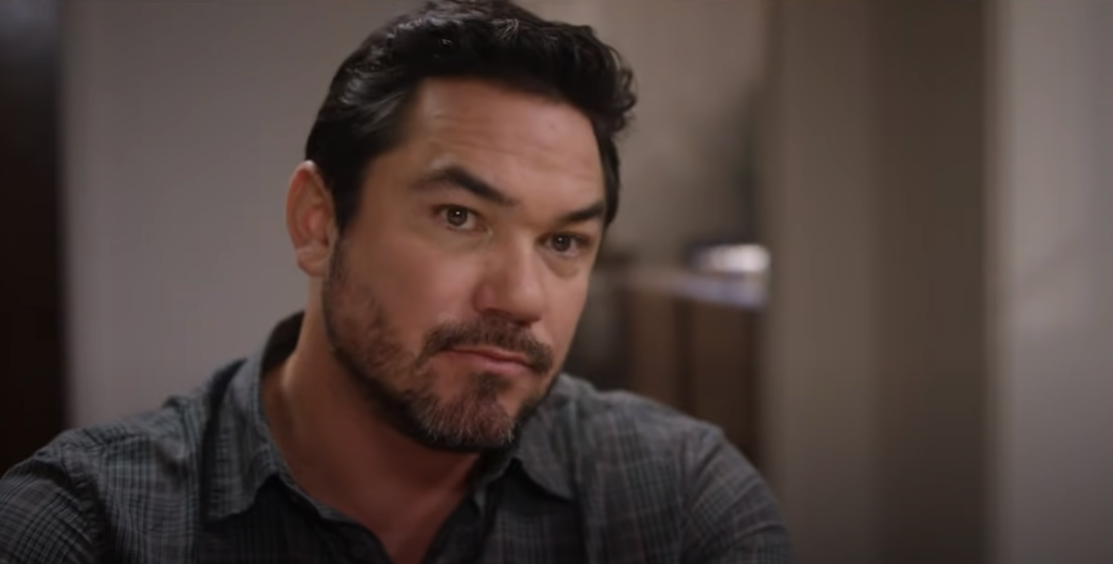 In the wake of the repeal of Roe v Wade, it is clear to see why pro-abortion activists have tried for years to silence films like Gosnell from being seen and heard. For years, pro-abortion activists convinced the populace that abortion was safe and effective, as long as people were ignorant about what actually happens to a child.

Movies like Gosnell took a sledgehammer to that narrative, and now the fear from people who claim to be ‘pro-choice’ is that the populace would no longer choose to be on their side. Watching Gosnell brought people behind the closed doors of the abortion industry, and people left with their perspectives changed. The battle for life is far from over, even after the repeal of Roe v Wade, but the game has certainly changed thanks to pro-life movies which had the stones and ability to game it.