BattleTech writer and New York Times bestselling author Blaine Pardoe has revealed that he has been cancelled by his publisher, following a serious of false claims made by an online stalker. 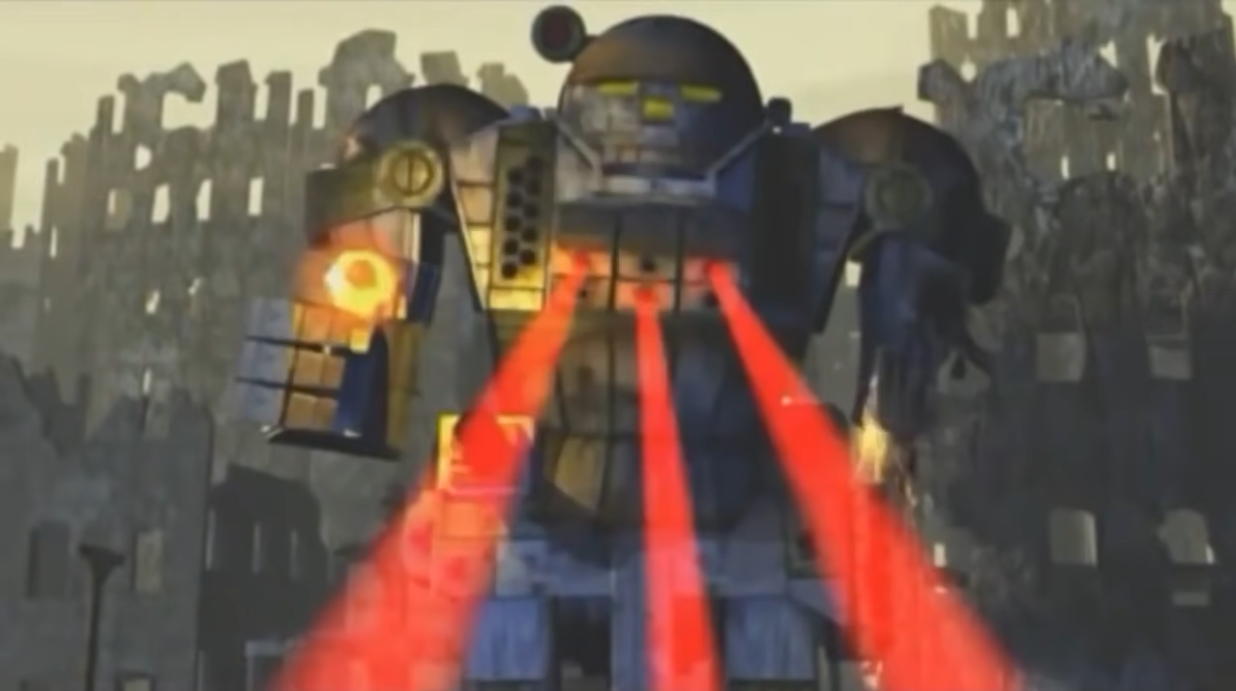 In an op-ed for American Greatness, titled “My Publisher Canceled Me in Favor of an Activist Who Threatened My Life,” Pardoe made damning claims, prefacing, “When corporate cowardice in the face of a minority of left-wing woke whiners alienates conservative fans, the fans need to speak with their money and remind publishers who they really answer to.”

Pardoe offers a brief overview of himself and his nearly 40 years of works, including his most recent work on the BattleTech franchise. “After 37 years of writing for the series, I found myself canceled for voicing my conservative beliefs,” the renowned writer claims.

Pardoe explains that in January last year, two individuals complained to his publisher, requesting his books be pulled from publication over containing alleged “hidden Confederate messages.” These would seemingly be works produced outside of Battletech, as “Catalyst Game Labs [BattleTech’s owners] responded that my political beliefs didn’t matter as long as they were not in their novels.” 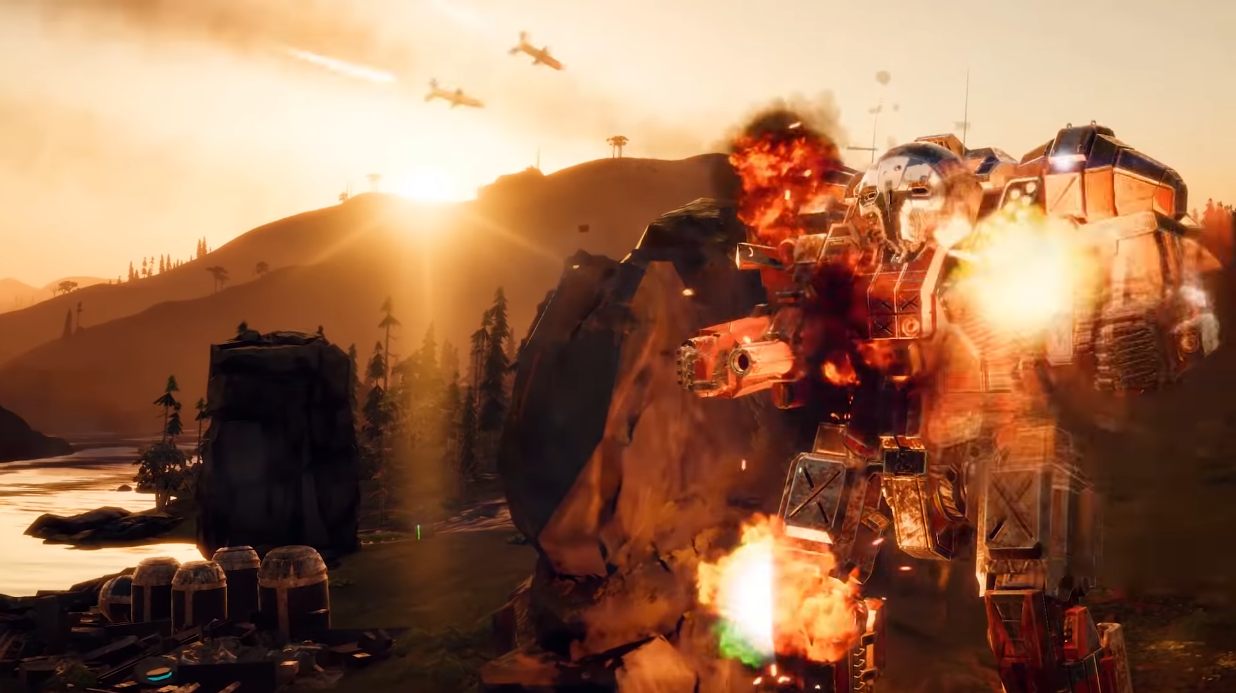 “After a lengthy review of the books and my social media accounts, the company found no political messages, hidden or otherwise,” Pardoe claims. Catalyst Game Labs even allegedly “offered one of the protesters an opportunity to publish a short story in hopes of appeasing him” — ignoring Pardoe’s warning about his online stalker.

Pardoe alleges, “I warned the company that the man was an online stalker who had been harassing me for nearly two years. Later, law enforcement would discover that this man was using a false online persona; that of a self-proclaimed lesbian nurse who was adopting two children. Catalyst Game Labs ignored my warnings.”

Going back to March 2021, the writer explains this event coincided with the announcement of his “first conservative political thriller Blue Dawn,” with a different publisher, Defiance Press. “Outraged, my stalker contacted a fellow writer with the following directed at me: ‘I want to f—king shoot him in the f—king crotch for this s—t.’ And: ‘I want him to die in a fire.'” 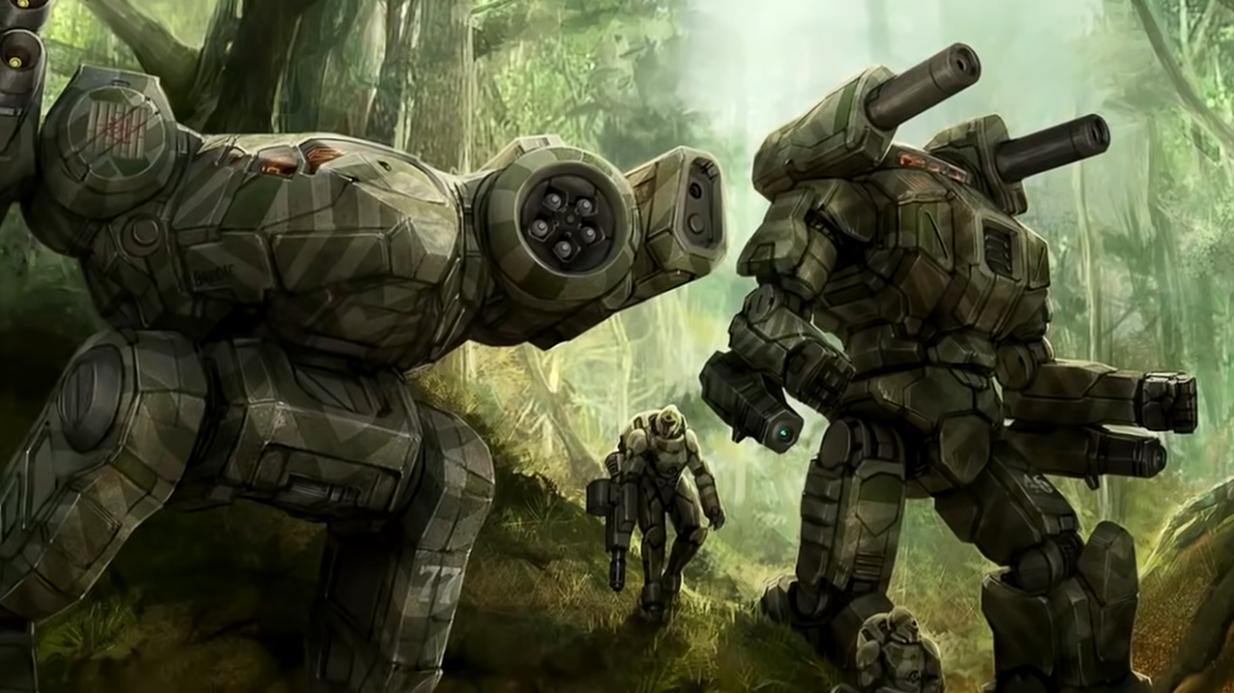 “The police got involved and, after an investigation, a judge put a protective order in place because of multiple threats,” Pardoe disclosed, adding, “In reality, my harasser was a 39-year-old man living with his parents.”

He then revealed the man “had been fired by his previous employer for issuing terroristic threats. He was charged and pleaded guilty. The man was a convicted criminal.” Following the release of his political thriller, Pardoe declared that he began writing pieces for a handful of conservative outlets such as PJ Media and American Thinker; making Catalyst executives clear that he “would mention my stalker in some of these articles as an example of woke extremism.”

“I would do the same thing if I were you,” was the reply he got from the president of Catalyst Games, Pardoe claimed. 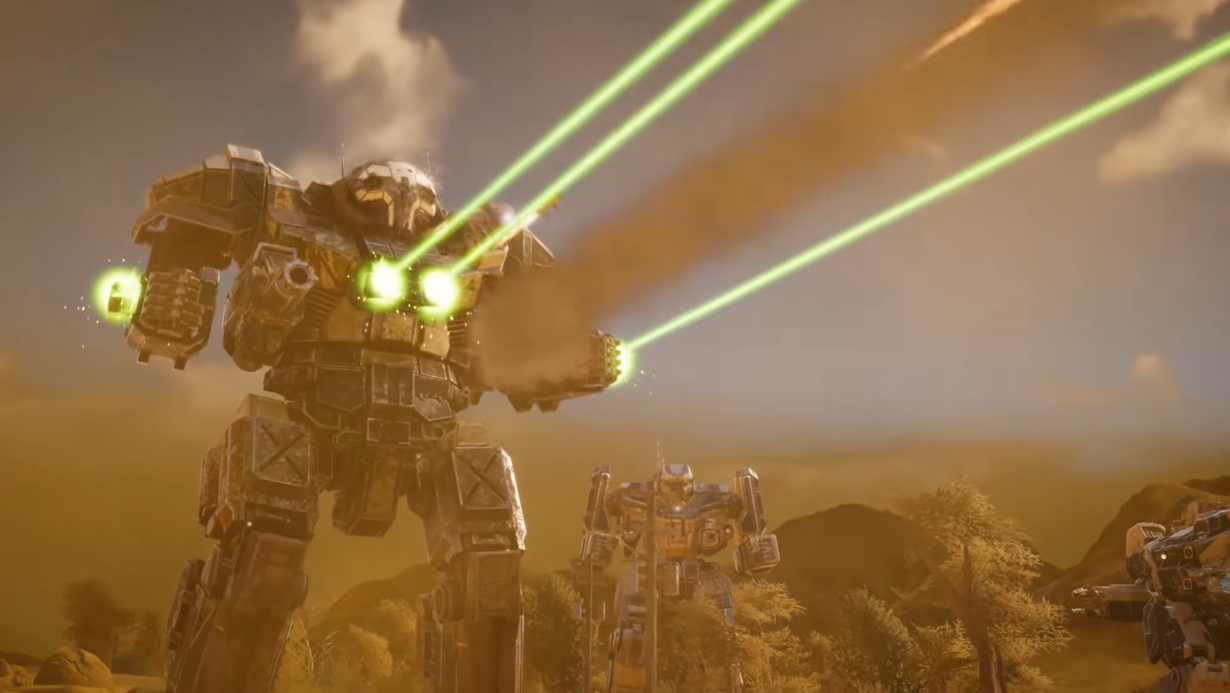 Shortly after the release of Pardoe’s latest BattleTech novel, No Substitute for Victory, the writer recounted that his “stalker and a small handful of people once again complained to Catalyst, Topps, and Fanatics. They took numerous statements from my social media out of context to paint me as an ‘insurrectionist, a seditionist,’ and other outright lies.”

“The smear campaign was led by the man who had threatened my life,” Pardoe asserts. “I was told that Fanatics asked my publisher to ‘make this go away.’ My publisher’s solution was to inform me he would no longer publish my work.”

“I asked if he had verified that the protest was not a handful of people using sock [puppet] accounts to make their cause appear larger. He told me he had not checked and that it didn’t matter anyway,” Pardoe maintains. “It also didn’t matter that the quotes in question had been taken out of context or fabricated.” 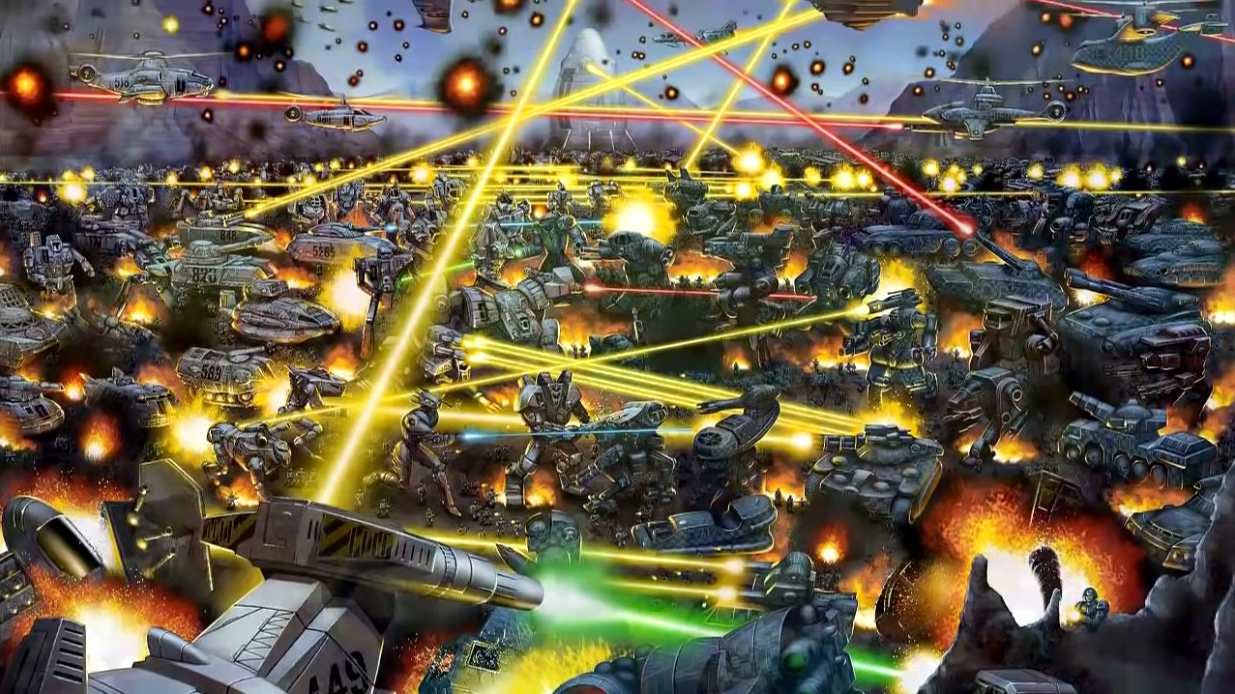 “I noted how other Catalyst contract authors and artists voiced radical progressive opinions far more offensive than anything I had ever posted. My publisher indicated he would talk to some of them.” Pardoe added his opinion that “Conservatives tend not to complain, while the Left sees offenses everywhere.”

Pardoe continues, accusing that his publisher “informed me that my beliefs were alienating half of his customers. I pointed out that sales and ratings for my latest novel were on par with previous works. He then told me that sales didn’t matter.”

Even allegedly offering to write under a pseudonym, “like several of his other authors,” was rejected. “Then I pointed out the most egregious aspect,” Pardoe declared as he quoted himself: “‘You are literally siding with a person that threatened the life of one of your most productive and popular authors.’ Ignoring that, he had assured me that he would communicate his decision to release me to the fans. He never did.” 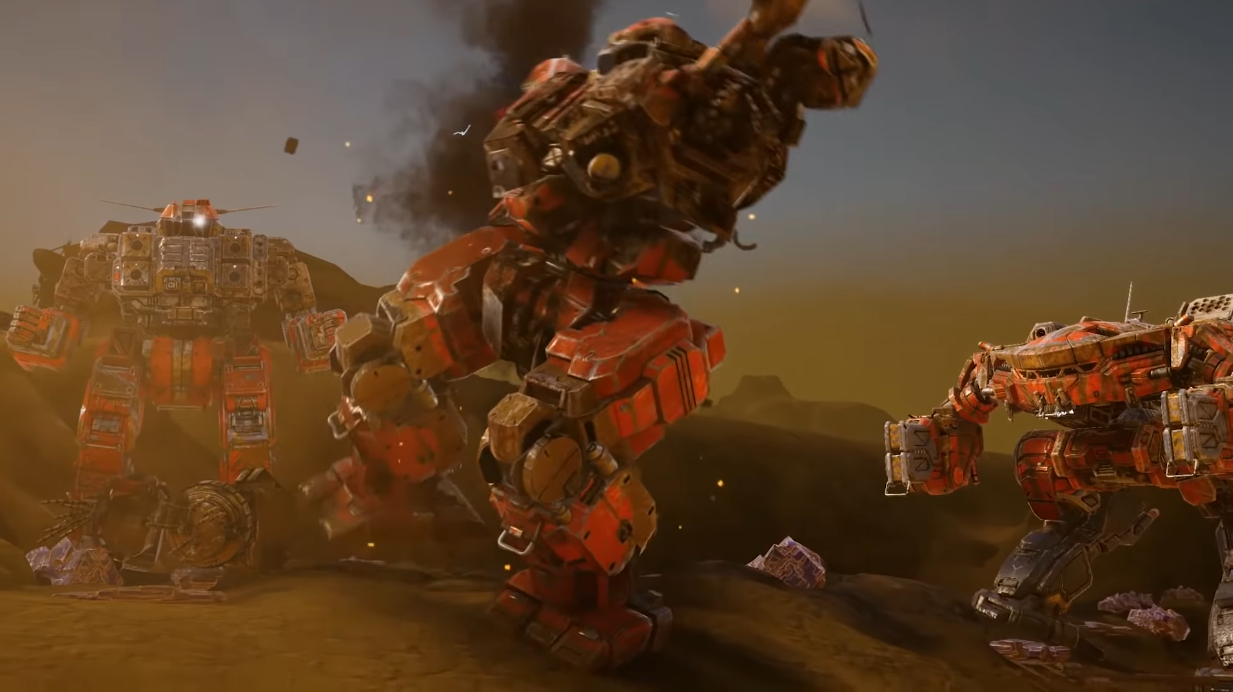 “To be clear, my views are not especially radical. They are the same opinions held by tens of millions of other Americans,” the BattleTech writer insists. “While I was getting the Gina Carano treatment from Catalyst, I was proud that I didn’t cave to these woke warriors. Such corporate knee-jerking to a minority of leftwing woke whiners does alienate fans—conservative fans. This is simply censorship.”

“It can happen to any conservative who dares voice his opinions,” Pardoe warns. “As a result, my many fans will no longer see my work in BattleTech, simply because the publisher feared online backlash. Meanwhile, his extreme left-wing authors can spew their venom without fear of retribution because conservatives don’t whine or threaten or complain on Twitter.”

“Conservatives need to speak with their money by supporting conservative publishers or those companies that opt to ignore the politics of their creative staff altogether,” he rallies. “Publishers that throw conservatives under the bus out of fear seem to have forgotten their core business. They should focus on producing good content and not let the woke mob decide who works for them.” 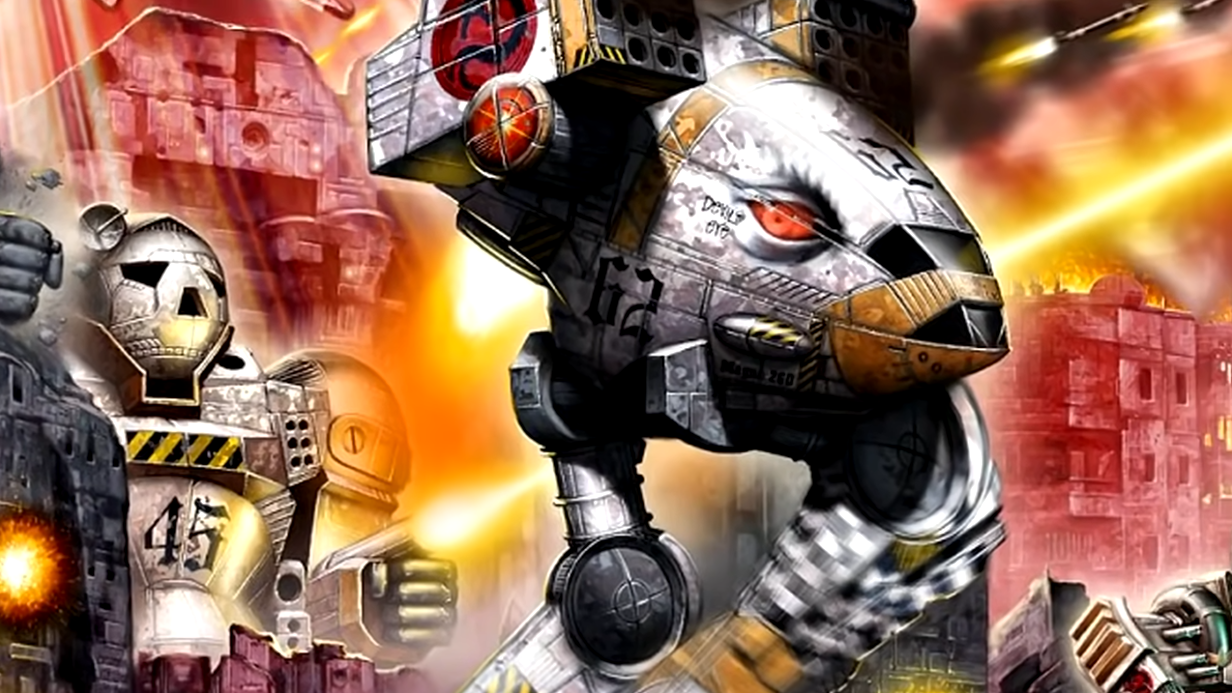 “Caving puts the mob in charge of what content you produce. It’s a lesson that both Disney and Fanatics/Catalyst would do well to learn,” Pardoe concluded his op-ed.

The stalker in question is likely Faith McClosky, who Pardoe wrote about in July of 2021. Therein the writer claimed McClosky wasn’t “a lesbian female planning to adopt children in November. She’s not a nurse. She didn’t attend college in Tennessee. Her background on the net is a web of lies aimed at deceiving people.” Instead, Pardoe only ever refers to his real identity, a middle-aged man who worked in Pennsylvania, as “J.” He also allegedly worked under the name Faith McCarron.

J allegedly spread defamation and falsehoods across multiple online forums, seemingly upset over the concept of Blue Dawn; a thriller Pardoe describes to be about “the violent progressive overthrow of the government and the men and women that rise up and fight against it. It covers the start of a second American Civil War set five years from now. It is a piece of alternate history.

“It is a solid action novel, a political thriller, aimed at conservative readers, one written to get you to question the values of both sides of such a conflict,” the writer proudly explained. 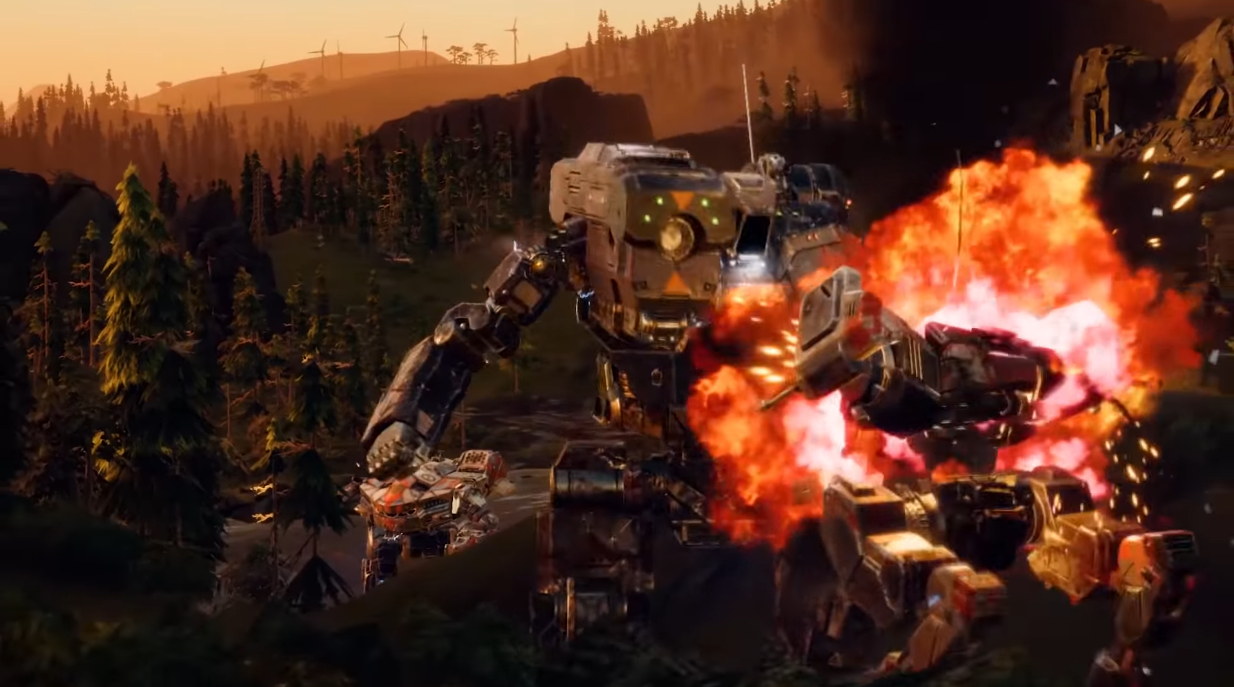 Pardoe claims he and his wife “drilled as to what to do if ‘Faith’ ever appeared at our house. For the first time in my life, I kept guns loaded and ready at egress points. This generated considerable stress and angst, as well as loss productivity in our household. Despite these and other security measures, my wife and I still feel threatened.”

Along with a constant barrage of emails, blog messages, and “nasty reviews,” J allegedly sent threatening videos as well, and attempted to intimidate and make demands of podcast hosts, fans, and colleagues. Other convictions made against J included a cease and desist letter, demanding he remove the online comments and blog posts along with other unspecified legal actions being prepared.

BattleTech fan and political YouTuber RazörFist offered his thoughts on the incident in his “Battletech Caves to Cancel Culture – Razör Rants” video. He also highlights how he was almost cancelled over his conservative beliefs when self-publishing his fantasy noir books The Long Midnight and Nightvale Book II: Death Mask. You can find our interview with him about the latter here.

“Pardoe’s politics never once colored his creative output for FASA [FASA Corporation, the creators of BattleTech] or Catalyst, or interfered with his deadlines of any description, which is more than you can say for the leftists employed by the self-same company might I add,” RazörFist alleges. “Yet somehow he was on the shortlist of the short bus over on Reddit.”

In summation, RazörFist claims the unnamed subReddit employs the alleged tactic of other left-leaning groups to appear far more populous than they actually are. Likewise, he warns that BattleTech is the next franchise set to be overrun by woke and left-leaning ideologists, as had other franchises and hobbies over the last decade such as Star Trek and Lord of the Rings.

“This is about much more than one writer, the whiny-a—s wokesters project at mach speed, they will claim that for us to complain about commie incursions into our hobby, such as this one, is to be a snowflake — a word they inevitably wield like an eight-year old with a Daisy Air Rifle might I add — which, like everything else leering out of their mouths is utter festering f—king horses—t!” RazörFist defied. 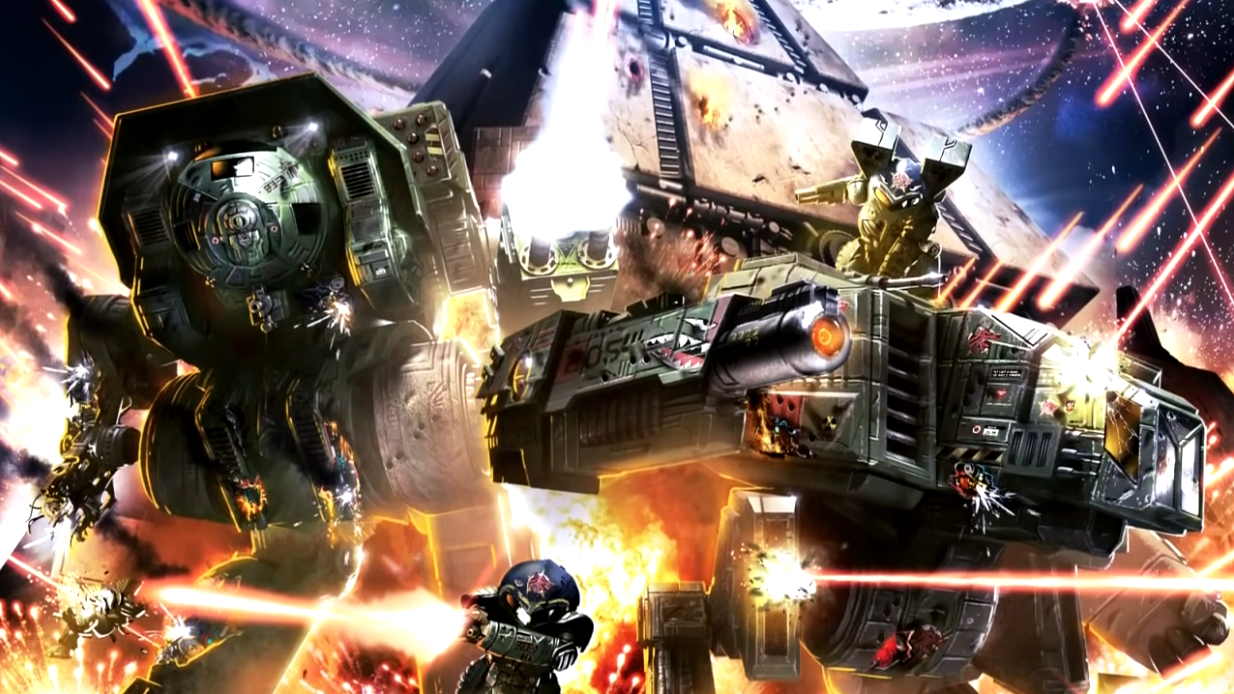 “You went on the offensive a—hole! Your action required that you be bitching and complaining to anyone who would listen to begin with, and the evidence of that fact is that you successfully got a man f—king fired! Return fire,” he denotes, “is a defensive and retaliatory act.”

RazörFist then highlights the Pardoe’s earlier post on J — who Pardoe had hired a private investigator to reveal the identity of — and explains how “Catalyst sadly made the situation infinitely worse by initially capitulating to their complaints about Pardoe, and even allowing them to publish an awful short story in the pages of the BattleTech pulp magazine called Shrapnel.” 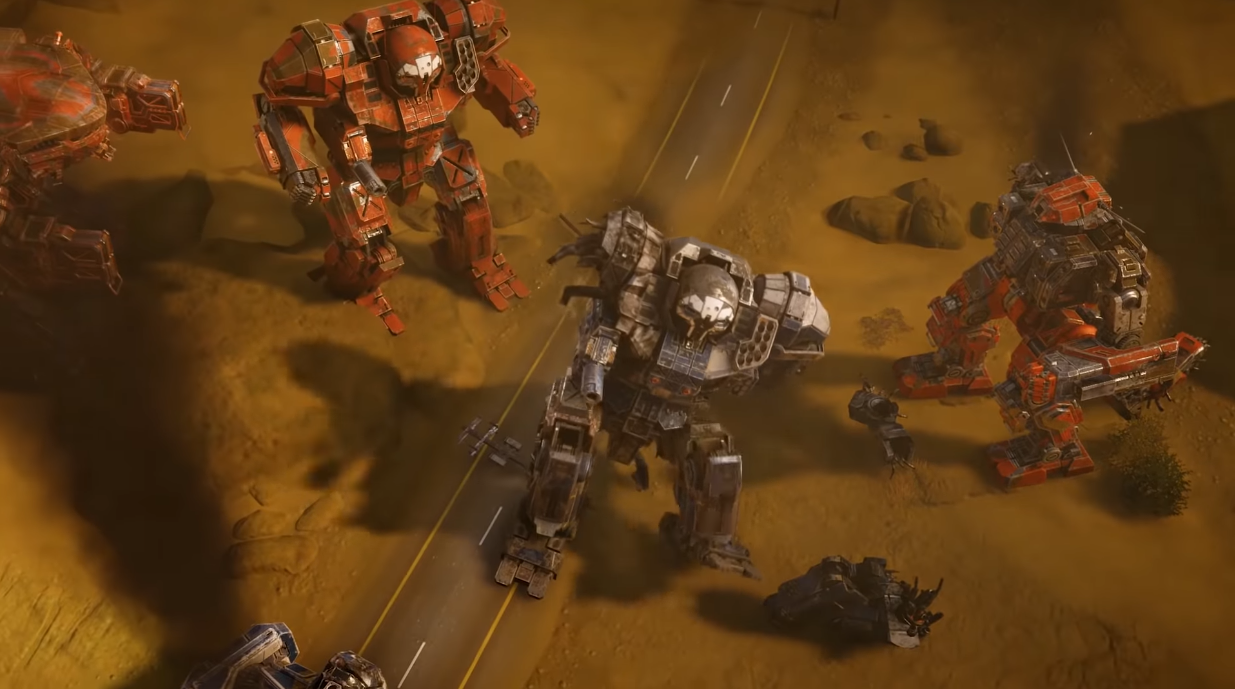 He felt this was what emboldened J, and proposed that since J had contacted Fanatics “two can play at that game.” RazörFist then encouraged his own viewers who are fans of BattleTech to email Fanatics — owners of Topps who in turn own the BattleTech boardgames — to express their dissatisfaction with firing Pardoe and informing them they will not be spending money with them.

RazörFist denies this is a boycott or cancel culture, as fans wouldn’t be “baying for your blood, we don’t want anyone fired; quite the opposite! We want this f—king fixed so we can go back to the stompy robit warcrimes.” 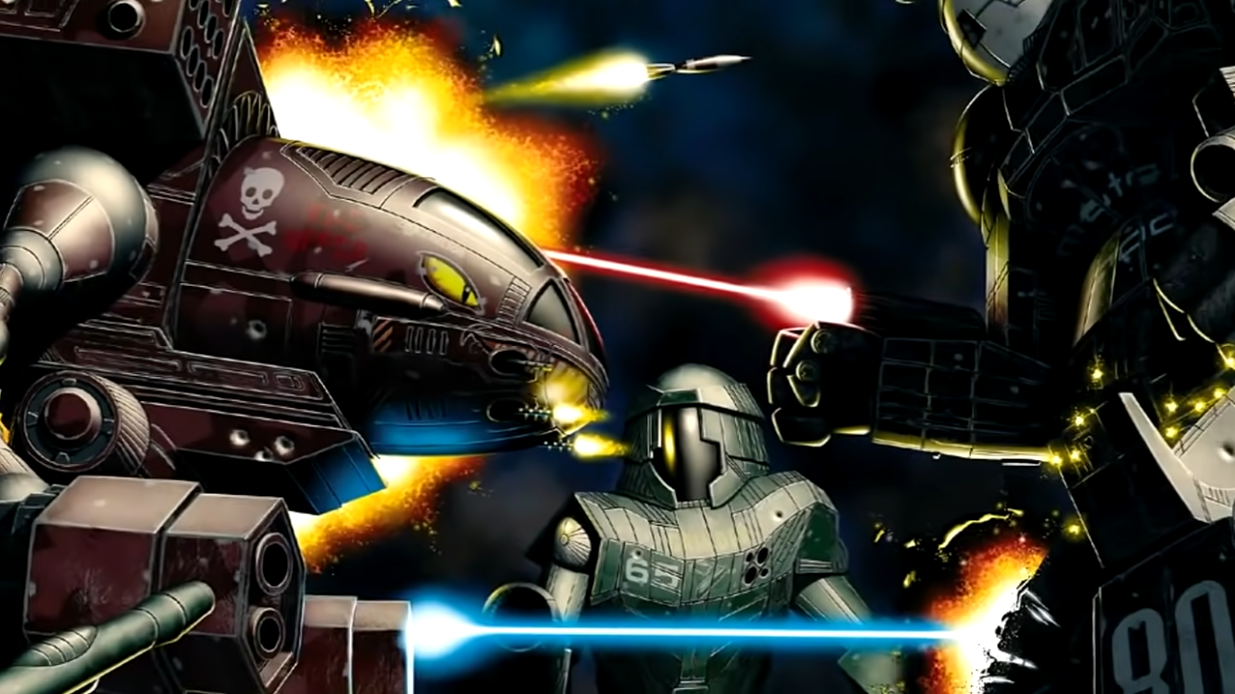 “How do we know? ‘Cuz we caught them paying for thousands of bots to skew two separate polls on RenegadeHPG’s Twitter account about this issue!” RazörFist refers to @renegadehpg’s claims that polls asking if fans supported Catalyst Game Labs’ decision was supported or not were skewed by bots to offer more votes for “support.”

“Approximately 1000 automated votes were registered for the ‘Support’ option around 7:30 am EST, in addition to several hundred that were logged for the same option around midnight (shortly after the poll was initiated),” @renegadehpg claimed. RazörFist also highlighted how @renegadehpg only had a few thousand followers, with less than 30 retweets, and an additional 3000 votes came in less than three minutes.

Does someone have an axe to grind with Pardoe? Were Catalsyt Game Labs powerless to do anything? Let us know on social media and in the comments below.