Most of the information on the panel came from Twitter account ComicsXF, which posted several out-of-context quotes that successfully managed to get an internet mob angry with the X-Men legend’s dry sense of humor. 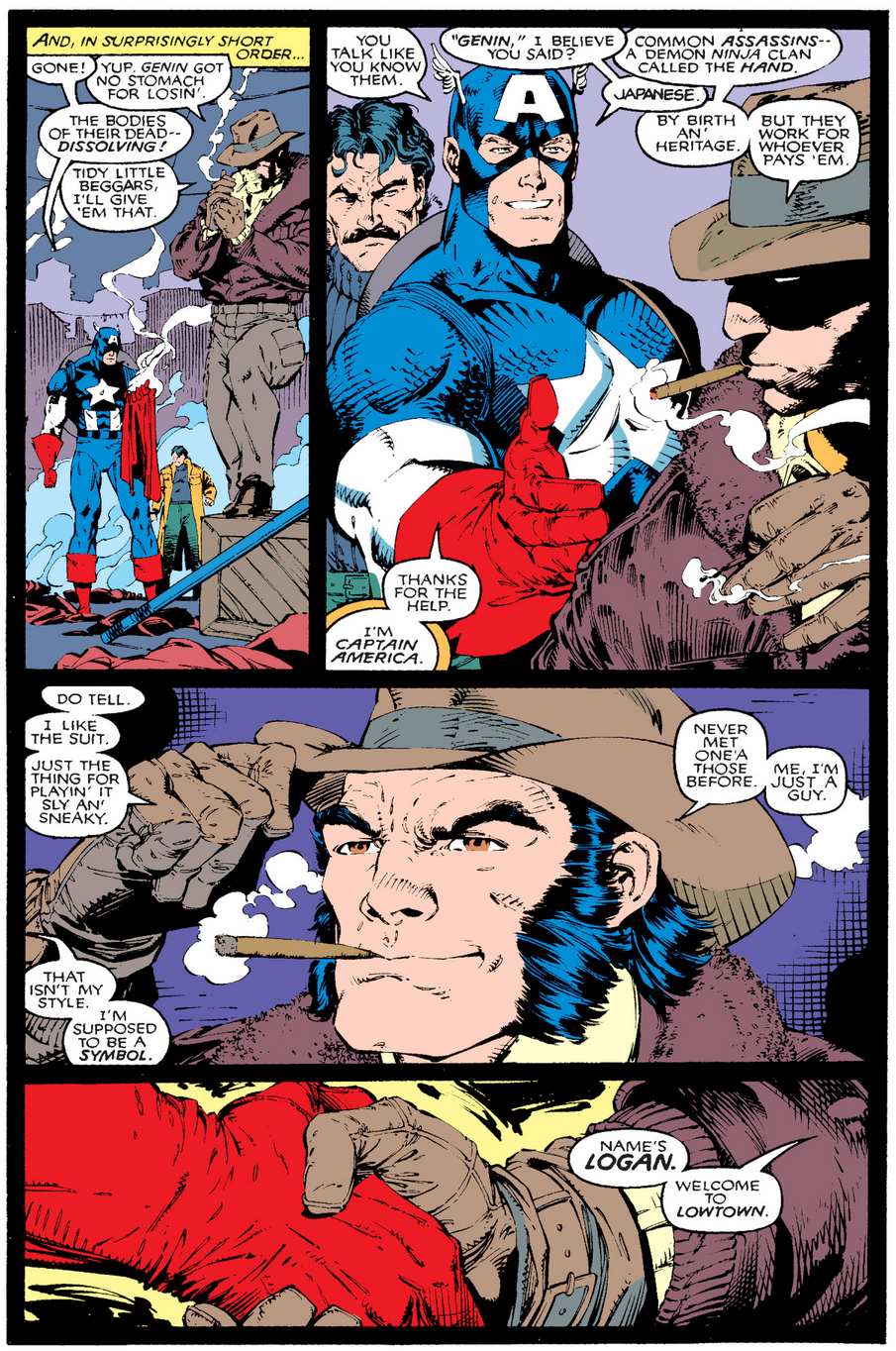 RELATED: Marvel Comics Makes Yet Another Sexuality Swap, Confirms Rachel Summers And Psylocke As Bisexual Couple In Latest Issue Of Knights Of X

The Twitter thread was then amplified by Comic Tropes YouTuber Chris Piers, whose tweet set the internet ablaze with speculation by a woke mob of self-professed comic book fans who surmised Claremont was losing his mind. Others stated the prolific X-Men writer was “problematic.”

“Chris Claremont’s appearance seems to be going poorly. If the reports are accurate, he’s saying some pretty inflammatory things,” Piers wrote in his tweet.

By contrast, many fans and creators from the #ComicsGate movement, a group that resists extreme identity politics in the mainstream industry and creates comics more in line with mainstream tastes, came to Claremont’s defense; echoing Claremont’s comments lamenting the direction MCU films and X-Men comics have taken due to Disney and Marvel’s woke agenda. 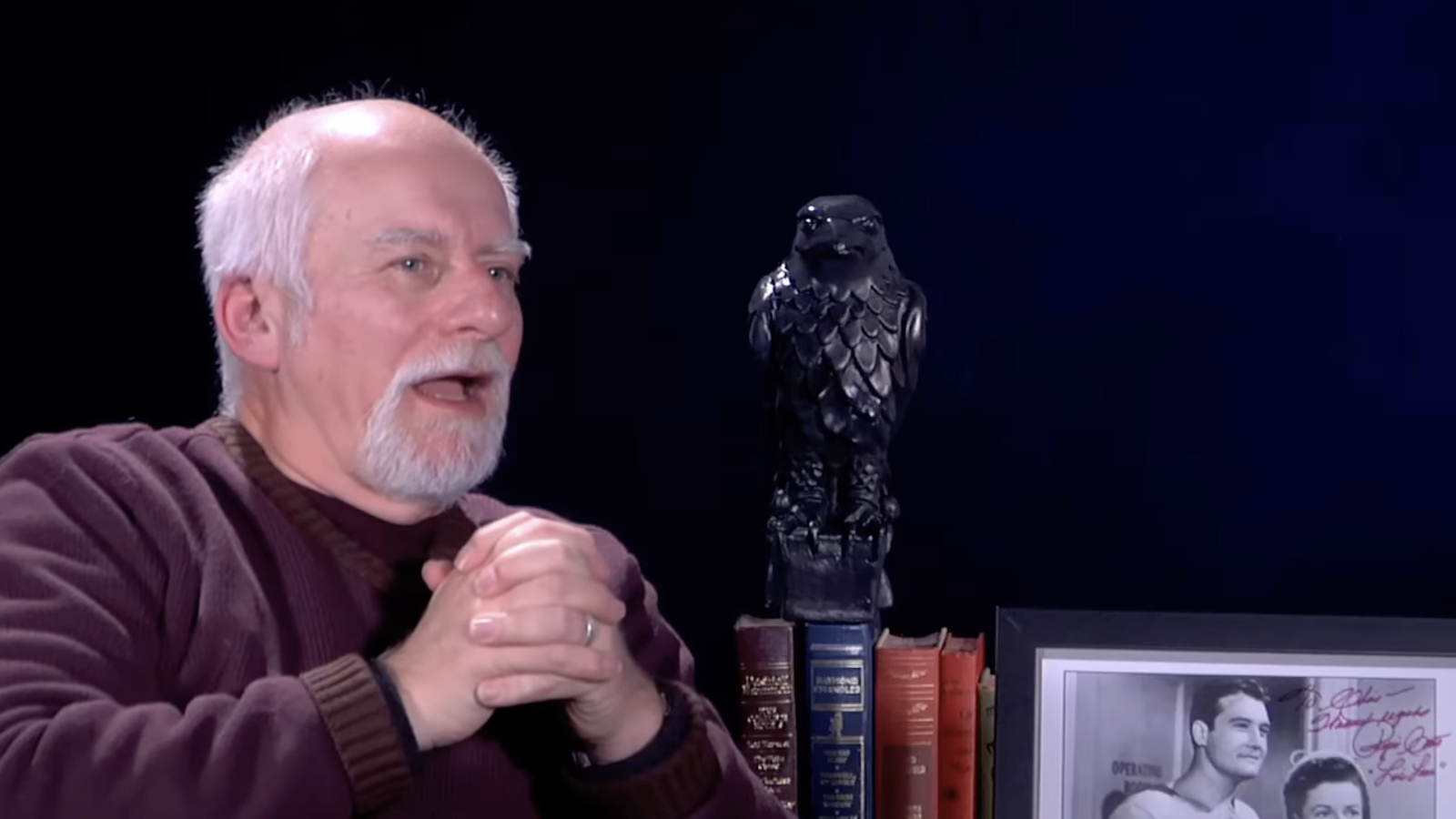 As of this writing, no video has surfaced of the recent C2E2 panel; only a summary of sorts that was loosely described by the ComicsXF Twitter account.

The first several tweets in the thread come across as the user taking issue with the fact that Claremont was late to the panel before the users takes aim at the Marvel writer’s jokes.

“’Doug found out it’s not good to be a slave in Asgard’ it got a chuckle from people who understand being a slave anywhere is bad,” tweeted ComicsXF, implying Claremont doesn’t understand slavery to be a bad thing; without providing any further evidence to back this non-sensical argument.

RELATED: The Mutants Reported As Title For MCU Debut Of The X-Men Following Marvel Studio Head Of Production Victoria Alonso’s Accusation That The Team’s Name Was “Outdated”

Reporting that the X-Men legend had allegedly made fun of the MCU’s much-maligned Thor: Love and Thunder, the user declared Claremont was “Complaining about Thor Love & Thunder” and asserted “Tessa Thompson should go make another ‘Men In Black, sorry Person’s in Black.'”

The famed X-Men writer appeared to have been making a dry joke about identity politics and how Marvel  has forced them forced them into their films and comics at the expense of writing.

“Says he can get away with being “another white guy playing fast and loose with racial identity because I’m British and we’ve been doing this for 1000 years,” Claremont reportedly joked, doubling down on his stance about identity politics in media.

ComicsXF then reported Claremont followed up with another joke, citing the Marvel legend would allegedly “turn Kitty into the cosmic daughter of T’Challa and Storm thanks to the Panther God. Would have turned Kitty Black.” 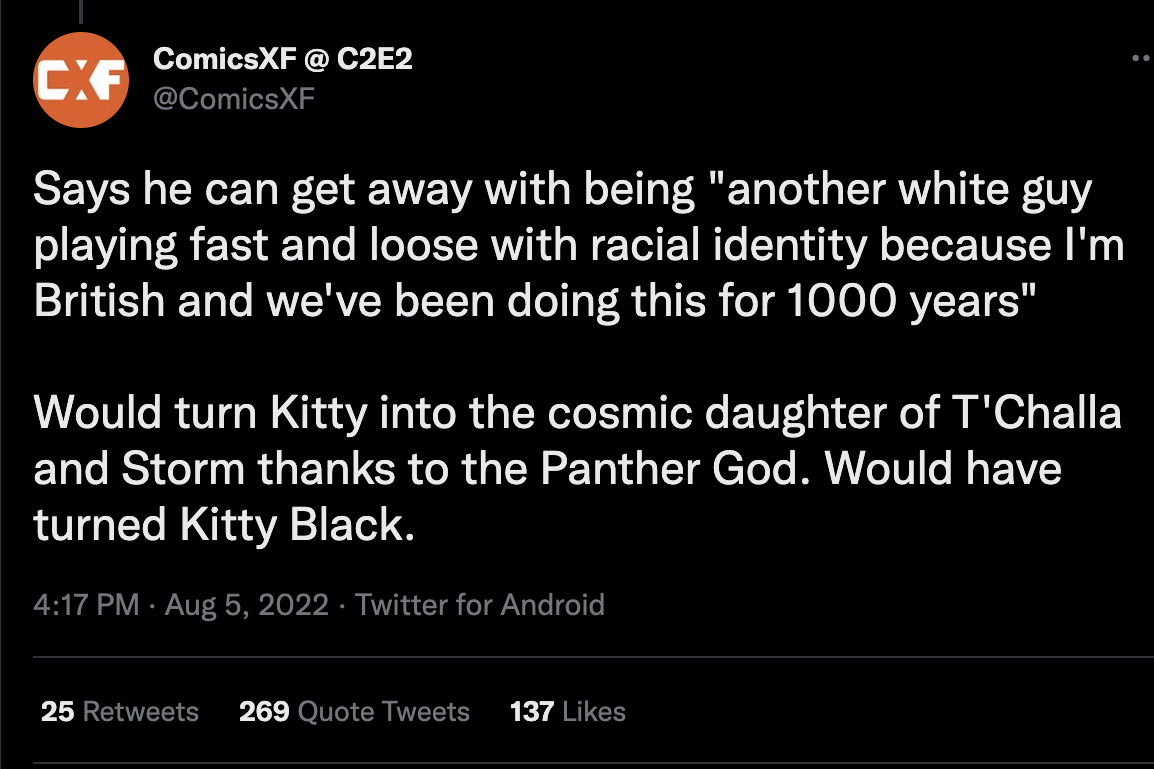 Judging by the tweets, it is safe to assume Claremont didn’t taking himself too seriously and was only joking around, but the woke mob led by Comic Tropes found his words to be deadly offensive, taking Claremont’s tone instead to be angry and ranting.

However, Claremont’s dry humor is a hallmark of his appearances; something any real fan of the renowned writer would catch onto immediately. 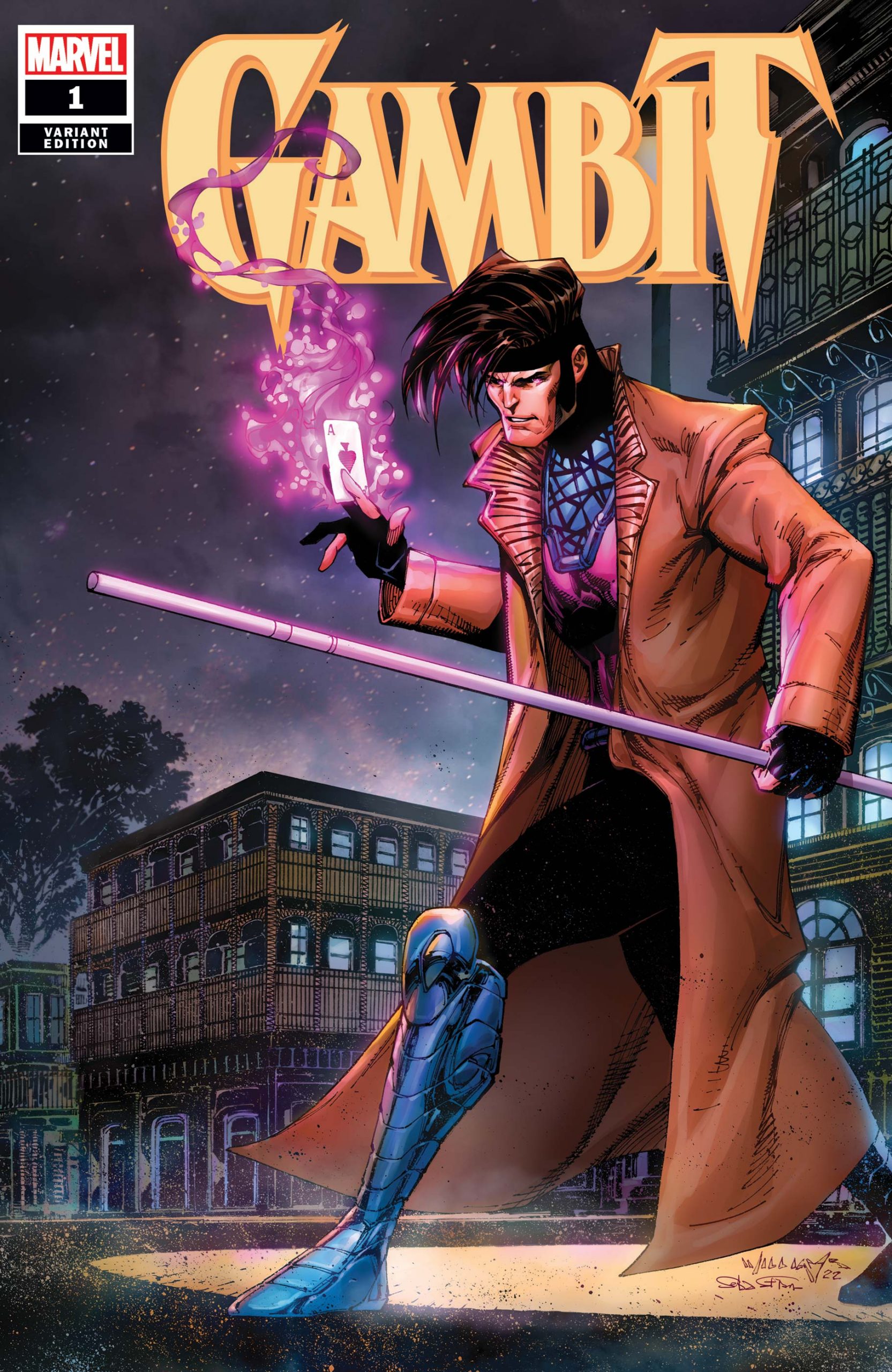 YouTuber, Comics by Perch, shared a much more level-headed take on the situation, asserting Claremont’s comments were “the same jokes he’s been telling for twenty years, but hey, it turns out people do not pay attention.”

The Twitter mob led by Comic Tropes seems to have been led astray by a rabid identitarian. Piers had already attempted to lead an outrage mob against Dynamite Comics in the past, because the publisher was allowing a variant cover to be made featuring ComicsGate YouTube personality Cecil Says.

Comic Tropes tweeted ScreenRant’s lambasting article about ComicsGate, titled “Dynamite Loses Top Talen, Faces Backlash After Comicsgate Support,” asserting that the aforementioned publisher “sure shot themselves in the foot this week. Alienated a lot of customers and talent.” 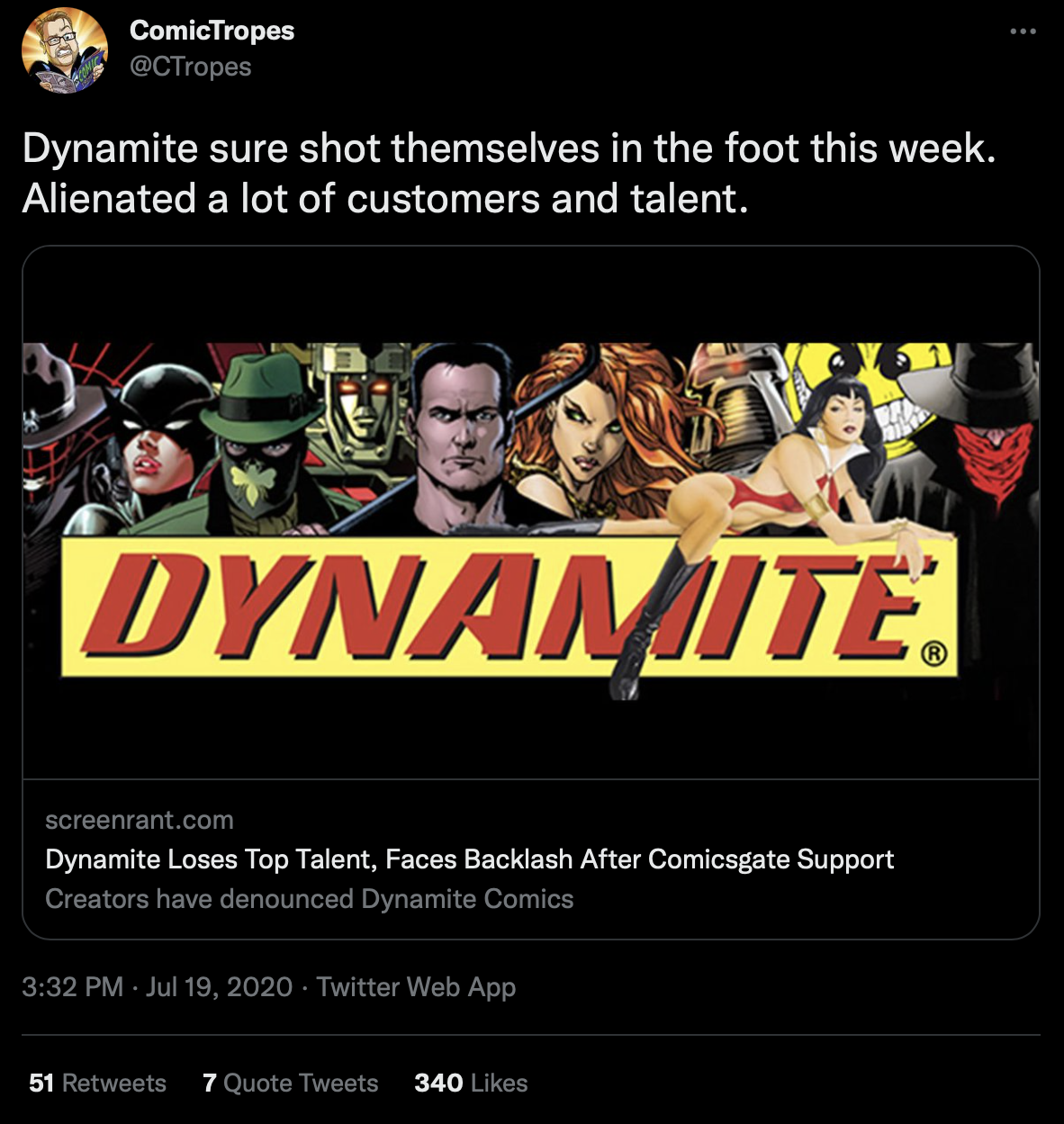 Under the tweet’s comment section, Piers would go on to accuse Comicsgate  of “racism and harassment” in an argument former Marvel Comics artist Jon Malin, who responded to Piers’ tweet targeting Dynamite Comics.

Comic Tropes then fired back, declaring, “Don’t bother trying to gaslight me, Jon. We’ve all seen the racism, the harassment and the doxxing. Not saying you do that but a hell of a lot of CG folks do.” 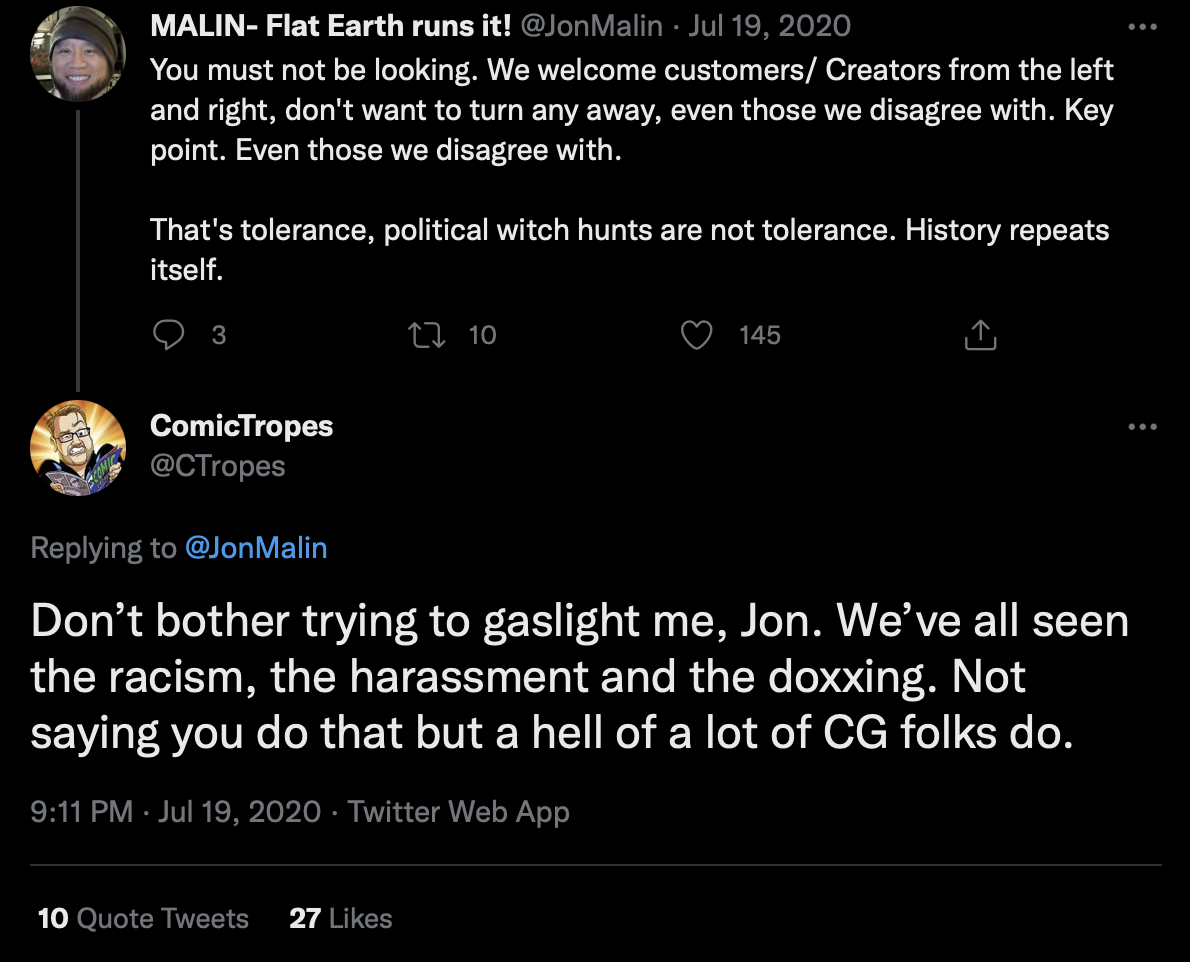 Claremont’s statements seem to be innocuous jokes taken as serious by an angry mob on Twitter, spurred on by a group that tries to cancel anyone who doesn’t espouse the same talking points often spouted by extreme left-wing groups.

Even though Claremont has shown himself to be a mostly liberal figure over the last several decades, some people can’t handle that one of the greatest creations in comics in the X-Men was made by an old white man. 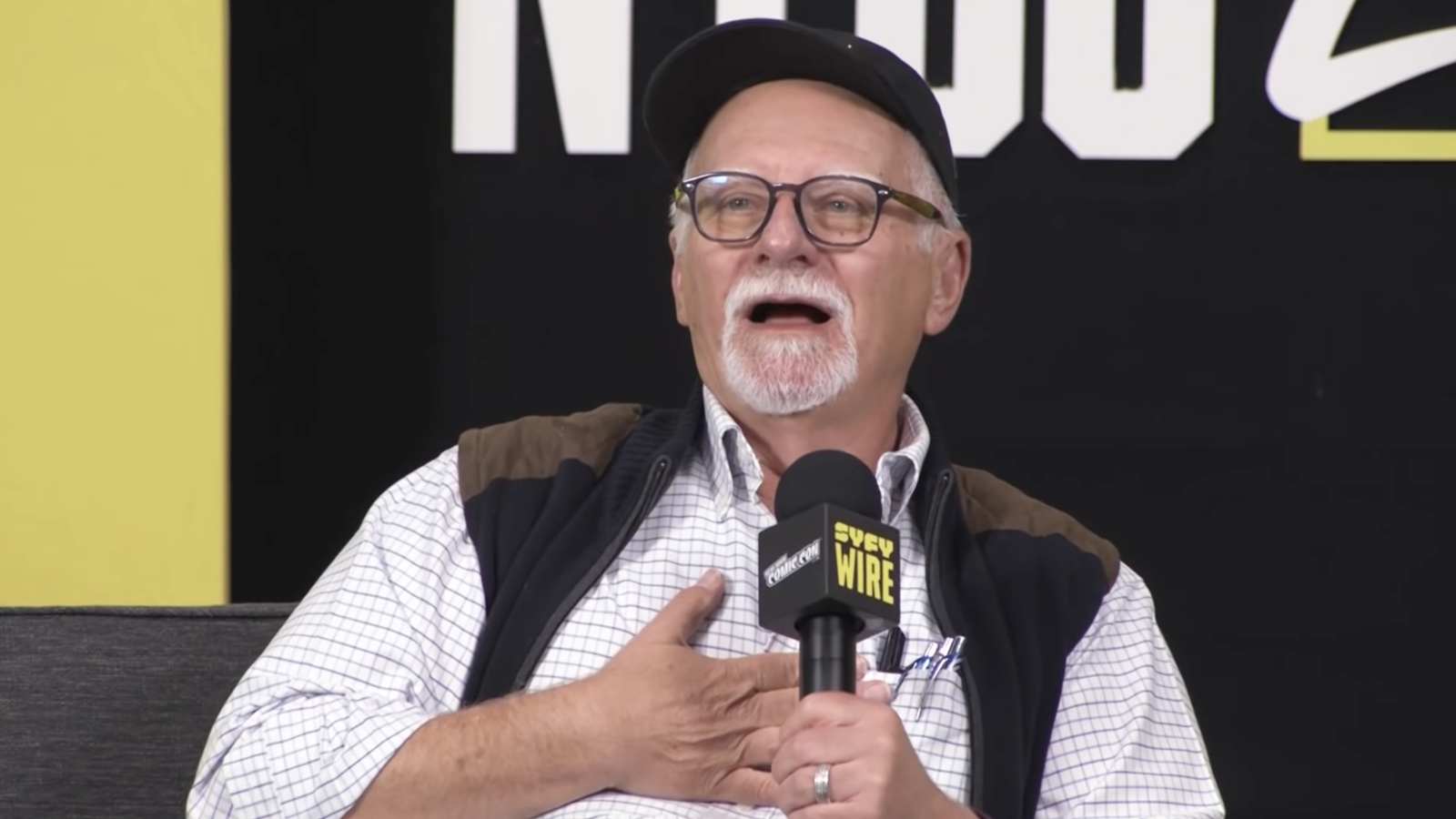 What do you think about Chris Claremont’s C2E2 statements? Leave a comment below and let us know what you think.