On Aug. 17, Netflix released a teaser trailer for its forthcoming Wednesday series, which features the eponymous character inflicting a devastating injury on a white, male student that one news outlet described as a “castration.” Should people whine and cry about this, or respond in a much different way? 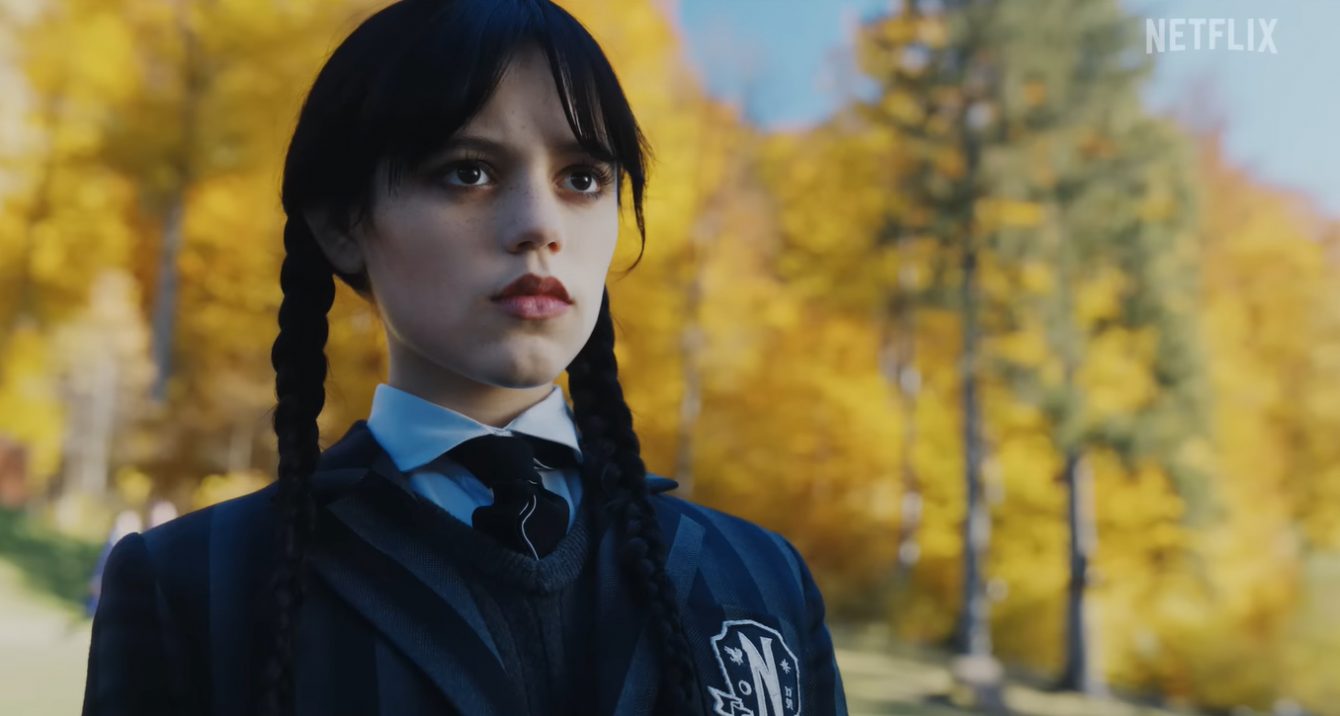 The teaser trailer begins with a few shots of Wednesday at Nancy Reagan High School where all the preppy white kids glare at her and her goth look. How original.

Somewhere around the 0:20 mark she approaches what appears to be the high school water polo team who are in the midst of a practice. After a back and forth with one boy (Dalton), Wednesday drops two bags of piranhas into the pool and as they launch into a frenzied attack her voiceover says: “I did the world a favor; people like Dalton shouldn’t be allowed to procreate.”

The boys scramble to exit the pool but Dalton doesn’t make it out in time. As he is halfway out of the water we hear biting sounds, see lots of blood coming from his waist area, hear him scream, and watch Wednesday smile.

The AV Club summed up the incident with the headline: “In the first full Wednesday teaser, the consequence for castration is boarding school.” 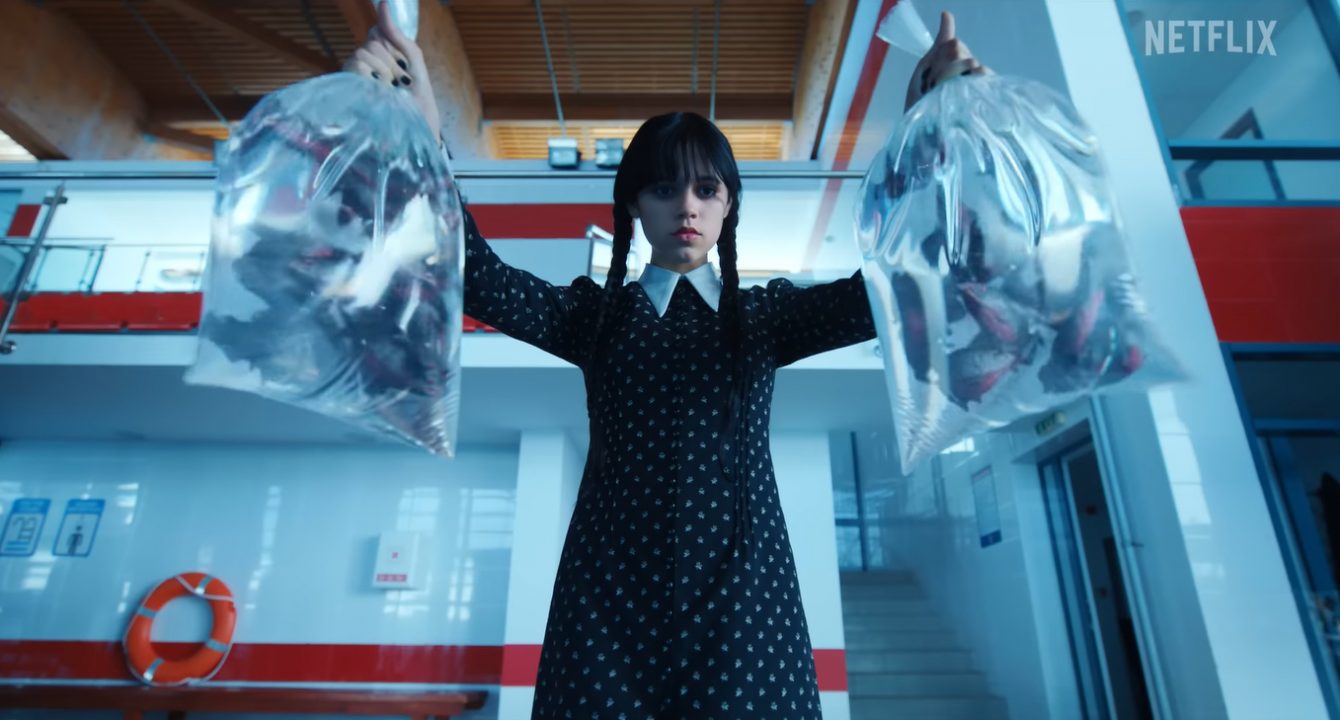 Maybe the actual series will show that the injury isn’t as horrific as the trailer makes it seem, but since the trailer definitely wants us to think that it is indeed that horrific, we’ll go with that for now. And then we’ll ask: should people start complaining about how Hollywood thinks it’s funny to depict a white, male student suffering a devastating attack on his reproductive organs?

No. Instead, people should just note it and now feel free to tell stories about catastrophically attacking the reproductive systems of non-white females (high school age or older). 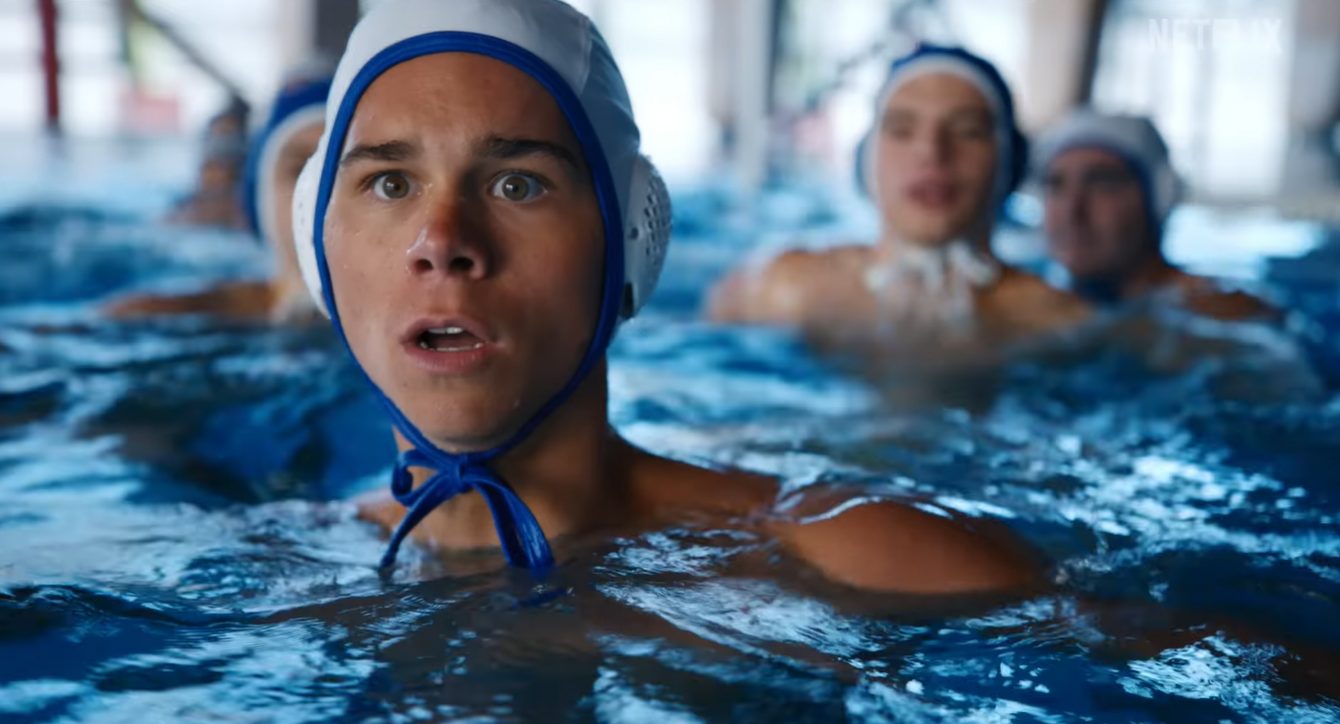 Cue the screaming—not just from progs but from conservatives and libertarians. “You can’t do that!” they’ll say.

“Yes we can. Hollywood has set the precedent.” 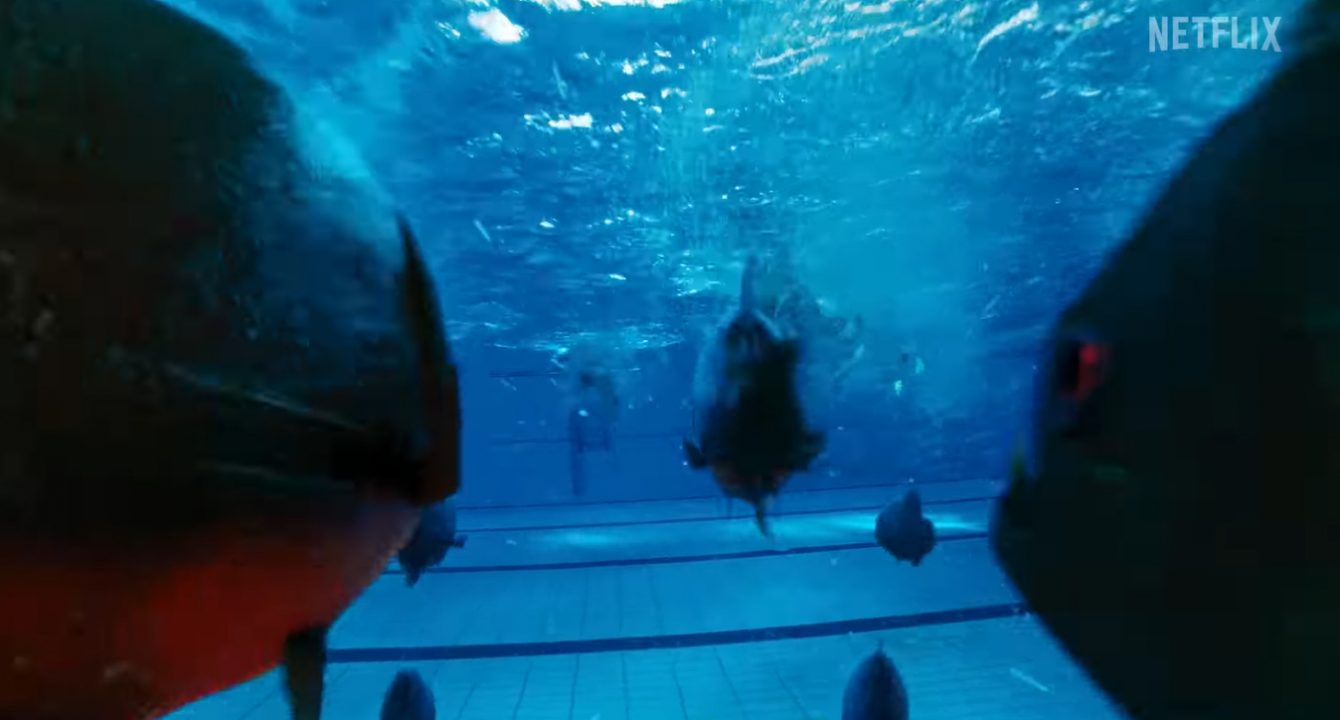 “But that doesn’t mean we have to lower ourselves to their level! We have to take the high road!”

“What’s honorable about surrendering? I’d rather not.” 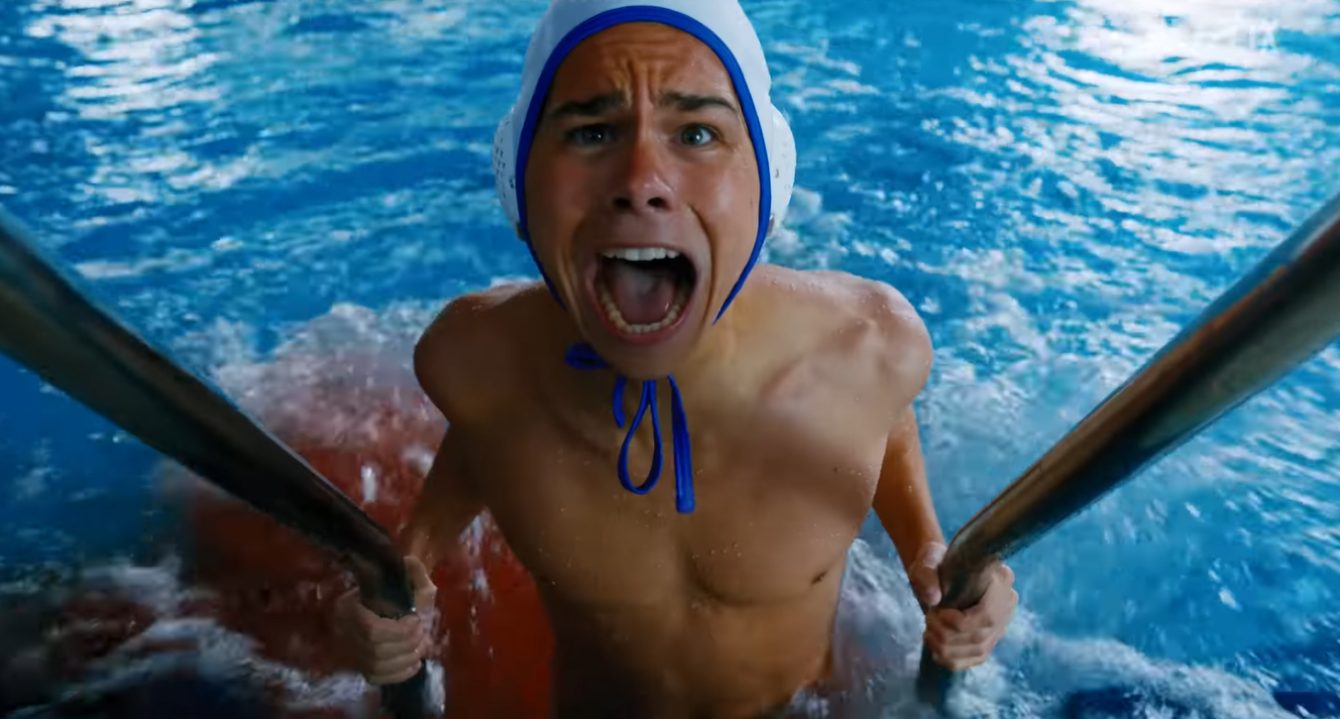 “Besides, The Addams Family has always been into dark stuff like this! You can’t object to that!”

“Great. Then no one will object to dark stuff going in an entirely different direction.”

“Extremism from both sides is what’s tearing us apart! And we can be sure progressives will call us ‘Racisssss!’ and cancel us—or do something even worse—if we go this route!”

“I’m walking away from you now because this conversation is quite boring.”

Seriously, it’s time to realize that Hollywood—and progressives as a whole—have nothing in common with us on a fundamental level. There is no point in whining about it or debating with them any longer.

Put another way, they don’t like us and there’s nothing anyone can do to change that. Looong past time to acknowledge this quite clear truth. 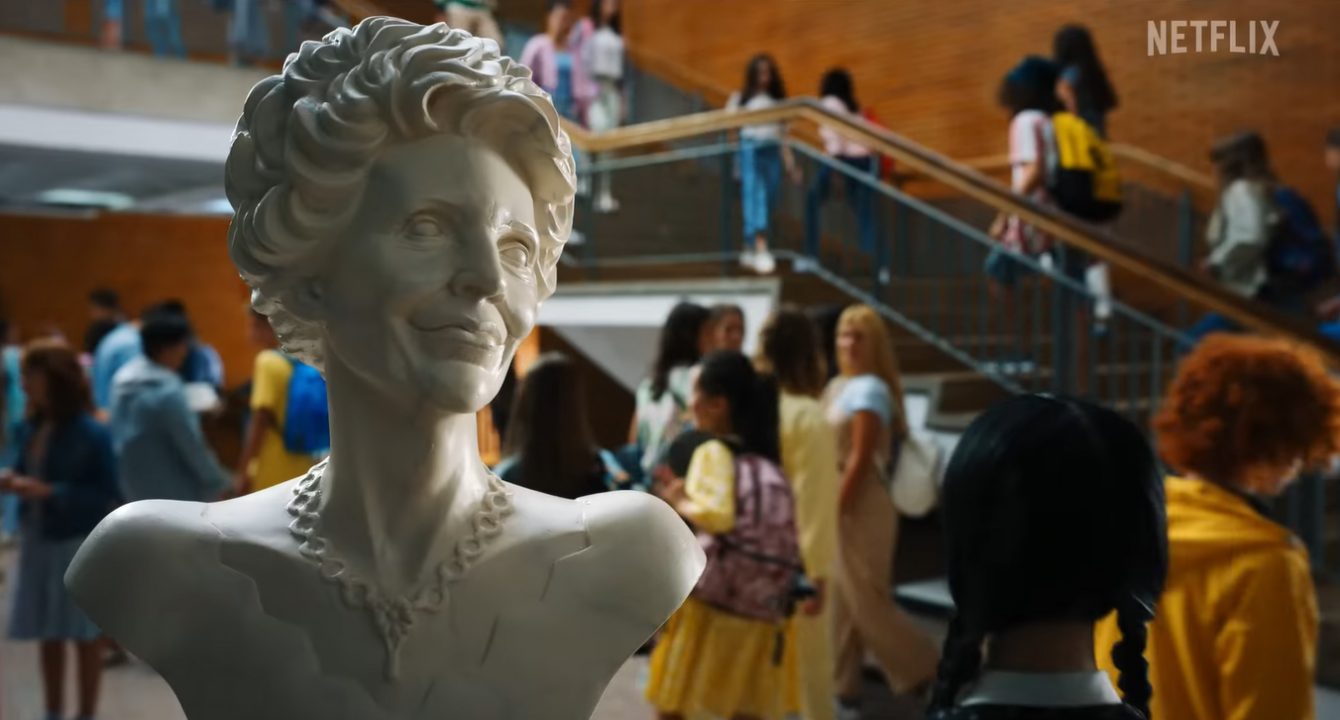 Simply play by the rules that they have set. And it’s possible to do so without becoming hysterical.

In fact, if you haven’t been reading this post with a Ben Stein voice in your head, feel free to read it again in that manner—because that’s the tone with which I write this. It’s just a blasé observation about the state of modern times.

In short, what I’m saying is that the focus should be on reciprocity and not, “Look at what progressives are doing now!” After all, if people don’t understand reality in 2022 . . . well, that’s on them.

NEXT: Friends Co-Creator Marta Kauffman Says Referring to Chandler’s Transgender Father As A Male “Was A Mistake”