Believing their meddling to be the reason for The Book of Boba Fett’s stunt team recent Emmy snub, The Mandalorian series stunt coordinator Ryan Watson has called out Disney for their mismanagement of the Star Wars brand and how they’ve not only managed to turn it into a “failing franchise”, but in the process also “screwed over” his former co-worker, Gina Carano.

Watson, who has provided both stunt and fight coordination work for the Din Djarin-centric spin-off series ever since its inception, voiced his initial frustrations towards the House of Mouse in a September 5th post made to his personal Instagram account.

Taking to the social media platform following The Book of Boba Fett‘s securing one Emmy win for “Outstanding Special Visual Effects In A Season Or A Movie” but losing out on the awards for their other nominated categories of “Outstanding Sound Editing For A Comedy Or Drama Series”, “Outstanding Fantasy/Sci-Fi Costumes”, and “Outstanding Stunt Coordination For A Drama Series, Limited Or Anthology Series Or Movie”, Watson shared an image of The Mandalorian‘s past Emmy and Screen Actor Guild Awards and declared, “The Emmy’s were yesterday , and Star Wars lost, [but] just a reminder to my stunt team, or should I say OUR STUNT TEAM, we did it we have won!” 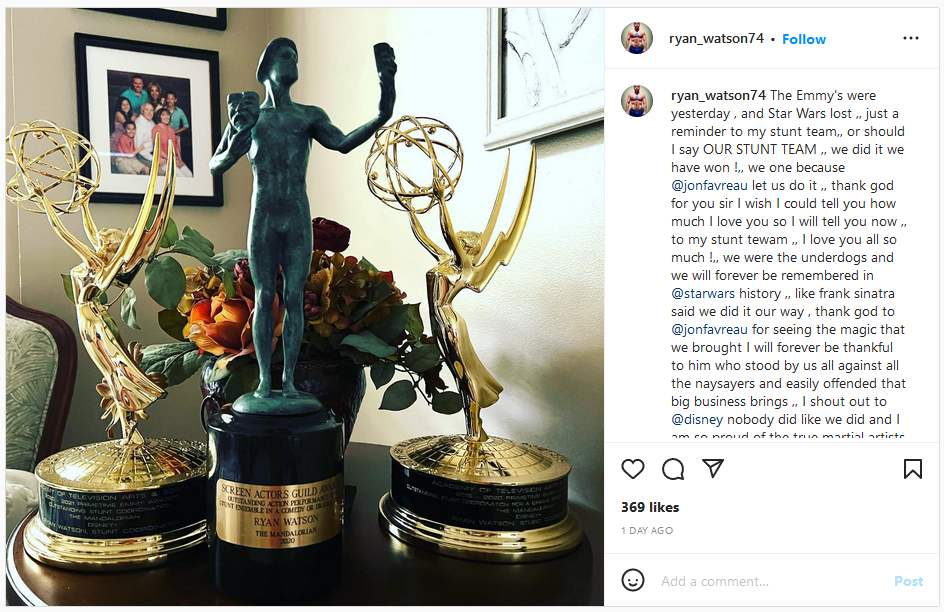 “We won because Jon Favreau let us do it,” he continued. “Thank God for you sir. I wish I could tell you how much I love you so I will tell you now.”

To this end, Watson then turned to offer a number of thanks to his cohorts, starting with his stunt team.

“I love you all so much!” he exclaimed. “We were the underdogs and we will forever be remembered in @starwars history. Like Frank Sinatra said, we did it our way. Thank God to @jonfavreau for seeing the magic that we brought. I will forever be thankful to him, who stood by us all against all the naysayers and easily offended that big business brings.” 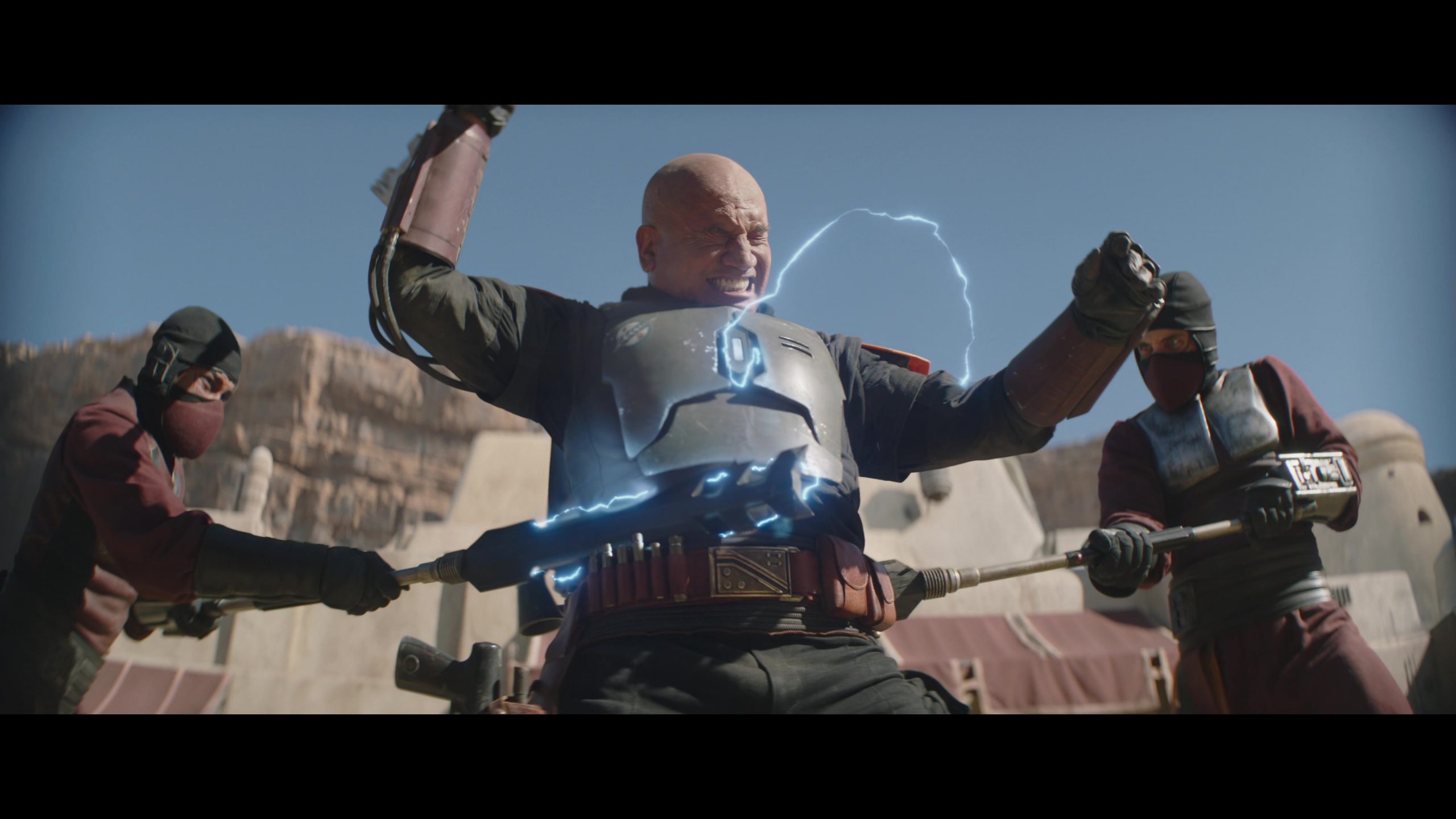 “I shout out to @disney nobody did like we did and I am so proud of the true martial artists and stunt performers that made seasons 1 and 2 legendary and we made history!!” Watson added. “We brought back Star Wars from a failing franchise and we should all be proud . We had Mozart in our blood and the Saliers [a reference to the noted rivalry between the two composers] of the world tried to tell us it was our fault!! Our art stood strong and forever we will be remembered as the best action Star Wars ever had.

“Mozart died thinking he was a failure, but the audience has spoken and forever we will be remembered as reinventing a dying brand,” he said. “I’m so proud of you all the two Emmy’s WE WON WILL GO DOWN IN HISTORY. If only big corporations could see the beauty that we gave the world. Our stunt team was ‘Amadeus’ and sadly I see it becoming Saliere.”

“Everyone will remember the magic forever and my love for @ninjoeperez @samlooc @lateefcrowderdossantos @sideswipedonald @laurenmarykim @sunmoonl all is in my heart forever,” he further lauded. “As for the haters I quote [Peter Shaffer’s 1974 play] Amadeus: “What can I say but Saliere ” I love you all we won two Emmys and the fans noticed real Martial Artist because real Art is undeniable. The corporate world for some reason just can’t take it. Art is untamable.” 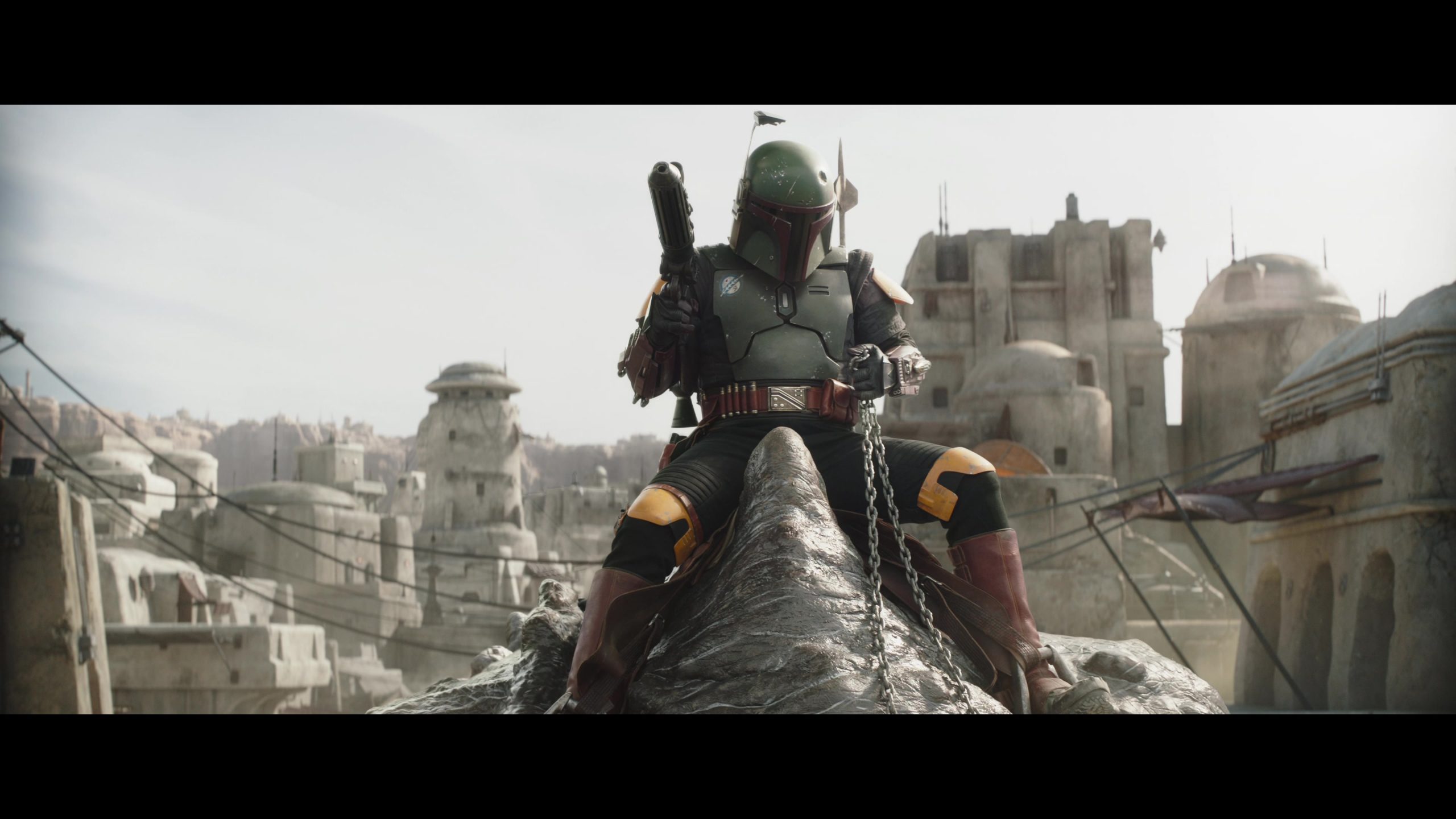 Drawing his post to a close, Watson asserted, “This was 100 percent @jonfavreau. Thank you Master Fav for having vision. I’m sorry that even you with your artistic genius has to face the corporate machine.”

“To the audience thanks we have so much more to give,” he concluded. “Share this post. The audience has spoken!! Special thanks to my mentor @tmfwu360 for telling me to follow my art.” 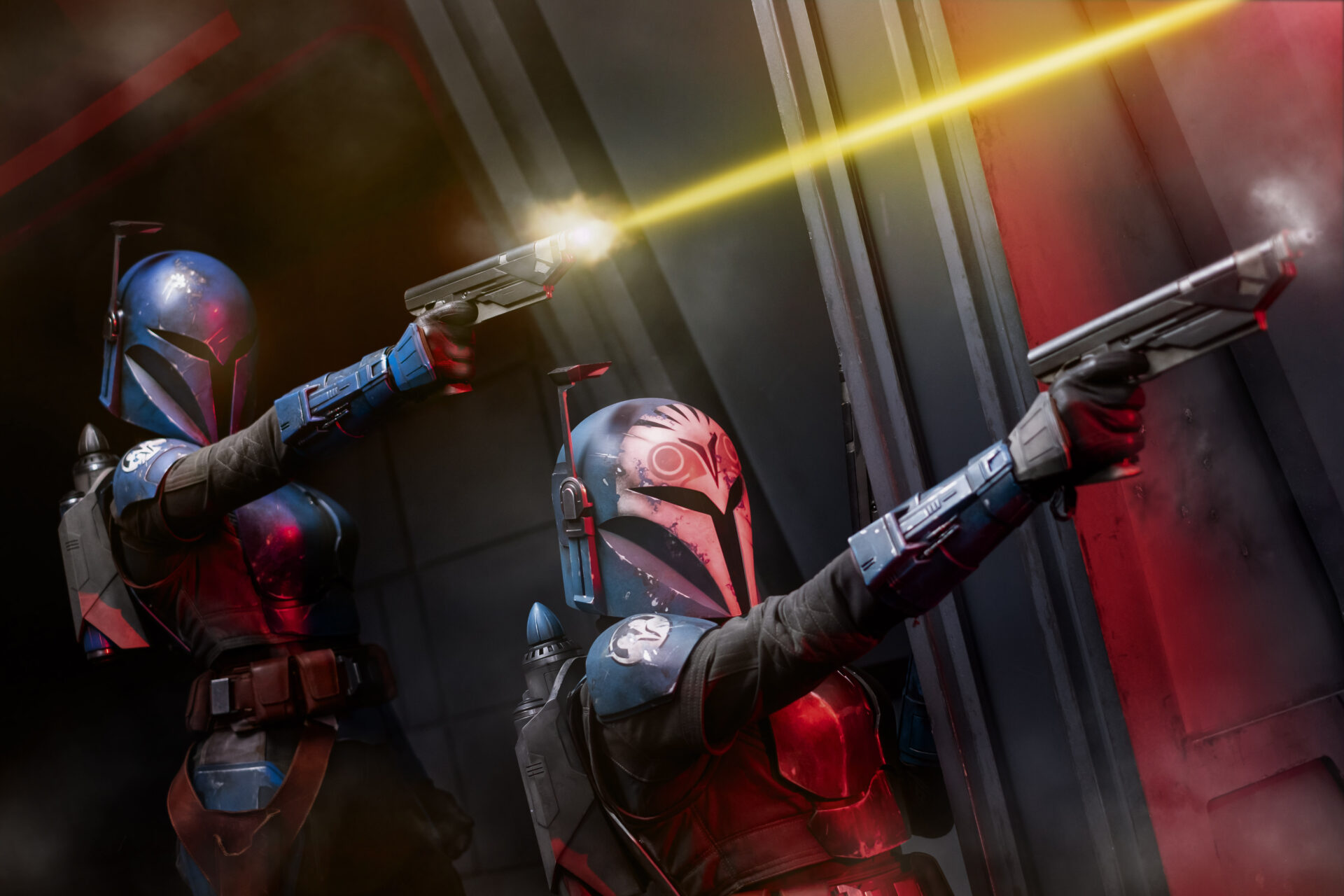 Unfortunately for Watson, it seems his post caught the attention and eventually ire of Disney themselves, as several hours after it went live, the stunt coordinator returned to the post to comment, “So I just got called by Disney for saying how I feel.”

However, rather than backing down, the performer countered, “Ask @colinwilson why he started this mess in the first place.”

“[Ask] a lot of fans of @ginacarano how they feel about my post,” he suggested. “She got screwed over too. Ask Mr Wilson why he started this mess in the first place. I love my art and the fans loved it too.” 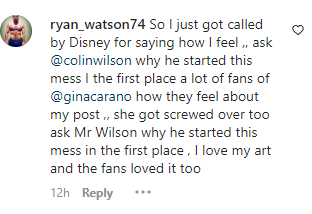 Apparently sparking controversy within the stunt coordination industry over his peers’ belief that he was directly insulting The Book of Boba Fett stunt coordinator JJ Dashnaw, Watson returned to Instagram the next day to apologize to his cohort and clarify that his post ” was in no way about [him or the team]. I was pointing out the frustration that actually happens to every stunt coordinator.”

“Dashnaw is a wonderful stunt coordinator,” he said in a personal video message. “I worked with him on [The Book of Boba Fett], he’s a great guy who knows what he’s doing, and the guys he used were a lot of the guys I used, so it wasn’t about that.”

“What it’s about,” he then revealed, “is how sometimes it’s like you can get a winning formula, and then for some reason they just try to change it.”

“My team and myself, I was done wrong and not by Jon Favreau, he supports me, I love you, I hope this doesn’t hurt our relationship,” he reiterated from his original post, before asserting, “what I was trying to get at is that it seems that every time you get something good in the [projects]…Seasons 1 and 2 I did, Boba Fett didn’t do so well, and it wasn’t because of Dashnaw – it was because as stunt people we do not get listened to on how to shoot action.”

“And it just amazes me that, especially at Disney, they have these people that are trying to shoot what we choreograph,” he opined. “We make up the action and a lot of times and we don’t have a say in how it’s shot.” 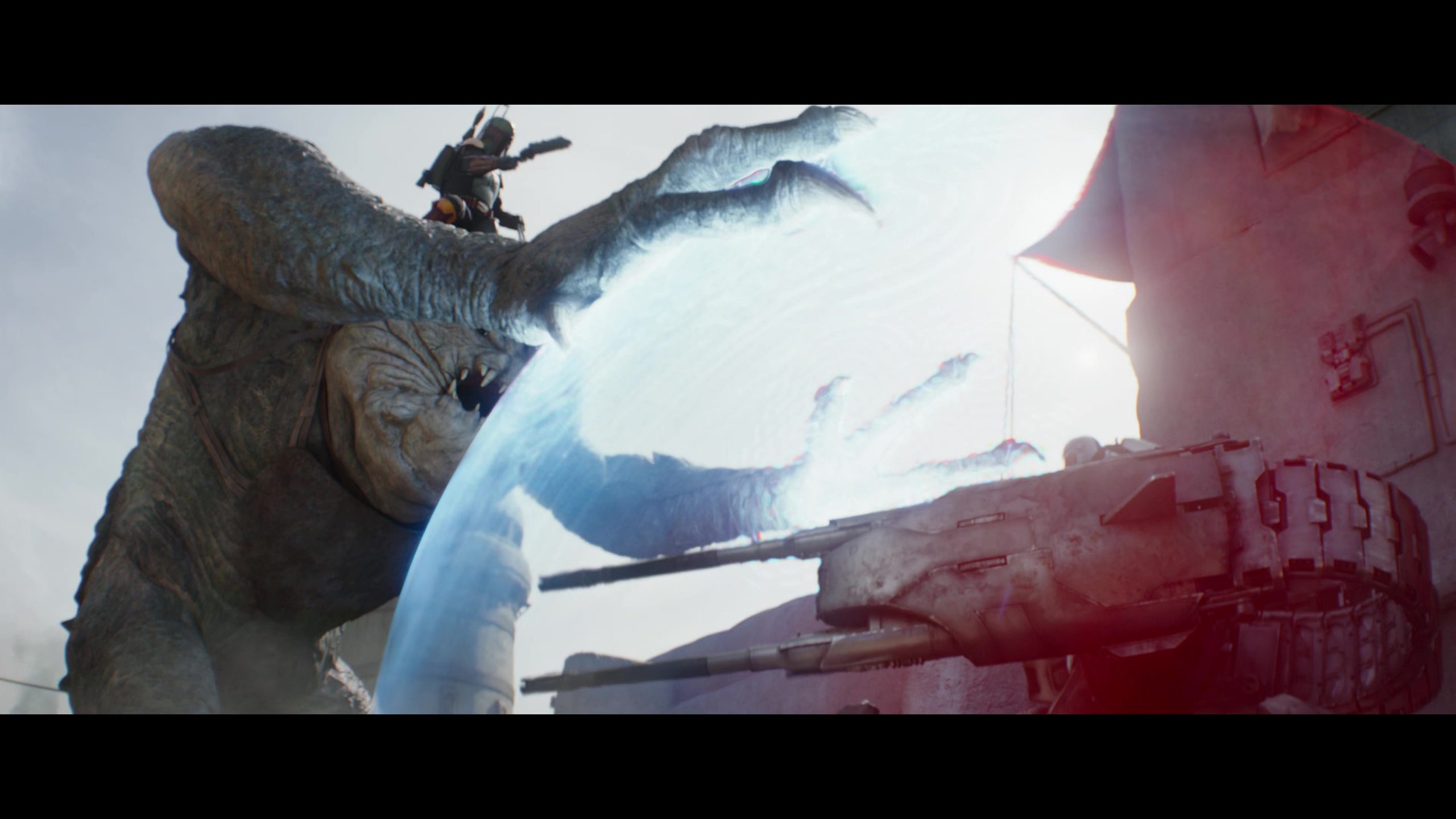 Reaching to Hollywood for a concrete example of this phenomenon, Watson turned to an old classic, telling his followers, “If anyone remembers back in the old days of The Cannonball Run, when Jackie Chan was brought out to America, the American film makers didn’t listen to him and the action looked like s–t. 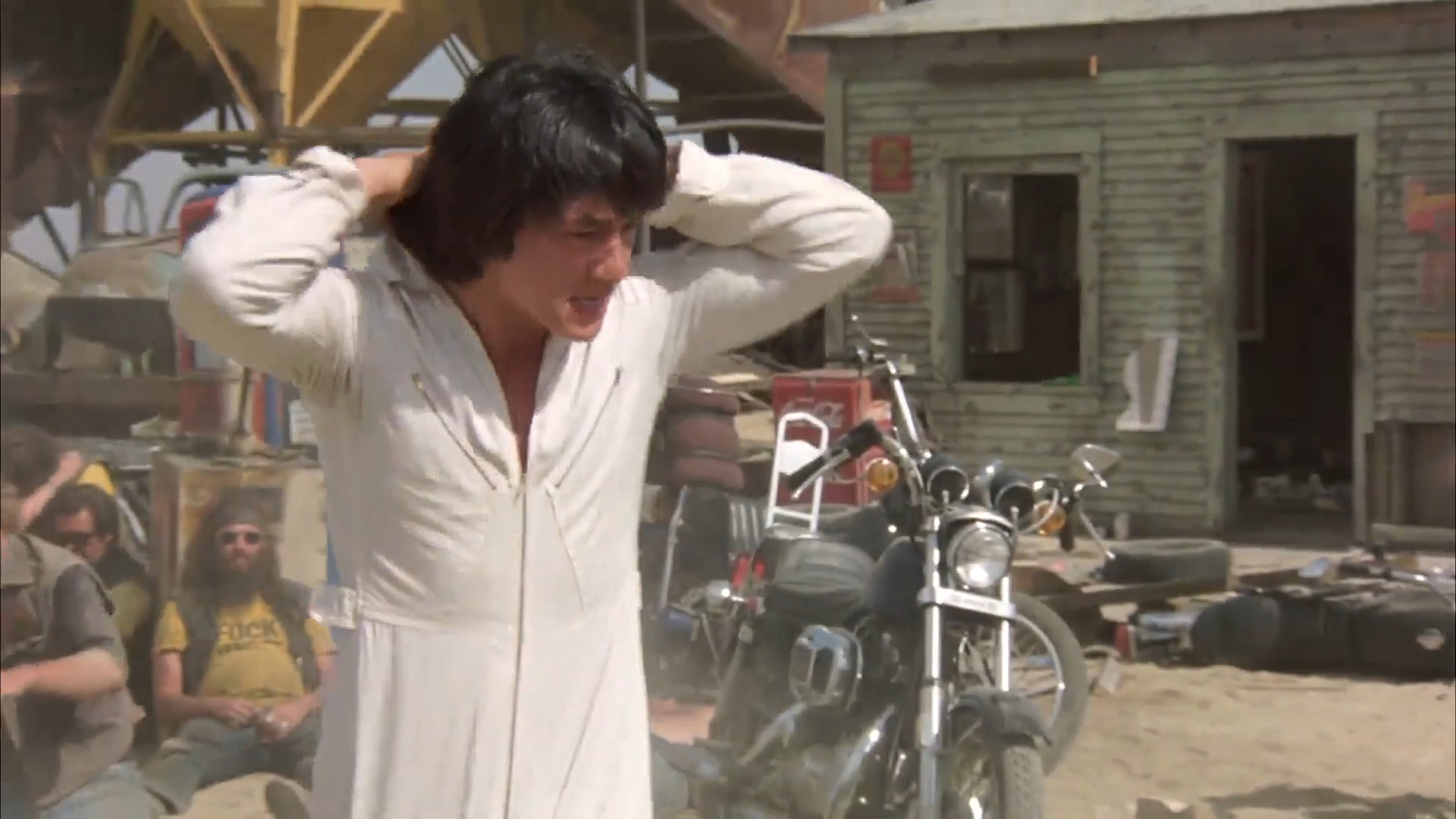 “Why don’t you guys listen to the masters and the artists on what we do?” Watson proceeded to question. “Whether it’s martial artists, special effects, whether it’s the stunts, or the building of the sets. These are all great artists, but there’s always someone who comes in and goes, “Nah, nah, I wanna put that there or whatever”.

“Same thing with the choreography,” he added. “[They say] ‘Let’s just do this here”, you don’t have any idea what you’re talking about.”

“I can’t imagine someone going up to a surgeon during open heart surgery and going, ‘Hey you sure you wanna cut that artery right there? I’d like to cut it over there,'” he further proposed.

“And that’s why movies, sometimes fail,” Watson declared as he wrapped up his video post. “Because they don’t listen to the artists and the business side of it takes effect and it doesn’t work. And it’s just frustrating because I felt I was done wrong there.” 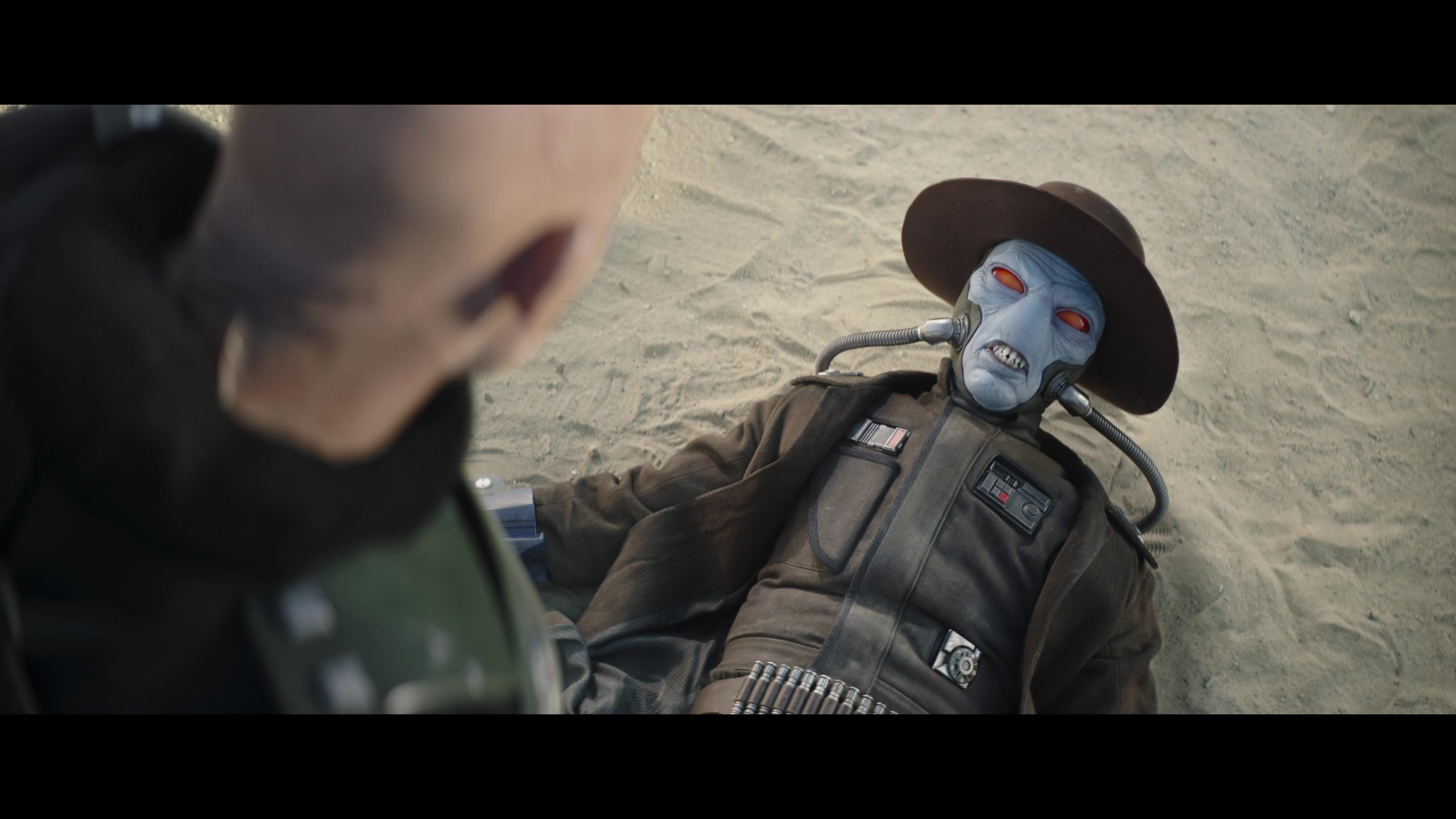 Watson then briefly noted, “I’m not stunt coordinating over there anymore and I was never given a reason, so this whole thing is on the producer, whose name I’m not going to say out of respect because we are always respectful.”

“They got rid of Gina Carano, she was well liked,” he said. “So, that’s all I was saying.”

Ultimately, Watson reasoned rhetorically to Hollywood, “Let us do our job. We know what we’re doing. They do it in Hong Kong and it blows our movies away. Donnie Yen gets to have a say in what he does, they don’t come in and change his shit.”

“Quit changing our s–t,” he concluded. “We’re making you look good. Stop making yourself look bad. This is your fault.” 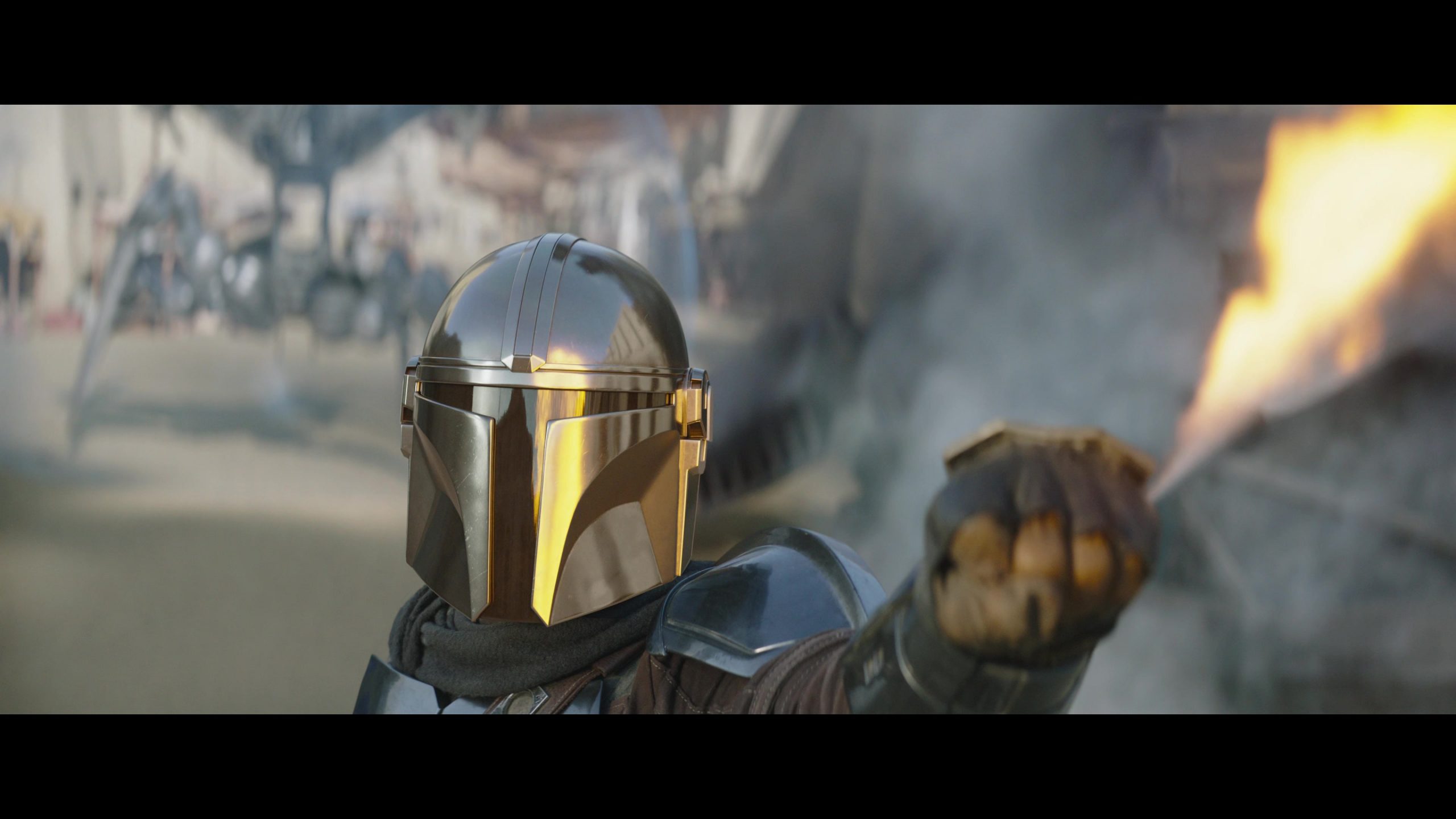