Gotham was a fairly strange show to create. It was essentially a Batman show without Batman, which seemed quite counterintuitive. Although it started off strong, the showrunners eventually went off the rails with many of the character origin stories, and without the Dark Knight to swoop in and fix the issue, it quickly deteriorated.

However, Batman has one of the best rogues gallery in comics, and because of this, Gotham was able to focus on tons of various villains, many of which didn’t get nearly enough time in the spotlight. The various takes on these characters are uneven, but points for trying. 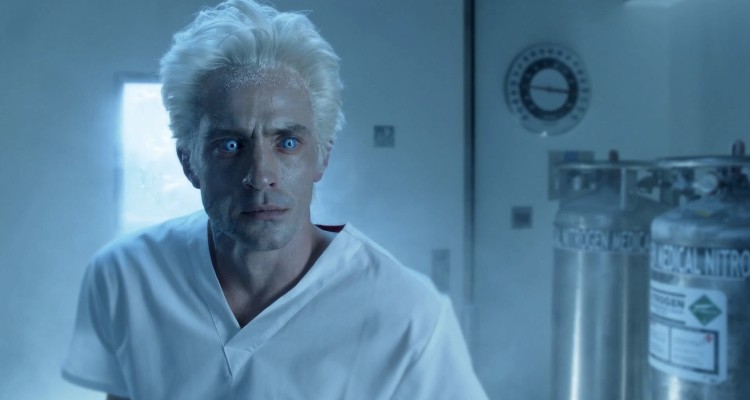 Mr. Freeze is a commonly underutilized Batman villain, though that trend has reversed in recent years. He’s smart, ruthless, and extremely tragic. After a pretty awful attempt at a film adaptation, seeing in him Gotham almost made up for that entirely.

Using Freeze as a villain wash smart, given that he doesn’t just exist in one story arc. Even after he was defeated the first time, Freeze remained an integral part of the show, as his smarts and skill set were used repeatedly against the police. 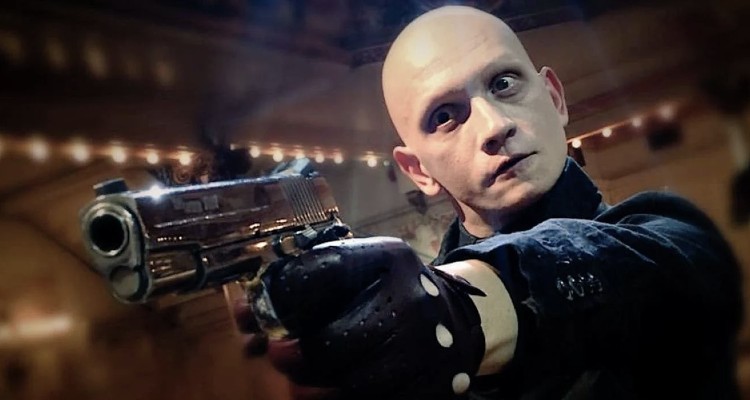 Victor Zsasz was never a compelling villain on the show by himself. He was always in someone else’s employ. However, Anthony Carrigan brought such light and charisma to the role that he always commanded the scene whenever he was in it.

Zsasz was essentially a gun-for-hire psychopath, but he had such great chemistry with Jim Gordon that it made his place on the show special. Rather than just a standard thug, he was a recurring character that made an episode interesting. 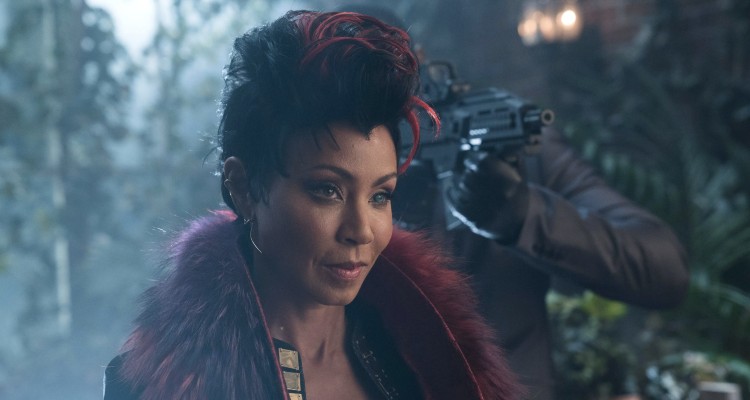 Jada Pinkett-Smith wouldn’t be many fans’ first choice as a crime boss in Gotham City, but it’s hard to imagine anybody else playing Fish Moonie except her. As an original creation, Fish did an excellent job setting herself up as a force in Gotham’s underworld.

She eventually went on her own path in her own storyline, but whenever she would return, she would always have a unique presence on the show. This is mainly due to her history with Penguin, and how their relationship unfolded. 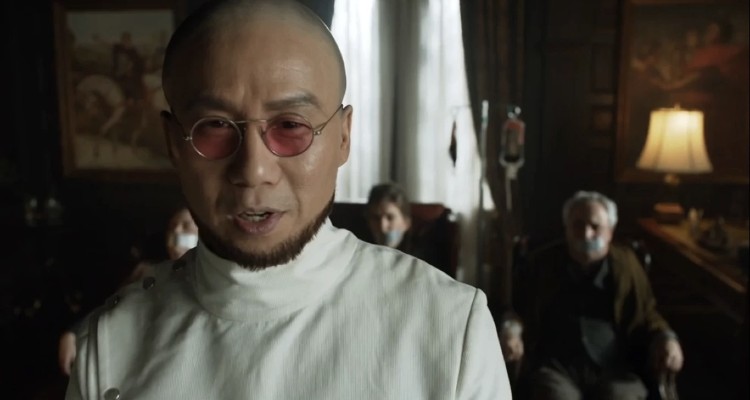 Hugo Strange is an interesting villain, as he doesn’t necessarily pose a physical threat. He mainly operates in the area of psychology, where he pulls strings and manipulates from behind the scenes.

BD Wong was especially sinister in the role, as he played a kind of twisted version of the psychiatrist in Law & Order: SVU. While Gotham certainly had a lot of villains, many of them came about thanks to Hugo Strange’s meddling. 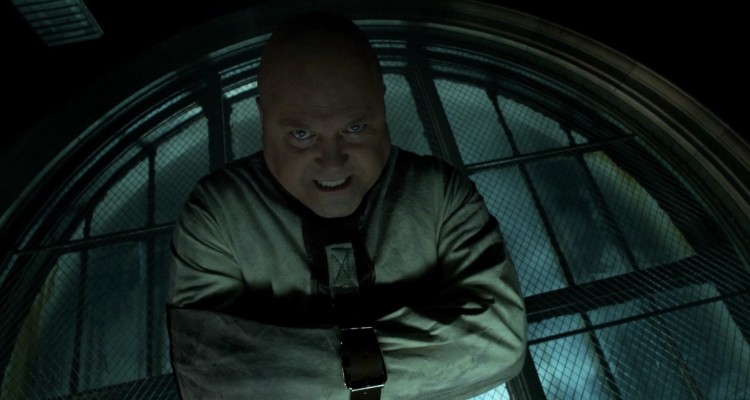 The Executioner from the Gotham TV series, WB Television

It’s highly unlikely that there are any Batman fans who would consider the Executioner their favorite villain, but Gotham managed to make the character important, and compelling.

This is probably because they introduced his arc slowly over time. The Executioner was a police captain who became corrupted by a chemical, and lost his mind. He essentially became a psychopath obsessed with swift justice, but his relationship to the police department made him fairly interesting. 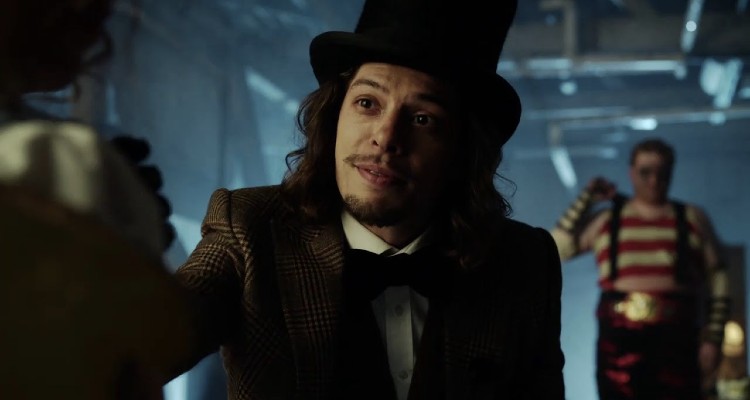 The Mad Hatter from the Gotham TV series, WB Television

Jervis Tetch is a difficult character to adapt. He’s so goofy and zany that he works best either on the comic page, or in a cartoon, and yet Gotham was able to craft a version of him that was both terrifying, and a tremendous threat.

They did this not by leaning into his Alice in Wonderland motif, but by crafting a tragic backstory that gave him a real relationship with Jim Gordon. While the Mad Hatter’s story arc lasted for several episodes, it’s hard to imagine him getting much attention anywhere else. 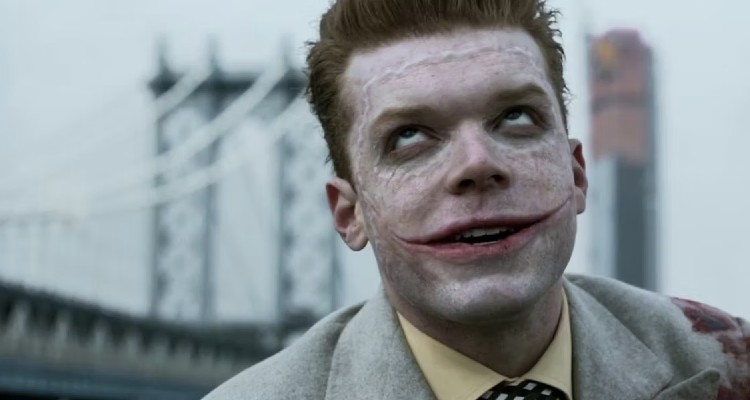 Right from the beginning, fans were eager to see how Gotham would depict the origin of the Joker. Their take on the character could have gone wrong a million different ways, so the show smartly tried to adapt to the Joker by doing something completely new and original, defying fan expectations.

Instead of one Joker, the show brought two, and did so in pretty different fashion. The great thing about the Joker as a character is that he has so many different forms, so to see Jerome’s psychopathic anarchy was refreshing, compared to his more calculating and ruthless brother. 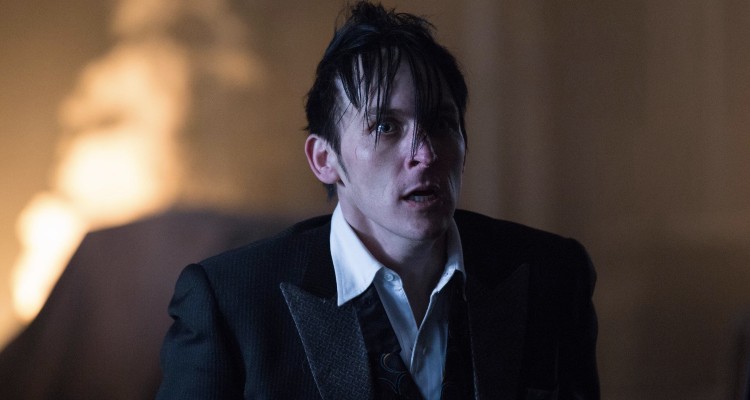 The Penguin from the Gotham TV series, WB Television

Gotham did something interesting in that it didn’t just have periodically recurring villains, but it also had villains as main characters. Penguin and the Riddler were two of the most prominent, and seeing Penguin’s rise through the ranks of Gotham criminality was entertaining to watch.

A large part of that is due to Robin Lord Taylor’s passion for the role. Penguin is a difficult character to nail down. He’s supposed to be an unrelenting psychopath, and yet he doesn’t appear physically threatening. This version of Penguin managed to embody that spirit right from the beginning. 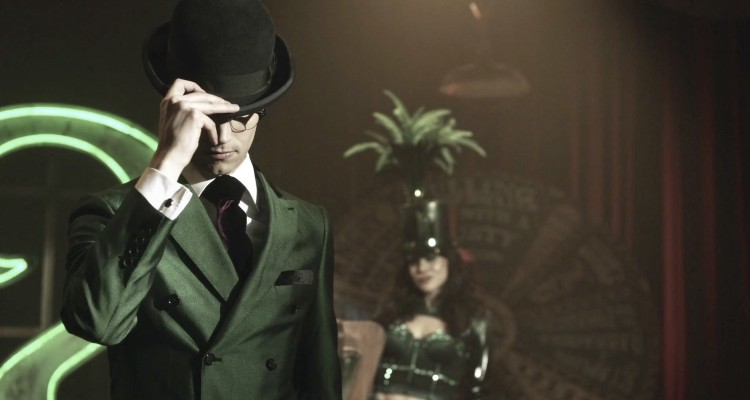 The Riddler from the Gotham TV series, WB Television

One of the greatest moments is seeing a villain’s slow descent into madness, and Riddler’s arc in Gotham was done nearly to perfection. It was methodical and well-planned, but it also wasn’t an endgame. Even after he was exposed, Riddler’s persona lived on, and flourished as a full-fledged villain.

Another great aspect of the character was his relationship with Penguin. These two classic villains formed a great bond that had many ups and downs. Together, they formed a pair of classic Batman villains whose status as icons were cemented in the series finale. 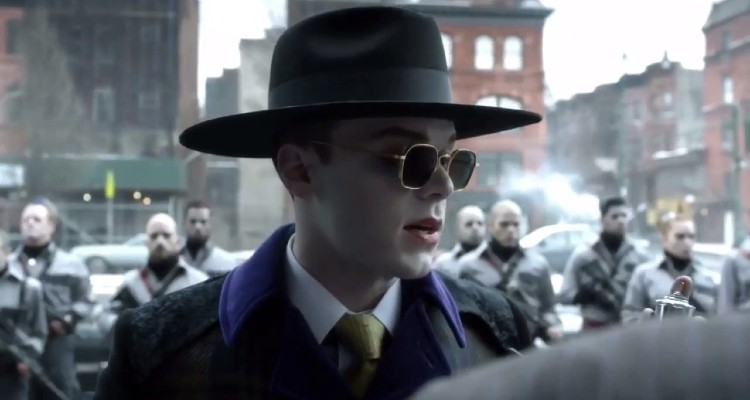 While Gotham was always a prequel, the series finale did a fine job leading into the Batman legend. Jeremiah’s Joker played an essential role in this transition, and not just because of his menacing look and costume.

The way the story brought Bruce and Jeremiah together added real history and emotion to their relationship. When looked at through the lens of the series finale, Jeremiah’s journey throughout the show created a dynamic between the two characters that would be difficult to replicate elsewhere.

NEXT: 10 Best Batman Beyond Villains