LawTuber Nick Rekieta has been under heavy fire from woke activists since he came out in favor of free speech on the internet, defending the right of the website Kiwi Farms to exist. He’s lost both his Twitter and YouTube accounts in the span of a week as a consequence of speaking his mind, the target of a mass flagging campaign spearheaded by transgender rabble-rouser, Keffals. 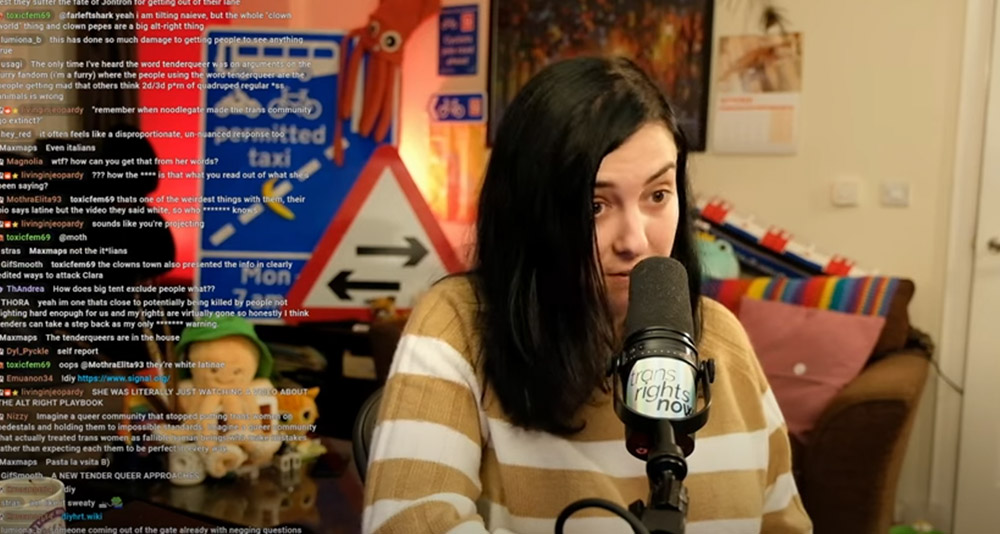 Keffals, whose real name is Lucas Roberts, started the campaign by urging his followers to report Nick Rekieta to the Minnesota Bar association in late August, a life ruination tactic because Rekieta voiced his outrage on a live stream at Keffals’ involvement in funneling homemade hormone blockers to minors.

Rekieta rightly views this as child abuse, and advocates for consequences for adults pushing the grooming of minors into transgender lifestyles. 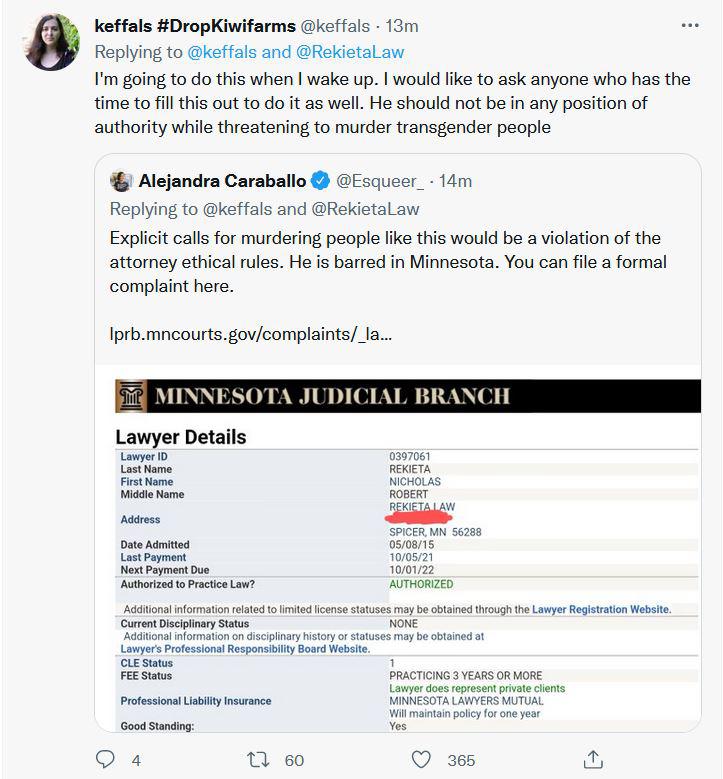 “Keffals, you’re giving life-changing treatments to minors? You go on the f***ing wall, right next to every other groomer, every other child molester, and every other f***ing pedophile on the planet. You are disgusting. Let them turn eighteen,” Rekieta said on a Livestream, which Keffals twisted into a “death threat,” spinning Nick’s honest wish to protect children from Keffals’ antics.

Unfortunately, the deplatforming didn’t stop with Twitter. On October 5th, 2022, Rekieta found his YouTube account deleted in its entirety while he was mid-stream. The YouTuber reacted with shock as he found out his channel was gone.

This is a shocking move from YouTube, as the Rekieta Law channel, according to playboard, has made more than $1.1 million in superchats. The channel is highly profitable for YouTube, but Rekieta is also known for having hard right-wing beliefs, which has led to many leftist personalities trying to get him canceled over the years. 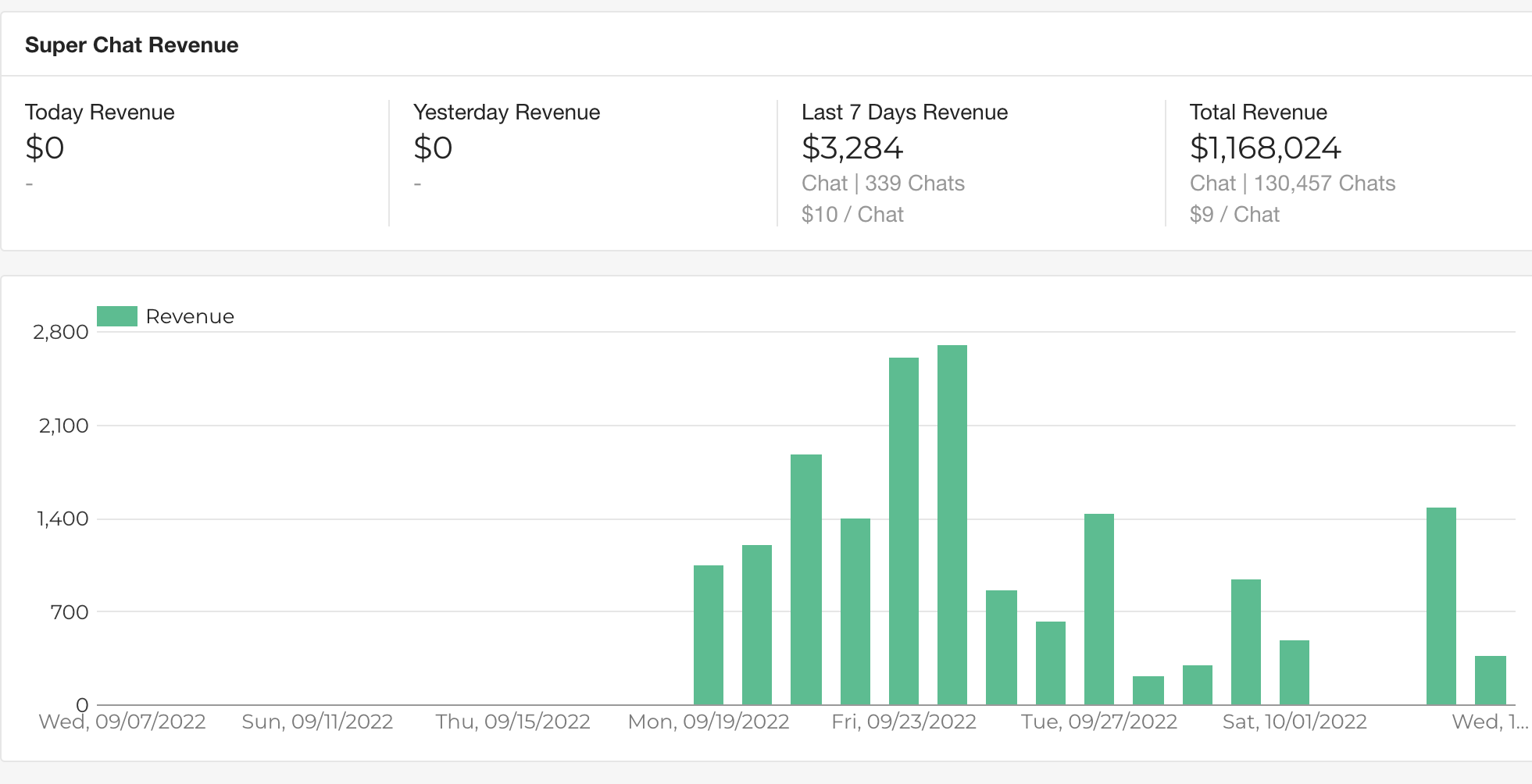 Keffals celebrated the deplatforming, seeming to take credit for Rekieta Law being removed on Twitter, stating, “POV: you threatened to line me up against the wall and then doxed all of my followers who sent complaints about your conduct to the Minnesota Bar Association.” 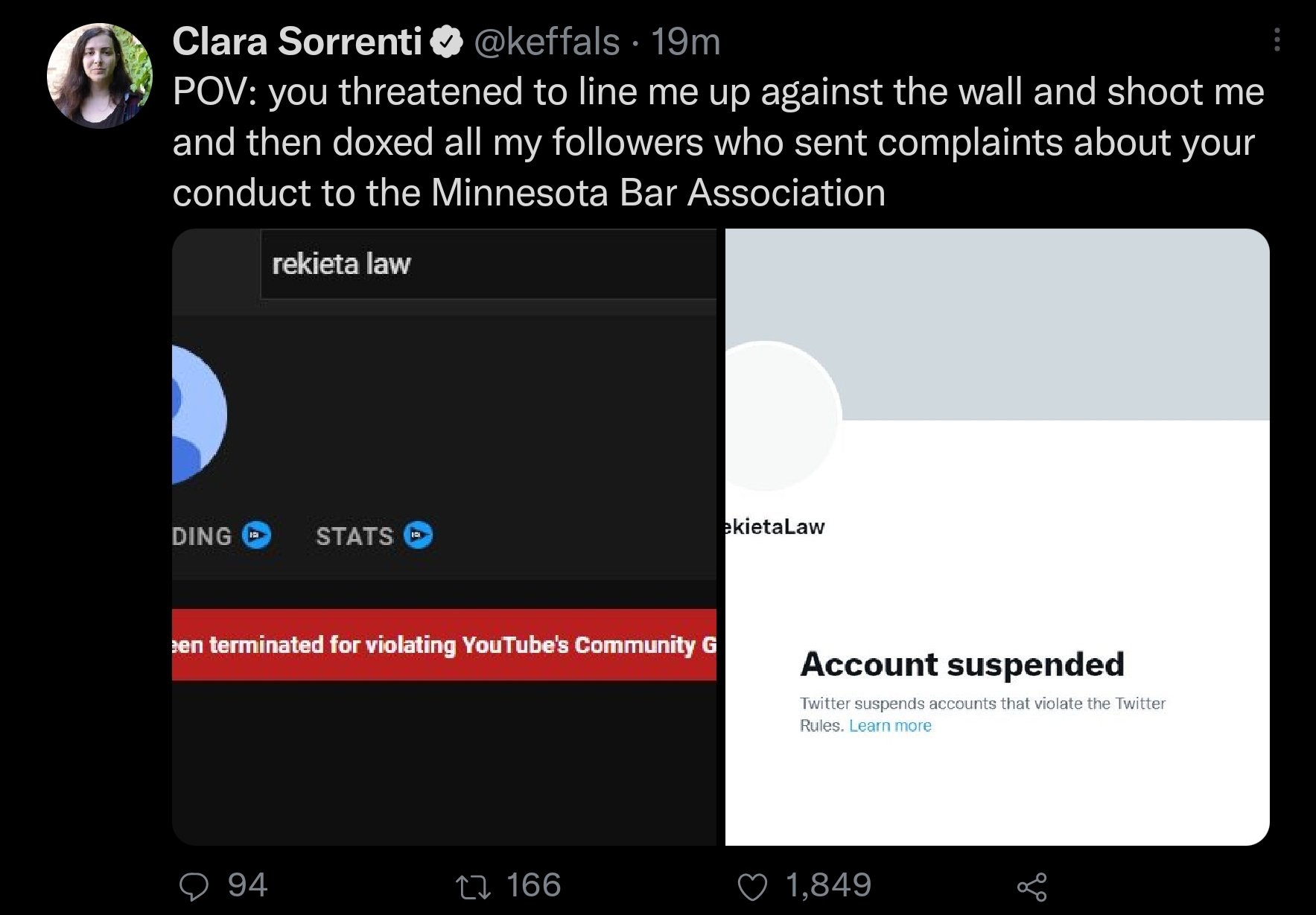 Again, Kefflas twists Rekieta’s actions to paint himself as the victim in this mass harassment of Rekieta. The Bar Association provided Rekieta with the complaint information, which merely included the names of the people who signed the petition to get him disbarred. This is public information and is not “doxing” as Keffals claims.

Rekieta is working on getting his channel back, according to his Locals platform, and is continuing to move forward, undeterred to be speaking the truth about the dangers of hormone blockers. He vows to continue to defend the rights of free speech.

The Locals post reads, “I’m still gathering information about this, but yes, my YouTube Channel has been deleted at present. I have not been given any specific reason. My partner manager is working on this, and it has been escalated way up the chain.”

“I’m not entirely sure what my plan for tonight is at the moment,” he continued. “I believe I will be on a very big show tomorrow morning. The amount of support is melting my phone battery and I appreciate that very much.” 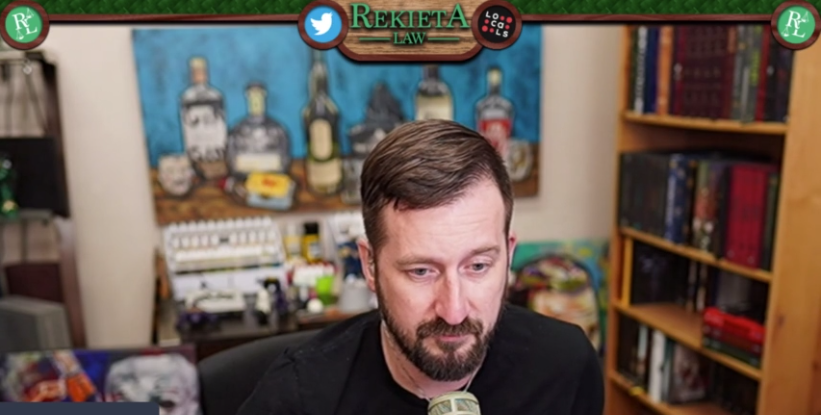 Rekieta then added, “I’m asking people to make sure and share my multiple channels. Rumble, Odysee, Twitch. I’m not 100% sure where everything will be or what will happen. As always, I will post, here, what I intend to do. I will keep the chat open from the previous livestream for people to discuss in the meanwhile. Wednesday nights are always busy for me, so I have to take care of home stuff first, of course.

“Will update when I can,” he concluded.

He also addressed the banning in a recent video on Rumble as well:

What do you think of Rekieta’s mass-flag deplatforming? Leave a comment and let us know.

NEXT: Keffals Celebrates Taking Down Kiwi Farms After Swatting Attempt