During September 24th’s Netflix Japan event, Seven Deadly Sins and Four Knights of the Apocalypse fans were in for a treat from series creator Suzuki Nakaba, with the latest news on the upcoming two part movie installment of the Seven Deadly Sins franchise Grudge of Edinburgh, starring Prince, and one of the Knights of the Apocalypse, Tristan Liones.

“The two movies serve as the missing link between the original series and Four Knights of the Apocalypse.” Nakaba announced. “Tristan is the main character, but you will also see the Seven Deadly Sins. A certain fan favorite is also coming back in this movie. I mustn’t give anything else away. I know the movie will be enjoyable. Don’t miss it!” 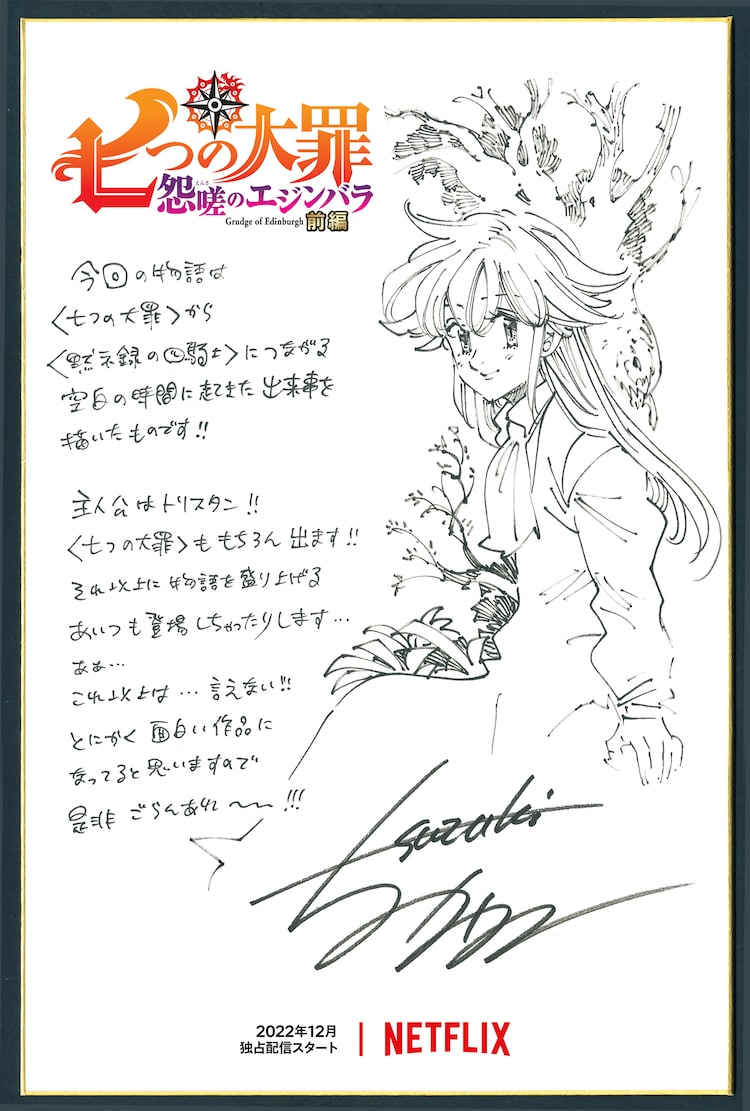 The world premiere of the second teaser trailer for the first part of the anime original movie The Seven Deadly Sins: Grudge of Edinburgh Part 1 has been released.  Unlike the first trailer, which only showcased Prince Tristan, several connections that tie the original Seven Deadly Sins series to the sequel Four Knights of the Apocalypse are established, including the antagonist Deathpierce, and a fan favorite character in disguise.

RELATED: From ‘Moonrise’ To ‘Onimusha’, Here Are The Highlights From Netflix’s Tudum 2022

The first shot of the trailer gives an idea where Tristan is in his magical development, with an extreme close up shot of the young prince’s eyes blazing the symbols of the goddess clan.  Inherited from his mother Elizabeth, Tristan can use healing magic. However, Tristan does not have the ability to cure curses or ailments.

Up until a certain someone came and saved him in Four Knight of the Apocalypse, Tristan unleashed the full-on power of the demon clan against the chaotic demon Melagaland.  Prior to transforming, Tristan revealed that he detests unleashing this power, and the origin of how Tristan came to loathe this power will be revealed in Grudge of Edinburgh. 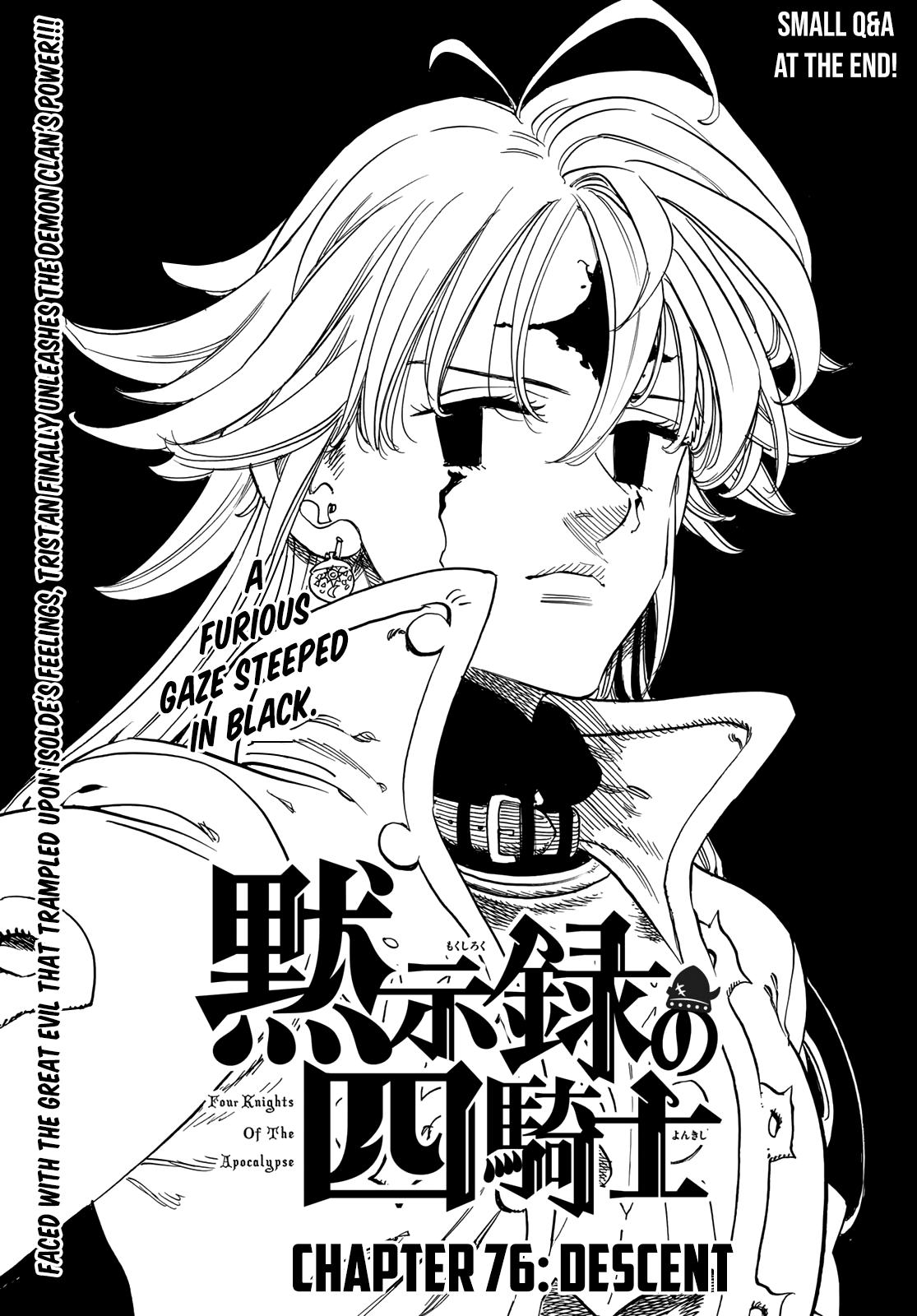 When Seven Deadly Sins fans last saw Deathpierce at the end of the film of the same name, it was eighteen months after the battle with the Demon Lord, upon parting ways with the Pleiades of the Azure Sky.  The former holy knight had his eyes on devoting the rest of his life to restoring his hometown of Eidinburgh.

After the mess with the demon Derieri killing Denzel, and being brainwashed and manipulated by the leader of the Archangels and Stigma Ludociel, Deathpierce felt no obligation to serve a country who decided to make a Demon and Goddess their King and Queen.  Similar to King Arthur Pendragon with Camelot, the former holy knight planned to restore Edinburgh as a human-only country. 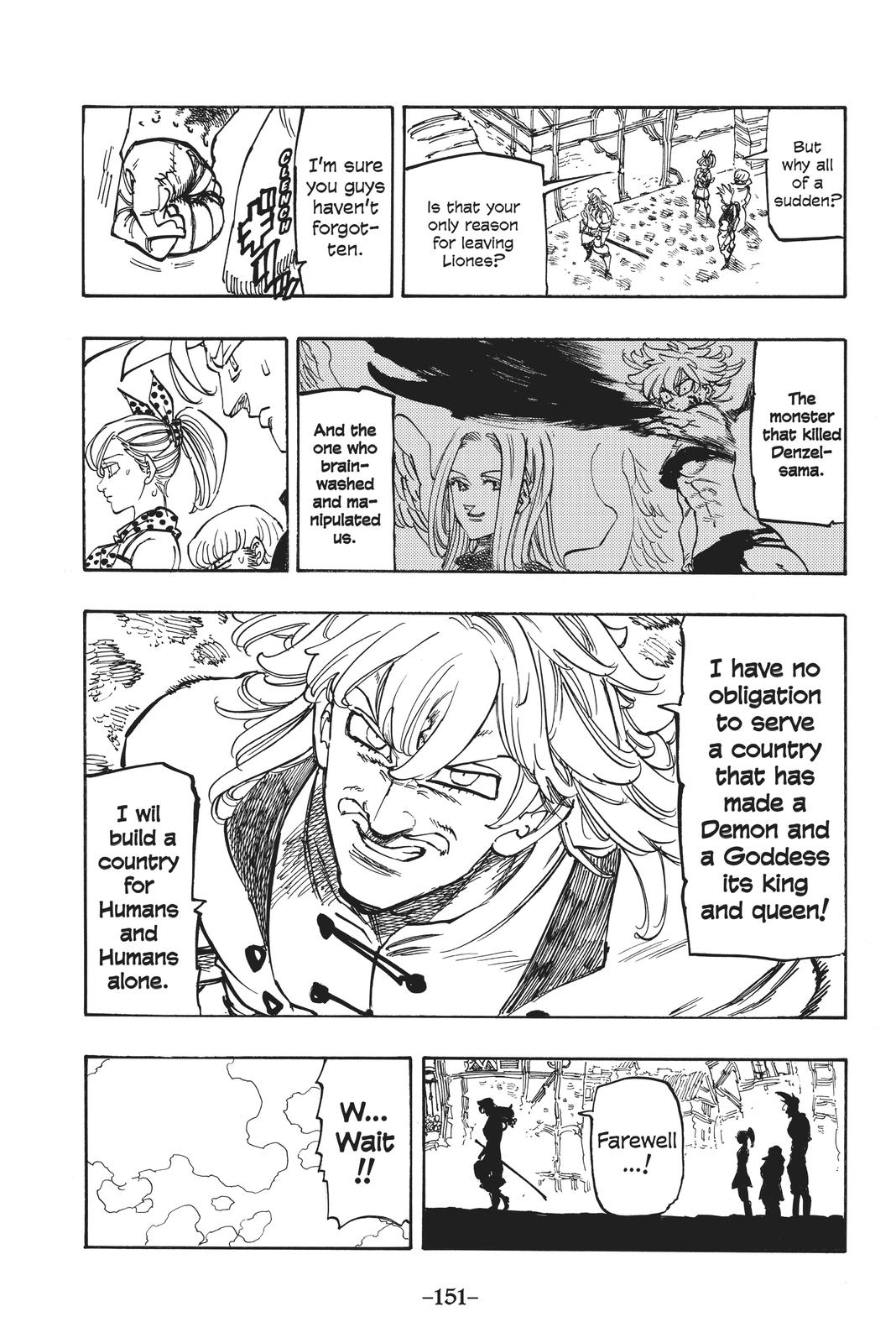 Unlike the King of Chaos, Arthur Pendragon, who plans to restore Camelot by using the powers of chaos to commit mass genocide of all non human creatures, the trailer depicts Deathpierce as if he is not out to accomplish the same goal.  The fairies are in cages, and the mansion he is in is not wrapped in chaos like Camelot in Four Knights of the Apocalypse. 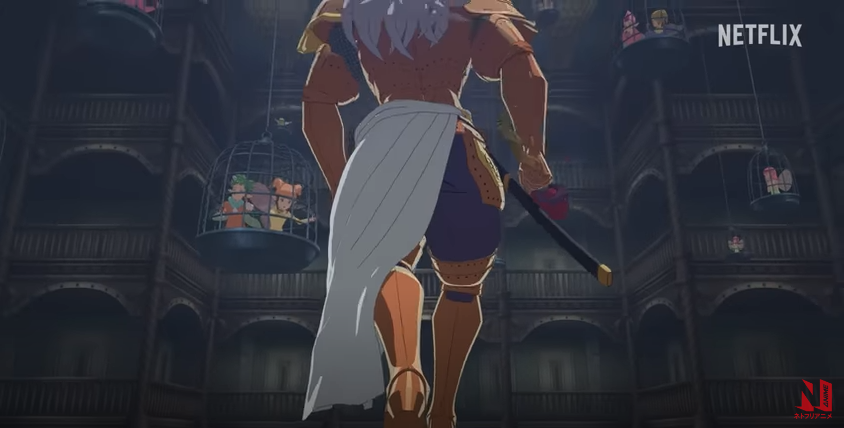 Let’s just say there is more than meets the eye to this little archer fairy, who is more than likely playing a role similar to that of Sin the fox in Four Knights of the Apocalypse. More than likely, this fairy is the “fan favorite” trickster son of Fairy King Ban and Queen Elaine – Prince Lancelot in disguise.

Since the Grudge of Edinburgh takes place fourteen years after the holy war, this would be after Lancelot returns from when his mysterious disappearance with Jericho at the end of The Rain Forest Invites the Beginning, and before he went to seek out Percival in the Four Knights of the Apocalypse.

As recently seen in chapter 79 of Four Knights of the Apocalypse, Lancelot is the only person using his shining road fairy arrows that have the ability to bring Tristan back from his full-on demonic state.  Based on Nakaba’s message, the never before seen origin of Lancelot and Tristan’s friendship will be revealed in Grudge of Edinburgh. 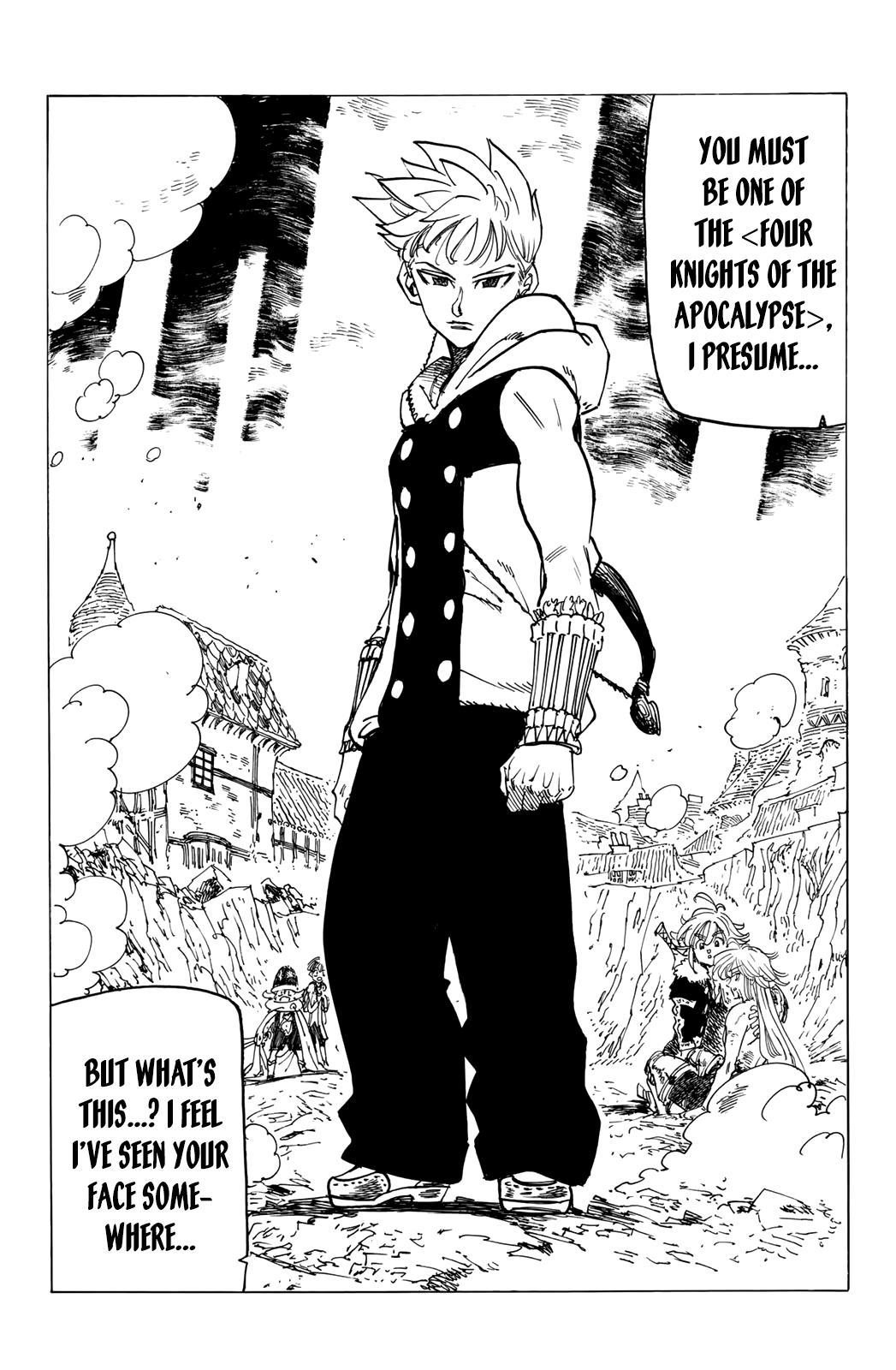 The trailer shifts to a somber scene, with King Meloidas sitting beside a bedridden Elizabeth, who, according to the synopsis of Grudge of Edinburgh, has been struck by a life threatening curse.

If Tristan does not have the ability to cure curses and ailments, it more than likely means his demonic magic gives him the ability to cast them.  It seems as if the young prince cursing the mother he idolizes could be one of many reasons he has come to resent the demonic side of himself. 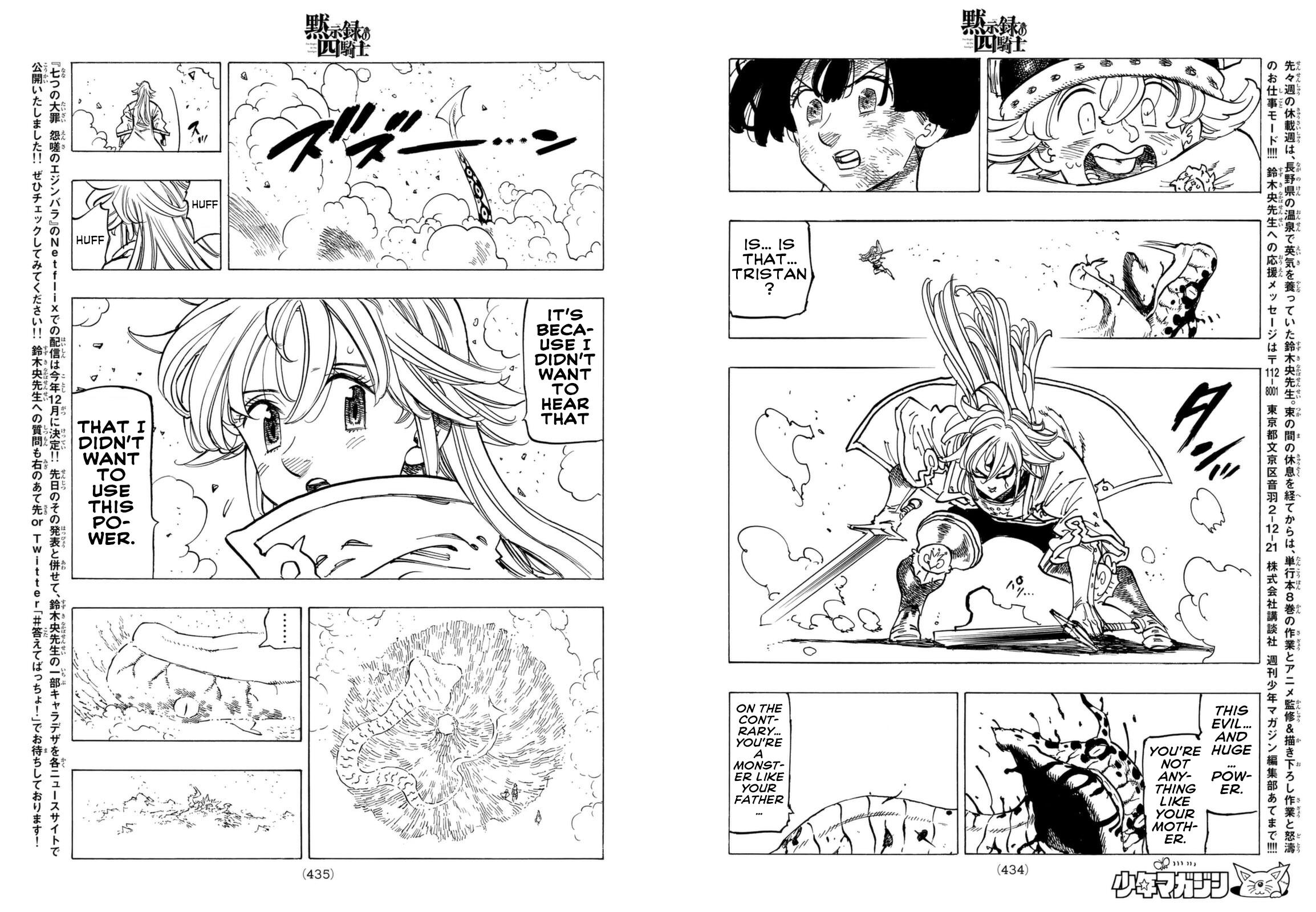 Based on Nakaba’s choice for him to be the only Deadly Sin on the teaser visual, and his role the Dalflare Range arc in Four Knights of the Apocalypse, the Sin of Lust Gowther more than likely plays a key role in the Grudge of Edinburgh films. 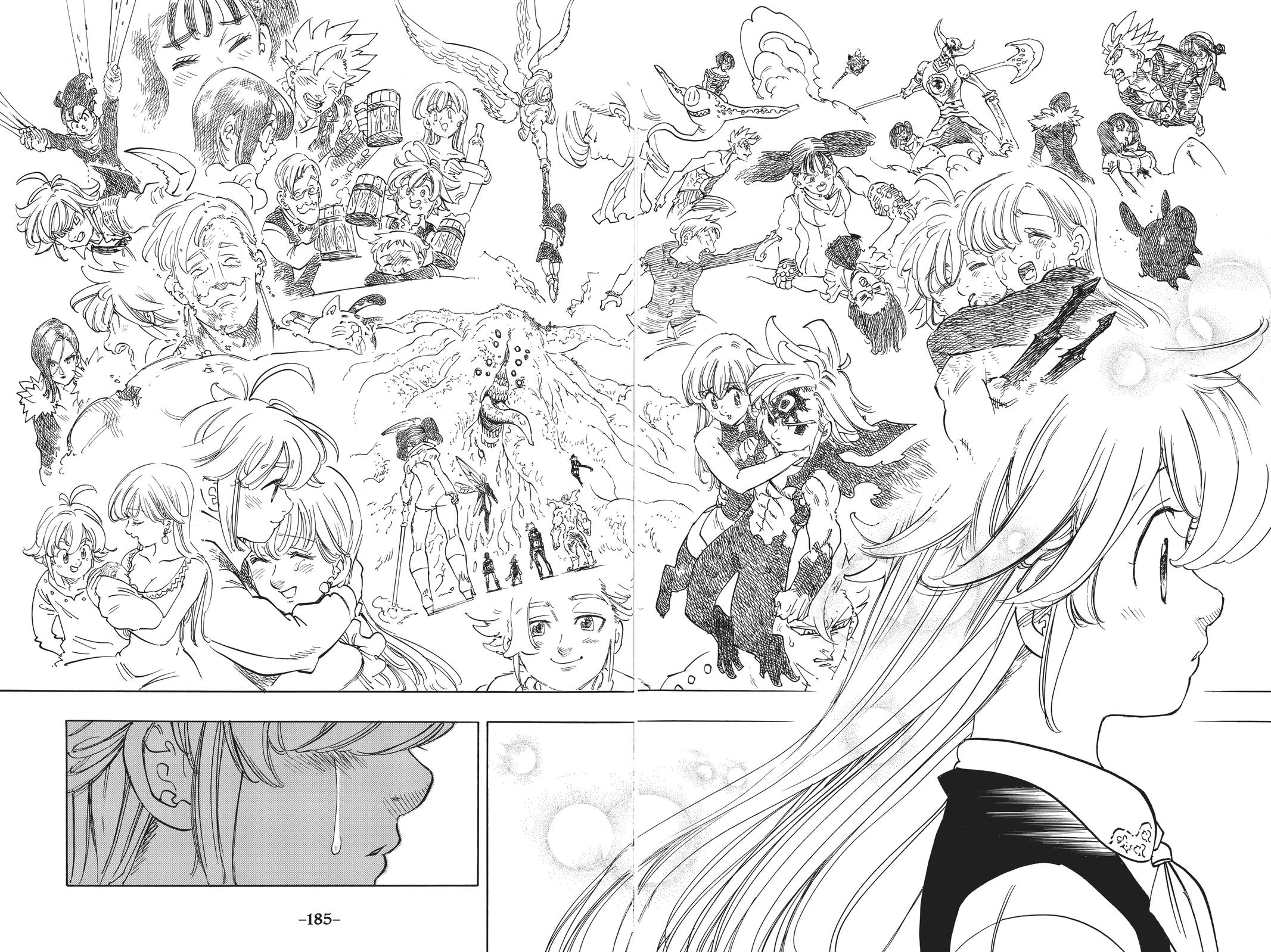 In Four Knights of the Apocalypse, Percival’s group discovers that under the guise of an elder of a hidden village in Dalflare Range, Gowther took charge of protecting demons that went AWOL during the Holy War. Only “fan favorite” Lancelot, who at the time was disguised as Sin the fox, could see through the disguise.

King Meliodas is seen on is throne with a worrisome expression on his face.  His wife Queen Elizabeth is bed-ridden with a life threatening curse, and his son who at this point is probably still a loner.  Keep in mind this is prior to Tristan meeting Isolde, and forming the group of Knights we meet in Four Knights of the Apocalypse.

It ties into the King debate between Arthur and Meliodas, the latter of whom believes he can’t be a good King if he does not worry about his own son.  Conversely, Arthur believes that in order for a king to protect a country’s citizens, they must cast away their personal feelings – even loving one’s wife and son. 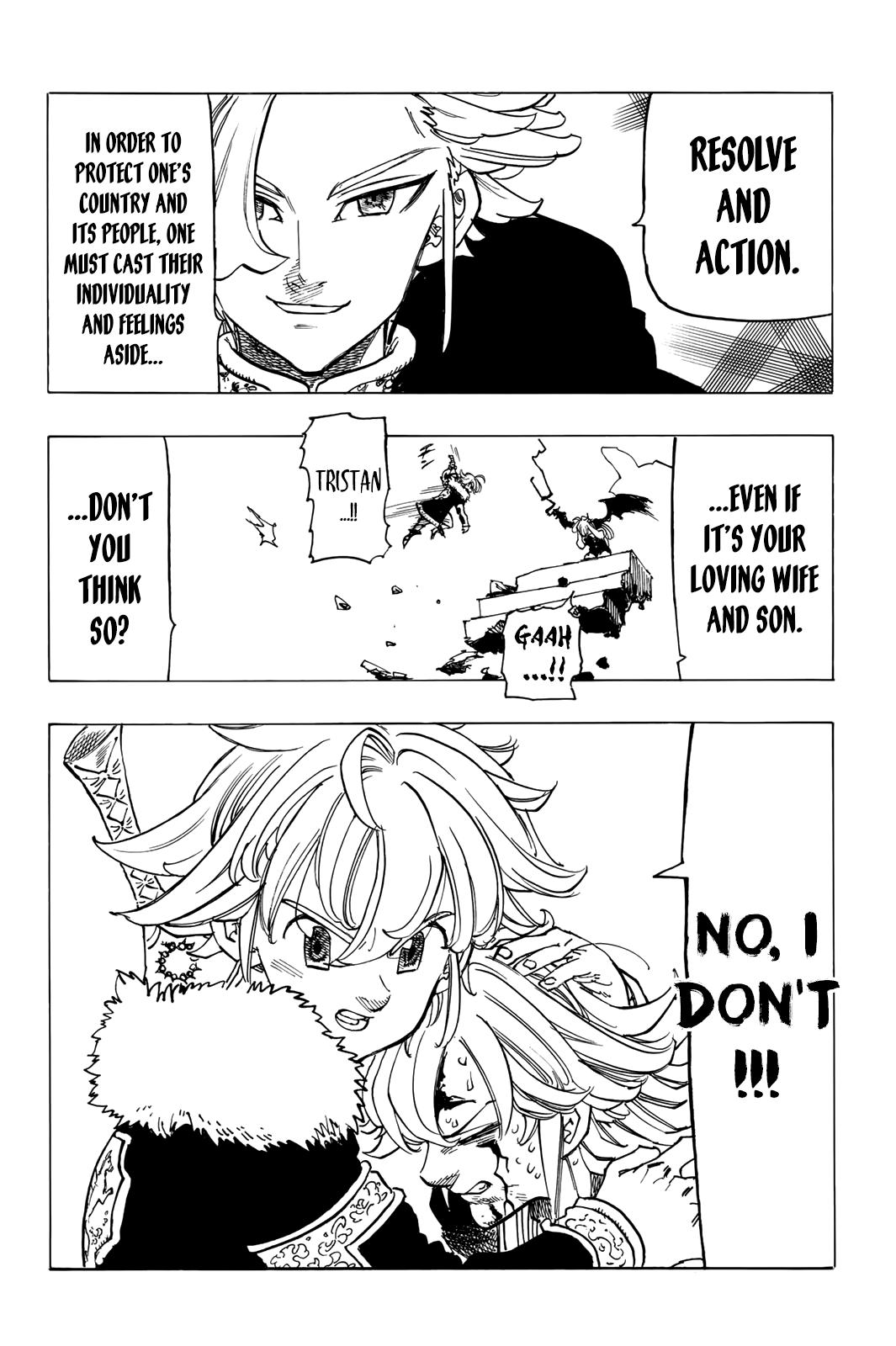 In addition, a new teaser visual for The Seven Deadly Sins: Grudge of Edinburgh Part 1 – illustrated by original creator Suzuki Nakaba – gave insight on what was in store for the latest installment of the franchise.

A young Tristan is depicted wielding his two signature blades with his fairy companion below him, and Sin of Lust Gowther riding a horse. Behind Tristan, an enlarged picture of the cursed Elizabeth can be seen. 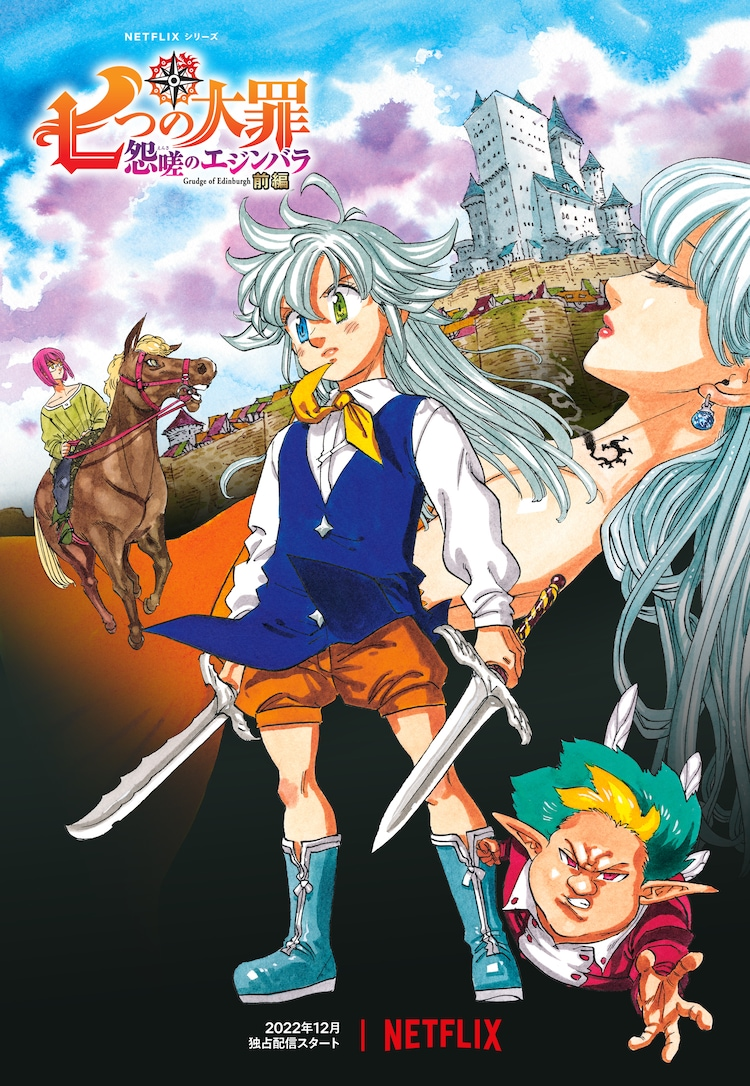 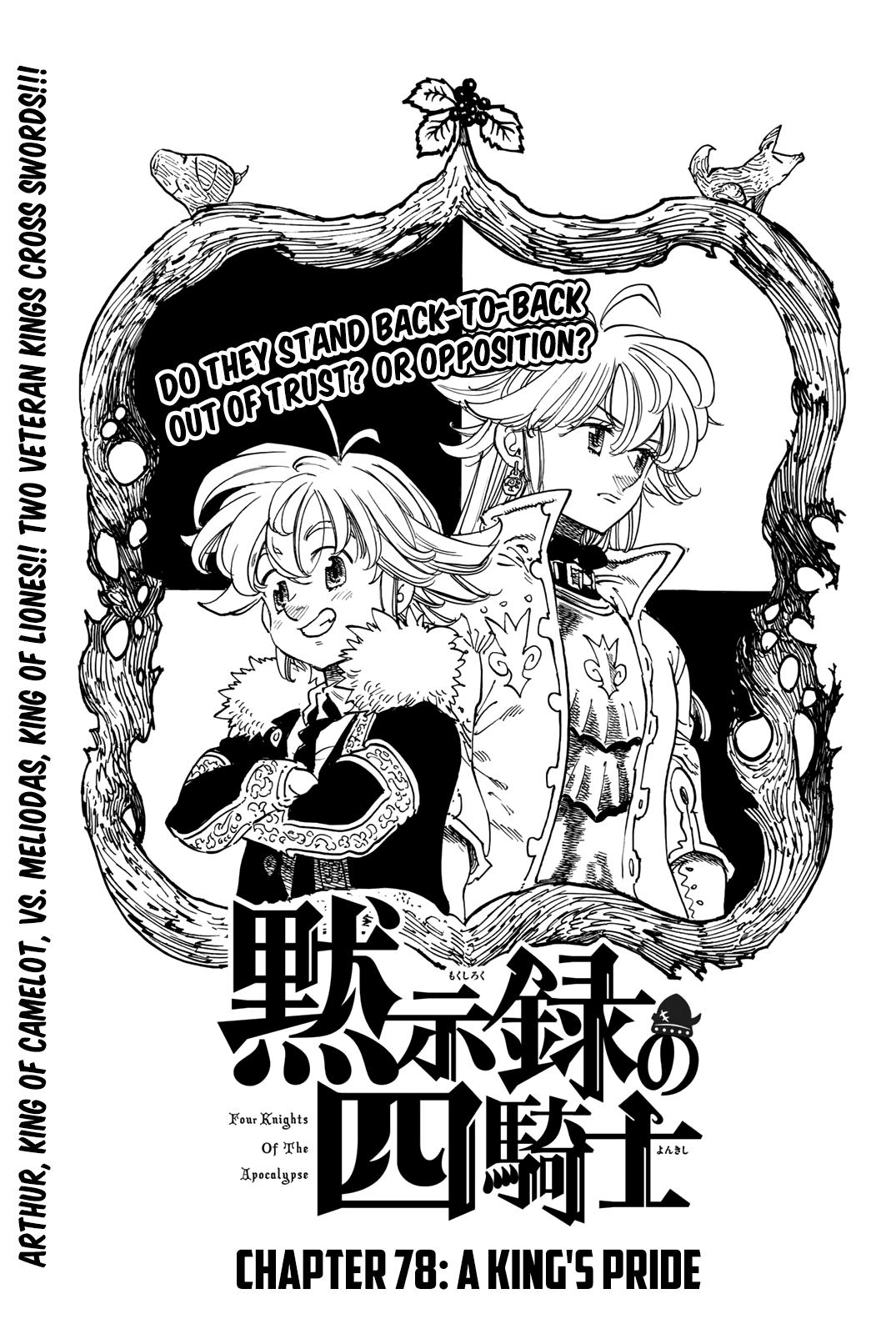 NEXT: From ‘Ruroni Kenshin’ To ‘Fate/strange Fake’, Here Are The Highlights From Aniplex Online Fest 2022