C. S. Johnson’s The Starlight Chronicles is a decade old, and to celebrate the milestone, she’s running an already successful crowdfunding campaign to produce a hardback special edition of the young adult series. She spoke exclusively with Bounding into Comics about these fantasy adventure novels and more. 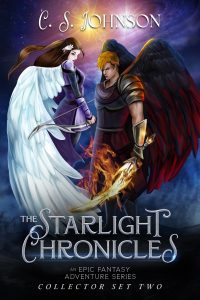 RELATED: Interview: Graham Nolan’s ‘The Ghosts of Matecumbe Key’ Is ‘Linchpin’ to His Comic Book Nolanverse

In the interest of full disclosure, both Johnson and this writer have known one another (by electronic means, at least) for some time. I can attest that she’s a prolific author, which means if you’re looking for a series of stories to read (some young adult and some adult) without having to wait for the next installment to be published, check out the multiple complete series in her body of work. 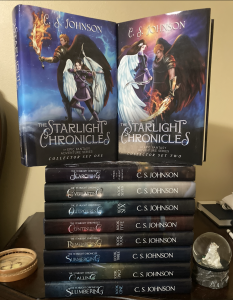 Bounding into Comics: For those who aren’t familiar with The Starlight Chronicles, how would you summarize it, and what age group did you target?

C. S. Johnson: The Starlight Chronicles is the story of Hamilton Dinger, a narcissistic teenager who doesn’t believe in good or evil—until he comes face to face with evil and finds out he has superpowers. At first, faced with the choice, Hamilton’s not sure whether or not he wants to be a superhero – other than to look cool – but he gradually does some growing up and realizes the importance of doing good, even when it’s hard or inconvenient.

It is a young adult series; several of the books revolve around several typical rites of passage for growing up – hanging out with friends, trying to get away with calling your parents by their first names, boys fighting over who gets the girl, the SATs (one of my favorite parts, unironically), prom, and figuring out where you are in the social pecking order.

But I did want to write in the allegorical implications as well: moving from the ignorance to experience of good and evil, believing in a higher power, answering the calling on your life, to more specifically Christian elements of the story, such as baptism, the refiner’s fire, learning selflessness, and ultimately love’s great sacrifices. 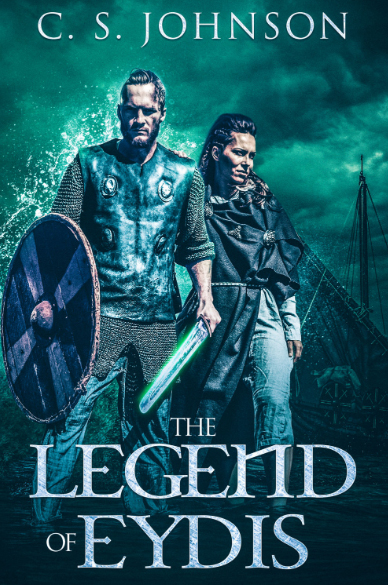 Source: ‘The Legend of Eydis’

BiC: Is The Starlight Chronicles an allegory of “how to go from atheism to faith” and how would you respond to readers who say they don’t want to read Christian fiction?

CJ: That was the idea behind it when I wrote it; I wanted to write something that tried to bridge the divide between the atheistic and the Christian worldview – something that would help people like me in the future explain things better to their atheist friends so they didn’t botch it up as badly as I did when I would try to explain things to my non-Christian friends.

This idea of “the believer’s journey, ”rather than the “hero’s journey” was further solidified by one of my professors in college who told me he’d never heard of a book series that walked its audience through the stages of belief. I enjoyed the challenge, even if he forgot about it! And for those who don’t want to read Christian fiction, don’t worry; while the faith is a solid foundation, it’s in the background. 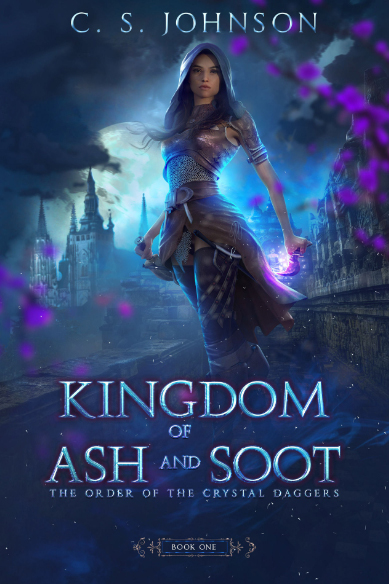 Source: ‘Kingdom of Ash and Soot’

BiC: Is The Starlight Chronicles a complete series or do you plan to tell more stories in this universe?

CJ: This is the complete series! I’m very happy with where it left off, although I did leave a few loose ends so if I wanted to write a spinoff series, I could. But I also wanted to leave that to my readers. 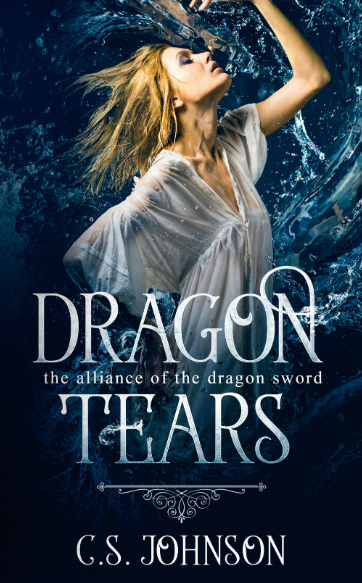 BiC: What type of hardcover binding are you using: laminate, cloth with dust jacket, or something else?

CJ: It’s a laminate with a dust cover. It’s so pretty! 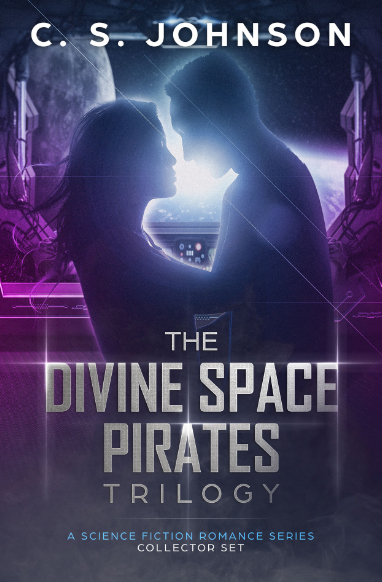 BiC: Is this your first crowdfunding campaign? How did you decide on the initial goal, and did you put a lot of planning into this?

CJ: Yes, this is my first Kickstarter. I wanted to try to do it more as a way to reach new people, and I am happy to do something really nice for my flagship series. For the Kickstarter, my initial goal was $500, and I am so excited that we met it in a day! Now the stretch goals are unlocked, and I am excited to see where it goes. While the covers are a little higher than that, I wanted to keep it small.

I hate asking for help with things, especially where money is involved. One day I will maybe learn not to get so worried about it, but I really don’t know if I will or not. In preparation, I have had a huge ton of help from a Kickstarter group on Facebook and my friends Jon Del Arroz and Angela R. Watts. They’ve both done some great projects and I am so happy to have been able to support them in some of their campaigns, too! 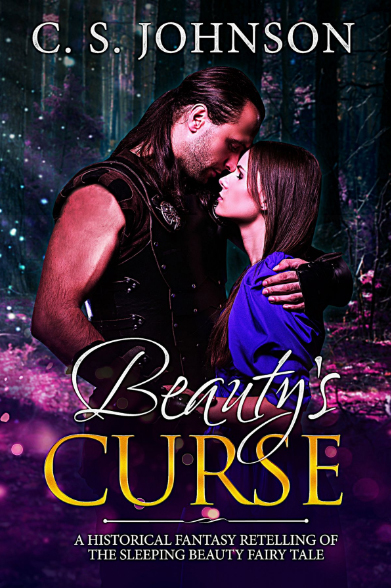 CJ: Yes, absolutely! I have enjoyed my Kickstarter experience, and I have already planned to work on another one for next year. That one is a new project that I’ll be introducing to the world on my friend Jacob Airey’s blog, studiojakemedia.com when it’s ready.

Hint, hint: He’s a huge comic fan! Also, at this rate, I may get one up to start my own animation studio. I weep for the culture we live in, and I’d love for my kids to enjoy the loveliness of more traditional hand-drawn animation. I loved growing up in the 90s with movies like The Swan Princess, Anastasia, and The Prince of Egypt.

BiC: Do you have any other new works on the horizon?

CJ: Always. I really love my work and I want to keep doing it. Next year I have just three novels I’d like to finish: Two Flew into the Crystal Vortex (Favan & Flew, #2), Of Blood and Brains, and The Dove and the Shepherd’s Daughter (Birds of Fae, #2).

I am hoping there will be more that surprise me, especially since the “just three” part is killing me. But I’m a full-time mom and sex goddess wife in addition to being awesome author, so there has to be a balance with these things. 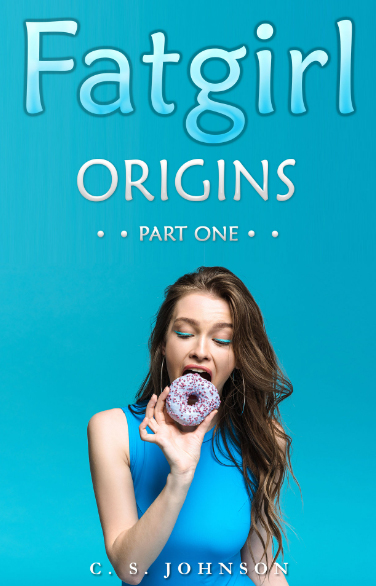 CJ: I always have a lot of links, but I have condensed it down to the basics: my website, my Ko-Fi page (which is a Patreon alternative), my YouTube channel, and I’m @writercsjohnson on Gab. I honestly prefer people to keep up with me through my books. Usually, I work through my life experiences by putting them into my books in one way or another; I think this is part of the reason I enjoy writing in different genres and in different styles; it’s easier to try to reframe experiences through different lenses.

I’ve found a lot of wisdom in trying to place myself in different “characters” when it comes to putting a story together, and I think this is the best thing I have learned while writing The Starlight Chronicles: that people can and do change, and we need to love people where they’re at. 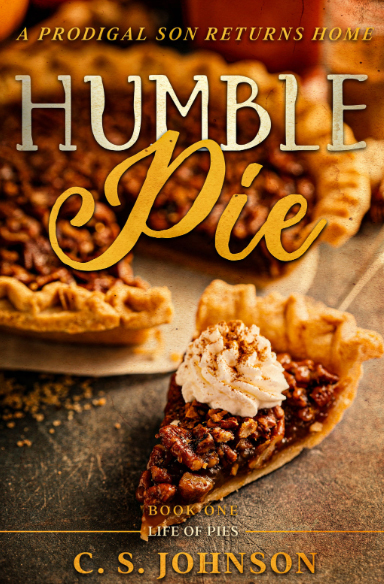 There’s still time to back the special edition of The Starlight Chronicles. Head over to the Kickstarter campaign to do so, and don’t forget to check out Johnson’s website for her other books.