After months of preparing the proverbial fields, Mappa has returned with a bountiful harvest of new information regarding the highly anticipated second season of the anime adaptation of Makoto Yukimura’s Vinland Saga. 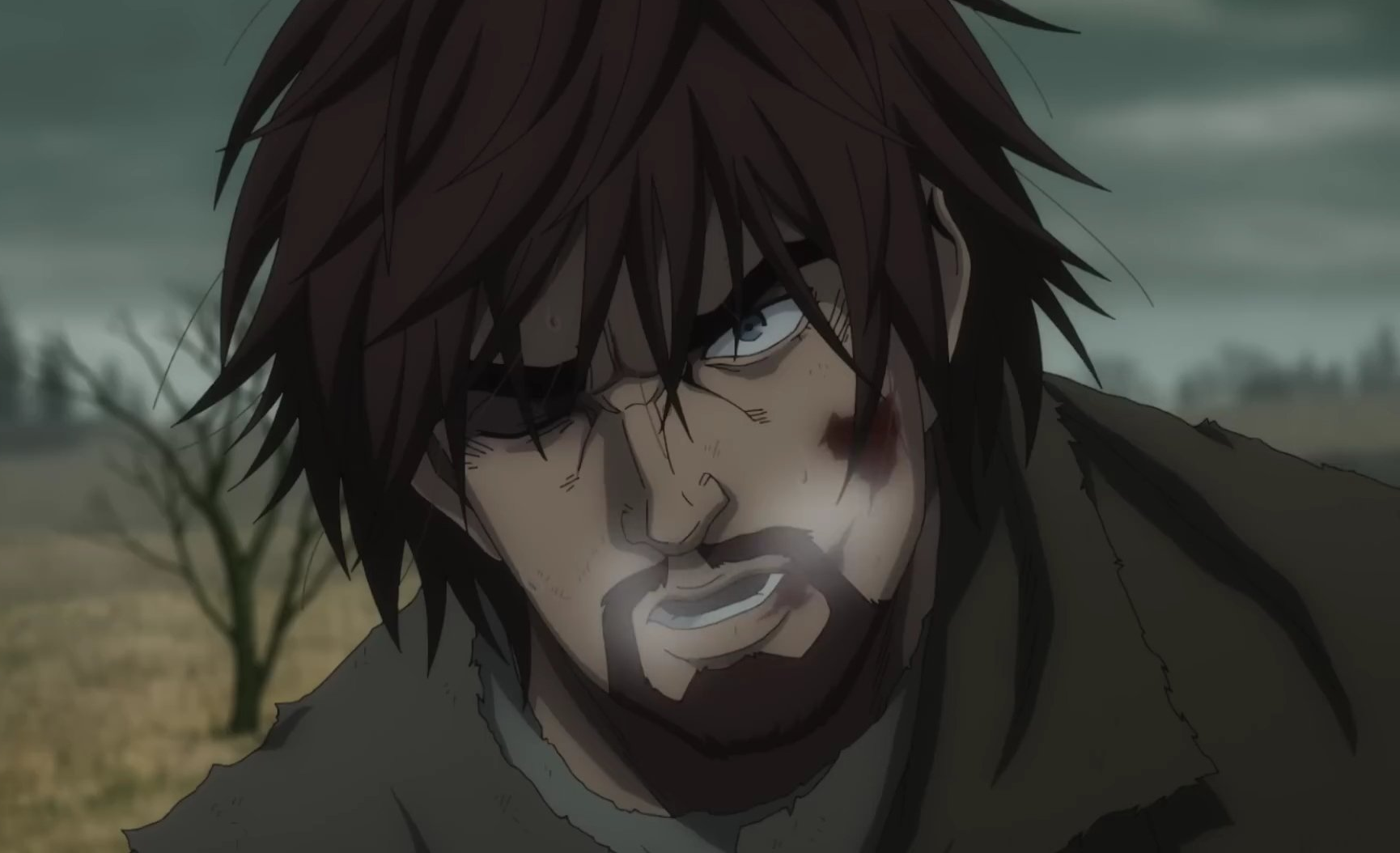 On October 24th, Mappa’s latest round of Vinland Saga updates began with the studio serving up of a hot new trailer for the series’ second season, which as previously reported, will follow the events of the original manga’s Farmland arc.

The trailer begins begins with wealthy landowner Ketil (CV: Hideaki Tezuka – Darius Zackly in Attack on Titan) striking a deal with his slaves Einar (CV: Shunsuke Takeuchi – Askin Nakk Le Vaar in Bleach: Thousand-Year Blood War) and Thorfinn (CV: Yuuto Uemura – Atsushi Nakajima in Bungo Stray Dogs), informing them that if they can properly farm a particularly rough plot of his land, he would be more than willing to grant them their freedom. 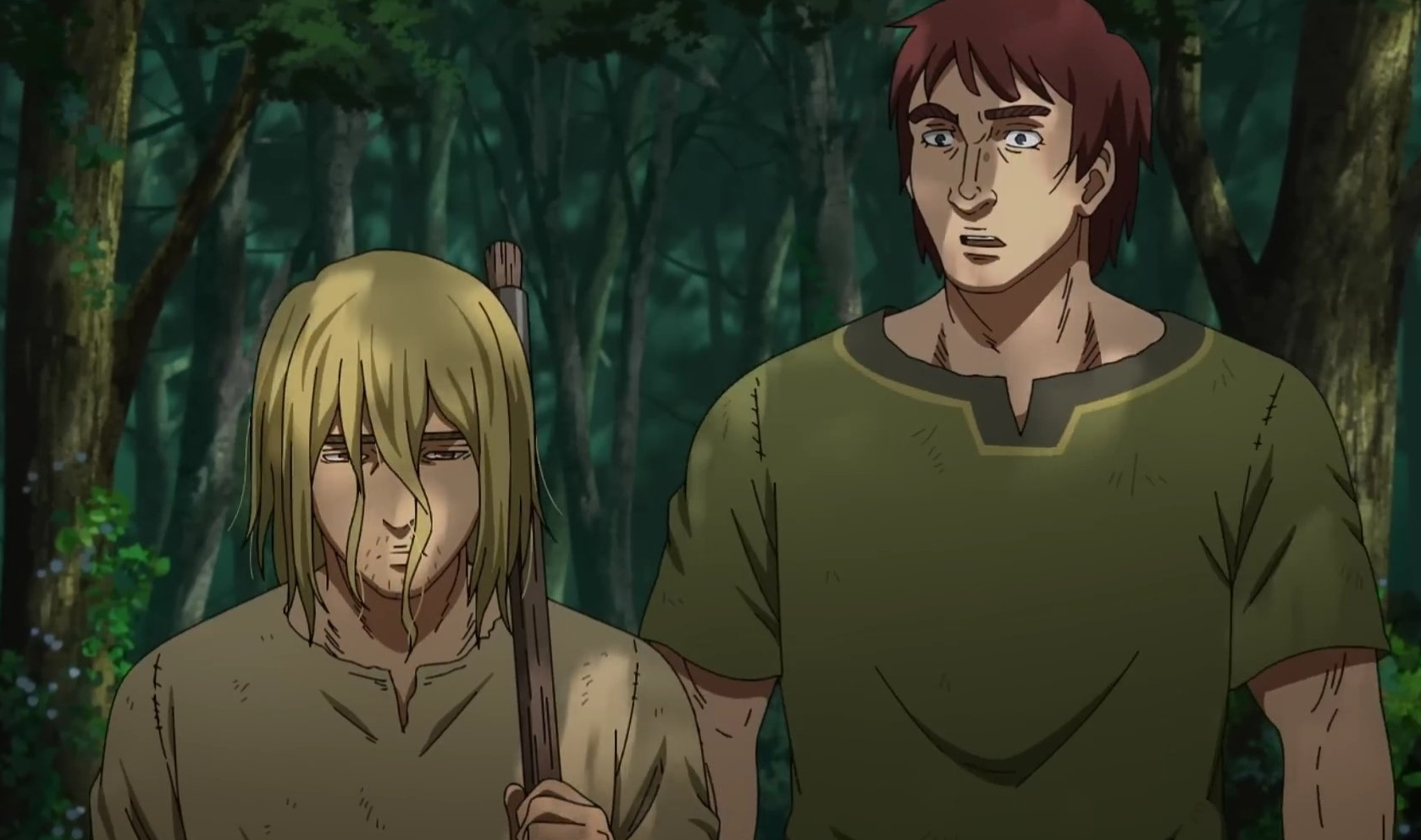 Though Thorfinn underwent this career change in order to run away from and atone for his violent past, the trailer makes it clear that he is unable to fully ignore his demons.

At one point, suddenly confronted with a violent situation, Thorfinn’s PTSD can be seen exercising its grip on his mind as his eyes unconsciously and automatically turn to images of Askelaad, his stern face forever burned into the young warrior-turned-slave’s mind. 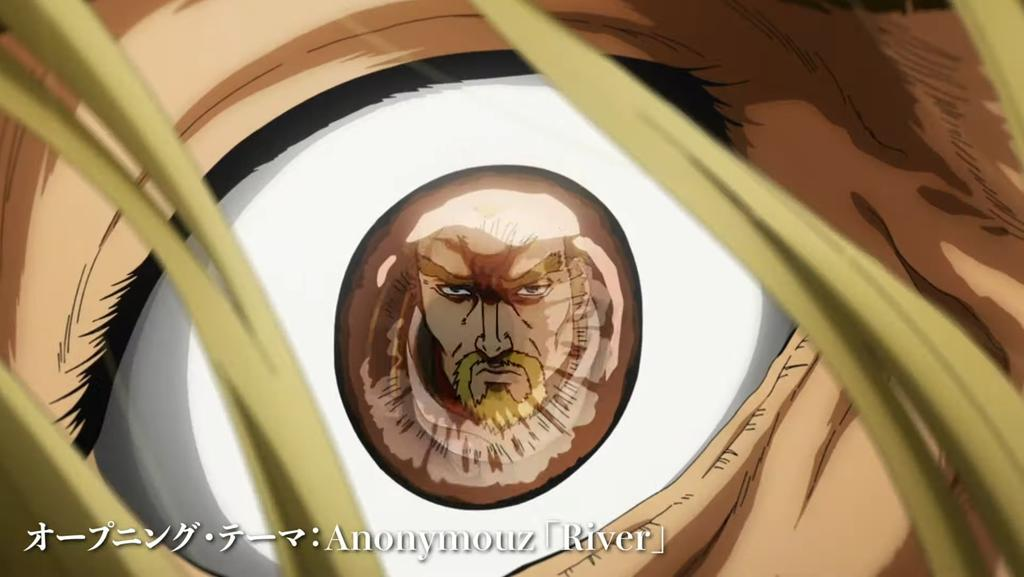 Meanwhile, tough Thorfinn has completely hit rock bottom living the life of a slave on a farm, his former ally and the current king of England Canute (CV: Kensho One – Yuri Briar in Spy x Family) has gone on to accept his role as a ruler and taken to waging war across Denmark in service of creating his kingdom of paradise. 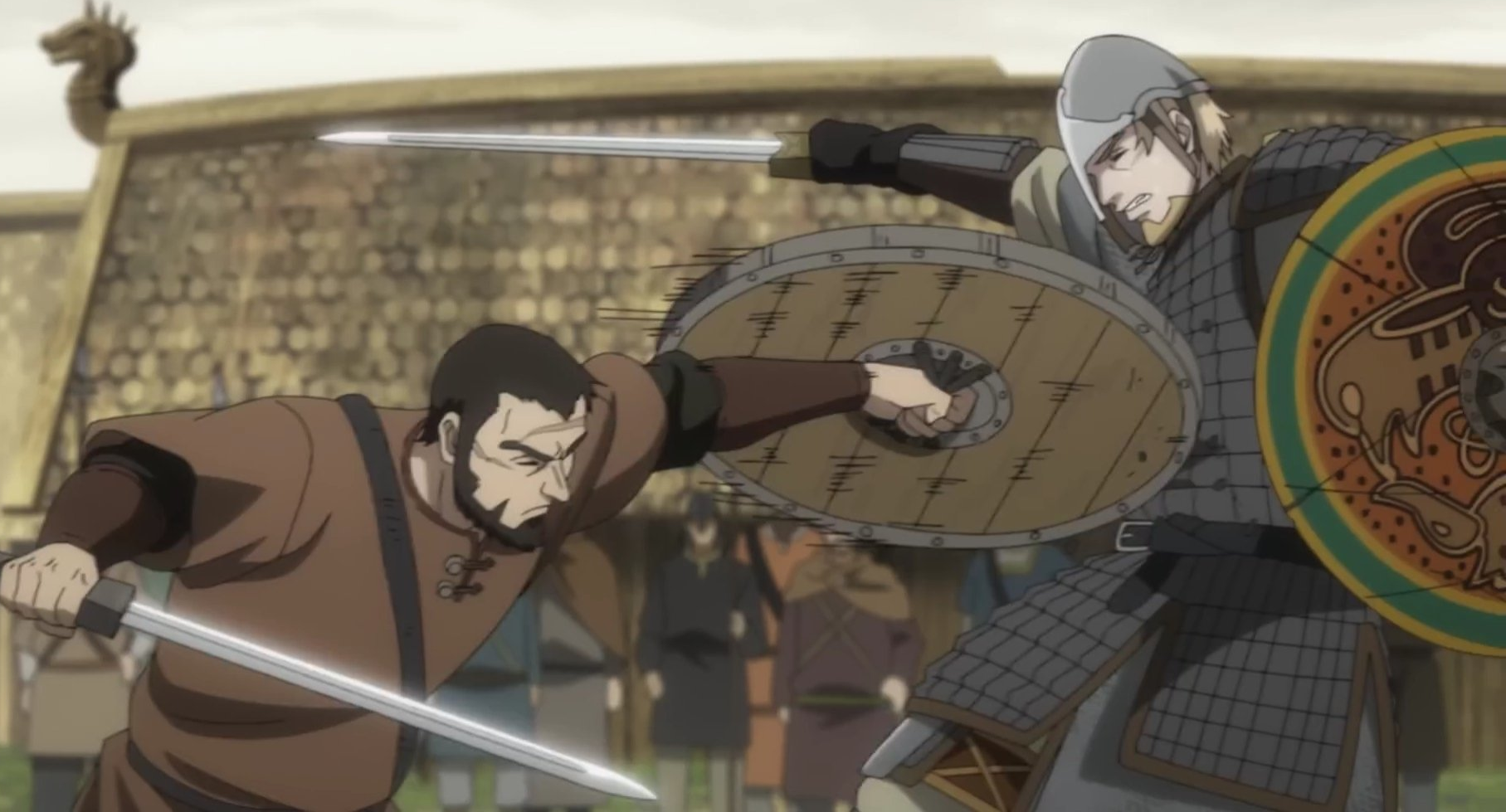 However, similarly to Thorfinn, Canute is also being haunted by the ghosts of his past, in particular his father and his previous rule.

Sitting in a darkened room, Canute can be seen realizing that his ambition for utopian ambitions have grown from simply building up his own kingdom to ruling all of the North Sea. Accepting his fate, he places the crown upon his head, taking upon his shoulders the curse of its power and the loneliness it imparts. 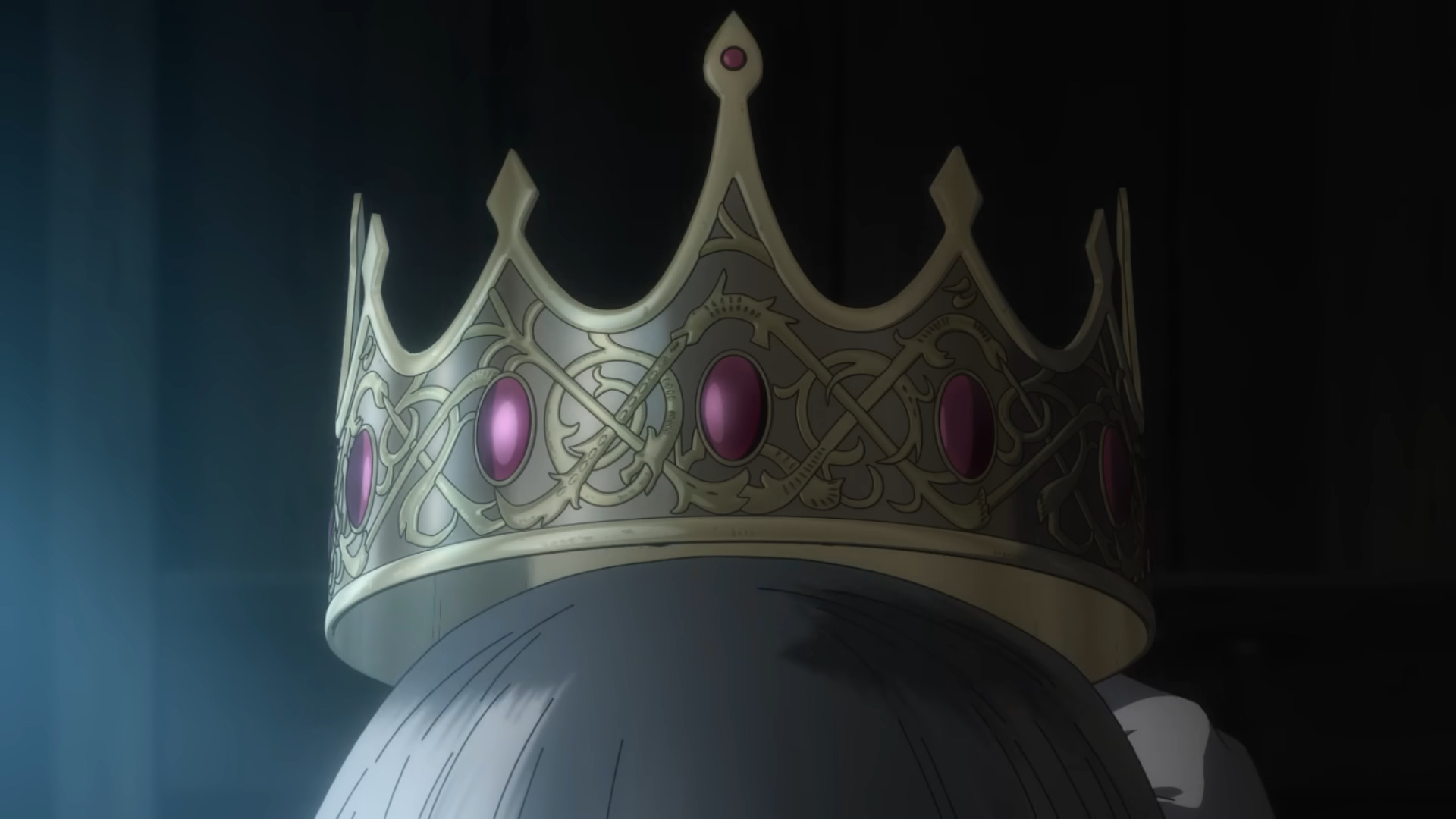 Next, the trailer transitions to show the bloody aftermath of Thorgil, one of Thorfinn’s master’s sons, challenging his disgraced brother Olmar to redeem his reputation as a coward by killing one of Canute’s enforcers.

Cutting down his enemy, Olmar is left shocked by his actions. Staring over the body of the man he just killed, he is soon covered in the blood of Canute’s other men, who his brother Thorgil slaughters in his defense. 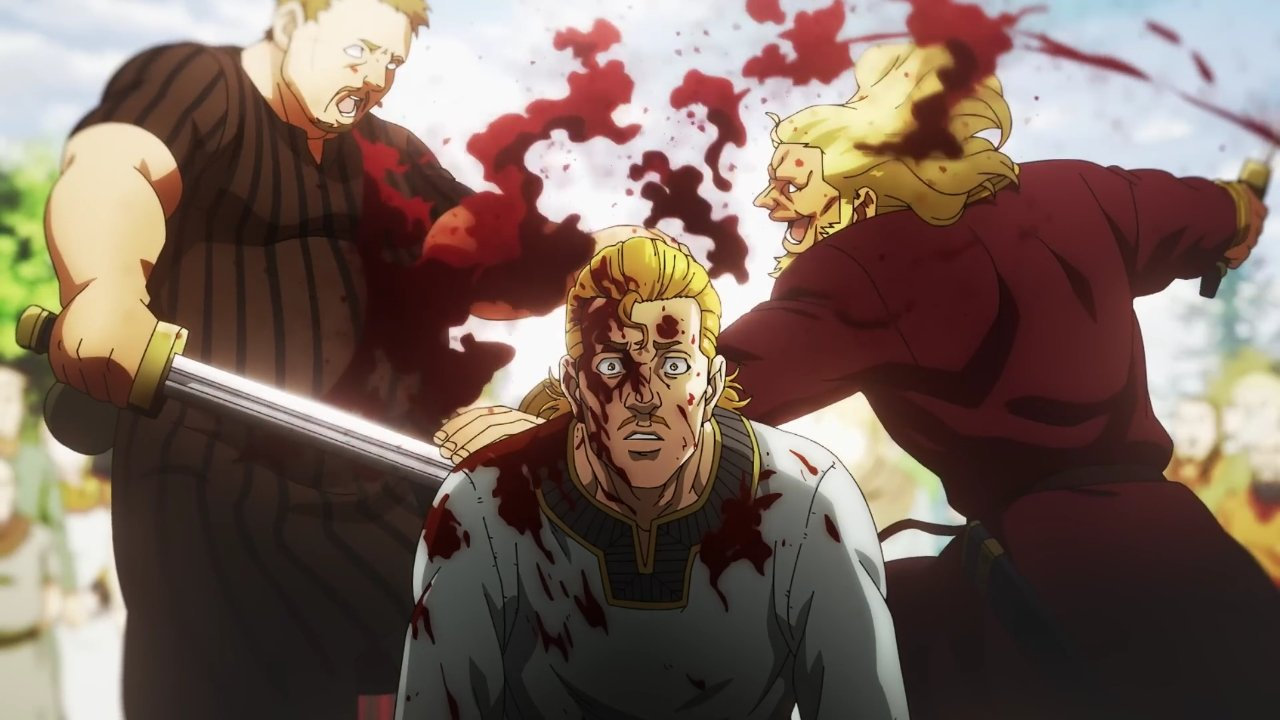 In spite of these challenges to his power, the trailer eventually sees King Canute reaffirm his power as a European leader by using a signal fire to communicate to his enemies that he has the authority to burn everyone and everything who stands in his way to ash. 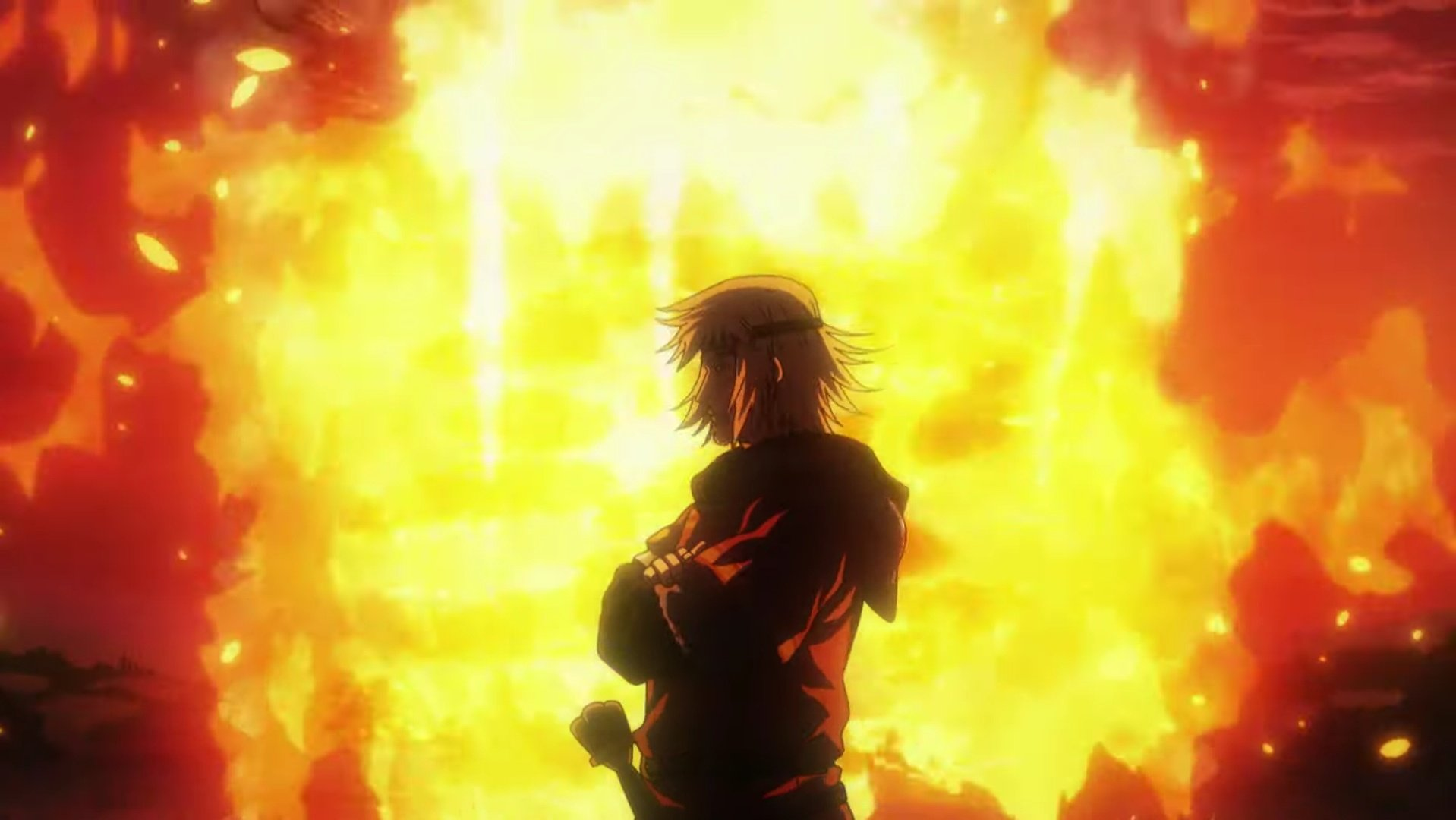 Finally, the trailer concludes with a shot of Thorfinn, who after hitting rock bottom and finding himself enslaved has lost the will to live.

As his image begins to fade into the darkness, the god-complex-suffering farm hands of Ketil’s land can be heard taunting him, “Let’s find out once and for all if we’re really inferior to you.” 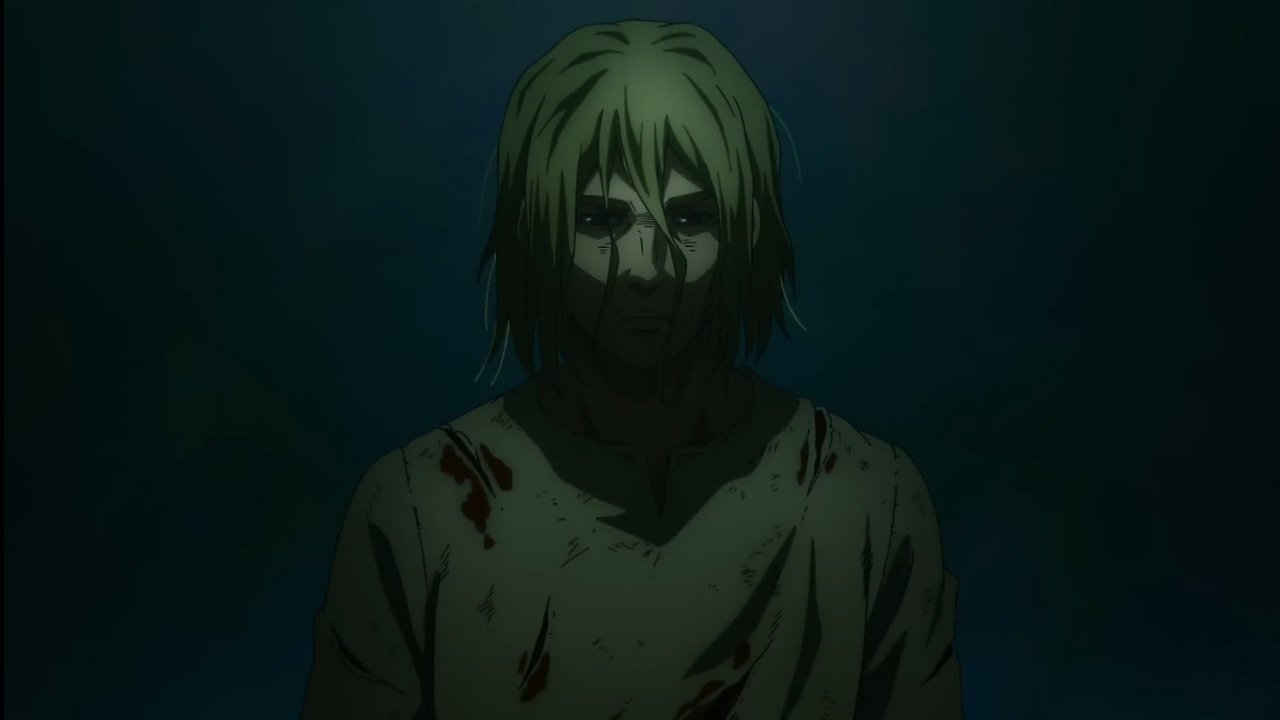 Alongside this new trailer, Mappa also confirmed via the official Vinland Saga anime website that Thorfinn’s enslavement would keep him locked away in Netflix’s notorious streaming jail.

According to the studio, upon the series’ January 9th, 2023 premiere in Japan, overseas viewers will be able to follow the simulcast for the second season of Vinland Saga on Crunchyroll and Netflix. 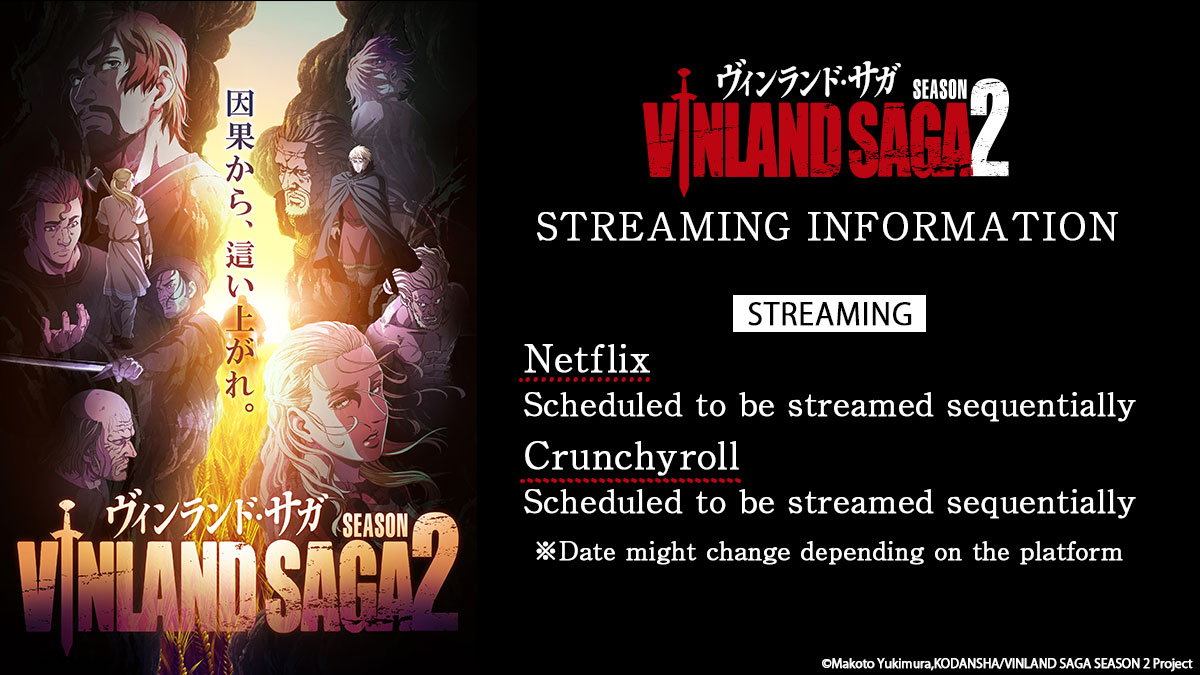