Square Enix’ President has declared “the Japanese market is no longer sufficient,” and that they must succeed in the “global market.” 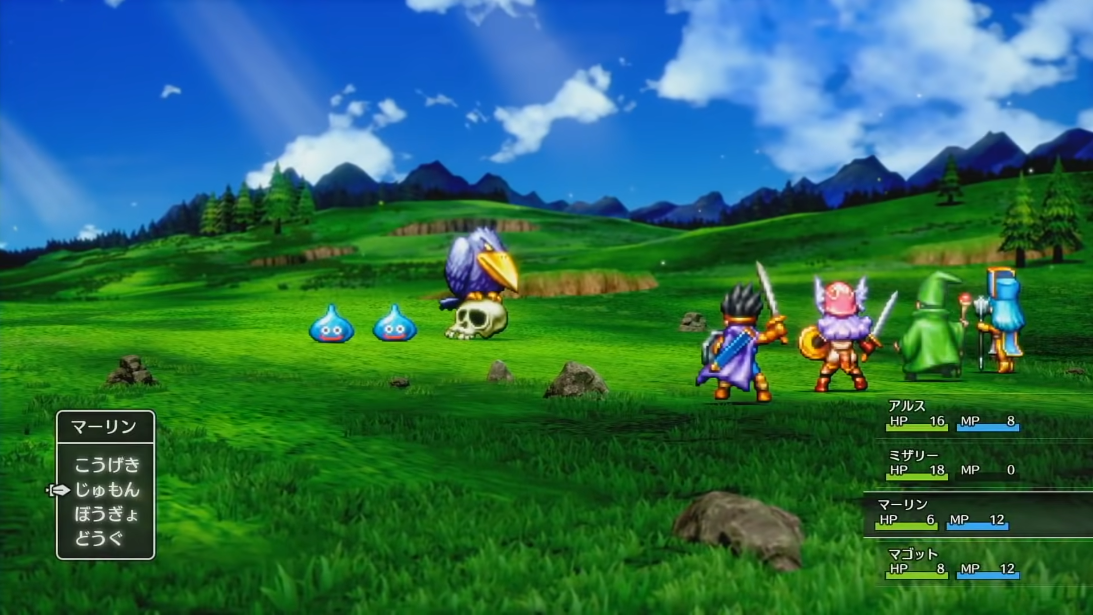 The news was broken by Twitter users noticing a particular page of Square Enix’ Annual Report 2022. Regarding the company’s business strategy moving forward, President and Representative Director Yosuke Matsuda discusses how the studio is planning on “revamping” their portfolio.

Matsuda reminded investors about the sale of Square Enix’ western studios and their IPs to the Embracer Group, asserting the aim “was to build stronger business foundations by revamping our portfolio of titles and studios, thereby enabling us to be selective and focused in leveraging our resources, as game development efforts become more sizable and sophisticated.”

What caught attention was the next paragraph, seemingly attempting to justify the company’s focus on the West. “Achieving major growth in the game industry is difficult now for companies that compete primarily in the Japanese market, given its graying demographics,” Matsuda explained. 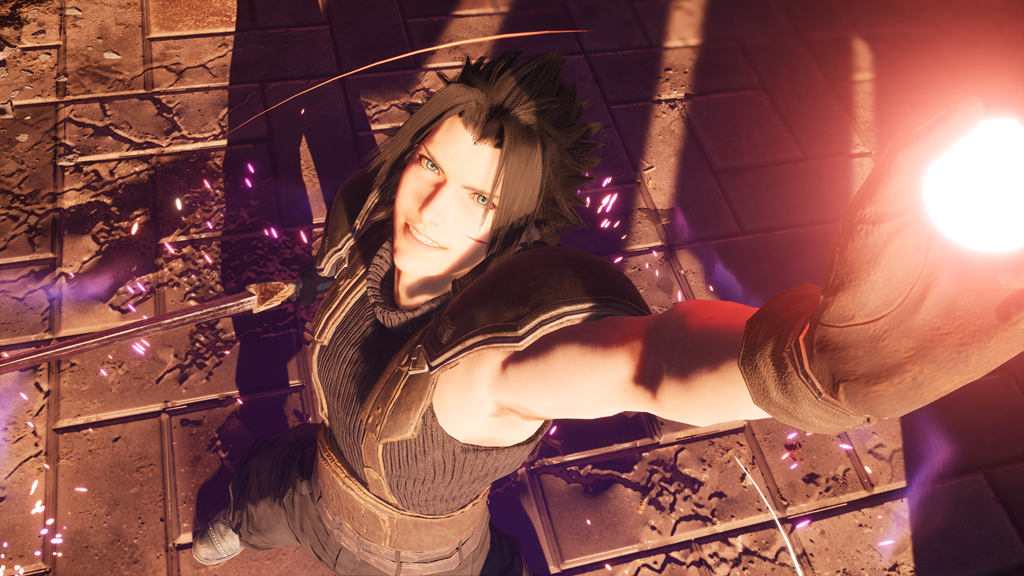 “As such, it is critical for our business that we produce hit titles that speak to the global market, which offers greater scale in terms of both customers and sales volumes,” the company president promoted. “Furthermore, game development efforts are becoming more sizable and sophisticated as the result of technological advancements in the devices on which they are played, such as consoles or smart devices.”

“The investment required to develop game titles is therefore an order of magnitude greater than in the past.” Matsuda then made Square Enix’s thoughts and future aims plain.

“In other words, the Japanese market is no longer sufficient for achieving a level of earnings that enables us to recoup our development investment and generate a profit, and we therefore need to approach our development efforts based on the assumption that we have to succeed in the global market,” he insisted. 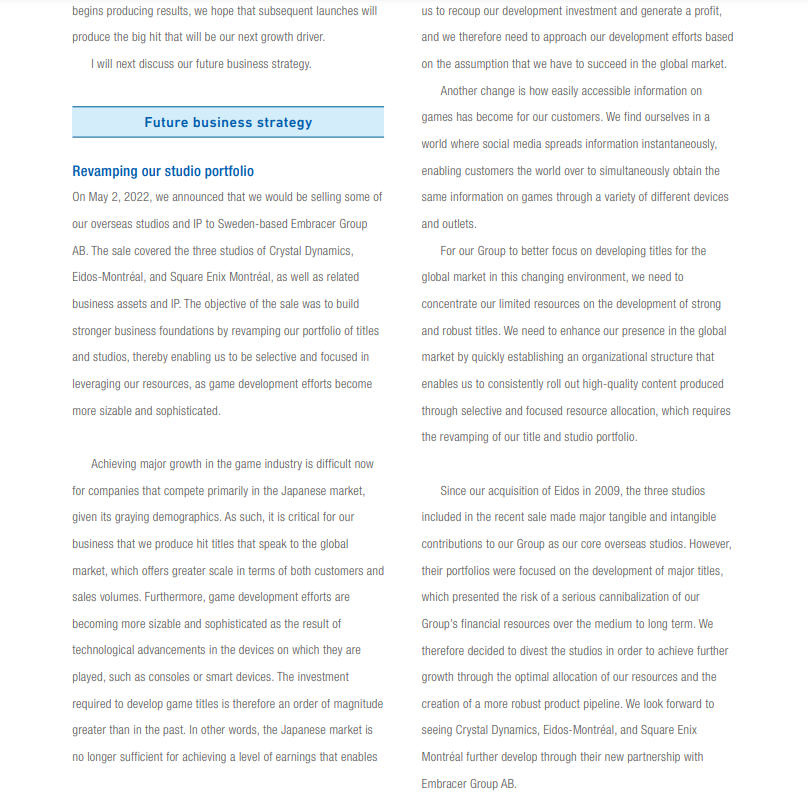 The focus may seem bizarre for a company built on JRPGs and the likes of Final Fantasy but some of Square Enix’ western endeavors have failed.

Outriders was touted as Square Enix’s “next major franchise,” only to meet middling to poor reviews from players and critics. In August 2021, developer People Can Fly even claimed they hadn’t received their first royalties, possibly a sign it hadn’t been profitable in its first four months.

It was announced in November last year that Marvel’s Avengers resulted in a $48 million loss for the company, failing to offset its development costs. The following year, Matsuda admitted the game “produced a disappointing outcome, noting that the Games as a Service business approach “highlighted issues that we are likely to face in future game development efforts.” 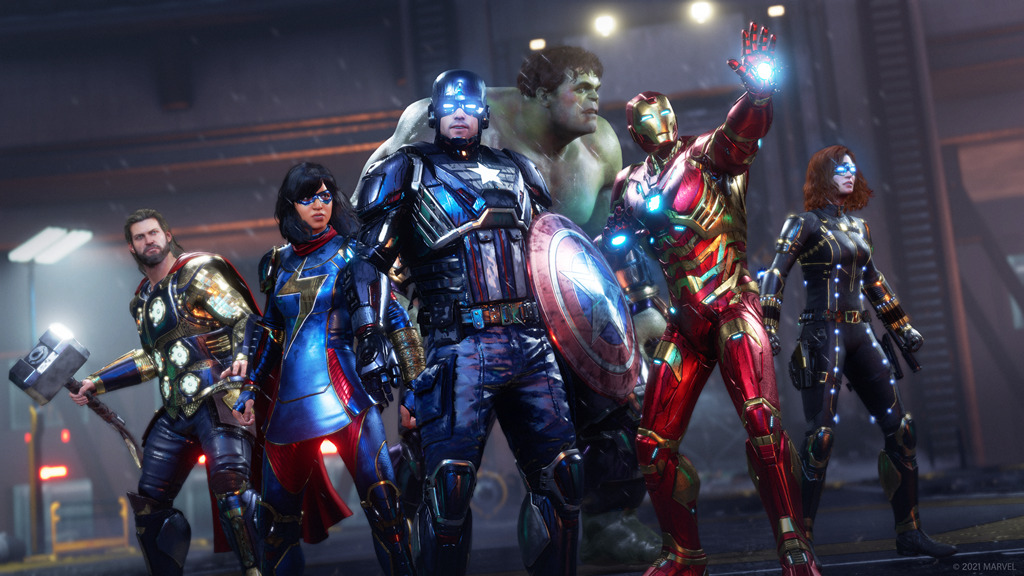 Even this year, Square Enix stated Marvel’s Guardians of the Galaxy “undershot our initial expectations” on launch. As such, it can feel like the Life is Strange series is Square Enix’s only success story of a title that both targeted and was developed for western audiences — though this would be an unfair generalization.

The news of Square Enix focusing on a global market may also be a surprise given Matsuda’s comments in April, though fitting given their context. In an interview Matsuda stated “Nowadays, the game market has become globalized […] The domestic [Japanese] market used to be large, but now it is spoiled next to China and the US.” 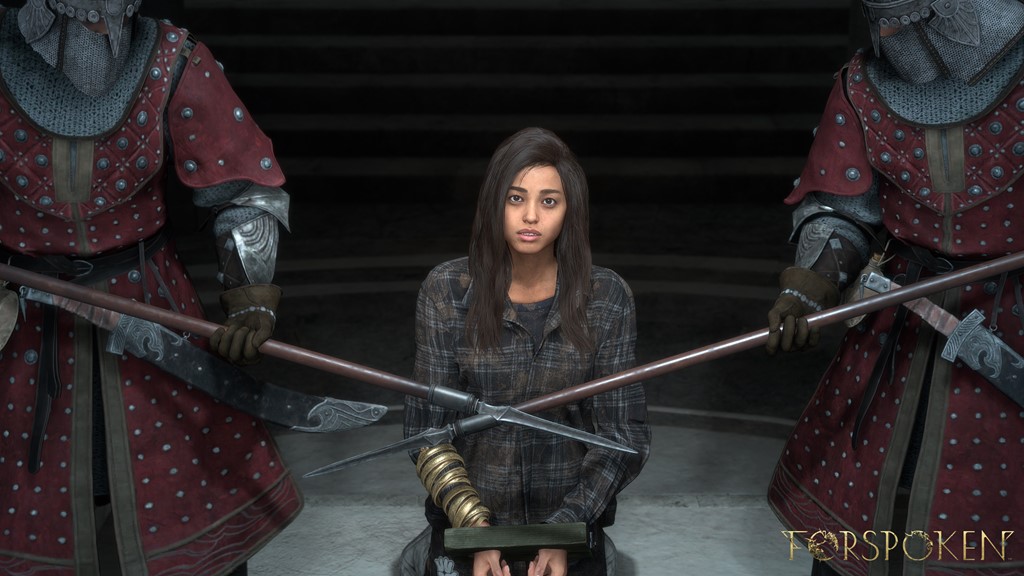 “If you are not recognized even globally, you cannot do business.” Matsuda however added “Interestingly, however, even if Japanese imitate western games, they will not be able to produce good ones. The drawings of monsters and the visual and audio effects are all somewhat Japanese. And players around the world know that [a given element] is what makes Japanese games good.”

“Overseas markets are important, but it is not enough to develop for them,” Matsuda stated. As such, will Square Enix’ “global market” focus mean they will still bring their Japanese charm? Or will it be hampered by their “ethics department” and censorship?