The Rings of Power proved to be a woke disaster with viewers lamenting how the Amazon streaming series desecrated J. R. R. Tolkien’s work. On the bright side of things, there is an alternative to it, and Bounding into Comics tracked down author R. M. Huffman to talk exclusively with him about his The Antediluvian Legacy—an epic, Tolkien-like series done right. 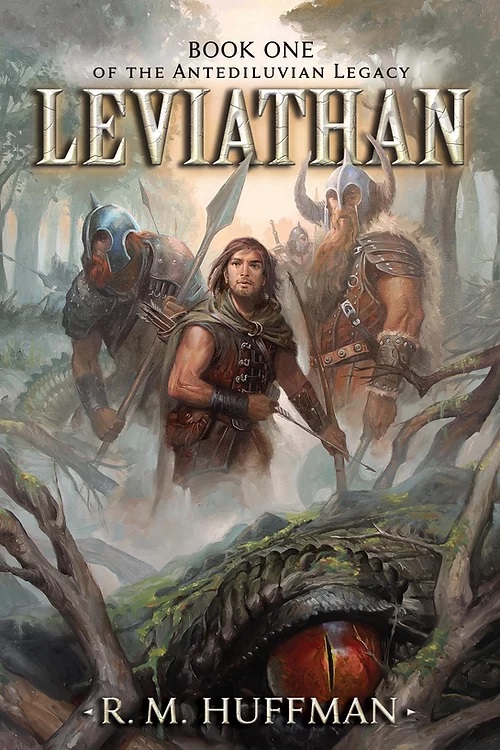 RELATED: Rumor: Amazon To Retool ‘The Lord Of The Rings: The Rings Of Power’, Sideline Current Showrunners After First Season Was “More Of A Failure Than They Could Have Been Anticipated”

Huffman and the author of this interview have known one another for a few years. He’s written a variety of fiction—including vampire tales and children’s books.

But The Antediluvian Legacy, starting with Leviathan, arguably stands as among his best work. The series features an immersive world and a grand tale, and fans of heroic adventures will definitely want to check it out. 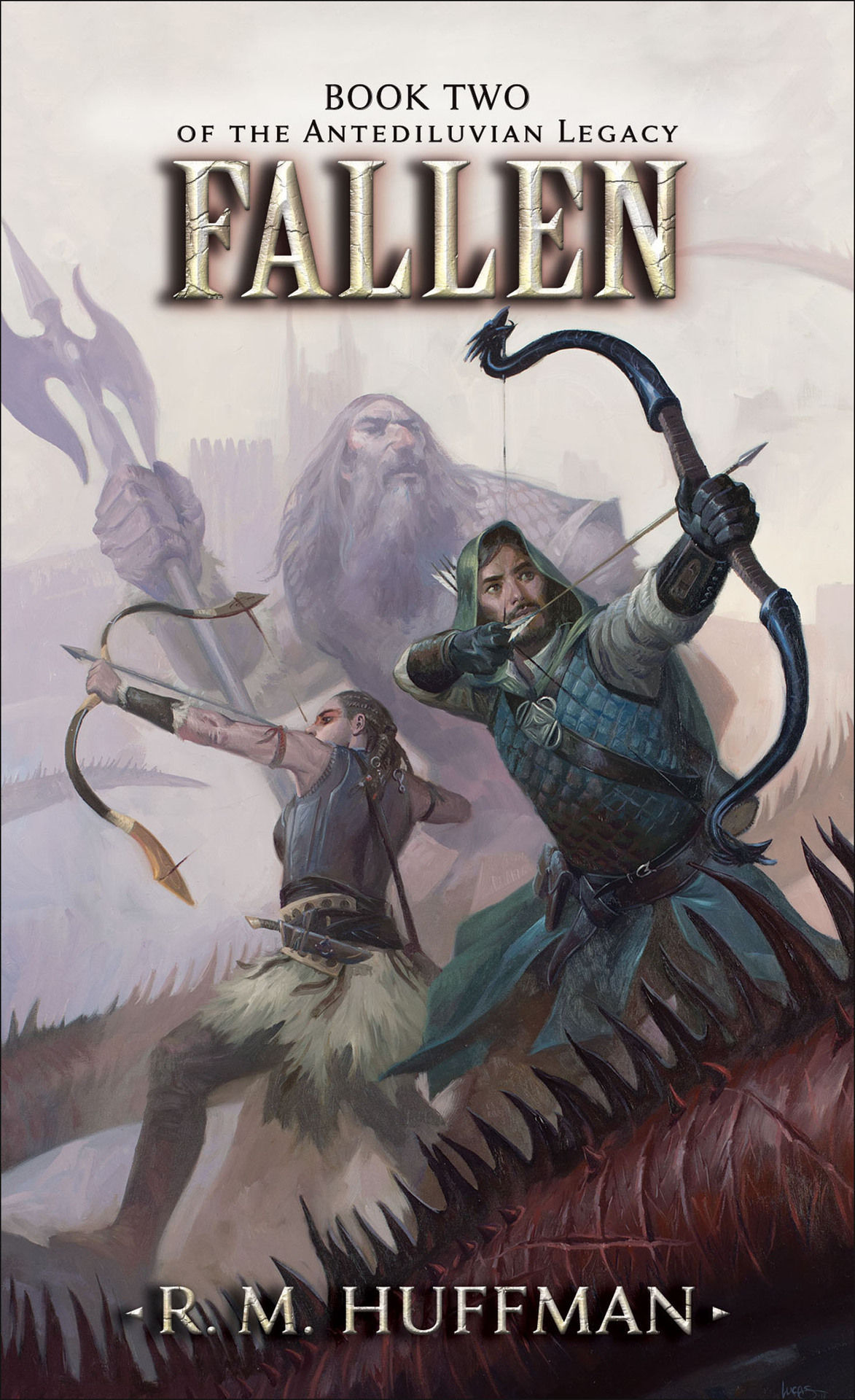 Bounding into Comics: How would you describe The Antediluvian Legacy and do Tolkien’s works consciously influence you while you write the series?

R. M. Huffman: My favorite description of the series is a review from the second book, Fallen, and I like it so much that I’d like to quote it in full:

I love Tolkien, but I didn’t want my books to be another riff on the fantasy tropes he established, hence: instead of elves, wizards, and dragons, we have humans living for almost a thousand years, half-angel Nephilim giants, and dinosaurs and other extinct megafauna. Like Tolkien, I certainly wanted to make a world that felt real and lived-in, with some thought given to travel, place, distance, and time. 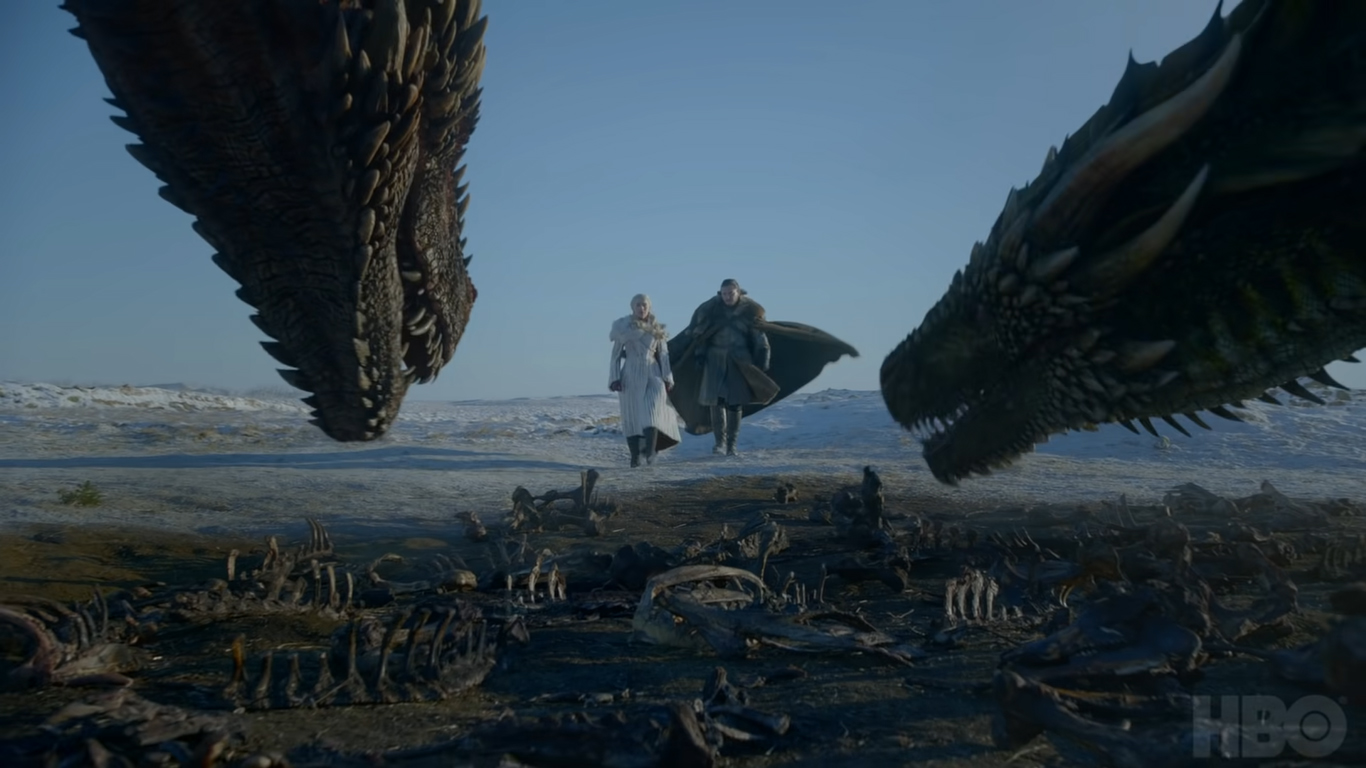 BiC: When will you publish book three, do you have a title for it, and will that be the end of the series?

RH: Great question! I’m over 40K words into writing it, which’ll end up being about a third of the novel, I think.

I’ve been distracted lately by a couple other creative projects, but I’m hopping back on this horse as we speak. My goal is to have the manuscript finished by spring and the third book—titled Remnant—published by the end of 2023.

BiC: Have you watched any of The Rings of Power and if so what is your assessment of it?

RH: I have! I was naturally curious about the project as a big-budget visit to Middle-earth, but after learning that the showrunners were acolytes of J. J. Abrams and seeing what Amazon did to The Wheel of Time, I didn’t have much faith that it would be anything but disappointing at best. Matthew Kadish and his Salty Nerd crew asked me to participate in a Saturday streaming discussion, though, so that pushed me over.

My assessment overall: The Rings of Power was an absolute debacle, both in the context of existing Tolkien lore and as a fantasy narrative in its own right. For a sample of my thoughts, check out this Twitter rant. 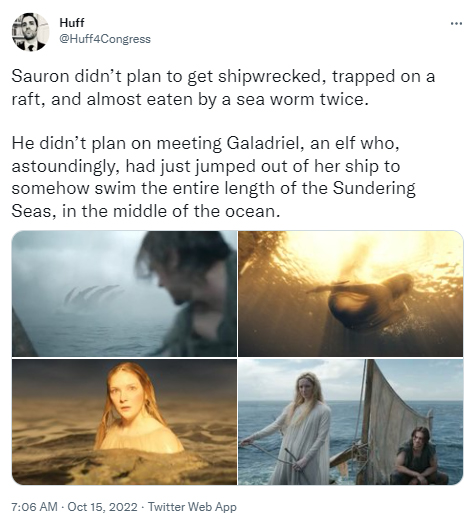 BiC: Are you working on any other books or are there any that you want to promote right now?

RH: I have a few other projects cooking, as usual, but let’s keep this interview strictly focused on The Antediluvian Legacy. Again: like The Lord of the Rings or Game of Thrones, but with dinosaurs!

BiC: Apart from purchasing your books, what is the best way for readers to support your work: Amazon reviews, promoting you by word of mouth, or something else?

RH: Yes, yes, and yes. Those are the top three ways you can support any author, for sure, and I don’t think any of your readers will regret checking out Leviathan and Fallen.

RH: My neglected website is www.thehuffmanletters.com, and the Twitter account I’m most active on (and semi-anonymous, since it’s a lot of politics and pop culture criticism), is @Huff4Congress. At the moment I’m “Zillionskyy,” but I’m sure that’ll change soon. [Editorial Note: It’s “Huff” as of the time of writing this.] 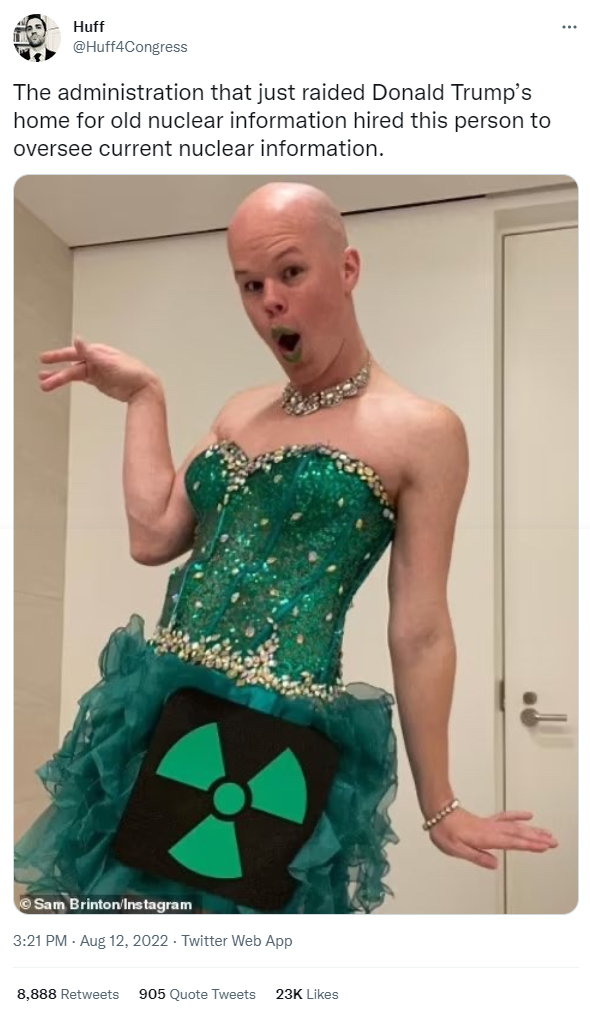 So make sure you pick up the first two novels of The Antediluvian Legacy, and keep your eyes open for Remnant! You won’t want to miss this epic, Tolkien-like fiction!

NEXT: Interview: Luciano Cunha Launches ‘Mr. Now,’ a Superhero Story With A Twist