Merchandise for The Flash on display at the Comic-Con Experience in Brazil, which is better known around the world as CCXP, offers some spoilers of what we can expect to see in the film. These concern Sasha Calle’s Supergirl perhaps quashing the homecoming of Henry Cavill’s Superman, and STAR Labs — a bonafide institution in the Kryptonian and Speedster corners of the DCU. 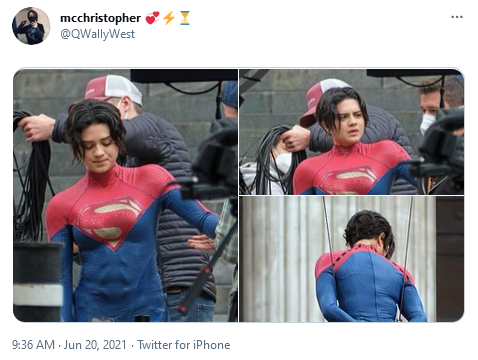 On Twitter, the Home of the DCEU shared an image of a lanyard at CCXP 2022 that “seems to hint at S.T.A.R. Laboratories making their return to the DCU with ‘The Flash‘!” It’s fitting when Barry Allen has connections there on practically every Earth in the Multiverse, with the Central City facility often serving as a base of operations for him.

#CCXP22 merch seems to hint at S.T.A.R. Laboratories making their return to the DCU with 'The Flash'! pic.twitter.com/chcXIUnFbB

That was especially the case on The CW series where Barry has a whole team of friends and Metahumans at his disposal, but the STAR Labs reference is only the tip of the iceberg. In the same shot, is a T-shirt with a tagline for the film: “Two idiot kids. A retired vigilante. And a half-charged solar-powered alien.”

It’s an odd line that arose from remarks made by director Andy Muschietti in 2021 describing the plot. In an unreleased DC FanDome promo, he speaks of a “…Justice League that is not the powerful Justice League that we all know. Half solar-powered alien and two idiots. I embrace the fact that these underdogs are going to save the world.”

Warner Bros.’ old regime did not want the interview with Muschietti to get out for whatever reason — perhaps it gave too much away — and failed to include it at that year’s FanDome. Social media, though, doesn’t have their reservations and neither do the new bosses of WB Discovery. As a result, we can clarify some controversial rumors.

There was a fear The Flash would nerf the intelligence of Barry and Michael Keaton’s elder Bruce Wayne, reducing them to the two noted idiots that need the ‘Mary Sue-pergirl’ to bail them out of disaster. This turns out to not be the case as the idiots are actually the two Barrys which makes more sense considering Ezra Miller’s portrayals to date.

Clearly then, the retiree is Bruce which leaves Calle as the half-powered alien. The question is how she got left that way. The answer may be found in leaked concept art and an image from the trailer that’s made the rounds all year. The latter shows Barry in his new costume looking up at a foregrounded something in a red room.

‘The Flash’ merch t-shirt displayed at CCXP includes a slogan harkening back to the leaked/unreleased 2021 DC FanDome video: “Two idiot kids, a retired vigilante, and a half-charged solar-powered alien.” from DCEUleaks

The art suggests Supergirl is held in a cell at STAR Labs equipped with red solar lights to keep her power levels low and manageable for the purpose of study and observation. She may be a lab rat or they could be keeping her until they figure out how to use her as a weapon. We don’t really know.

It is evident now, however, that Barry sets her free and recruits her then and there to fight Zod and Faora. According to some rumors and reports from test screenings, she replaces Henry Cavill to face off with the returning Phantom Zone inmates in a reenactment of Man of Steel that supposedly rewrites the 2013 film’s final act in a Flashpoint scenario.

Of course, that was the story going around before Cavill re-entered the chat in Black Adam. As of now, new reports that Cavill is taking part in reshoots that place him in the third act of The Flash are gaining steam. Those have a fair amount of credibility as the actor is slated to appear — even if it’s for a brief cameo. 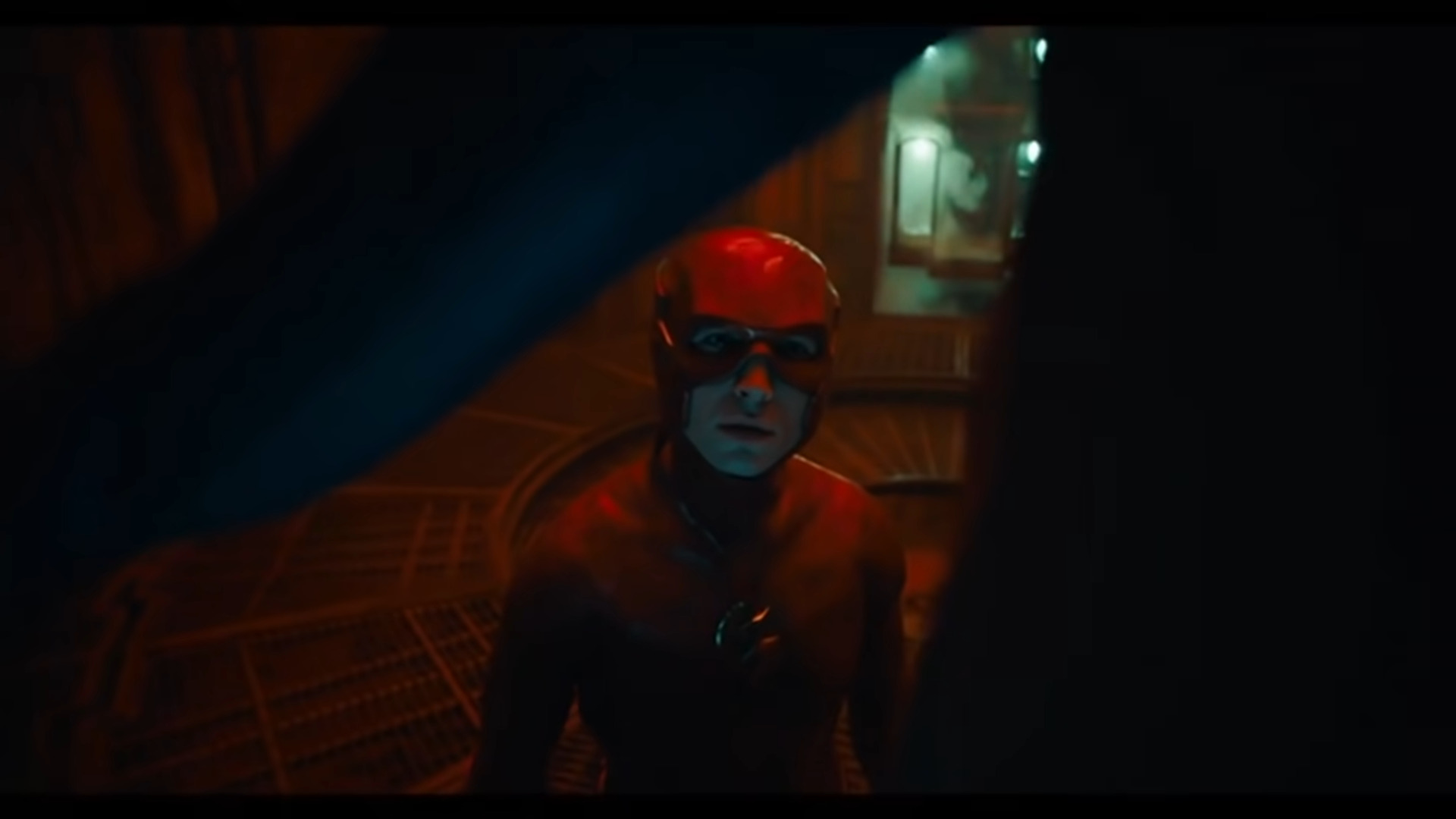 The only thing for certain is The Flash won’t be the same film it was supposed to be while Walter Hamada was in charge of DC Films and Ann Sarnoff and Toby Emmerich were in charge of Warner. Their departures and Discovery’s buyout saw to that and the current climate might not bode well for the future of Michael Keaton’s Batman after mid-2023.