Renowned actress Kirstie Alley has lost a sudden battle with cancer, passing away at the age of 71. The news came as a shock due to her cancer diagnosis, which reportedly was “recently discovered.” Alley was a huge TV and cinematic icon during the 1980s and 1990s, but her big screen career essentially dried up after the new millennium. 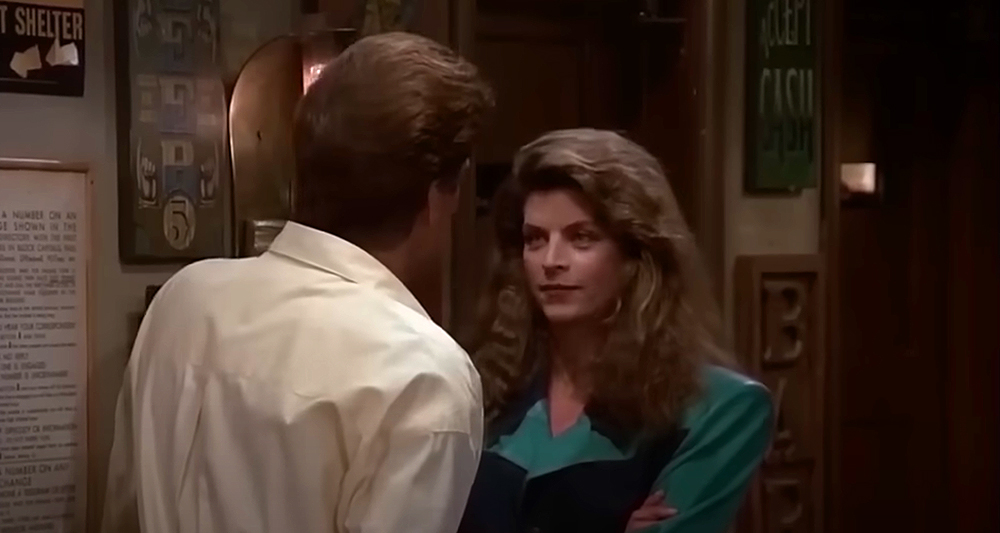 Nevertheless, Alley had managed to maintain a likeable and recognizable presence via reality TV shows like Kirstie Alley’s Big Life, Dancing with the Stars, and Fat Actress. The latter show was a natural outgrowth of Alley’s continued weight battle, which she parlayed into a successful stint as a spokeswoman for Jenny Craig between 2004 and 2007.

She also starred in a string of projects with varying levels of success, which kept her career moving along at a steady pace, despite some setbacks like her short-lived 2013 sitcom Kirstie.

Alley got her start in television on such shows as Match Game and the mega-popular Love Boat, but her career accelerated when she was cast as Lieutenant Saavik in 1982’s much-beloved Star Trek II: The Wrath of Khan. It quickly became one of her most recognized and iconic roles, especially among longtime Trekkers. 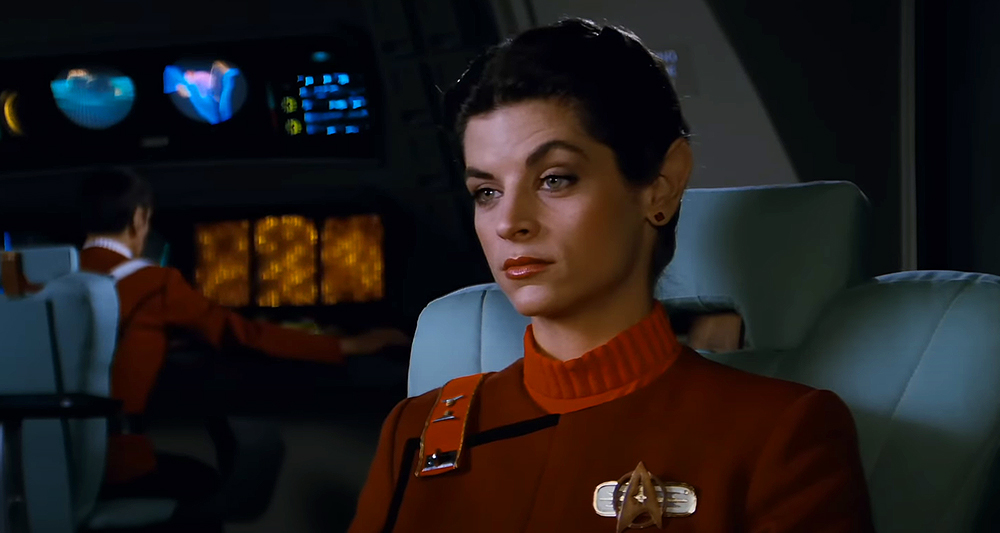 The role of Saavik was passed to actress Robin Curtis when Leonard Nimoy helmed Star Trek III: The Search for Spock. Rumors circulated that actor William Shatner was not particularly fond of Kirstie during the filming of Star Trek II, but that rumor has never been truly confirmed. Nimoy himself stated that Alley’s then-agent demanded an exorbitant sum to reprise the character, which prompted the recast.

Alley later went on to fill the casting hole on Cheers when actress Shelley Long departed the series in 1987. Her character, Rebecca Howe, was a marked departure from Long’s character Diane Chambers, creating an entirely new dynamic between herself and the character of Sam Malone, played by Ted Danson. 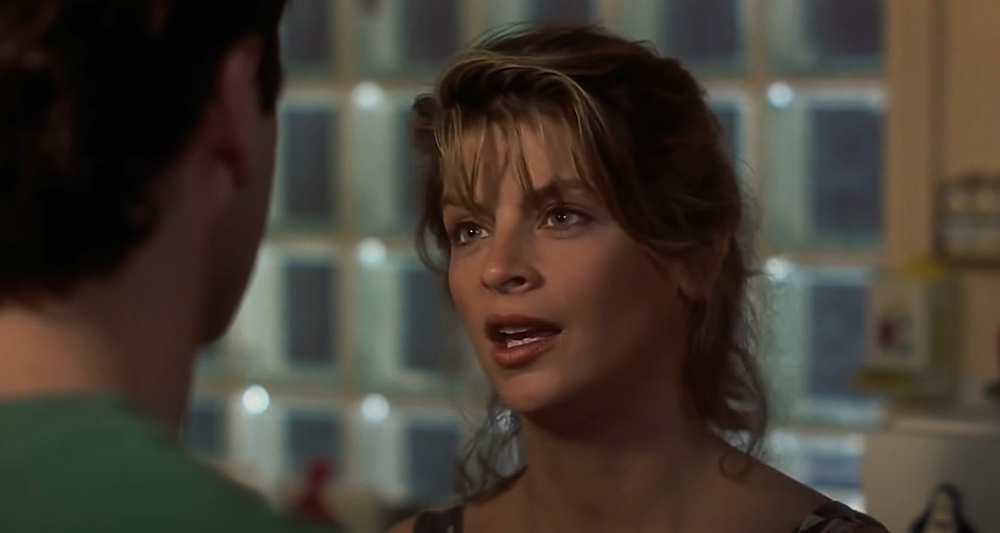 Kirstie would both maintain, and revitalize her success at the end of the decade with the classic comedy film Look Who’s Talking, co-starring John Travolta and Bruce Willis. Just one year later, a sequel dropped which added the voice talents of Roseanne Barr. She went on to star in Village of the Damned alongside Christopher Reeve, as well as 1997’s Deconstructing Harry, and the mockumentary film Drop Dead Gorgeous, her last film role of the 1990s.

Less known to the general public are Alley’s religious and political views, which are both controversial, for different reasons. Alley was a longtime Scientologist who donated millions to the church, while rubbing shoulders with other celebrity members such as co-star John Travolta, and Lisa Marie Presley, who left the church more than a decade later. 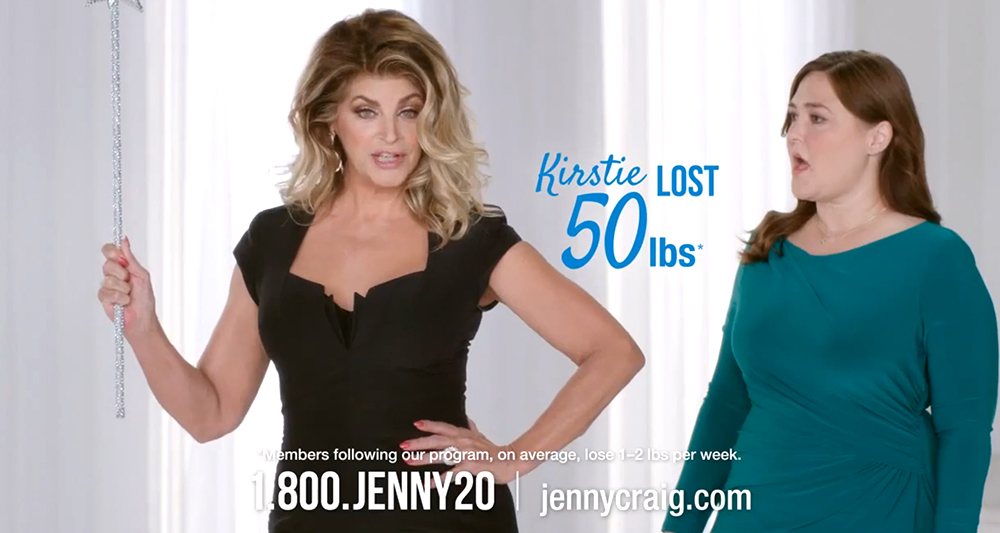 Politically, Alley leaned to the Right, voting for Donald Trump, and Michigan politician John James. According to Left-wing celebrity friends in Hollywood, her political views caused friction, but she was still held in very high regard.

Radically Left actress Jamie Lee Curtis expressed sadness at the news that Alley had passed, stating on Instagram, “We agreed to disagree about some things but had a mutual respect and connection. Sad news.”

Comedian Adam Corolla also offered his condolences over Twitter, saying “I felt lucky to know you @kirstiealley. Rest in peace, my friend.” 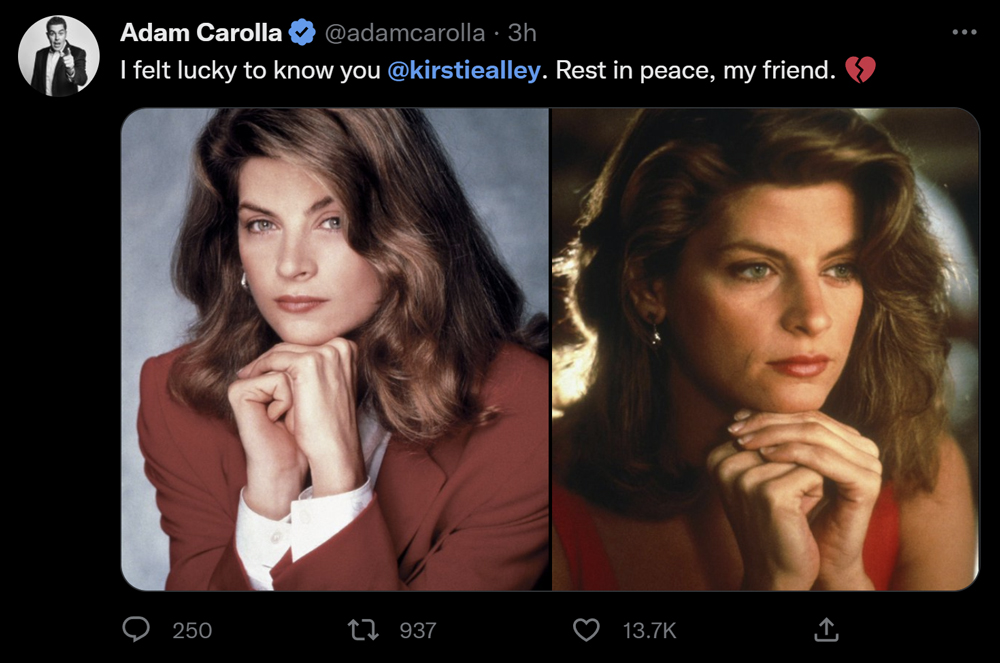 Actress, director and producer Jackée Harry also took to Twitter to offer her condolences over Alley’s passing, stating “Whether you agreed with her or not, Kirstie Alley was an undeniable talent who brought joy to many – through the screen and with her warm, hilarious spirit.” 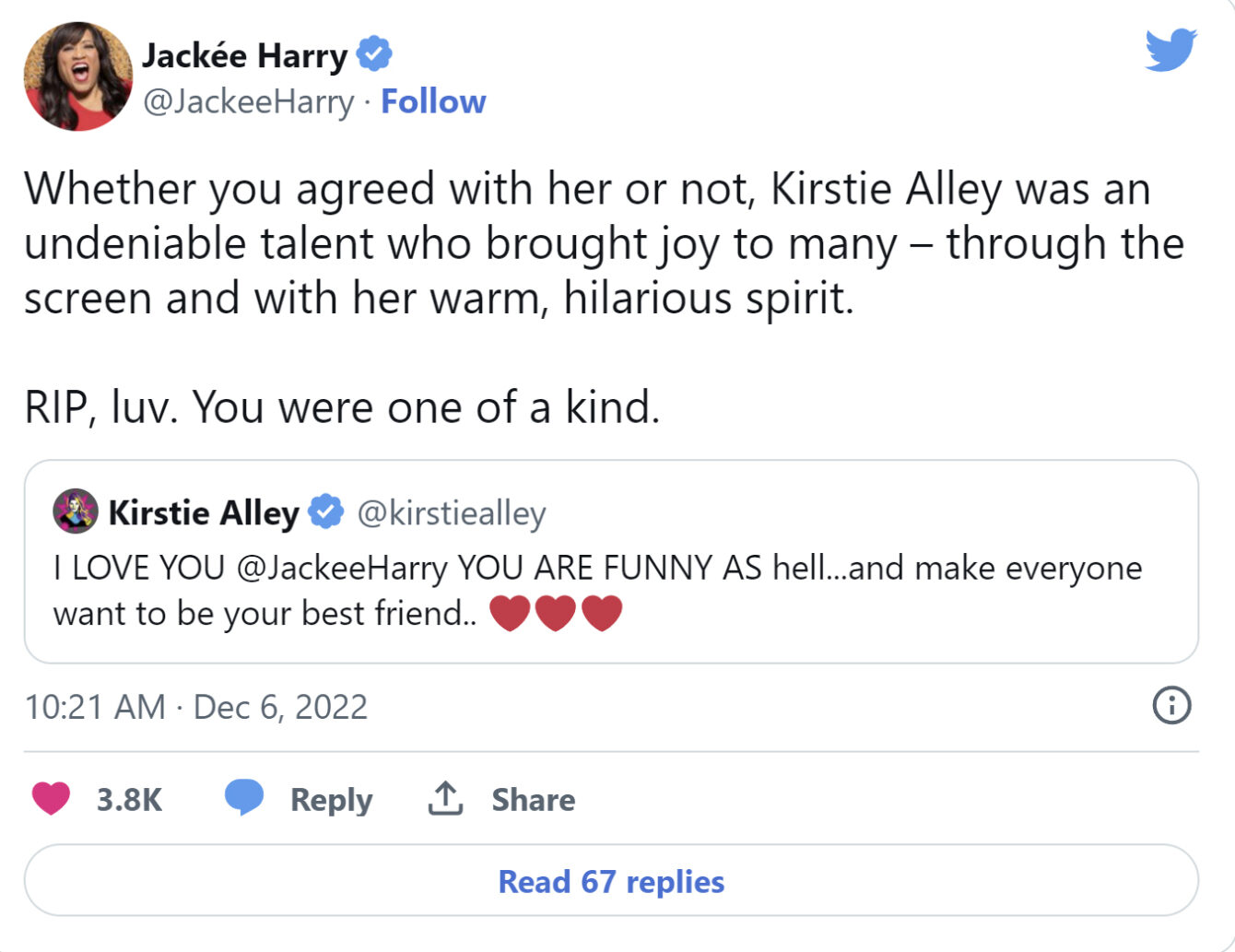 Similar outpourings of sympathy and condolences continue to come from celebrities on both the Left and Right spectrum of politics, which is a rare display of unity in an otherwise fractured and overtly partisan society. Ironically, Alley’s death is a rare glimpse into the civility enjoyed by the country just a few years ago, before the Left’s incendiary and hate-filled rhetoric began splitting the country down the middle.

And perhaps that’s the greatest takeaway. While tons of Left-wing Twitter trolls are currently dancing on Alley’s grave – as they do with every single one of their opponents who won’t bow to the hive mind groupthink – the larger voice is one of respect and admiration for an Emmy-winning screen legend. Kirstie Alley did not subscribe to Left-wing orthodoxy, and she refused to court the Woke. Yet, even today, a large spectrum of her political opponents are showing the proper respect. 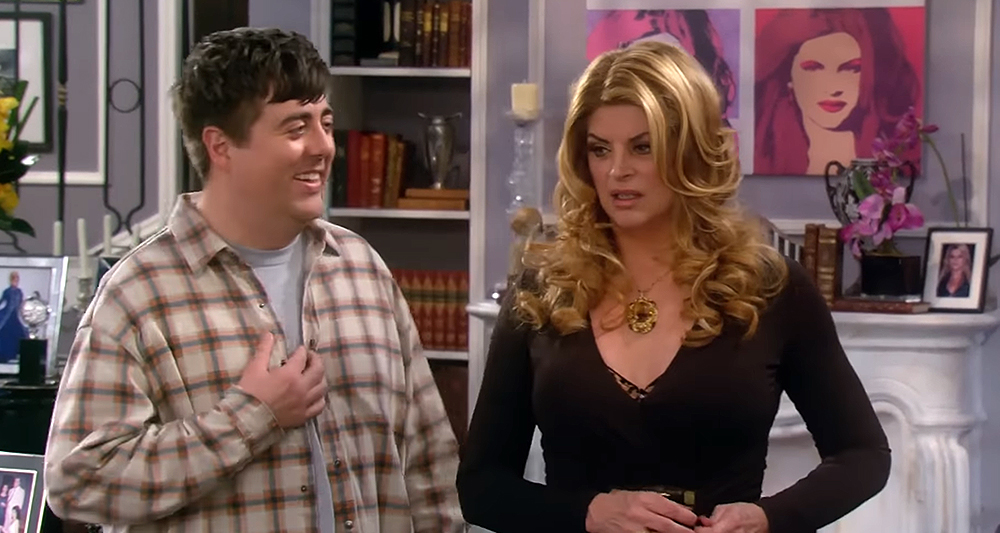 Will it last? Doubtful, but it’s one of those rare breaks in the torrential storm of political chaos and fundamentalism that has engulfed the Western world. Hate is far more addictive and exciting than love when it comes to politics, but even that has its limits.

For now, Kirstie Alley will be fondly remembered for making us laugh as a talented comedic actress, as well as a strong dramatic lead. Her characters were as unique and interesting as her own charisma and stage presence, and her personal life, complete with roses and thorns alike, is a testament to the human condition, and the struggles we all face on a daily basis. 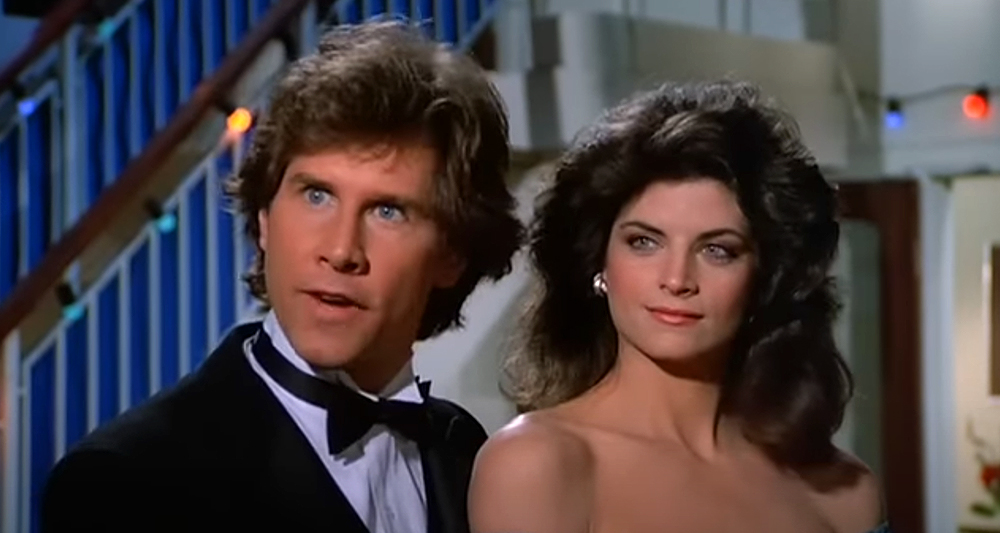 On behalf of everyone here at Bounding Into Comics, we bid a fond farewell to Kirstie Alley, and offer condolences to her family members.

NEXT: Actress Sydney Sweeney: “I Want To Have A Family, I’ve Always Wanted To Be A Young Mom”