A few weeks back we told you about some kaiju collectibles hitting the market including a statuette of cosmic clone SpaceGodzilla from Bandai. That wasn’t the only product to feature the Heisei Titan coming out this year. The other was a Magic: The Gathering card made for the Ikoria: Lair of Behemoths expansion and MTG Arena.

A SpaceGodzilla, Death Corona card, planned months in advance, was part of the Ikoria set but then altered and pulled going forward due to the pandemic, MTG stated on its website in April.

“Months ago, when Ikoria: Lair of Behemoths was finalized, the world was a very different place. As we all adjust to a world altered by the spread of COVID-19, the word ‘corona’ has taken on a new meaning.”

The Corona Beam is SpaceGodzilla’s primary special attack and it’s borne that name for 26 years. Still, the people at Hasbro, makers of MTG, thought it prudent to not stir up controversy and make the appropriate modification.

The statement goes on:

“In context, the card we’re about to show you made sense when it was originally conceived—”the Corona Beam” is Spacegodzilla’s traditional breath weapon. However, we were unable to change our printing in time to address the new meaning of corona. The initial printing of Ikoria will arrive on shelves soon and this card will be part of the set, but we are taking steps to remove or change the card where possible.”

It further says “reprints of Ikoria will remove this card” and it’s renamed SpaceGodzilla, Void Invader for Arena. Magic Online won’t distribute the Death Corona card as part of its Godzilla Monster Series any longer. 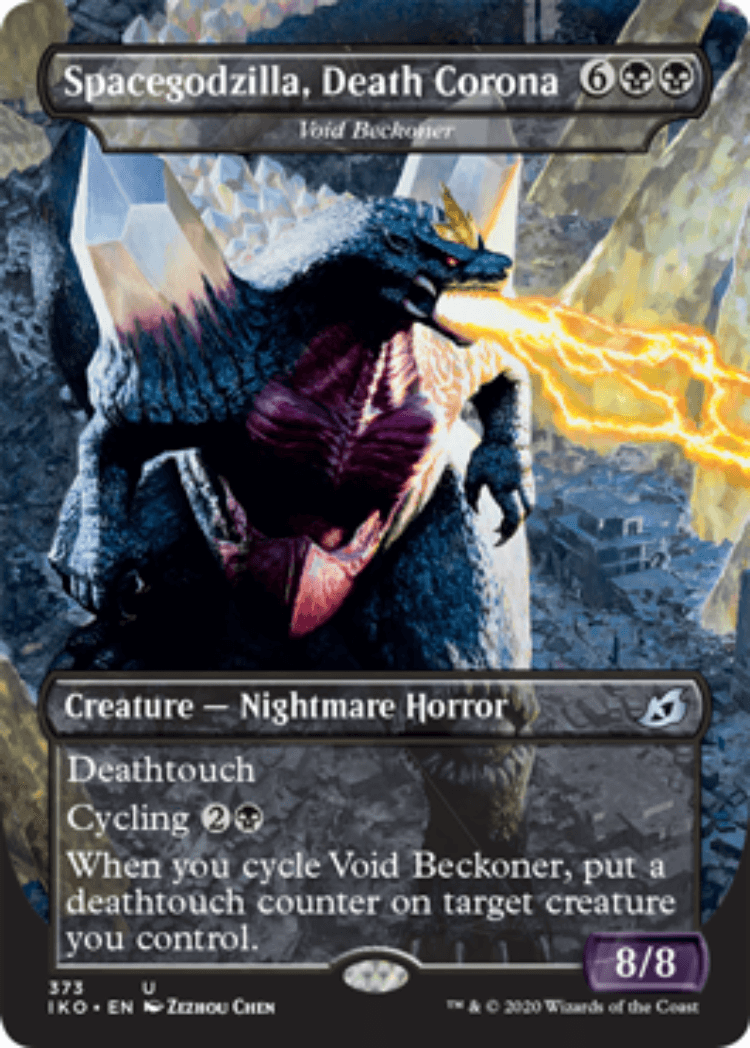 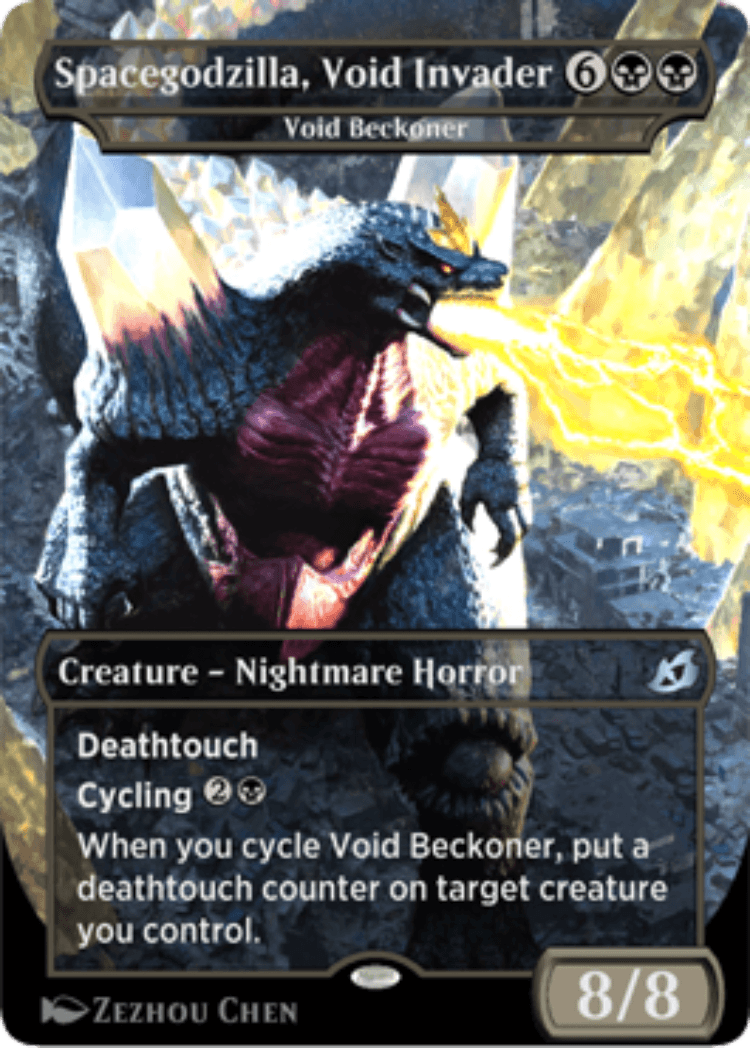 Though withdrawn, the Death Corona card is sure to become a hot collector’s item with ones floating around out there and being unboxed.

I opened me some godzillas
Apparently Death Corona spacegodzilla foil is worth a pretty penny since he’s never ever getting reprinted again cause corona lol pic.twitter.com/qoKqs8f9ho

Related: New Banner Released for Godzilla vs. Kong and King of the Monsters Director Michael Dougherty Pitches a Sequel

SpaceGodzilla made his first and only appearance in 1994’s Godzilla vs. SpaceGodzilla. Created via a reaction when samples of Godzilla’s DNA met a black hole, SpaceGodzilla nearly terraformed and took over the Earth, like Ghidorah.

Other than his Corona Beam, he can fly and summon large crystals that not only feed his power but that he can levitate and hurl at opponents. SpaceGodzilla can lift and throw other objects, not limited to Godzilla himself, with his offensive beams.

Despite being in just one movie, the Heisei-period creature is a fan favorite and continues to show up periodically in video games, comics, and fan fiction.

For complete information on SpaceGodzilla, watch the Kaiju Profile below.

And then gaze upon some early concept art:

Ikoria: Lair of Behemoths was released on May 15th.