Toy and collectible maker NECA is bringing an end to its sale of Godzilla merchandise later this summer.

On Wednesday, the Jersey-based company issued an official statement urging this is your “Last Chance to buy Godzilla!”

The statement reads they will not be “selling Godzilla merchandise” after mid-August and buyers are in the middle of their final opportunity to get the merch while it lasts.

“Once these are gone, they are gone,” it says. 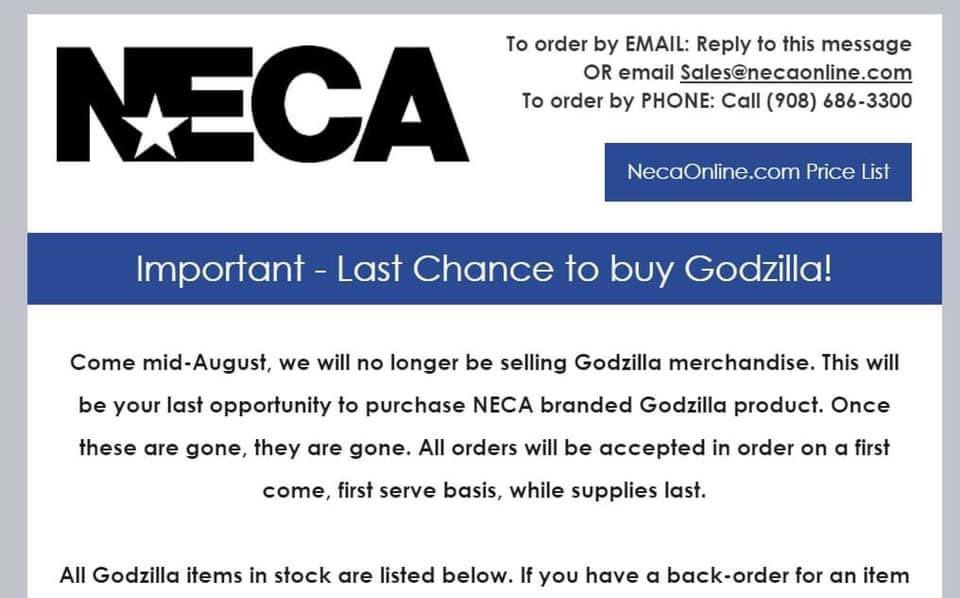 Their official Twitter sent out confirmation they knew this was coming for months in response to another user who shared an image of the statement.

“It’s true,” says the tweet. “Warned that this was coming back in March. Sadly the collectors market will be ignored in the US for the foreseeable future.” 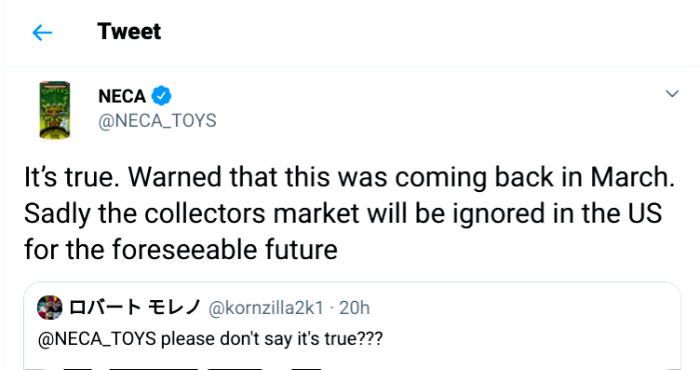 No reason was given but it most likely has to do with the active license possessed by Playmates to make Godzilla vs. Kong tie-in merchandise.

Twitter user Shadow of Godjira points this out in a reply to Kaiju News. He also makes a fair point about Twitter needing an edit button. 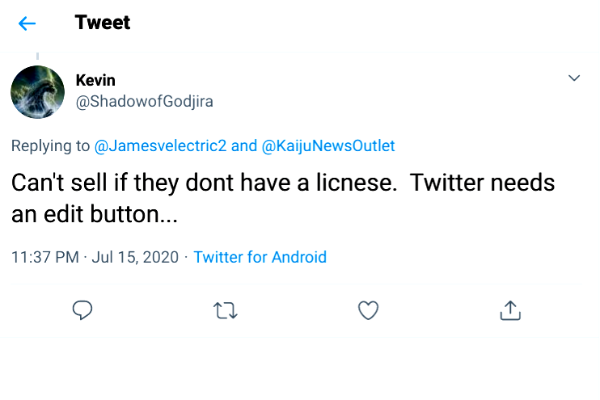 He adds Playmates can hold onto the toy license in perpetuity if they see fit, meaning no one else gets to produce Godzilla toys for now. 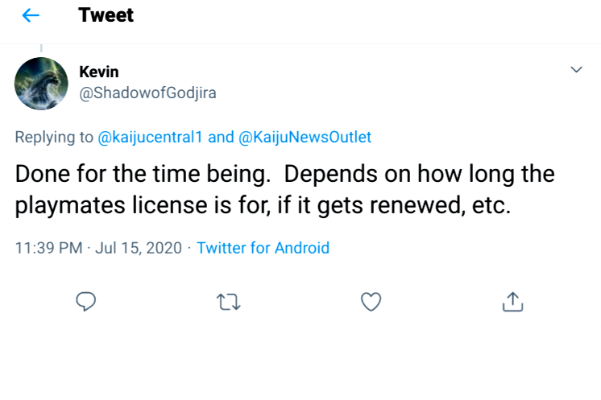 Playmates is very proprietary with their stuff as of late. We got our first glimpse of their GVK line of figures at an expo in Hong Kong back in January.

The designs, details, and new monsters leaked, but the company didn’t let that stand for long. Most leaks were quickly pulled from the web.

NECA is known for its collectibles inspired by monsters and popular IPs including TMNT, Alien, and Predator. The company’s line of Godzilla toys is vast, encompassing every era up to 2020.

They are releasing a King Kong figure inspired by the original 1930s RKO film in September. How the licensing snafu will affect future Kong offerings remains to be seen.